Komame-tei was a nice little living artwork by Satoshi Murakami that was very derivative of his other works.  Satoshi Murakami has a very interesting way of showing us exactly what we need to survive.  After the Tohoku Earthquake in 2011, Satoshi Murakami was inspired to get out of his apartment and live on the streets.  He created a small house that he could carry and travelled around Japan.  It is this original artwork that inspired Komame-tei, a “small bean house”. 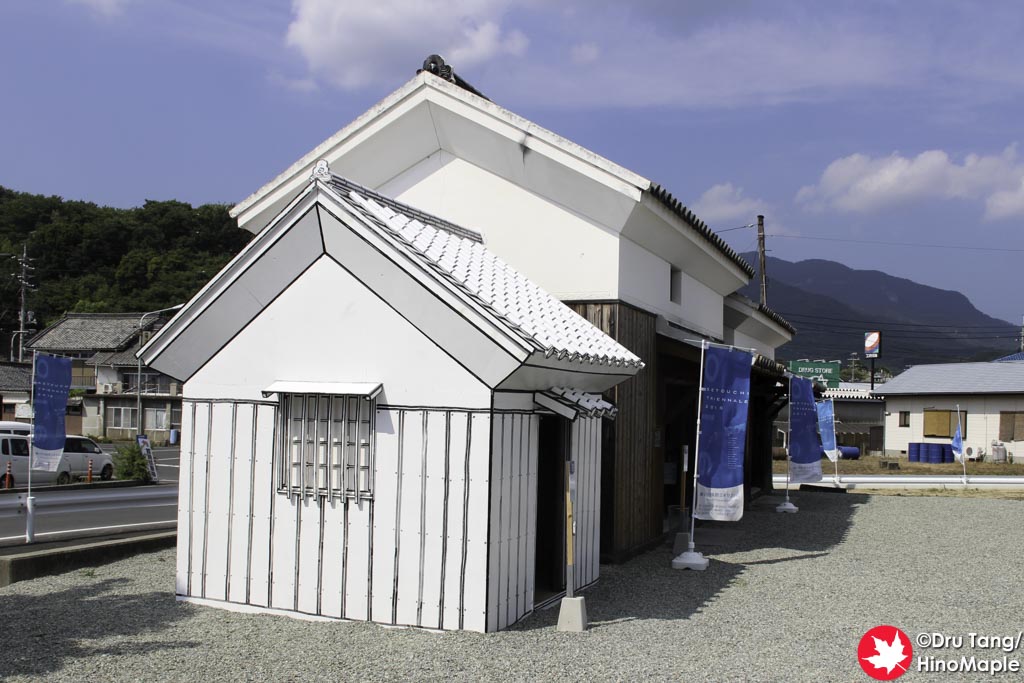 Komame-tei is a small plywood hut of a single room.  The outside is designed to look like it is made of cardboard and the flat white with black marker to outline the shape makes it appear fictional in a real setting.  Think of it as a 2D drawing made into a real 3D shape.  It was a really nice looking place and it was fun to photograph it in various light angles and with the real building next door. 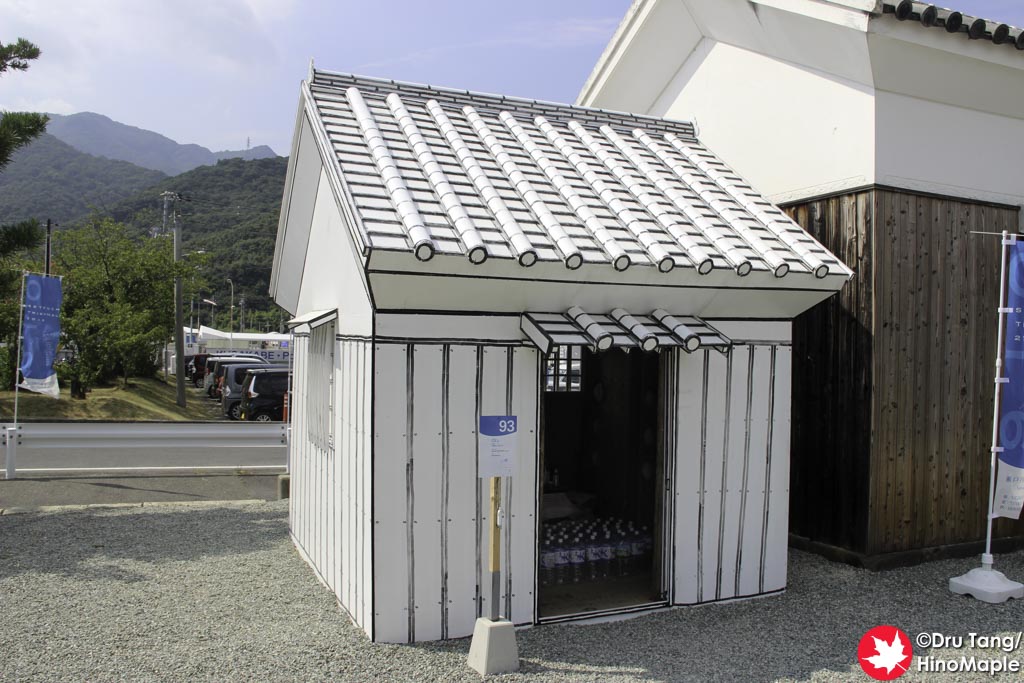 Inside Komame-tei, Satoshi Murakami lived for about a month during the spring edition of the Triennale.  His project was to live there subsisting on whatever the locals gave him.  He had a small burner, a pot, and a few clothes to live.  There is a wonderful post by David at Setouchi Explorer where he talks with Satoshi a little and learned about his complaints.  Needless to say, Satoshi didn’t have a luxurious life and being a young man he was often more interested in cute girls than anything else. 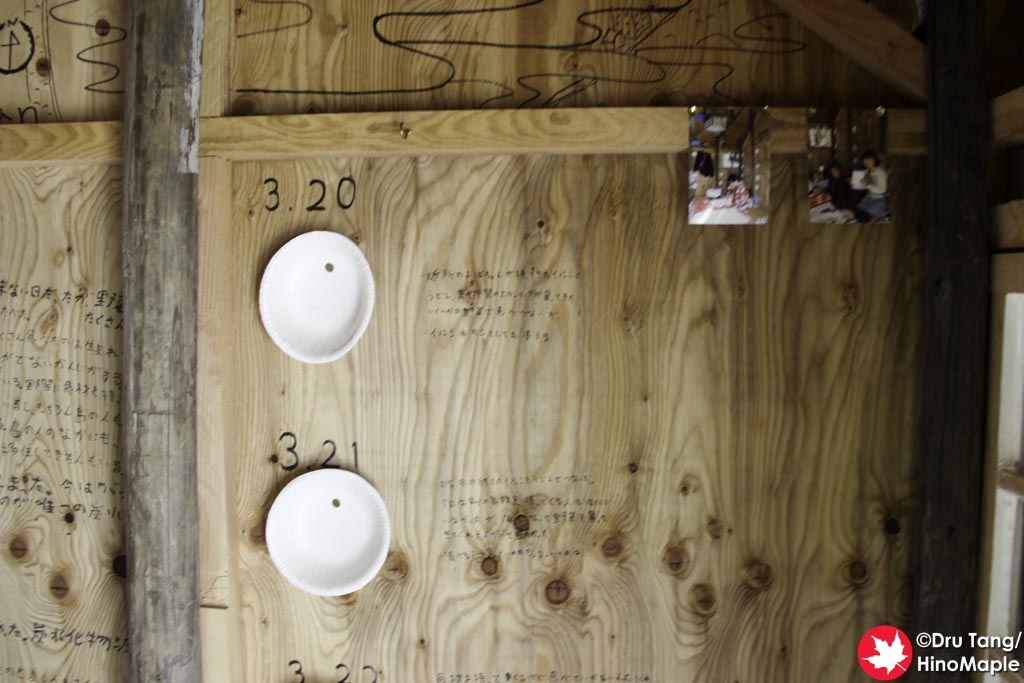 After Satoshi Murakami finished his time in Komame-tei, all of the waste that was used was left in the hut.  You can see dozens of water bottles, gas cans, food wrappers, and other things.  You can see a record of what he ate as well as some of the people he met.  You can see small Polaroid’s of him with some of the guests, and all of them were women.  You don’t really see any men, and I don’t remember seeing any of them on the wall. 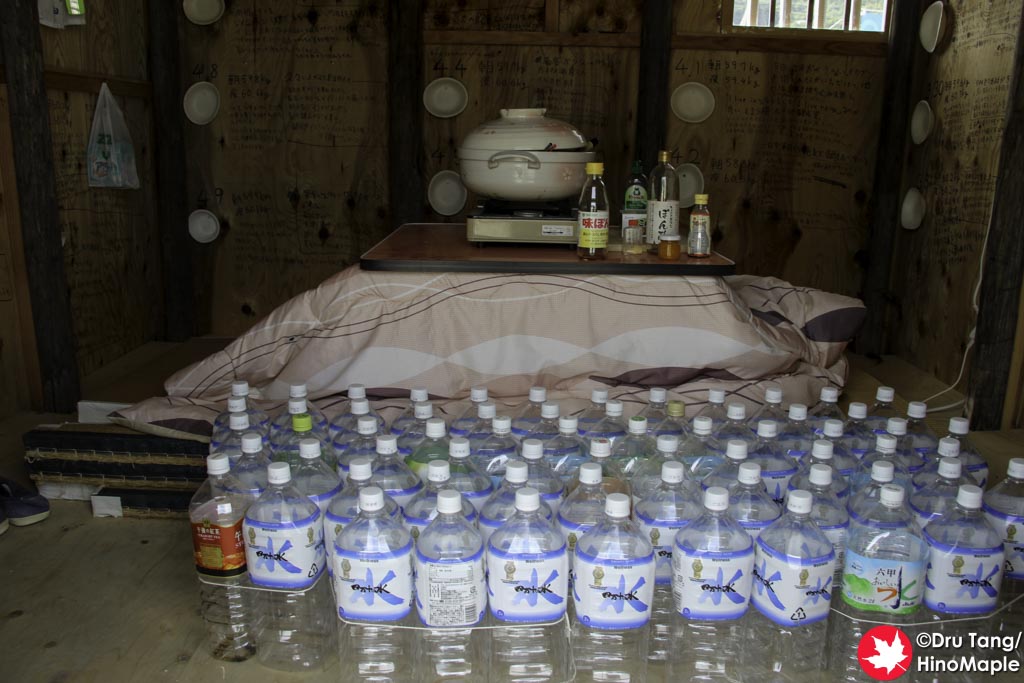 Komame-tei is an interesting look into how we can live simply in the modern world.  I liked the idea but I feel that it is nothing special coming from Satoshi Murakami.  He continues to do similar works around Japan and while I have no problems with the idea, it seems a little long in the tooth.  It would be interesting to see what other people would do and if others would have different approaches to this project.  I think that would make things more interesting as this seems like a spin from his original idea of travelling with nothing more than a small house on his back.  No matter what, I still found the idea very intriguing and would love to pick Satoshi’s brain if he is up to it. 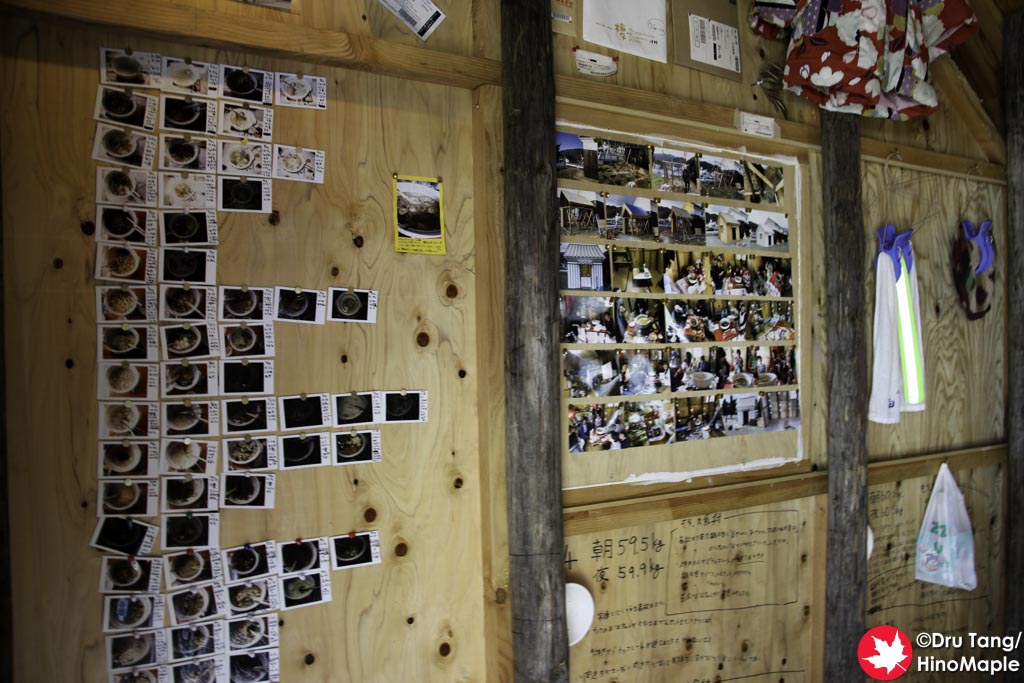 Note:  Komame-tei is no longer available on Shodoshima.