Peanuts Hut is a cute little hut nestled in a forested area behind an old Soy Sauce Industry Hall.  It was created by Nagisa Kidosaki, a professor at the Kyoto University of Art & Design along with “graf”, a design company from the Kansai region.  I’m not sure of how things were created for this artwork but I would imagine that Nagisa Kidosaki was the leader of this project. 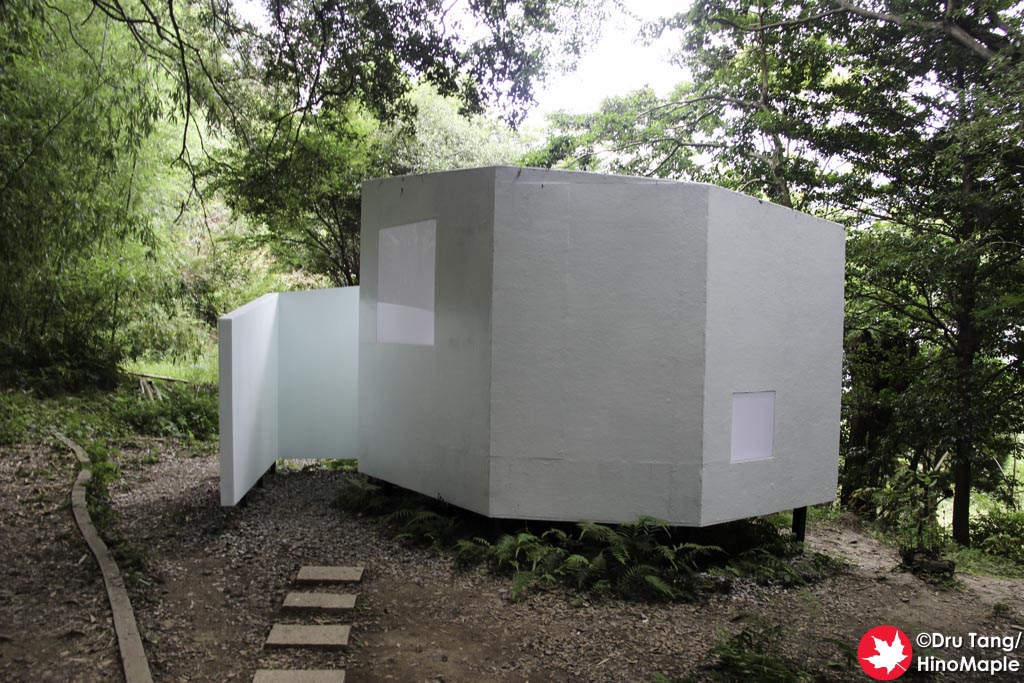 Peanuts Hut was a little difficult to find at first but the signage was really good, which helped a lot.  As you walk to the front entrance of the Soy Sauce Industry Hall, you are directed to a small path to the side of the building.  You are then in the forested area just behind the building.  The path was cleared by the Koebi volunteers and I can only imagine how difficult it was as the path was already starting to show signs that the vegetation was about to encroach upon the path.  You also have to be very careful as there were a lot of warning signs about giant hornets in the area. 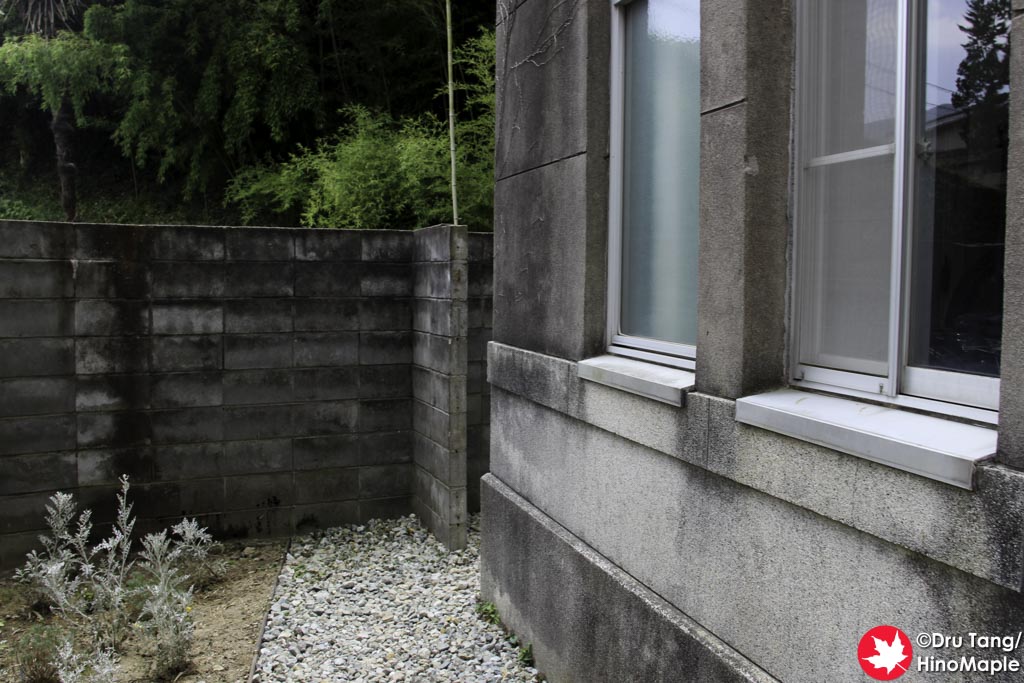 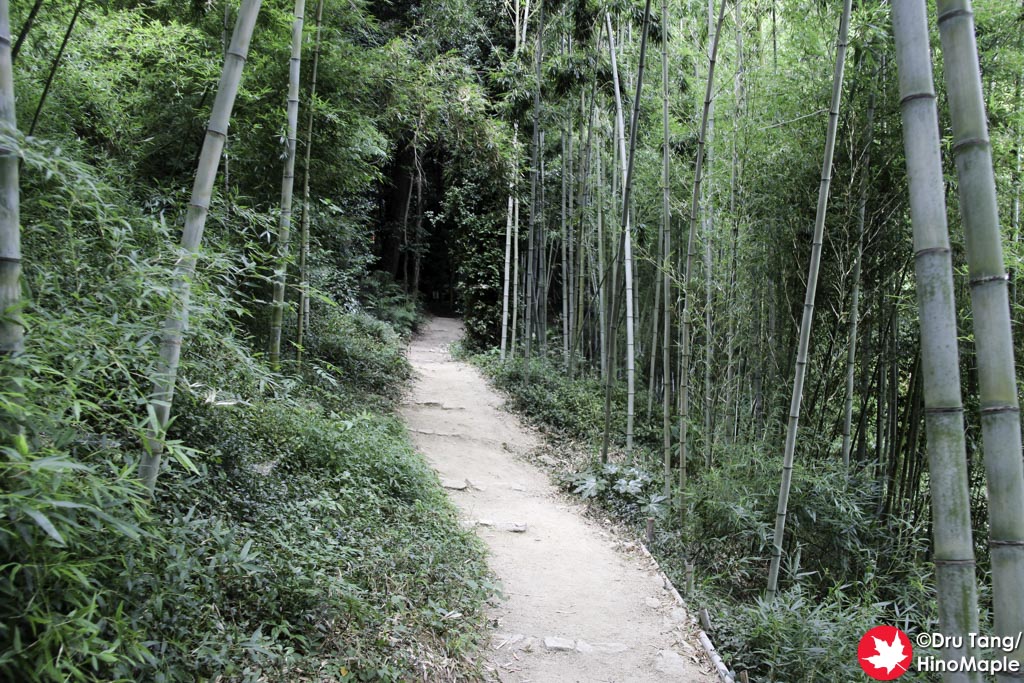 Once you get to Peanuts Hut you are stricken by the odd shape and how it just sticks out in its surroundings.  I found it to be pretty interesting and since I was the only one there I found it fascinating.  I thought I was the only person there and I blissfully took photos from the outside.  I then approached the entrance and realized that someone was inside! 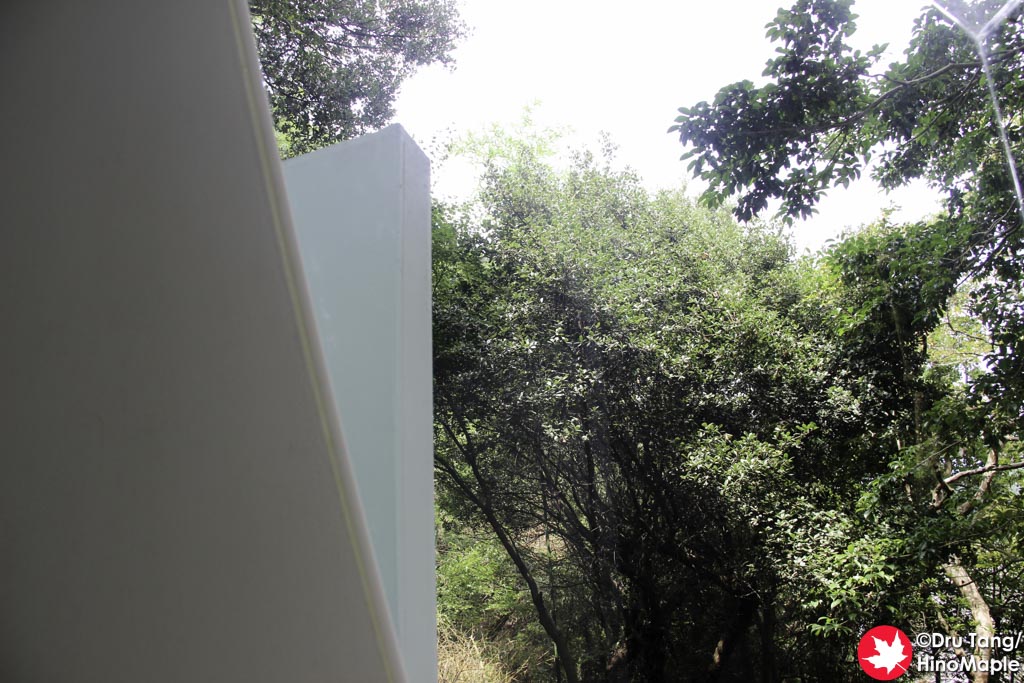 The entrance to Peanuts Hut was very small.  Peanuts Hut is actually a small tea room and the entrance is so small that you have to crawl through it to get in.  The floor was all tatami mats and the walls were pretty standard.  The glass opening was the most interesting part with a beautiful view of the trees outside. 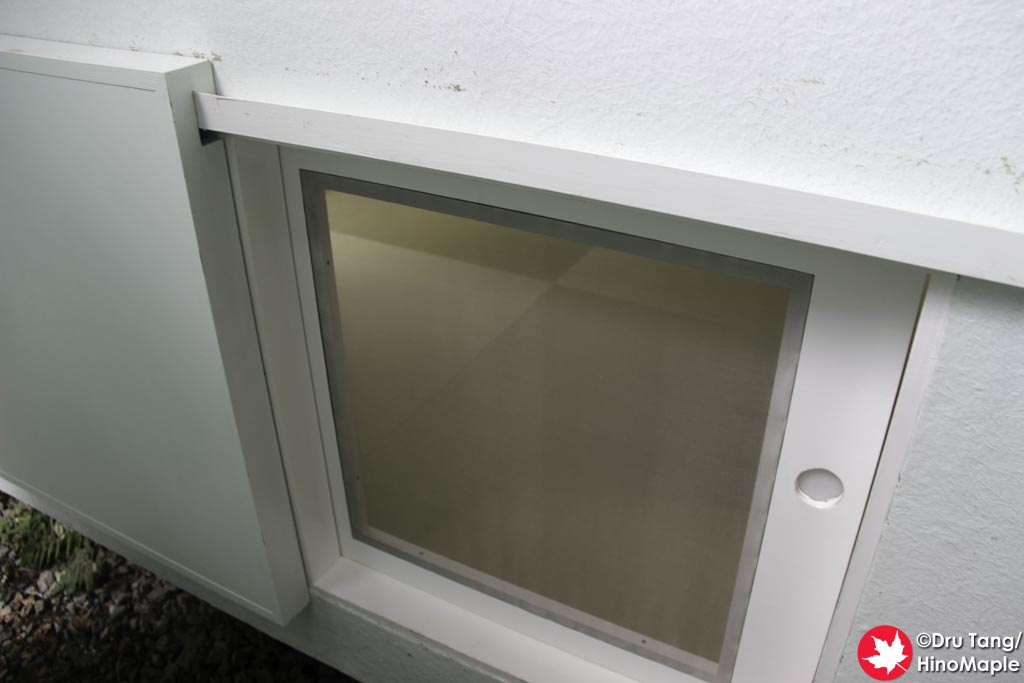 Inside Peanuts Hut there were 2 paintings, a large and small one.  The small one was a simple golden piece that reminded me of traditional Japanese paintings.  The large one was a simple white canvas with a splash of black paint.  It was really interesting but nothing Japanese about it.  It felt like pure modern art.  I still enjoyed it as I imagined it was a large tree.  The only problem inside Peanuts Hut was the dead bugs.  There were a lot of screens to help protect you from the invading insects, especially the mosquitoes of summer, but a lot of them do find their way in and they do find a way to annoy you until they die of starvation from being trapped inside. 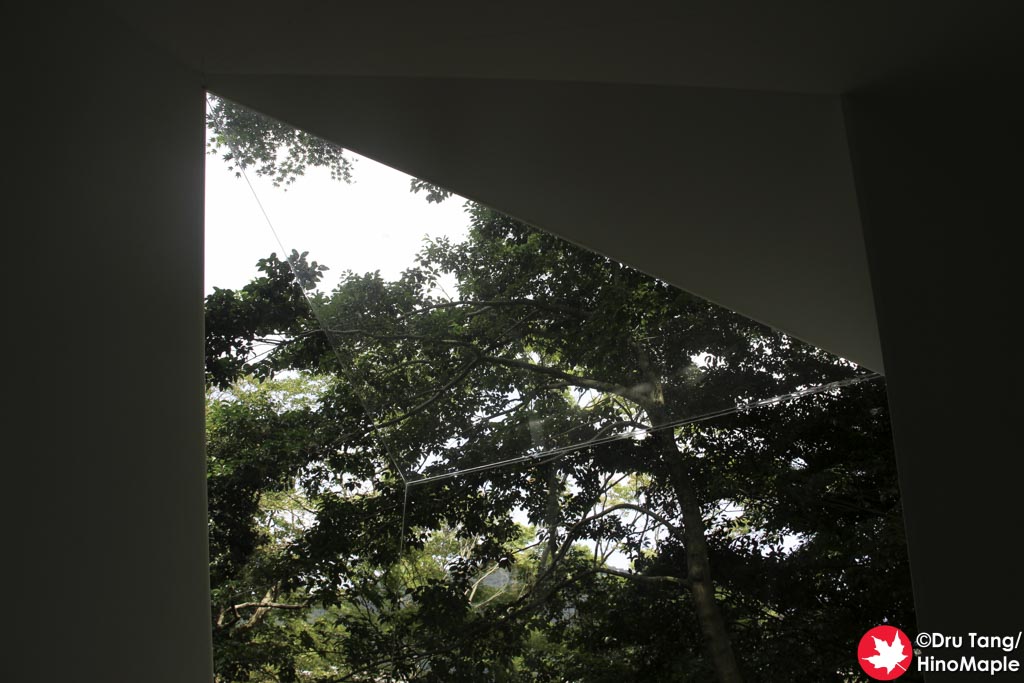 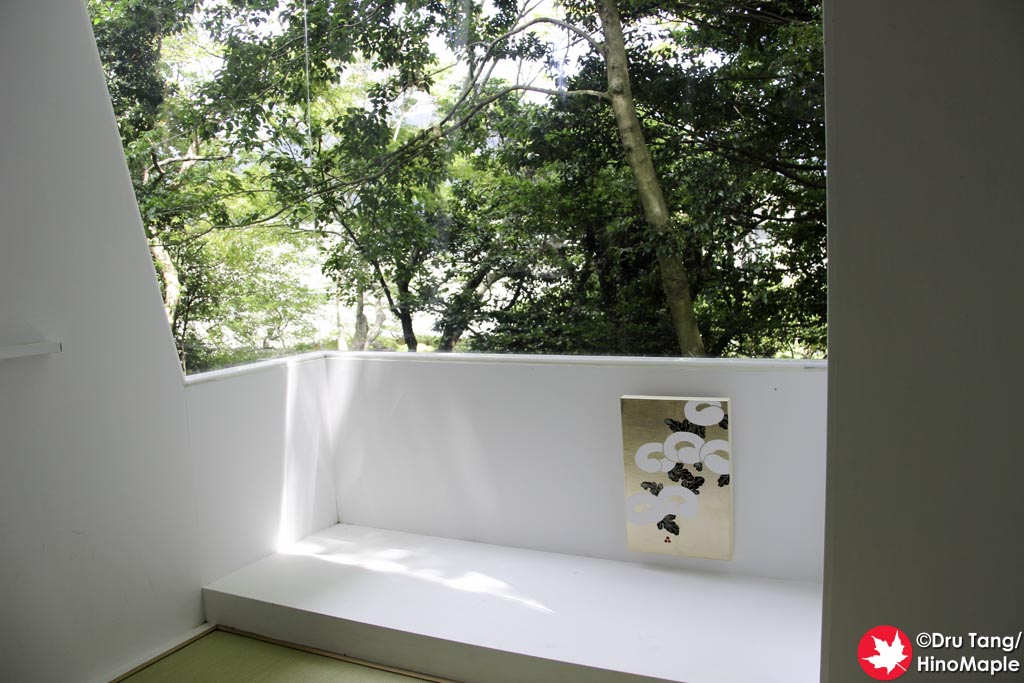 View from Peanuts Hut (Lower) with a Small Painting

Peanuts Hut is a wonderful artwork and I really enjoyed it.  Only a couple people can visit it at a time, but maybe 3 people could squeeze in.  I hope that this artwork will be around for a while but the construction makes me feel as if it may not survive for 3 years if they don’t do a lot of upkeep.  It is worth a visit, especially compared to the artwork in the Soy Sauce Industry Hall. 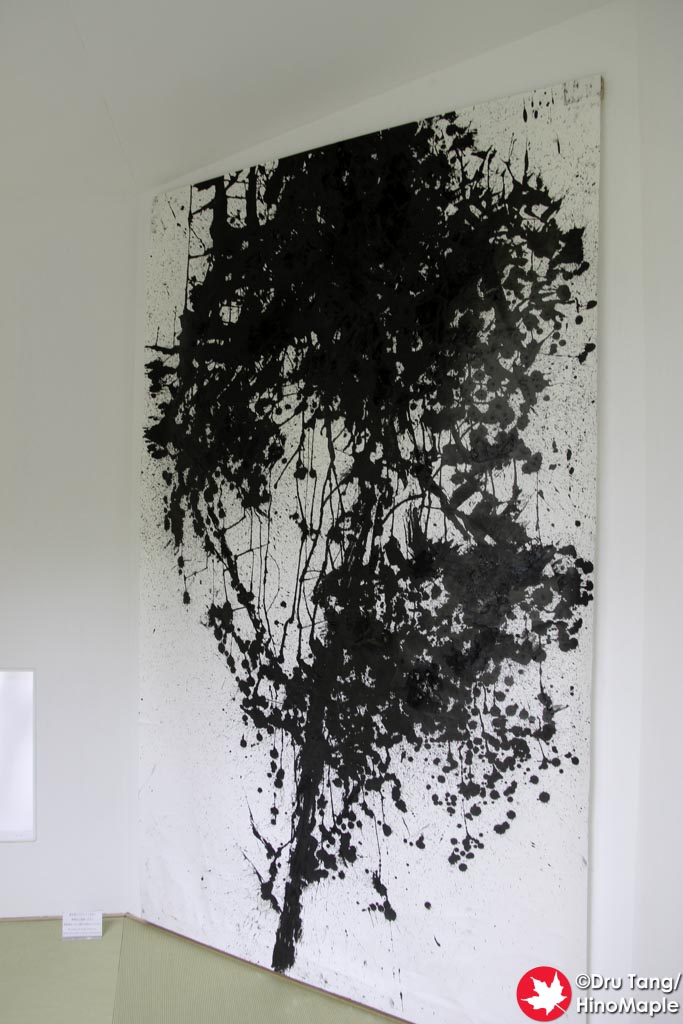 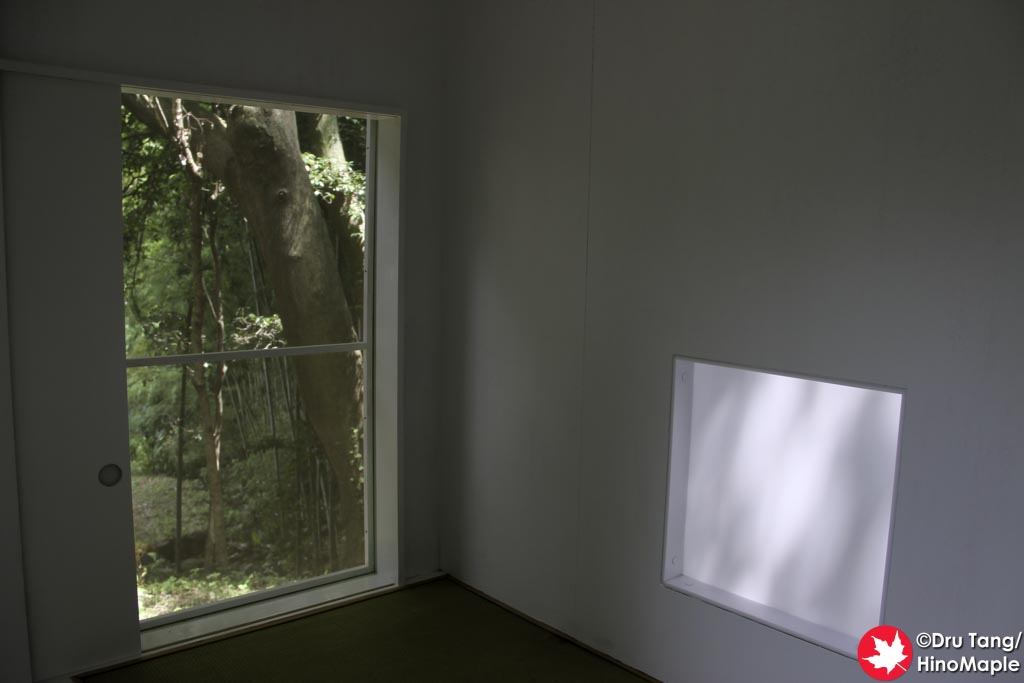