{Tsunagari no Ie}Library by Art for the Hospital Project ,Yasashii Bijutsu is a very well thought out exhibit that is actually three projects combined into a larger idea, “{Tsunagari no Ie}”.  Art for the Hospital Project, Yasashii Bijitsu is actually a literal translation for “Kind Art Gallery”.  Most of the Japanese literature keeps it simple and only calls it “Yasashii Bijitsu”.  The project, I believe, is headed by Nobuyuki Takahashi.  Most works have been done on a volunteer basis by the students of Nagoya Zokei University.  In this blog, and all related posts, the “artist” will be considered Yasashii Bijitsu.  Individuals from Yasahii Bijitsu helped to curate this series of exhibits by collecting objects and art from the original residents of Oshima. 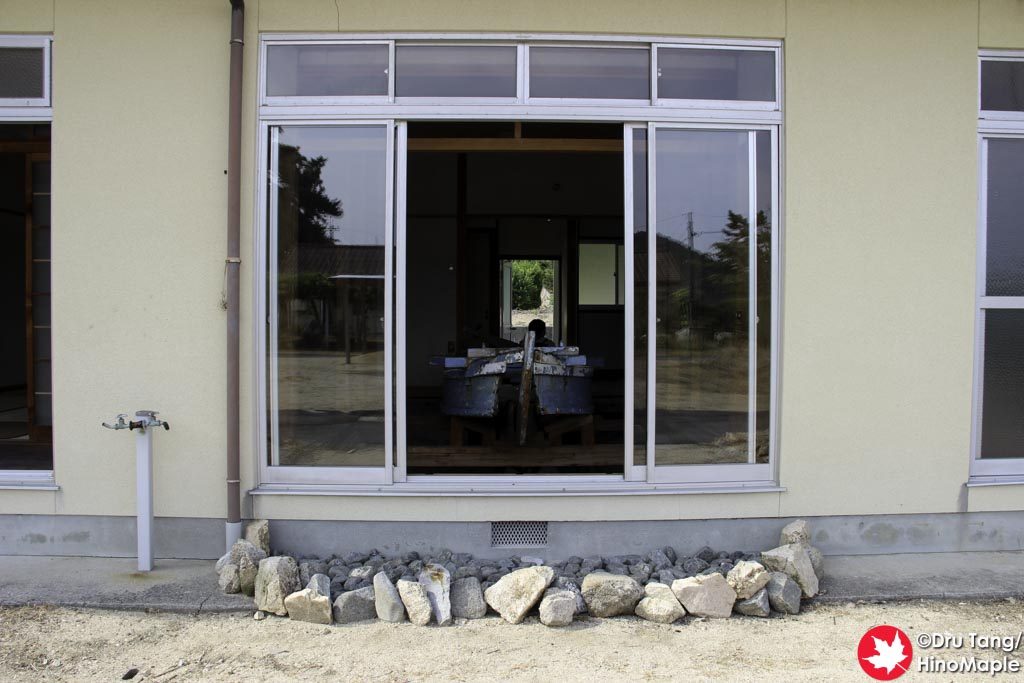 From what I can tell Yasashii Bijitsu has two main functions.  The first is to help people in hospitals with art.  The goal is to provide art to help brighten their days.  The second is to tell the life of people in hospitals or the life of people with various illnesses.  {Tsunagari no Ie} is a project about the lives of the people on Oshima.  The galleries are split into 2 dormitories as well as a cafe.  Without anyone to guide you through each building, it is a little difficult to know what you are seeing but the information on the Setouchi Triennale site did help with other aspects too. 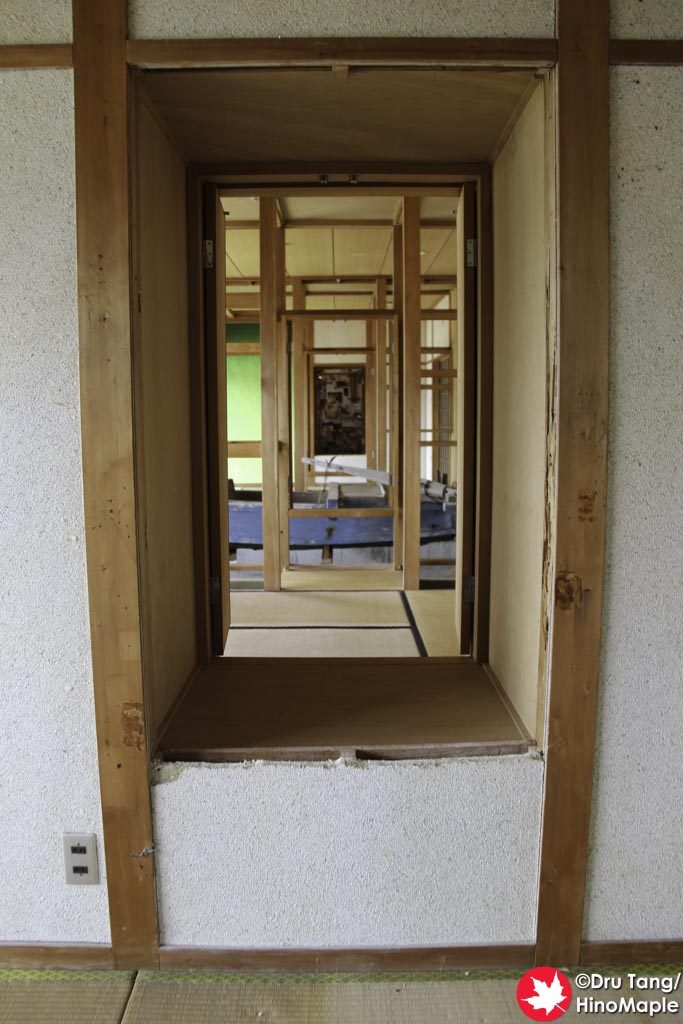 Library is exactly what it sounds like.  The first part is the literal library that is called the “Hokkaido Library”.  It is a collection of books from the residents of Oshima that have been handed down from person to person.  It is arranged in a very interesting way in the middle of a room and you are free to take one and read it while you are on the island, but don’t forget to return it before you leave. 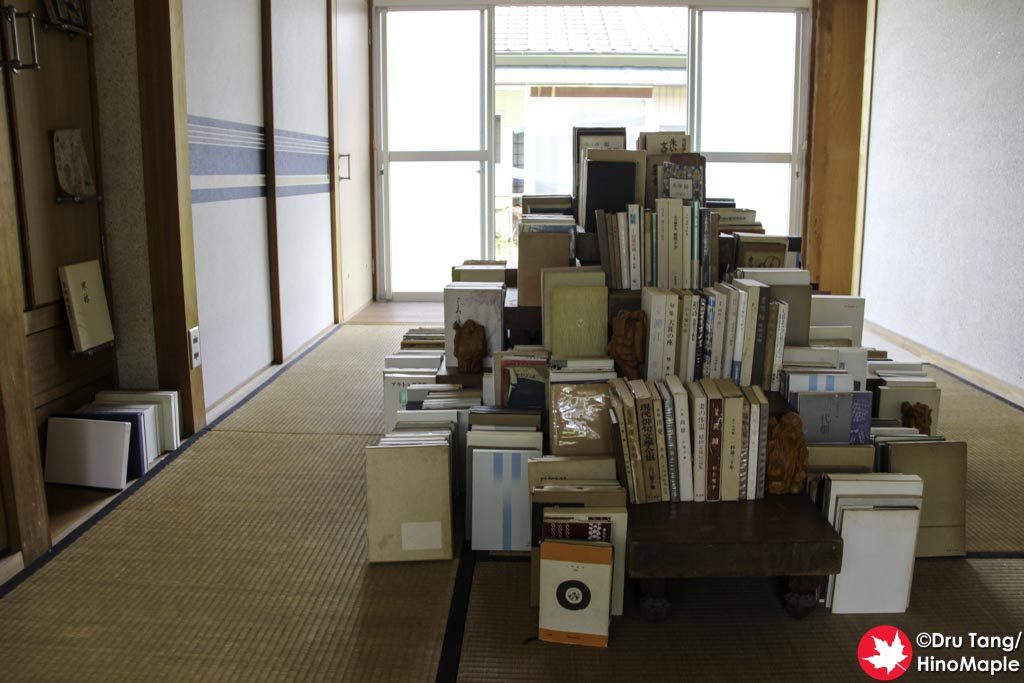 The second part of Library is a collection of objects used by the people of Oshima.  The residents of Oshima originally had no choice on where they could live as Oshima was a sanatorium for people with Hansen’s disease, also known as leprosy.  They were not allowed off the island until 1996, I believe.  Oshima was one of 13 sanatoriums in Japan and many of them have been converting into living museums for people to learn about the disease and the people of the areas. 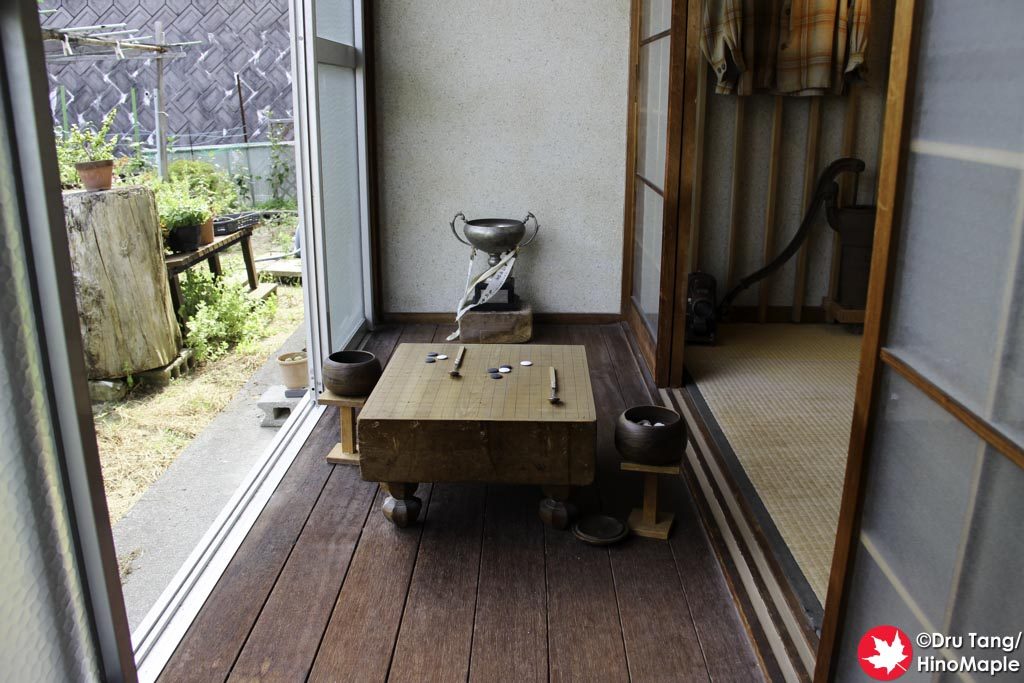 Library’s collection of objects used by the people of Oshima is pretty interesting.  It sheds light onto their times in the past as well as how normal of a life they lived.  You can see everything from radios, microphones, telescopes, glasses, pins, and anything else you would want to pass the time.  The collection of items really spoke to me in how they were just normal people who were prevented from living a normal life. 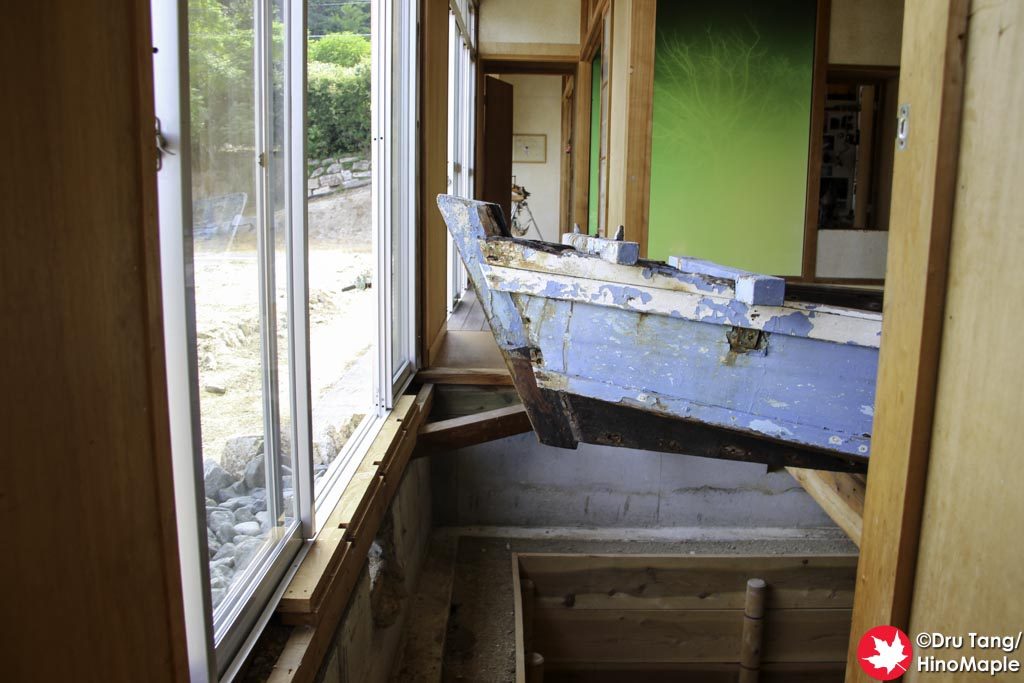 Gallery 15 “Sea Echo” is a photo exhibition by the late Takashi Tosu, a resident of Oshima.  The photos document the lives of the residents of Oshima as well as some of the nature that he was able to see.  I’m not 100% sure if all of the photos are his but I assume that is true.  You can see photos of people walking around, living normal lives, and also nature with spectacular photos of the night sky.  His talent was amazing for a man who was limited in where he could go. 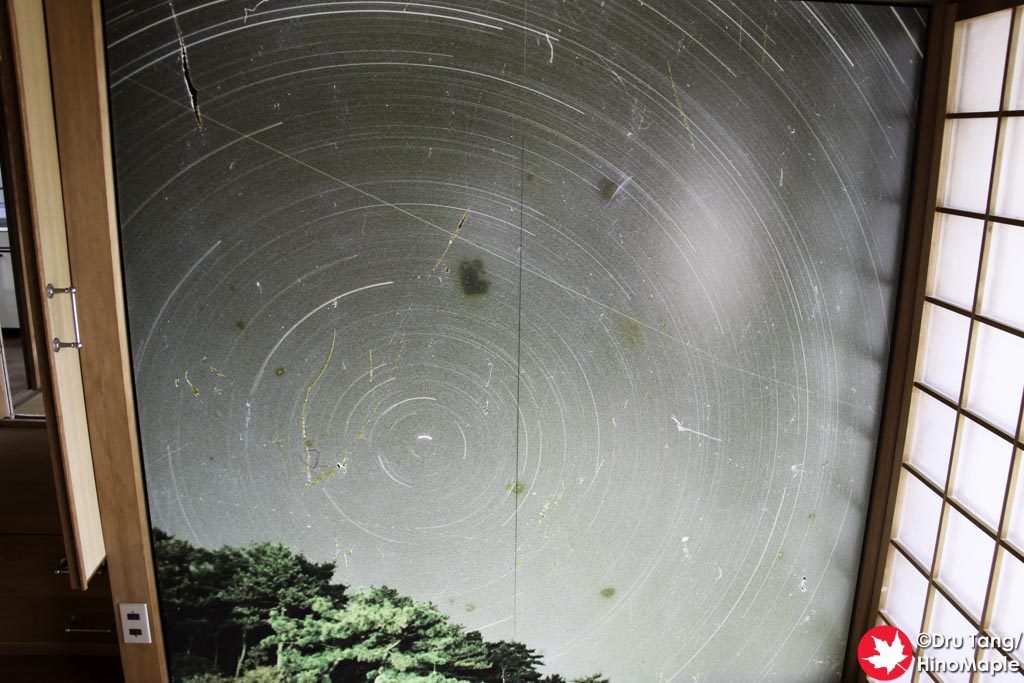 cafe SHIYORU is a lovely looking cafe that is set up between the dormitories and the harbour.  Unfortunately it is closed on weekdays and I went on a weekday.  From what I can tell, they serve locally made sweets and other little snacks.  All of the food comes from the island except a few of the ingredients.  Even the dishes are made with clay from the island.  It is a very interesting concept and there is a possibility that you can meet the locals as well. 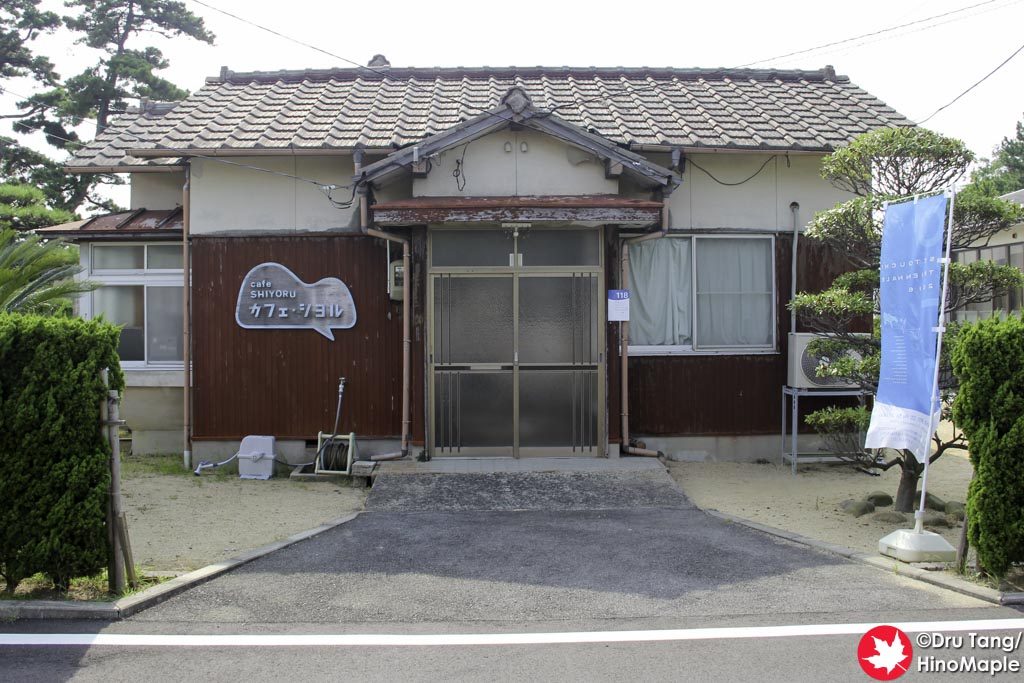 {Tsunagari no Ie} is a wonderful project by Yasashii Bijitsu but they really don’t give you enough time to enjoy everything.  The trouble with Oshima is that you are on a set time schedule to do things so you can’t just do whatever you want.  The guided tour really takes a lot of time out of the experience but it is a must if it is your first time there.  I really think they could have done a bit more with the timing by adding an extra 30 minutes but that may not be possible for various reasons.  If you do go to Oshima be sure to enjoy everything as it is a wonderful experience.