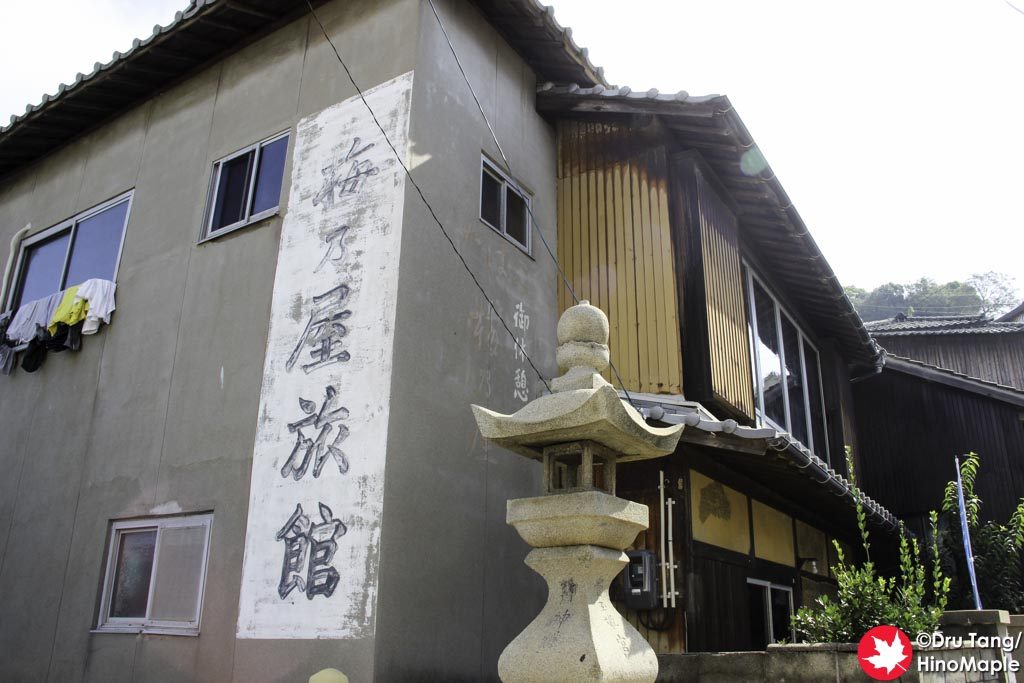 The name comes from the fact that it is a school on Ogijima.  PSS40 I believe stands for Primary School Showa 40, although I am only speculating.  I’m almost certain that S40 means Showa 40 as Showa 40 is 1965, which is the same as the Group 1965.  If you remember my previous post on the 2013 artwork on Ogijima, the Group 1965 is a group of artists born in 1965, but there really isn’t much else to that. 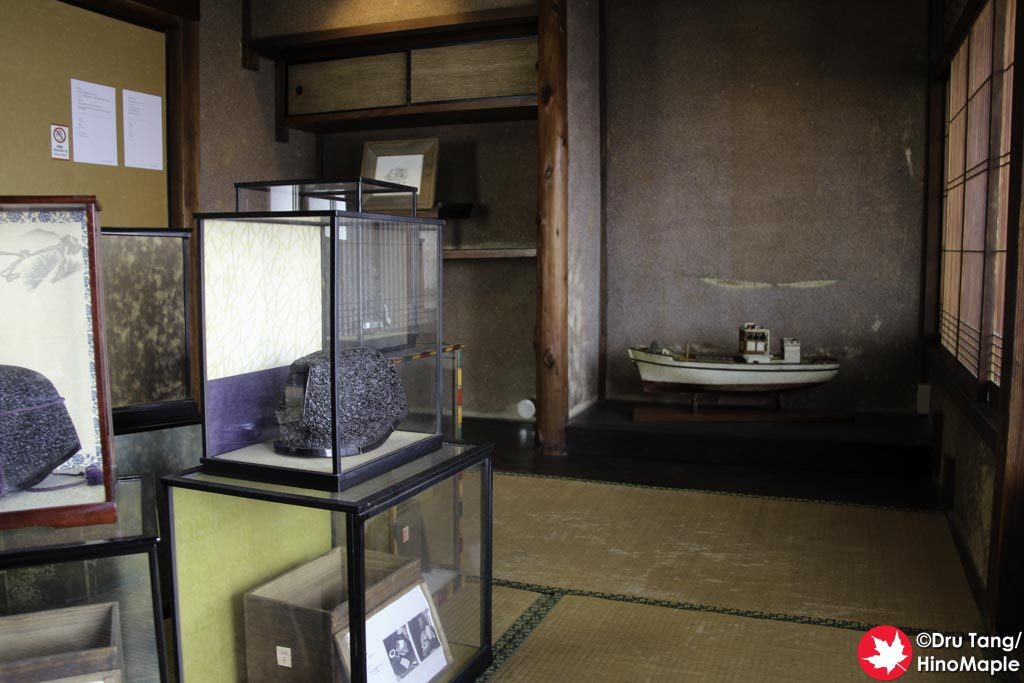 When you enter Ogi School PSS40, you are in the entrance.  You basically check in and head upstairs.  This is where all of the art is located.  Unfortunately some of the artwork was unavailable when I visited because they were having an event at the time.  There are videos that can be watched but they were turned off when I was there.  The artwork was nowhere near as good as it was 3 years ago but it is difficult to replicate the success of the Ogi School. 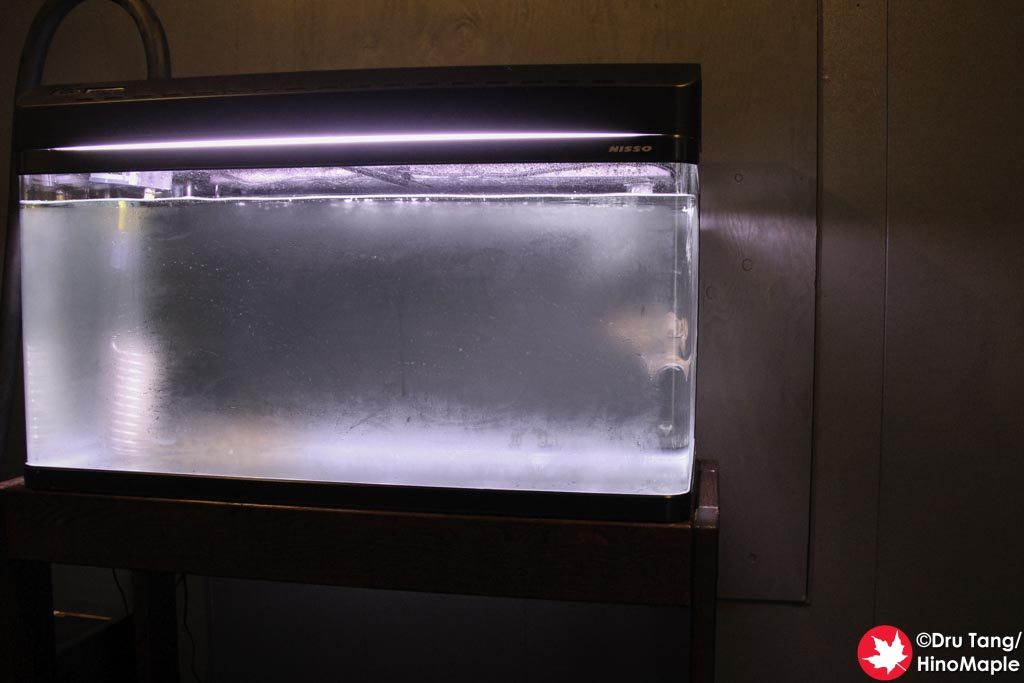 The biggest project of Ogi School is the work by Makoto Aida.  He is an interesting character and during the summer edition of the Triennale, he was working on his main work.  When I entered his room, it was far from finished.  It was just a plain white room with plastic all over and bento boxes.  Each bento box had a bunch of turd like objects in them.  These objects were all cream in colour and since he was still working on the project, nothing was finished.  I would later find out that he was getting ready to paint each of them. 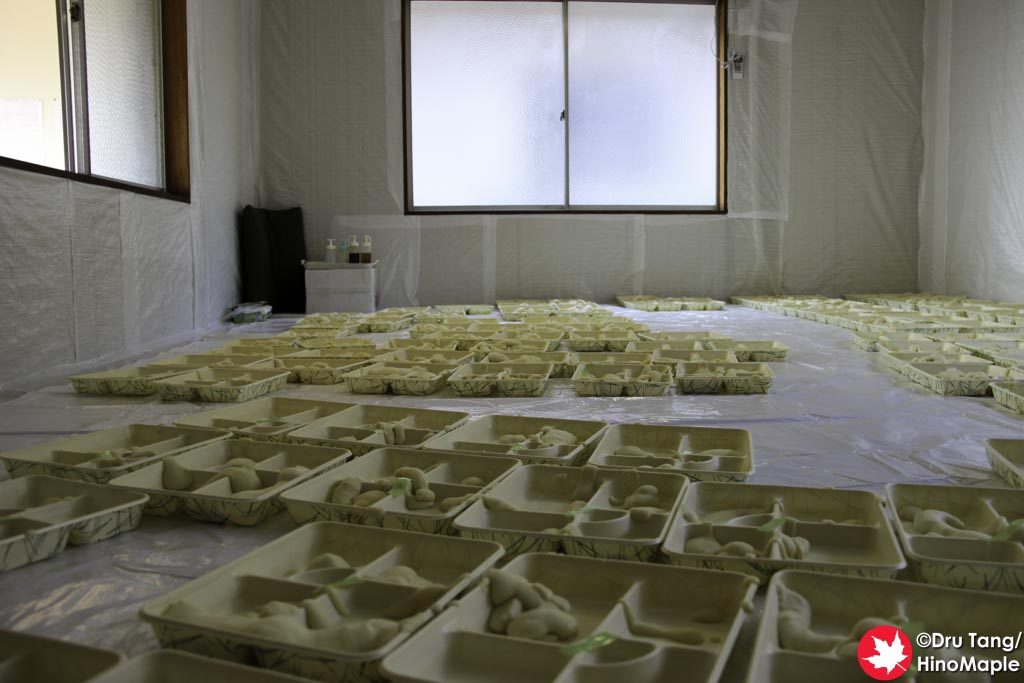 During my visit, they were having a very interesting event.  They were having an obachan chat; basically talking with the old ladies of Ogijima.  Obviously it was all in Japanese and I had a tough time following everything but I was surprised by how much I could understand.  They talked about the wild boars that have infested the island and how they swam over.  They talked about how the island was completely disconnected in the past and how it is still relatively isolated.  They didn’t even have phones in the past.  They even talked a little about their lives in the olden times.

The obachan chat was moderated by Mrs. Aida, Makoto Aida’s wife.  She did her best with a small group of people.  The people who attended the chat were all very interested in what they were talking about.  One girl in particular was very enthusiastic, but most of the people were pretty quiet and didn’t ask many, if any, questions.  I was in that group but mostly because I was not confident in how to ask my question. 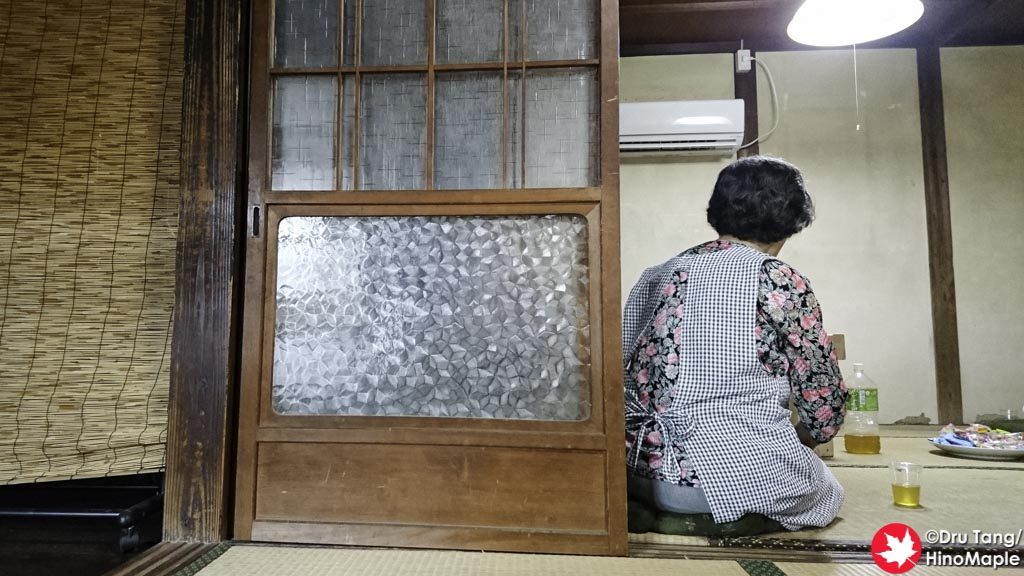 Makoto Aida himself attended the chat and he is an interesting character.  He tends to do things as he wishes and not really care about others around him.  He is very aware of this and avoids making a big disruption.  He just does his own thing, like many interesting artists.  He loves to smoke and he went out of the room at least 3 times in the 1.5 hour chat.  I’m sure he has heard many of the stories before as they joked that he was at all of the previous events.  At the time, I didn’t know who he was but when I had time to look him up, I was surprised that I was able to be in the same room as him.

The Ogi School PSS40 may not be what you expect but it was still an interesting place.  I heard that there were other seminars and workshops at the school but I cannot confirm the details.  Whether or not they will continue to do things beyond the 2016 Setouchi Triennale is beyond me.  Hopefully they will continue with new things for 2019.