Lighthouse Keeper is an interesting artwork by Minouk Lim.  It takes over a good installation from 2013, Corridor of Time by Takashi Nishibori, and had a lot to live up to.  Considering I was comparing this artwork to Corridor of Time, it had a tough challenge and I may not have been as fair to this artwork as I should have been. 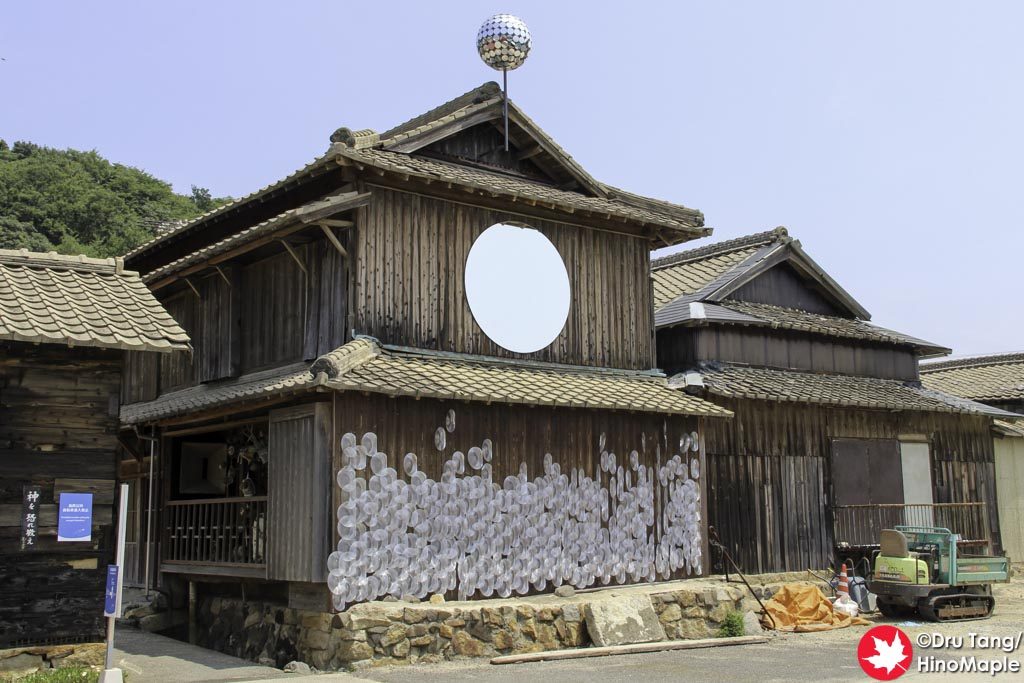 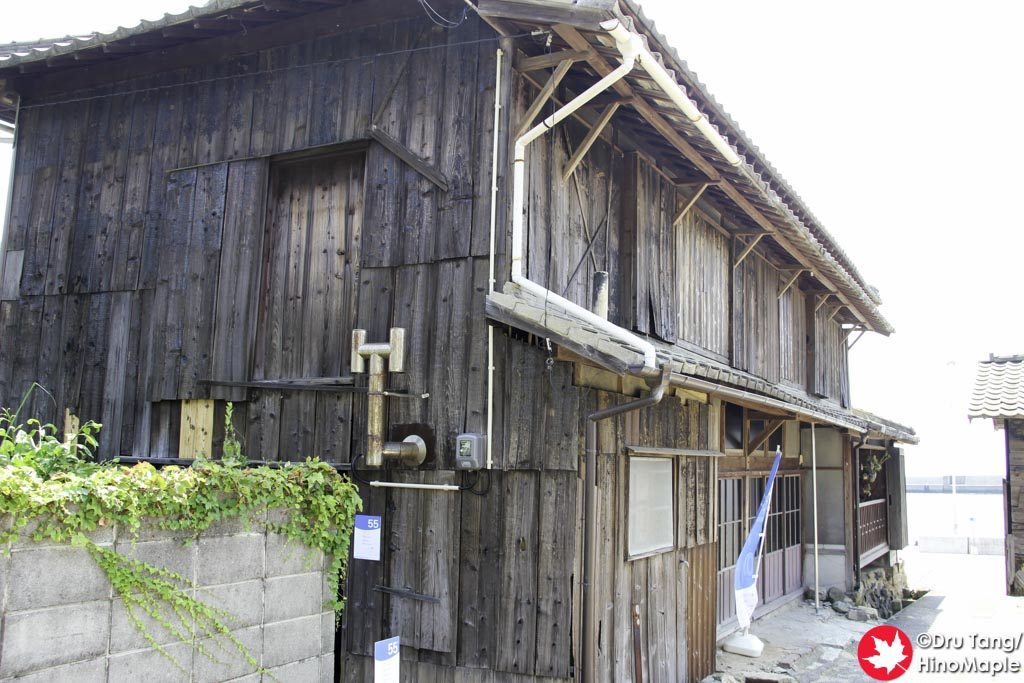 From the outside, the changes are obvious.  The port facing wall of the house has changed significantly.  There is a big disco ball at the top of the house as well as a mirror and several lenses.  While I didn’t really understand the point of this, it did make the building easier to find and it did come off as a lighthouse, without the light.  Unfortunately at night it looked less interesting. 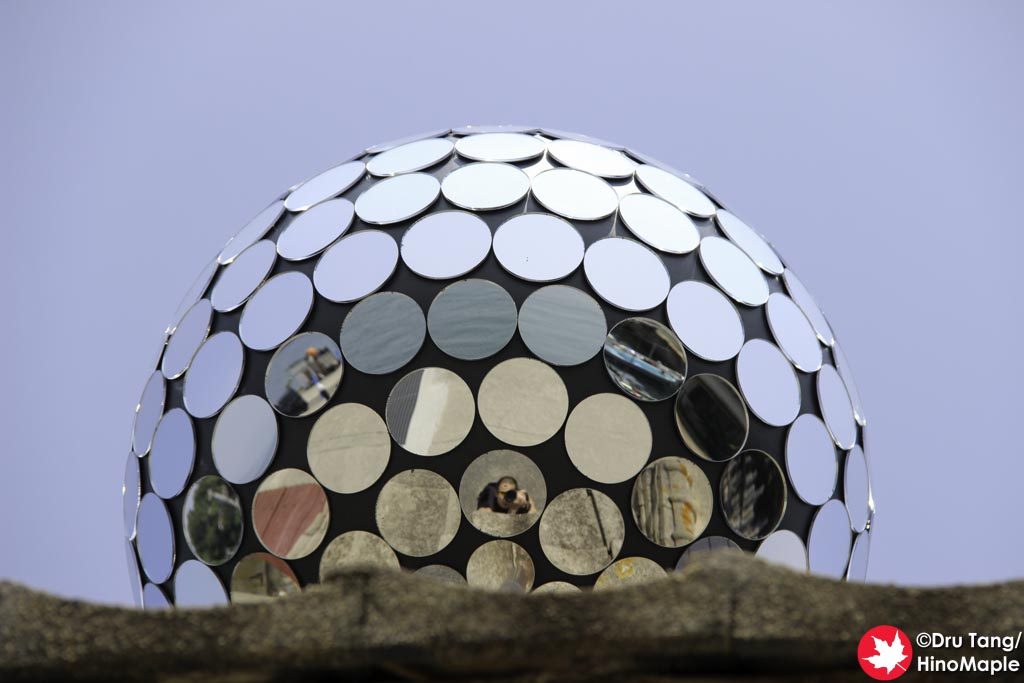 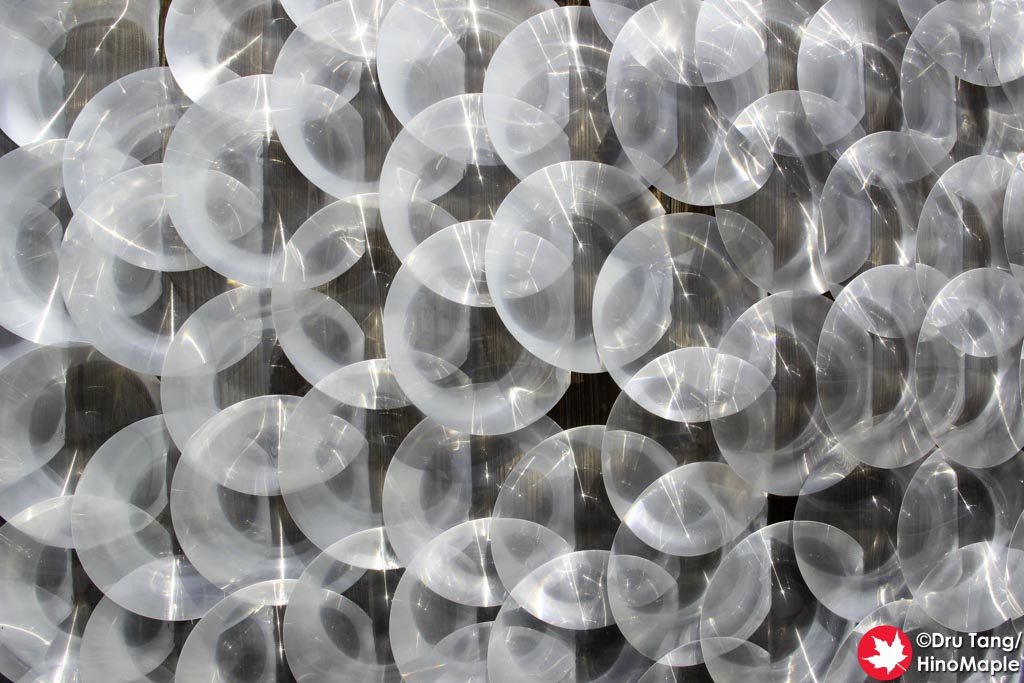 Port Side Wall of Lighthouse Keeper

In 2013, the side entrance was open and the upstairs was also open.  For 2016, they closed it all off, put a small display there and made a small opening in the back.  This is because the artwork requires darkness to understand it.  Ms. Lim has a big fascination with lighthouses and wanted to display the technology to people.  Her main inspiration came from a 1957 Japanese movie called “Times of Joy and Sorrow (喜びも悲しみも幾歳月)”.  The movie itself did feature the lighthouse on Ogijima but also several other lighthouses as the movie centres on the life of a lighthouse keeper and his wife. 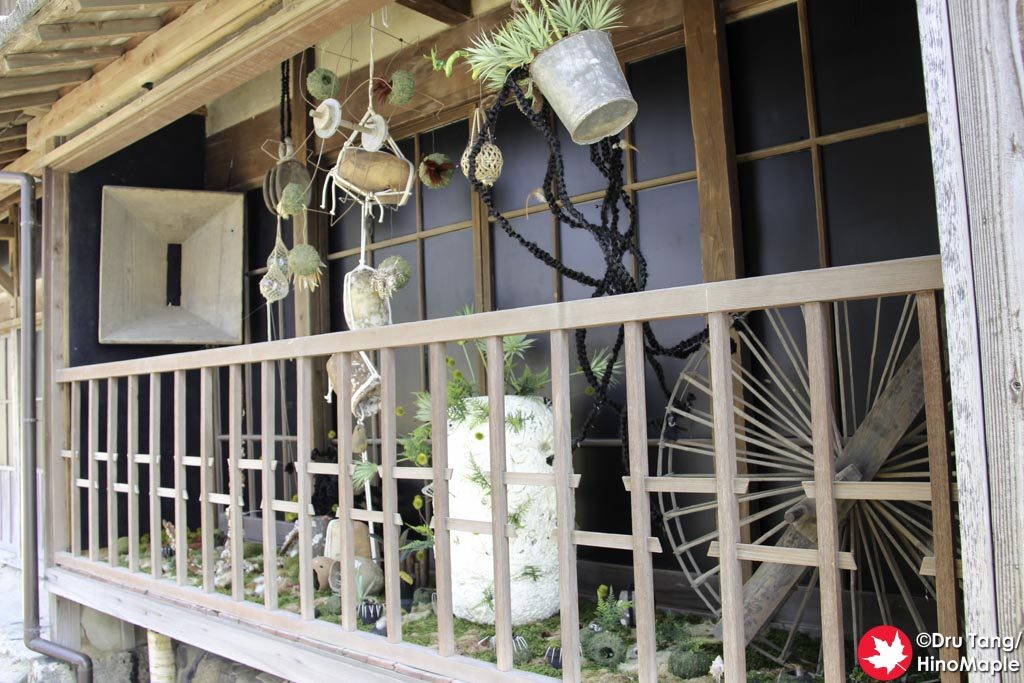 Side of Lighthouse Keeper

On the first floor, in the main back room, there was a big Fresnel lens.  Seeing how the lens worked to light up the room was pretty cool.  I really liked the idea but it felt a bit too simple for me.  I still liked it and it was a nice place to relax and pretend to be by a campfire.  There are other Fresnel lenses on the first floor to investigate but I wasn’t as interested in them.  The upstairs room is where the best part of the art was located. 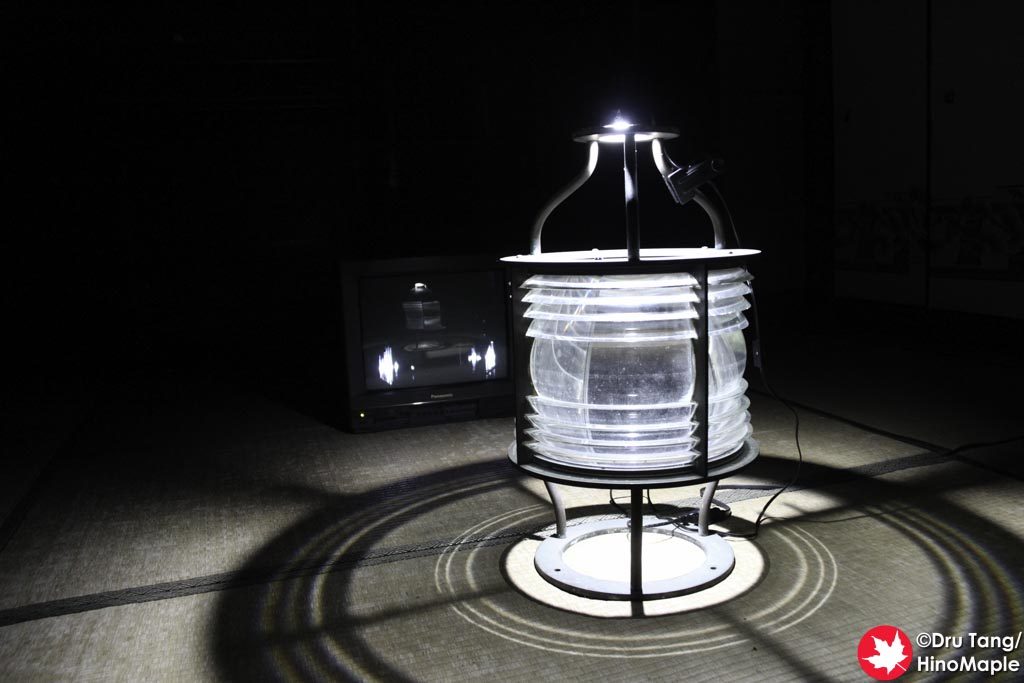 Fresnel Lens of the Main Back Room 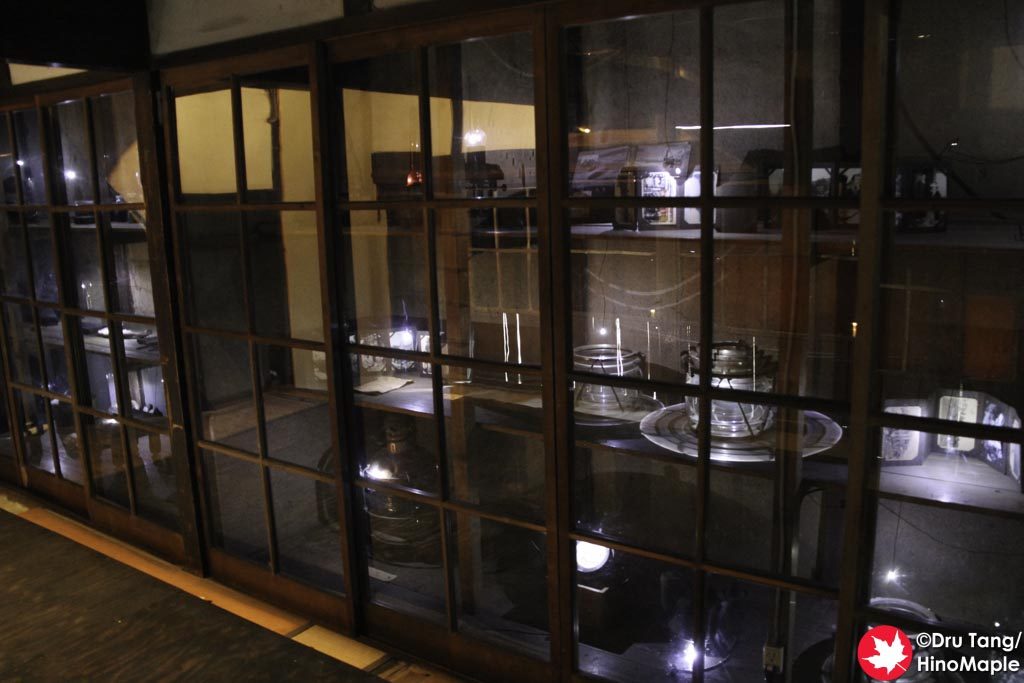 The upstairs area can be pretty dark when you arrive.  There are several lights and it takes a while for things to cycle through.  I arrived at a good time when the light was shining on the entire artwork.  The artwork is basically a large map on the floor in a darkened room.  There is a large light above the viewing area that casts a light on the entire map showing various types of lighthouses.  This light was a bit eerie but the light was just enough to see everything, as if you were looking at the sea under a full moon. 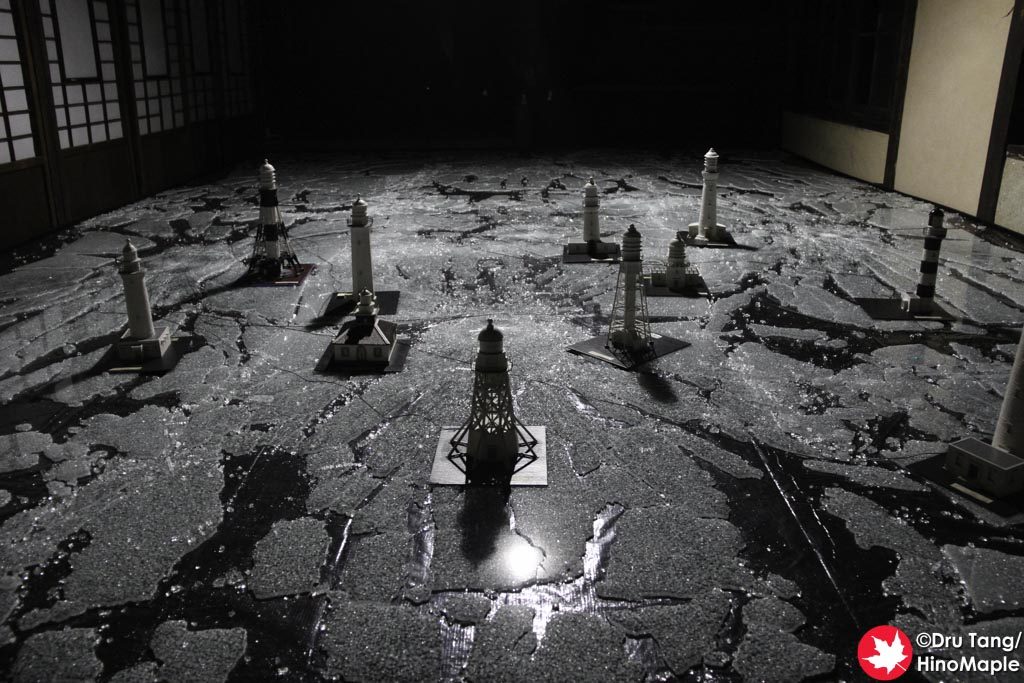 The main light then goes out while each lighthouse on the map proceeds to display how different Fresnel lenses work.  It is interesting to see the different versions of a Fresnel lens and how it shines differently.  At the end of the display cycle all of the lighthouses turn on so you can see them lighting up the map and how effective they are before the big light turns on again.  This really shows how effective a lighthouse is, even with a full moon and how necessary they are for ships. 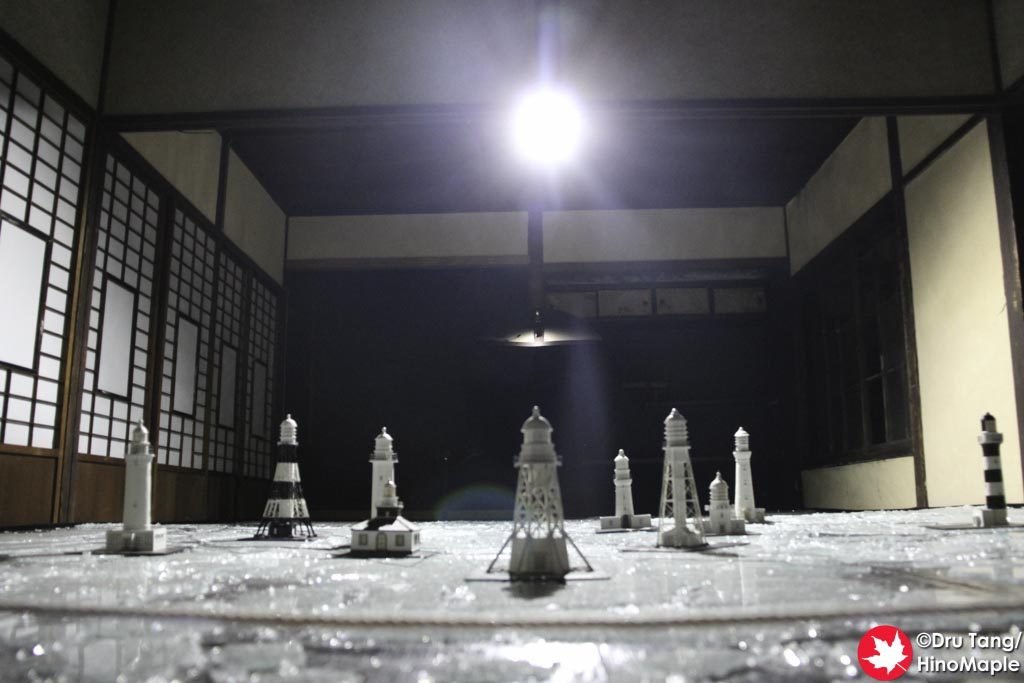 The entire artwork was pretty good.  It was educational without being too educational and the work that went into the look was amazing.  The map was a topographical style map and you can really see the shadows projected by the different lighthouses.  It didn’t obviously link to Ogijima unless you read about it beforehand, but it was still a nice artwork.

Note:  Lighthouse Keeper is no longer available on Ogijima.