Roto Brewery is a new brewery that opened up near Yokohama.  While it is technically inside Yokohama’s city limits, it is outside of the central business district in Kami-oka.  The brewery is pretty small but they have a lot of potential.  They are one of the very few noodle shops with craft beer, and perhaps the only craft brewery and noodle shop combination in the world! 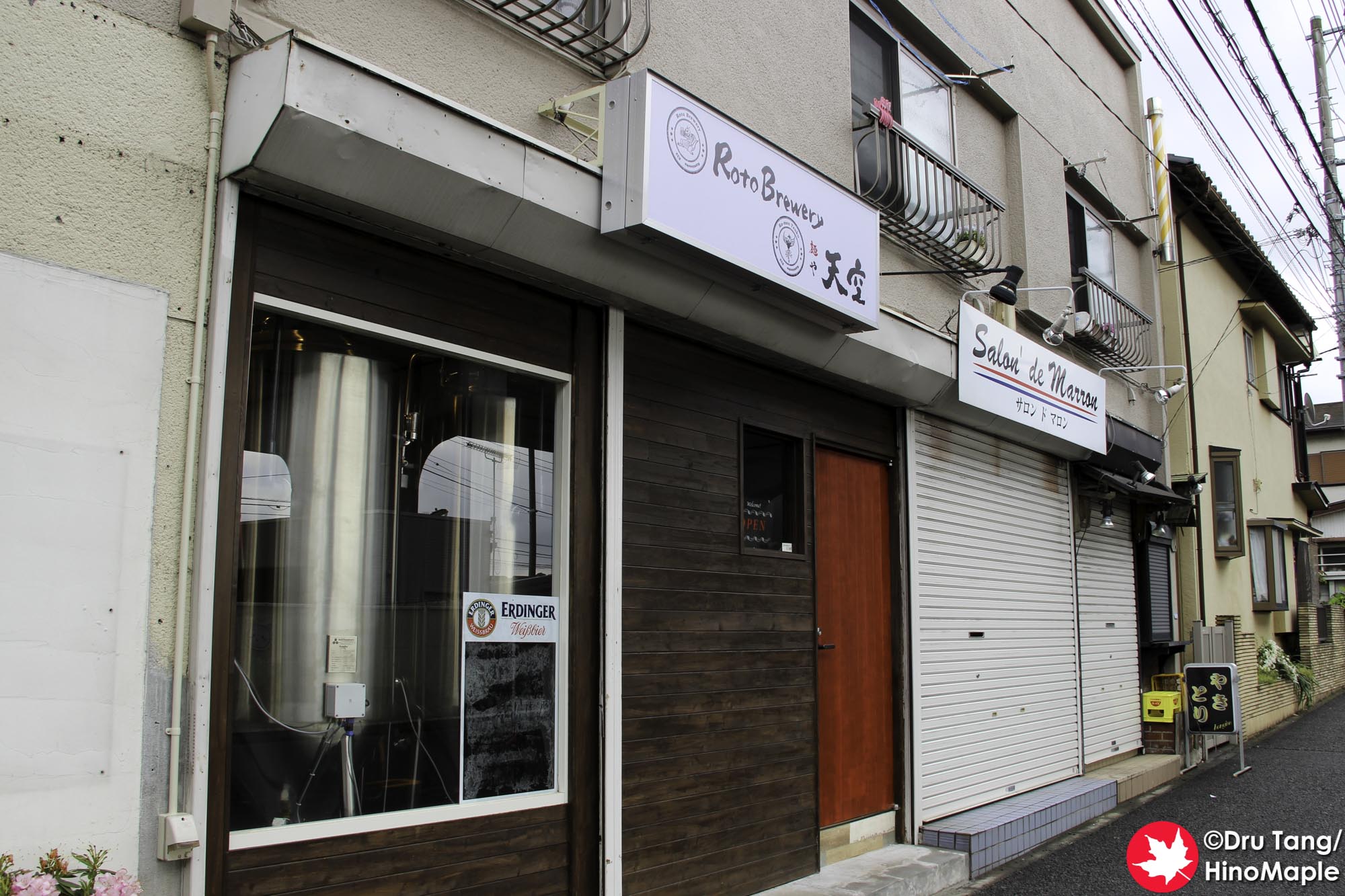 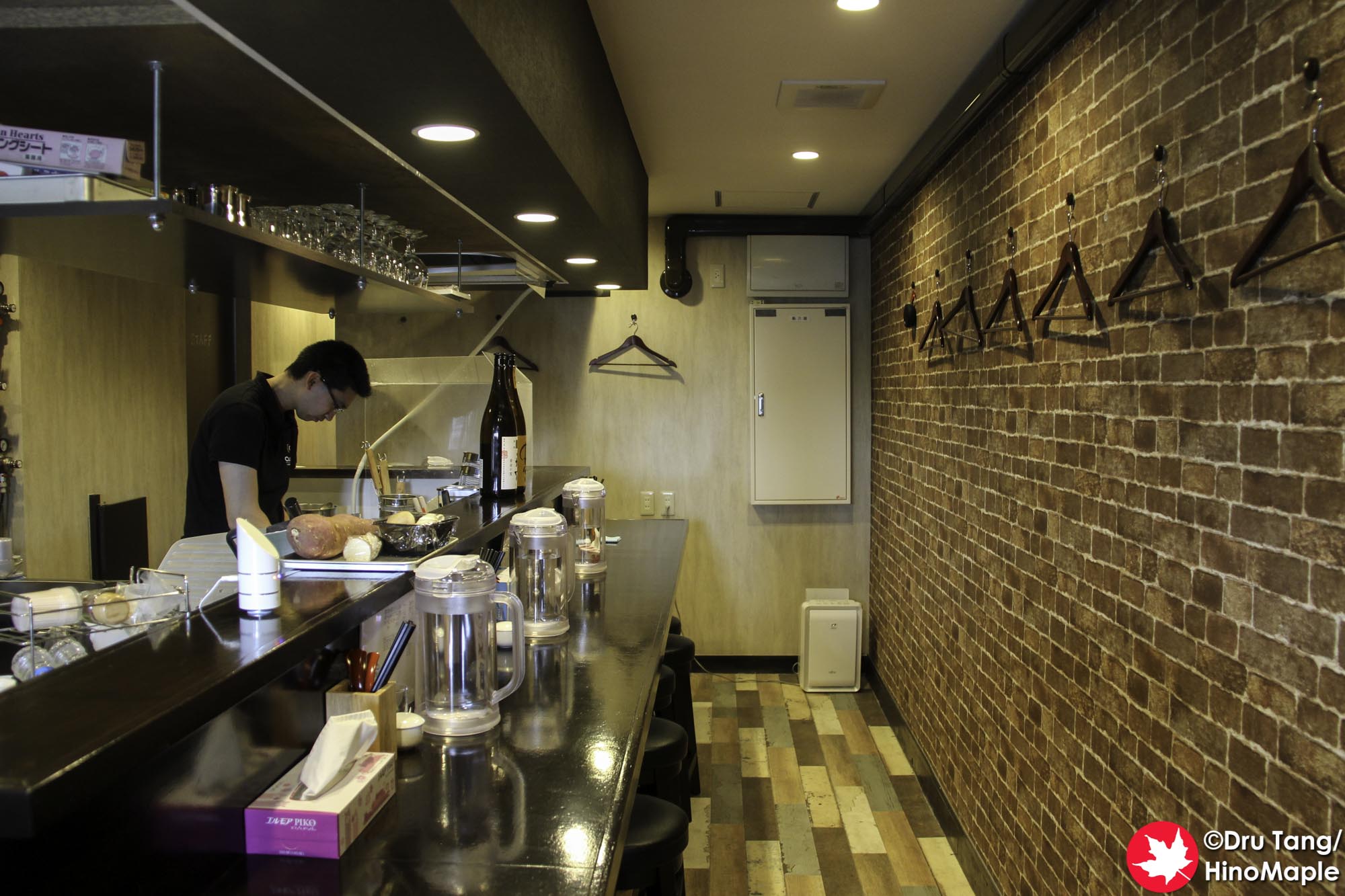 Roto Brewery is a little difficult to reach but a nice place to visit.  It is in a somewhat quiet neighbourhood of Yokohama but a little far from the station.  The outside is very nondescript and hard to find at first if you are not looking for it.  I knew where to go and since there weren’t a lot of shops in the area, it wasn’t too difficult to find.  If the area gets busier it will probably be difficult to find.  The big red door was a telltale sign of the shop and it really helped to spot the shop, even if you didn’t know the name. 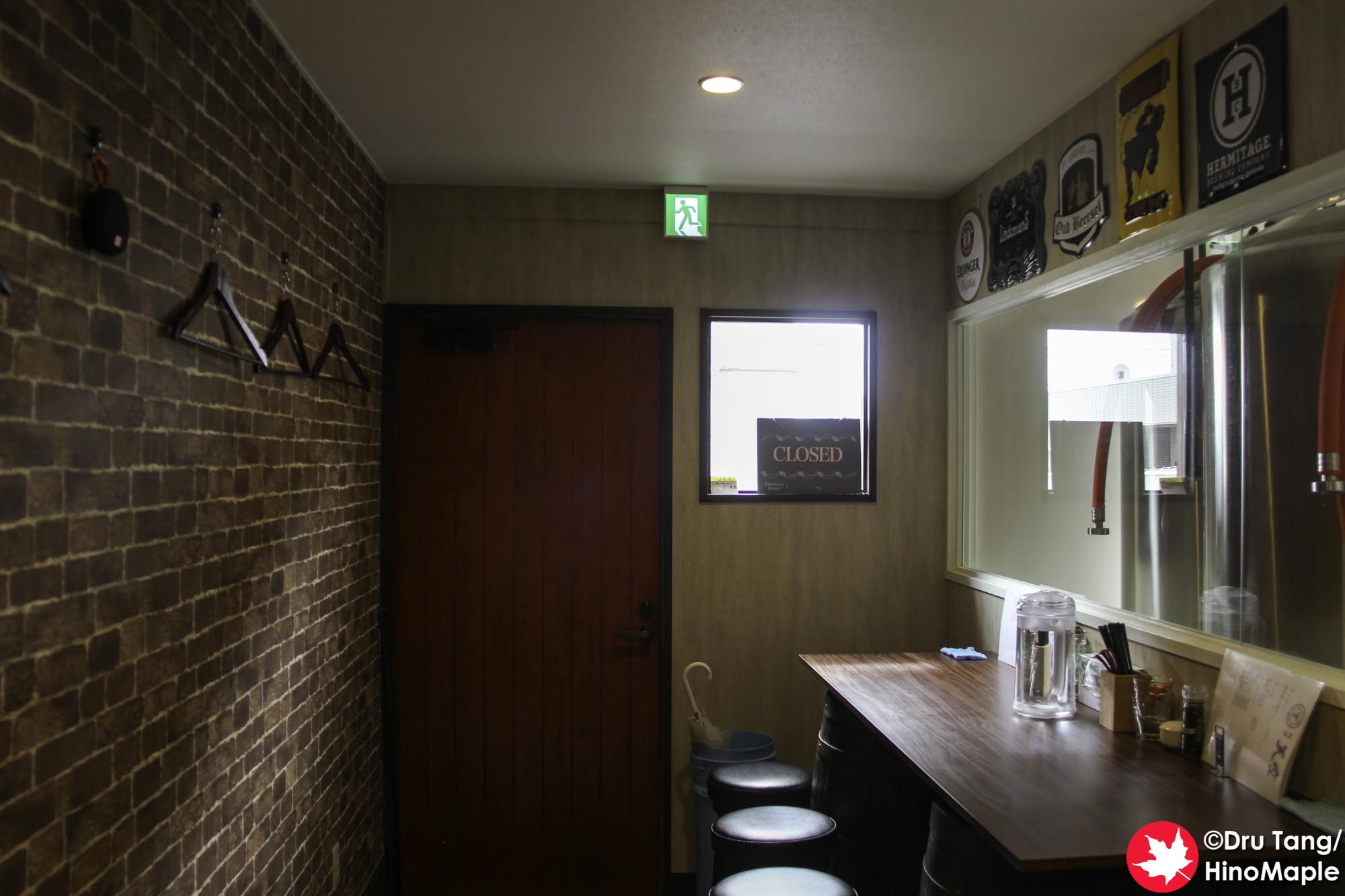 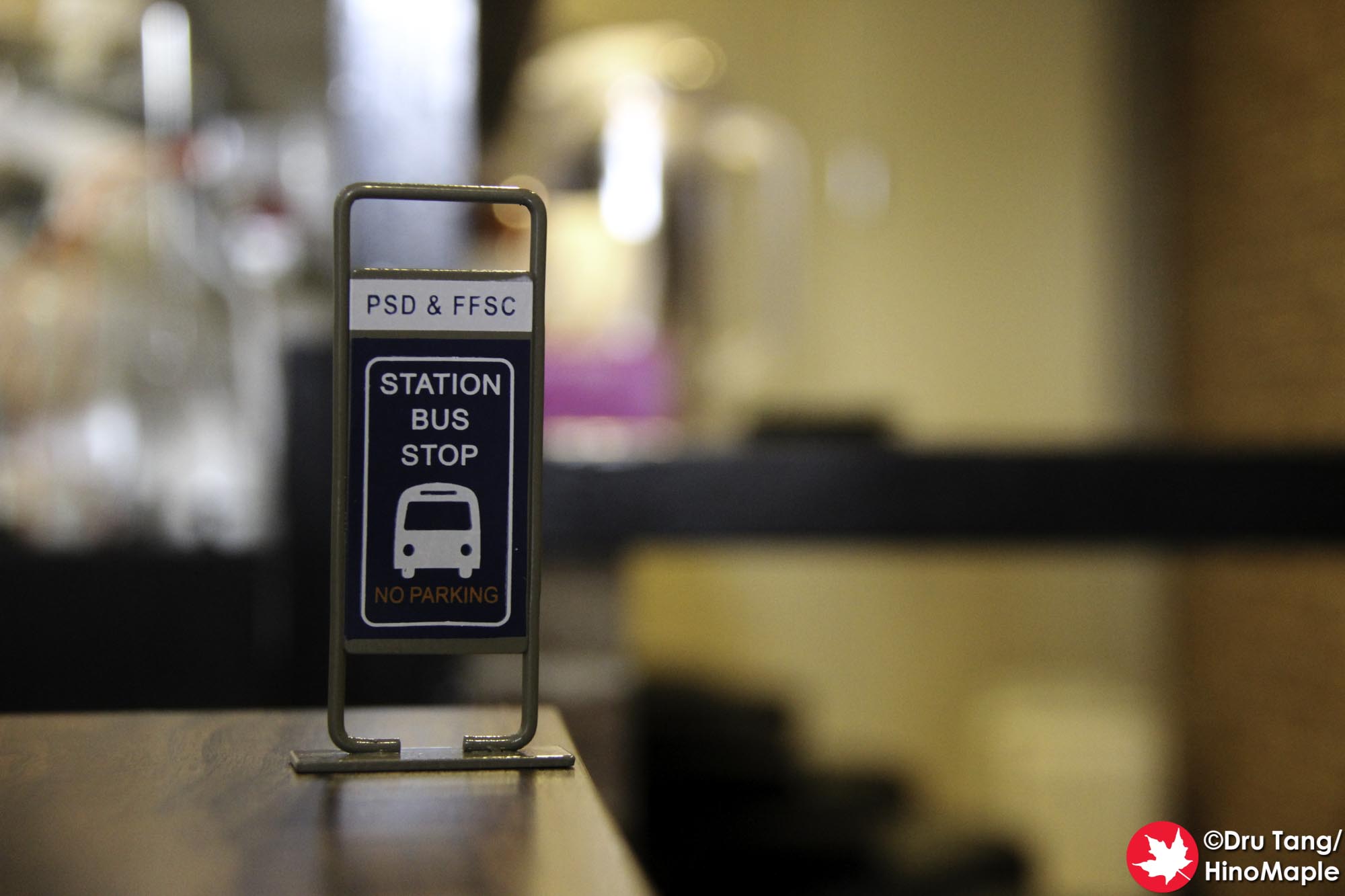 Roto Brewery’s main food of choice is the noodle dishes.  The main dish was ramen, but they also had udon.  I wasn’t able to eat a full bowl of ramen so I only got snacks instead.  I had just come from eating a full meal in Fujisawa, so I wasn’t in the mood to eat a bowl of ramen soon afterwards.  Instead I had a daikon tempura as well as the pork sashimi.  The tempura was really good and cooked to perfection.  It was crispy on the outside and juicy, from the daikon, on the inside.  The pork sashimi was probably slightly cooked on the outside, but it was still delicious.  I was a bit weary of eating it as I had to take many pictures and it had been sitting on the counter for a while, but it was delicious and I never got food poisoning from that visit. 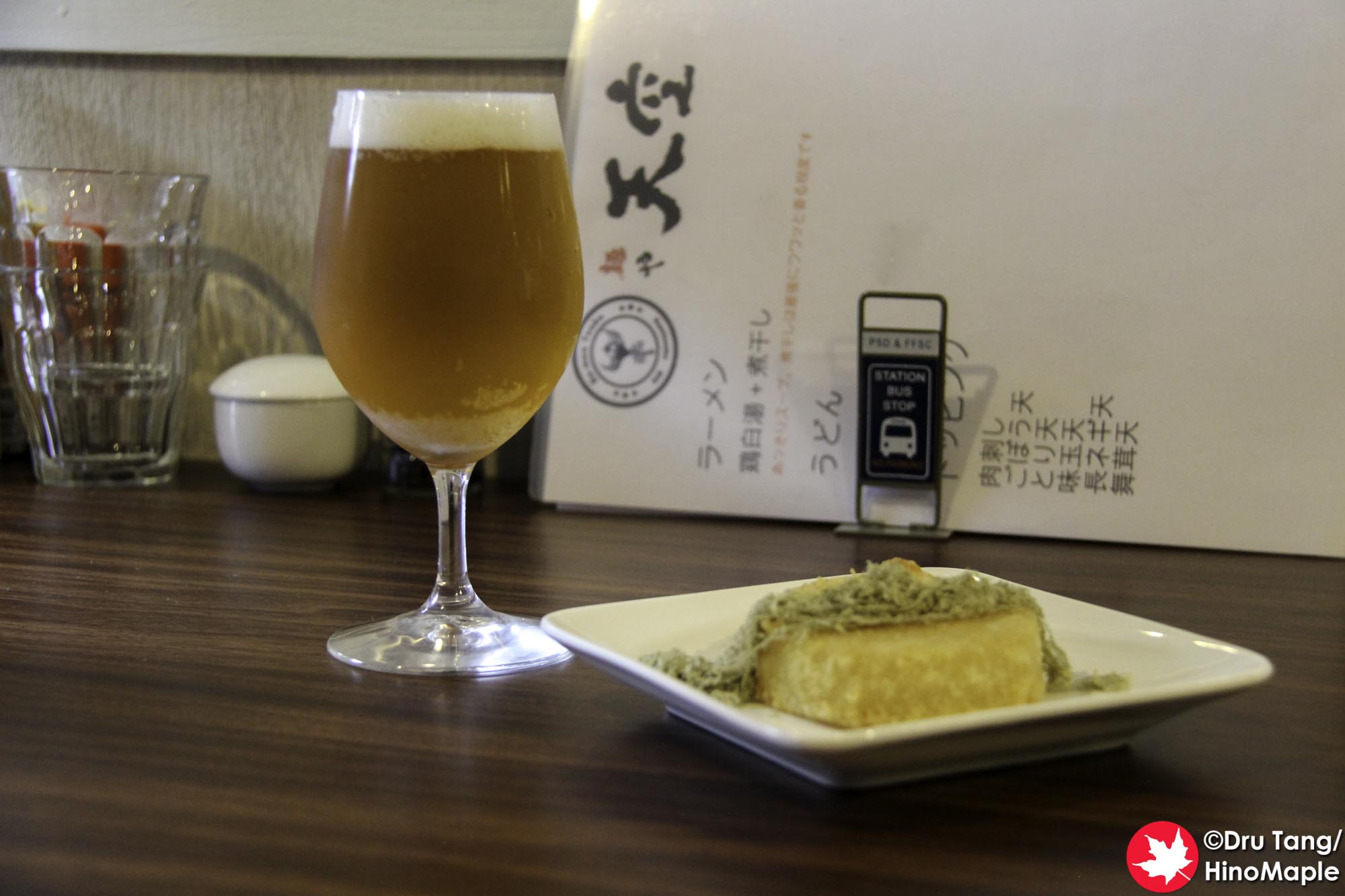 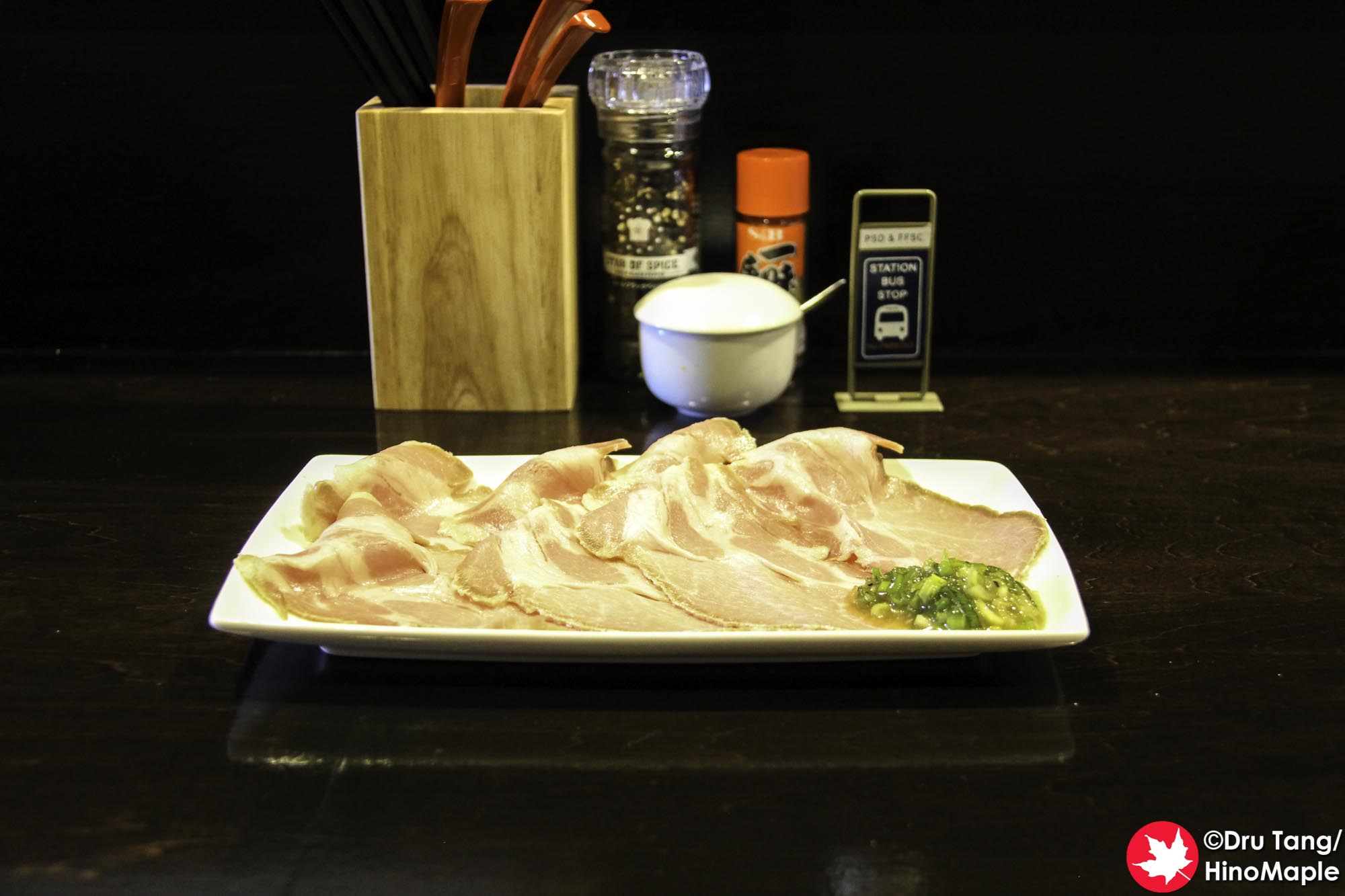 At the time I visited, Roto Brewery hadn’t completed their first beers.  I was hoping to try their beers but by the time this review comes out, it is likely they will have their own beers available.  The beers they had planned sounded really good and I hope to go there soon.  The beers that were available when I visited were also really good and a little strong.  They had a good mix of beers on tap and I’m sure they will be able to keep going strong with what they have. 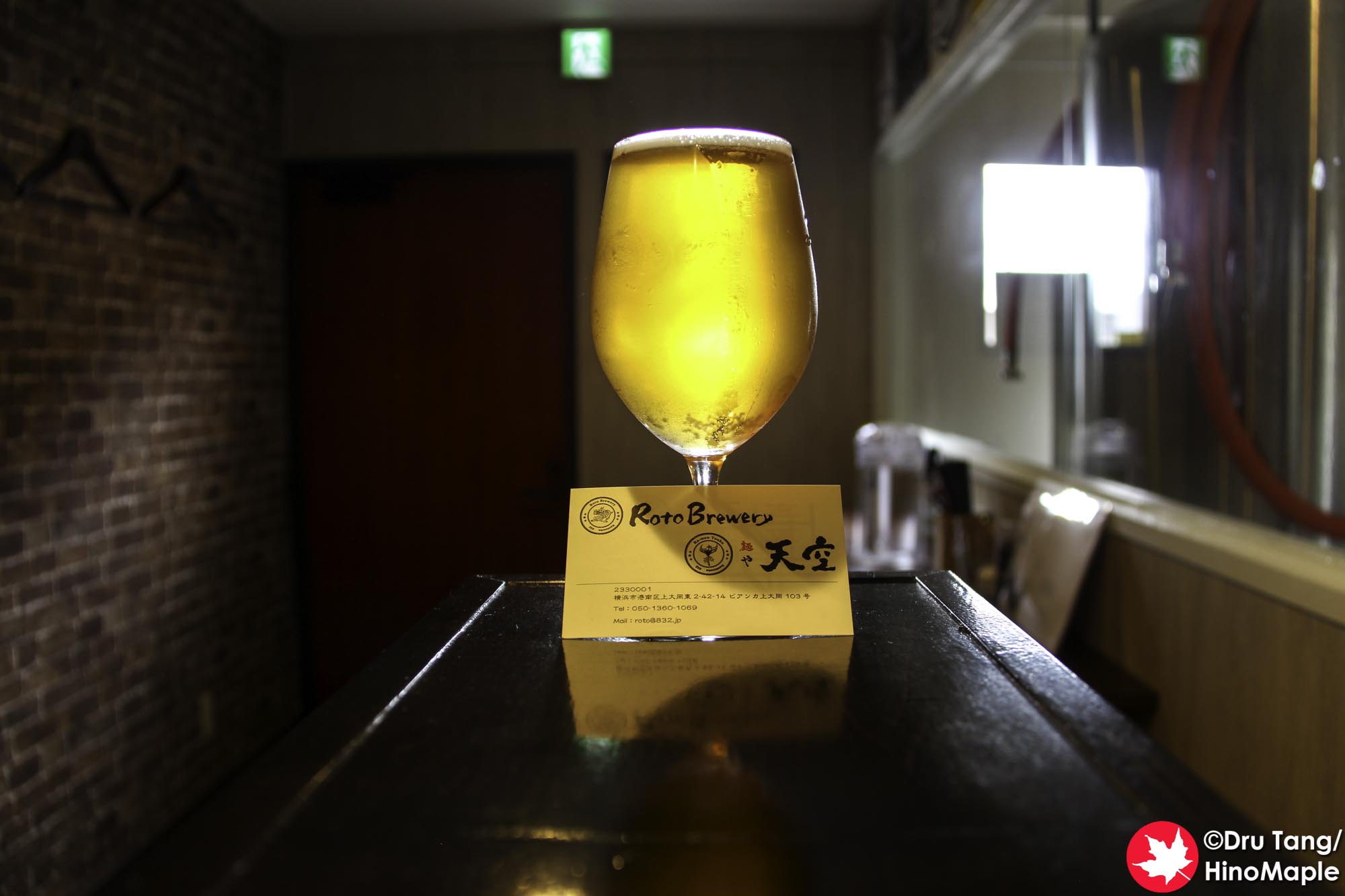 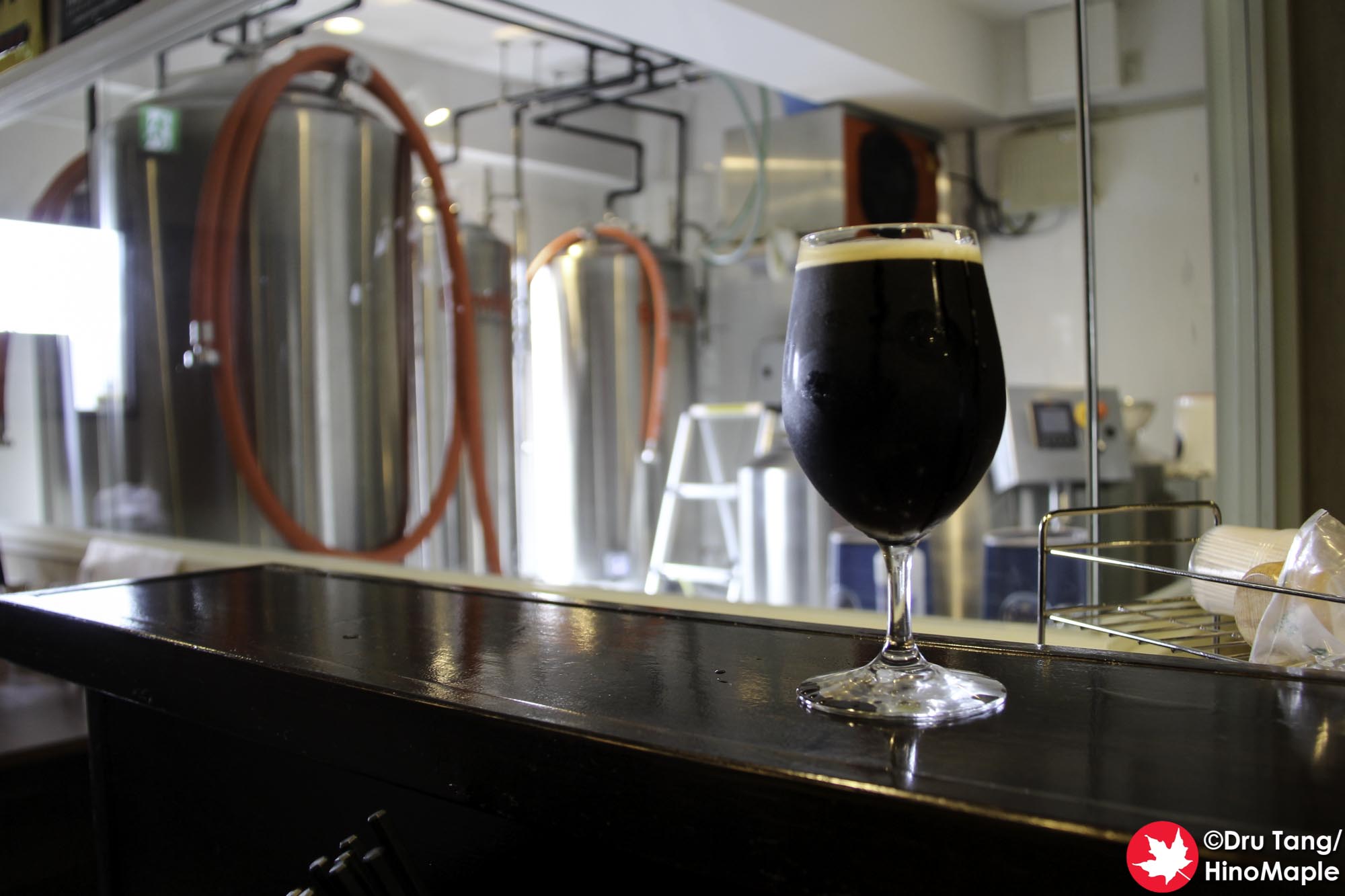 If Roto Brewery wasn’t so inconvenient for me to visit, you can be sure that I will be there more often.  I really like the concept but I’m a bit worried that people won’t often want beer and ramen.  I could easily be wrong and I hope they do very well.  If I’m ever in that area again you can be sure that I’ll be stopping by to grab a pint as well as a bowl of ramen if I can.