If you are ever in Takamatsu, there are dozens of hotels to choose from.  One of the closer hotels to the JR Takamatsu station is Hotel Rupinas.  It is a small family run hotel that is pretty old but it is an interesting hotel. 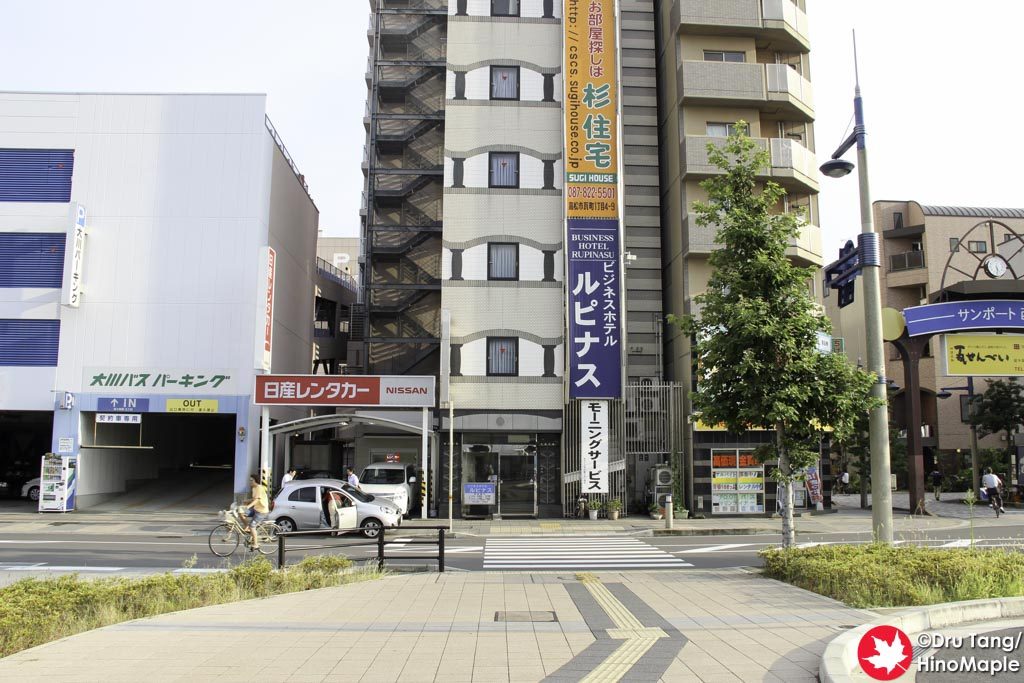 The hotel is located across the street from the bus loop on the south side of the station.  The building itself is pretty standard and not very interesting, including the signage which is relatively small and in Japanese only.  The main lobby is pretty small with only enough room for a couple people.  I stayed there on my first day in Takamatsu and I tried to go there early in order to drop my bag off.  Unfortunately this old hotel is practically closed from 10 am till 2 pm. 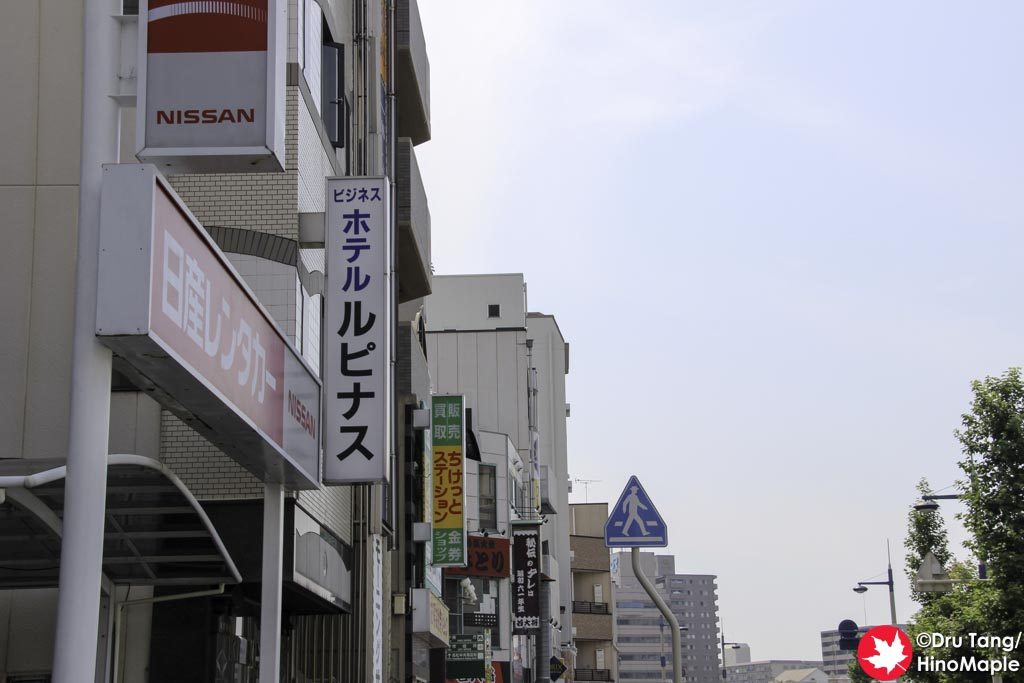 I returned at 2 pm when they opened for check-ins and it was a pretty simple process.  They do accept credit cards and there was a free breakfast included.  There was a nice old lady who checked me in and took me to my room.  The room was in the process of being aired out but the cleaning had been complete.  Some of the other rooms were not quite ready at that moment but it wasn’t too bad.  The room was a bit small overall but it served its purpose.  If you have ever stayed in a business hotel in Japan you know what you are getting into.  The hotel is pretty old but the linens were clean, the shower was adequate, and the amenities were sufficient.  I couldn’t complain at all. 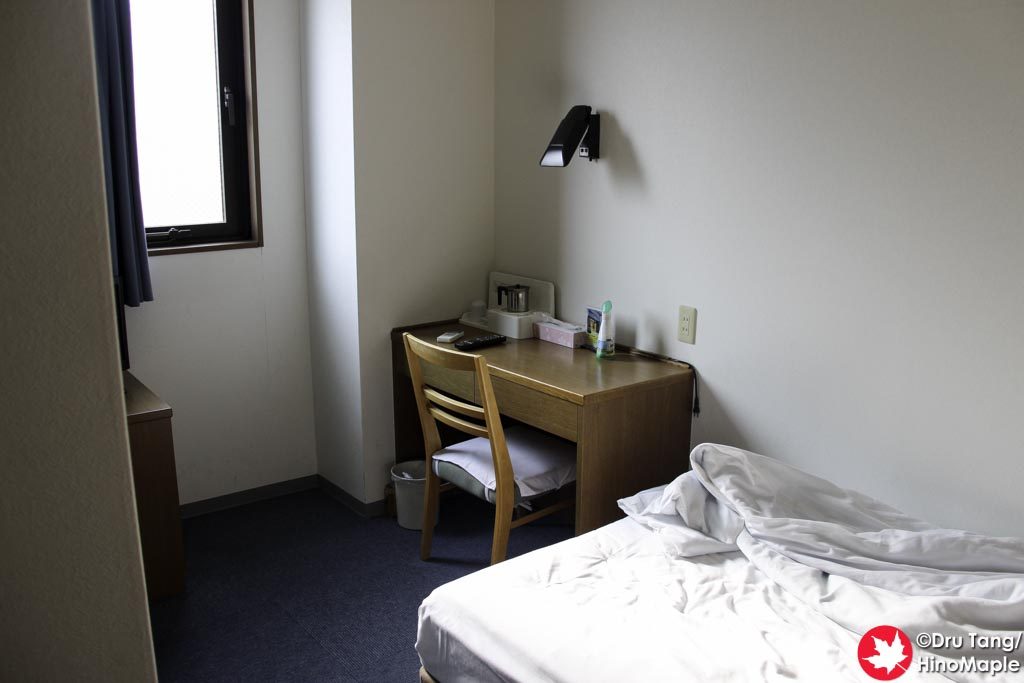 Breakfast in Hotel Rupinas was really nice.  You have a choice of Japanese (fish and rice) or Western (toast and sausage).  It is a typical Japanese hotel set breakfast but the portions were generous.  You can choose how many slices of toast you would like and I just asked for 2.  You also get yogurt, a sausage, some cabbage and coffee.  The breakfast room is located between the elevator and the front desk.  Inside the room they have a large table for 6 people and you get to enjoy a quiet breakfast with other people in the hotel.  They also have the news playing so you can catch up on what is happening in Japan. 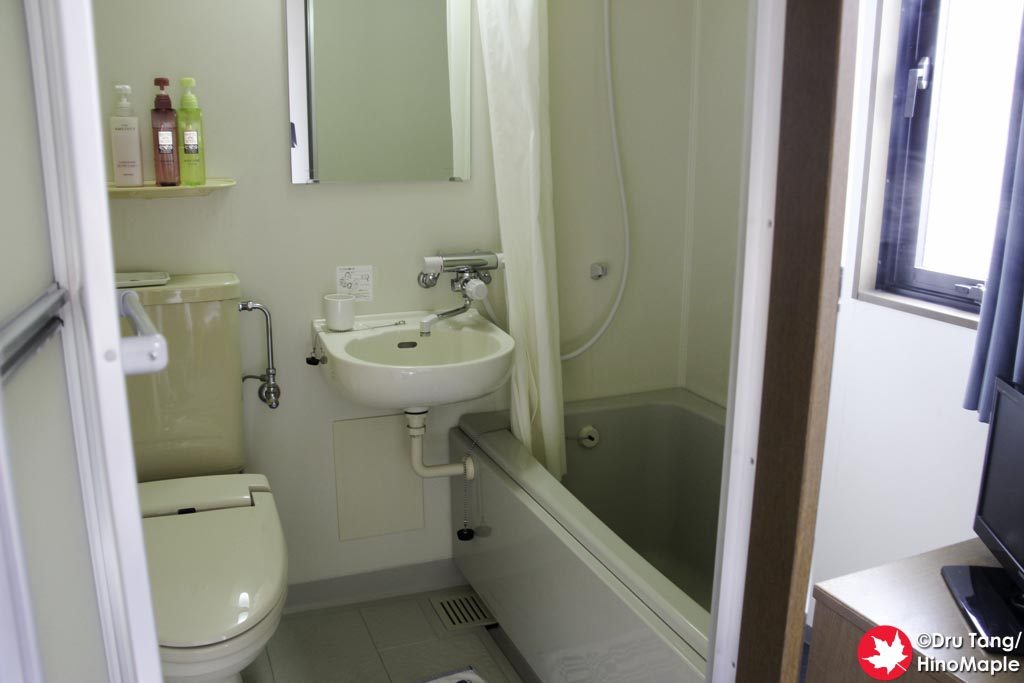 Bathroom of a Single Room at Hotel Rupinas

Hotel Rupinas is a good hotel to stay in as it is really cheap.  I don’t recommend it if you cannot speak Japanese.  It can be difficult as the grandma who runs the place doesn’t speak any English but if you are adventurous or want a story to tell, you will be able to communicate with her.  The place is clean and is very utilitarian so don’t be afraid if you want the adventure.