A lot of my recent posts have to do with Taiheiyogan but that is because my life revolves around this new company of mine.  Last year was a big year with the new website and with a new website that has more exposure, I needed to ensure that I protected myself.  I decided that in order to fully protect my company and its logo I had to get a trademark in Japan.

In April 2017 I decided to create Taiheiyogan’s website and with it I needed a logo.  The logo had been sitting around in my head for a long time.  I had the idea and my friends over at Digital Lapin, specifically Dennis Lo Designs were able to take my idea and work with me to create an awesome logo.  It was at this time that I also realized that my idea had to be protected as someone could easily take it and run with it.  I decided it was time to get a trademark.

I did a little searching on the internet and asking some friends whom I knew had gotten their own trademark.  I asked John over at Only in Japan and he told me about the company he used.  He said that any company that does trademarking would be good, but just be careful.  Of course I looked around at various companies and even got a quote from a couple of them.  I ended up going with Takaoka IP.  They had the best price with a decent website and they had services in English.  I made a quick request for a quote and they were able to help me understand the system quickly. 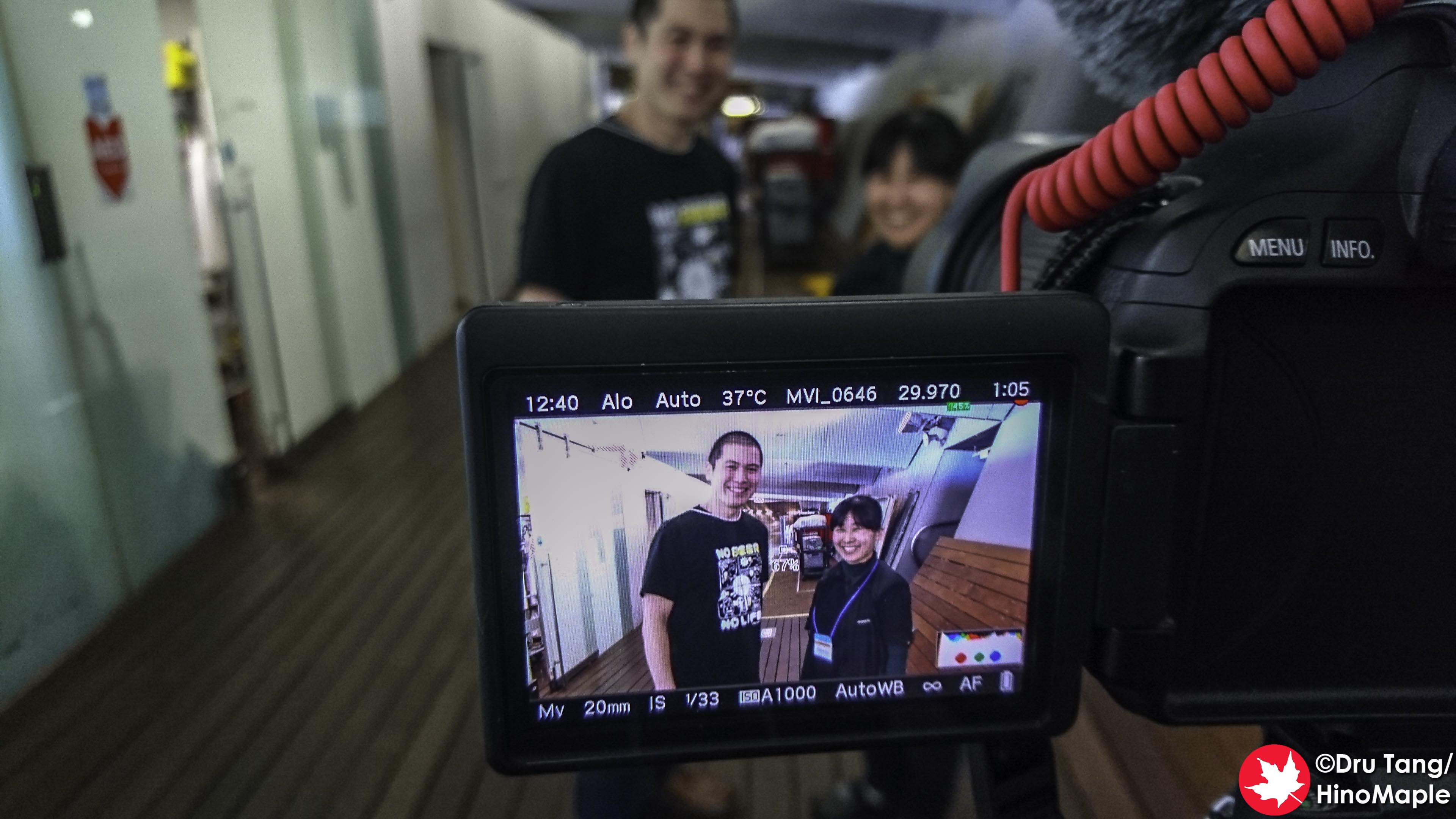 Initially I had to pay a filing fee.  This is pretty normal in any country.  My legal fees were a little under 50,000 JPY and the government fee was under 30,000 JPY.  My trademark was filed at the end of April 2017 and once I had paid Takaoka IP all I had to do was wait.  If there was a problem, or someone contested it, I would have to pay more legal fees, but I was pretty sure I was safe.  At the end of September 2017 I had received good news, my trademark was approved!  It was now a simple act of paying the registration fee as well as more legal fees.  It was another 40,000 JPY for the legal fees as well as 85,000 JPY for the government registration fees for 3 classes.  If you only do a single class, it would be around 28,000 JPY, but I would be severely limited in how I could use it. 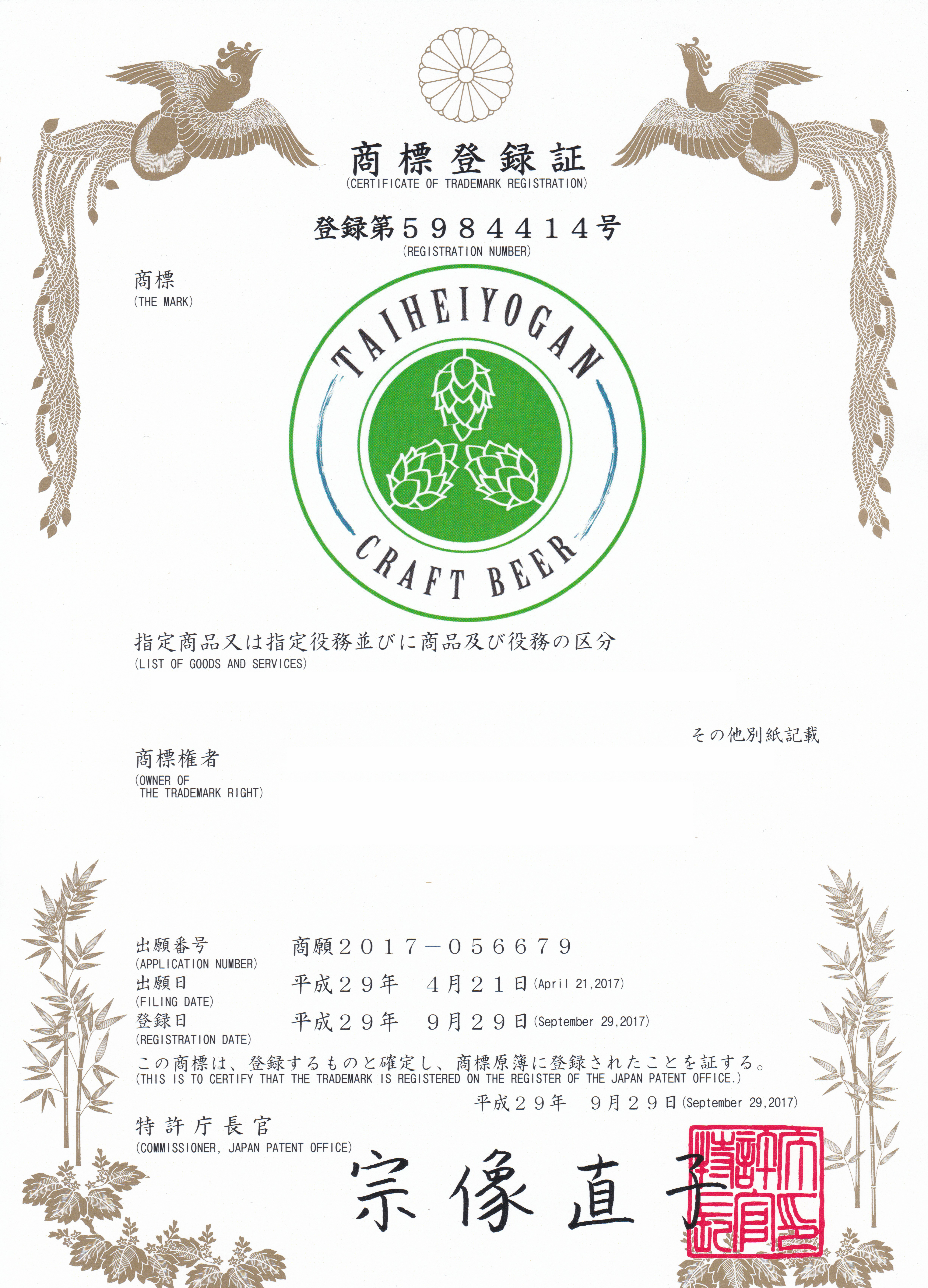 There really isn’t much to it.  The only difficult part is the paperwork and that’s why I got an IP lawyer to do it for me.  I’m sure that if I was proficient in Japanese I could do it all myself.  Unfortunately law firms with good English skills, or good enough, can make a lot of money as it is really difficult to understand Japanese kanji for legal terms and such.  Either way it was money well spent as I could focus my time on getting my website up and running.

If you are curious, my logo does have a lot of meaning, but none of it matters to the government.  Beer is made with malt, hops, water, and yeast.  The central point is the three hops facing inward.  The text is black to represent malt and the two blue lines are water.  The white space is yeast.  The idea was to make it like a “mon”, or crest.  It is a pretty simple, yet meaningful logo and I’m sure that over time it will evolve.  For now I’m happy to say that it is mine and no one is allowed to use it without my permission.