T.T Brewery is a small brewery located in Kawasaki, between Tokyo and Yokohama.  I had learned about this place a couple years ago but they had opened back in 2013.  It is a small brewery run by a small company with various restaurants.  I had been skeptical about the quality of their beers but with Taiheiyogan, I had to give this place a try. 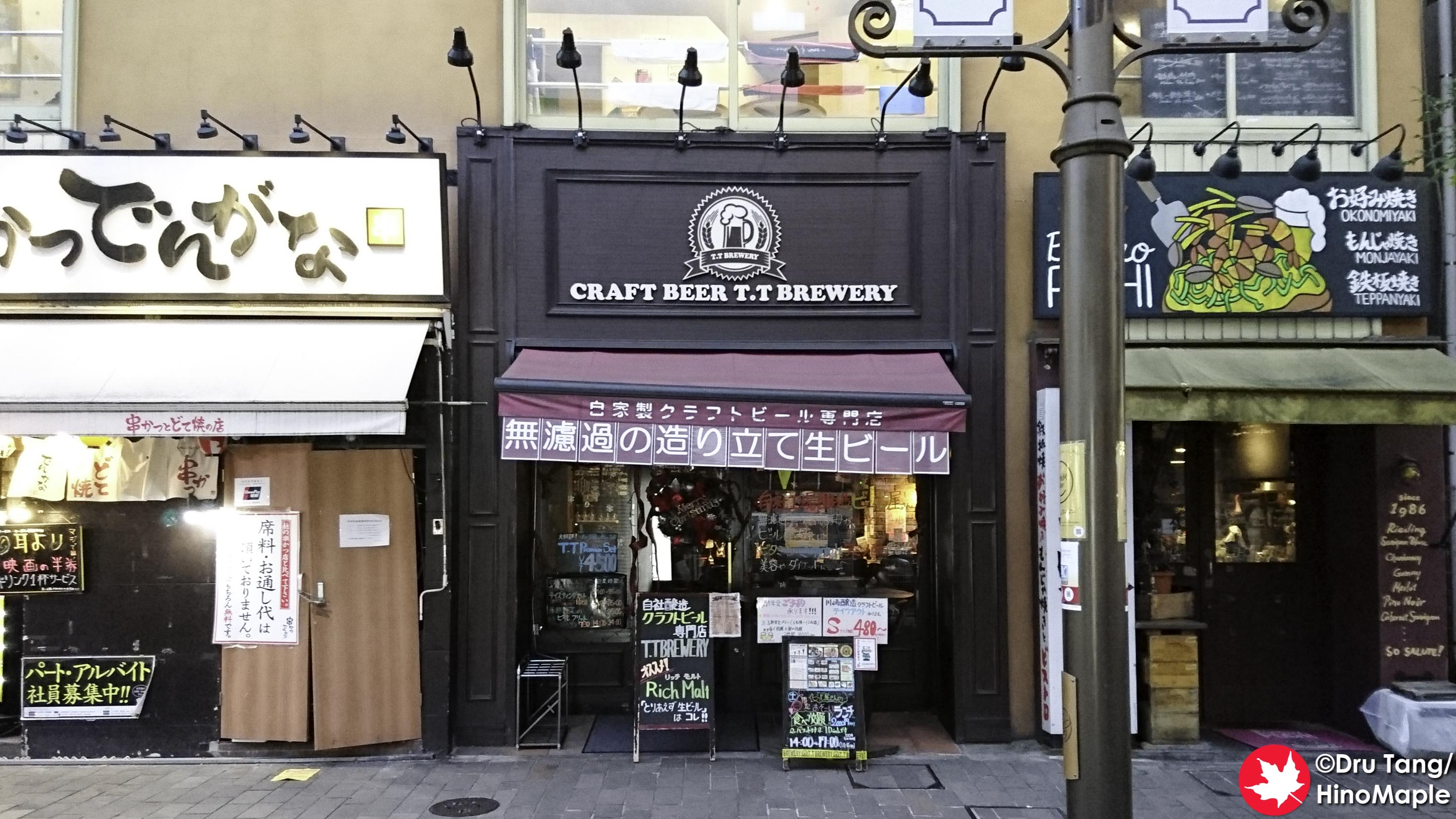 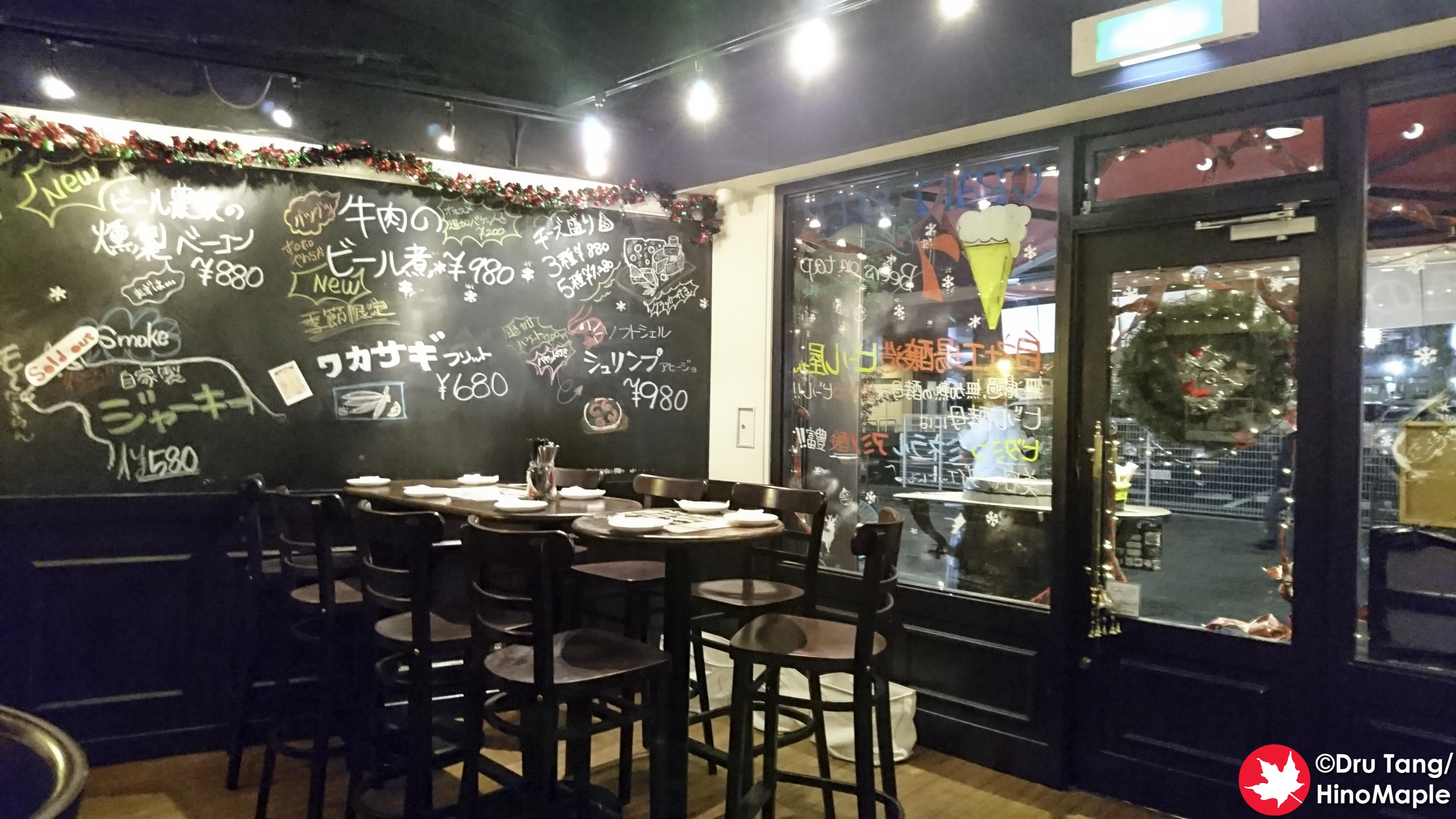 T.T Brewery is not far from the station and located next to the La Cittadella shopping complex.  It is on a busy street and while I was the first person to visit the shop, it did get very busy by the time I left.  The interior is pretty nice with a lot of wood.  There aren’t a lot of seats so the place will fill up fast.  They even opened a new shop called “caffs” that is near T.T Brewery.  The original “caffs” was an event space but they turned it into a second restaurant with T.T Brewery beers as well as a few others. 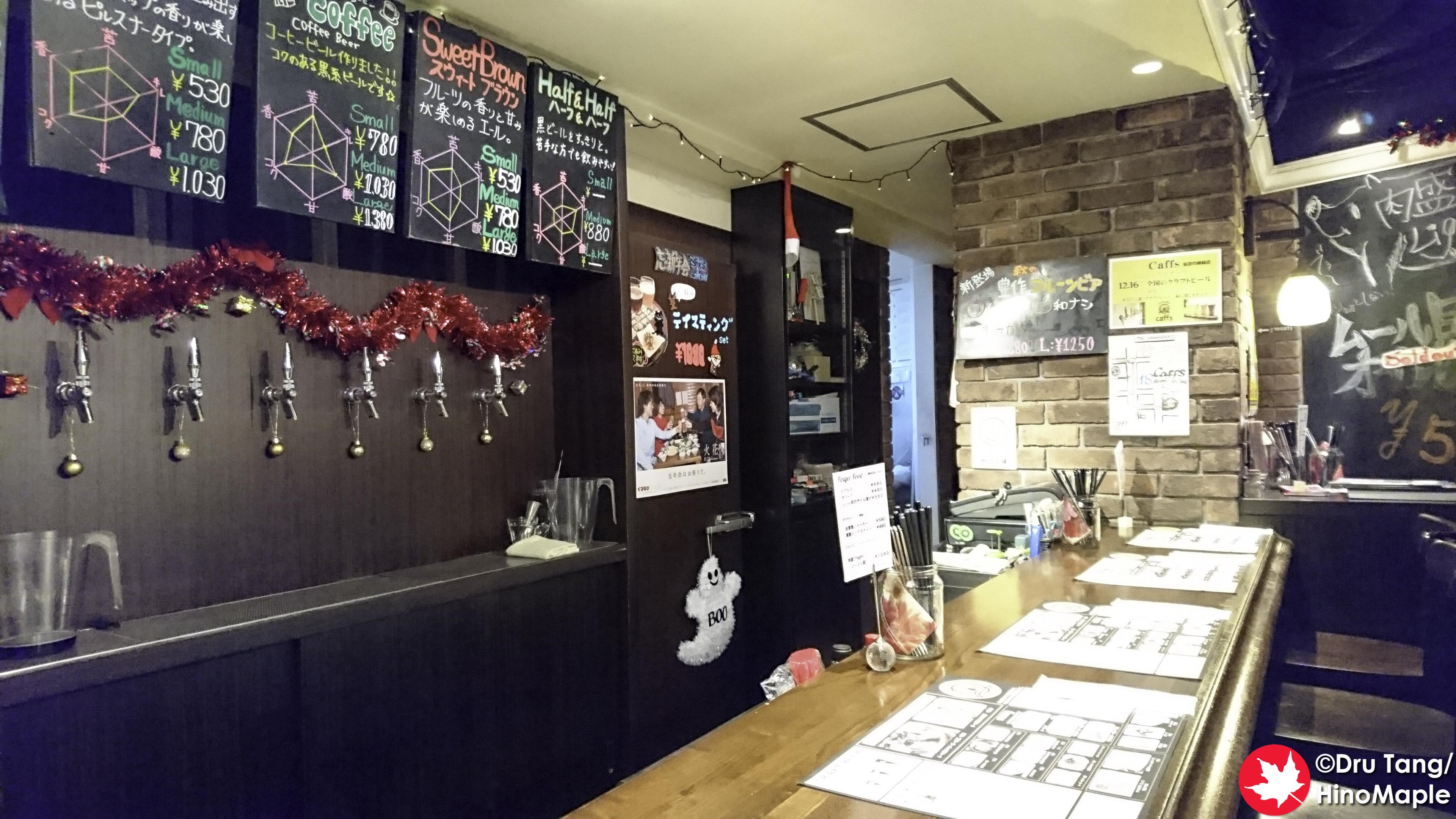 I do not know if the beers at T.T Brewery are good or not.  This is because of the selection of beers that I had.  The first beer I had was the Frontale, a beer to celebrate Kawasaki Frontale, the local football (soccer) team that had recently won the 2017 J League Championship.  I didn’t read the Japanese correctly and I missed the part that said “blue beer” and when it came, it reminded me of Abashiri’s blue beer.  I was expecting something to taste like juice but I was happy it tasted like beer.  Unfortunately it was not something that I wanted and I was still disappointed.  I kind of knew what I was getting into and I wouldn’t fault a company for trying to cash in on the success of the local sports team. 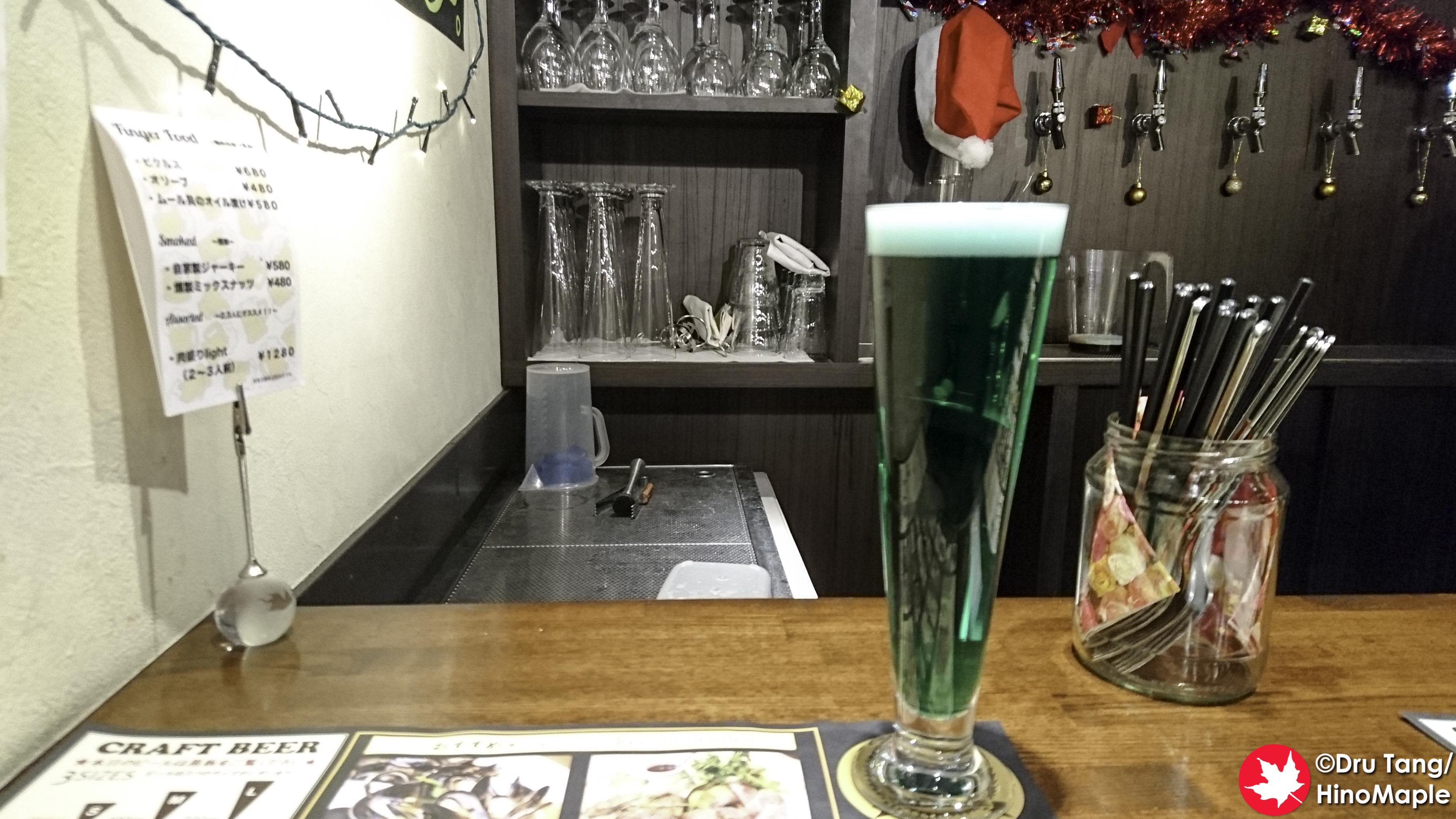 The second beer I got was the Coffee Beer.  This is another beer that I think disqualifies me from making a proper judgement of their beers.  It is a specialty beer and it can be difficult to get this right.  While it was nice, I think they chose the wrong coffee to go with the beer and it had a slight sourness from the coffee that just didn’t match well.  It is pretty tricky to get a coffee beer to taste right but there was potential. 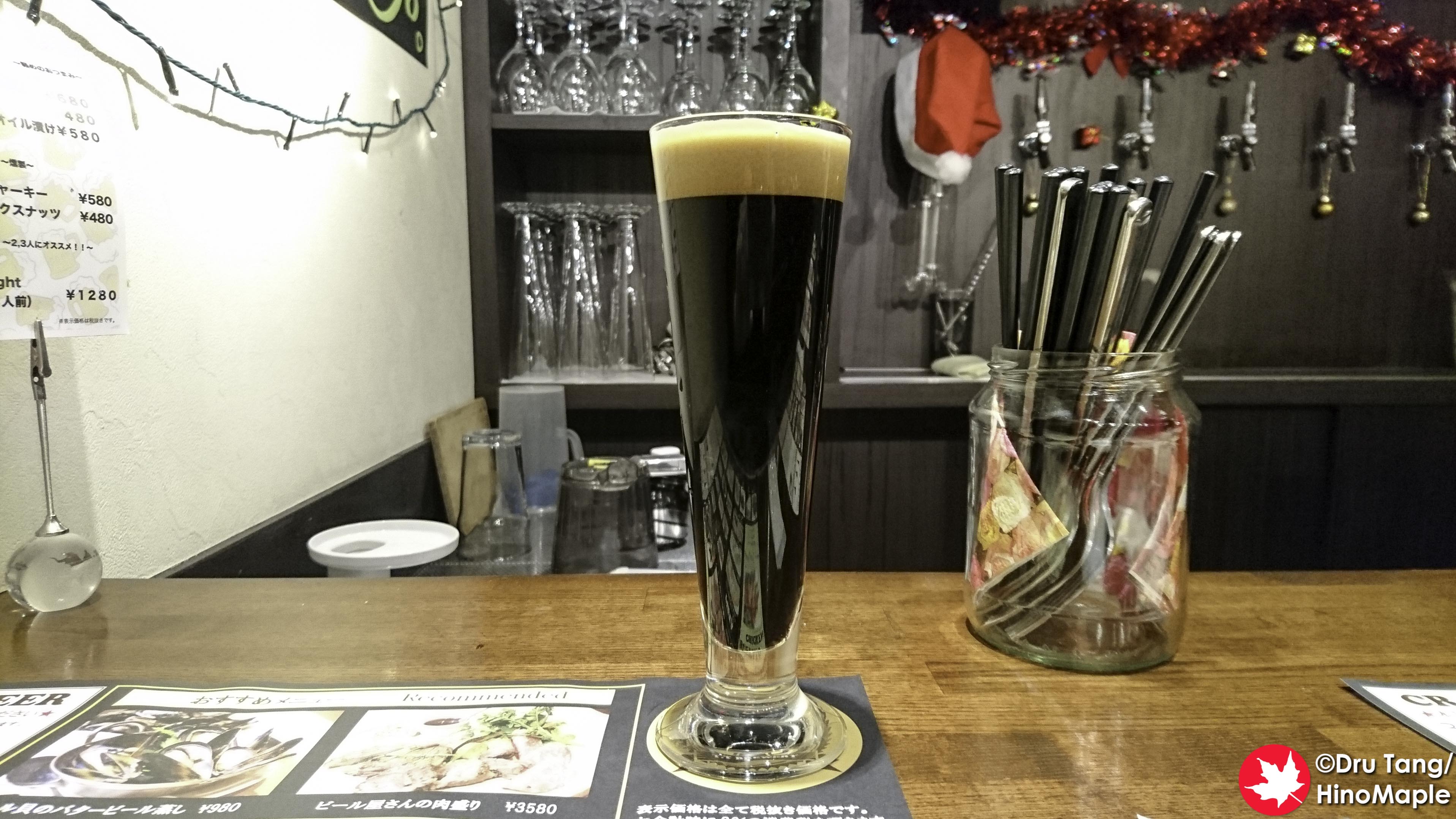 T.T Brewery may not be a place that I will visit for a second time anytime soon.  It is a place where I have to visit again to give them a fair chance.  I didn’t try their main line-up so I can’t say if their beers are good or not.  Experimenting with different types of beers is important and sometimes they are not as good as you’d hope, especially in the beginning.  I do look forward to trying their other standard beers in the future as well as their food as I heard the food is pretty good too.