The JR Uno Port Line Art Project is a multi-station project that starts at JR’s Uno Station.  The artwork was created by Esther Stocker and something that I was excited to see.  To be honest, I think I over-hyped the artwork as I was truly disappointed in what I saw. 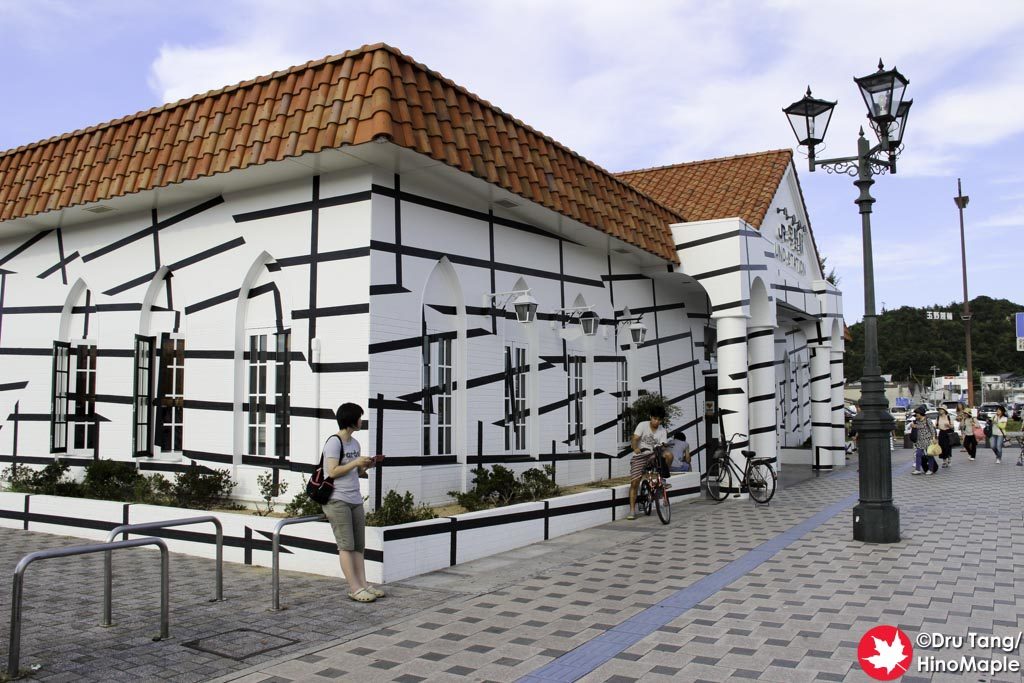 The JR Uno Port Line Art Project is a little difficult to see.  It spans 4 stations (Uno Station; Bizen-Tai Station; Hachihama Station; and Tsuneyama Station) from Uno Station.  It isn’t difficult to see all of them but if you plan to enjoy each station, you will have a tough time as trains generally run once an hour in the off peak times, at most 3 times an hour.  Basically, you will arrive at the station, jump off, take a photo, and jump back on.  For this reason, I didn’t bother visiting any station other than Uno Station. 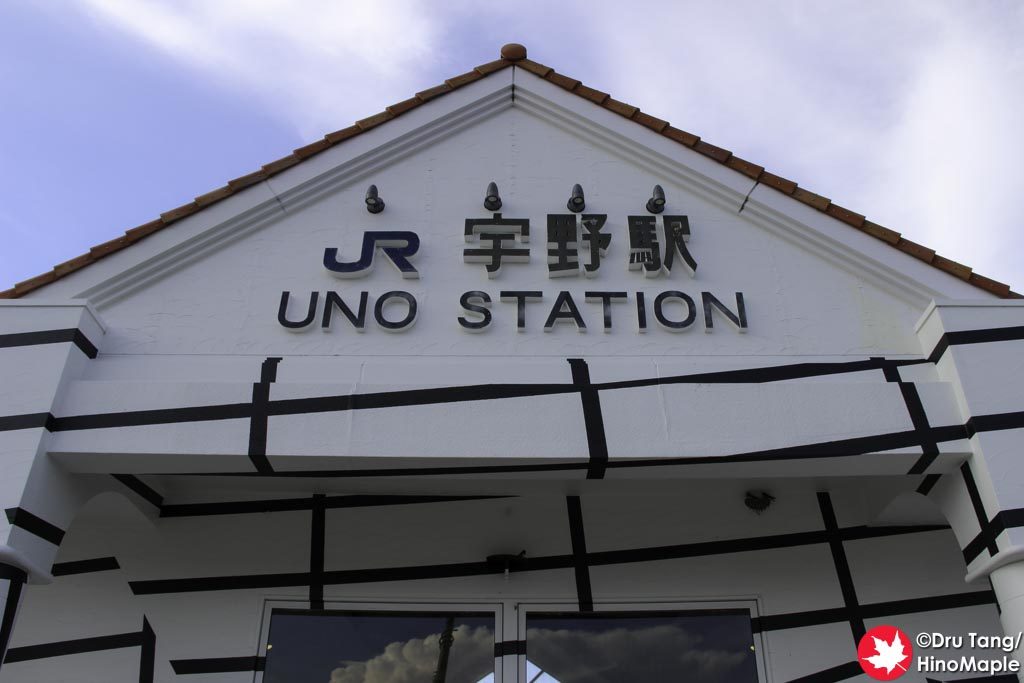 Uno Station can be a pretty busy station making it difficult to get good photos.  The JR Uno Port Line Art Project at Uno Station only covers the facade of the building.  Ester Stocker’s style for all 4 stations is pretty easy to recognize.  There is a base colour with various lines used to create shapes.  Originally Uno Station had a pale facade with a red tiled roof.  The roof is unchanged but the facade was painted a brilliant white with rectangular shapes marked with black lines.  The lines themselves become “cracked” and angled as if a glass was broken or an earthquake occurred.  It was really interesting to see but with a lot of people in front of the station I was not really interested in the artwork. 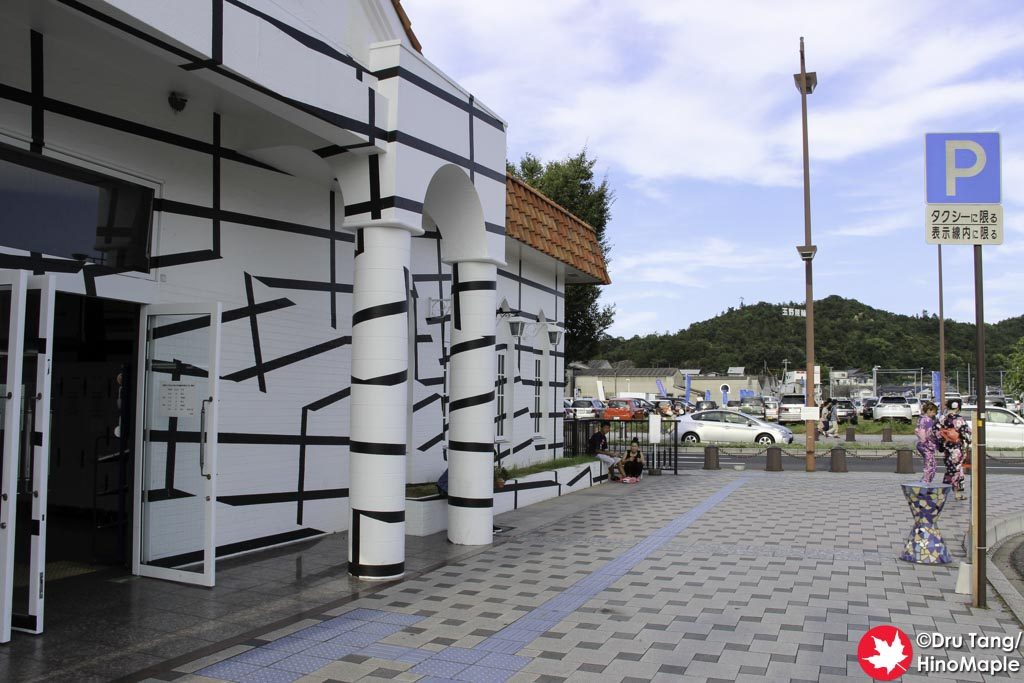 My only problem with the artwork, and it is very selfish of me, is that the entire station was not done in the motif.  Two of the stations in the project had the art extend from the station buildings onto the platforms.  Considering the audience, it was a little strange to see Uno Station, the main attraction, being somewhat bare.  I was hoping the inside of the building and platforms would continue the artwork but unfortunately that was not the case.  My only hope is that they will have more money to help Ester Stocker to expand the artwork at the station and it can completely amaze me in the future. 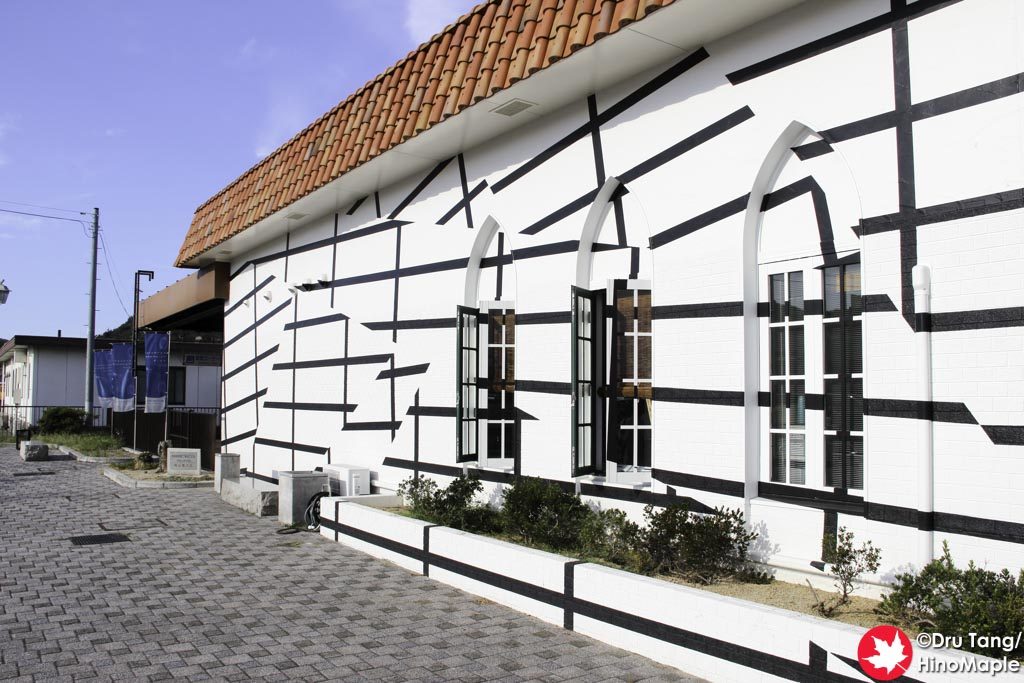