Spring Valley Brewery opened in 2015 in Daikanyama, a very posh area of Tokyo.  Think of Beverly Hills, but much smaller, and you have Daikanyama.  There are various high end boutiques in the area and Kirin decided to capitalize on this.  They opened the first Spring Valley Brewery in Daikanyama and continue to expand the brand.  While it isn’t an independent craft brewery, they do their best and they really shine where other independent and small craft breweries really can’t. 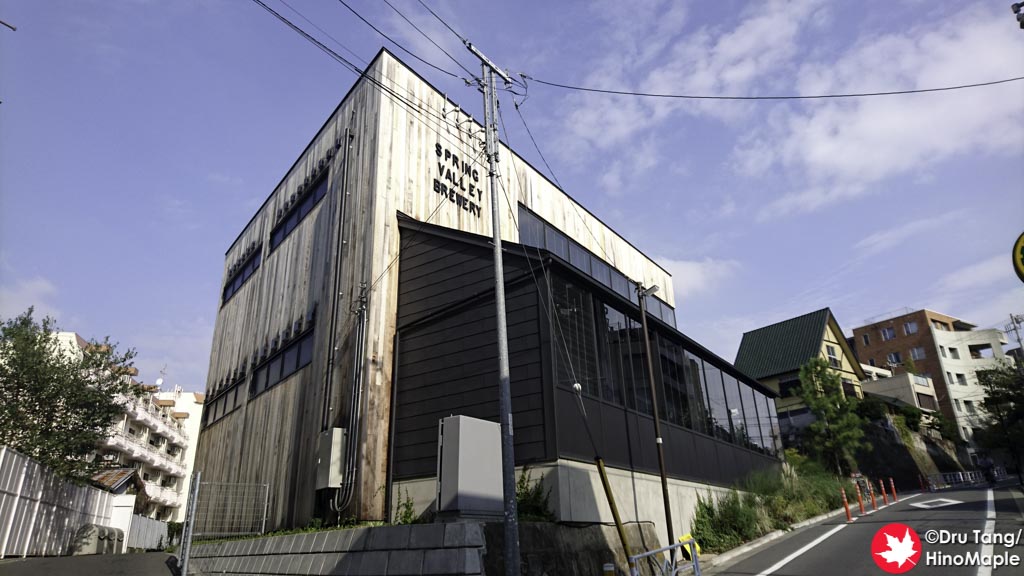 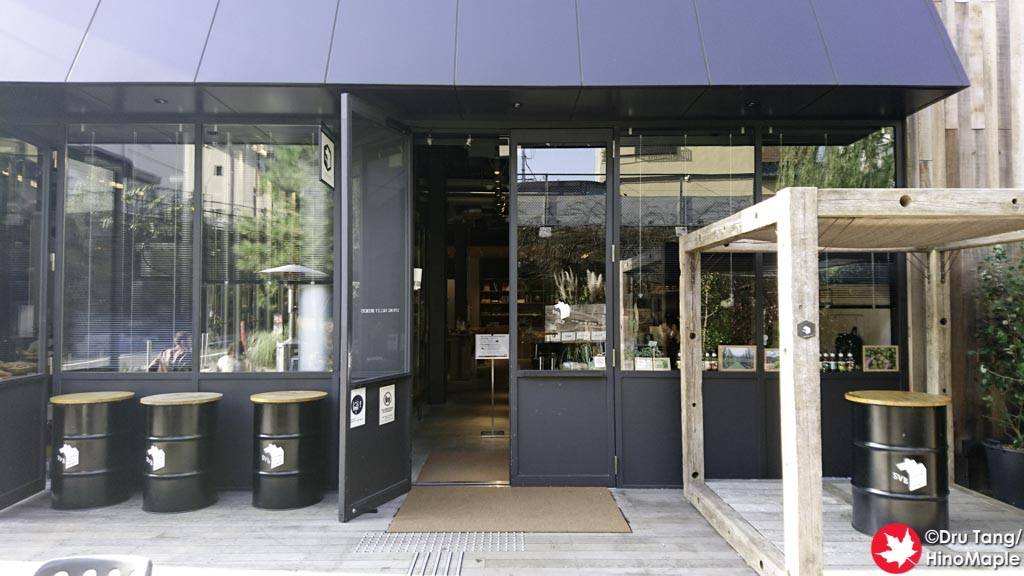 The atmosphere at SVB Tokyo was really nice.  They have a nice terrace and the interior is huge.  They have a nice counter seating area on the first floor but the people working the counter weren’t really interested in chatting with me, for whatever reason.  They were a little busy trying to get everything prepared but sometimes a little conversation will go a long way to improving the experience of a patron.  I honestly felt ignored, but at the same time, one can look at it as giving me my space.  I tried to look at it as trying to give me space. 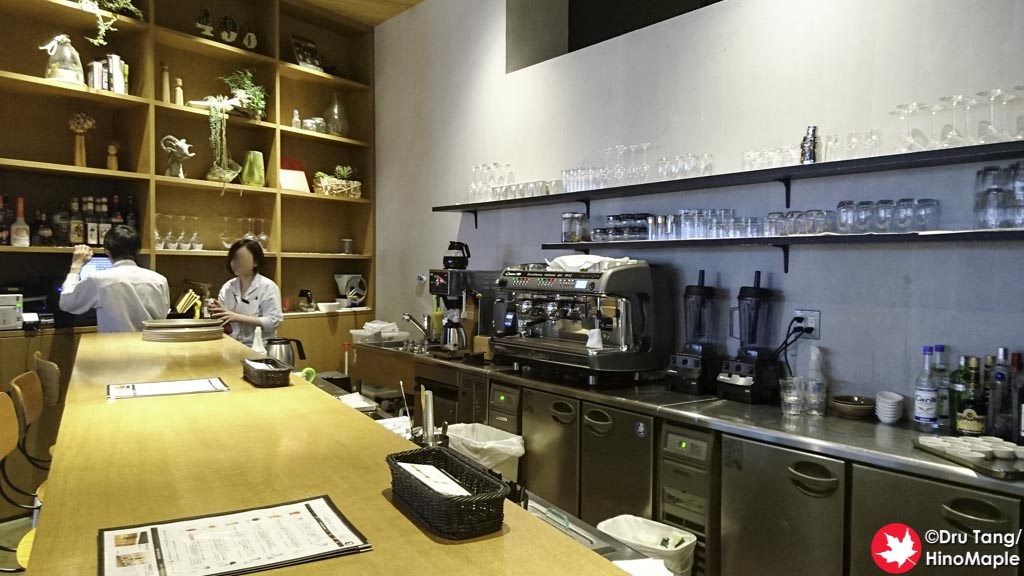 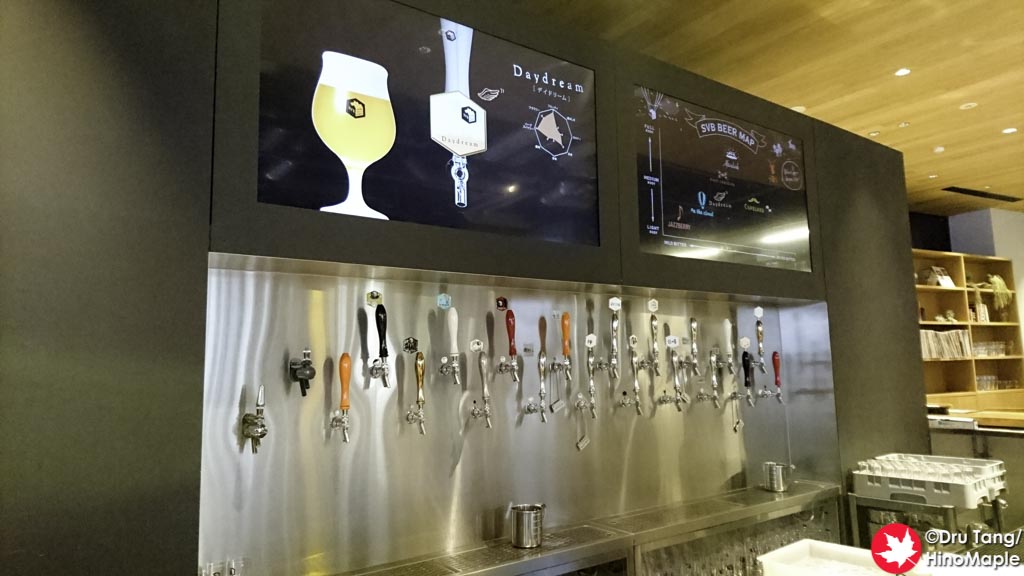 The interior of the first floor is very spacious.  I really enjoyed the layout and I wish I had a chance to visit the upstairs section.  I was seated at the bar which was pretty big.  You can see where they brew their beers and do the kegging but unfortunately they do not give you a schedule on when they do their brews.  The place is a full functioning brewery. 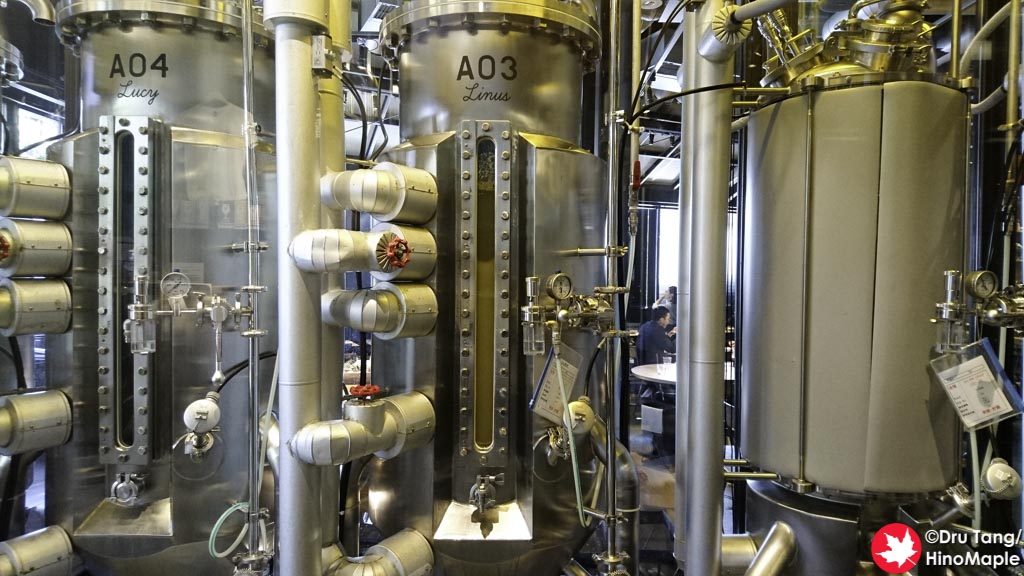 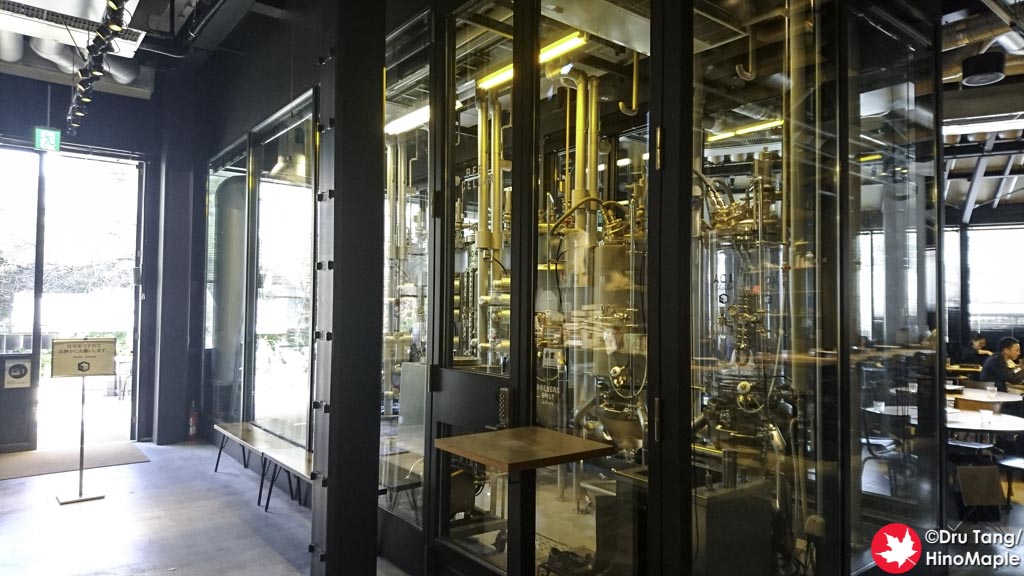 When I visited I had their new Fresh Hop 2017, which was a Pilsner that tasted like Kirin Ichiban Shibori.  It wasn’t bad but nothing special either.  I was a little disappointed overall but I wasn’t able to try their other selections as I just didn’t have time.  This is mostly my own fault but the next time I’m in the area I will probably be back again to get more beer than just one. 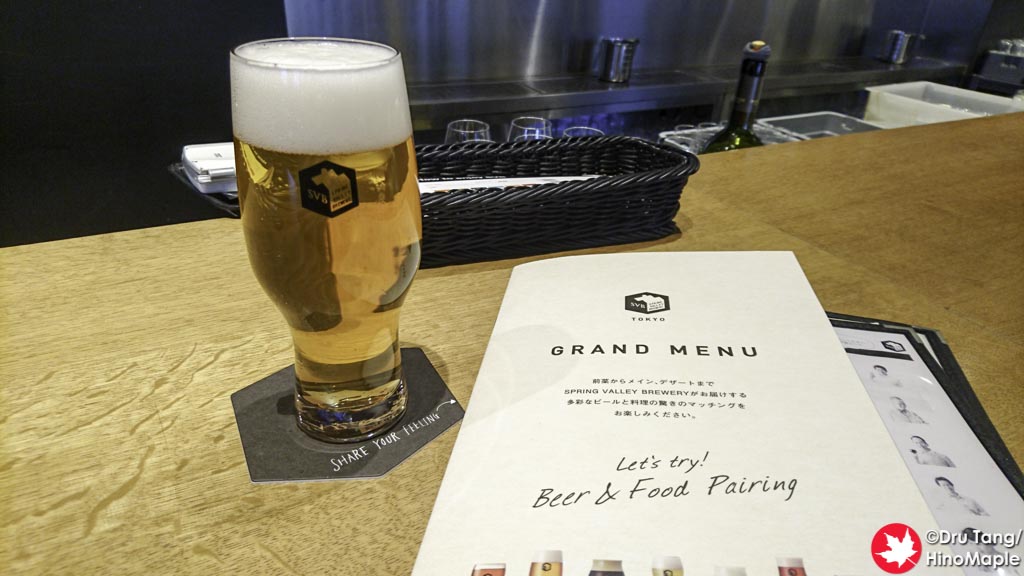 I don’t go to Spring Valley Brewery for the beer; I go there for the food.  This is really where this place shines.  While I was taken aback by the price of a chili cheeseburger, 1,300 JPY, it really isn’t that expensive when I consider the quality of the food as well as the general prices for something similar back in N. America these days.  I am always taken by surprise when I go home and the regular burgers I used to order at around $10 a piece are now $17 including tax and tip.  The burger was part of the lunch special and it came with a salad, fries, and coffee/tea.  Everything was good but not excellent.  For such a large company, I was really happy with what I received.  The burger was excellent and the fries really complimented it as well.  The salad had a little oatmeal with it and the coffee, although not as strong as I prefer, was still good. 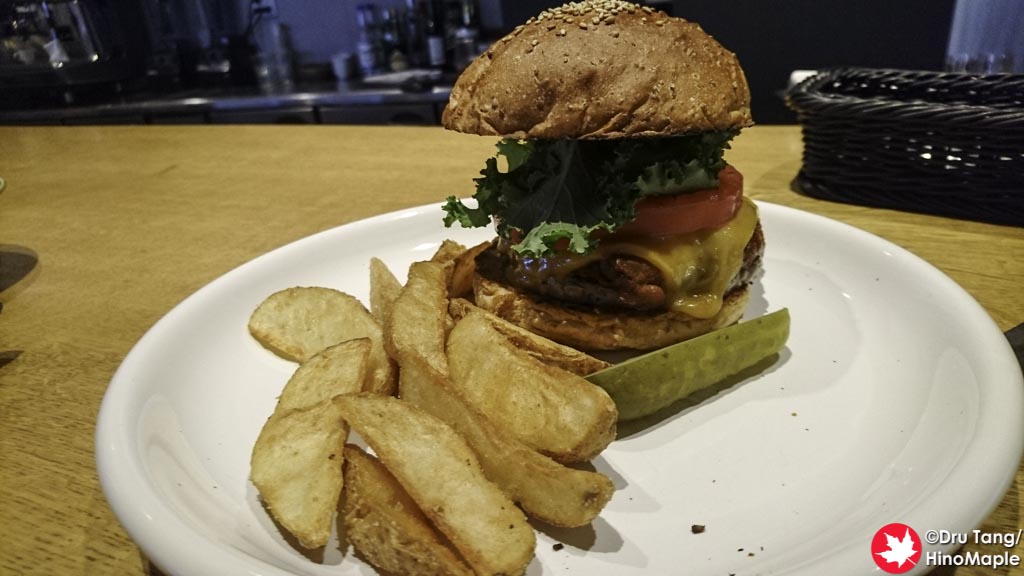 The only problem I had with the service was that they basically kicked me out.  Once the coffee came and I finished my beer, instead of offering me another beer they gave me the bill and took the menu away.  I think this is pretty bad considering I arrived at a late lunch hour.  I’m sure they are pretty used to people entering on their own and getting a quick lunch beer and leaving, and while I had other obligations afterwards that prevented me from getting another beer, I was a little sad that they didn’t try to keep me.  I really loved the place itself and would have had a good time just enjoying a few beers in the afternoon. 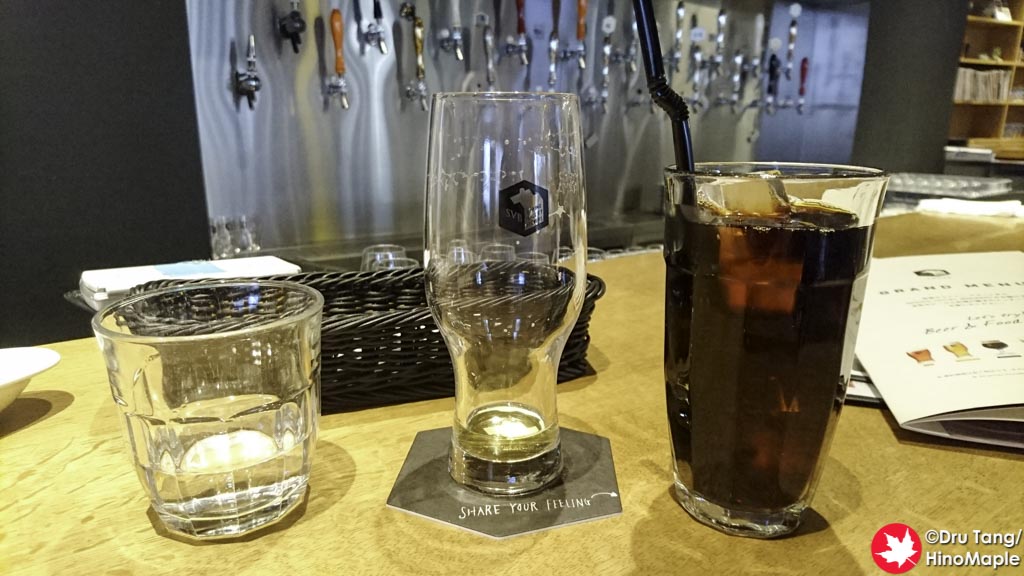 Spring Valley Brewery (Tokyo) is a good place and I will be back again.  There are other places in the area that are probably better, like Ivy Place run by T.Y. Harbor, but for the price you can’t beat the cost performance of SVB.  The beers are good for what they are but they really shine with the food.  I’m sure that I will also start to like their beers even more as time goes on and I start to enjoy their styles of beers.