As always, I had my annual pilgrimage to the holy shrine of MotoGP in Japan in October.  I went on my usual overnight tour with Yamaha and had a nice bus ride up from Tokyo station all the way to Twin Ring Motegi.  It is a few hours north of Tokyo and definitely a long trip but definitely worth the trip for anyone who loves MotoGP like me. 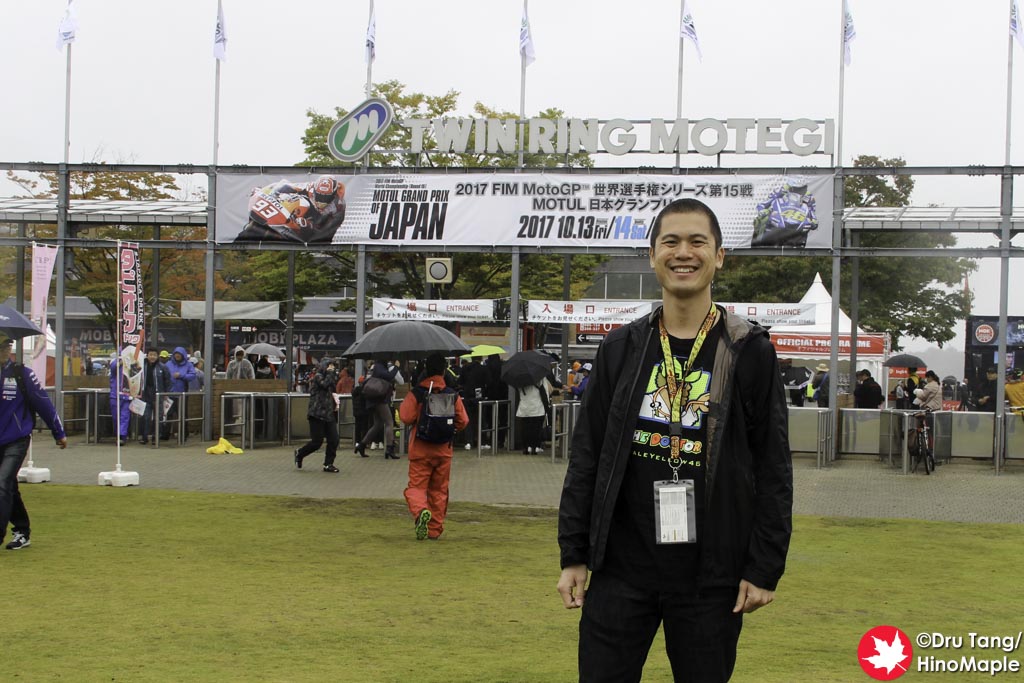 Can’t wipe the smile off my face.

I can’t remember how many years I have been going to the races so things are starting to get blurred together.  I really love going but it is often starting to feel the same.  I always get extremely excited the week leading up to the race because a lot of racers are in town early to enjoy Japan as well as to do various promotional activities.  With 3 Japanese manufacturers being represented in the championship it is only natural that a lot of them have promotional activities in Japan such as visiting the company headquarters.  It can be a little much as trying to find where all of these events are located and at what time can be difficult if you don’t follow the news in Japanese. 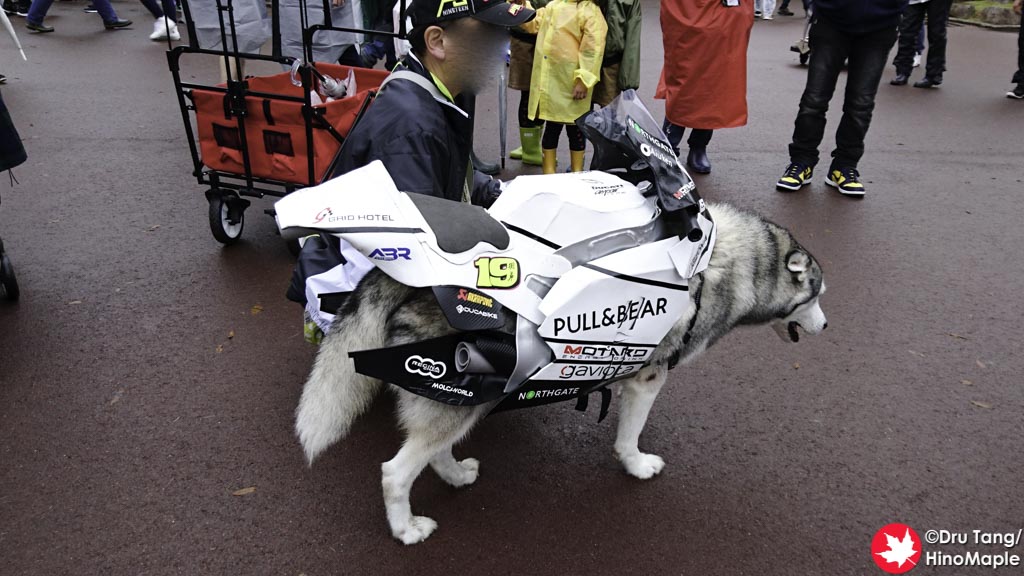 This year my season started on Wednesday before the race as Yamaha was having a special event in the KITTE building at Tokyo Station.  I missed a big event with all of the riders in the morning but I was there for a special talk show in the afternoon.  I couldn’t stay the whole time but I watched as much as I could and could even enjoy some of the displays.  They had an R1 on its side at about 60 degrees, the maximum lean of a MotoGP bike, as well as a couple R6 bikes with full VR headsets so you could take a short lap of Suzuka.  You basically leave the pits; do the S curves; flow into the Dunlop curve and Degner before you suddenly jump to the last chicane and back into the pits.  I had a lot of fun at this event and hope they will be back again next year. 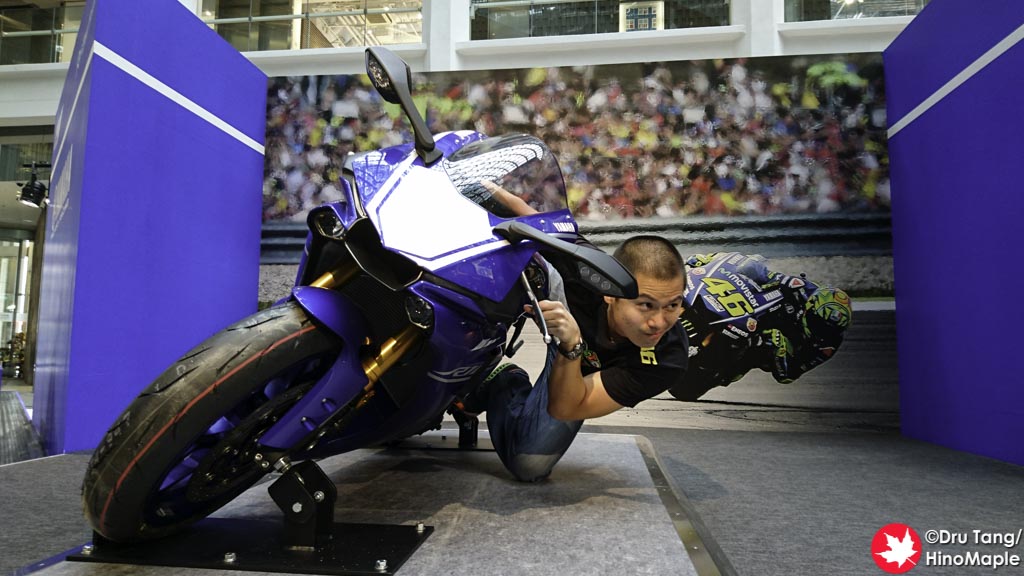 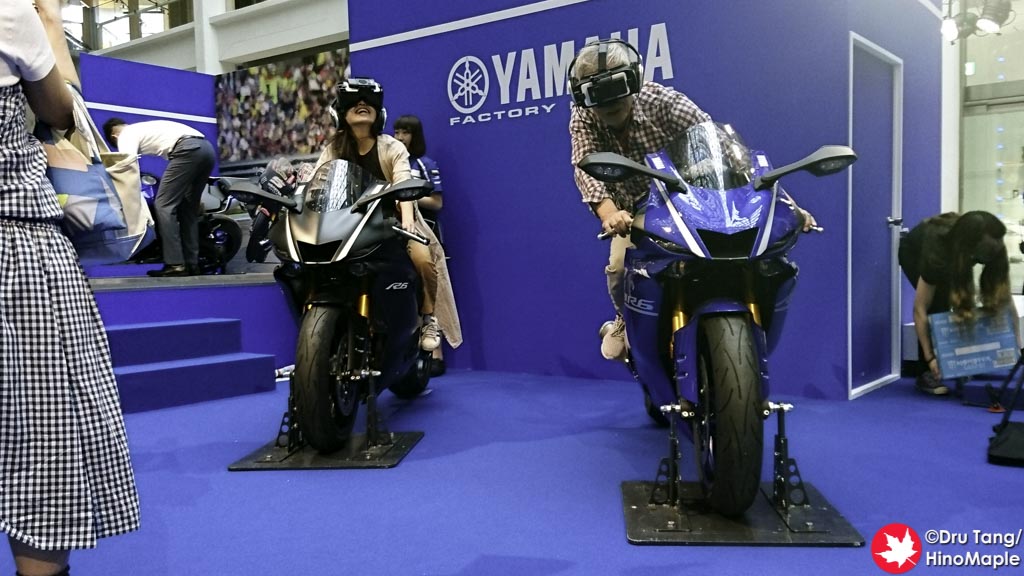 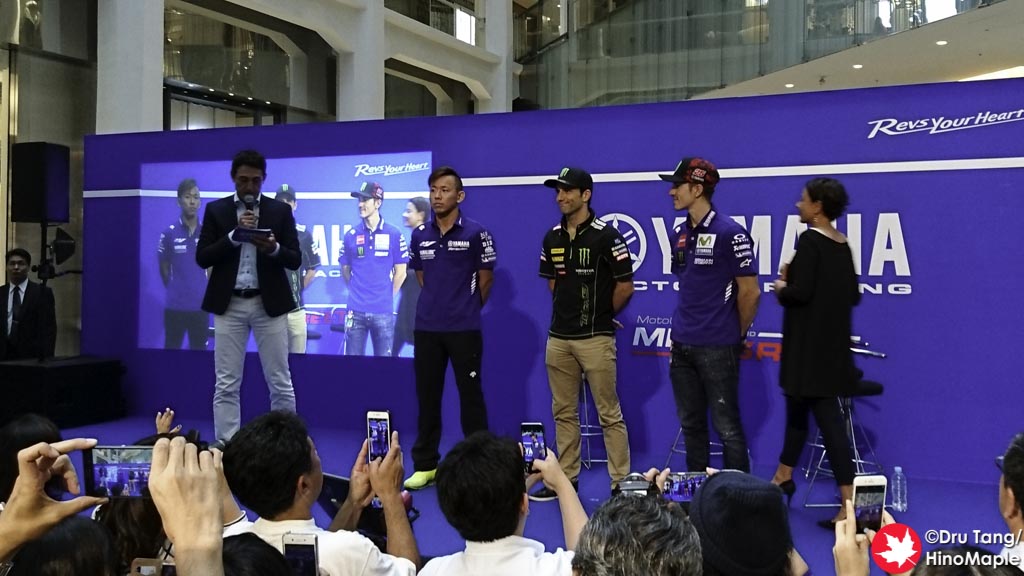 Fast forward to qualifying day and it wasn’t bad but the weather was terrible.  It was cold and cloudy with a little rain sprinkled throughout the day.  They were having some of the highest attendance records in recent history and it was bustling.  I did my usual shopping rounds to decide if there was anything I just had to buy ASAP, but this year was a little poor; last year was much better, but my wallet thanked me this year.  Personally, I was really happy with my spoils as I bought a fan towel for Valentino Rossi that was actually made in Imabari, Japan.  Imabari is famous for their towels and I instantly knew it had to be from Imabari by the distinctive weave.  While most fans probably didn’t know this, and probably didn’t care, I was happy to learn about it and happy that I got it. 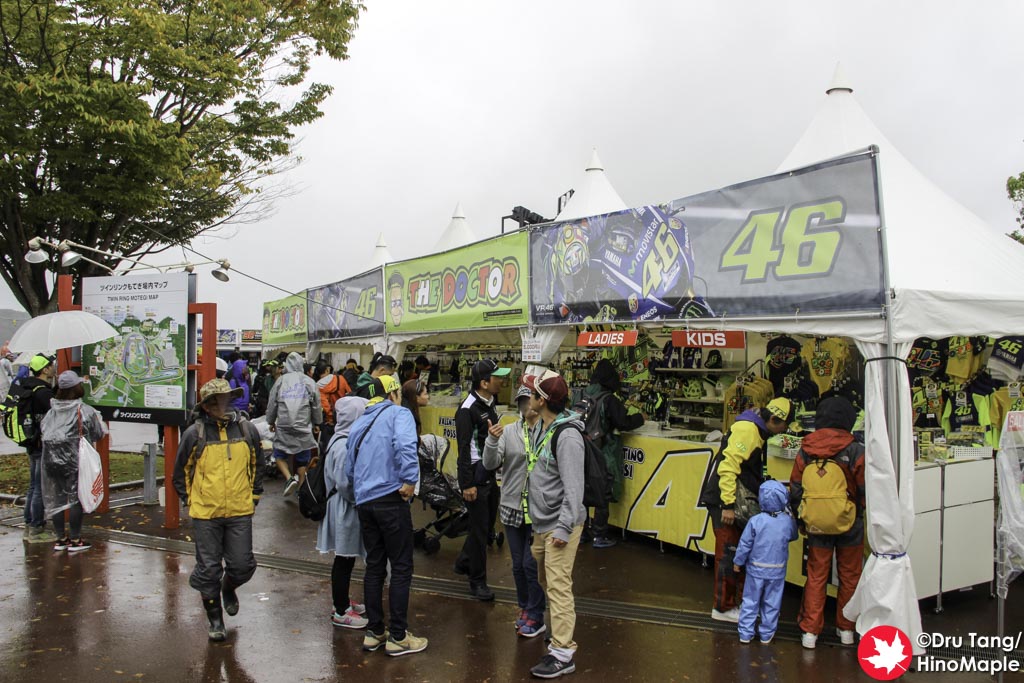 Shopping at the Japan GP 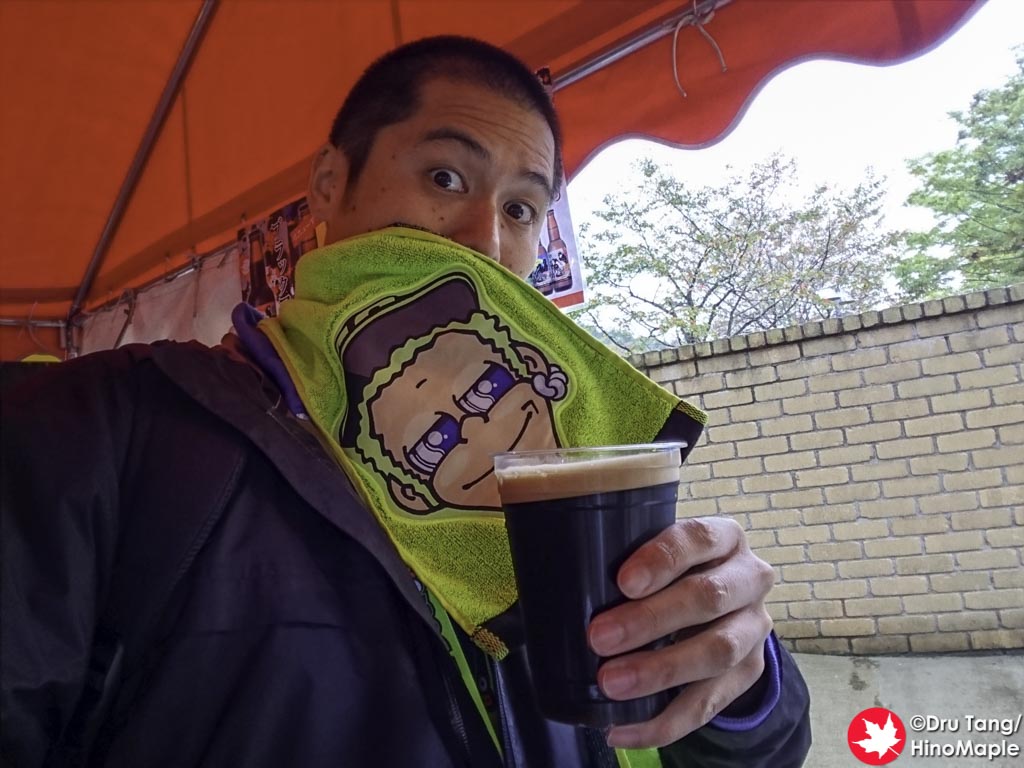 Qualifying day was also my work day.  With Taihei, I had to get a couple videos done to showcase the craft beer scene at the race.  I visited TY Harbor’s El Camion food truck that was on the main straight as well as Romantic Mura’s regular stand behind the main grand stands.  They usually have 3 locations, one in the shopping/event section, one at the back straight, and the main shop behind the main grandstands.  I almost always just hang out in this area as I have nothing else to really do as I have done so much in the past.  My regular plan is to just shop, eat, and drink and with a full day at the MotoGP, there is a lot of time to burn. 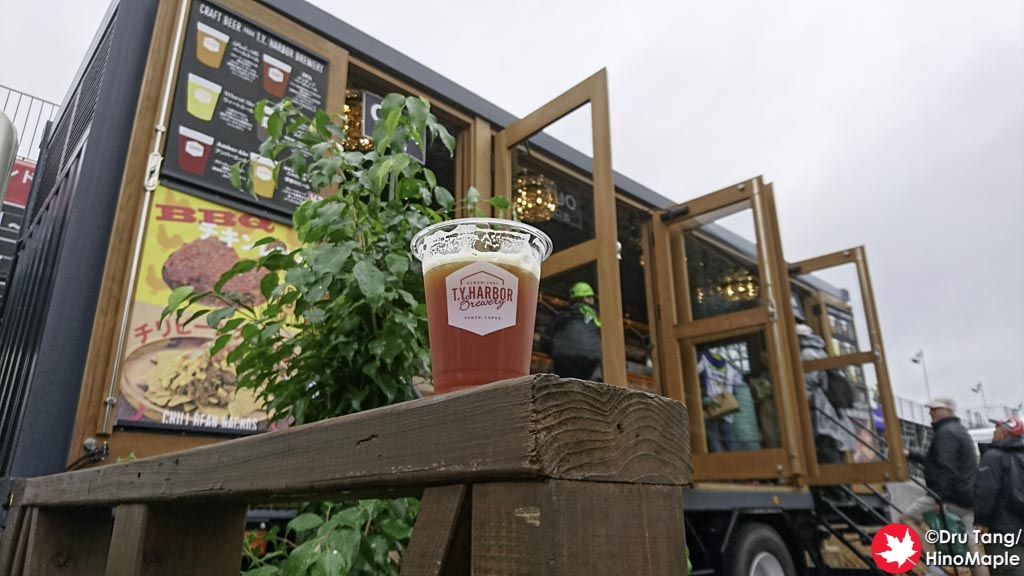 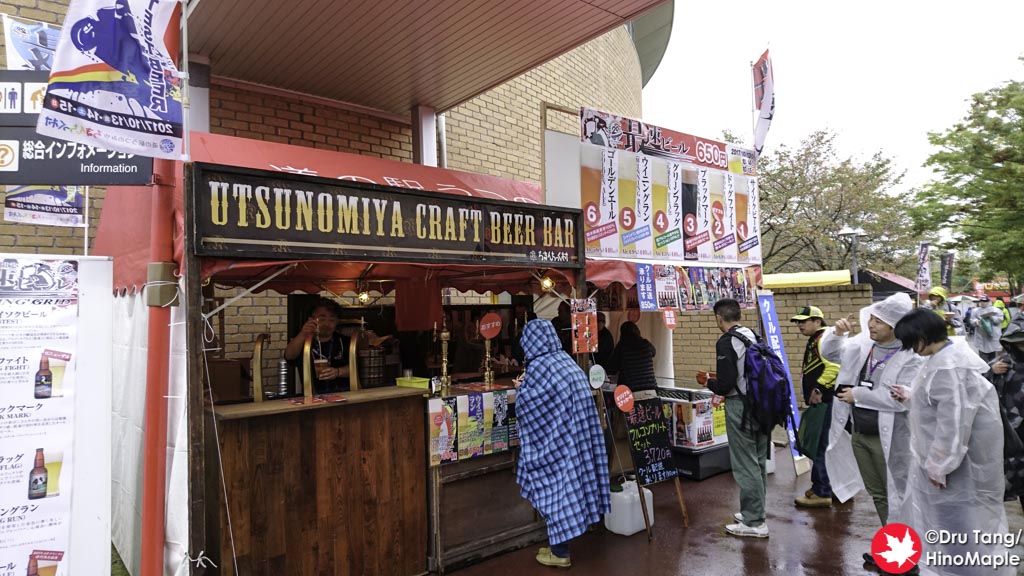 For the race day itself, the weather got worse.  It was raining the entire time and while I had a waterproof rain coat, I still got pretty wet.  I ended up spending most of the day under the tent at Romantic Mura until the races were about to get started.  I wanted to do more but I really didn’t feel like it with the weather.  I ended up watching only the start of Moto3 and Moto2 before heading for cover to prevent myself from getting drenched.  I also only stayed in the stands for most of the MotoGP race and left with about 5 laps to go.  I thankfully watched the final lap on the big screens in the shopping/event section and it was a great race. 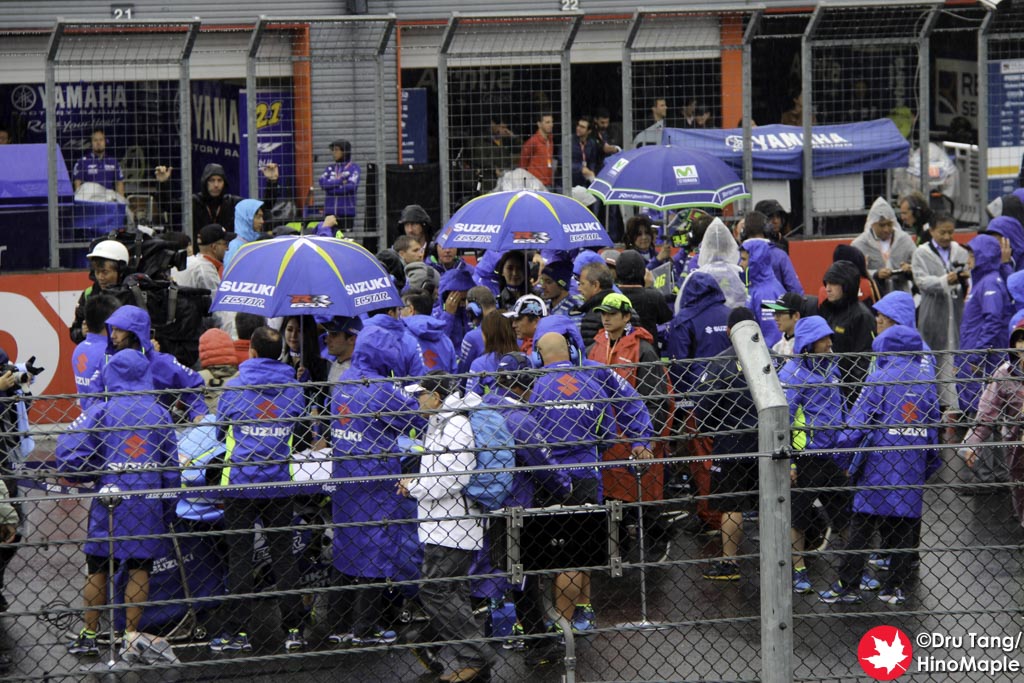 Starting Grid of MotoGP at the 2017 Japan GP 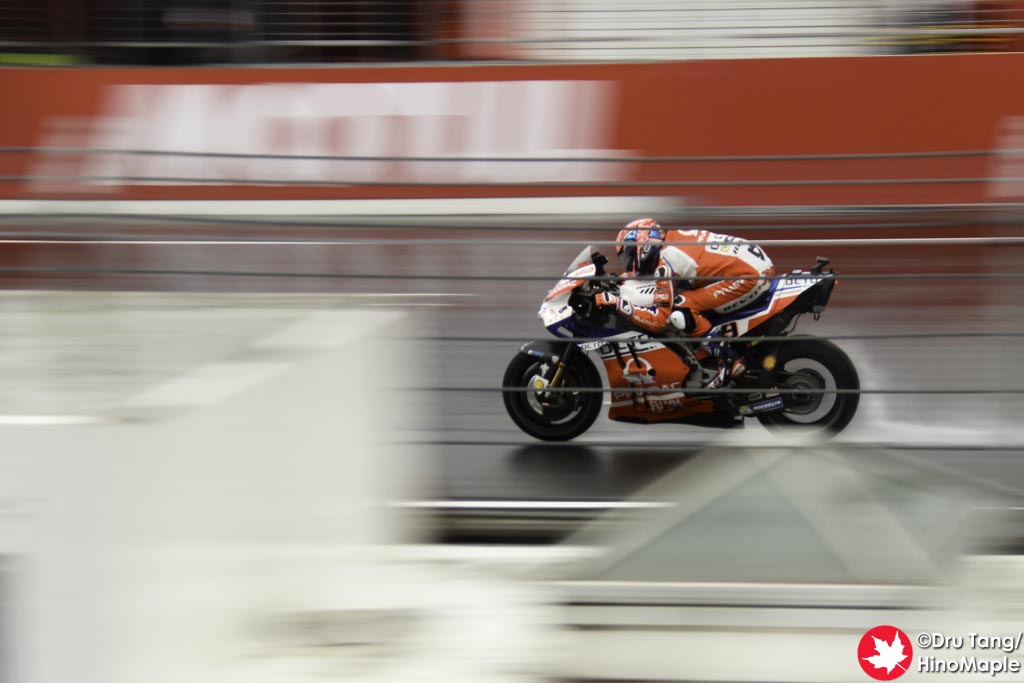 While I wish I could say a lot more about the race, it was pretty uneventful for me this year.  In the past I have been inside the paddock, walked the entire course, and watched some interviews.  I couldn’t enjoy it as much as I usually do for several reasons but none of it was the organizer’s fault.  It was all about the weather and my own personal situation with work.  I was really lazy this year but based on what I saw I can tell you that it was still a great experience for anyone who went and I highly recommend it to everyone.  I really love the race and I will be back again in the future to visit this holy shrine to MotoGP.