If you have ever travelled along the Keisei Main Line or the JR Narita Line to Narita Airport, it is likely that you have passed through Sakura Station.  Sakura is located between Chiba city and Narita Airport and it has fascinated me for a long time.  Most people don’t know about it as they use the N’EX or Skyliner and just pass through it without even stopping, but if you take the regular trains you will almost always make a stop in Sakura. 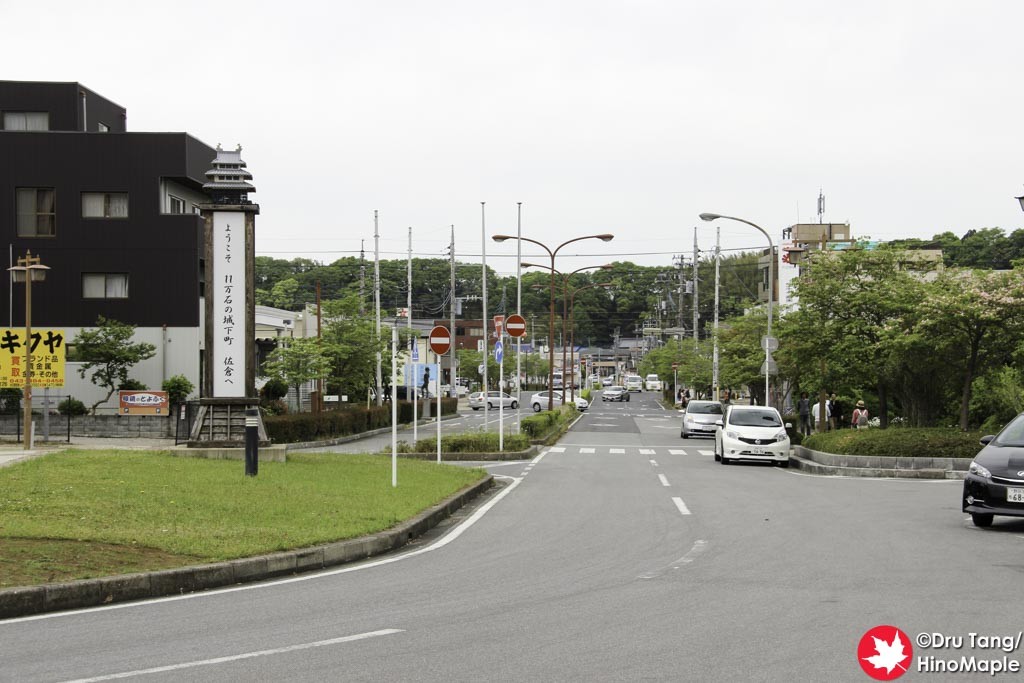 Once people hear the name, they become very intrigued as foreigners with little knowledge of Japanese think it is named after the cherry blossoms, when in fact it has a different kanji meaning.  I actually tried to look up the meaning but couldn’t find any good information about it.  Either way, the name piqued my interest from the first time I heard it and I knew that someday I had to visit Sakura city.  It only took several years but I finally made it one sunny day during Golden Week of 2015, and even brought a few friends along for the adventure. 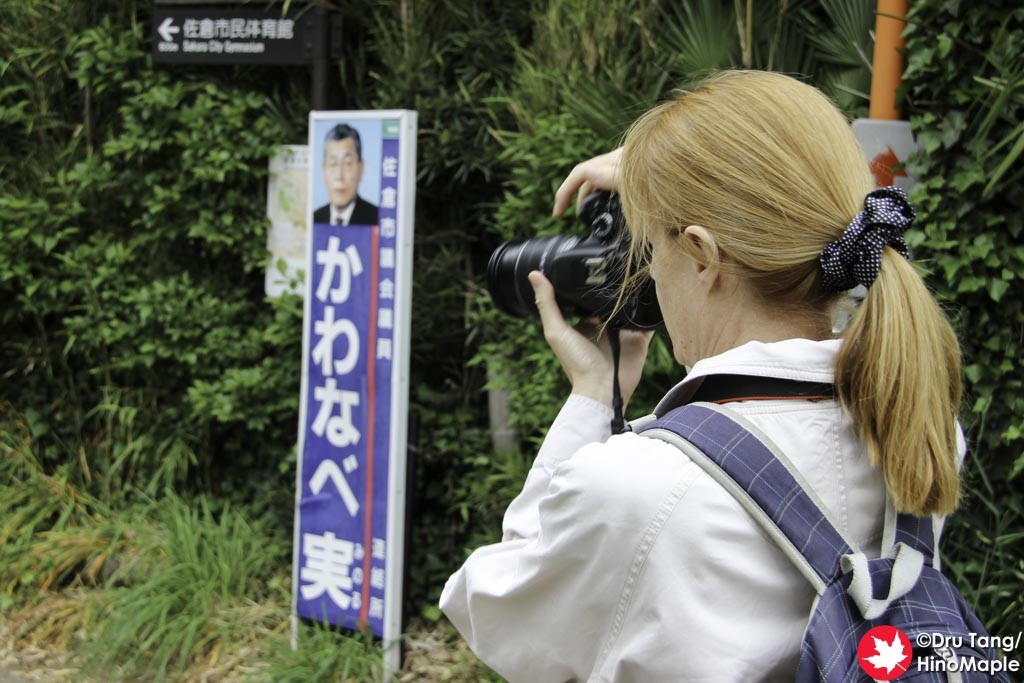 Visiting Sakura with a Friend

I didn’t get a good chance to see everything in Sakura City as it is a little spread out.  I focused mostly around the JR Station area.  Do note that it is a bit of a distance between JR Sakura Station and the Keisei Sakura Station.  The only things to see, at least for me, were the samurai houses and the castle park. 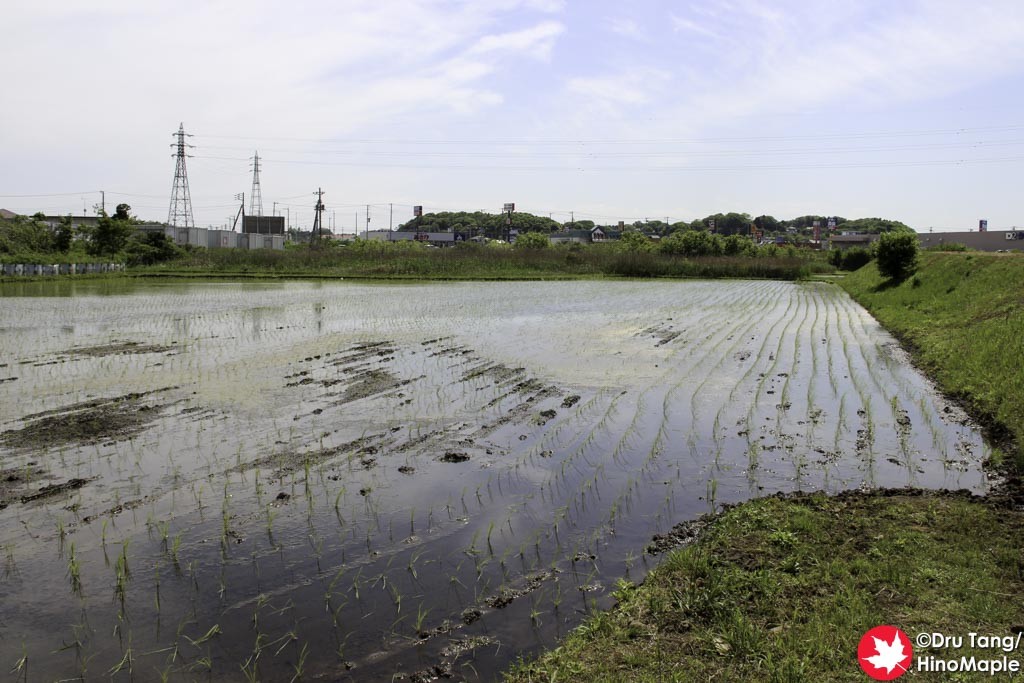 Sakura has a few old houses from the Edo period and they are well maintained.  It is really cheap to visit them.  It costs only 210 yen to visit all 3 houses.  I will go into more detail about them someday in the future, but if you are interested in visiting the samurai houses, when you exit JR Sakura Station, just follow the main road.  As you go along the main road, you pass a Lawson’s before the road gets narrow.  The road has a small kink in it to avoid houses, but look for the short hill going through a bamboo forest.  Once you get to the top of the hill, turn left and the houses are on the right.  It is a short walk and fun to enjoy seeing everything along the way. 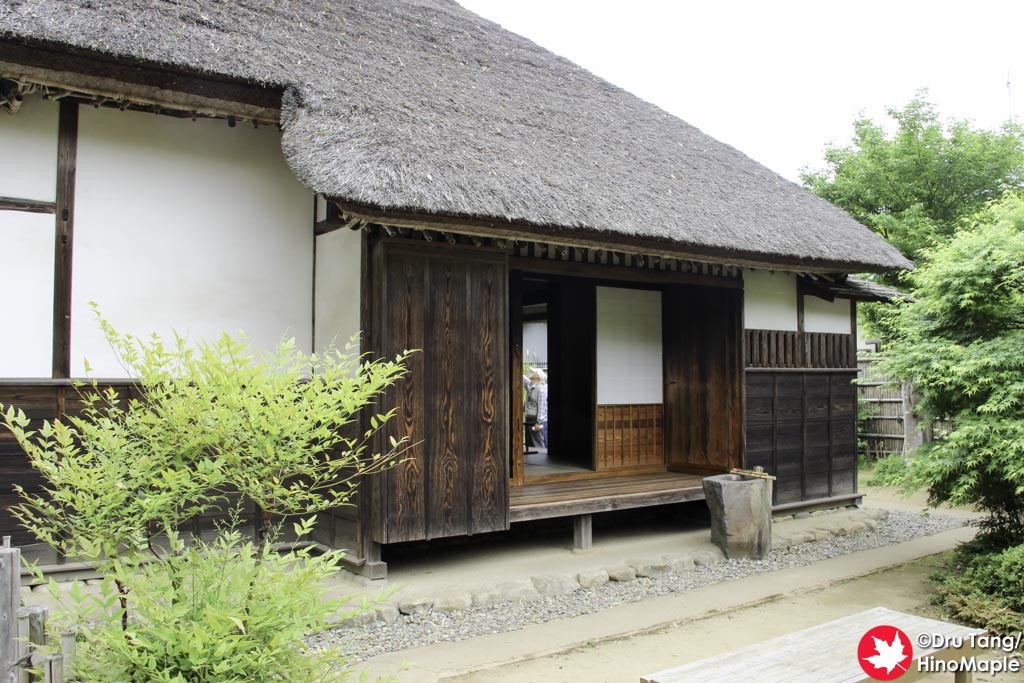 After visiting the samurai houses, I decided to head to the castle.  There is a nice little path that goes through the bamboo forest.  It reminds people of Kyoto, but since I have never seen the bamboo forest in Kyoto, I can’t really say it is the same, or even similar.  I loved being there as it was so peaceful and there weren’t too many people there. 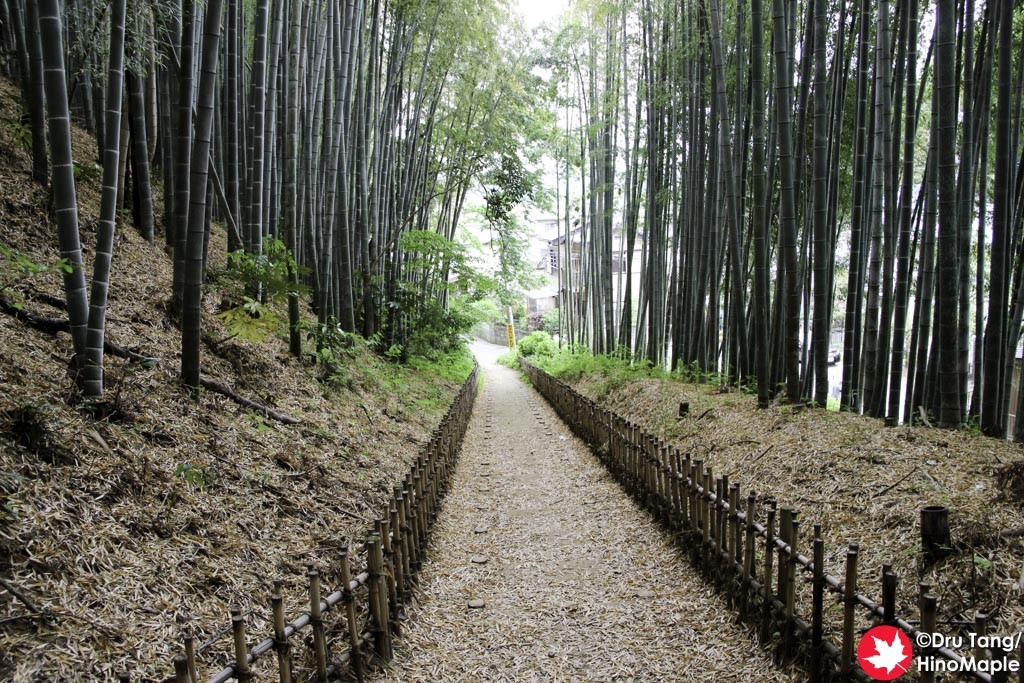 If you have the energy, you can keep going until you get to the castle park.  The castle park is just a park with a few ruins of the original castle.  There is a Botanical Garden for Everyday Life, which just puzzled me as it sounded like an empty lot with wildflowers.  Who needs to pay for that?  We were lucky as there was no admission when we went.  Basically it is a garden that showcases plants that are used for food, tools, medicine, and other things that are used in daily life.  You can also visit the National Museum of Japanese History, which seemed over-run with kids and a lot of commotion, so we avoided it.  When you are out in the countryside, I can’t help wonder who needs to go to a noisy museum, but after looking at the information on their website, it seemed a bit more interesting that I thought it would be. 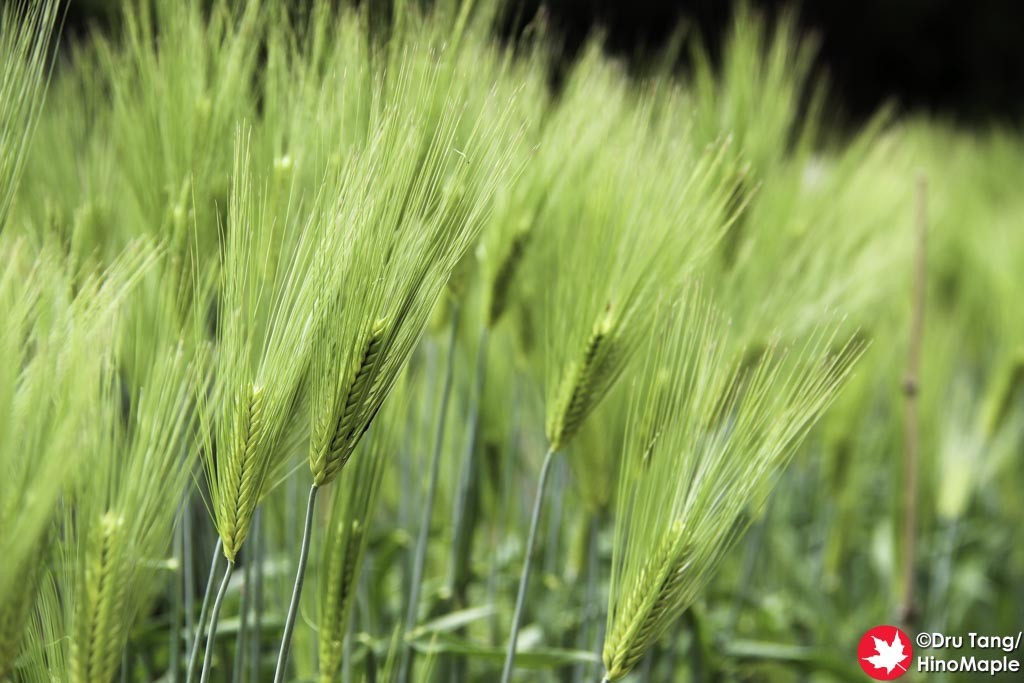 Barley in the Botanical Garden for Everyday Life

As for the castle park, it is just a park.  I’ll also talk about it in a lot more detail in a future post.  Needless to say, it is full of paths that take you around the old walls that are now nothing more than mounds of dirt.  It appears as if the park would be a great place to visit during the cherry blossom season and it appears as if I’ll be doing that next year to confirm it. 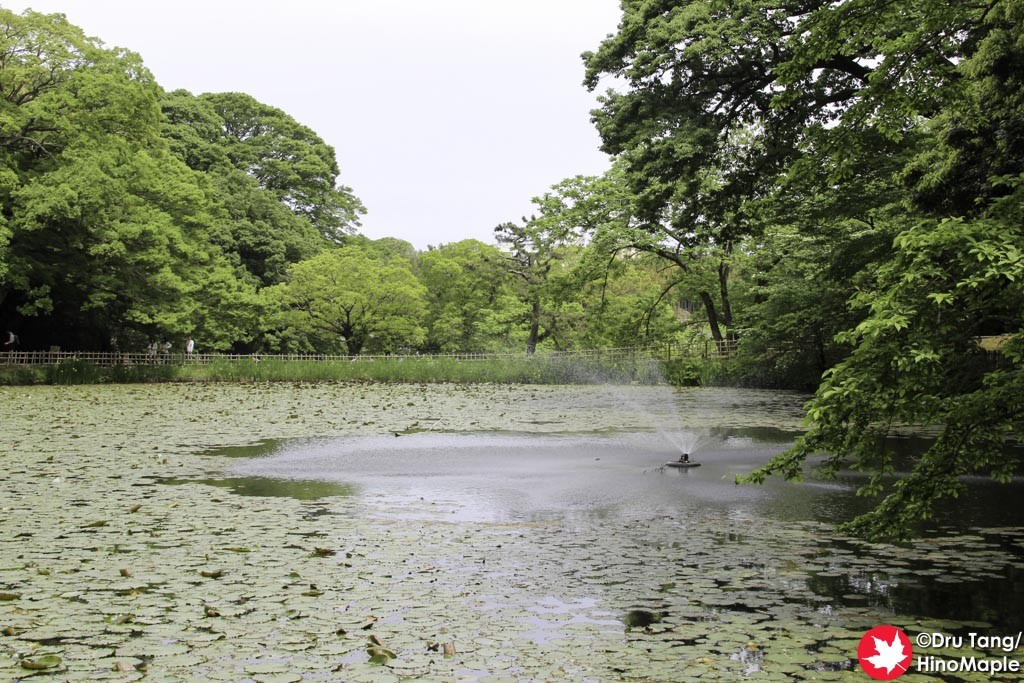 When I told a few students that I was going to Sakura, many were just puzzled.  Some understood the need to get out of Tokyo and enjoy a quiet area, but one just couldn’t understand it at all.  I’m happy that I went and I wouldn’t mind going again.  It felt as if I had gone to Kamakura, but not so historical and definitely not as busy.  I’m sure I’ll be back again someday as there are still a few things I would like to see, such as the windmill.  Yes, there is a windmill there! 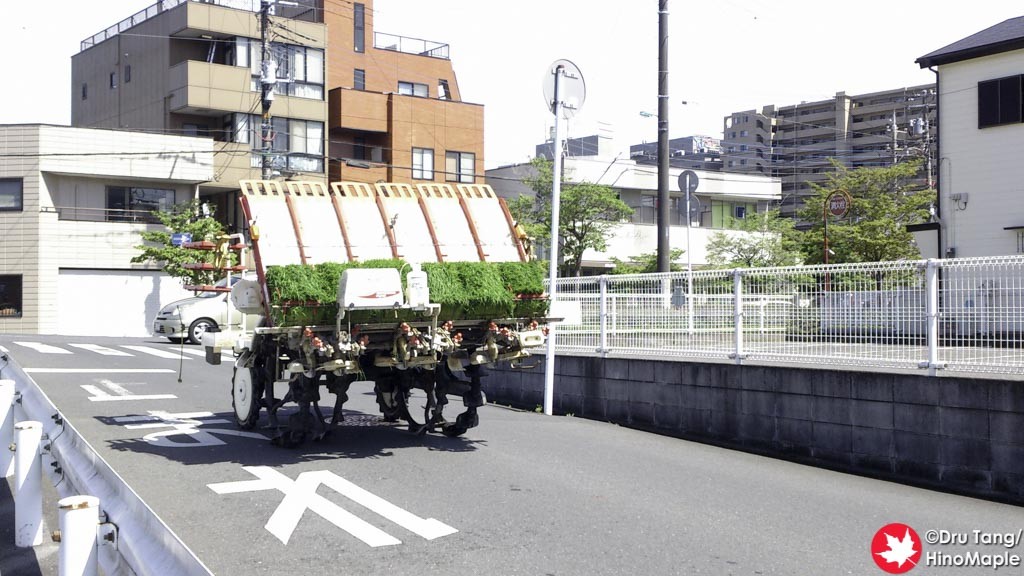 Rice Planting Truck (Only in the Countryside)