ALL AWAY CAFE was a wonderful interactive food art that was held in conjunction with the Thai Factory Market.  The ALL AWAY CAFE was produced by EAT&ART TARO.  Unfortunately it was only a temporary exhibit but I was extremely happy to have visited and I would gladly return over and over.

The concept of ALL AWAY CAFE was communication.  The food was based on South-East Asian concepts but it was truly fusion food.  I only had one item, the beer.  They had 2 types of beer, “Apple Beer” and “Spiced Beer”.  The spiced beer seemed to have cumin and a few other items and it was delicious.  You would be surprised at how a little spice can make a beer completely different.  The apple beer was basically beer, probably Asahi but possibly Hoegaarden made by Asahi, mixed with apple juice and cinnamon.  It was also delicious and really good for a hot and humid summer’s day.  I wanted to drink more of the beer but I was a bit too busy visiting all of the other art. 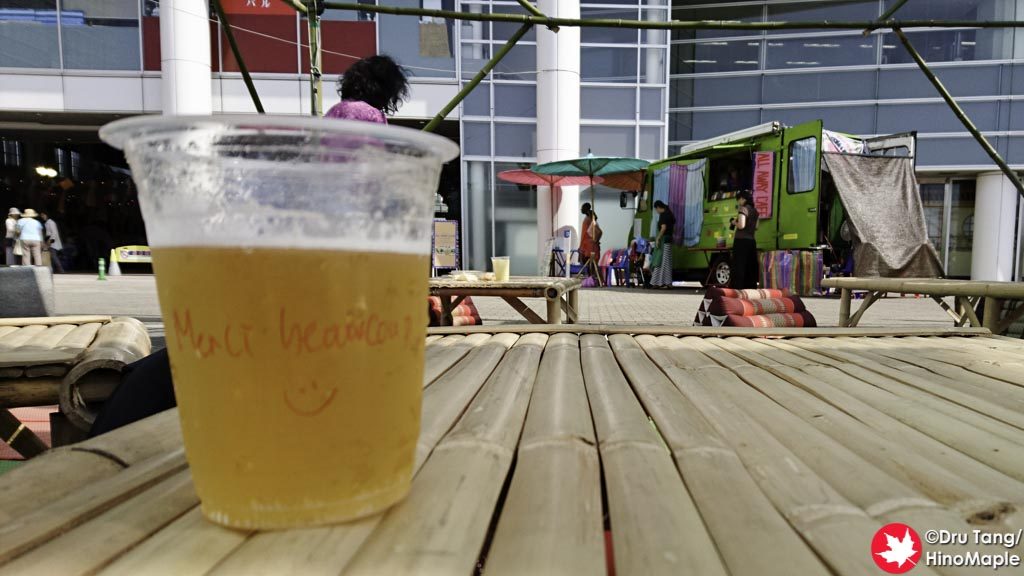 Beer from ALL AWAY CAFE

The communication part of ALL AWAY CAFE was the fact that you could not order food in either English or Japanese.  The goal was to give visitors the concept of trying to communicate with others using hand signs or other methods that are “universal”.  I was really intrigued to try it and I had a blast! 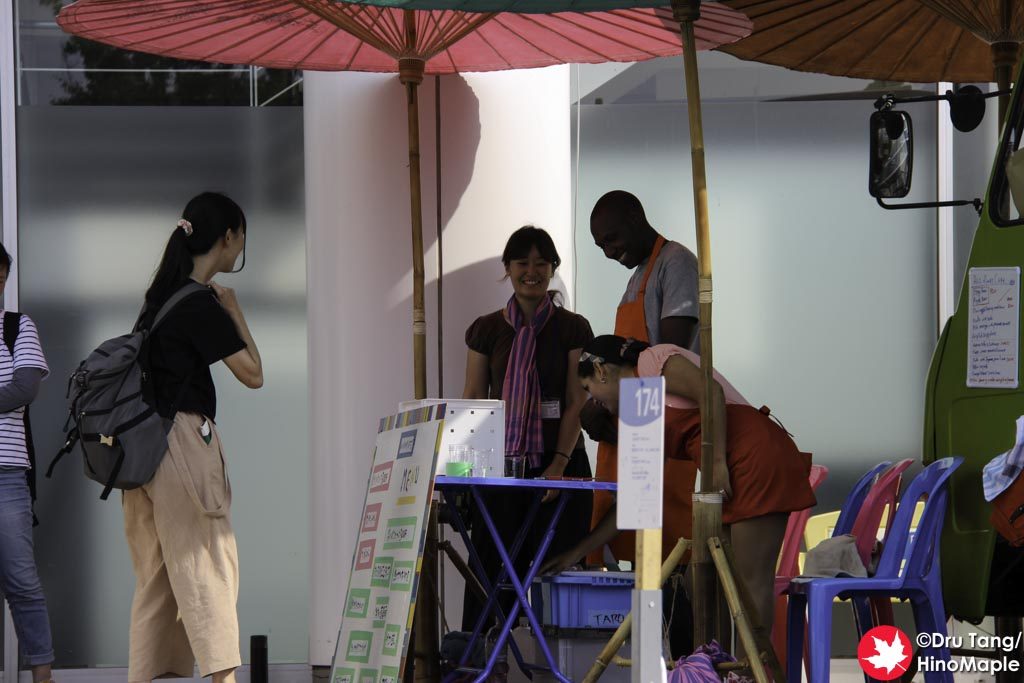 Smiles all around at the ALL AWAY CAFE

In order to try the food, I had to speak either English or Spanish.  There were a variety of people who were working at the ALL AWAY CAFE.  When I visited, there was a girl from Peru and a guy from Congo.  The guy from Congo spoke French but knowing me I couldn’t speak French properly to communicate smoothly.  I had a tough time at first but my French slowly came back, albeit with a lot of Japanese mixed in. 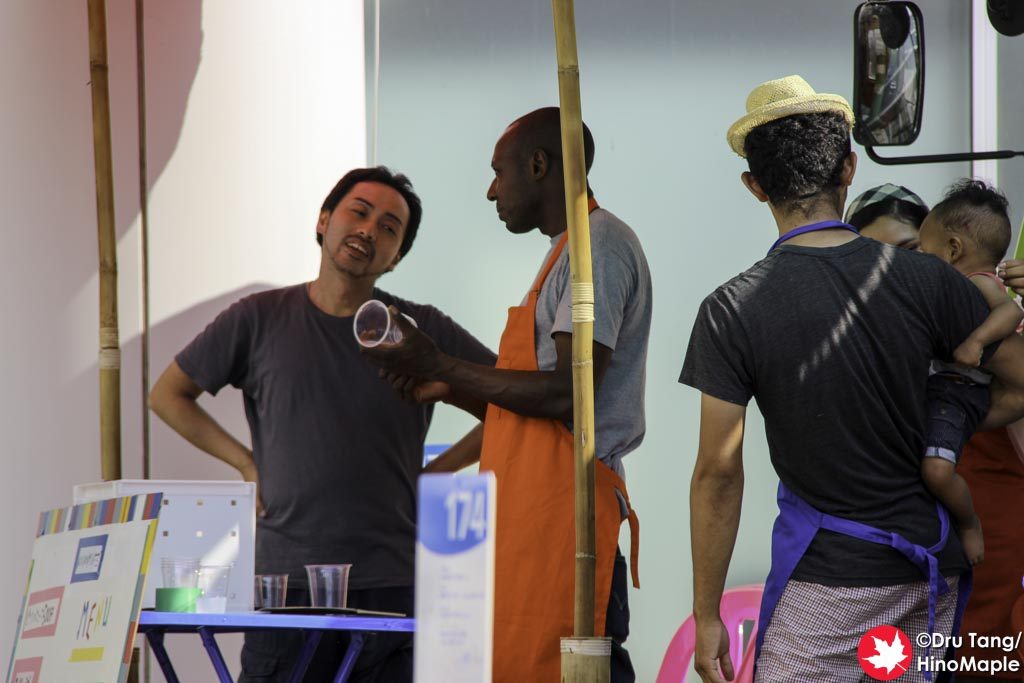 EAT&ART TARO at ALL AWAY CAFE 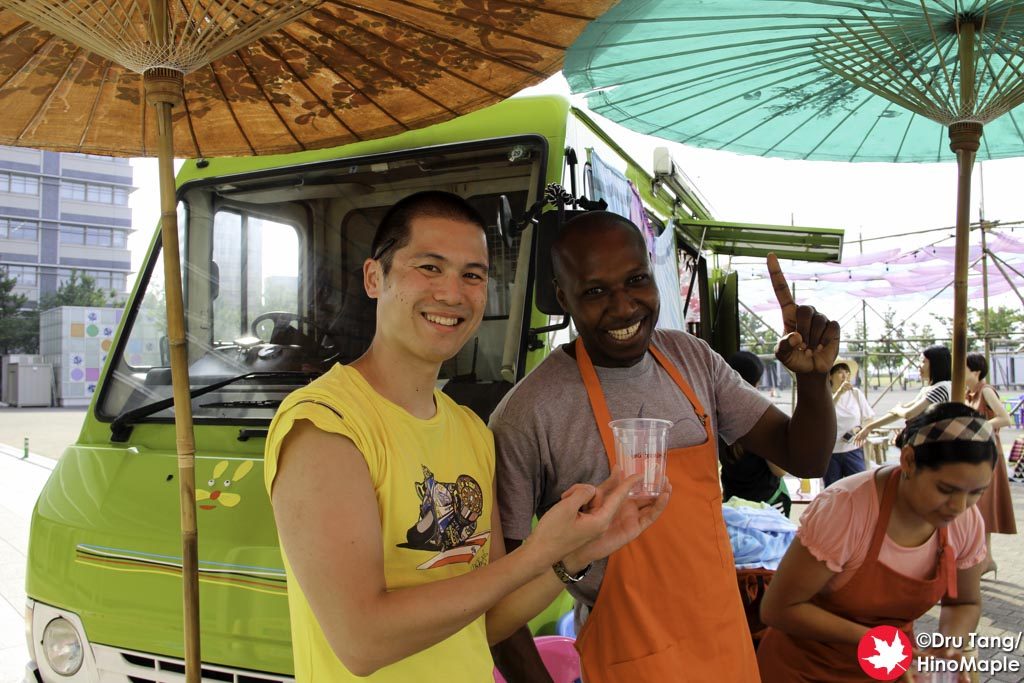 Getting Beer at ALL AWAY CAFE

I really wished they were able to keep open for a much longer time.  I really enjoyed going there and the beers were good.  I wouldn’t mind trying the food in the future but alas it is not possible as ALL AWAY CAFE has closed.  It may reopen again in the future but I have a suspicion that it will not. 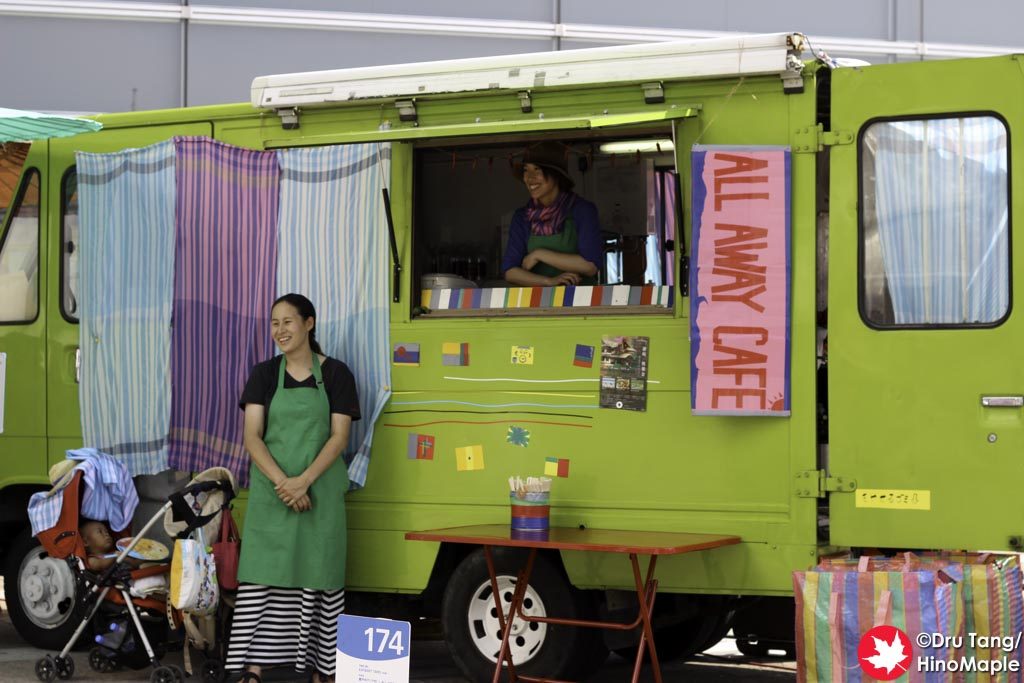