Around Tokyo there are several big breweries that have guided tours.  I was invited by a friend of mine to go on a brewery tour on a hot Wednesday in August and I had a blast.  You all know that I love beer and going on a factory tour of a big beer manufacturer is always interesting as you can see how they make beer in big batches.  I wasn’t really surprised by the things they said but being the beer lover that I am it is going to be difficult to surprise me. 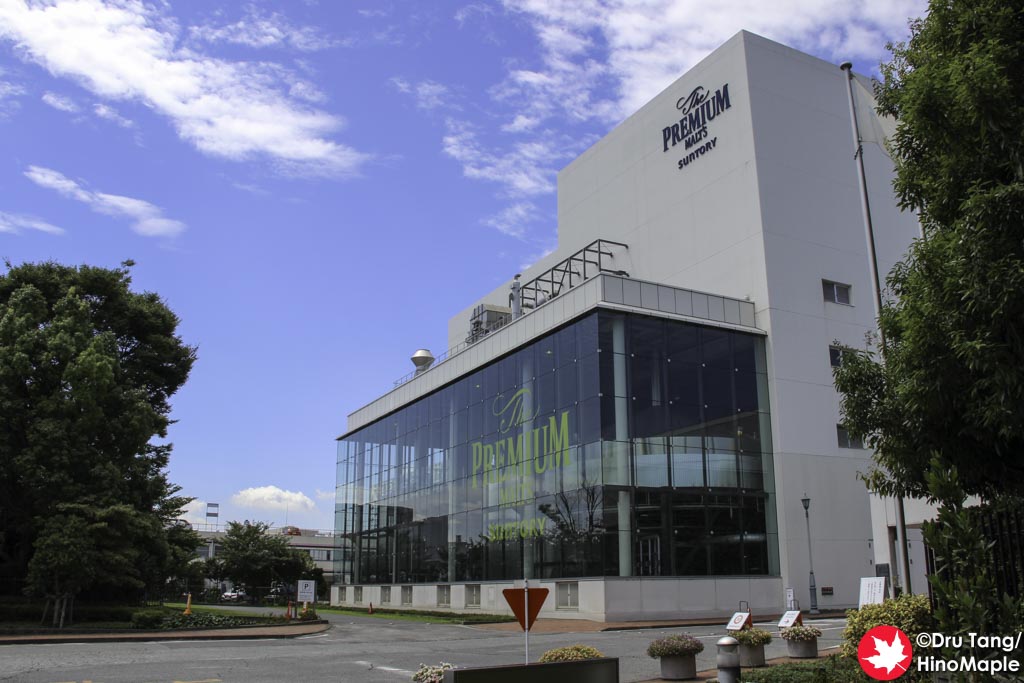 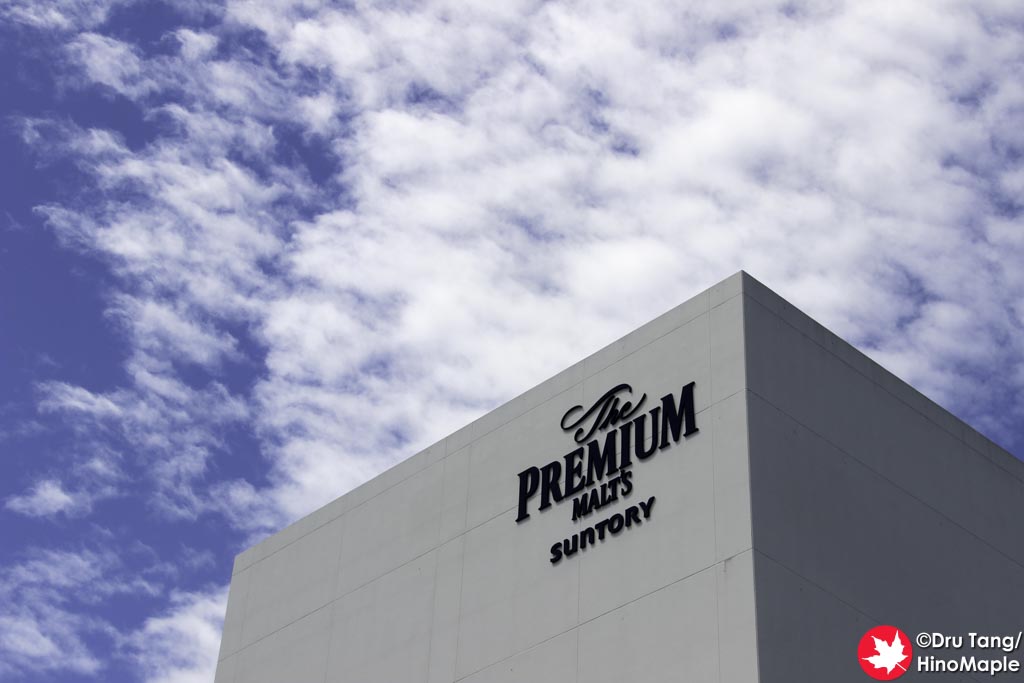 Getting to the Suntory Musashino Brewery is pretty difficult.  It isn’t in a convenient area and takes about 1 hour by JR trains and 40 minutes by the Keio line.  In the end it will depend on where you live in the Kanto region but on average it will take about an hour.  I actually went two different routes.  On my way there I went to Fuchu Honmachi Station and walked to the brewery.  It is a 15 minute walk and you can see the big JRA race track where they have horse races.  It is probably very busy on weekends so plan accordingly.  Alternatively you could go to Bubaigawara Station and take the free shuttle bus but you need to be careful about the timing as there is only one or two per hour. 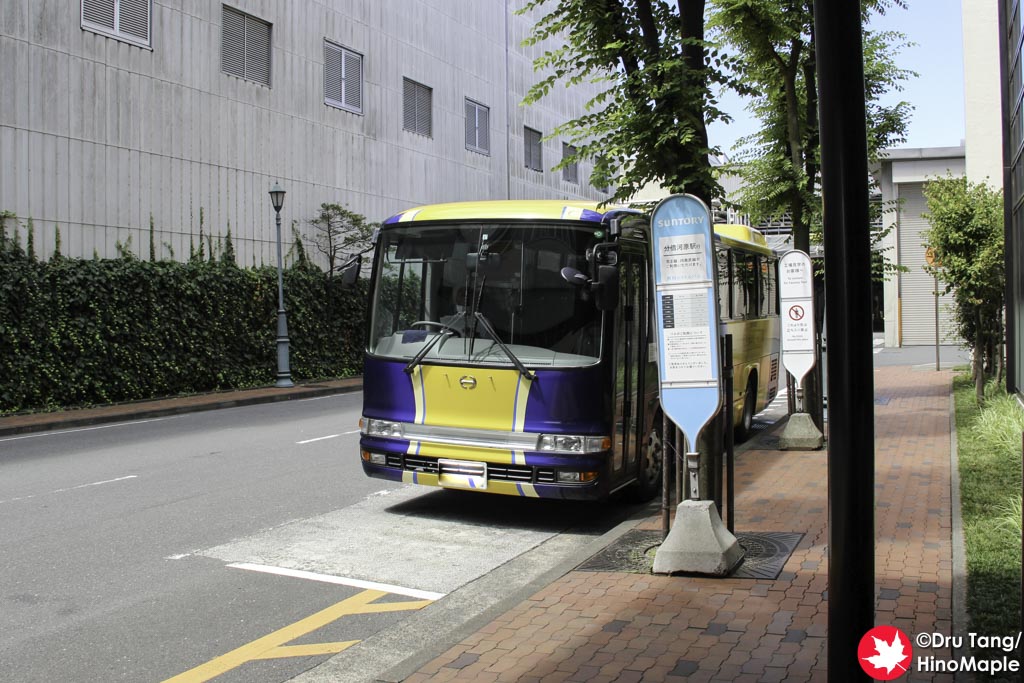 If you are walking to the brewery, you may need to check in with the front gate staff to let them know you are going on a tour.  I don’t believe this is really necessary but I wasn’t taking the lead and just followed the group.  The main entrance is pretty easy to see and it is about 100 metres from the gate to get to the tour welcome centre.  You basically just go straight along the factory’s main road. 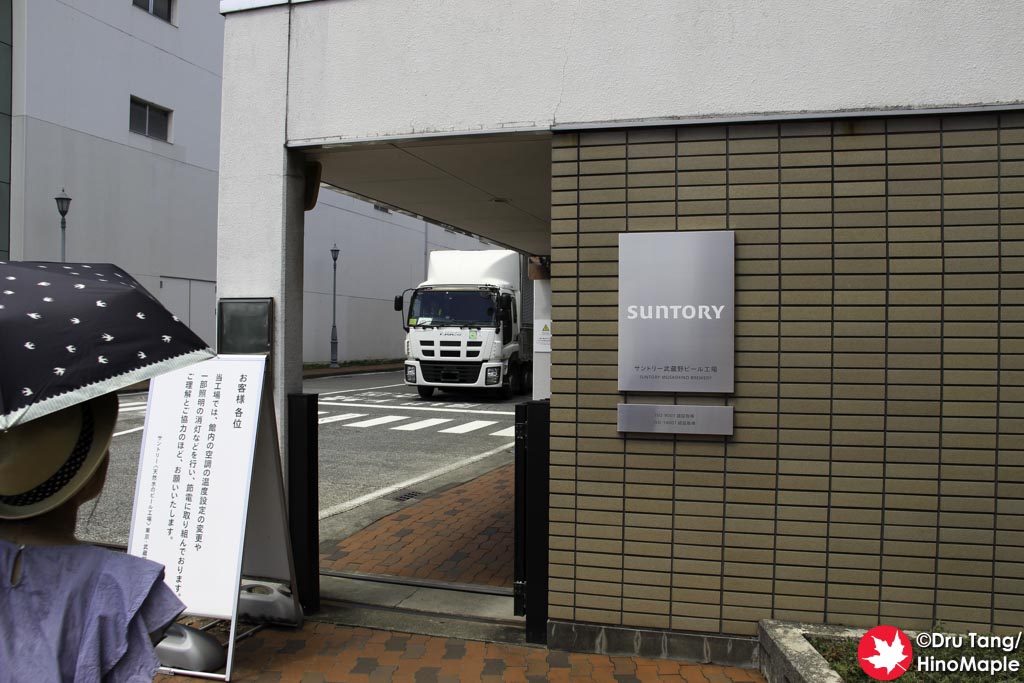 The welcome centre is pretty straight forward.  There is a check-in counter to the right and a gift shop to the left.  You do have to register for the tour in advance.  Unfortunately all information is only in Japanese on their website but they do have audio guides that you can borrow.  Once you check-in, you will likely have a lot of time before the tour starts.  There is a small information area showing a very brief history of Suntory’s beer and you can even take photos with various props to say you went to the brewery for a tour. 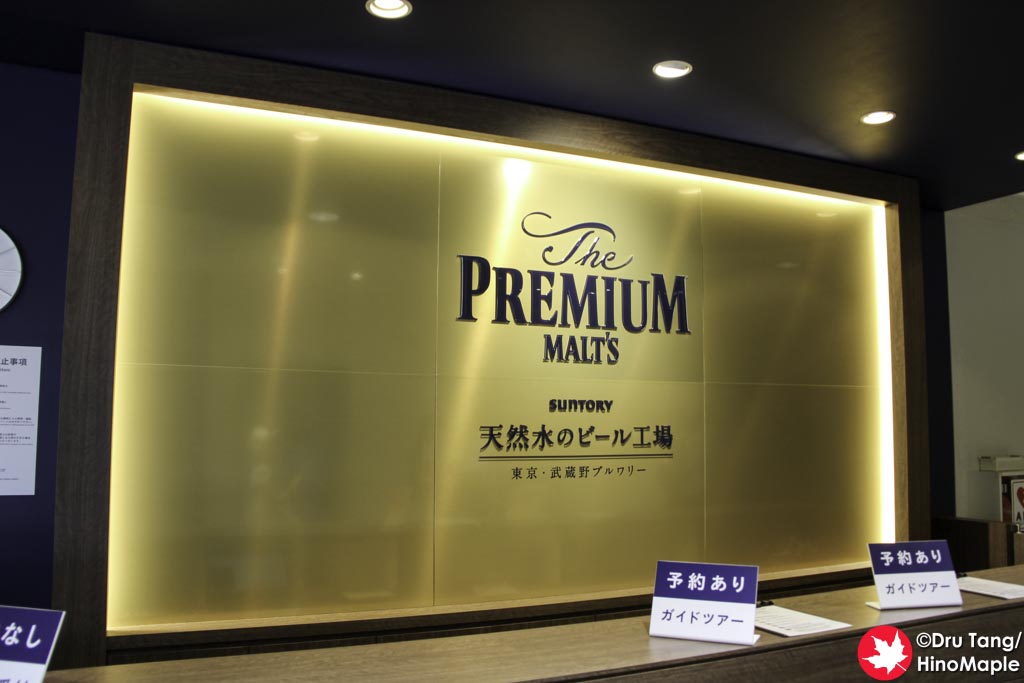 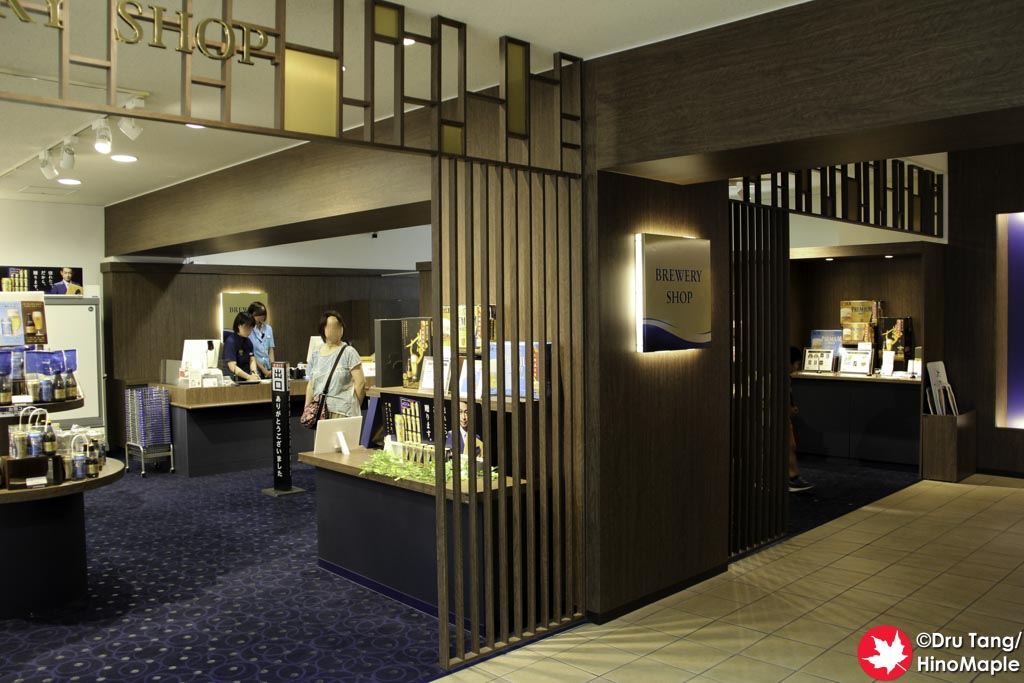 Once the tour starts you head up to the 3rd floor where you take a seat and watch a short introduction video.  They talk about Premium Malt’s, their flagship product as well as the brand in general.  Once that is finished you start the tour.  You see a few videos on what ingredients are used to make beer and how important the water is.  You even get to sample some of the diamond malt that they use as well as smell some of the hops that are used.  We believed they use Hallertau hops but I’m not an expert on the different smells of hops; surprisingly the hop pellets that were on the tour looked very fresh. 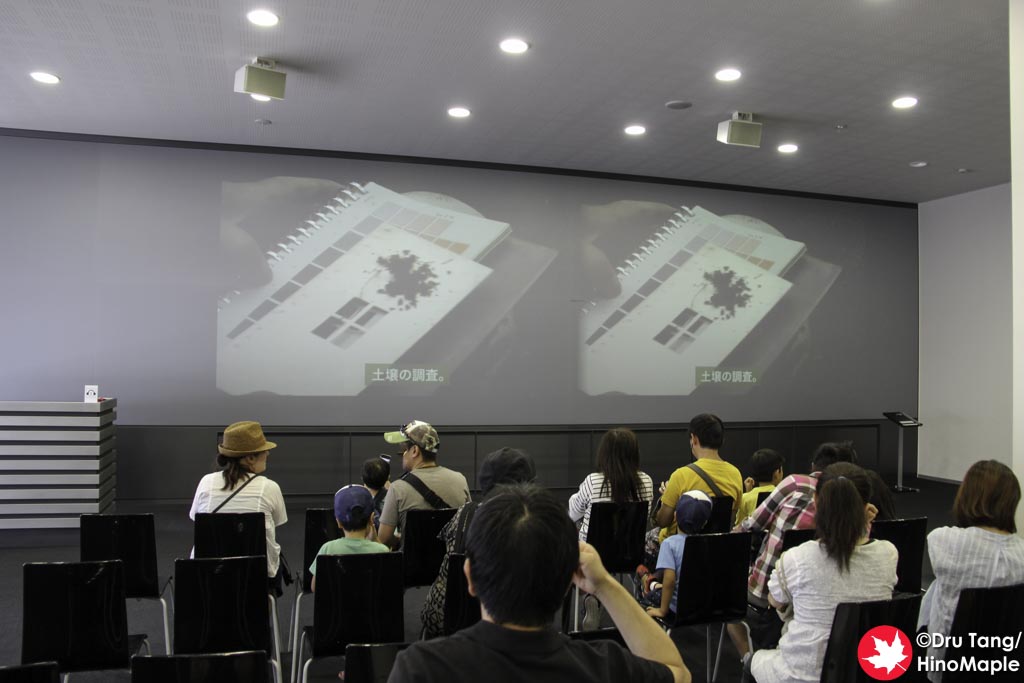 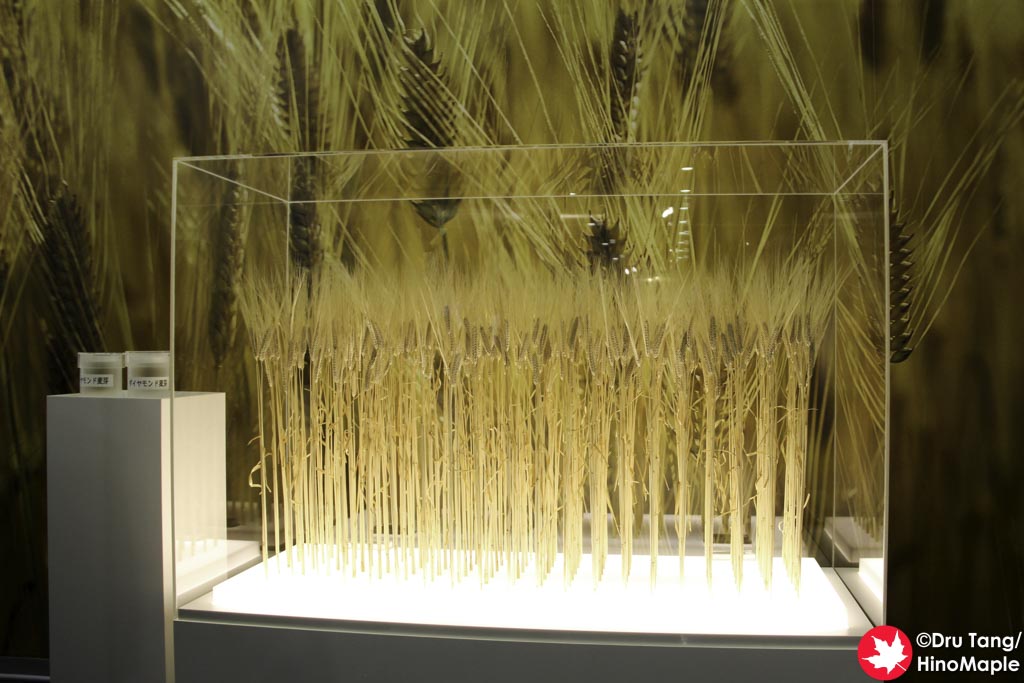 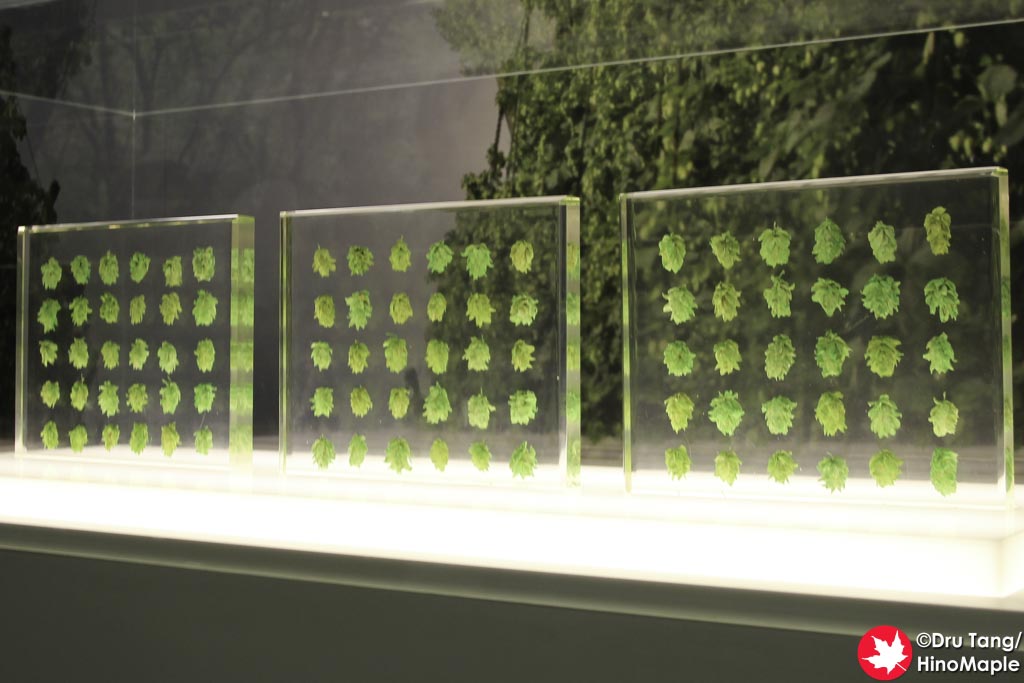 After the introduction of the ingredients and videos of how beer is made, you get to see the main brewery.  I doubt they make most of the beer in the room you are taken to, but it gives you a really good idea of what happens in the beer making process and the equipment you see is used to make the final product.  For Premium Malt’s, they do a decoction mash and when we visited they were in the middle of a boil.  It is fun to see the big tanks for making beer but be aware that the room was barely air conditioned due to the difficulties of keeping a room cool while they boiled the wort. 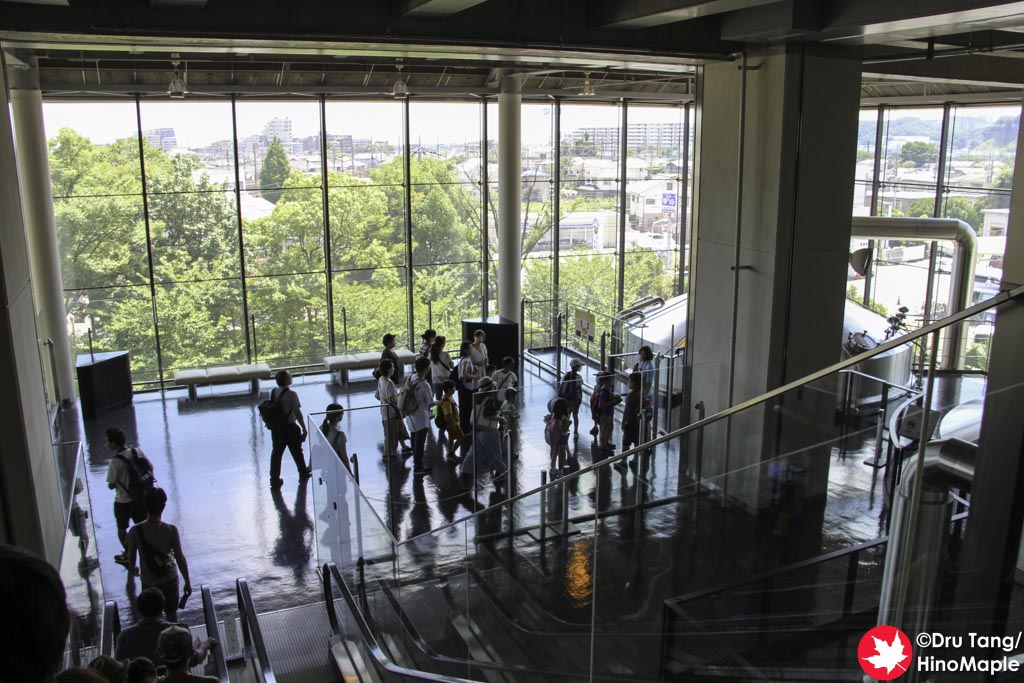 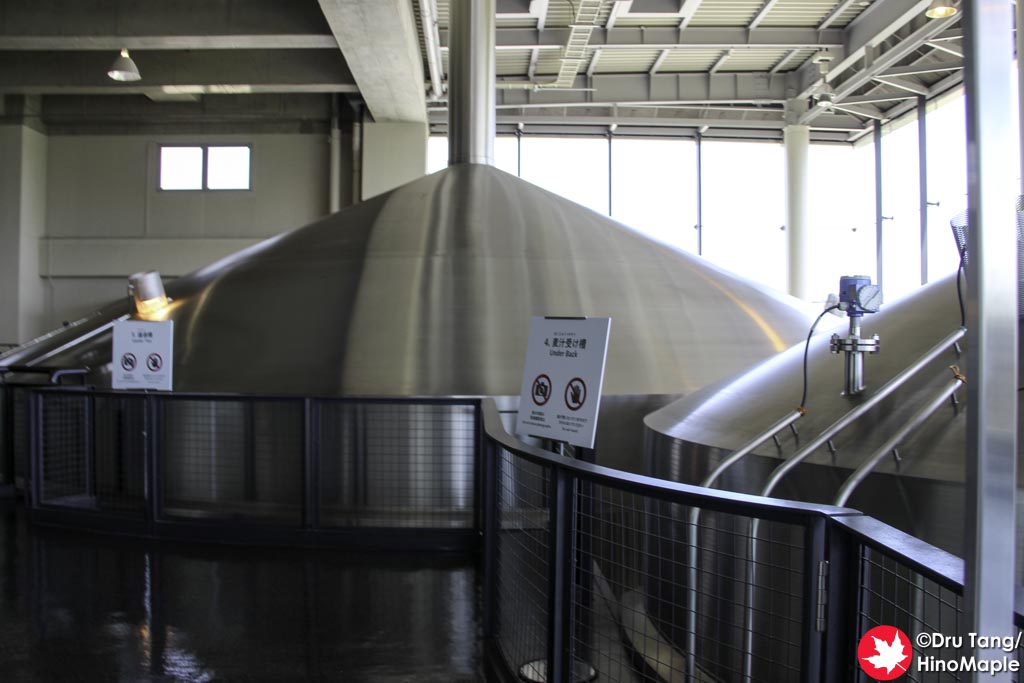 Once that part of the tour was complete we headed to the fermenters and the canning line.  We were able to watch a video on how the canning process was completed, including a video showing a shot of CO2 into the can followed by the beer.  It was a very educational video but if you have been on other brewery tours you probably know most of this already.  They ended the tour with a small info session on their environmental activities and how they try to keep the earth clean. 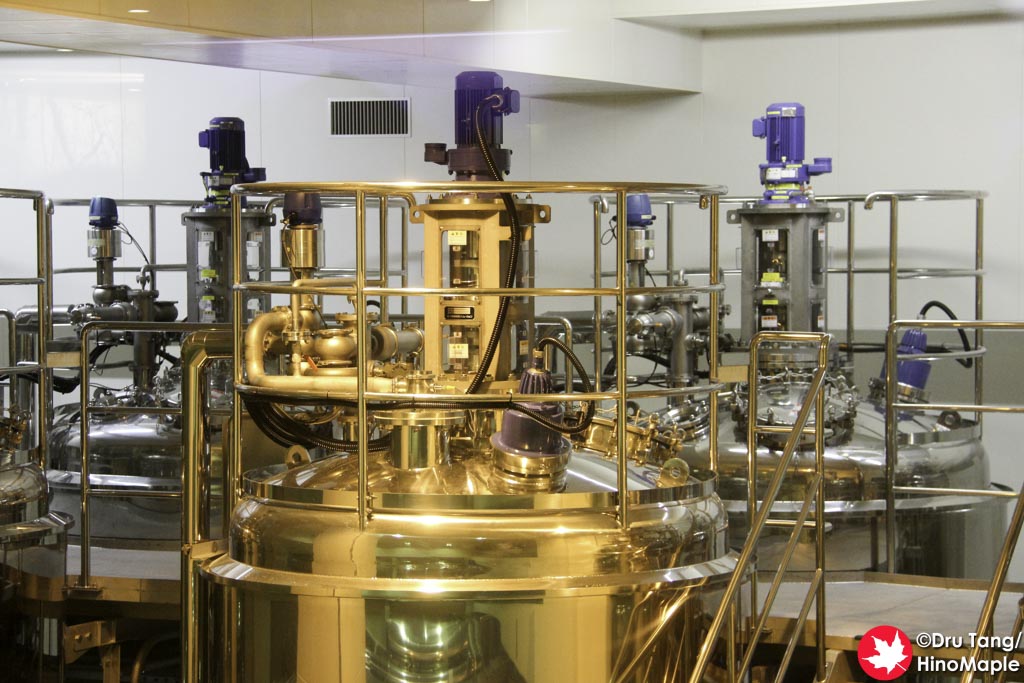 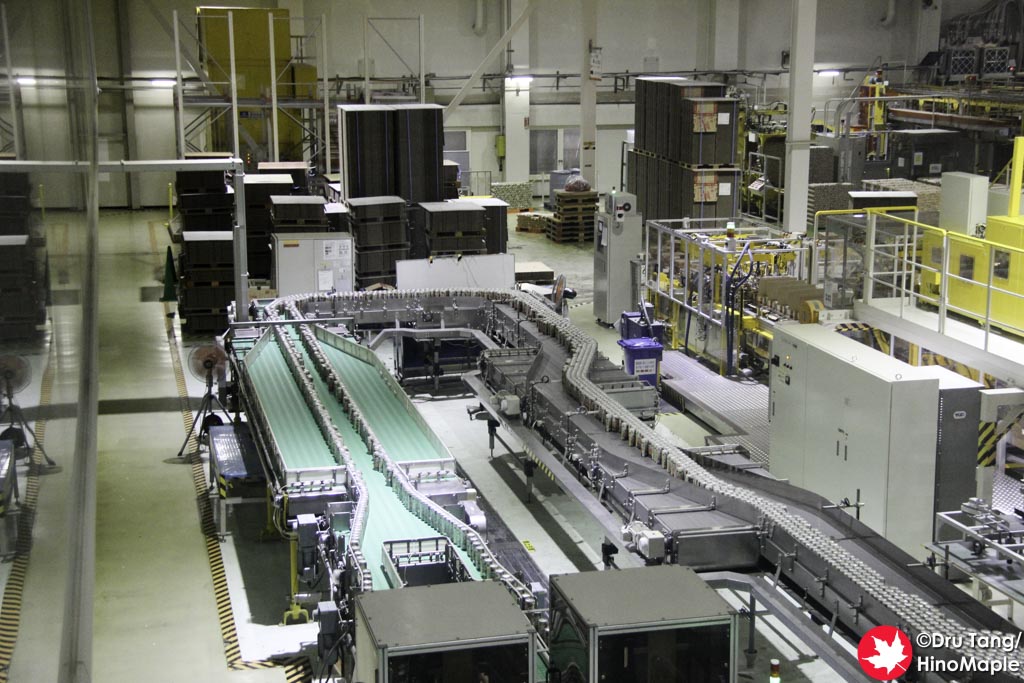 The end of the tour involves a tasting session.  You arrive at the beer hall area and you get a small bag of salted snacks as well as a glass of Suntory’s Premium Malt’s.  They go over a few things about the beers that are available before they let you enjoy trying it.  You need to drink the beer pretty quickly as you only get a short time at the tasting room.  They also had the Kaoru Ale as well as Master’s Dream for the tasting set when I visited but I only had time to have 2 drinks.  They serve Premium Malt’s to everyone when you enter but after a short introduction to the taste of Premium Malt’s as well as the other beers offered for the day you are then allowed to get more beer.   Since I have had the Kaoru Ale several times in the can, I decided the Master’s Dream was the one to have and I was happy I had it. 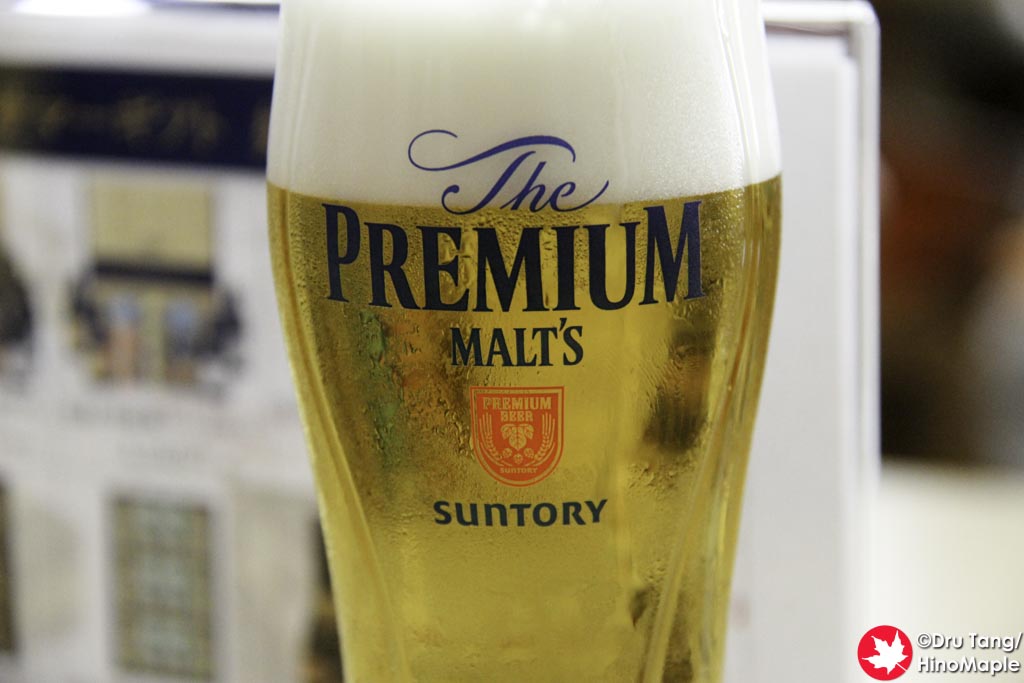 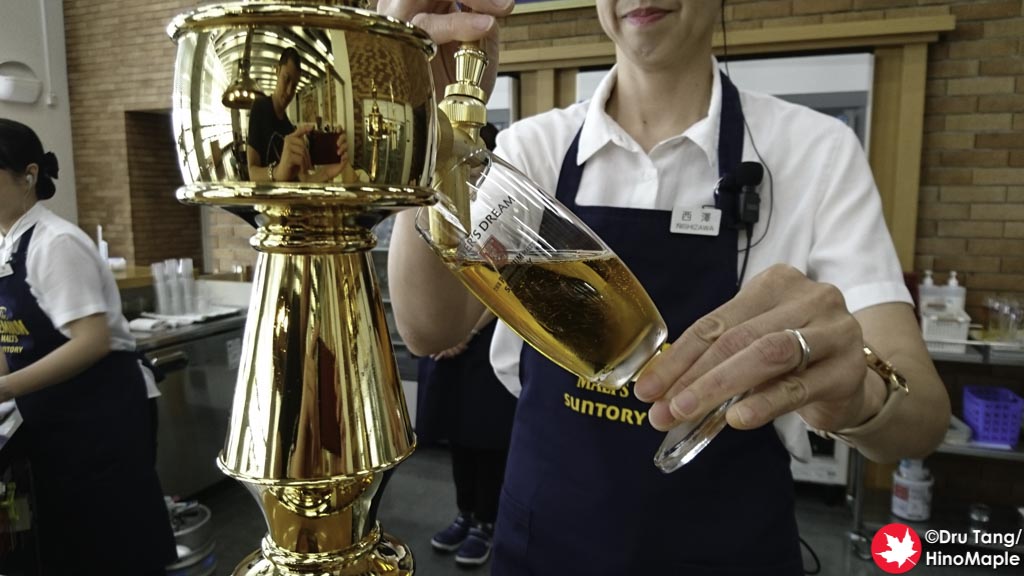 The tour itself is pretty quick and probably not worth it for most people.  I don’t know if I’d go back again in the future as you can’t really relax and enjoy the beers.  They really try to push you out quickly but it is understandable as they need to clean glasses and reset between tours.  Tours start every 45 minutes so they need to kick you out of the tasting room within that time.  It is a well-oiled machine but I wish there was a bit more time to savour the drinks. 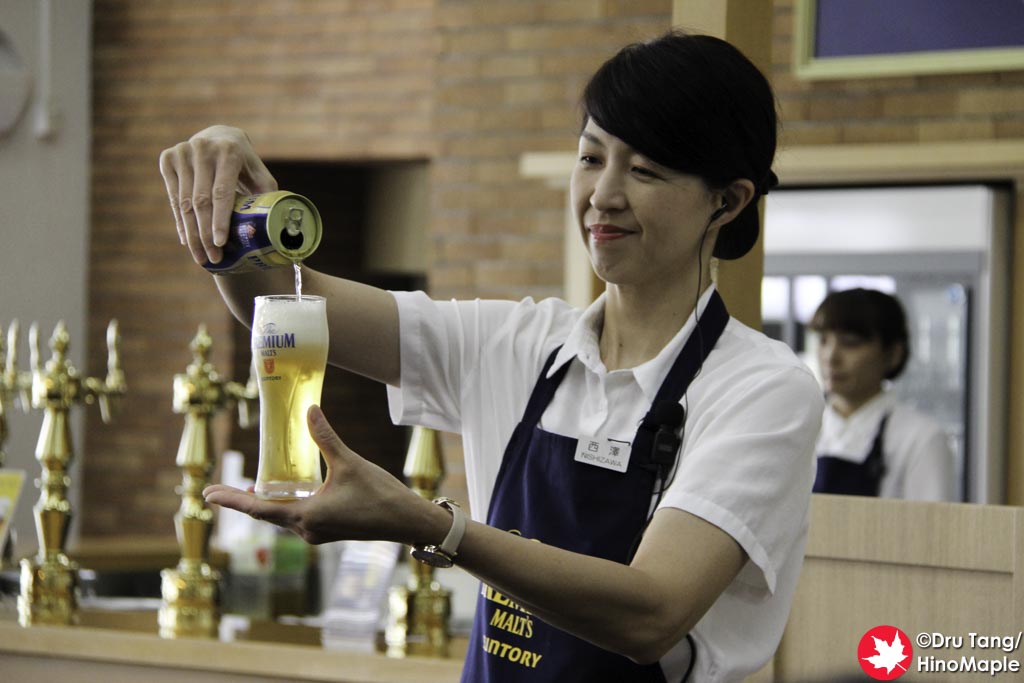 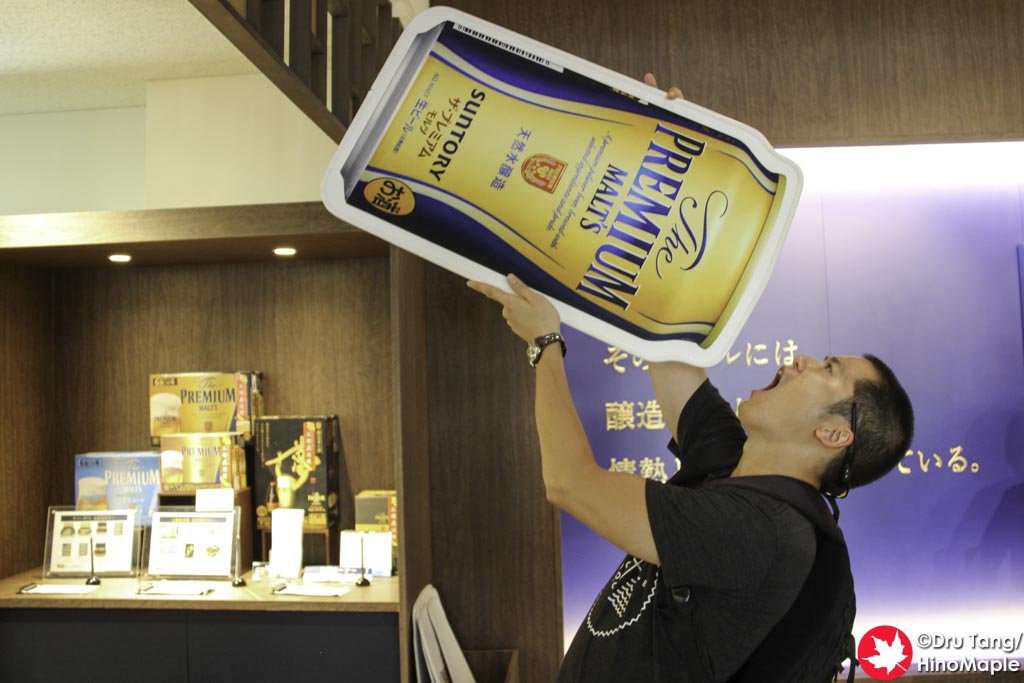 Still Thirsty after the Tour