Blue Seal is a born in America, raised in Okinawa, company as the marketing exudes.  Blue Seal got its start on the US bases in Okinawa but eventually grew and became a local treat.  They are all over Okinawa and it is hard to find an area without a Blue Seal shop.  They range from official shops to small shacks, but they all sell Blue Seal ice cream. 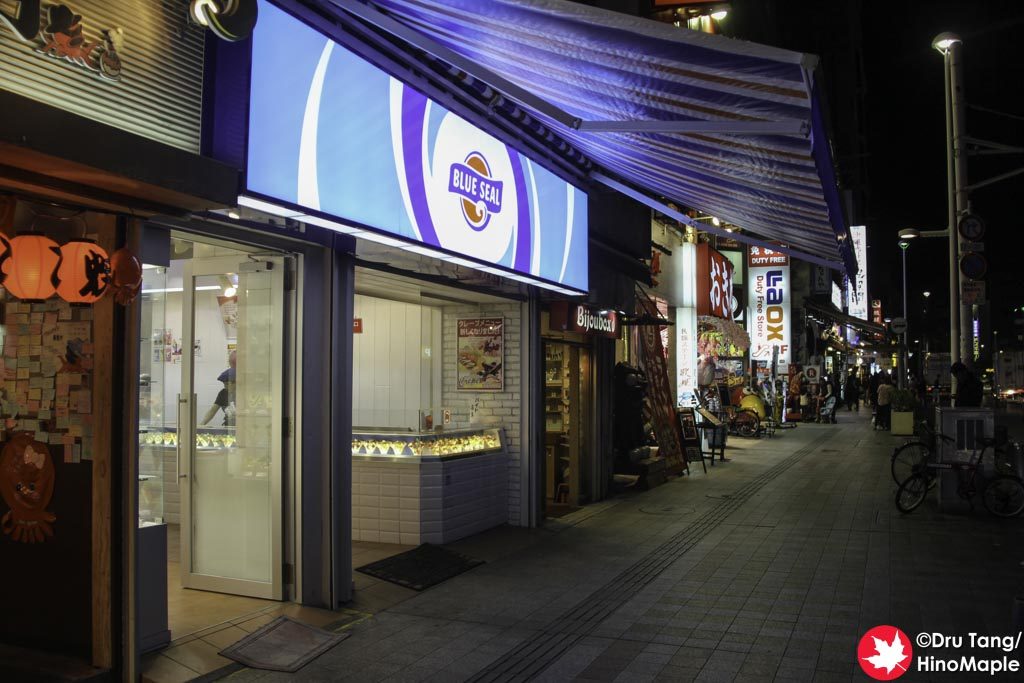 I was lucky enough to try two different varieties of Blue Seal ice cream.  The first time was when I was leaving Shuri castle.  There is a small ice cream stand next to the Lawson’s on the street outside of the castle.  I was getting a little hungry and I wanted to burn a little time before trying to get lunch at a famous soba shop.  I got the Almond Pistachio scoop and it was wonderful.  While the location of the shop was not very good I did enjoy relaxing for a few minutes as I ate my ice cream.  I really can’t say more about the Almond Pistachio as it is as it says it is. 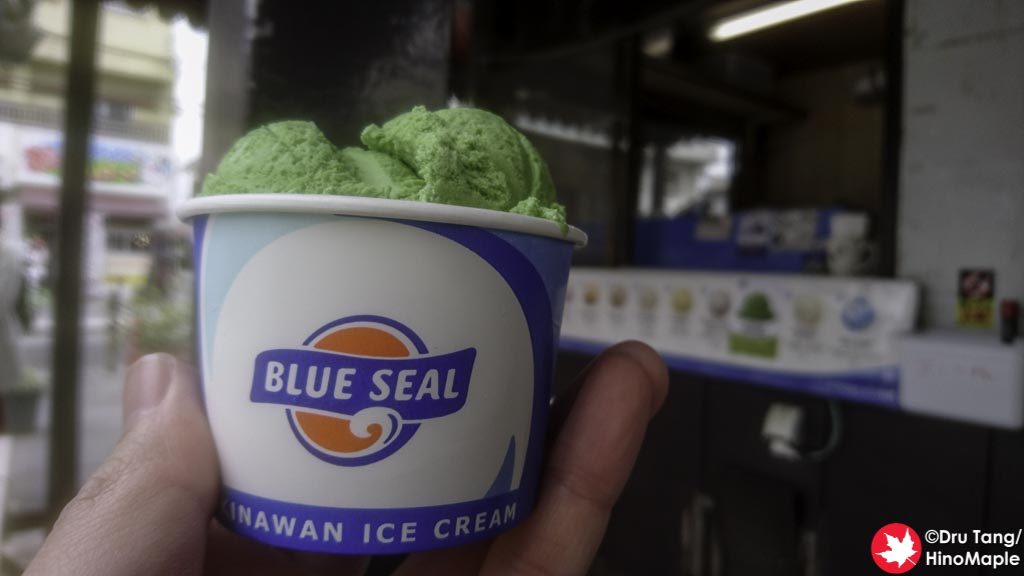 The second time I had Blue Seal was on my last full day on Okinawa.  I had a lot of free time to just relax and walk around so I stopped at their shop close to the Makichi Public Market.  There are two big shops on Kokusai-dori and the shop closer to Makichi Public Market, Blue Seal Owan Shop, was the better of the two.  It may not be an official shop but it was almost the same as the official shop. 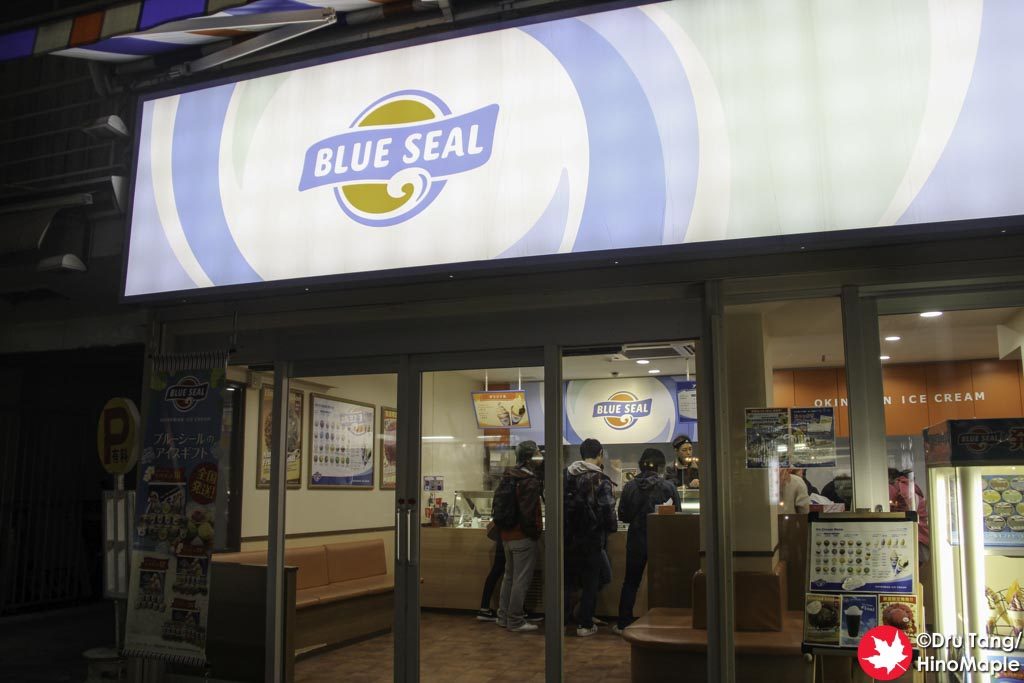 In the Owan Shop I decided to have the Okinwan Salt Cookies flavour.  I really don’t like the name of this ice cream as it isn’t appealing to me but if they named it Vanilla Chinsuko I would have bought it the second I saw it.  The salt cookies they mention are actually chinsuko, a famous dry cookie from Okinawa.  It is a good match for the ice cream and the only reason I decided to try it was because my friend John from Only in Japan recommended it.  Thankfully I did decide to try it as it was great! 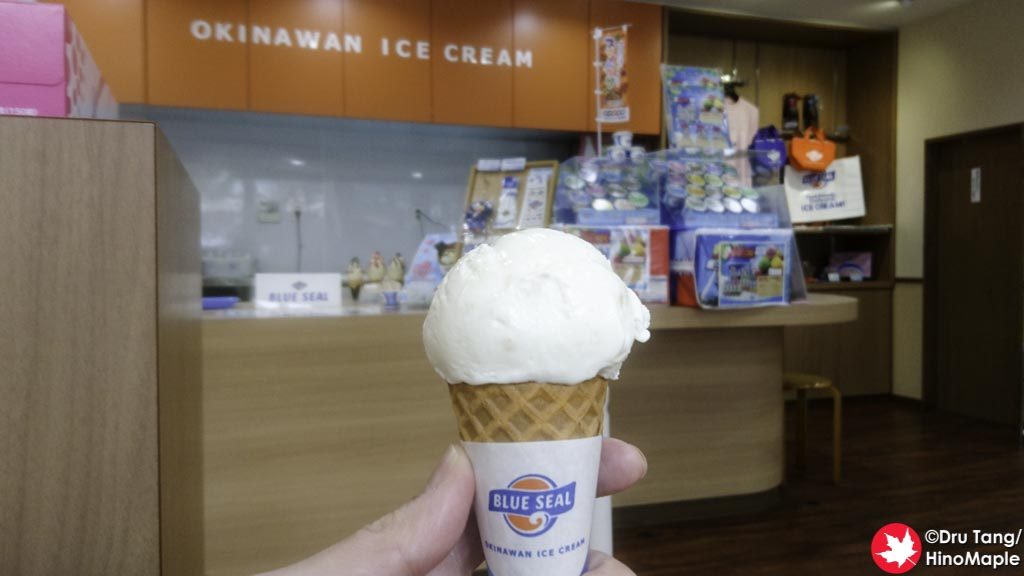 Blue Seal may not seem like a very Japanese place to visit but it was nice.  I really enjoyed the ice cream and since Okinawa is very hot most of the year it is a very good treat.  Since I visited in late winter/early spring, I didn’t want a lot of ice cream but I can assure you it is good at any time of the year and a must try if you are in Okinawa.