Jack’s Steak House is an institution in Naha.  It is a former “A-sign” restaurant that was an approved establishment for the US military personnel when Okinawa was still part of the US.  Jack’s Steak House still carries a lot of the ambiance of an old diner from the 50’s that has somehow stuck around to today. 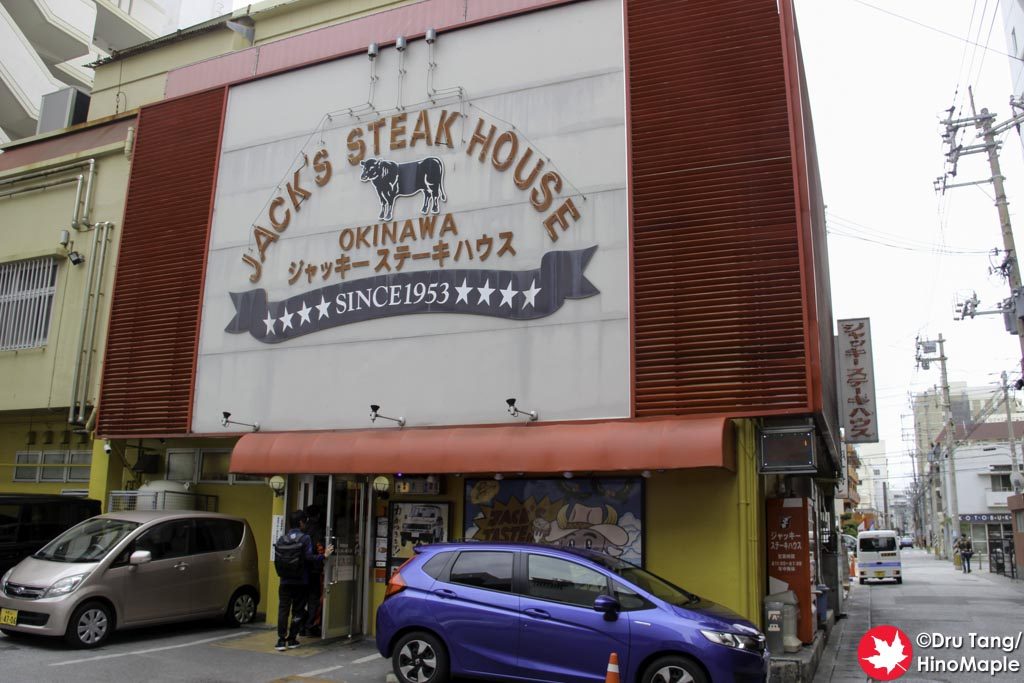 Jack’s Steak House is located near Asahibashi Station.  It isn’t difficult to get there but can be a little difficult to find if you don’t know which street it is on.  It is just a block off the main street and the huge sign on the building easily lets you know you are there.  If you are asking for directions, you can’t call it by its English name, you have to say Jackie’s and people will know what you mean.  I have no idea why they say Jackie’s in Japanese rather than Jack’s, but it does have a softer or cuter sound. 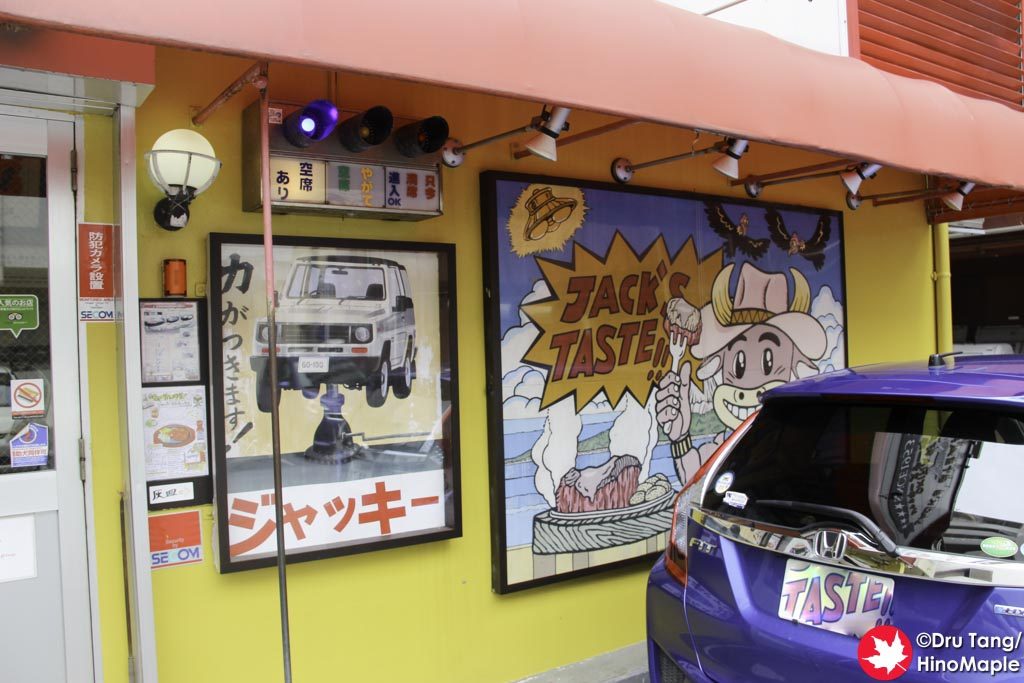 Before you enter you should check out the lights to see how long the wait will be.  They have a simple blue/yellow/red light system outside to show how many people are waiting.  Blue, rather “green”, means there is no wait.  Yellow means that there will be a short wait and that people will be leaving sooner rather than later.  Red means there is a long list of people and may take a while.  From my experience, people tend to come and go pretty quickly and the food is served very fast from the moment it is ordered. 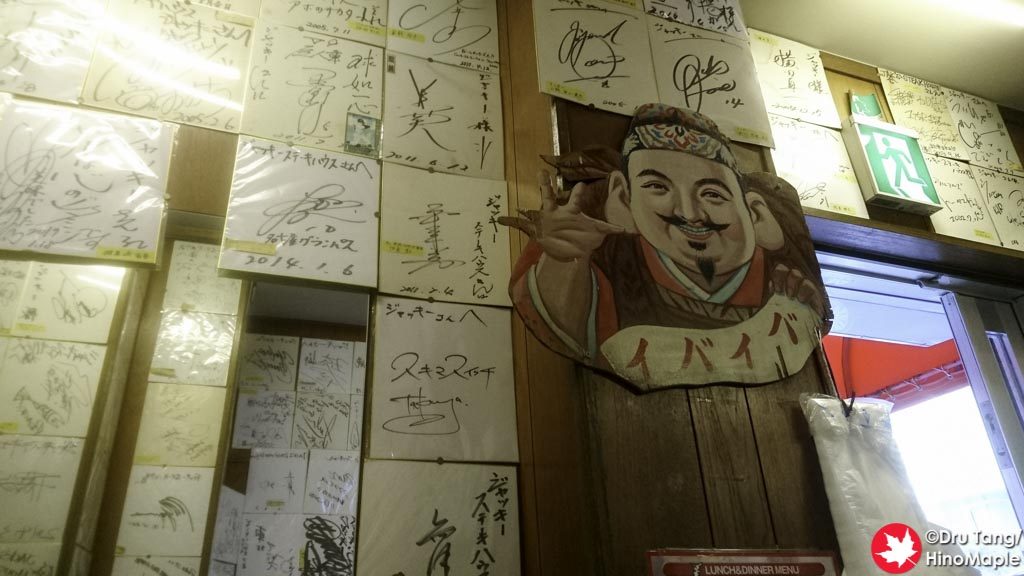 When you enter, you are in a small waiting area.  If it is busy the place will be packed.  You may be better off waiting outside, or people may already be waiting outside.  If people are outside, be sure to go in and sign up for the wait list but beware as I do not know if they will go outside to call your name, so be orderly and enter the restaurant if there is space.  They also have take-out but I doubt the steaks would be as good if you had it to go.  I entered on a yellow light and it only took 10 minutes to get a seat. 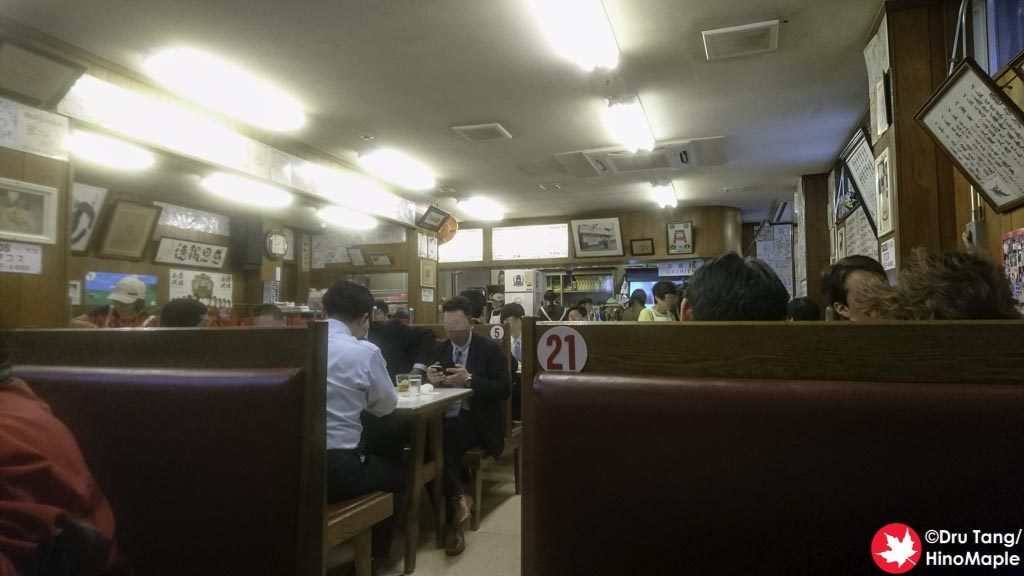 The inside is, as mentioned, an old 50’s style diner in Japan.  It has a lot of character and they only have booths.  I was seated in the back corner of the restaurant and it was a great place to see everything.  There is a menu in English along the back wall so you can decide what you want before you even sit down.  Once you get seated you can also peruse the menu but I already knew what I wanted long before I got there. 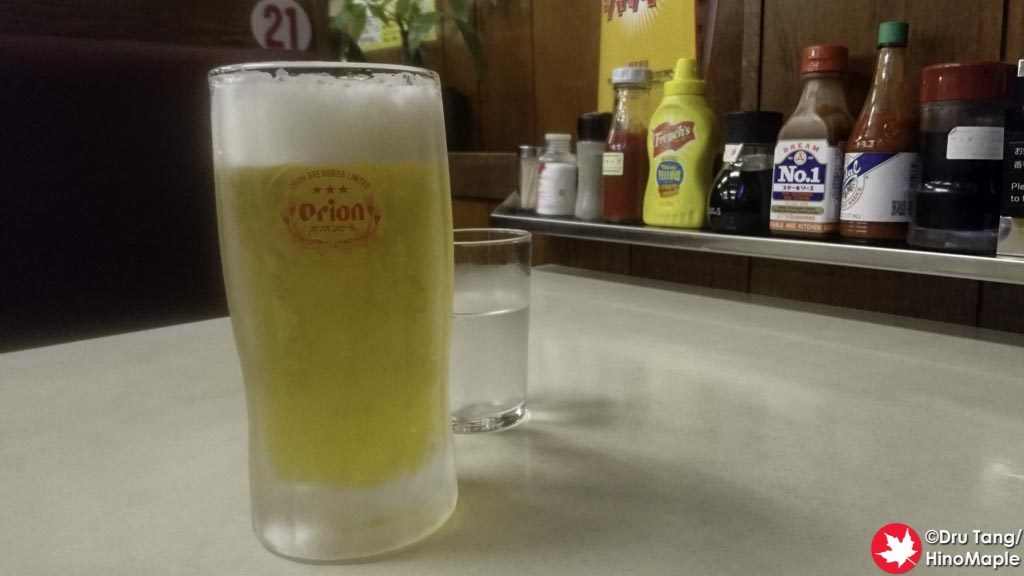 When I was at Jack’s, I wanted to get tacos.  They are not your typical soft or hard shell tacos but they were good.  They also have taco rice but I wasn’t able to try it.  The tacos come in a set of 5 and it is a good portion for me.  If you can eat a lot you may want to order more.  I felt a little hungry after I finished but after a few minutes my stomach became full.  The shells were deep fried and thick but it was a very interesting take on tacos.  I would not call them authentic by any stretch of the name but I did like it.  It even came with its own salsa sauce that used an old instant coffee jar. 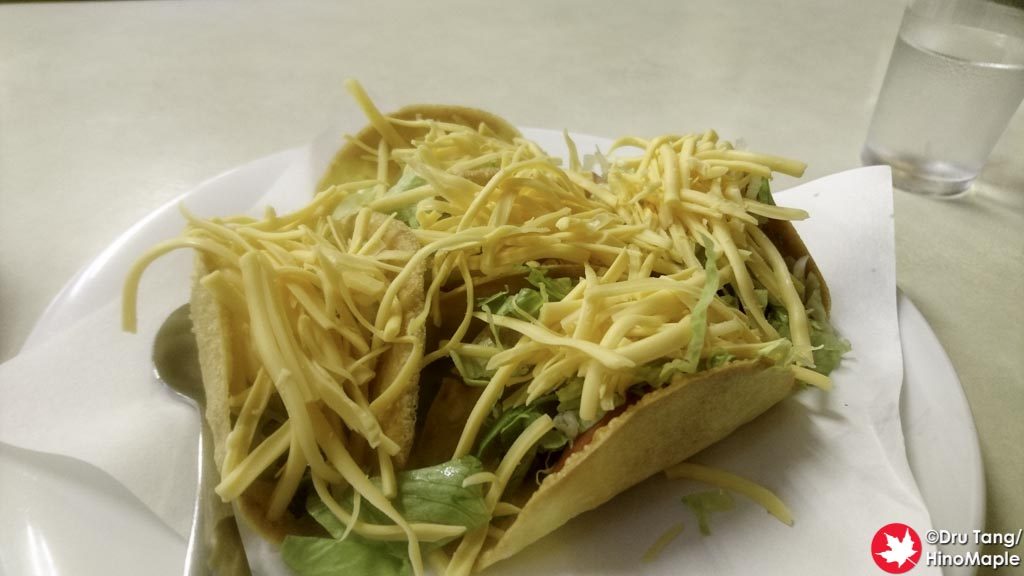 I wish I had time to go to Jack’s more than once.  If I was there with a few friends, I could have ordered the nice tenderloin, this was recommended to me by a local, as well as a plate of tacos to share.  There was so much food that I wanted to try there but it will have to wait till I return to Naha.