When I was in Matsuyama, I stayed in 2 different hotels.  The first hotel was Hotel Azelea because I was still with “A” and it was the cheapest option for 2 people.  “I” also got a room but I believe she was on the ladies floor.  Hotel Azelea is not a bad hotel but it isn’t a good hotel either.  It is decent enough that I would stay there again if the opportunity arose, but I have no real reason to do so either. 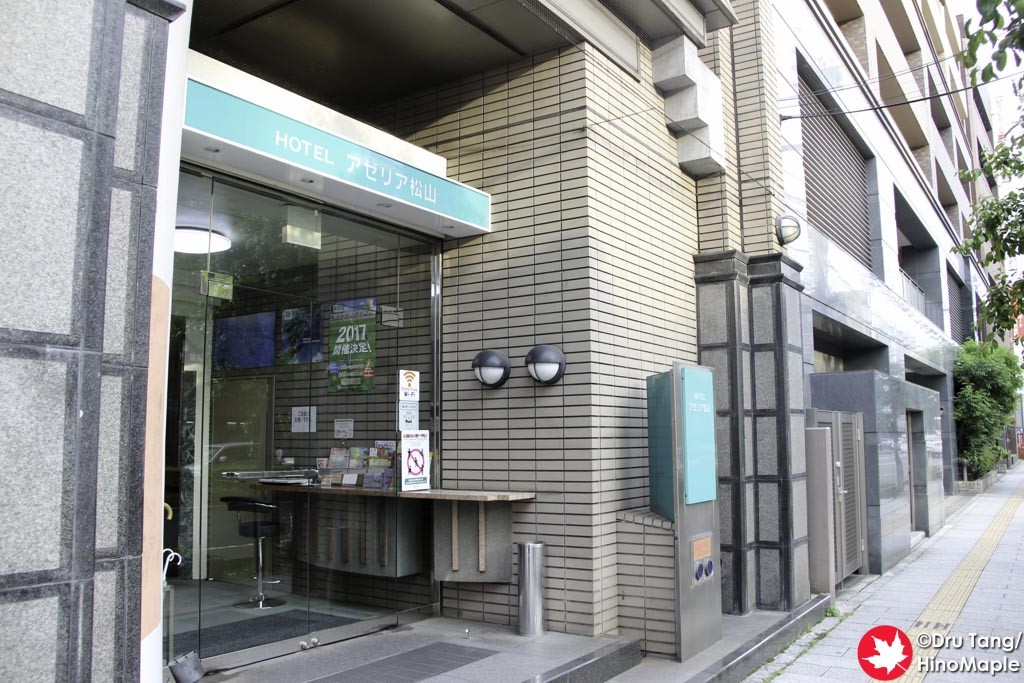 Hotel Azelea is a pretty standard business hotel.  It is located just off the main tram trunk line but it is a few blocks from the main commercial district.  If you are coming from the station, it is pretty easy to get there, but we ended up taking a taxi as there were 3 of us at the time and the savings in time and energy were pretty good that the taxi option was worthwhile. 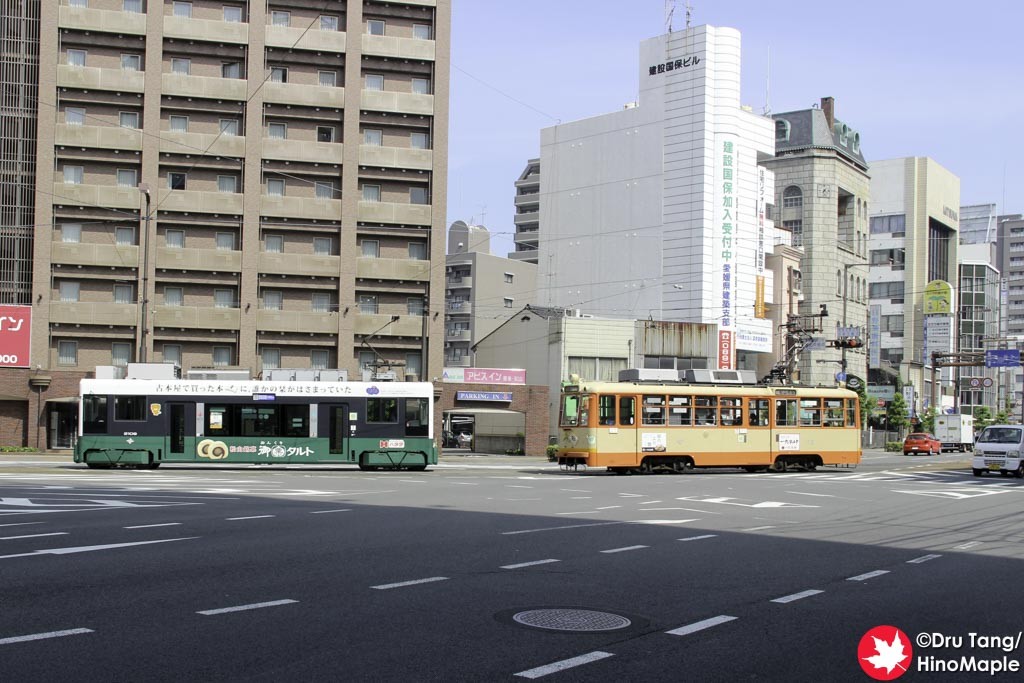 When you enter Hotel Azelea, you are greeted by a really standard situation.  Like any hotel, there is a small front desk and a small eating room off to the side.  The only good thing is that they have a small shelf full of amenities such as shampoo and body soap.  You also have to grab hair dryers and other things like that from a rack in front of the front desk as the rooms generally don’t have it. 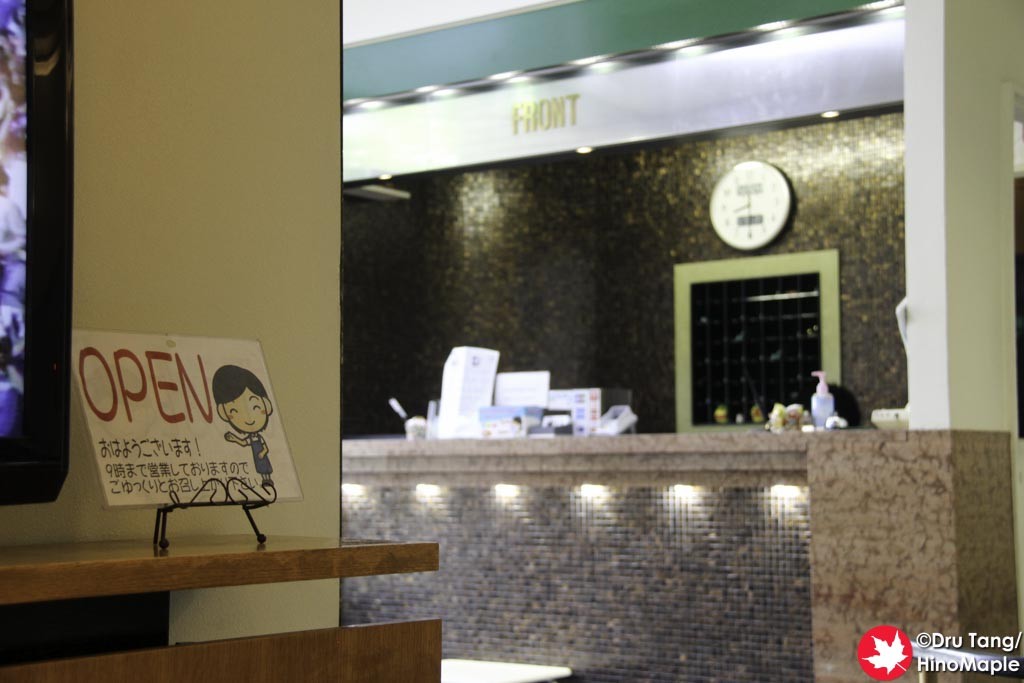 The rooms were really old and it showed.  Although the hotel didn’t look very old from the outside, the inside was a different story.  The room we had was not very good and had stains on the carpet.  I didn’t really care, but I did have to wear slippers the entire time I was there and the shower was a little cramp.  Considering I had showered in the afternoon, after cycling the Shimanami Kaido, and I was going to Dogo Onsen the next morning, I ended up not using the shower at all. 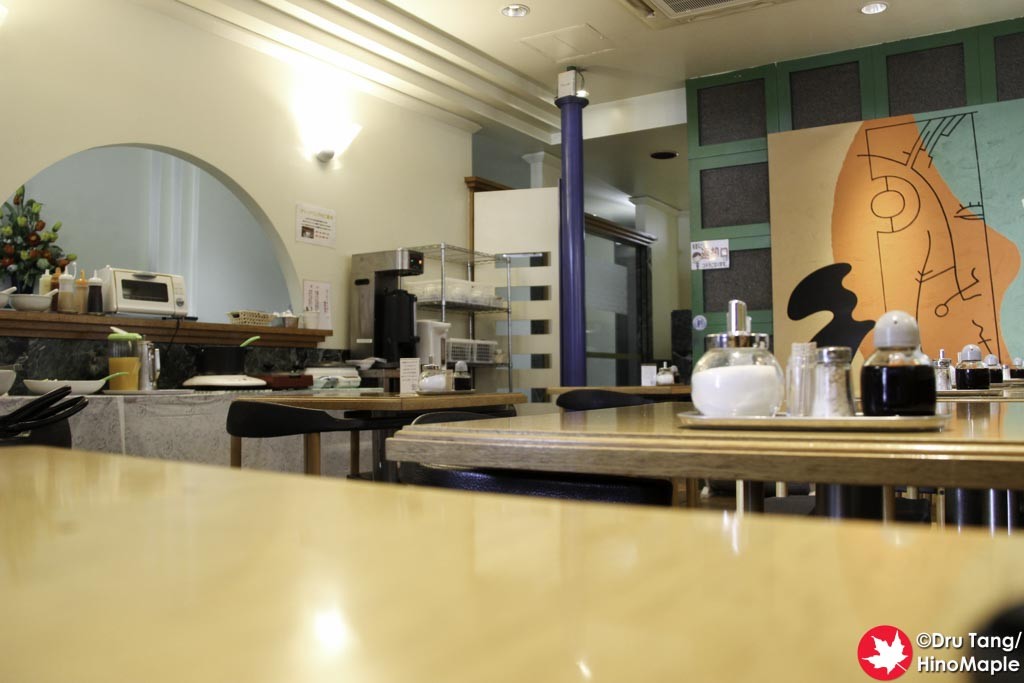 Hotel Azelea is a good business hotel that will meet all of your basic needs.  It is not a place that I would call luxurious but it is a functional place.  They may not speak English well, if at all, and the breakfast was decent.  Overall, it was not something remarkable and not something bad either.  It is really hard to really say much about this hotel but as I mentioned before, I would stay here again, but only due to the price.