It has been a while since Jubilo Iwata and Shimizu S-Pulse has played each other, in fact it hasn’t been since 2013.  In 2014, Jubilo was relegated to J2, and in 2016, they returned but that same year Shimizu was relegated to J2 before being promoted to J1 again for 2017.  3 years without a Shizuoka Derby is a bit rare in the J League but it was a great opportunity for me to go. 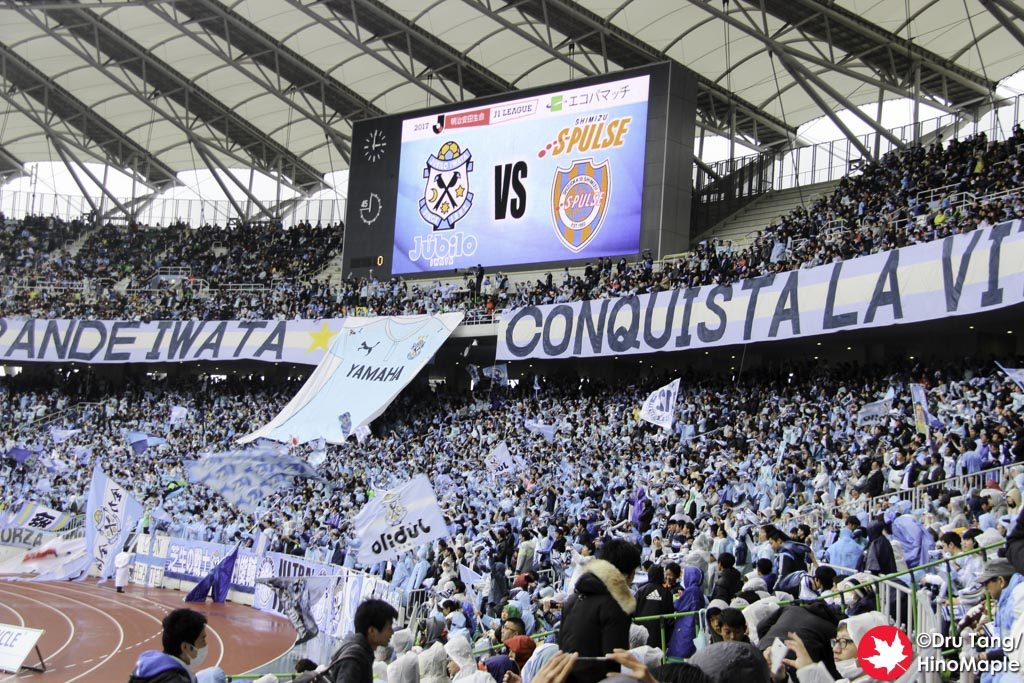 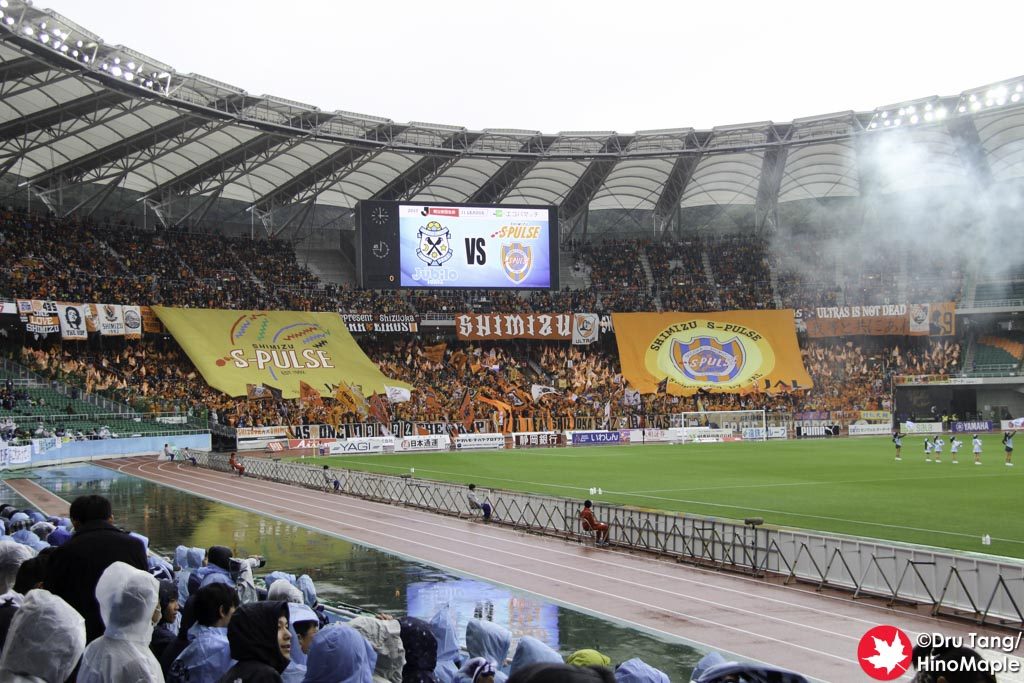 In 2013, I wasn’t a big fan of soccer, at least not of the teams in Shizuoka.  The Shizuoka Derby was held twice, of course, and the last game was held at Yamaha Stadium.  Unfortunately Jubilo Iwata was a weak team and they lost 1-0 to Shimizu S-Pulse.  Fast forward to 2017 and they are now playing at Shizuoka Stadium Ecopa.  Ecopa is a very big stadium compared to Yamaha Stadium.  Yamaha Stadium has a capacity of 15,000 and it is a great stadium.  Considering it has been 3 years, the move to Ecopa was a good call as it has a capacity of 50,000 with 41,000 pre-sold tickets. 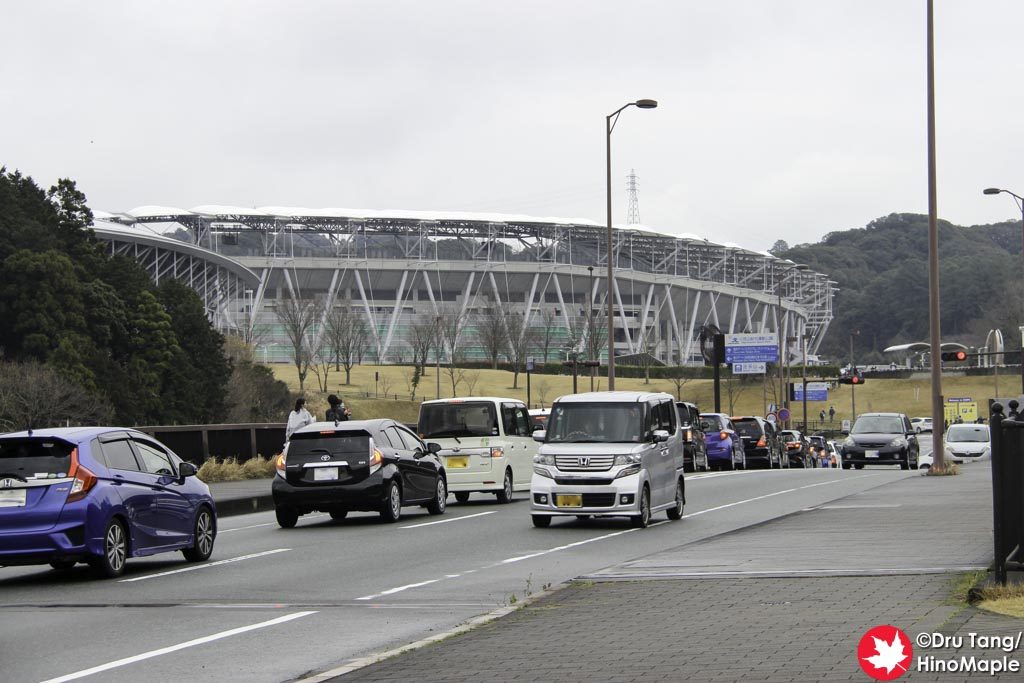 Ecopa is probably the largest stadium in the area as Shimizu S-Pulse also has games played there from time to time.  Getting to Ecopa is pretty easy as you take the Shinkansen to Kakekawa Station and then it is a short one stop ride to Aino Station and a 15 minute walk to the stadium.  It was a nice place in the middle of nowhere.  The stadium isn’t bad either but it wasn’t great.  There is a track that surrounds the pitch but the seats are as close as can be.  Unfortunately the first Shizuoka Derby was held in the rain but about 40,500 people still showed up for the match! 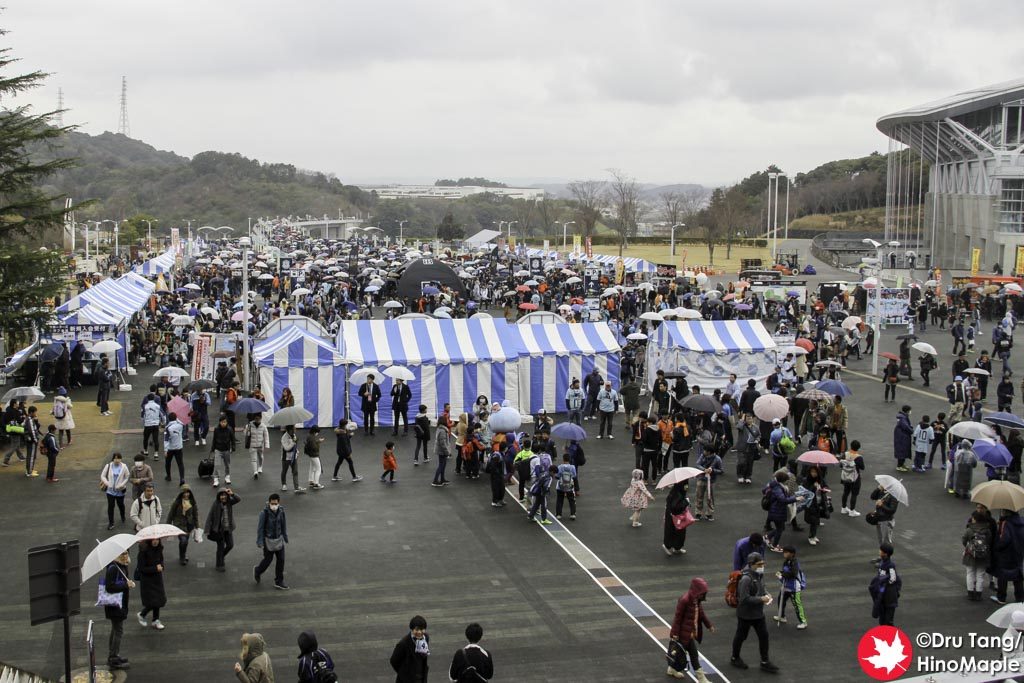 Festival area outside the stadium.

If you have ever been to a football match in small town Japan, the match at Ecopa is almost the same in format.  There is a small festival area where they have food trucks outside and a small seating area.  It was almost the same as at Yamaha Stadium but a bit bigger and much busier.  They also had the obligatory shops selling merchandise for the match.  The only problem was getting into the stadium.  There were HUGE lines everywhere.  It actually took me about 40 minutes to get inside the stadium.  If you include the time it took for me to find the end of the line as well as the gate itself, it was closer to 1 hour!  The stadium was critically understaffed and after a while they stopped checking bags.  In reality they are supposed to check everyone’s bags for dangerous items but with thousands of people lining up and kick-off just minutes away they just let everyone bypass the bag check. 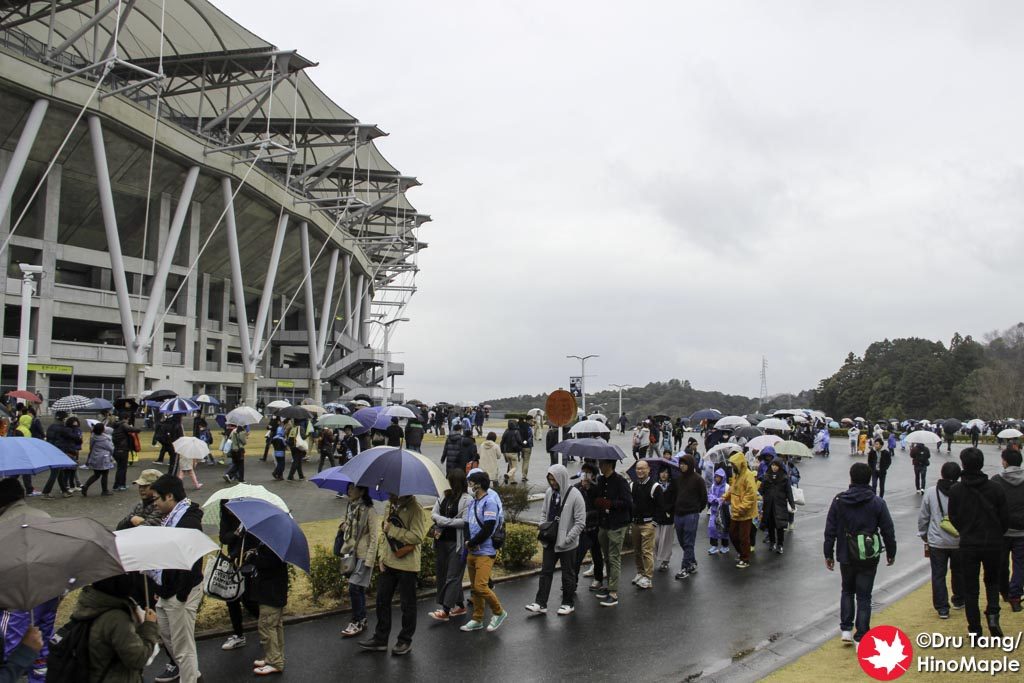 The line to get in. Only a small area and it snaked its way around the open area several times.

The game itself was a lot of fun.  With the rain falling, the players had to adjust their game.  You could see that they were really rusty with the conditions as they missed simple catches and they seemed to slip a bit more than normal.  While this was normal, what wasn’t normal was the speed at which the first goal came.  It only took 6 minutes for the first goal that came off a corner kick and a heading by Shun Morishita of Jubilo Iwata.  It was an amazing heading and the crowd was cheering.  Before the end of the first half, Jubilo was up 2-0 and with it being a home game everyone was happy.  The second half was equally as amazing as it took only 3 minutes for Jubilo to be up 3-0 and it would remain this way until extra time in the second half.  This is where Shimizu scored their only goal of the match. 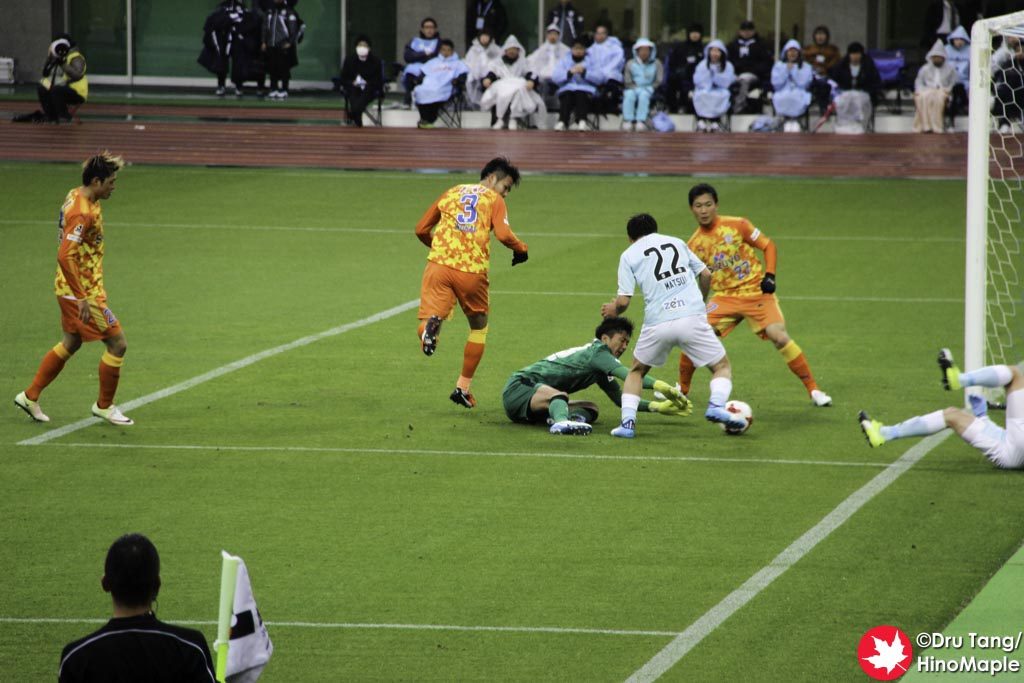 Action in the seond half.

The match was amazing and I really had a lot of fun.  The return home was painful as packing onto the train was not fun.  Luckily it was an afternoon game so I was able to make a day trip of it.  If you are going, 3pm games are doable as a day trip but any later and you’ll likely miss the last train back to Tokyo.  I did a little cutting to be able to catch a train 40 minutes after the match ended.  I only missed 1 train but if you are with the crowds you’ll be waiting even longer.  You can be sure that if I have a chance to go again that I will but it definitely wasn’t a cheap experience. 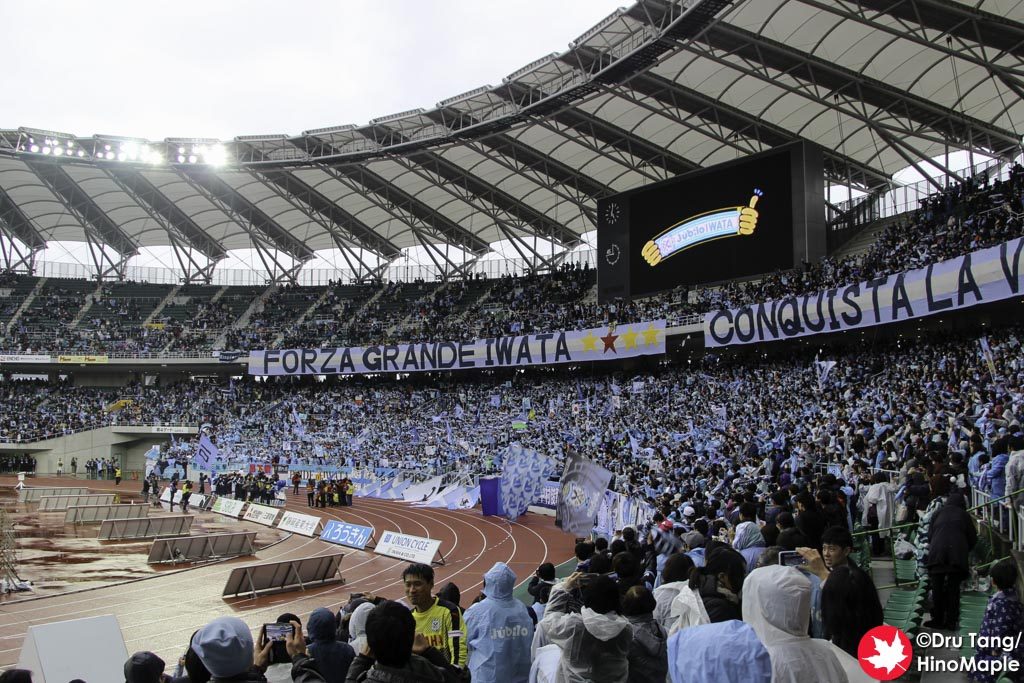