Nanpuu is an okonomiyaki shop that I seem to visit whenever I am in Tsu.  When I last spent an evening in Tsu and couldn’t decide on where to go, I decided to head back to the same restaurant I visited the previous time I was there.  That previous time I had the okonomiyaki, but this time I decided to try something new and different. 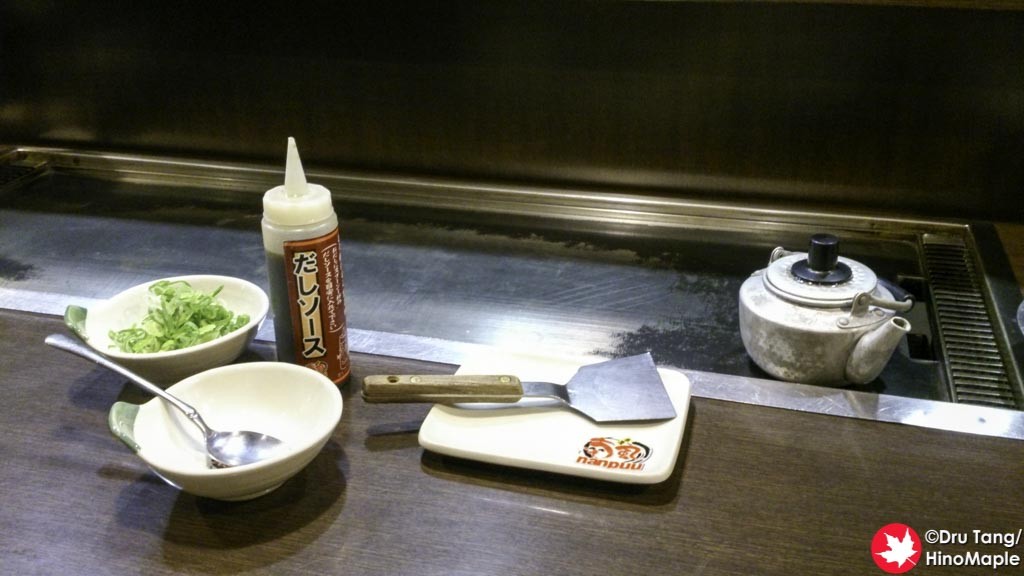 Nanpuu is from Himeji, Hyogo and with it comes a slightly new take on okonomiyaki.  If you have ever been to Hyogo, they have akashiyaki, a take on okonomiyaki where it is very soft and gooey and dipped in a small dashi soup.  Nanpuu takes this one step further and does the same to okonomiyaki, but calling it doroyaki.  Trying to find information on this anywhere in English is a little difficult and even in Japanese it is a little difficult, but I believe it is currently exclusive to Nanpuu only. 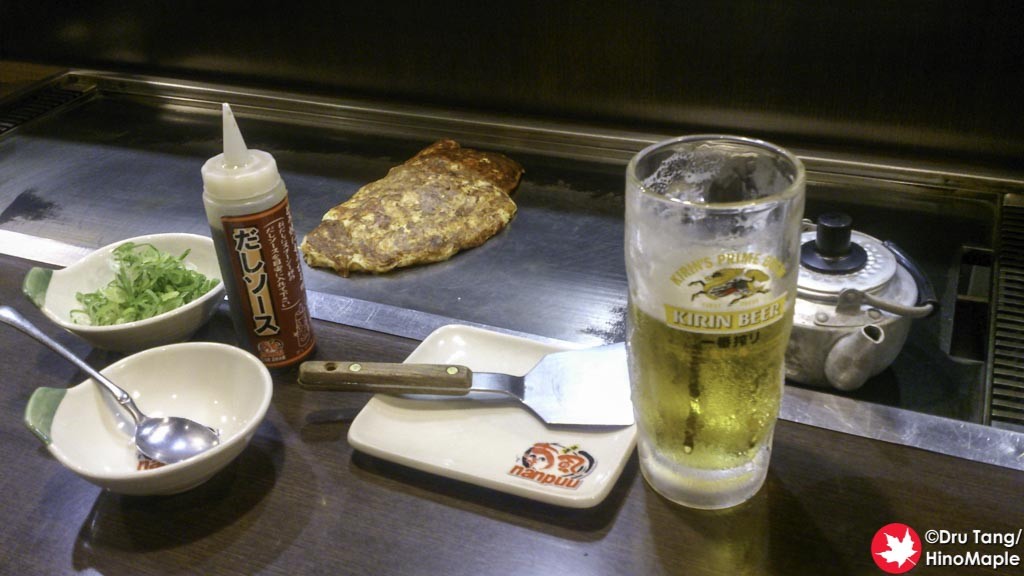 The first thing you get is what looks like an omelette but with a hint of okonomiyaki.  You are given a spoon and a small pot of dashi and a small bottle of concentrated dashi too.  You start by pouring some soup into your bowl as well as adding a few green onions.  You can add some of the concentrated dashi if you’d like but that is up to you. 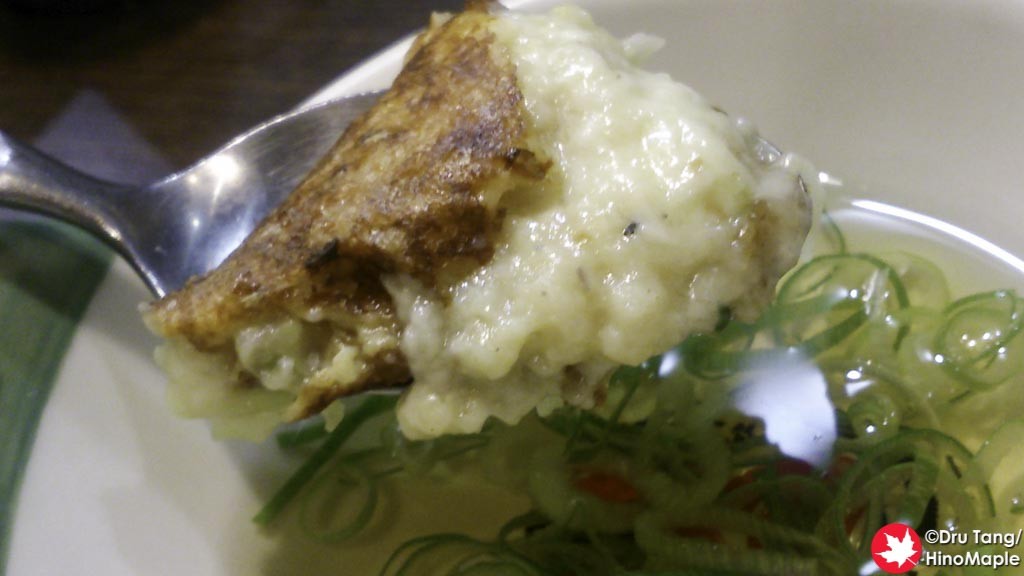 You then dig into the doroyaki with a spoon and enjoy the molten goodness.  Doroyaki is a really interesting take on okonomiyaki but it isn’t something that I would crave a lot of.  Okonomiyaki is really good as it is and monja is a great snack food.  Doroyaki is in between this and while it is good I had a tough time eating it as I have a very sensitive tongue. 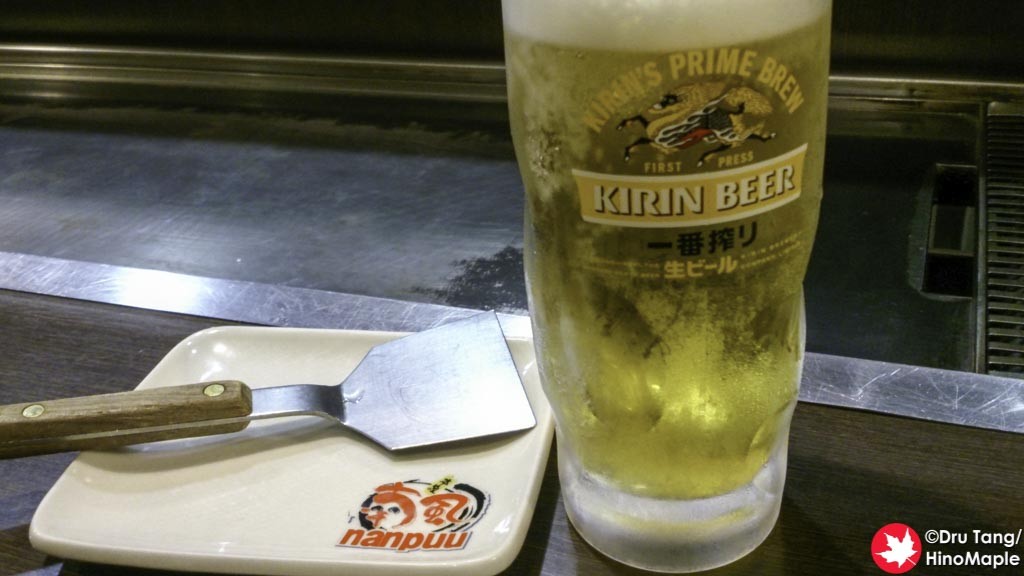 If you have a chance to try doroyaki, do give it a try as it isn’t bad and I would have it again if I could.  Nanpuu is also a good shop to visit and I’m sure you’d have a nice meal there.  They do have shops all over Japan and a couple in Ikebukuro as well.  Let me know if you go there and tell me what you think of doroyaki!