My adventure to enjoy brewing at Hitachino Nest started for a third time in September 2016.  I was at the beer Keyaki in Saitama with some friends and we decided that we wanted to make some beers.  We talked a bit about what styles we liked and decided that we wanted to try and make a Winter Ale in time for Christmas.  I was up for it as it is an interesting beer that I have not really tried and the plan was set. 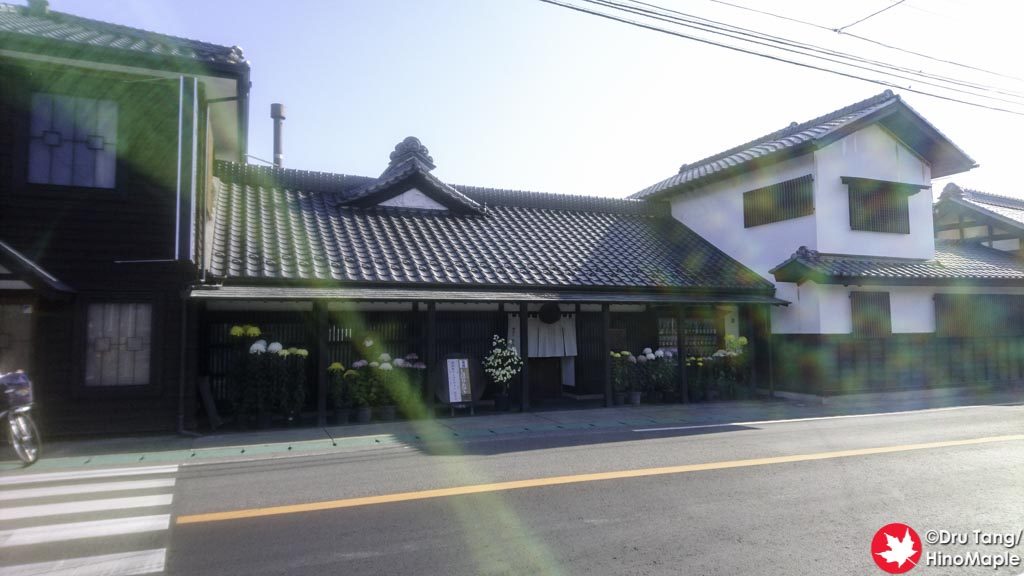 We wanted to brew and have it ready before Christmas.  I contacted Hitachino Nest but unfortunately it was not easy to contact them.  They still have a problem where if you e-mail them you get a response that says the server is full and the message wasn’t delivered.  This is not true as I was contacted by Anna within a day.  I was happy to hear from her and after discussing things, we finally decided on a date in mid-November. 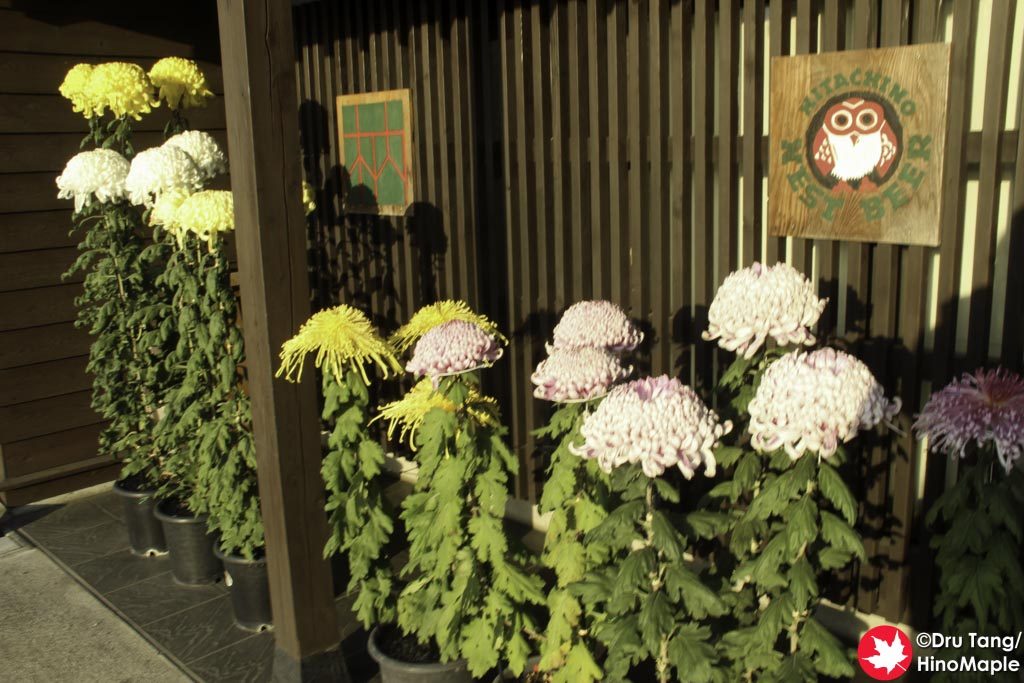 This time, I spent a night in Mito to let me get a bit more sleep.  I was shocked when I got to the station to see a HUGE line outside.  There were at least 100 people lined up to get tickets for the train, but thankfully it was not the train that I was planning to take so I was able to bypass the line to get my regular fare ticket to Hitachi Konosu Station.  Unfortunately the train to Hitachi Konosu Station was also very full and also late and we ended up on an uncomfortable journey to the brewery. 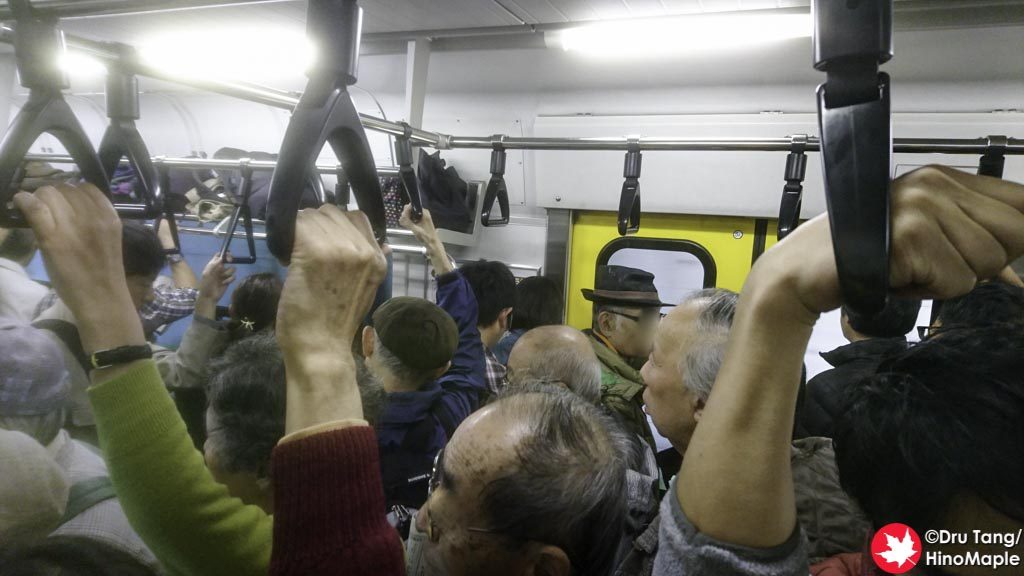 Once we got off, we were able to enjoy the fresh air.  There is a small lumber yard where the smells of the cut logs wafted in the air making us happy and relaxed.  We headed out to the brewery where we promptly got to the workshop.  The workshop hasn’t changed, and the Kiuchi/Hitachino Nest shop also hasn’t changed at all.  Unfortunately it was a very busy weekend with several groups brewing at the same time. 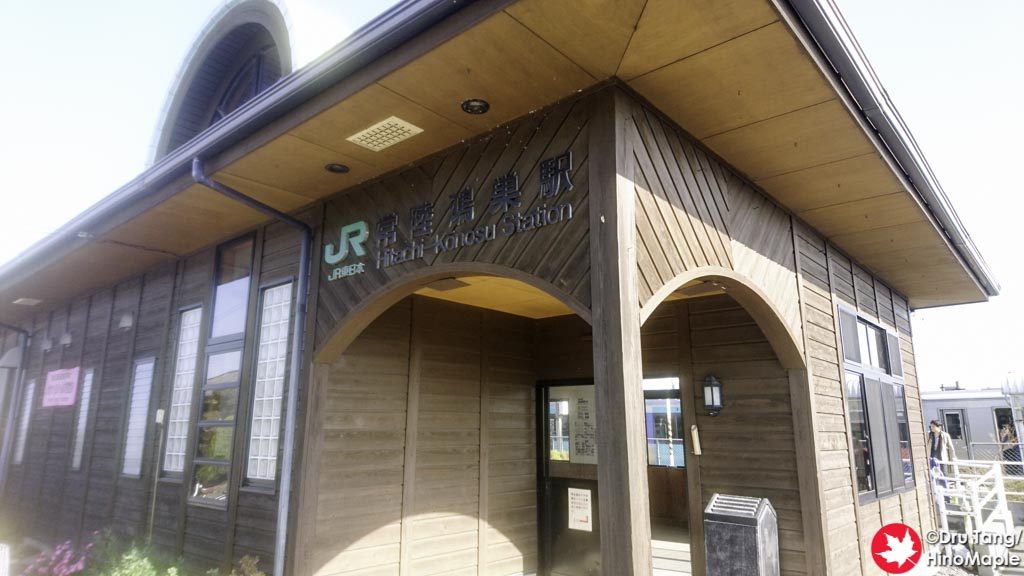 Our group was the last to arrive, but that is partly because we took the train.  We were seated and got our samples.  We only got a single set of beers to try for 8 of us and I thought it would be better if we could have had 2 sets.  They were also a bit strict with the process compared to before.  While you are free to choose a few things about your recipe, you do not have a lot of choice in the end.  You can choose the ABV, SRM, and IBU, but you cannot really choose the malts.  You can also choose what hops you use but you are not given the information about timing so you will have to check the timing yourself to see what they did. 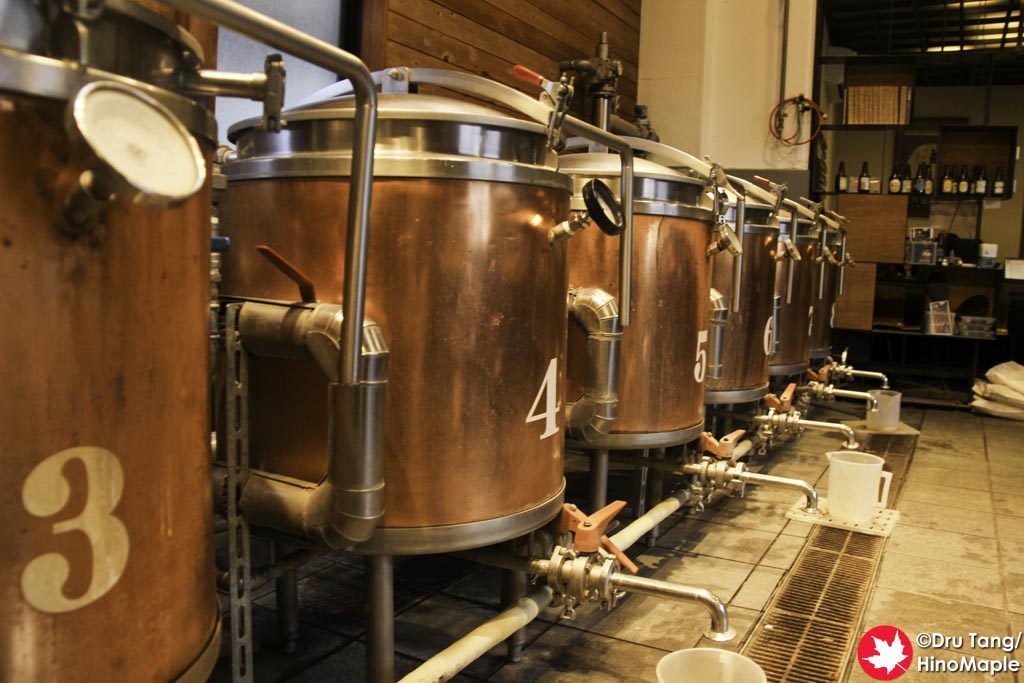 I asked if I could create a Winter Ale from a recipe that I found online.  They basically let me do almost everything I wanted but I did have to respect their ideas on the recipe.  They usually use a computer to create the recipes but for my Winter Ale they had to think a lot ahead of time.  They were kind enough to help get a few ingredients for me but the rest of it was up to me.  It is not very easy to get the ingredients in Japan but I did well enough. 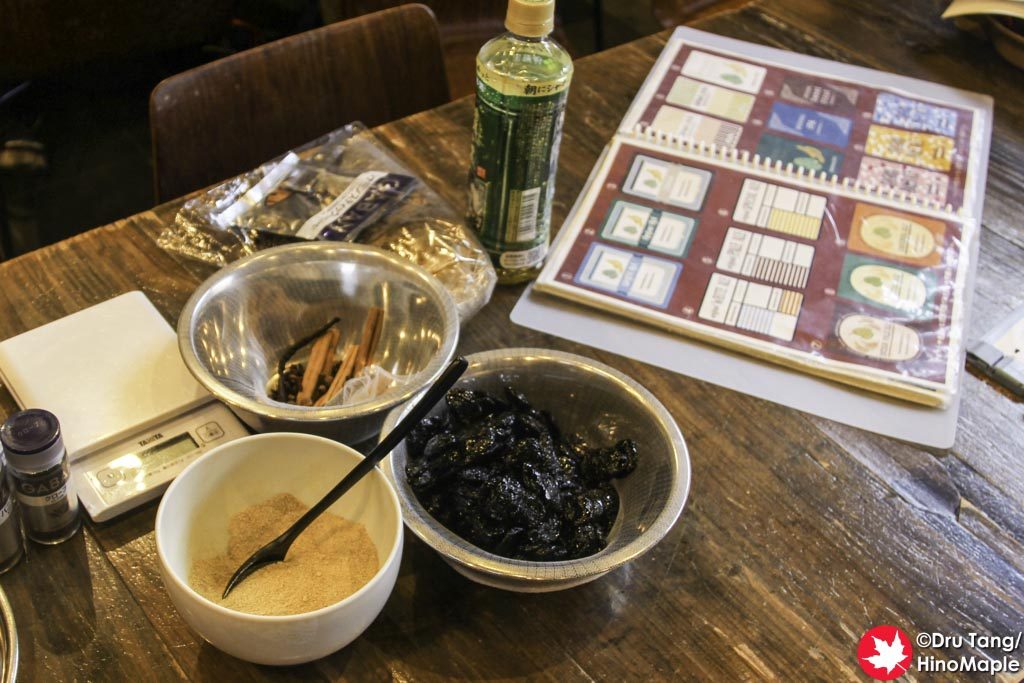 Once everything was chosen, we were asked to select the labels as well as where to send the product.  Nothing new here either except they did this step a lot earlier than 2 years ago.  It was probably because they also had a second wave of brewers for the afternoon session.  They can actually do 2 brewing sessions in a day but the timing is pretty tight and it does get a bit crowded now. 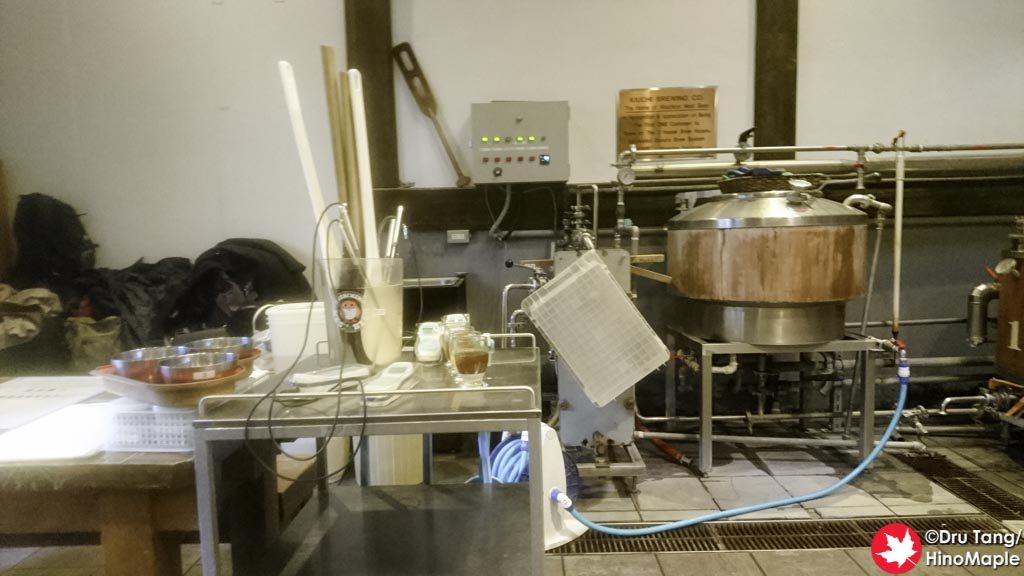 The brewing itself hasn’t changed much in 2 years.  The machines are all the same and you still use temperature probes to do everything.  It was not very easy to control the new brewers at first as they really wanted to play around with the equipment.  I had to temper their enthusiasm to make sure that we didn’t make any big mistakes.  The worst part of the brewing process was the fact that Hitachino Nest has a bunch of tours and they let them come in while we are brewing.  This isn’t such a bad thing but knowing old people in Japan, they like to just touch things without asking and I wasn’t really happy when they started playing with our beer.  Thankfully after a couple groups, it was really quiet. 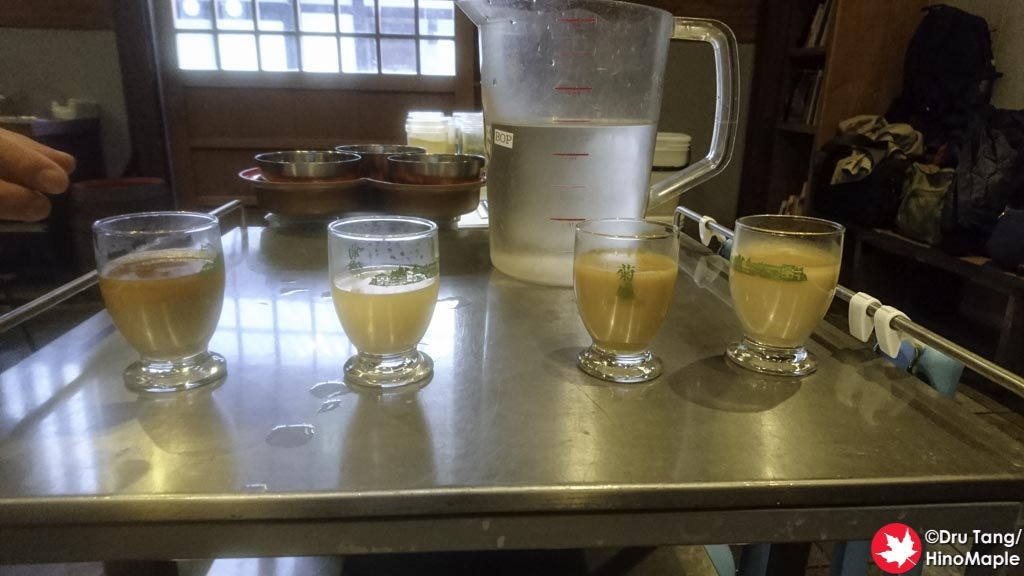 The day was a lot of fun and I did have a few surprises too.  Some of you may know that I had a birthday the same weekend I went up.  It was nice of my friends to get me a cake and I was happy to have such good friends.  I never got a free beer from Hitachino Nest but they did say happy birthday. 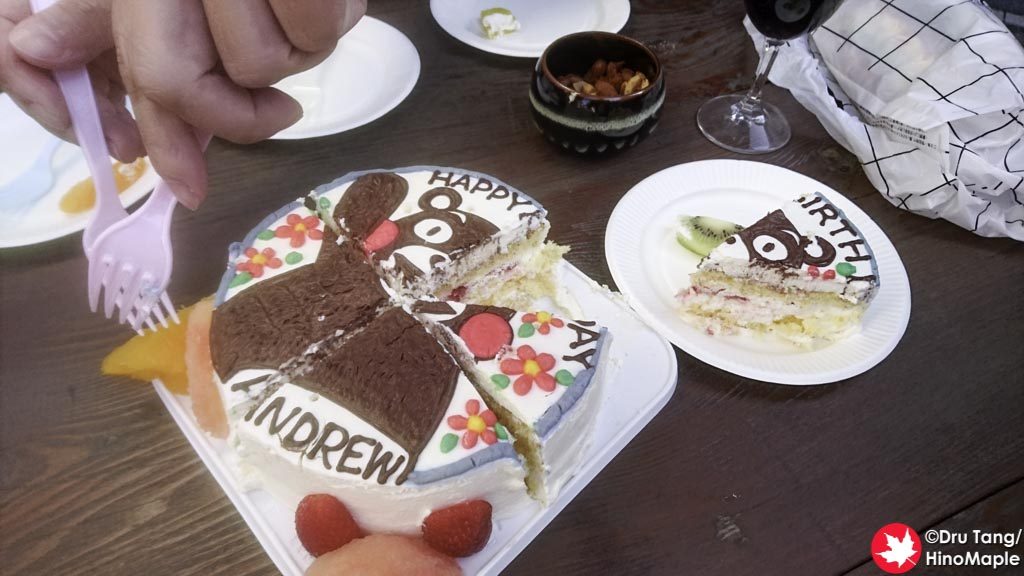 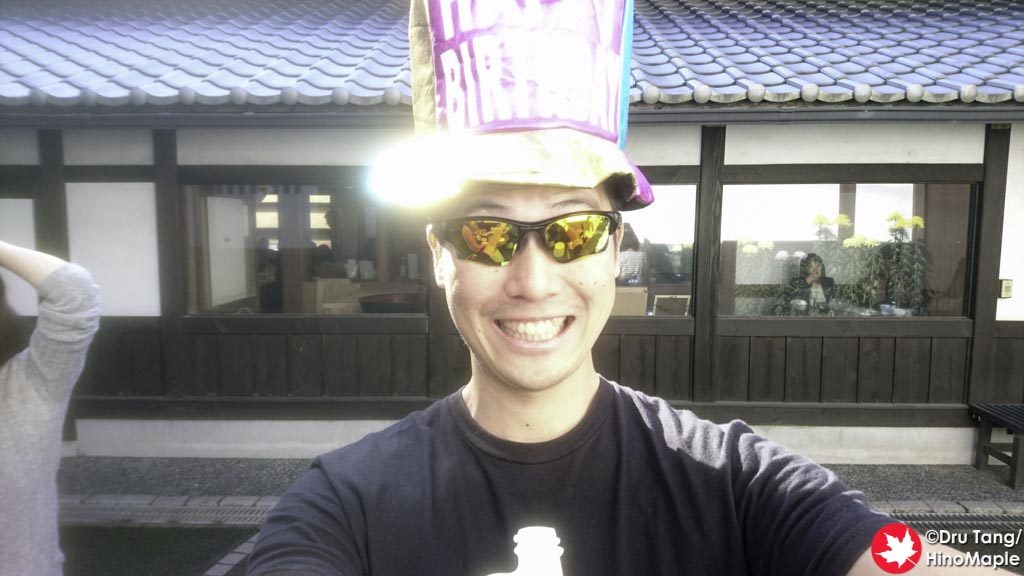 Happy Birthday to ME!

After brewing, we still had a lot of time as we didn’t want to rush to catch the train.  We had a good 30 minutes to catch the next train but there was a long break after that train.  The train we could have caught was at 14:45 but we waited until 16:00 as we wanted to do a bit of shopping and really enjoy another drink at the bar. 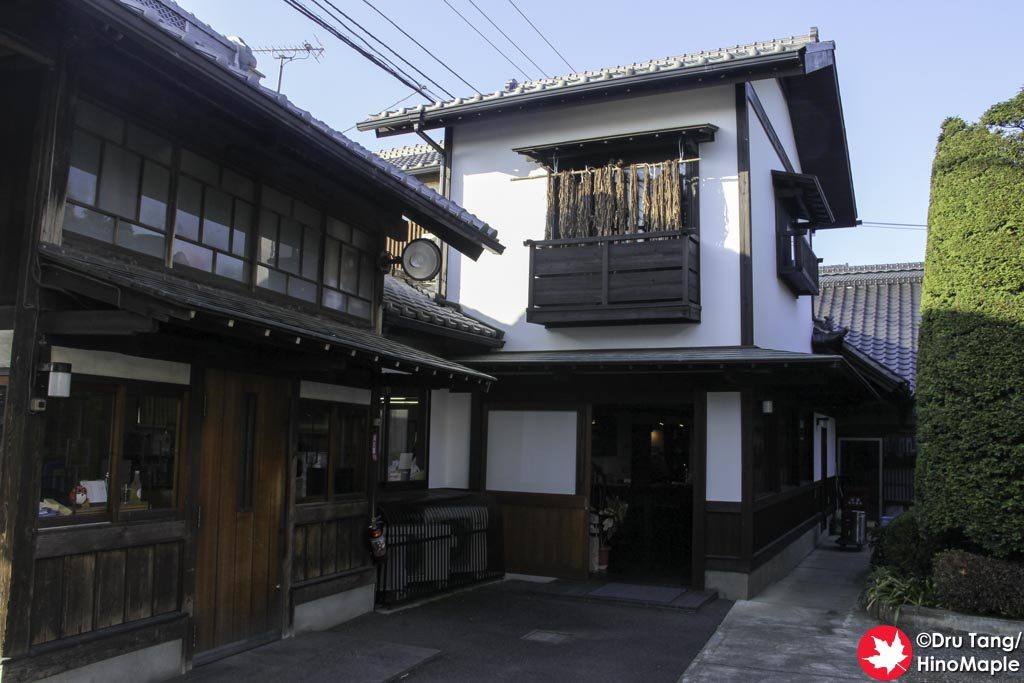 Hitachino Nest (Looking Towards the Bar)

Hitachino Nest’s shop area is really nice.  It is in an old building and they have a lot of good beers.  When brewing, you can easily go and get a glass of beer from the bar or buy a bottle from the fridge.  They will happily open it for you and you can put it in a glass if you wish as well.  I really enjoy drinking while brewing, although it can be a bit dangerous as I need to keep on top of things. 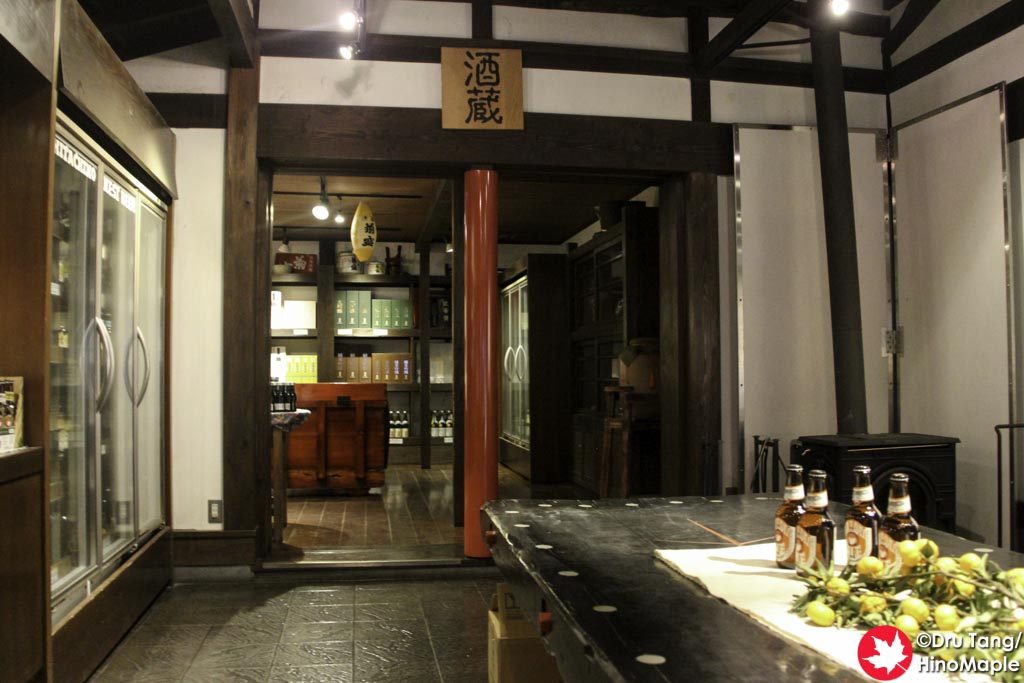 It was a lot of fun to brew at Hitachino Nest for a third time and I look forward to doing so again.  I really don’t know if I will go again in the near future or even distant future.  It isn’t very cheap but it is fun to try things.  If you do have the opportunity to do so, I wouldn’t hesitate to do it.  We got all of our instructions in Japanese this time because the group was mostly Japanese but they do have English help if you want it.