The start of 2017 has been pretty normal for me.  I started off the year with my personal prayers to a local shrine soon after midnight.  I spent the countdown at my local yakitori shop and went home to put on extra clothes.  I then headed to Kameido Tenjin to get a Daruma and consider praying as well.  As always the lines were incredibly long so I headed to a local Inari Shrine, Chigusa Inari Jinja.  This shrine is never busy and usually no lines whatsoever.  After my prayers I made it to my local watering hole to drink the night away, or should it be the morning. 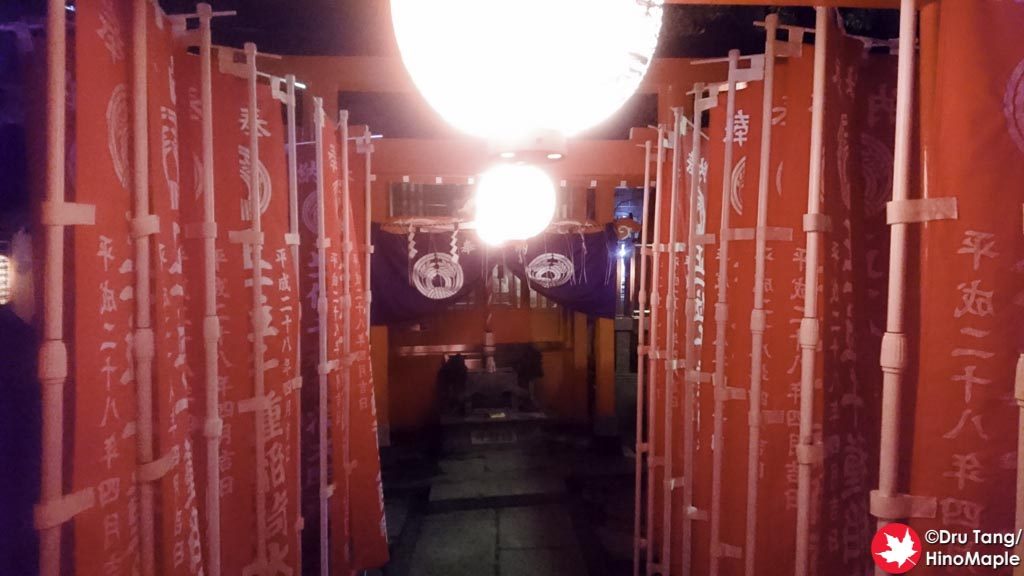 While I did my personal prayers at Chigusa Inari Jinja, I wanted to pray for a good business year.  I have been having a lot of bad luck in 2016, and while it wasn’t my bad luck year, I felt like it didn’t go well at all.  I decided that I needed to bring a little luck for 2017 and decided that I needed to pray for my business.  I can’t really talk about what the business is yet, due to my own personal superstitions, but once things are ready I will tell you all.  Needless to say I decided to go to Hie Shrine in Akasaka.  Do note that Akasaka and Asakusa are NOT the same place and lots of people mix it up.  Hie Shrine is well known and one of Tokyo’s 10 Shrine Pilgrimage.  It is also a place where many business people visit at the start of the year.  Kanda Myojin is the most famous to pray for business in Tokyo but Hie is also very popular. 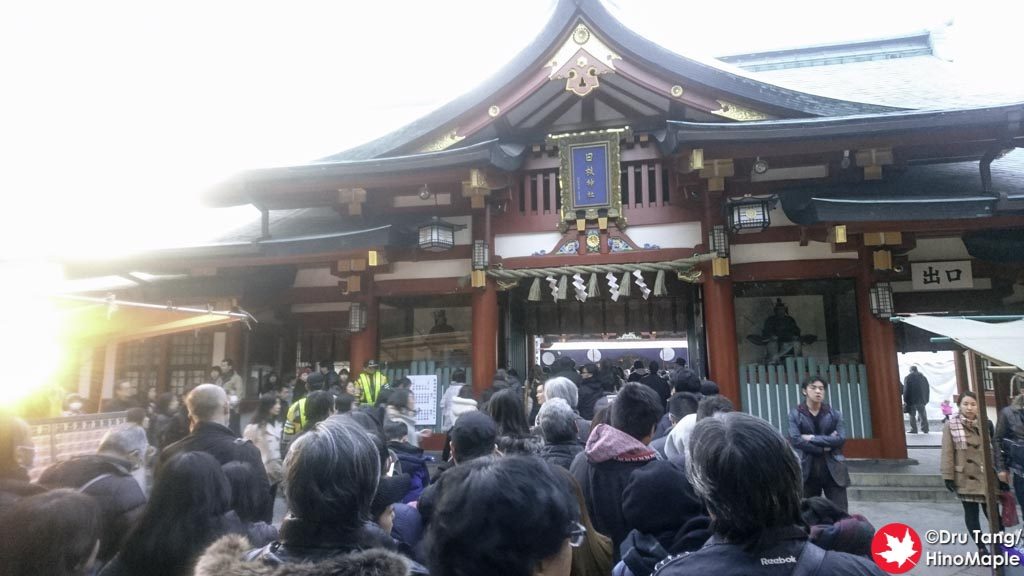 I decided to visit Hie Shrine on January 3rd as I had a little free time.  I got to Hie Shrine around 4:30 pm and it was close to closing.  The line was actually pretty short and only at the top of the steps.  While the line looked long and looked like there were lots of people, it really wasn’t bad.  I was at the top step of the main entrance and made it through the gate in the first wave.  The side entrance is much bigger and more popular so more people were on that side.  When I did get into the shrine itself I was hit by the number of people waiting there.  They had a couple groups waiting inside the main shrine area and people were lining up in a single row to pray.  Unlike Meiji Jingu where you throw a coin as far as you can and just hope you don’t hit a police officer, you are actually right up at the shrine itself. 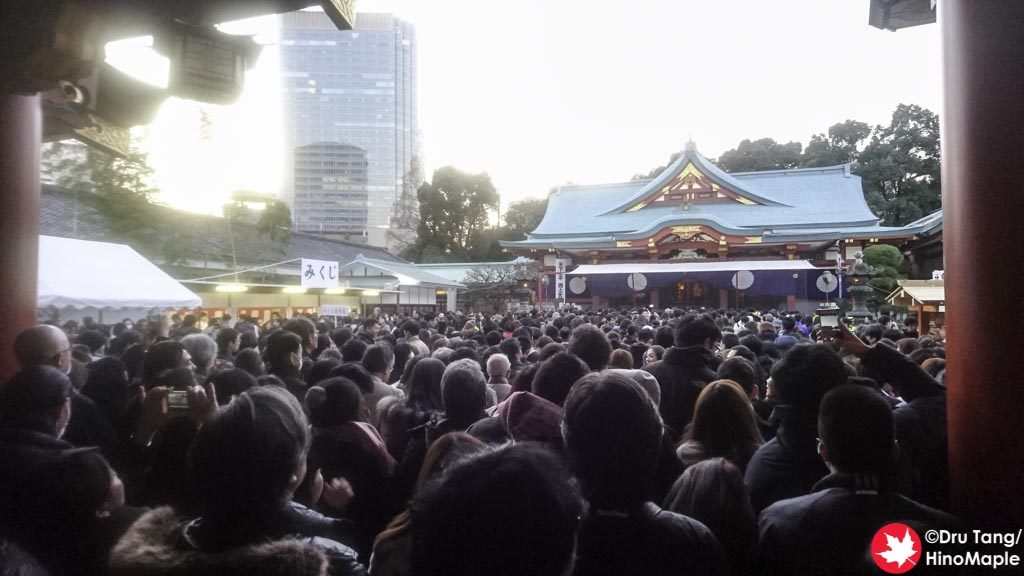 After my prayer, I headed to the side to get an Ema.  Ema are special wooden boards that cost between 300 and 3000 yen depending on how elaborate it is and the size.  This year is the year of the rooster, so almost all of them have roosters on them.  I really wanted one with a monkey on it, which is famous in Hie Shrine, but being the New Year, they had rooster themed Ema to coincide with the year of the rooster.  It is actually a good time to put your wishes up on the Ema as they have a lot of markers to use and they are pretty full. 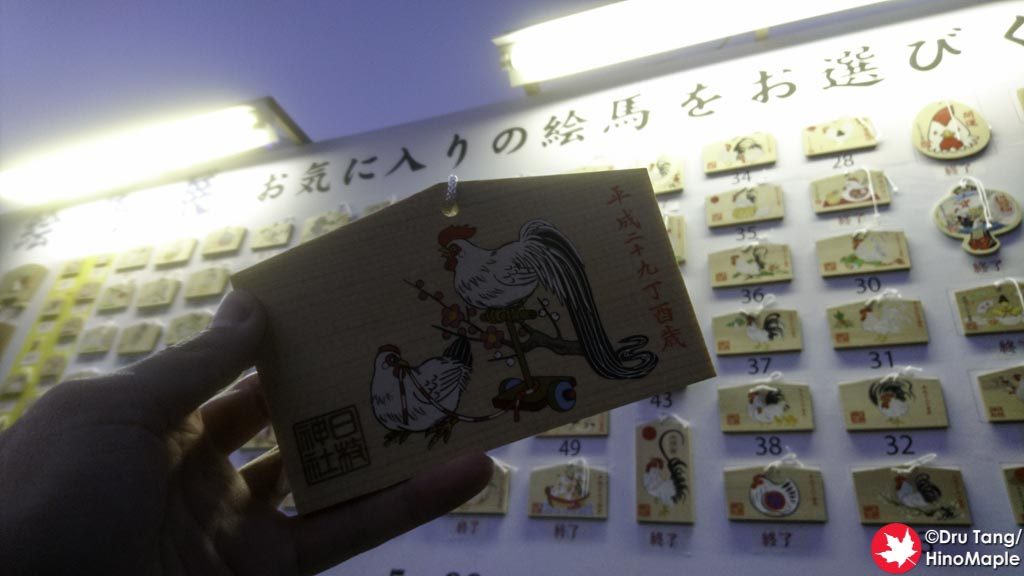 For Ema, many people will use it for personal wishes, such as finding a boyfriend or girlfriend, or even to do well on tests or in their jobs.  Mine was both personal and business oriented.  You write your wish on the back of the board as well as the date and your name.  You can use English if you’d like.  If you are superstitious, you should write your wish and then hang it on the rack with other Ema.  If you are not, you can always bring it home as a souvenir, but that is really strange and goes against traditions.  I didn’t want to break traditions or anger the gods so I just took photos of it and hoped that was okay. 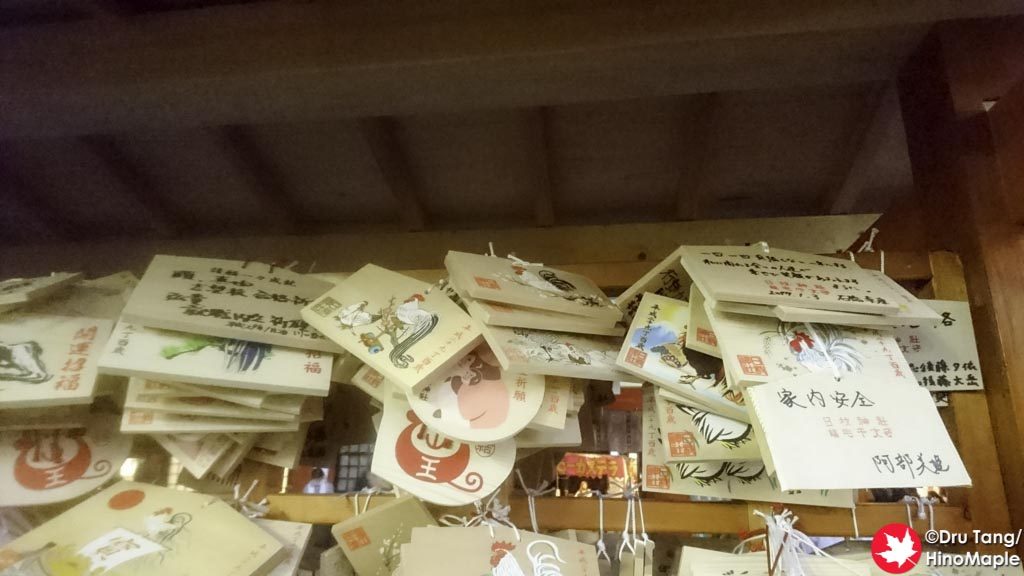 I hope you all will have a wonderful and Happy New Year and that it will be even better than 2016.  I hope that I can bring you all more stories about Japan and different areas of Japan this year!