To me, Central City Brewers is one of the biggest names in Vancouver’s craft beer scene.  Are they the best?  Perhaps not but they are one of the best known names within the city.  Central City does have a special place in my heart as they are actually from Surrey, a large suburban city of Vancouver.  I grew up in Surrey and I really want them to succeed and by the looks of things they are doing very well for themselves. 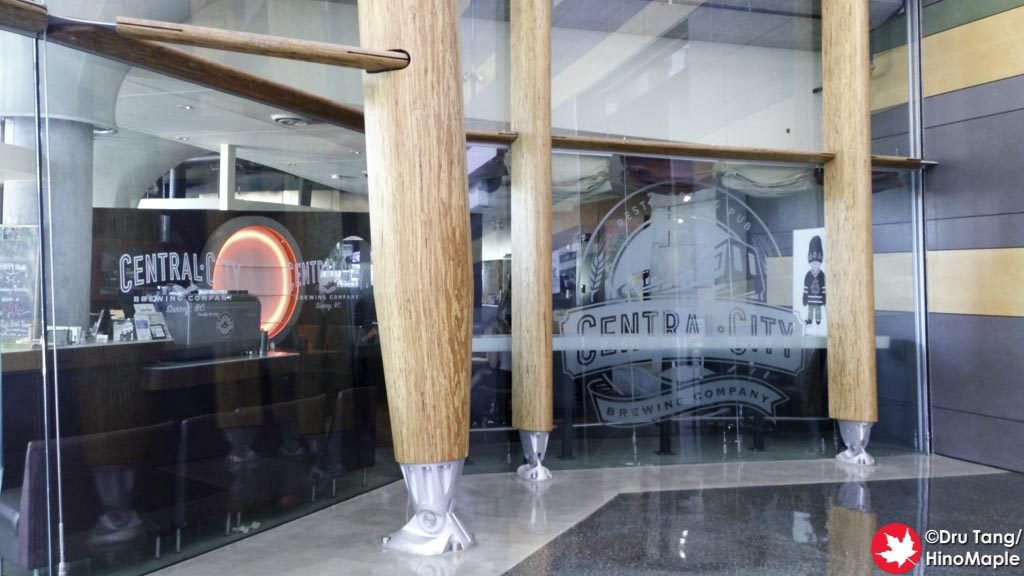 Since I grew up in Surrey, I have a lot of friends there.  It isn’t hard for me to ask my friends to take me to craft beer shops and a stop at Central City was important.  Known to me by what it was called when I was a child, the Surrey Place Mall was rebranded as Central City and that is how the name Central City Brewers came about.  Their main taproom is located in Central City next to SFU’s Surrey Campus building and it is a nice place. 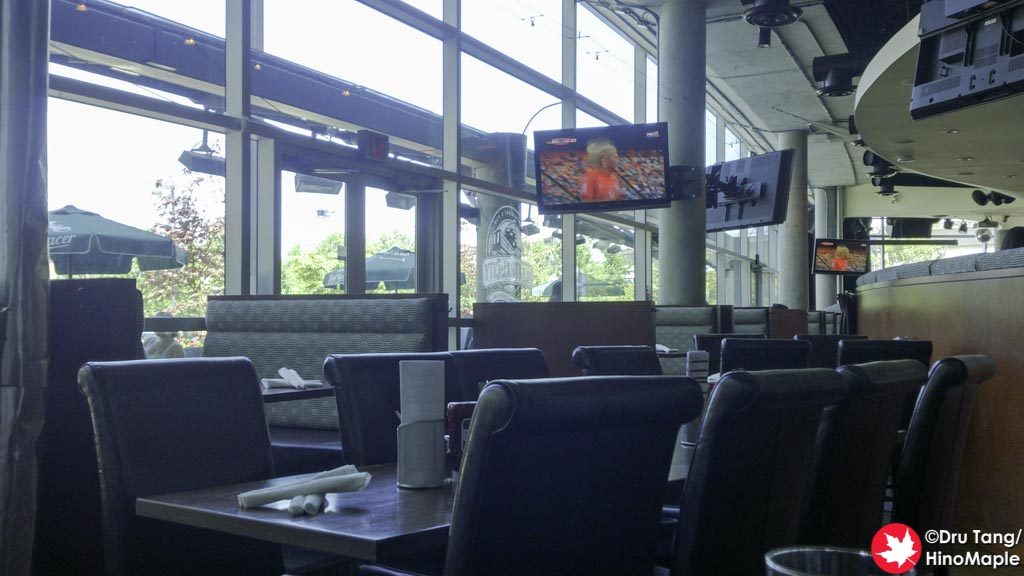 The main taproom is more alike a restaurant than anything else.  I went there in the afternoon and it was nice and quiet.  I was there with my long-time friend “R” and we had a good time catching up and watching football on the TVs.  (Note:  This is the same R that was with me in Portland)  It was a lot of fun and the food was pretty good too.  I grabbed a burger as I am often wont to do.  The burger I had was good and the yam fries were great too; nothing like a good big sloppy burger within days of returning home to make you feel happy. 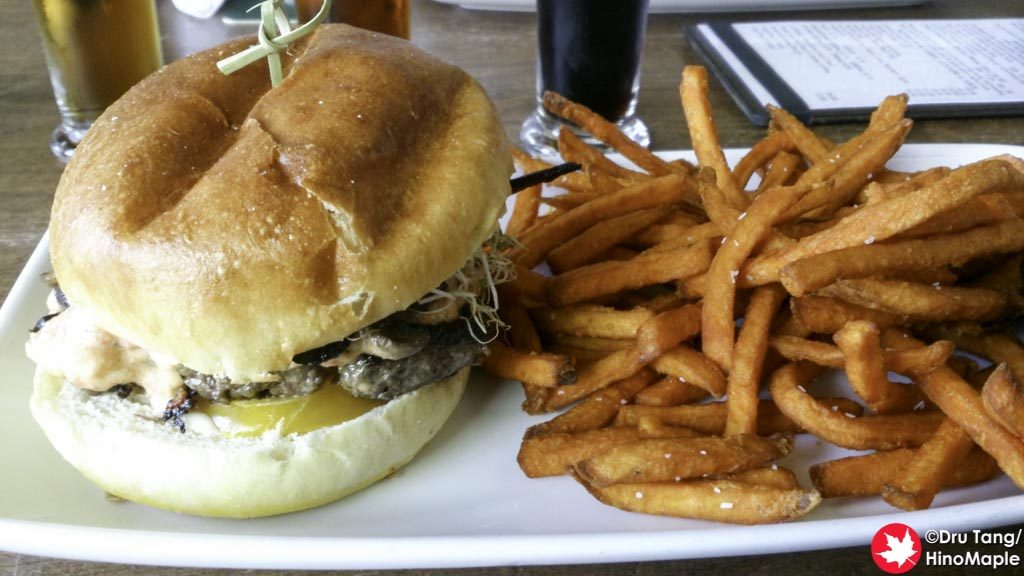 If you are into tasting a variety of beers, do ask for a flight.  Even though it wasn’t on the menu, it is available if you ask.  My only problem was that it was at the start of my trip and while I wanted to try various beers, I ended up not enjoying flights.  Flights of beer are great for certain people but it isn’t for me.  You can’t really enjoy beers properly as the beers come out all at once and they warm up.  They aren’t as cold by the time you reach the last one and you have to drink them all very quickly.  I realized that drinking a half pint or a full pint allows the beer to warm up slowly and you can get a completely different experience; this lead to me feeling that Central City beers were not special. 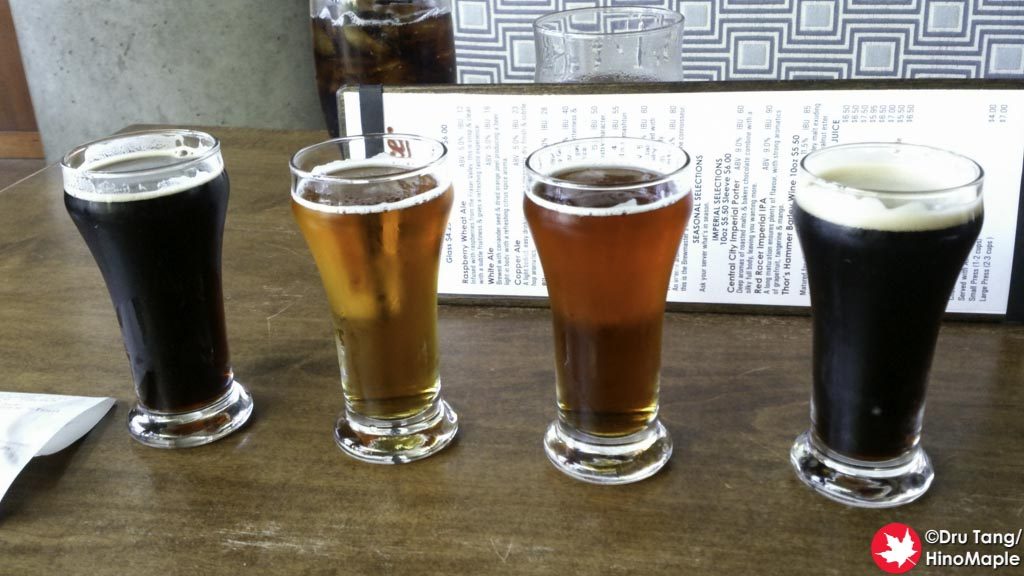 I always crave something unique when visiting breweries and while Central City does offer a great selection of beers, I was not surprised by it.  I was really happy with the beers and would proudly say that the beer is good but when I visit a taproom I do crave something crazy and experimental to satiate my picky needs.  Do not read my skewed feelings as saying Central City is not a good brewery.  This is far from the truth as they are really good and the standard beers are really good.  I would happily drink more of it in the future and you can be sure that I will be back again when I am visiting friends in Surrey. 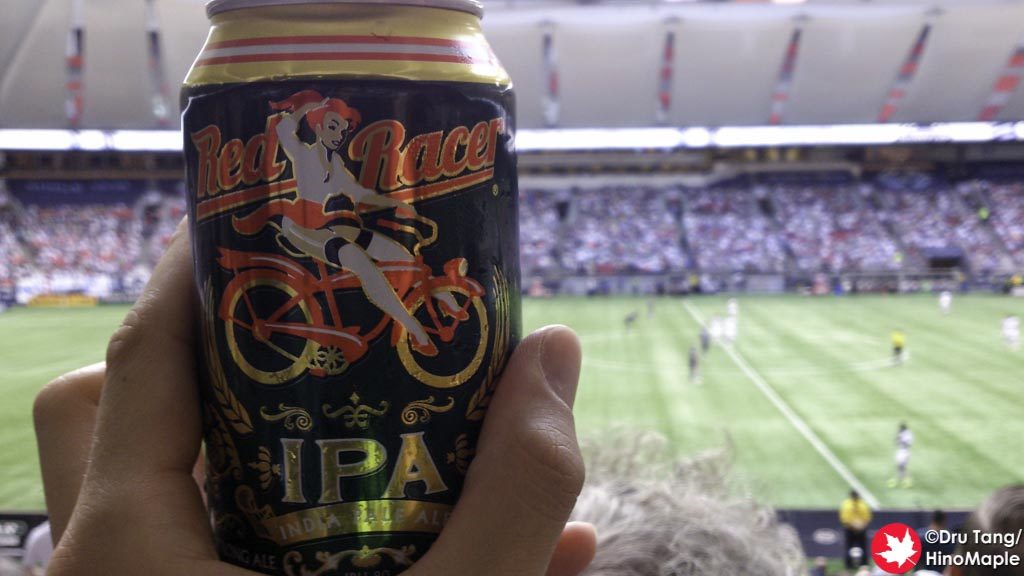