The summer edition of the 2016 Setouchi Triennale has ended and during the summer edition they had a Thai Factory Market.  It was only for a couple weeks but I was lucky enough to be able to visit.  I really loved this event and felt that it livened up the entire festival.  It was a nice place to hang out while waiting for the ferries as well as to keep returning as Takamatsu would have something to do every day.  Even though I was seeing the same things over and over again, things kept evolving and it was still a unique experience every time I went. 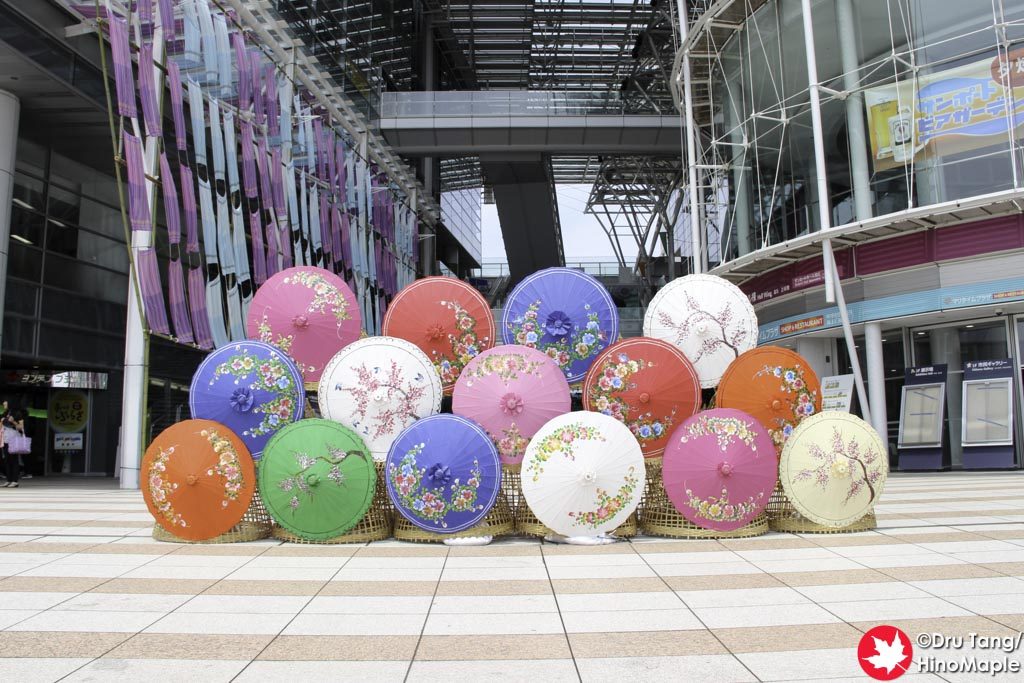 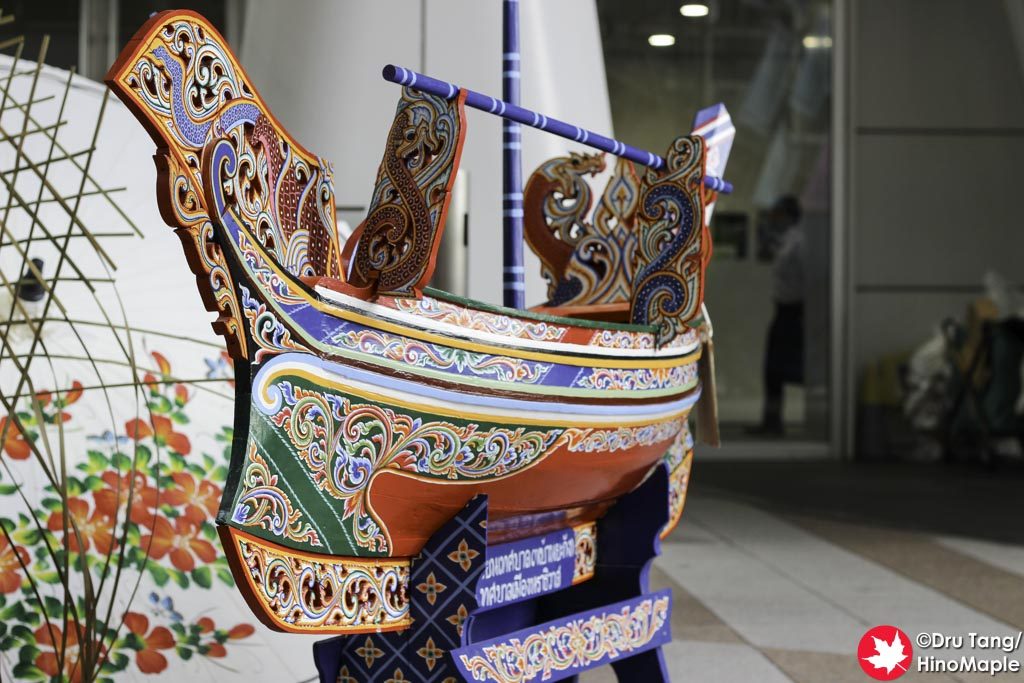 Like everything with the Setouchi Triennale, everything was art related.  They brought Thai artists to Takamatsu to show us how they create their art.  They did everything from painting traditional umbrellas to crazy looking masks.  They even had a demonstration on how they created silk, complete with silk balls ready to be spun.  I was grateful to be there for the final week and I could watch as all of the artwork was completed.  Most of the artwork was already started but watching as they put the finishing touches was a lot of fun. 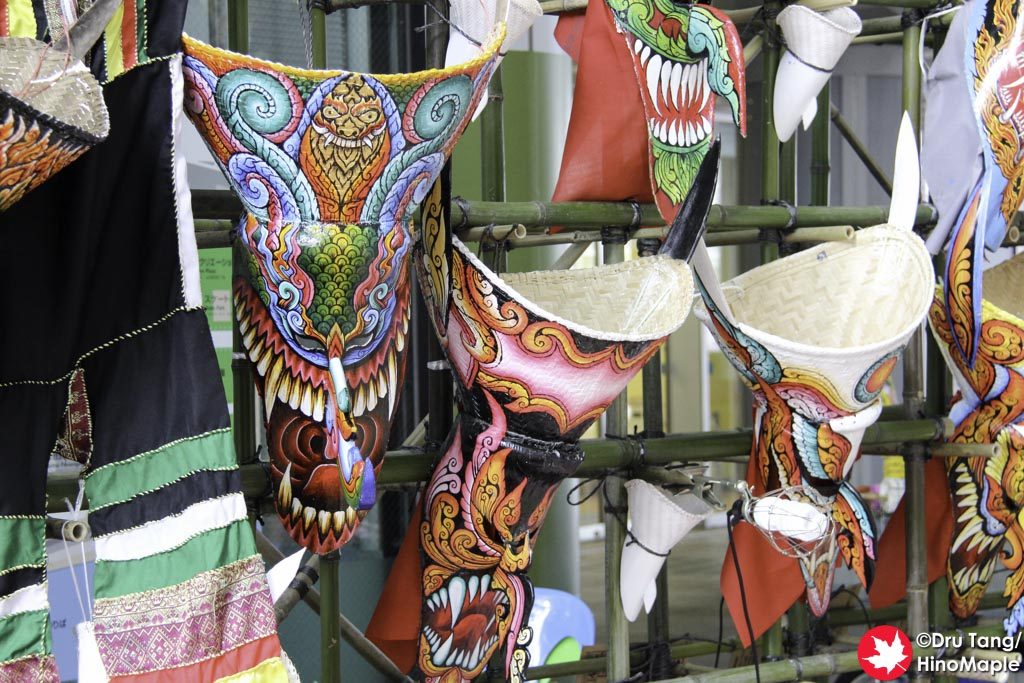 Masks at the Thai Factory Market 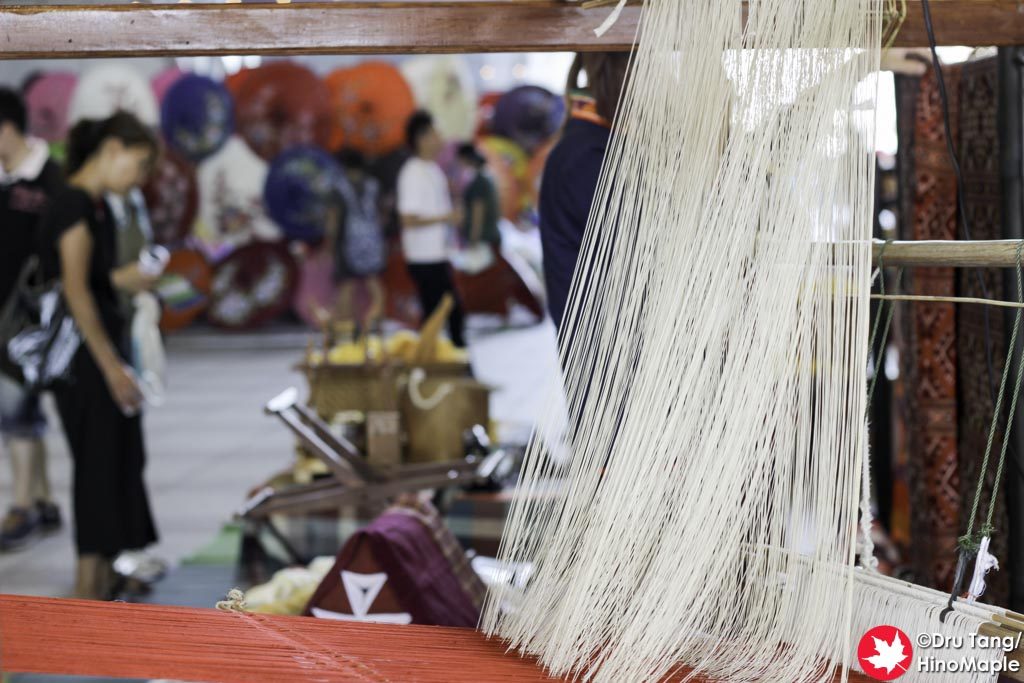 Weaving at the Thai Factory Market

There was also a large open area behind the Maritime Plaza.  They added some beautiful cloths to provide some shade and they even had a seating area.  At first, I thought they had bamboo seats, but it turned out to be tables.  We were supposed to sit on the floor and use the Thai pillows.  The Thai pillows were really interesting but not very comfortable for me.  They are triangular and you can use them any way you wish but I found them a bit too big or a bit too small for what I wanted to do. 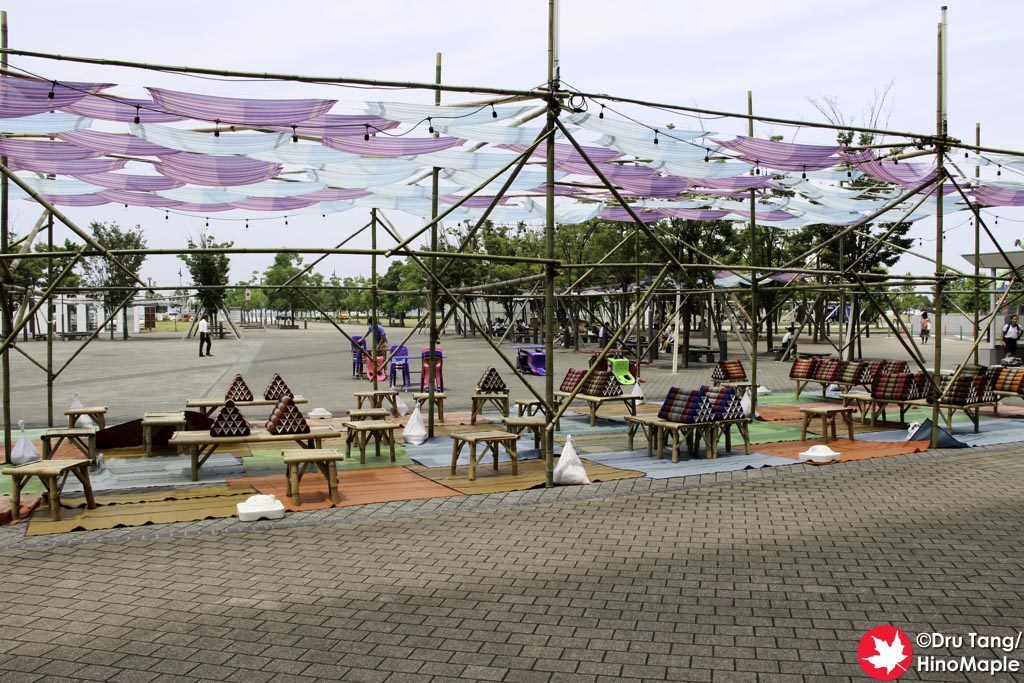 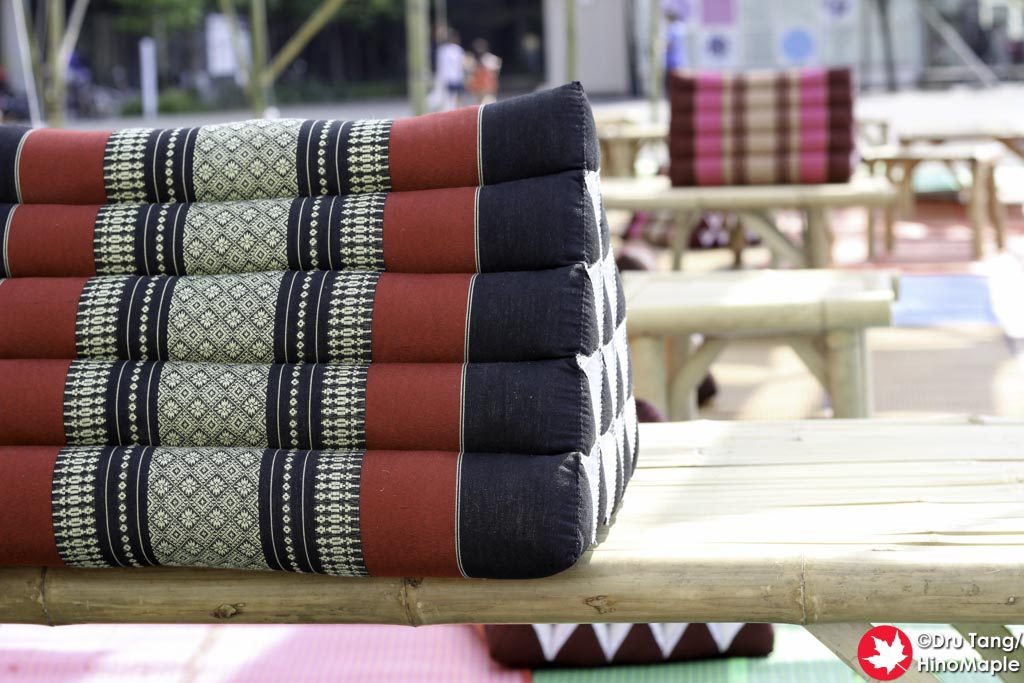 During the Thai Factory Market, they also had Thai dancing.  They brought out several groups to do various dances.  I had never seen a Thai dance and was interested in what would happen.  I have often seen photos but without seeing it in person, it was a bit difficult to understand.  From what I did understand, from the explanations, the dances were both traditional and modern.  They started with more traditional dances. 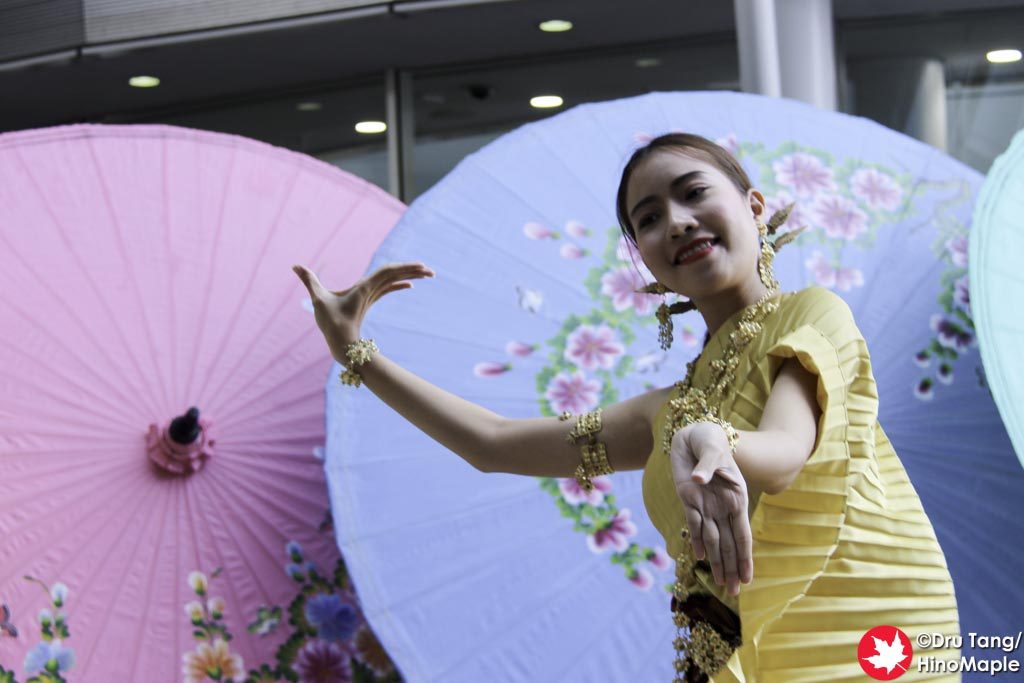 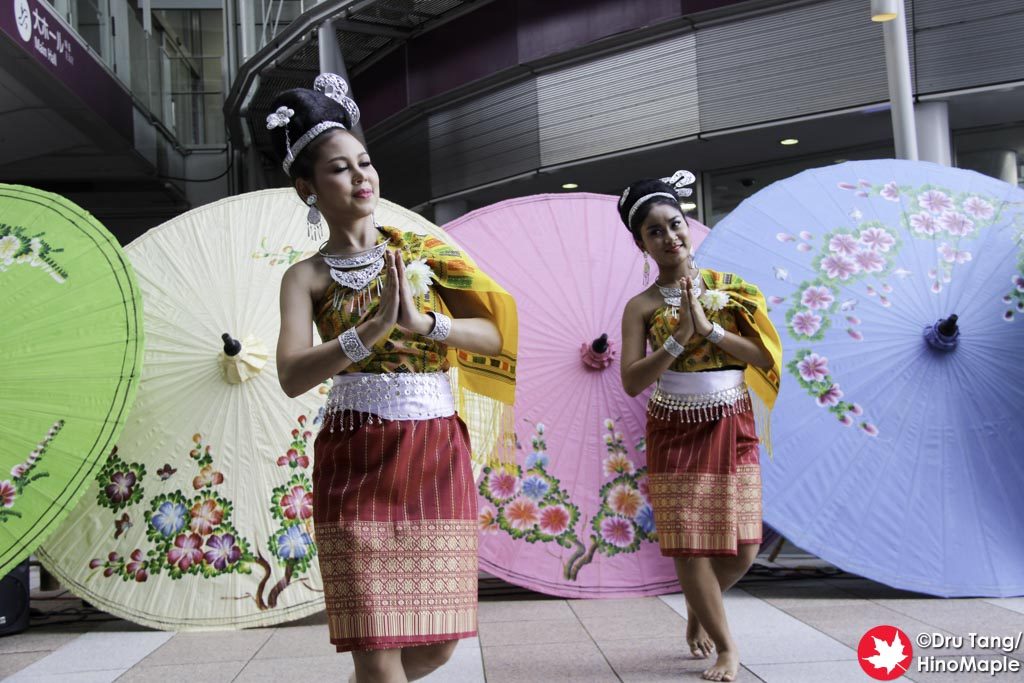 One of my favourite dances was a single woman dressed like a bird.  She did a simple dance and to me it appeared to be telling a story.  Most of the other dances didn’t really seem to do much but hers seemed to have more meaning. 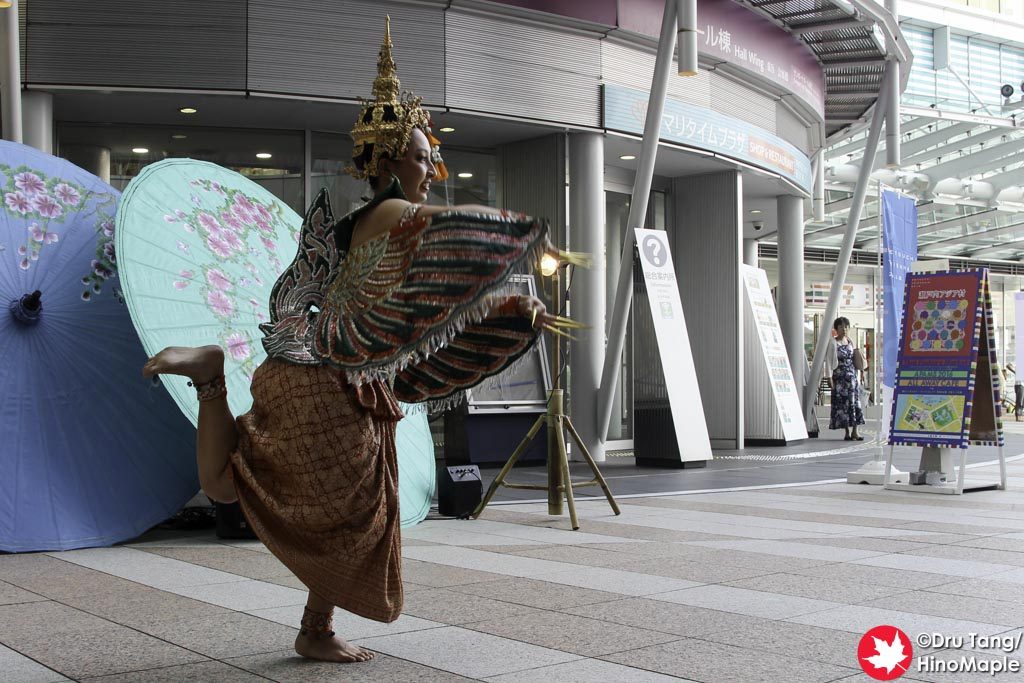 The dances continued to get more modern until they ended on a dance that appeared very modern.  The dresses were shinier and the dance was simpler.  The dancers also didn’t seem to know the dances as well as the older dances.  It was still fun to watch but not quite as interesting as the older looking ones.  From what I heard, they also change the dances a bit from performance to performance so you could have seen many different dances throughout each day, and possibly on different days as well. 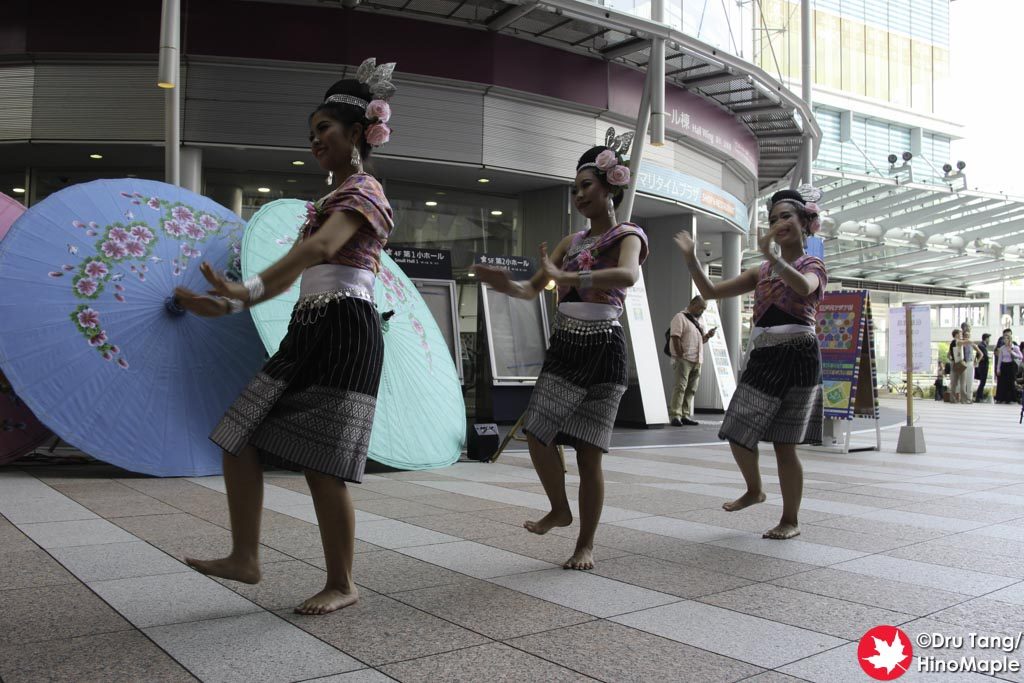 The last day of the festival was the sale day.  During the entire Thai Factory Market, you could purchase any and all of the items being made.  I was interested in buying things but since I was flying back to Tokyo and only had a backpack, I didn’t want to buy anything big.  Most of the items were better suited for people living in Takamatsu.  I doubt I would be able to bring the tuk tuk back to Tokyo, at least not easily.  I wasn’t able to watch the final auction either as I was busy in Uno at that time. 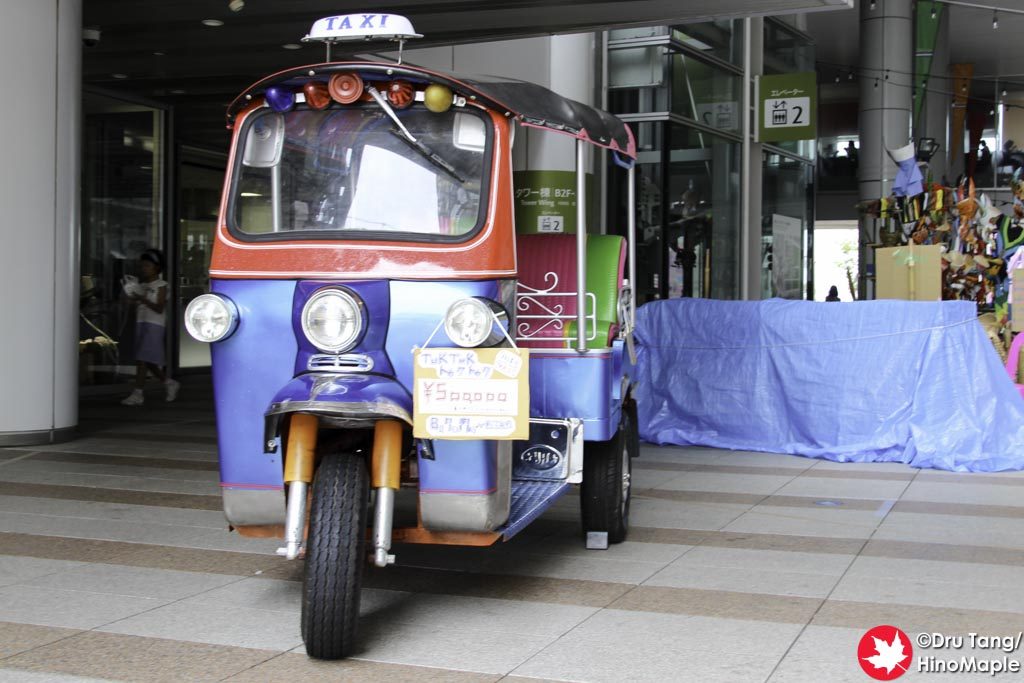 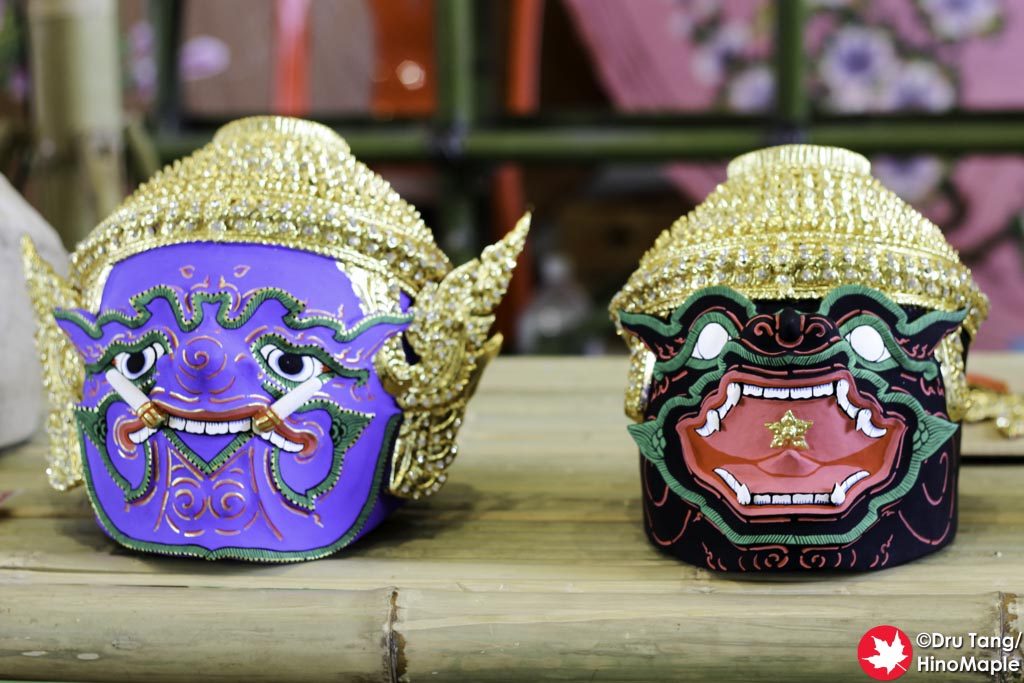 The entire Thai Factory Market was a wonderful experience.  I wish they had something similar during the entire Triennale.  It is a bit difficult to do so, especially with expenses.  It would be great if they had some of the local artists doing something or even food events with local restaurants.  There were several festivals by the wharf that did have local foods but nothing that was “local”.  It was mostly fusion foods and other typical festival foods, but nothing related to the Triennale.  It would be great if they could find some kind of event to hold at Symbol Tower all the time during the Triennale as it is a pretty dead place otherwise. 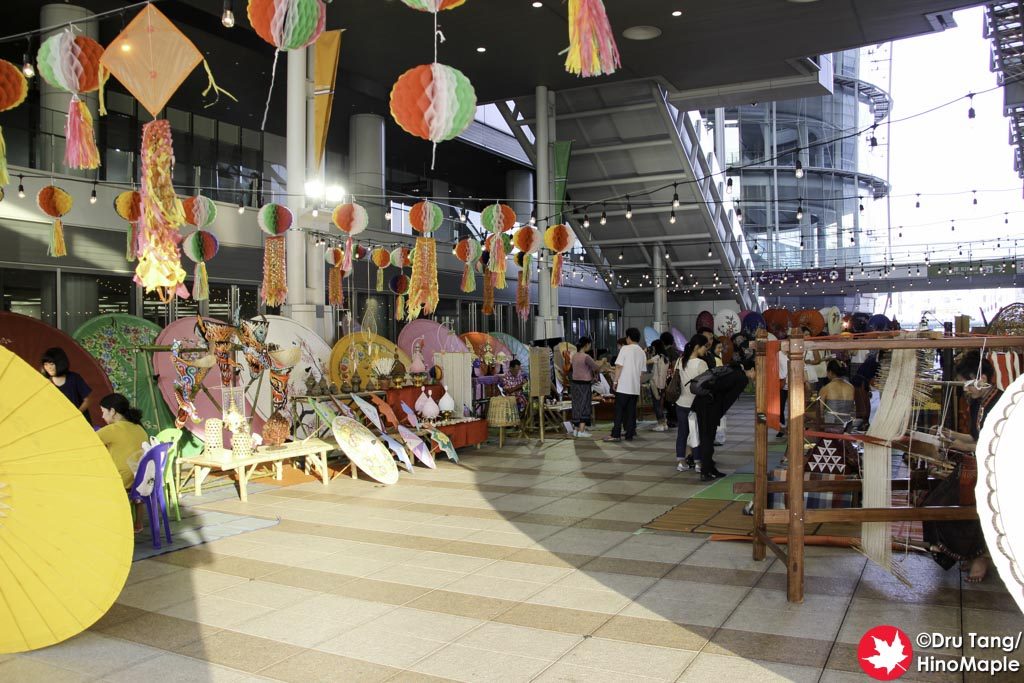