Callister was the newest brewery when I visited Vancouver.  It was so new that I stopped by before their taproom was open to the public.  I even visited on the first week they were open.  Located just a stone’s throw away from Powell Street Craft Brewery, they are in a small location and they had a very open door policy when it came to what they were doing.

I first got a tip to visit Callister from a friend of a friend over at Coal Harbour Brewing.  I decided to contact Callister and ask about his brewery and he invited me to come down and take a look.  I was really excited to see their entire operation and it looked amazing for the scale.  It was everything I would want to do if I had money to start a brewery.  They have a small setup for brewing and about 4 tanks for the beer.  Once it is done they move it all to kegs and keep it in their fridge.

Callister Brewing Company is not a single company, but 4 companies rolled into one.  Callister is the main company and the head brewer/owner Christopher Lay does a lot of brewing but he also has 3 other companies producing beer under his company.  At the time of visiting, they had Machine Ales, Brewery Creek Brewing, and Real Cask Brewing all under one roof.  They each produce their own beers and they all have their own unique abilities. 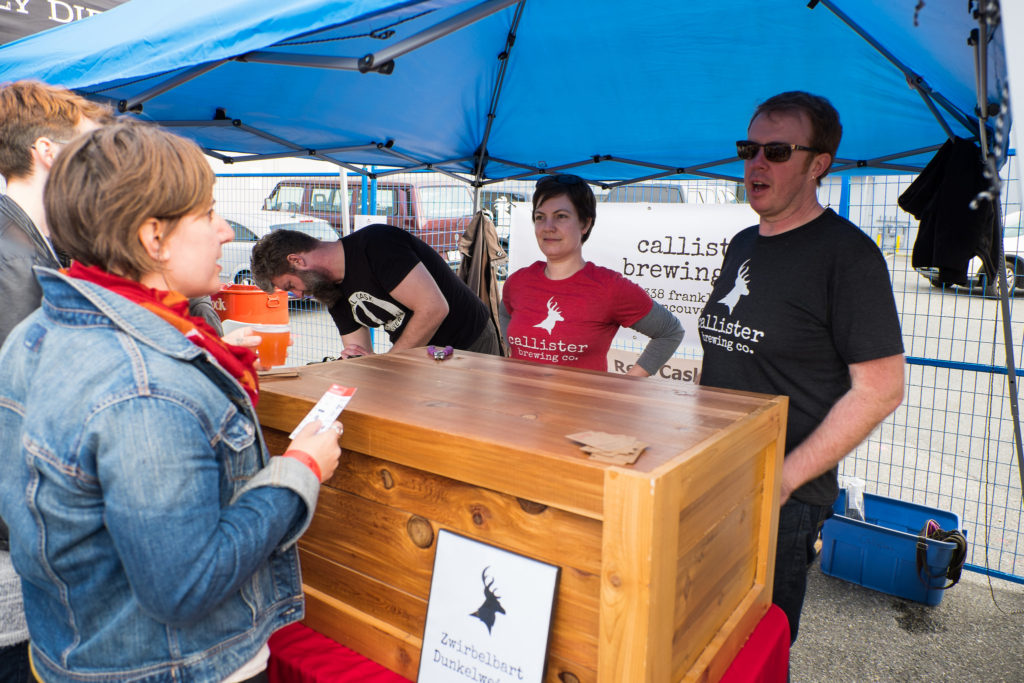 Callister has one of the best mixes of beers.  At the time of writing, they were focusing more on European beers, but they also had an Apricot Ale when I visited in the summer of 2015.  Machine Ales focuses on IPAs, while Brewery Creek does Belgian style beers.  Real Cask Brewing, as the name implies, is focused on real ales and they even have a couple of hand pumps.  If you don’t drink beer, you can easily get a soda or two which Diana McKenzie, the other half of Callister, made. 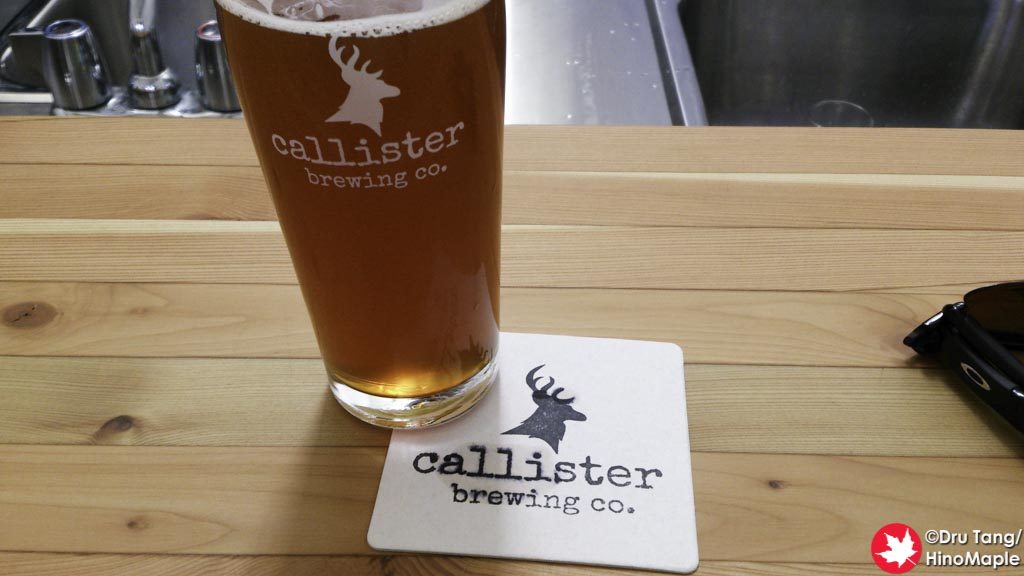 Callister was just a baby when I visited and I hope they are much bigger now.  It may have been that they were still new, but on a weekday they still only had a few people there, including me.  The taproom is not the largest but it does the job very well.  The design and work that went into the bar was really good and I will be back again when I return to Vancouver.  I can’t wait to see how things change the next time I return.