Steamworks is a very old institution in Vancouver.  It has been around for quite a while and has an interesting history.  The name actually comes from using old steam pipes from the original building to brew their beers.  The main brewery is now in Burnaby but the brew pub is still going strong and it is still very busy. 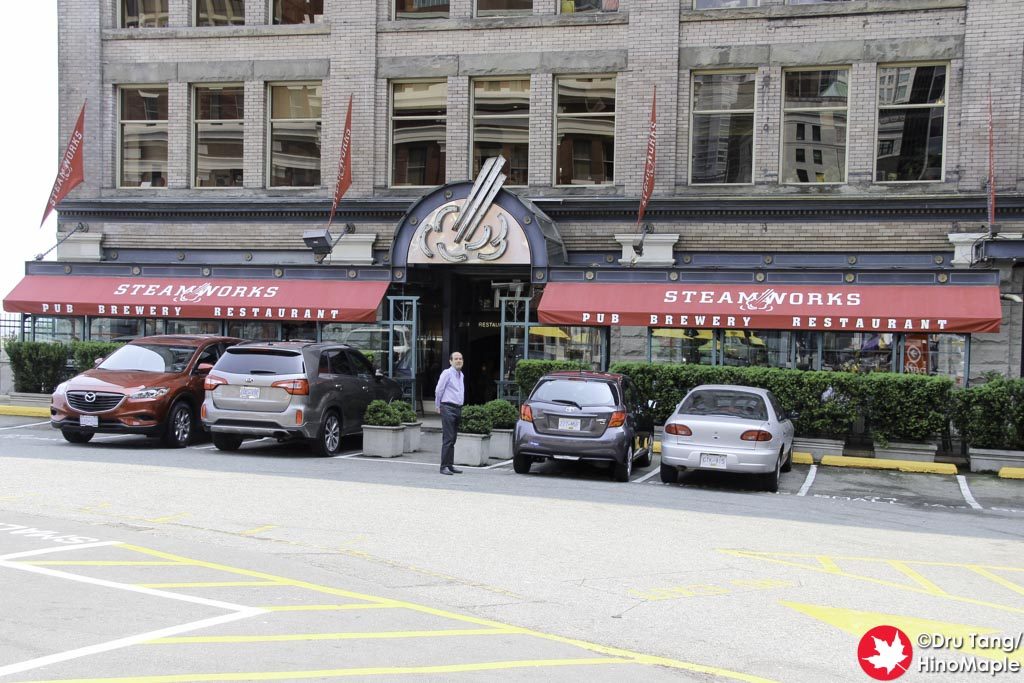 When I visited, I was visiting with an old high school friend, “M”.  We had been homeroom buddies for the longest time and we always try to meet up when I am in town.  I went a little early to check out the bottle shop that is next door to the brew pub.  The bottle shop is great and there is a great selection there, but unfortunately I couldn’t buy anything because I didn’t want to lug it around with me and I had no time to drink it. 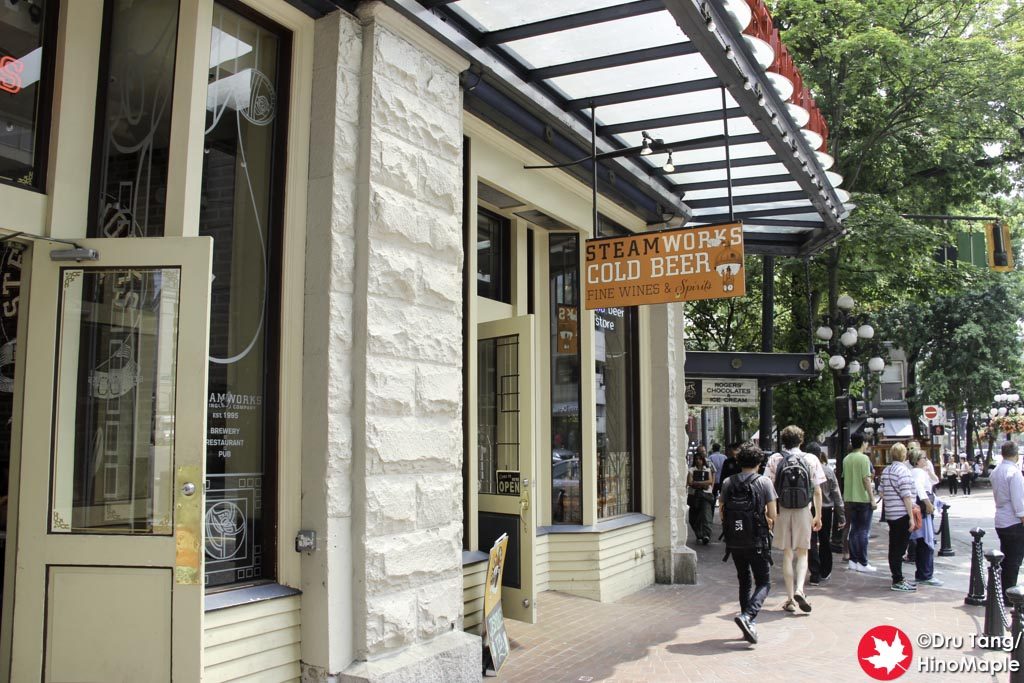 The main brew pub is a little confusing.  There are 3 entrances with one for the patio, one for the bar, and one for the restaurant.  The patio is pretty busy, especially on a sunny summer’s day, so we couldn’t get in.  We ended up going to the restaurant area and then seated in the bar area.  It wasn’t the best seat in the house but we couldn’t complain as the place was just very busy. 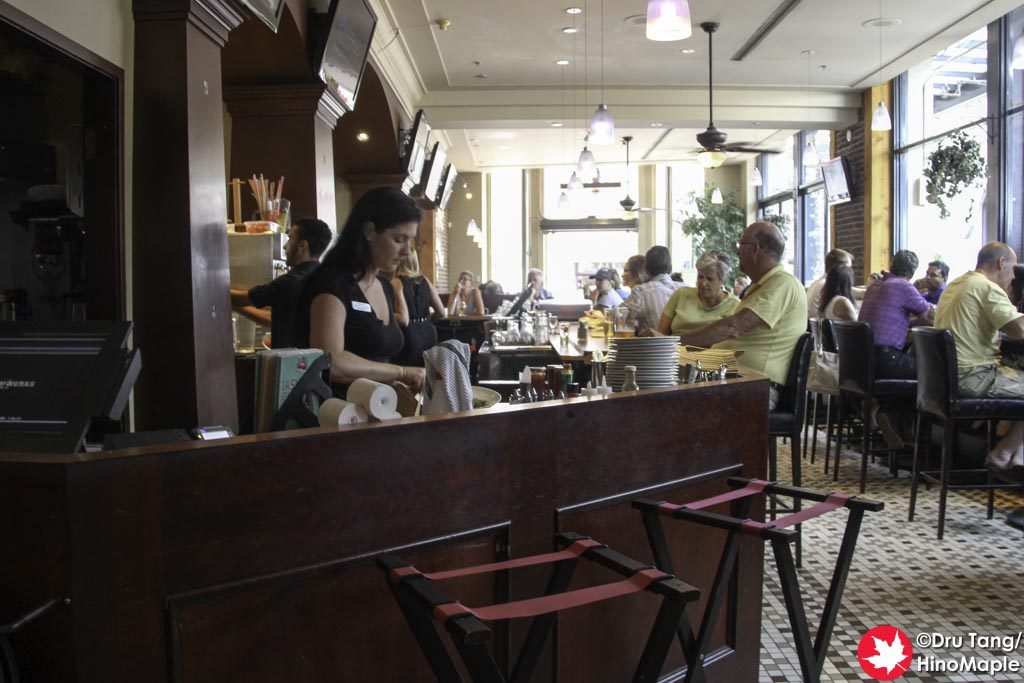 For food, I was craving a burger so that is what I got.  It was a good burger that was big, dripping in juice, and made my hands sticky as ever.  I liked it but it was a little too messy.  I would definitely get it again but a trip to the washroom was definitely in order to wash my hands afterwards. 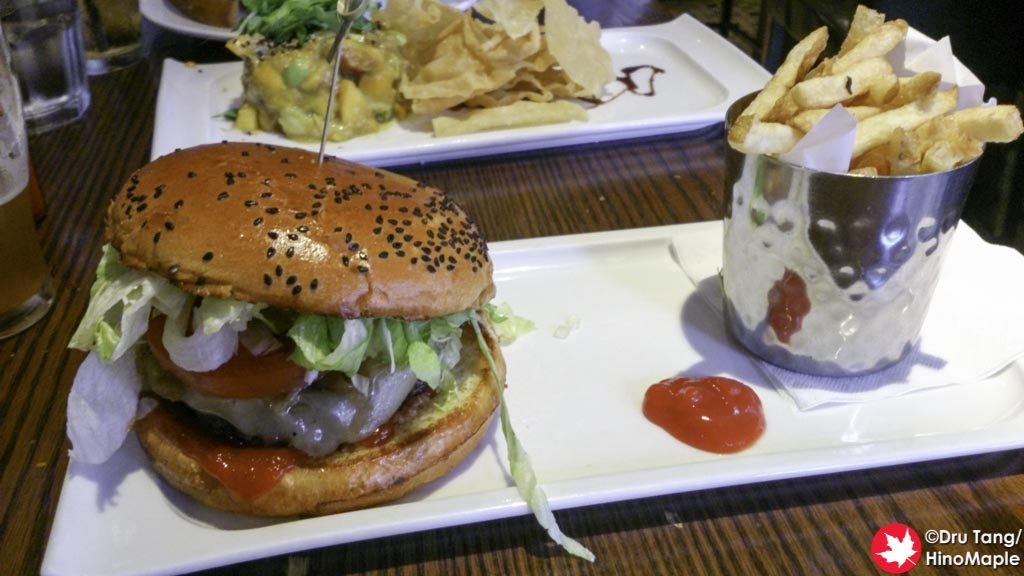 Of course I started my drinking with an Empress IPA.  I often judge breweries based on their IPA as those are what I like the most.  If it isn’t good, the brewery isn’t for me, but it doesn’t mean the brewery is bad, they just don’t make beers I want.  The Empress IPA wasn’t particularly interesting and didn’t stand out a lot but it wasn’t bad.  I really liked the Killer Cucumber Ale which, as the name says, is a Cucumber Ale.  It was really good and refreshing on a hot summer’s day and it made me happy.  I also had their Jasmine IPA at a different shop and it was also really good. 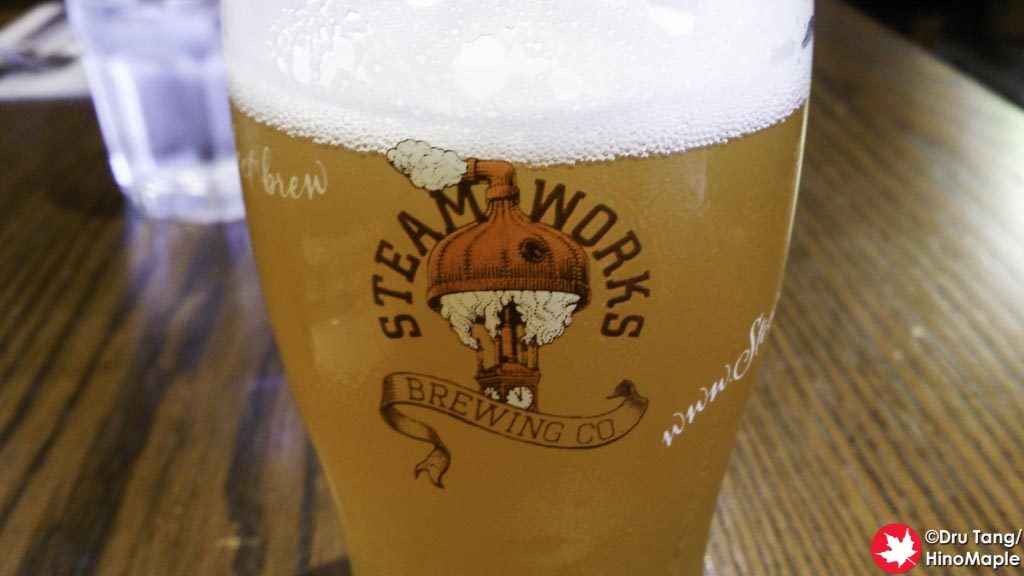 Steamworks is a great place to grab a pint and some food.  I would love to go back again with some friends but it probably won’t be on my list of places I must visit every time I return.  The restaurant is too busy for me so I will probably just grab their beers at the bottle shops or in other bars instead.  If you are in the area, be sure to check them out for the standard west coast pub fare.