When having a somewhat long layover in Narita, the best use of your time is to go into Narita to visit Narita-san.  In order to get to Narita-san from either the Keisei or JR Narita Stations, it is best to walk along Omotesando.  It is a really nice heritage style street with a lot of shops along the way.  It goes all the way to Narita-san and you can get all of the traditional, and non-traditional, crafts and foods along the way. 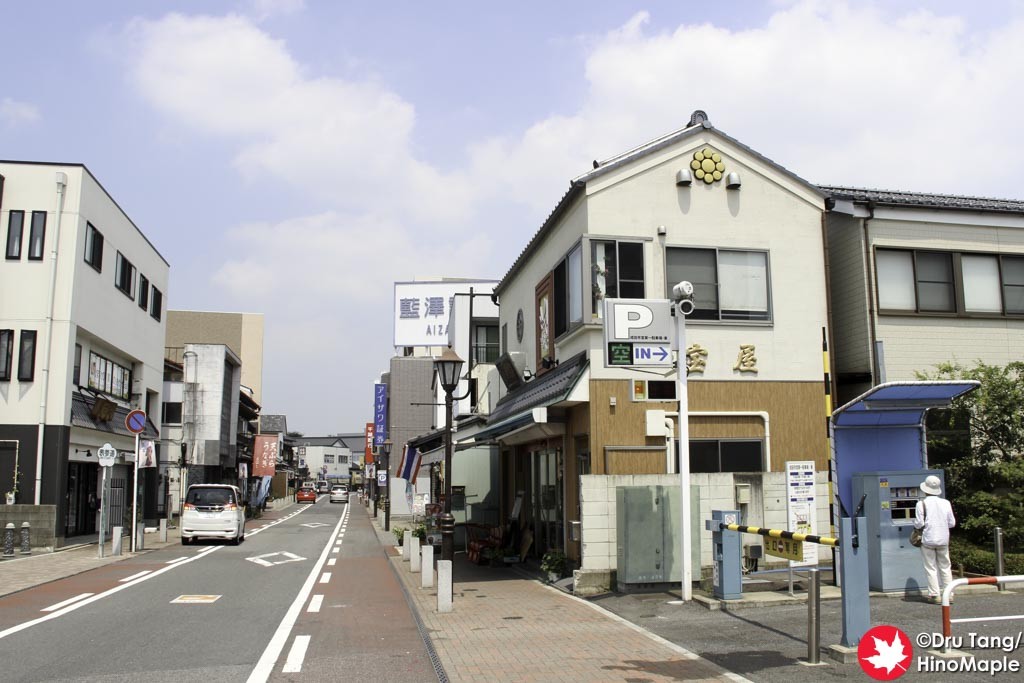 Near the Entrance of Omotesando

The entrance to Omotesando is not very well marked but it is marked.  There aren’t any huge shops that easily identify the entrance but it is located between both the Keisei and JR stations.  Once you walk a little into Omotesando you start to see all of the shops.  It is definitely designed with both Japanese and international tourists in mind.  As I walked along, I could see some of the old kitchenware shops and souvenir shops that I would often see in the small towns of Japan.  They aren’t really my sort of thing but if you wanted to see all of the characters that represent Narita, you can definitely see them along Omotesando. 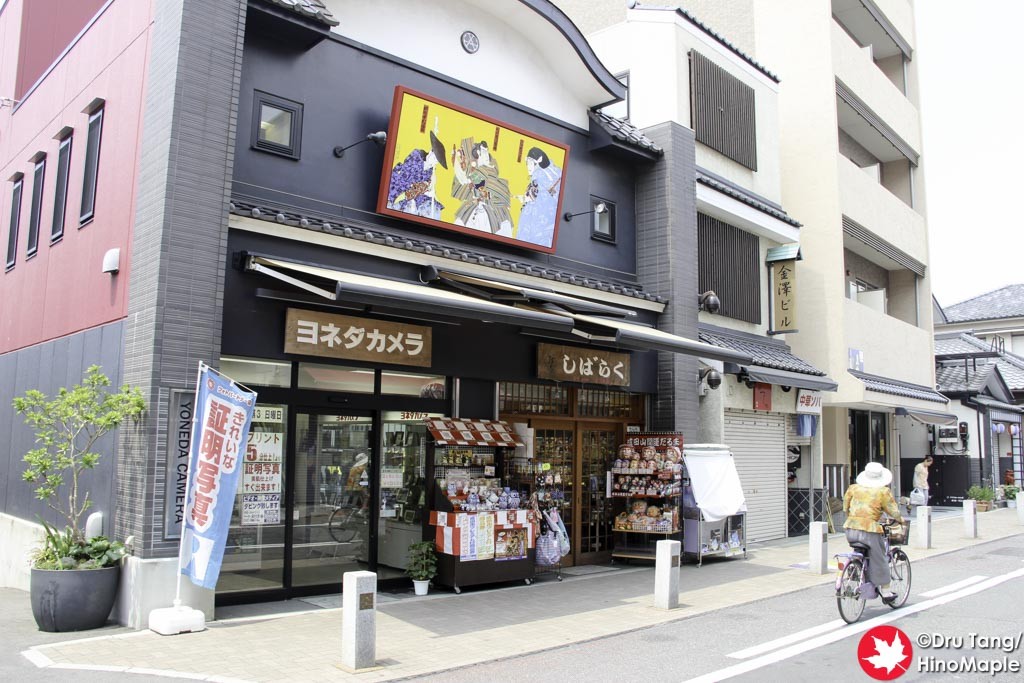 While the mascot characters of Narita are in many of the souvenir shops, most of Omotesando is lined with stone animals.  These animals represent the 12 animals of the Chinese zodiac.  It is a really fun thing to see and to search for your own animal sign.  I know I did but do be aware that there are many doubles and some of them are a little harder to find than others.  It was a fun thing to see along the route. 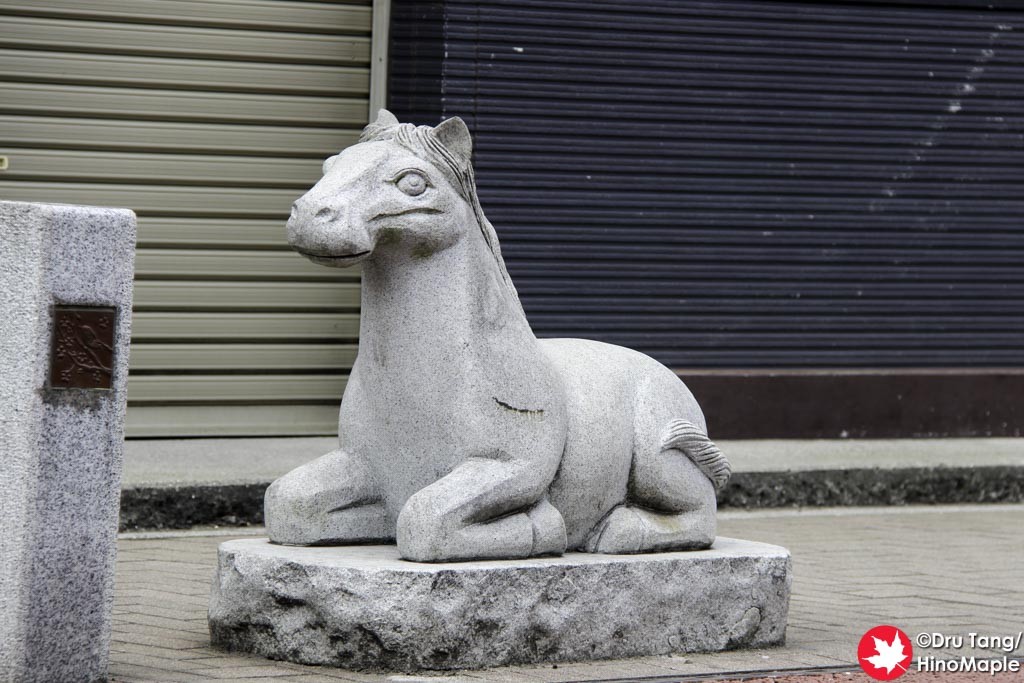 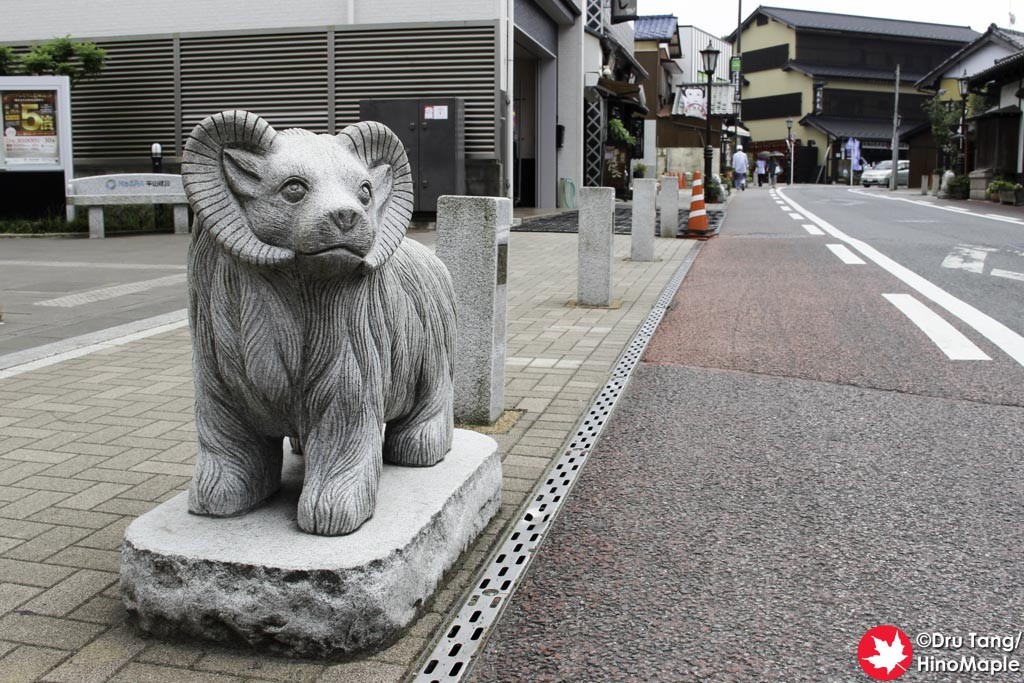 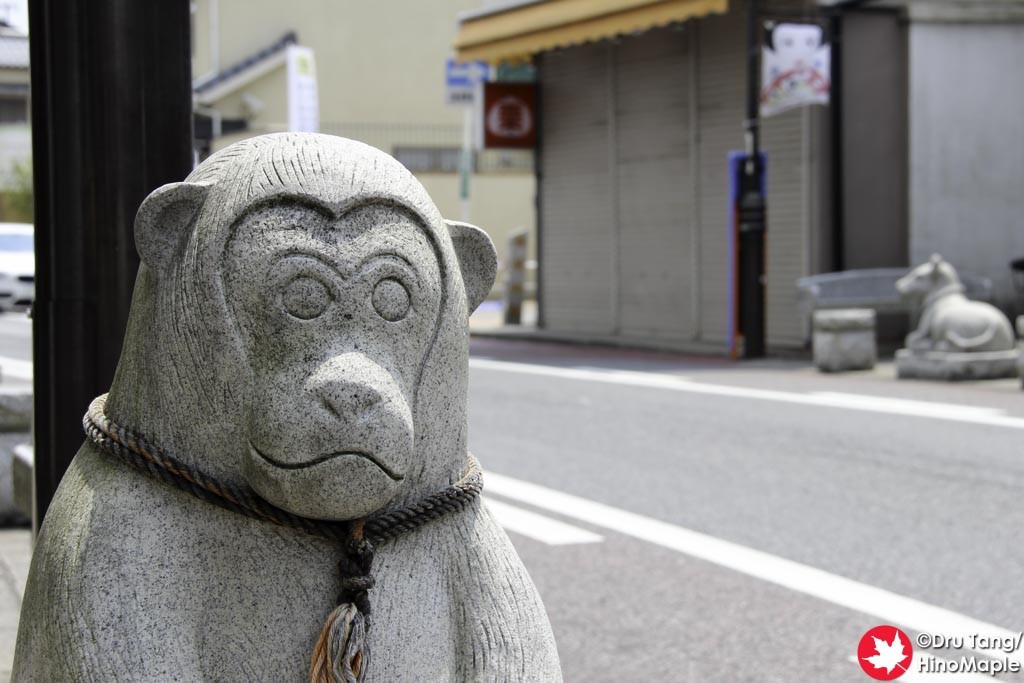 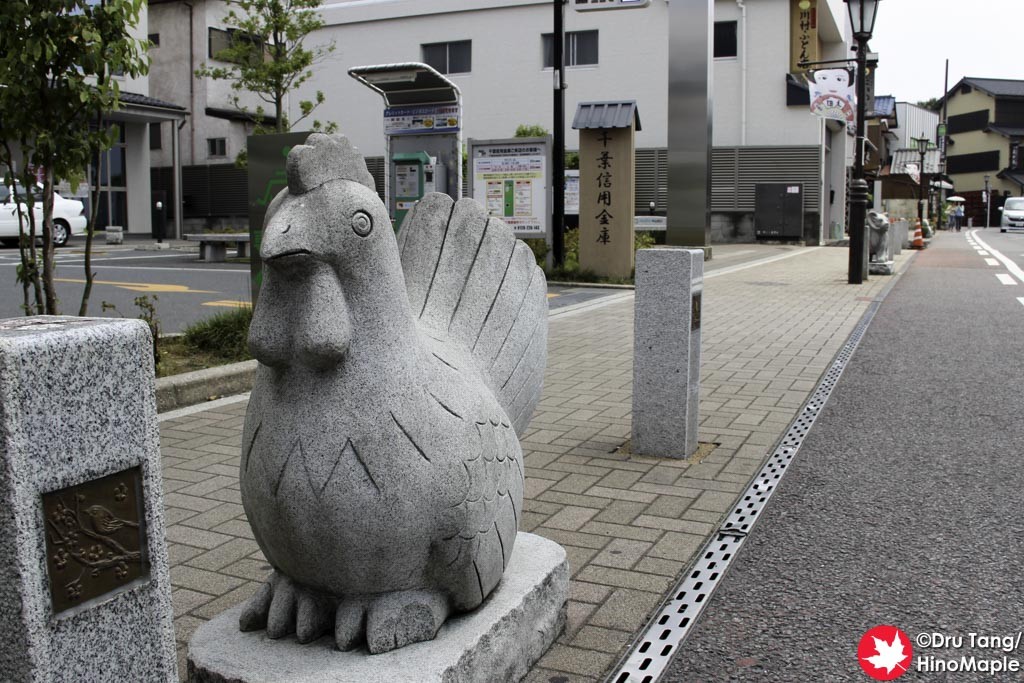 For tourists, the first major shop to visit would be the sake brewery.  There is a small one located at the main bend in the road that is nearest to the station.  The brewery really tailors itself to foreigners as they have a lot of English explaining how sake is made and the different types of sake that they have.  I’m sure that a lot of people who have a long enough layover in Tokyo make a quick stop here and sample some of the sake.  I never tried any of it but you can definitely buy a bottle to bring home if you are looking for something a little cheaper than duty free and definitely something regional. 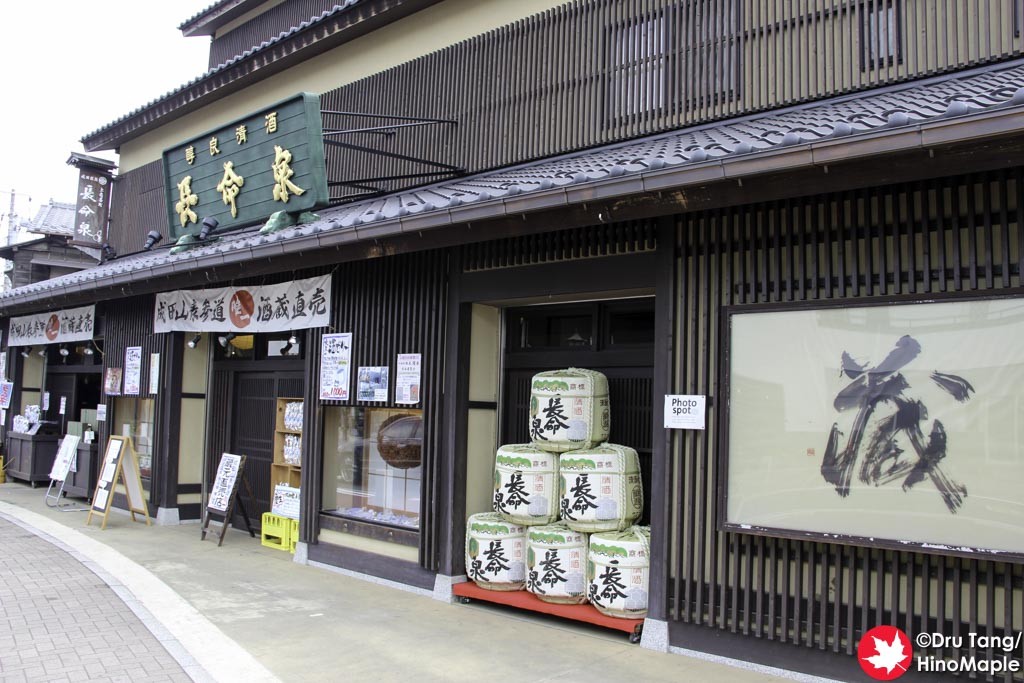 As you hit the fork in the road from the station, you need to bear right and head down the hill.  This is where you can find most of the food shops.  When I visited, it was in the middle of summer and it was sizzling.  I didn’t want to eat Japanese food as I was on my way to pick up my brother and I was sure that we would be eating a lot of Japanese food for the next 3 weeks.  I ended up eating at a Hawaiian restaurant closer to the station but if I wanted some traditional Japanese food, especially the unagi which is a specialty of Narita, I would have stopped in one of these shops. 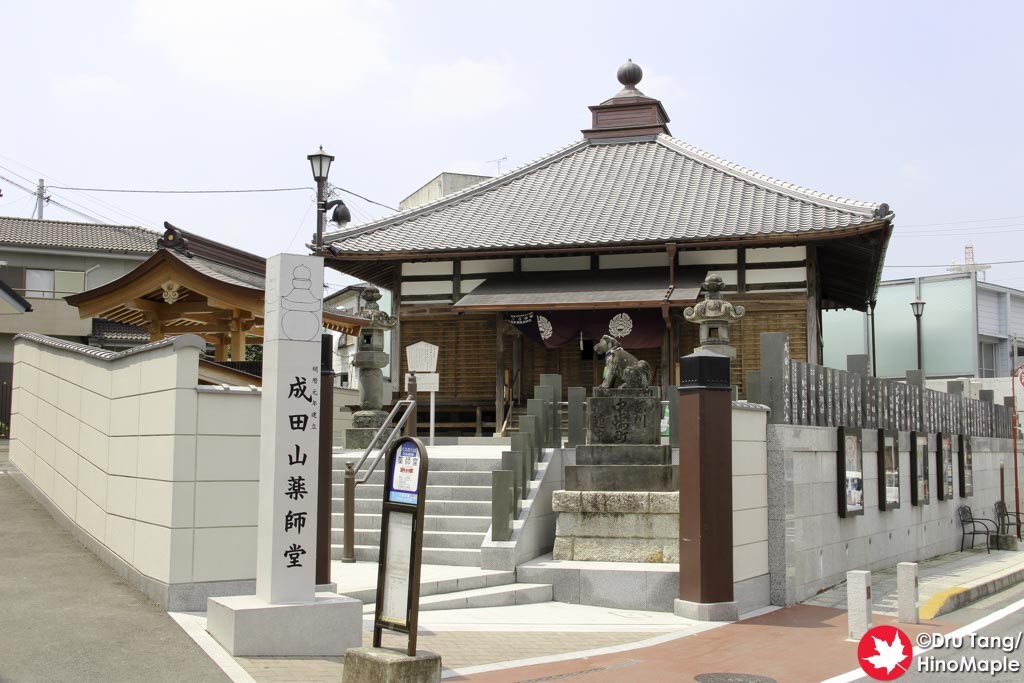 Shrine at the Fork in the Road 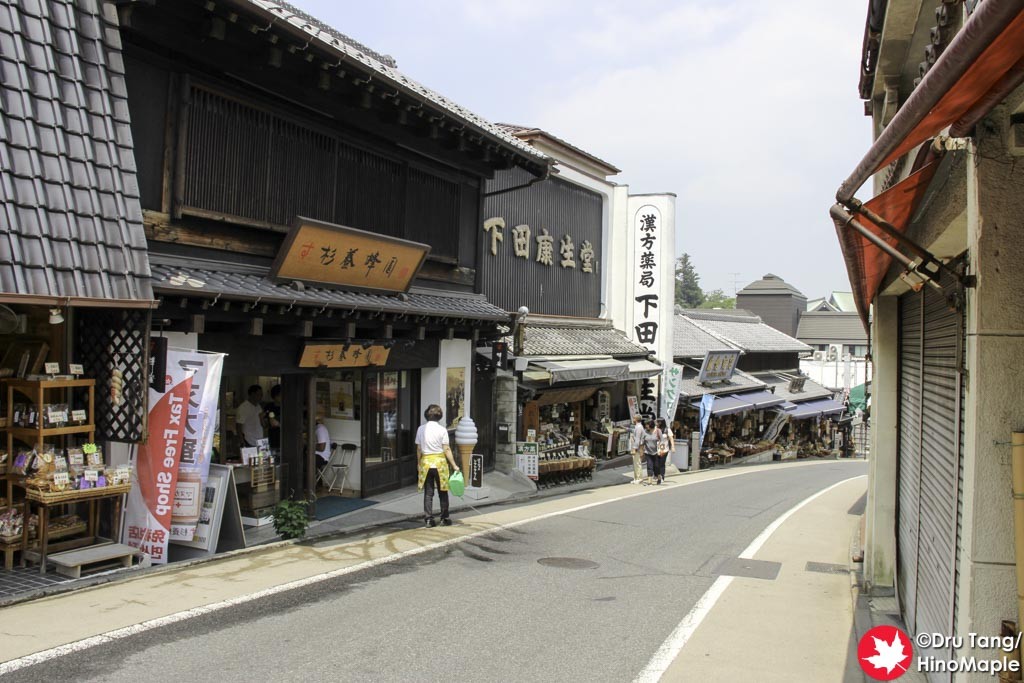 Omotesando is a good place to visit and if you only have time to visit Japan for a layover, Narita is as good as it gets.  You don’t have to travel an hour to get into town and you can see an old style city instead of going all the way to Kyoto or Kamakura.  While Kyoto and Kamakura are definitely more historical, Narita is good enough if you only have a layover or if you plan to spend a night in Narita before an early morning flight. 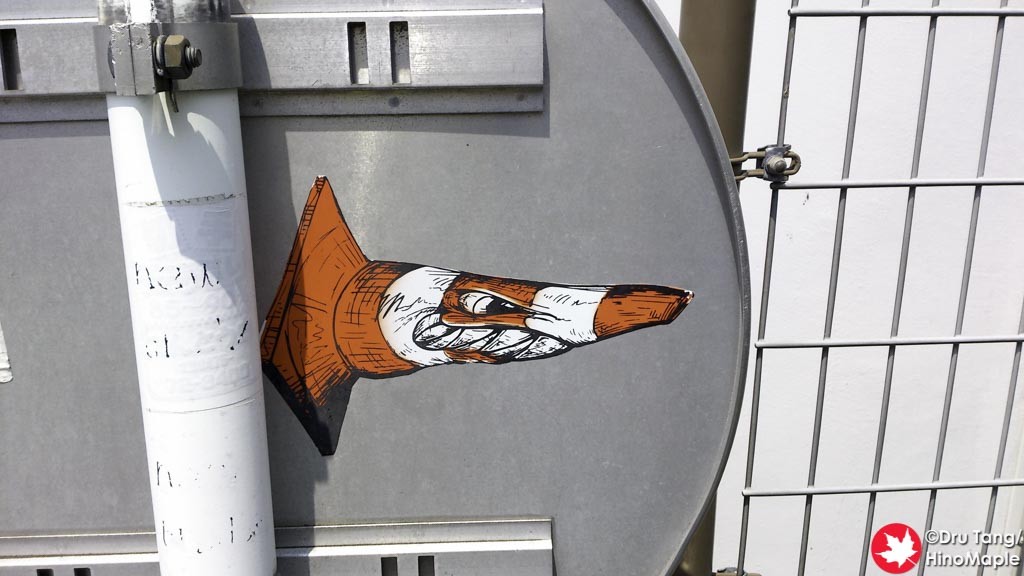