Big Rock Urban (BRU) is originally an Alberta craft brewery but they opened a local Vancouver brewery and make all of the beer on site.  I remember drinking their beers when I was starting to drink alcohol and originally thought they were a big company, but I was wrong.  I looked into their history a bit more and became very interested.  I was already planning to visit their taproom and I was definitely not let down at all. 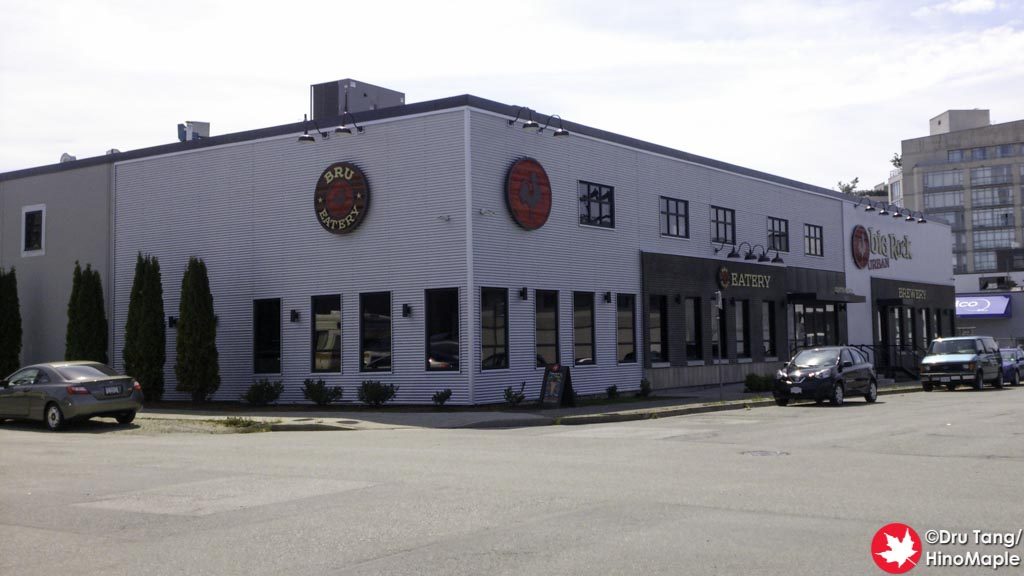 The best time to visit BRU is during the day as the brewers and other workers are there during the day and the entire tasting room is like a worker’s play room.  The growler room is off to the side and I imagine they do tours, but I focused more on the bar area.  The first time I visited BRU I was alone and while there is a large restaurant area with nice big windows, I prefer to sit at a bar when I am by myself.  Next to the bar is also a stage where I was told they have music acts pretty often.  Unfortunately I was there in the afternoon to early evening before the music started, so I have no idea how the bands are. 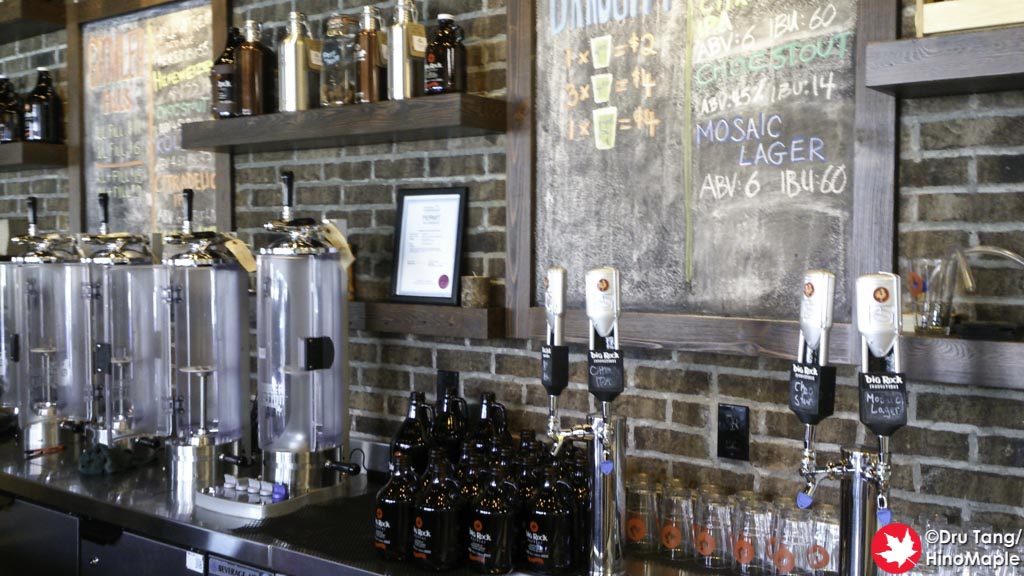 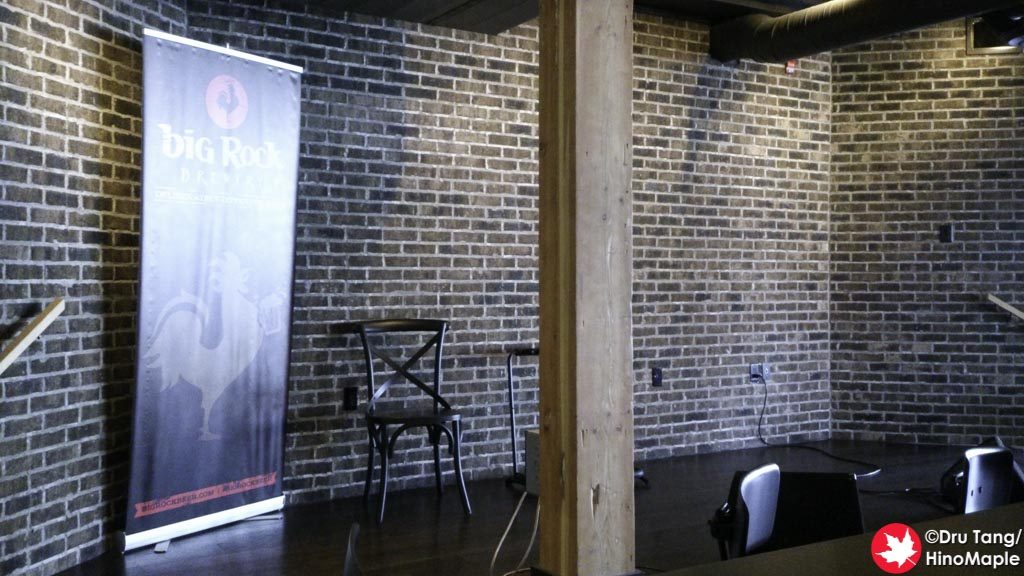 In Vancouver I had a hard time talking to the people behind the counter at other places as they just didn’t interact with me, but at BRU, they reached out to me.  I really liked the people who work there and while you may not have a good feeling if you are sitting in the restaurant area, sitting at the bar when they get off work allows you to hear what they are thinking and to learn a lot about the place.  I got a good idea of what beers they were working on and information on future casks. 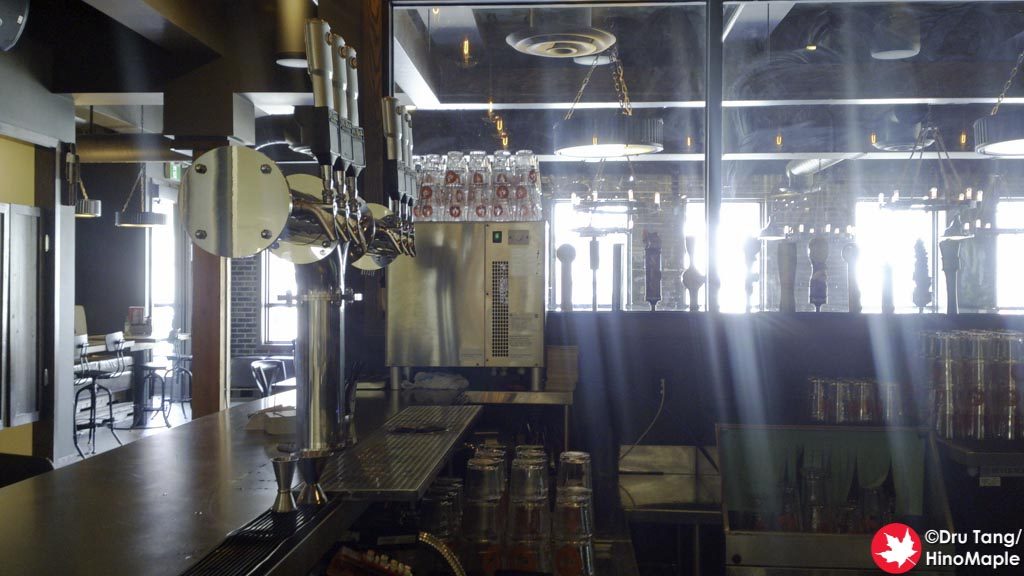 If you go on Mondays, they have their cask event.  At 4pm they open a cask and you get a free sample.  They can be pretty interesting and I would recommend visiting on Mondays if you have a chance but any other day is fine too.  The assistant brewers and other staff are often finishing their shifts around that time too so the bar actually fills up a little as they are enjoying their free pint leading to a fun time. 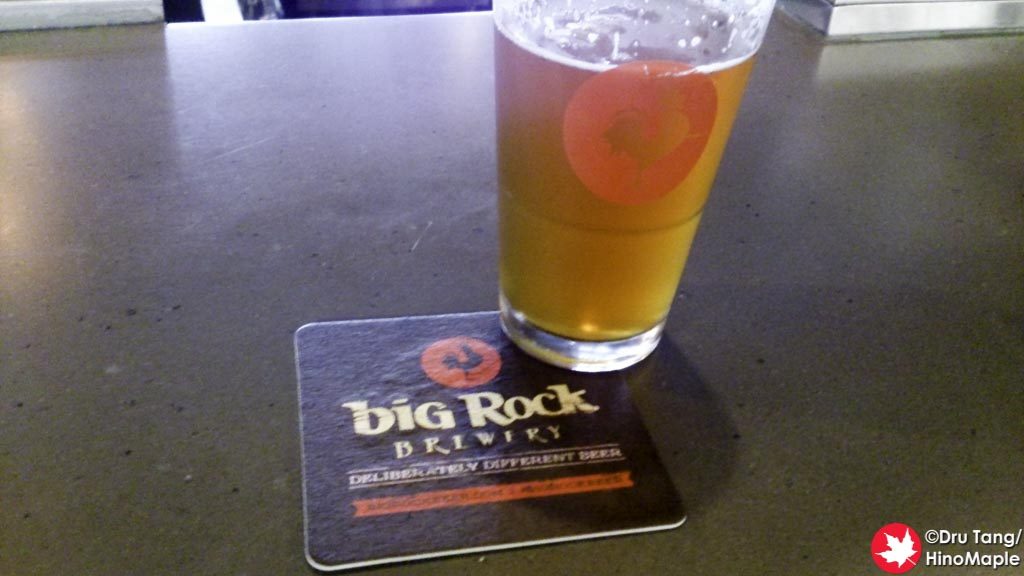 For the food, I didn’t get a chance to eat a lot but I did get their tsukune.  They made it a bit of a fusion by making them meatballs rather than real tsukune.  They also had a Korean sauce rather than regular yakitori sauce.  It was good but not was I was expecting.  I didn’t really eat when I was at BRU but based on the small amount that I did have, the food was decent enough to warrant another try in the future.

For the beers, there is a lot of selection and the beers are really nice.  Since the recipes have been developed for a long time, they are all pretty good.  I wasn’t a big fan of some of the styles but they have everything to suit your needs, but since they don’t focus on a specific type they suffer a little in terms of being able to keep me there.  I am a hop hound and they only had a few hoppy beers.  This isn’t to say they are a bad place as I would love to go back again and again if I had a chance.  The atmosphere is what I enjoy and the food wasn’t bad either.  Don’t be afraid to ask for tasters too if you are hesitant to try something.

Personally, you can be sure that I will be back again when I am back in Vancouver.  I’ll be their regular barfly on Monday’s as I definitely want to keep trying their casks.  I still have to try more of the food but I’m sure it will come quickly.  Now the only question for me is when I will be back in Vancouver so that I can return. 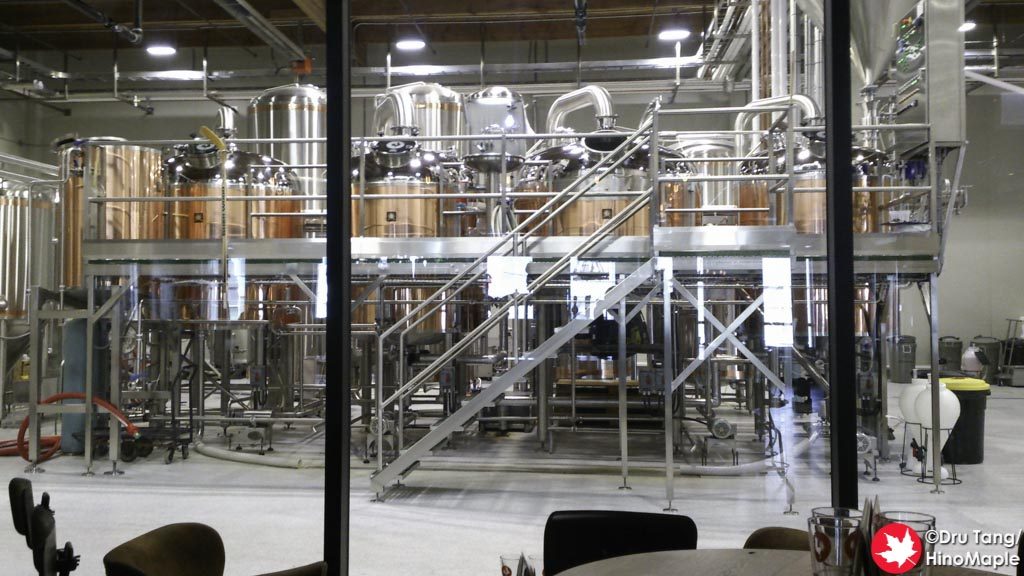