The 2016 venture to visit various football stadiums around Japan has continued with a trip to Iwata’s Yamaha Stadium on July 9.  The Saviour is a big Omiya Ardija fan and also a small fan of Jubilo Iwata.  I’m a fan of Jubilo Iwata because it is a Yamaha team and I am a big fan of Yamaha.  When Omiya was playing in Iwata, we knew we had to go as the game would be a great battle as well. 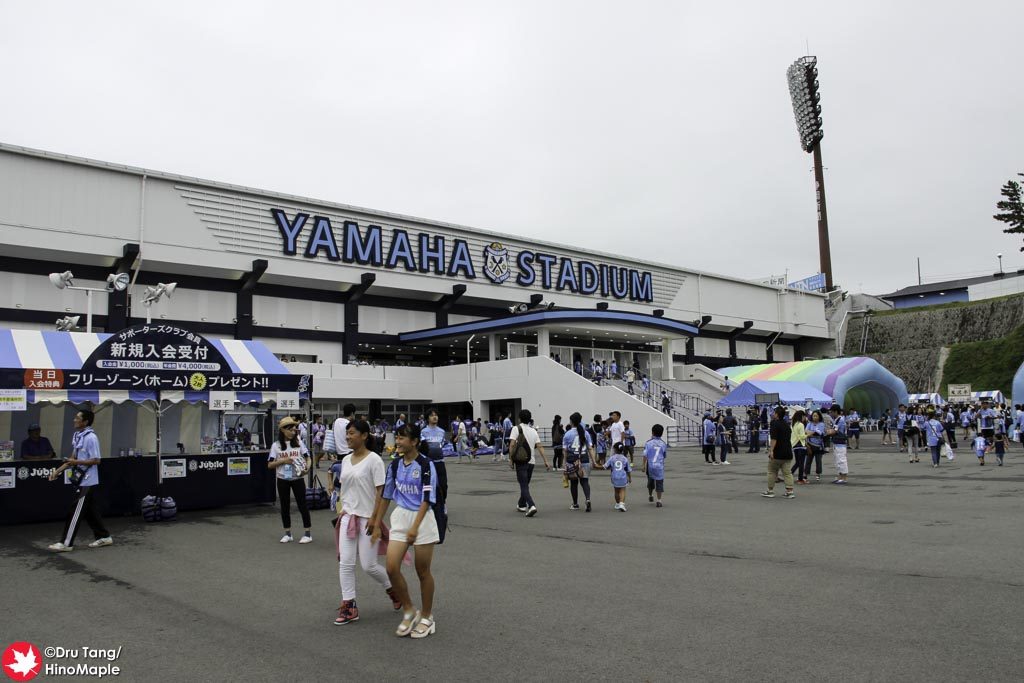 It is not easy to get to Yamaha Stadium in Iwata.  If you are coming from Tokyo, it is easy to take the Shinkansen to Kakegawa in Shizuoka and then transfer to the local line.  It can be faster to go to Hamamatsu on the Hikari rather than taking the Kodama to Kakegawa, but it will cost more.  Alternatively, you can drive down but it can take anywhere from 3-4 hours to get there from Tokyo.  For me, I had no other choice but to drive as the Saviour was coming and we needed to be home to take care of Sox.  The game started at 1900 so there was no chance we could catch the last train back to Tokyo. 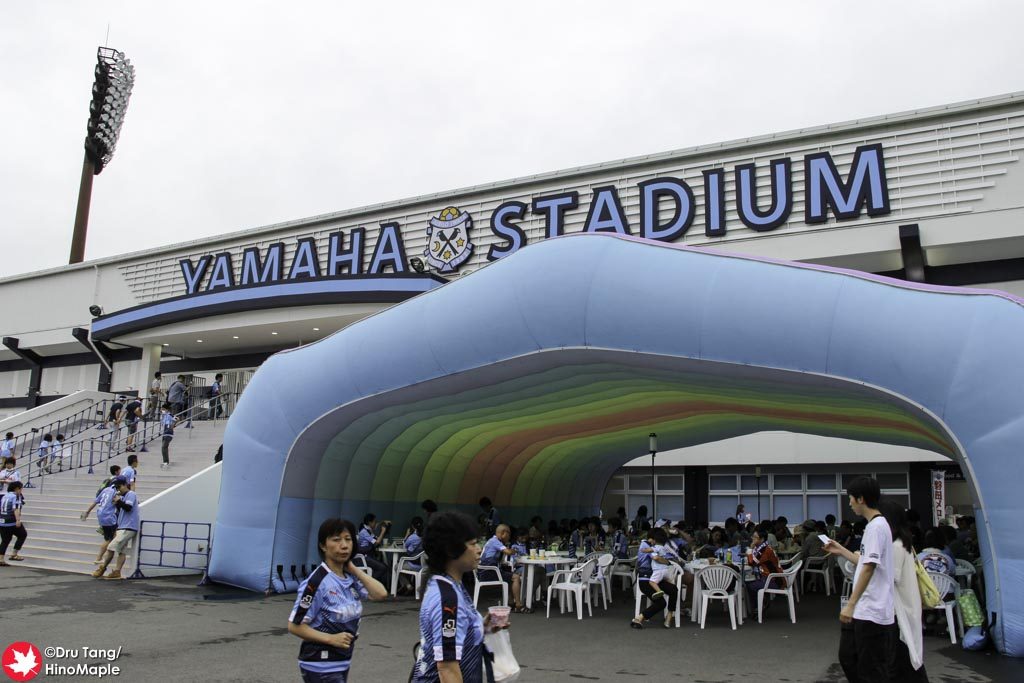 When I got to Yamaha Stadium, it was right when they opened and I was really happy to see the festival atmosphere.  I had never been to such a small town stadium and it was fun to see how many activities they had for people.  Going to Ajinomoto Stadium is really boring as you just go into the stadium, grab a seat, and that’s it.  Yamaha Stadium had a lot of local foods such as a Shirashi Donburi and Fujinomiya Soba.  It was all nice, but somewhat typical for stadium food. 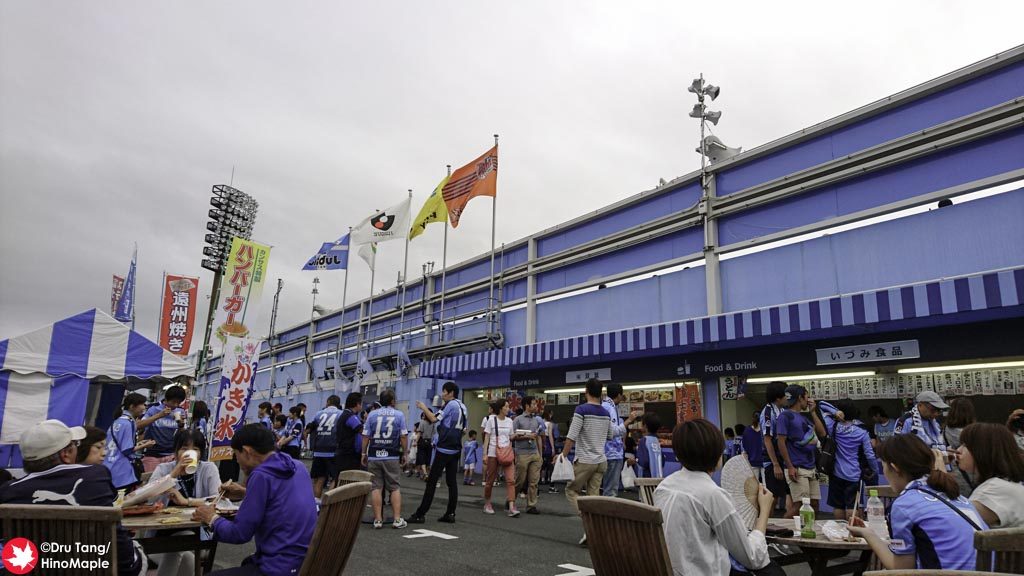 I was at the back stand which had a lot of seats compared to the main stand.  The stands actually go up pretty steeply so you need good legs to go up and down the stairs quickly.  I was in the 10th row which actually had a bit more leg space, but if you are a bit short you may need a little stool as the seats are a bit high overall. 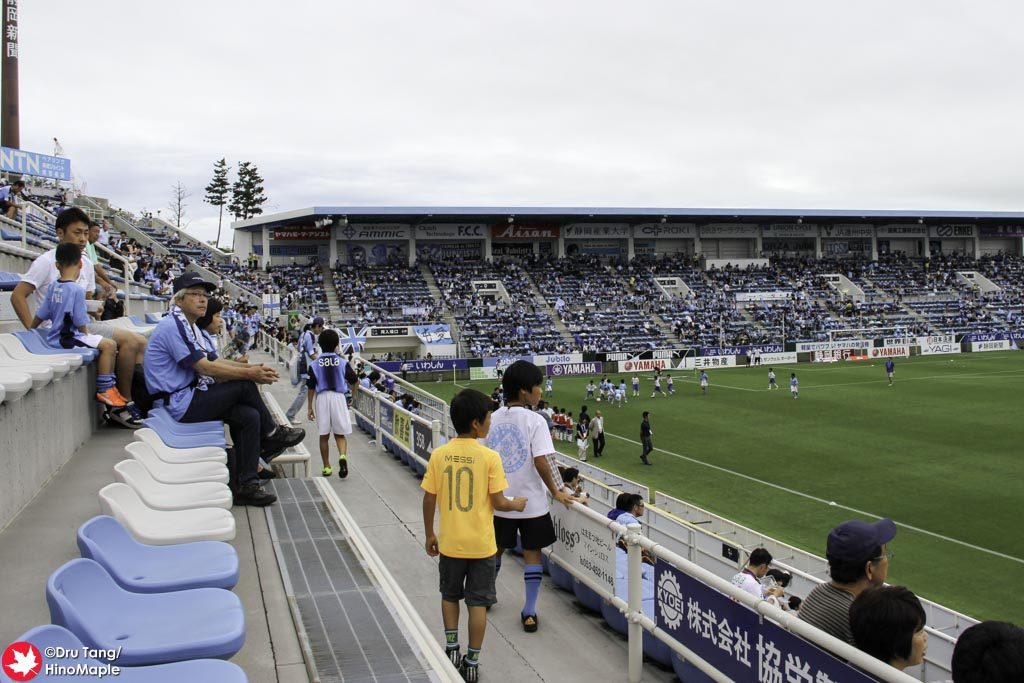 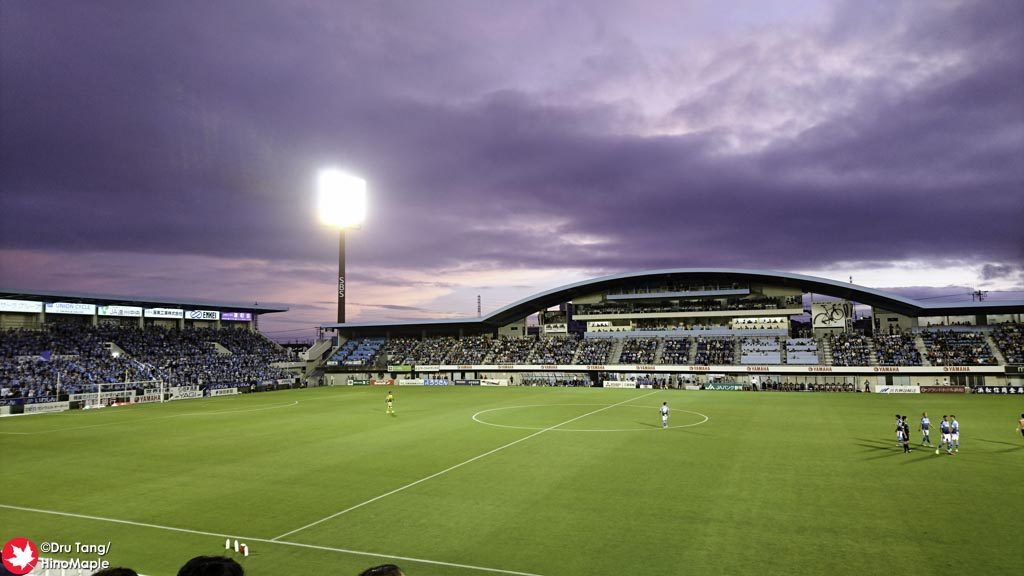 Twilight at the start of the game.

Soon after, Omiya made a substitution and this seemed to work in their favour.  They suddenly had a bit more power and were able to handle the ball in a different area of the pitch.  They caught Jubilo off guard several times and at the 80 minute mark, Nejc Pecnik scored the tying goal.  I was sitting closer to the Omiya fan seats and they went nuts.  There were also a few Omiya fans scattered in my area too and they also went crazy.  From that point on the game continued to be heated.  The teams were starting to get annoyed with each other and yellow cards were flying left and right with 3 yellows handed out after Omiya’s goal. 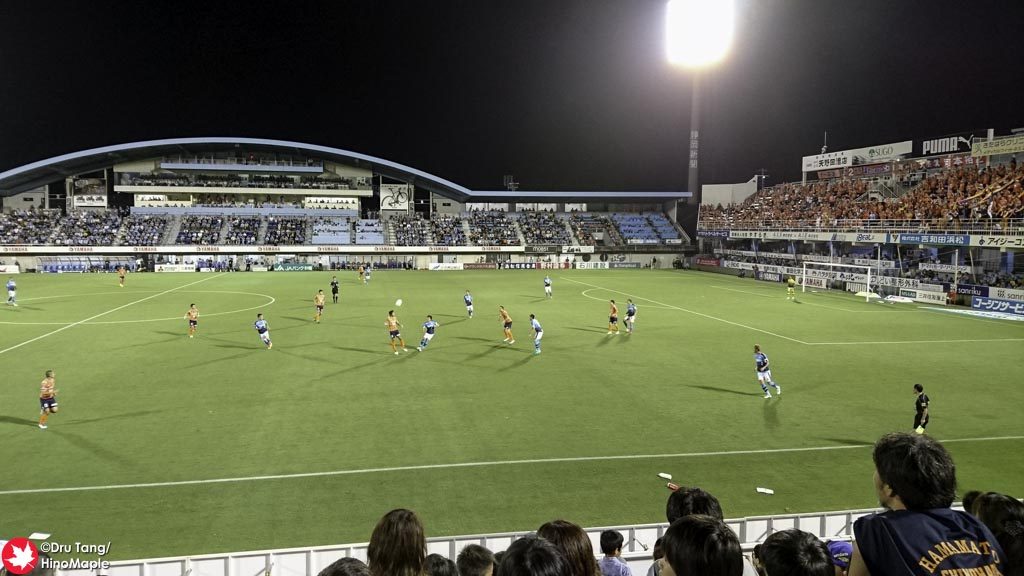 2nd Half of the Game

The game ended in a 1-1 draw but it was still exciting.  It was almost 9pm and I was still happy to visit Iwata.  I had a great time watching an exciting game between 2 somewhat evenly matched teams.  Omiya was the stronger team of the two during the game but Iwata still did their best and still got a draw.  If I lived closer to Iwata, you can be sure that I would be going to games more often.  I really did enjoy it and would love to go back again but to be honest the stadium is just so far away that it will be hard for me to do so. 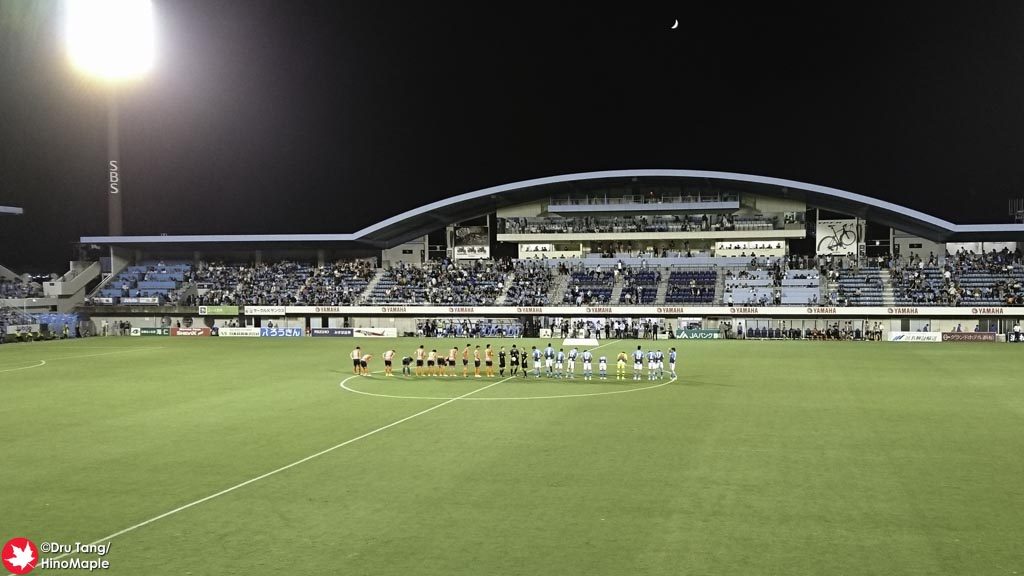 End of the Game