In April 2016, I had the opportunity to visit Y.Y.G. Brewery for the first time.  They opened sometime either in the same month or the end of March of 2016.  It is such a new brewery that I only heard of it from the people at the bar I always go to.  I was really intrigued by what was being produced and decided that I had to check it out for myself. 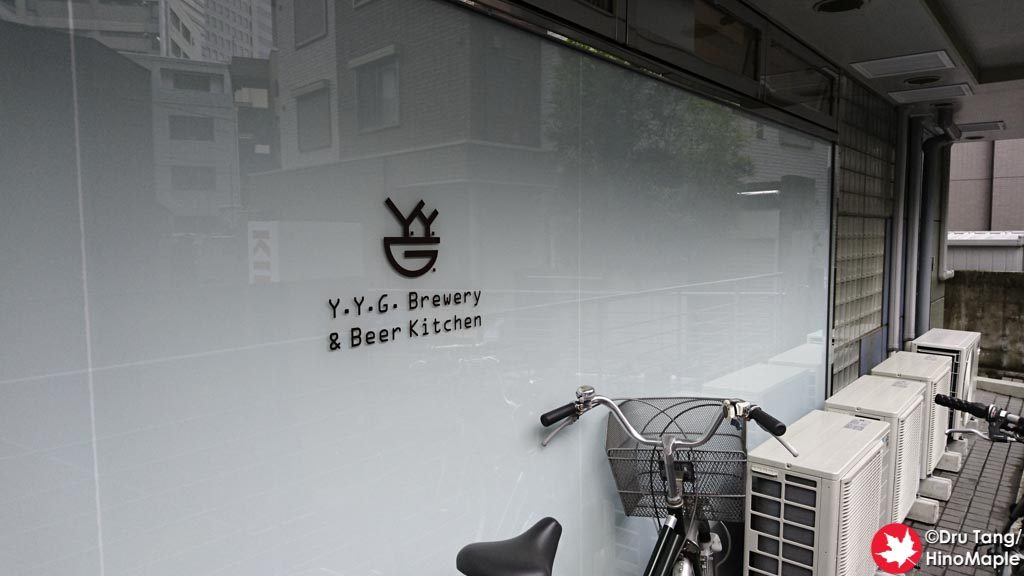 The first thing that you have to do is find the brewery.  It is located in a hard to find place in the south western area of Shinjuku.  Since I lived in the area before, I knew exactly where to go but even I had to double check on my map.  It is actually almost right between Shinjuku and Yoyogi, and Y.Y.G. probably stands for Yoyogi.  Once I got there, it was relatively easy to find as the brewery side was really easy to see. 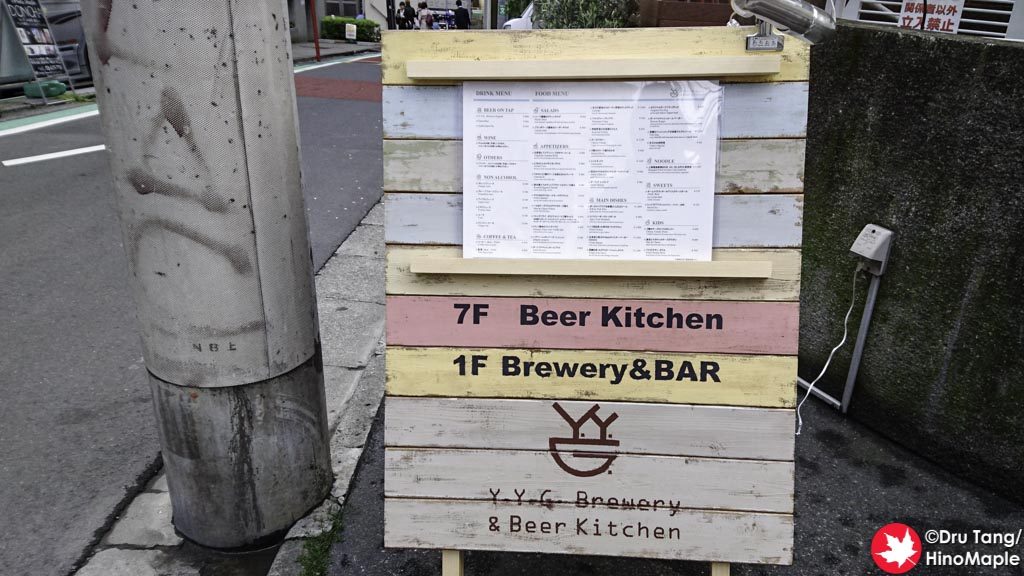 The brewery itself is pretty small.  There are 2 fermentation tanks, a big mash tun and boiler.  I don’t remember seeing a bright tank but everything was packed into a small space.  I was surprised at how small the operation is but I was excited at what they were producing.  The first floor is the bar, and you can enjoy a few drinks and some snacks there.  If you are looking for food, you have to head up to the 7th floor for the restaurant. 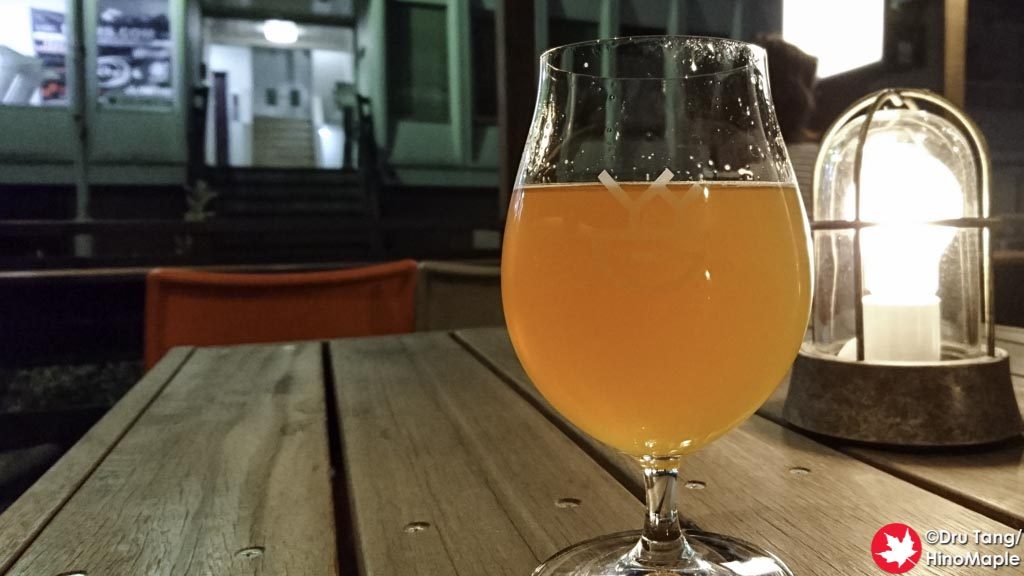 Outside Terrace at Y.Y.G. Brewery

The bar itself is pretty nice but a little unorganized.  They have a beautiful patio where you can enjoy several drinks with several friends.  I’m sure I could take it over with about 20 friends.  The inside was also really good but I personally didn’t like the tables.  The design wasn’t bad but it just not my style.  Everything was crammed in and there were only a few seats inside with the rest being standing only. 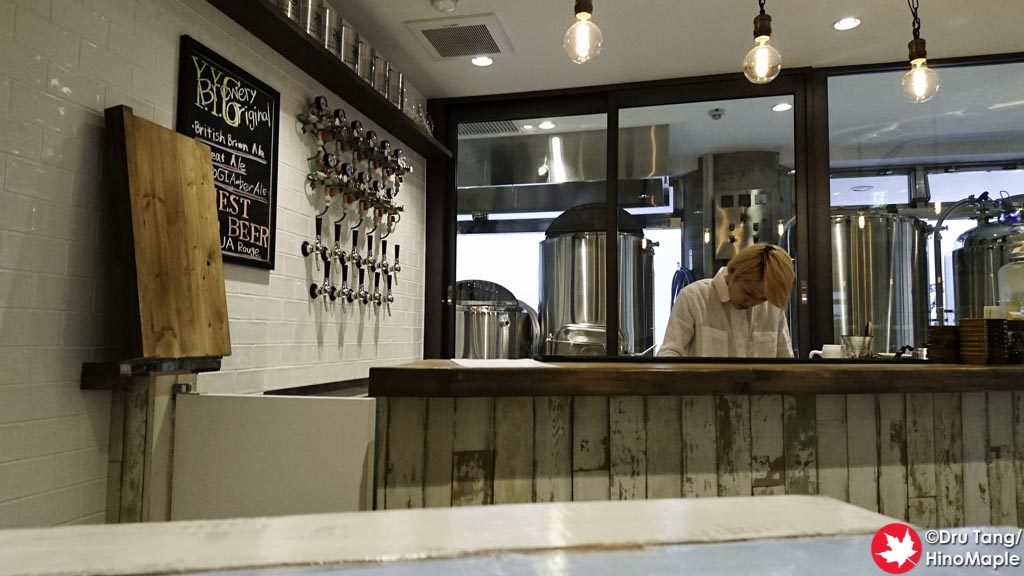 Since it was still pretty early in the production of Y.Y.G., they were still trying to work out the kinks.  I was able to meet the head brewer as well as the assistant.  The head brewer got into home brewing when he visited Vancouver for a couple months before he continued brewing in Japan.  I heard a rumour that he learned how to brew from Campion Ale, a small brewery in Asakusa that I have yet to visit.  The brewer was really friendly and fun to talk to. 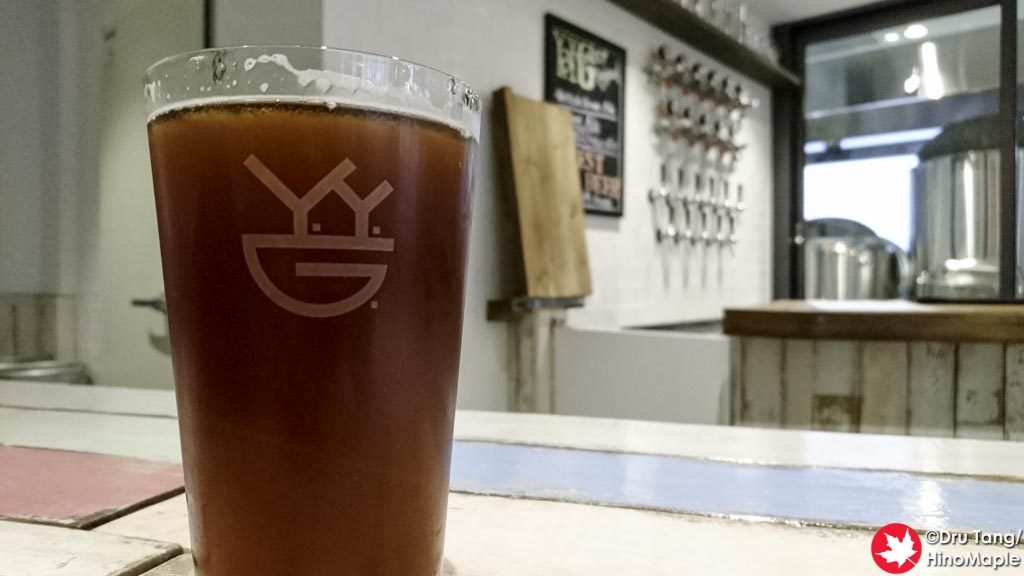 The beers at Y.Y.G. have potential but they were too young.  They only have 3 beers on tap at any time as they are still trying to produce as much as possible and to get a stock of beer ready.  When I visited, they had a British Brown Ale, a Wheat Ale, and a Yoyogi Amber Ale.  The Amber Ale was nice but too young; it needed another few weeks of maturation to let the alcohol mellow out a bit more.  The wheat was really good and thankfully didn’t need as much time to mature.  I also had a chance to try their very first IPA and it was nice but since it was just a sample, I can’t really say if I’d like it or not. 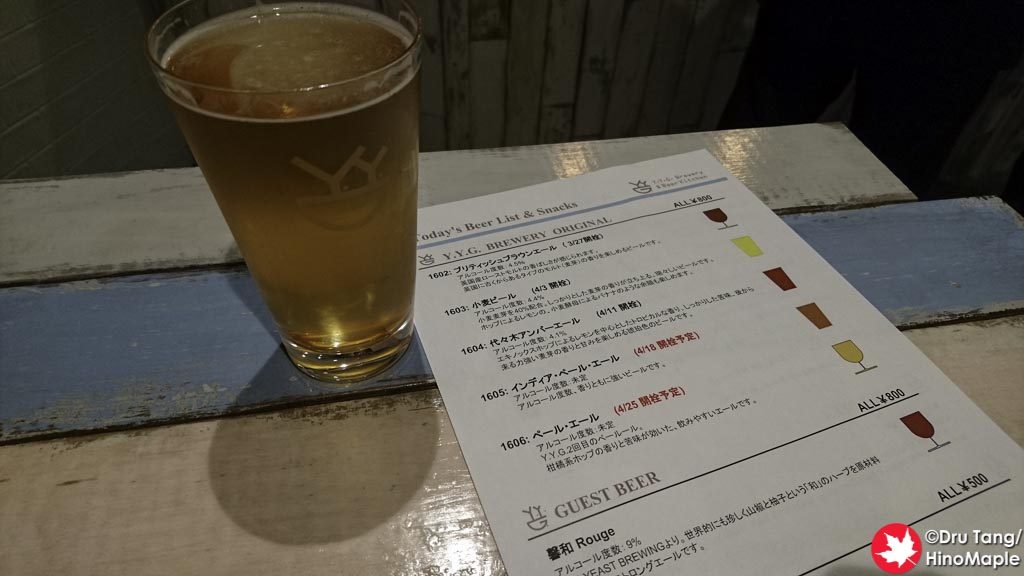 Y.Y.G. has a lot of potential and I can see them being able to sell a lot in the future.  It may be hard at first and I worry that people won’t give them enough time to improve or to find their groove.  I will be back again in the future if I have a chance and I will be there to see them grow.  Only time will tell if they are truly a good brewery or not.