Recently, I was invited to go to a Dassai event.  Dassai is a very famous brewery in Yamaguchi and I had the pleasure of being invited by a friend of mine, the famous John Daub of Only in Japan.  He often goes to Dassai events and when he told me that there was an English event, I knew I had to make time to go.  I was not disappointed one bit and really happy to have gone. 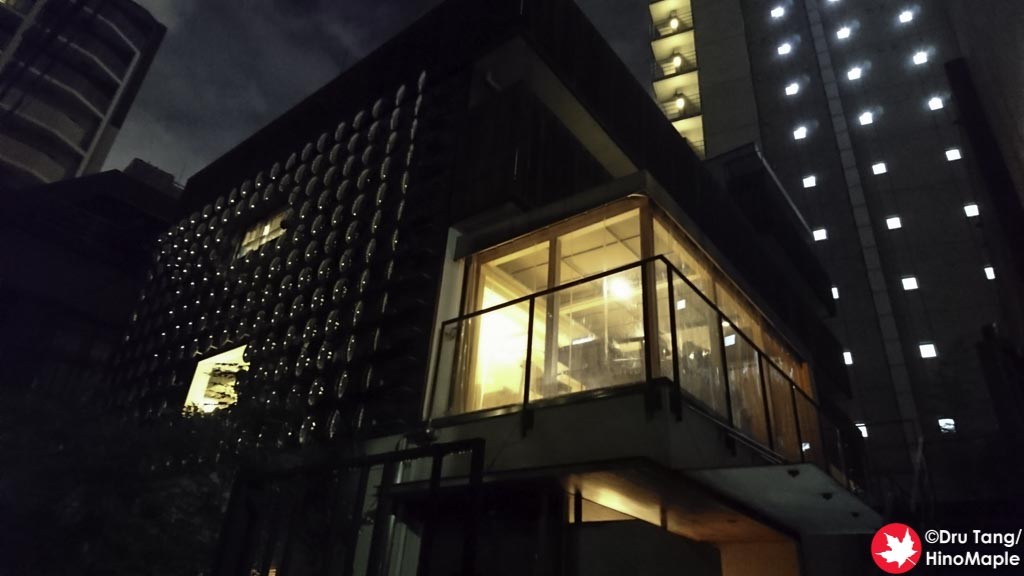 The event was held at Kafuka in Azabu Juban.  It was really hard to find the place as it was on a residential side street and there were no lights on.  The place was great with a lot of space but if you are a visitor, you’d have a very tough time finding it.  Even the local people had a tough time. 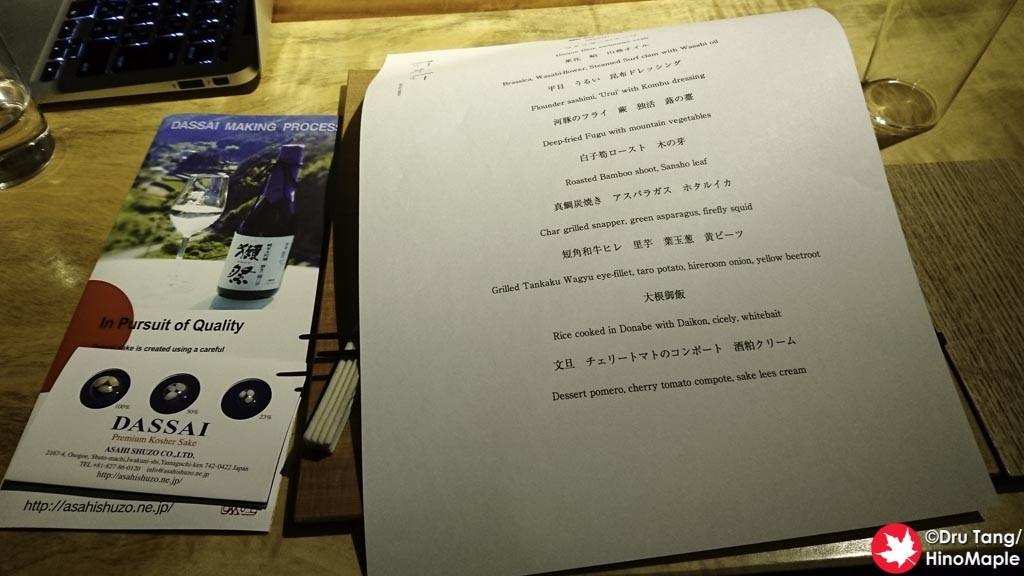 The event was limited to 10 people and since it was the first event ever, I wasn’t surprised that there were only 4 non-Japanese people there.  In fact, one of the 4 is originally Japanese but has lived in Toronto for 10 years, so she was not necessarily 100% Japanese anymore. 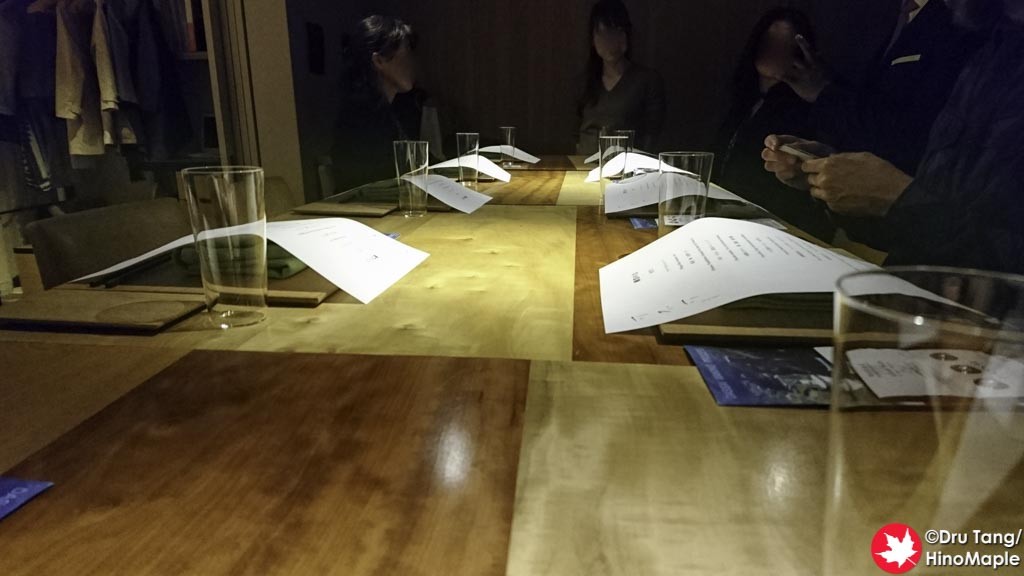 The event started off with a little confusion as people worked out where they wanted to sit.  I eventually grabbed a seat and after waiting for a few late comers, we got started.  The host was Ms. Saito, the VP of Sales and Marketing.  She started off with a brief introduction of Dassai as well as a very simplified explanation of how to make sake.  As many of you know, I have been to many sake breweries in Japan and already know a lot about sake.  I wasn’t expecting to learn a lot but I did enjoy the presentation as a refresher course to understanding sake again.  Personally, I would have liked a little more detail but if you are a true beginner and want to be introduced to sake, this is a great event! 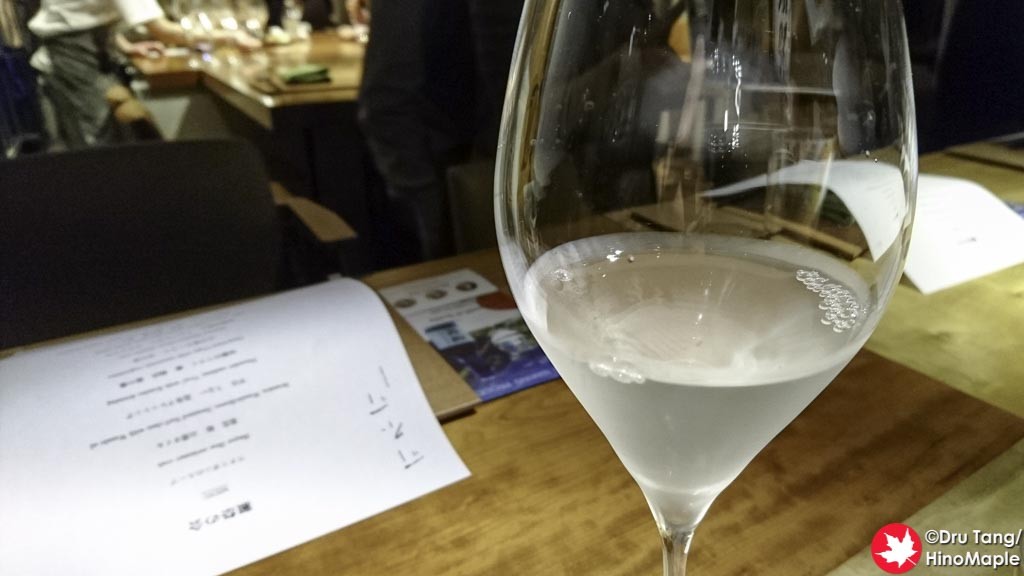 The presentation was pretty quick and included out first bottle of sake, Dassai 23.  This was the highest quality Dassai you could buy and it was really good.  It was light and fruity, like all good sakes.  The bottles kept flowing and we continued tasting it to make sure our knowledge was correct.  If you are curious about the numbers, Dassai 50 is their “lowest quality” sake, but it is still pretty high.  They also produce Dassai 39 which is their mid-level sake. 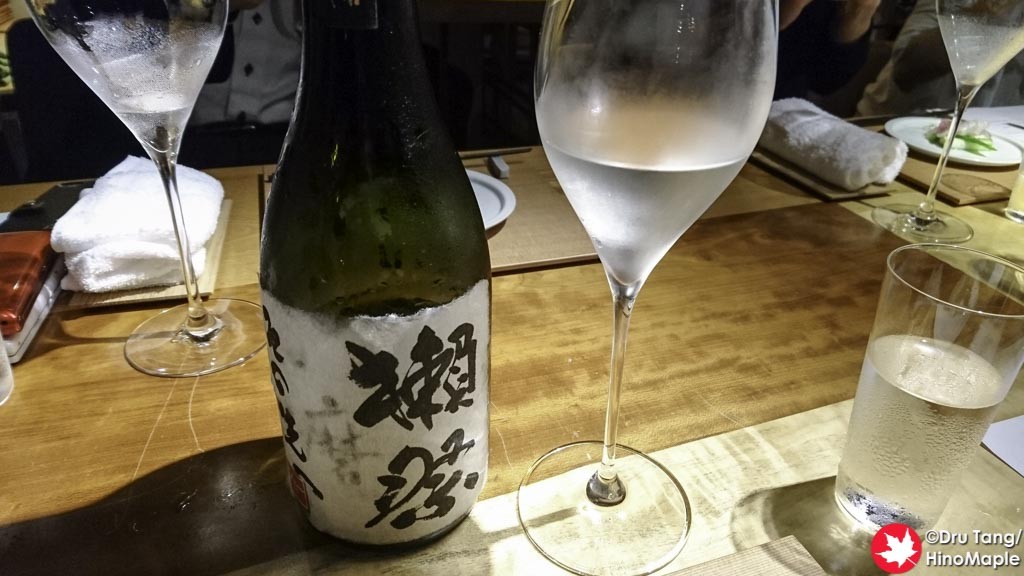 The Dassai 23 was followed by Dassai Beyond, their top end sake.  This sake is amazing.  It was really light and subtle.  The polishing level is a trade secret and the production is extremely limited.  I was told that if you wanted to buy a bottle of Dassai Beyond, in Japan it is 30,000 JPY in stores, and if you go to a restaurant in New York, it can be $1,200!  Such expensive sake is unbelievable but then again, the price of exported sake is often double the price of Japan, and in Japan I could see a bottle of Dassai Beyond selling for over 60,000 JPY in restaurants. 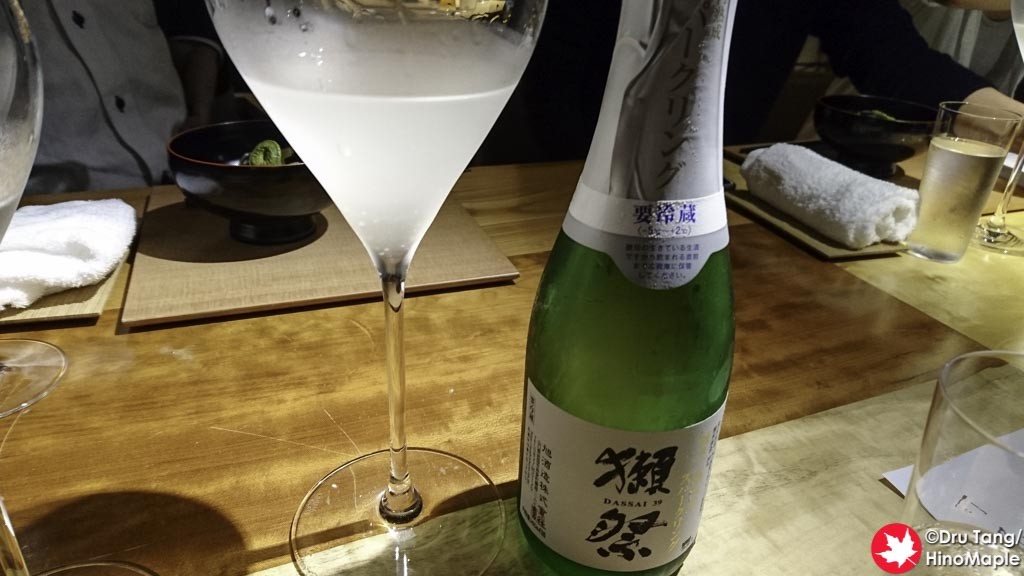 We followed the Dassai Beyond with Dassai 39, sparkling sake.  Dassai produces 2 major types of sparkling sake, one using their regular Dassai 50 and one with their Dassai 39.  It is naturally carbonated in the bottle with a small amount of sake lees left with a little yeast left over from the main fermentation.  There is no sugar added to get these bottles up to carbonation.  It was paired nicely with a deep fried fugu and both complimented each other very well. 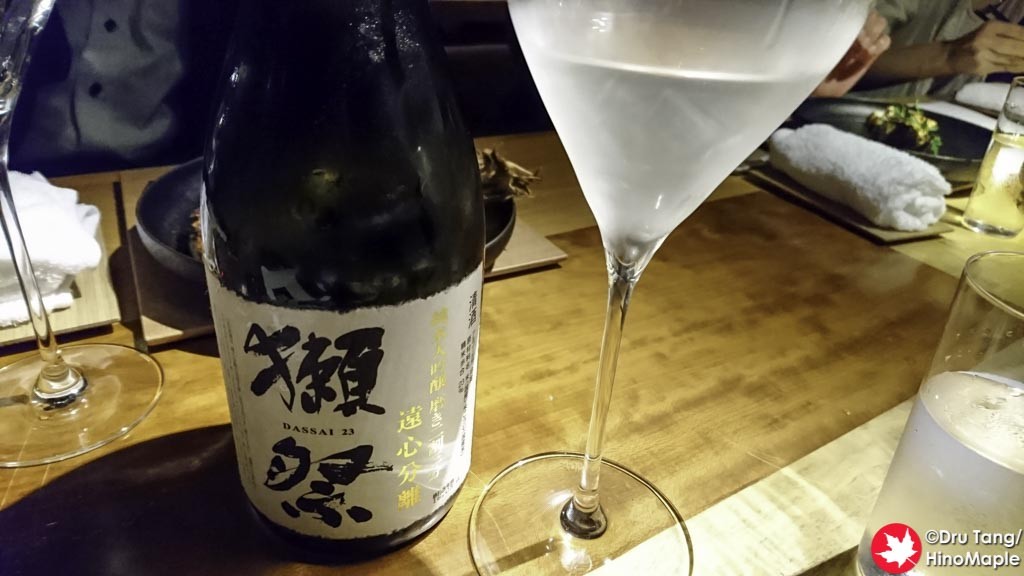 After the sparkling sake, everything else was not quite as unique.  We were given an opportunity to try the Dassai 23 that was pressed with a centrifuge.  Most sake is pressed between blocks to extract all of the liquid from the sake lees but Dassai sometimes uses a centrifuge to create a more delicate flavour.  Without a side by side comparison, it was hard for me to really say there is a noticeable difference, especially since we had a couple different sakes in between.  We ended the night with Dassai 39 which was a nice end to the evening. 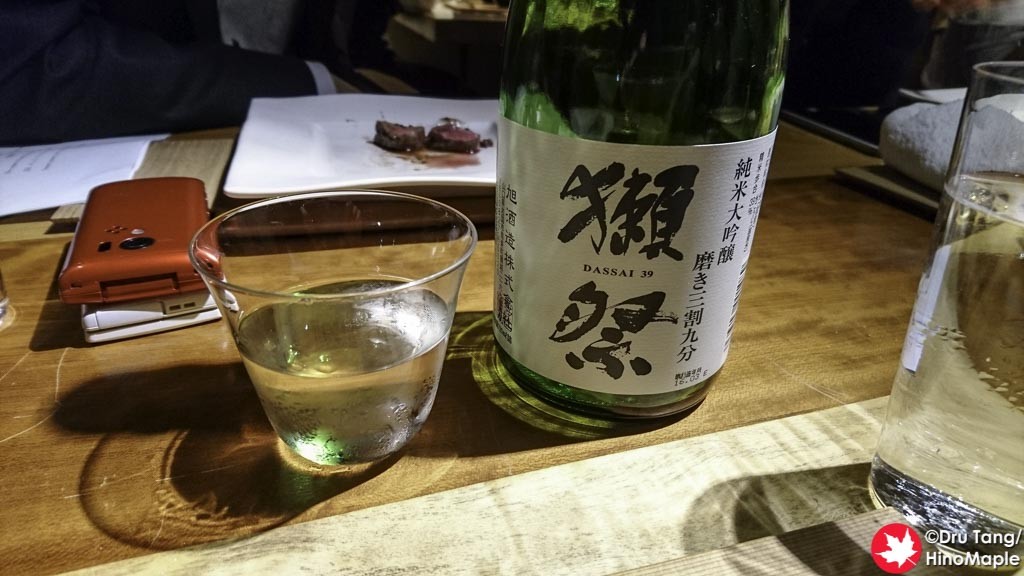 The entire evening was great and I had a great time.  The sake was flowing very nicely and the food was delicious.  I’ll talk more about Kafuka later this week, along with the food.  It cost 8,000 JPY to attend this event but when you consider you are in a nice restaurant and you are getting a lot of sake, it was worth it.  There is a strong chance that if I was invited to another event, I would definitely go.  I really enjoy sake and the opportunities to enjoy it are always limited.  If you do have a chance to try Dassai, I would highly recommend it too.