Poppo-ya is a quaint little okonomiyaki shop in Onomichi that I originally wasn’t planning to visit.  The reviews were not outstanding but they weren’t bad either.  There were a couple of other shops I wanted to visit but due to my laziness and the situation, I ended up eating at Poppo-ya.  I wasn’t disappointed as the atmosphere still proved to be a lot of fun. 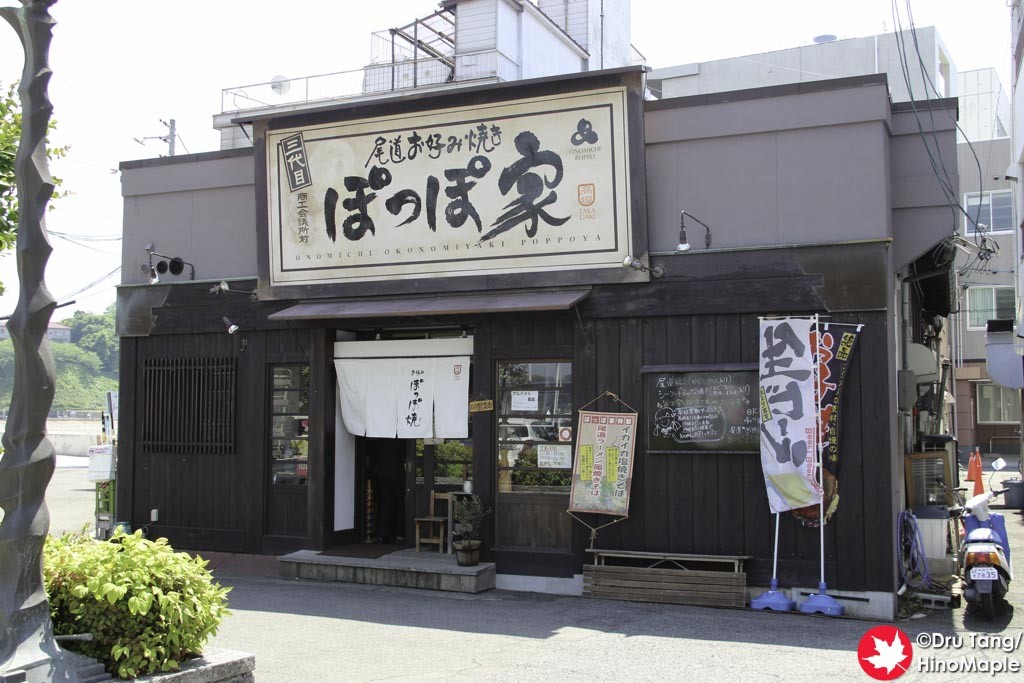 Poppo-ya is located near a shrine by the wharf.  It is about 7 minutes from the station but not hard to find.  It stands out very well so I was drawn to it.  The interior is not as large as the shop appears to be.  There are only a few tables and a counter for people to eat.  When I arrived, there was only a single regular waiting for his food.  By the time I left, it was full of customers.  It seems as if the owner gets a good combination of tourists and regulars in his shop. 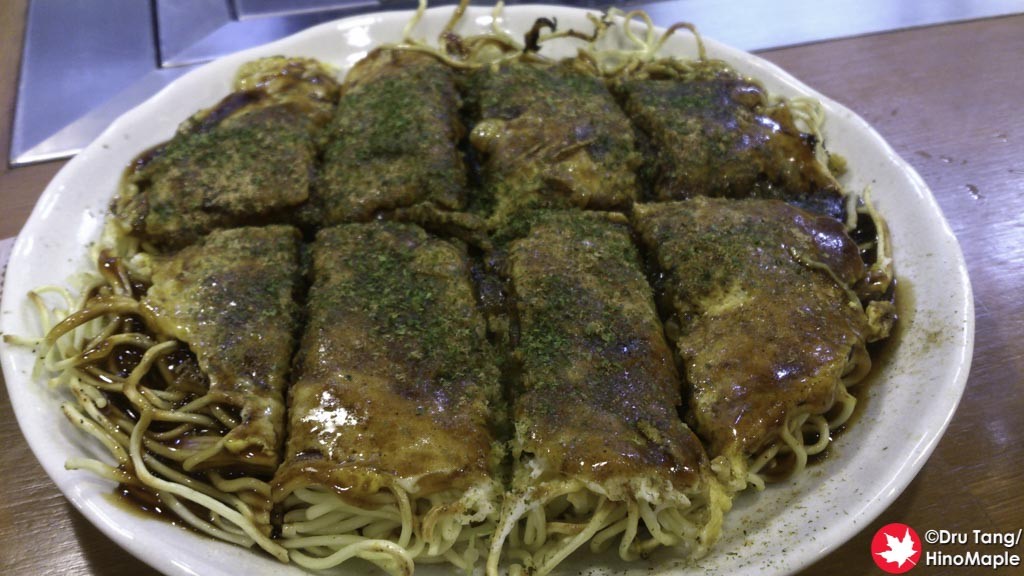 There really is only 2 choices for okonomiyaki, as a tourist, when you go to Poppo-ya.  There is the “Natsukashi Onomichi” and the “Poppo-ya Special”.  I decided to go for the Natsukashi Onomichi which included a choice of soba or udon noodles along with lotus root and konjac.  It was a nice mix and although it is very similar to Hiroshima Okonomiyaki, it was still a little unique.  I decided to get soba noodles and eat it on a plate, even though I could have eaten it on the teppan directly.  I actually just copied another guy, a tourist, who asked for the same thing.  🙂 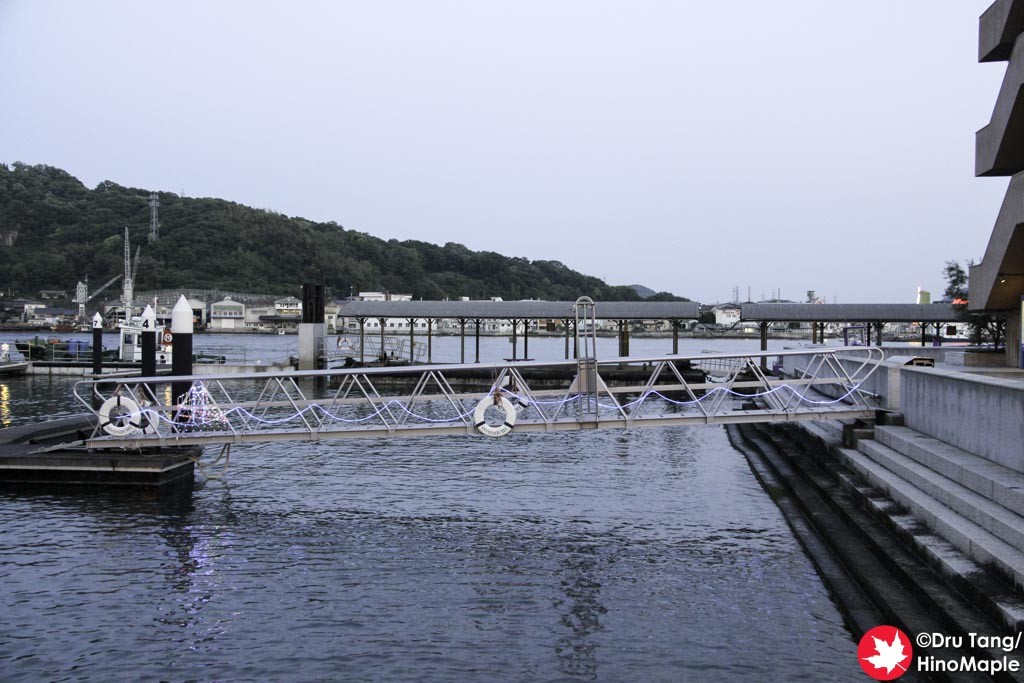 As I was enjoying my time in Poppo-ya, I just relaxed and had a good time watching as people came in.  When I arrived, one of the regulars went outside to have a quick smoke, but I thought he was working there.  The owner is a nice guy who seems to have been working there for a long time.  When I left, there was a small group of office workers, a couple on vacation, another single tourist, and another regular.  It was quite a mix and a full house.  I was pretty full after the meal and felt that I got my okonomiyaki fix. 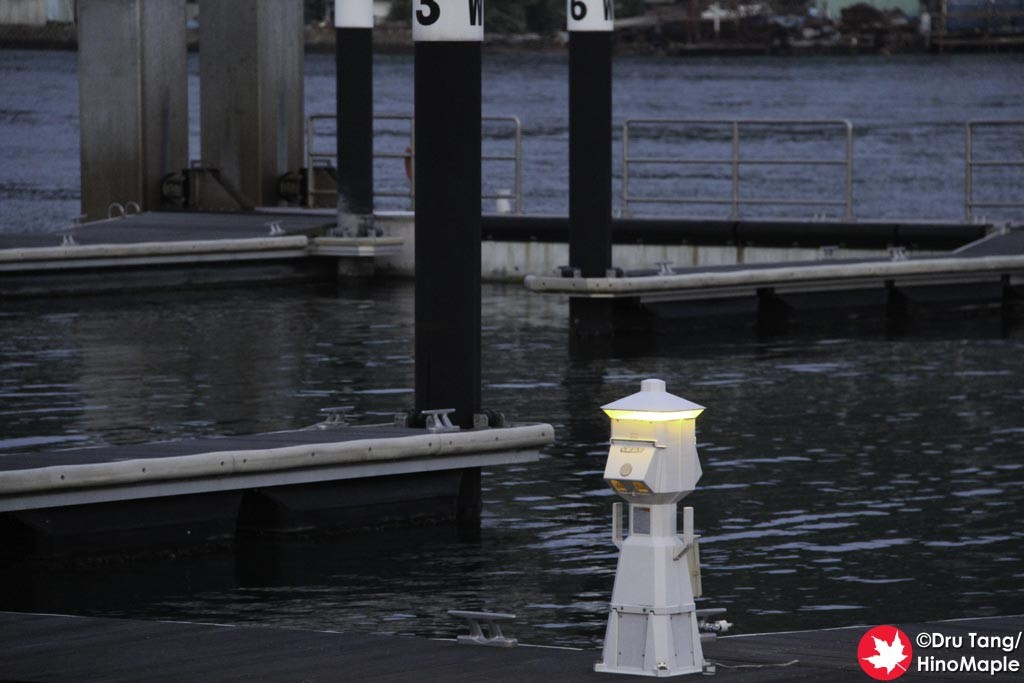 If you are in Onomichi, going to Poppo-ya is not a bad choice.  I do wish I had tried some of the other okonomiyaki shops but I really couldn’t eat okonomiyaki 2 days in a row.  It is too heavy, so I went to an izakaya on my second day in Onomichi.  Be sure to try it out as they also open a bit early.