Onomichi has a famous handmade ice cream shop called Karasawa.  The official name is “Hand Made Ice Cream: Karasawa” or “手づくりアイスクリーム からさわ” in Japanese.  It is a small little shop located between the two car ferry ports and near the 7-11.  They have a nice little shop and just across the street at the wharf are a couple of nice benches for you to enjoy your ice cream outside. 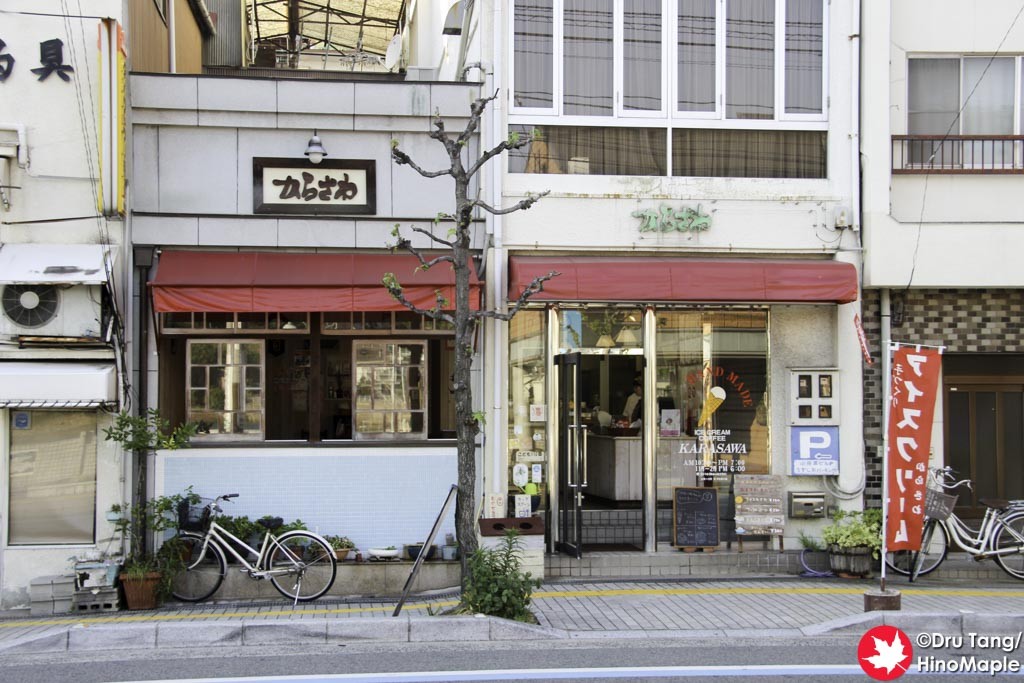 I originally found Karasawa by doing a Tabelog search and it was the highest rated shop in Onomichi.  I knew I had to go and try their ice cream and I wasn’t let down.  I bought the most popular item, the Monaka.  It is basically like an ice cream sandwich.  The first bite into the ice cream was wonderful.  The crispy shell of the Monaka was a really good compliment to the very soft ice cream.  Since it was handmade, the ice cream ended up being very soft, almost like soft serve.  I finished the Monaka really quickly and the next thing I knew I was sitting at the wharf with no ice cream left. 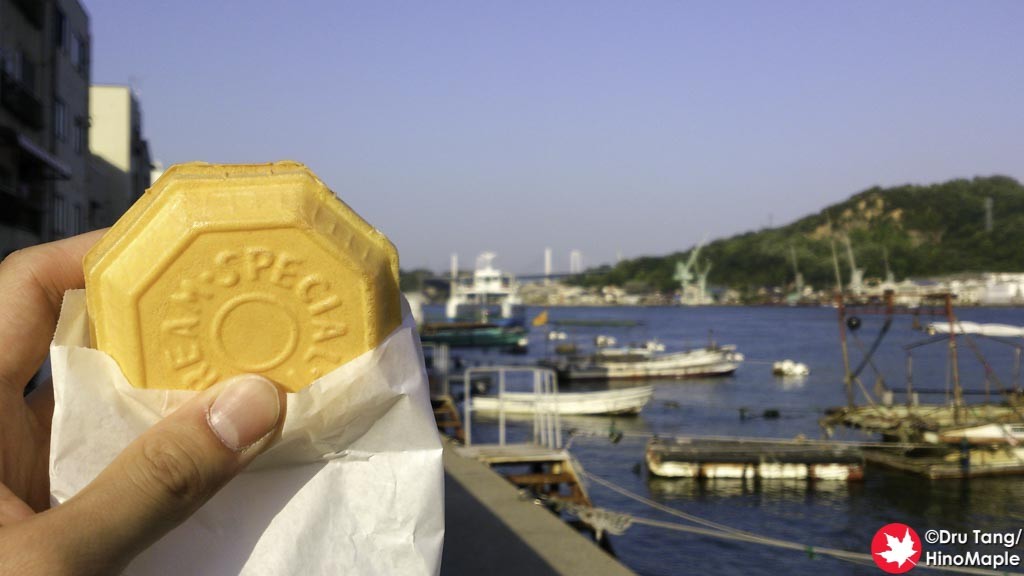 The inside of Karasawa is a really nice place but I didn’t bother to stay in there.  If it was raining, I would have no problem just relaxing in their cafe, but since the weather was beautiful, I had to go outside.  The wharf across the street has a couple benches placed there by Karasawa and you are free to just sit there and eat.  I went just next to that area and sat on the concrete seawall.  The area is just too peaceful and beautiful to pass up.  While I was the only person eating ice cream at that time, later on I did see several other people eating ice cream in the same area. 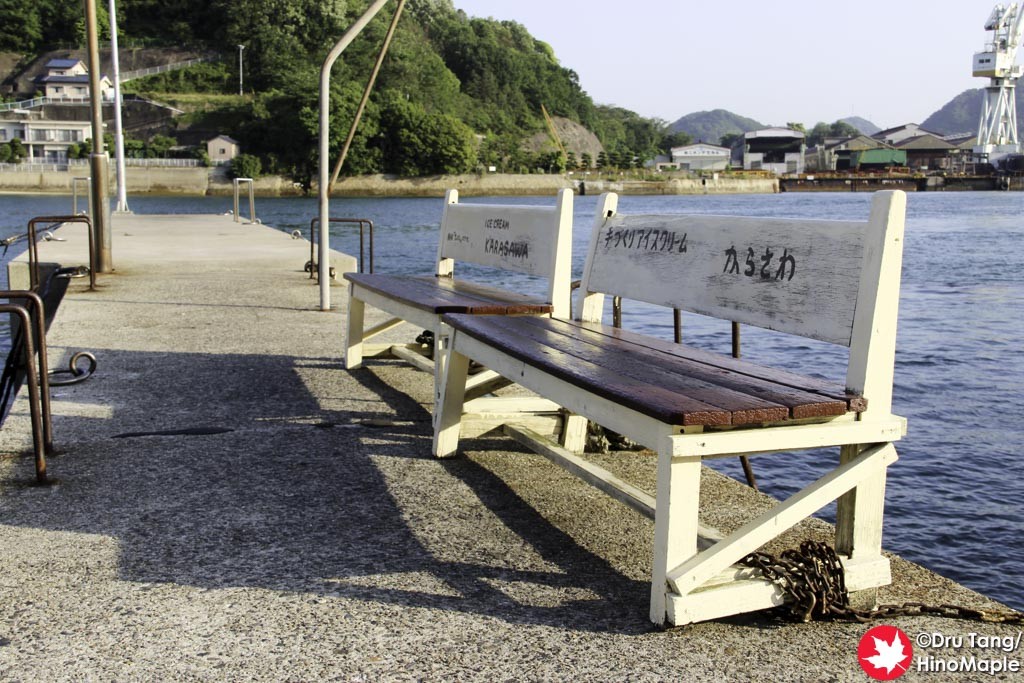 If you are in Onomichi and have a little free time, you must go to Karasawa.  It is money well worth spending as the ice cream is just that good.  If I lived in Onomichi, I think I would be going there once a month or so just to get some ice cream.  It isn’t very cheap but a nice place to go on a date, at least for teens or people just wishing to have a nice time. 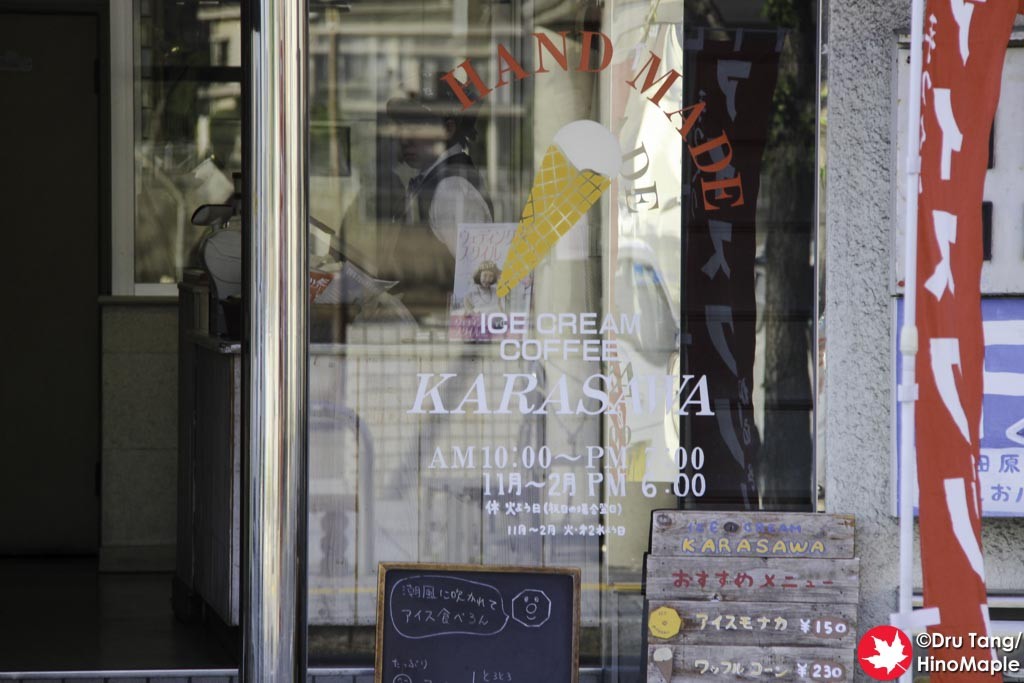