There is one brewery in Oregon that has cult status and is well known in the area, but outside the area, I feel that they are not as well known; the brewery is McMenamins.  I didn’t know about McMenamins until I met someone who used to work for them and also when a friend of mine told me that they make good beer.  When I looked into it a little more I was fascinated with them but also a little worried.  Their website doesn’t really give a clear view as to how big they really are and how complex their system is.  In fact, they are a collection of dozens of brew pubs under the same name that is run almost independently of each other, with standard beers as a base.  The Kennedy School was a place that I heard was great and I knew I had to visit them so I made it a priority to visit them on my first night in Portland. 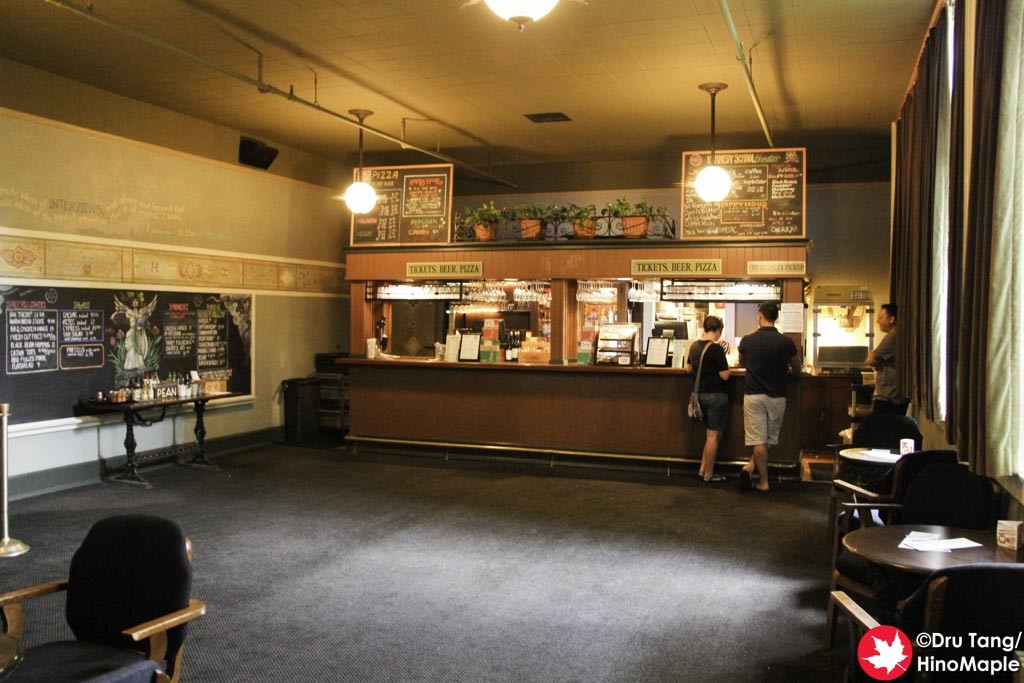 Like most of the McMenamins properties, you can spend a night at the Kennedy School but I wasn’t lucky enough to get a reservation.  The Kennedy School, as the name states, used to be an elementary school but it is now converted into a brewery, hotel, and collection of pubs and bars.  When you enter, you are literally in the old school halls.  While the exterior is pretty standard, the art on the walls inside the halls really calls to the idea that if the Grateful Dead had their own brewery, this would be it.  Most of the McMenamins shops are very similar in decor but there are differences if you know what to look for. 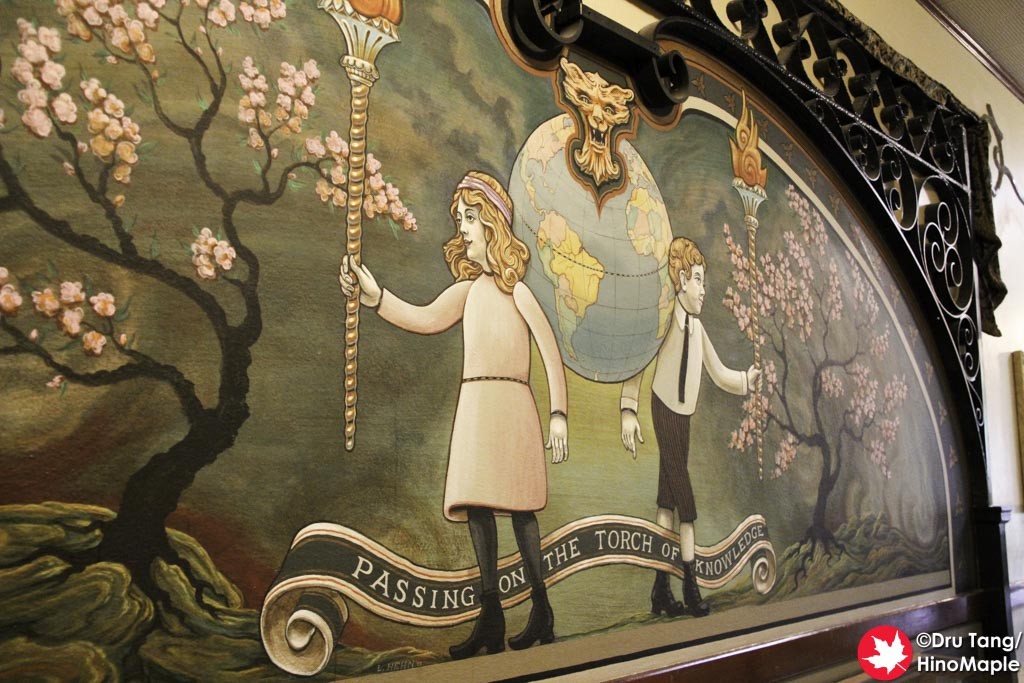 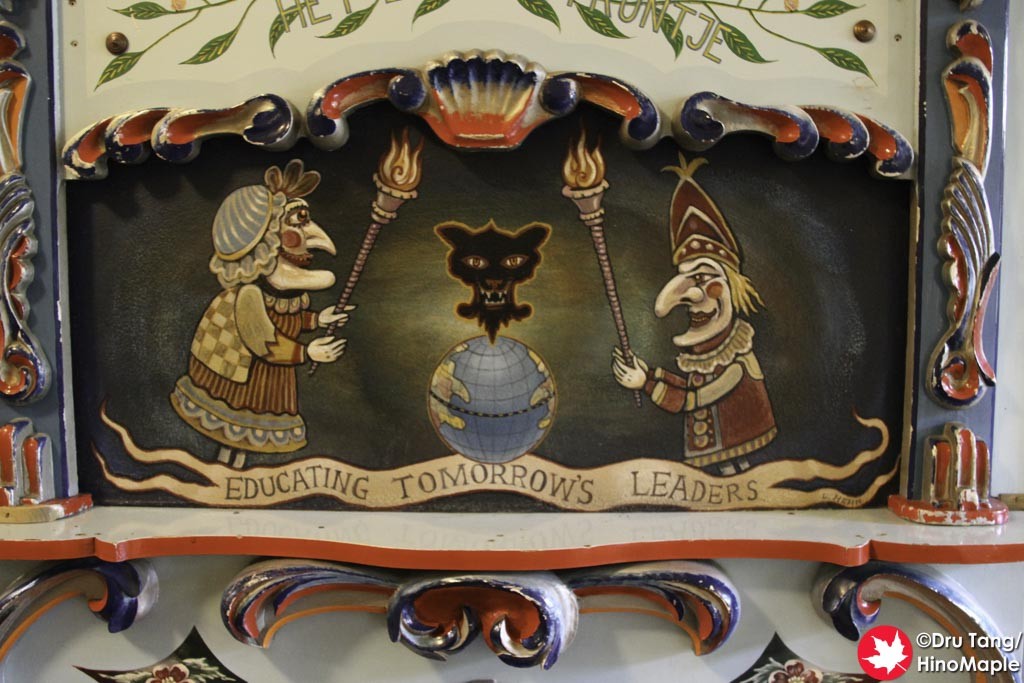 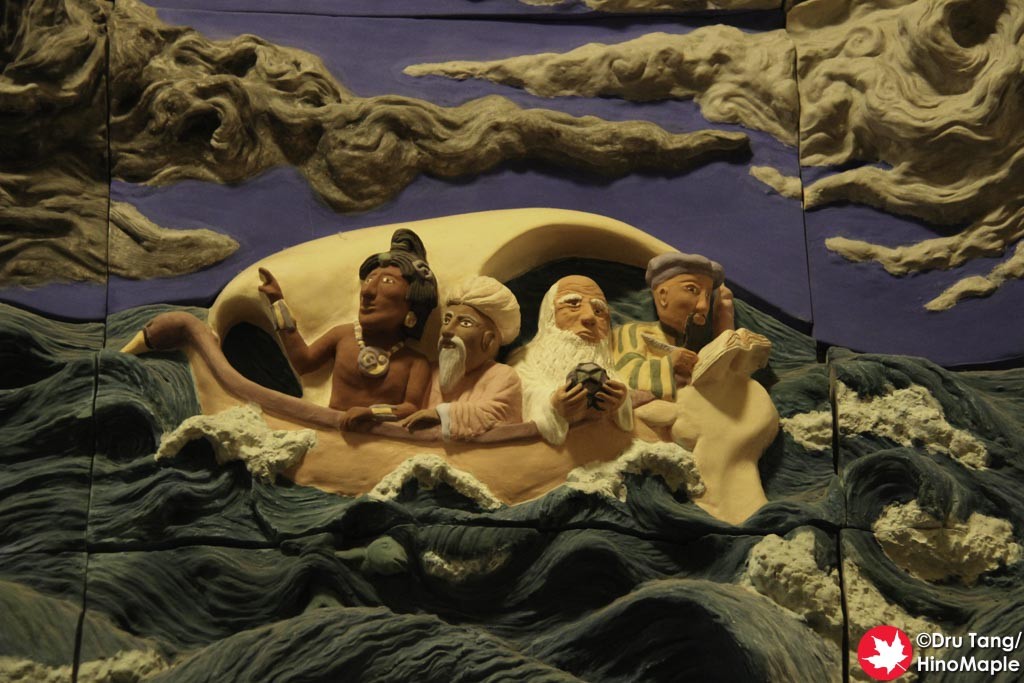 When I got to the school, I headed to the main restaurant, the “Courtyard Restaurant”.  It takes up the central area, including the central courtyard.  You can choose where you want to sit but we decided to get seats as fast as we could.  Unfortunately the host didn’t hear us right and thought we had a bigger group than just “R” and me, so we had to wait a bit for our seat.  It was fine as we were able to look around and enjoy the school a bit before settling down for food and drinks. 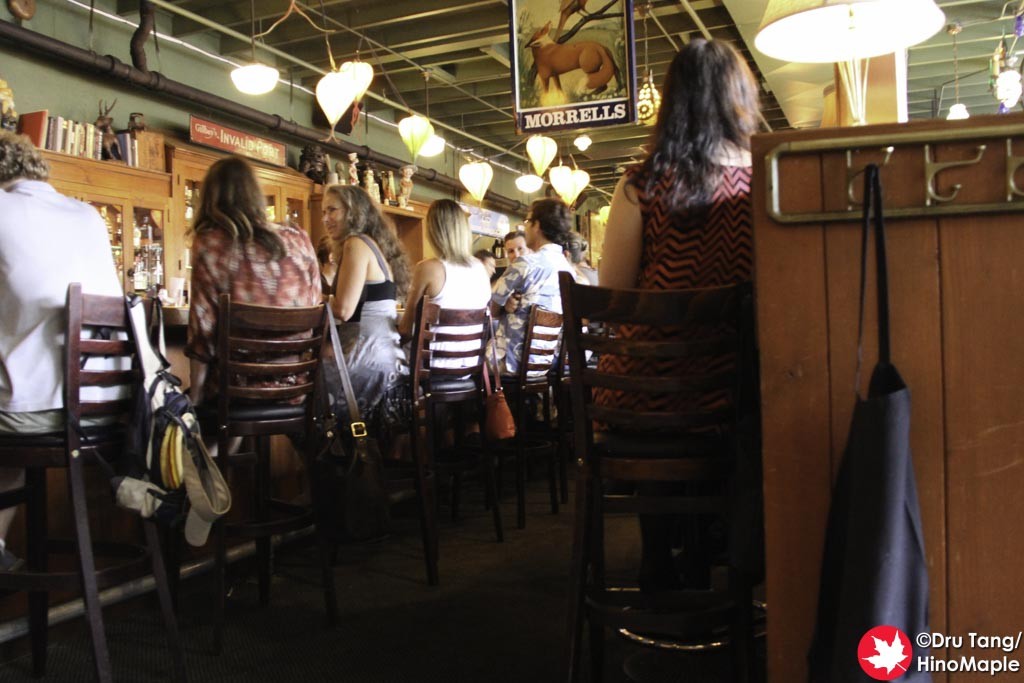 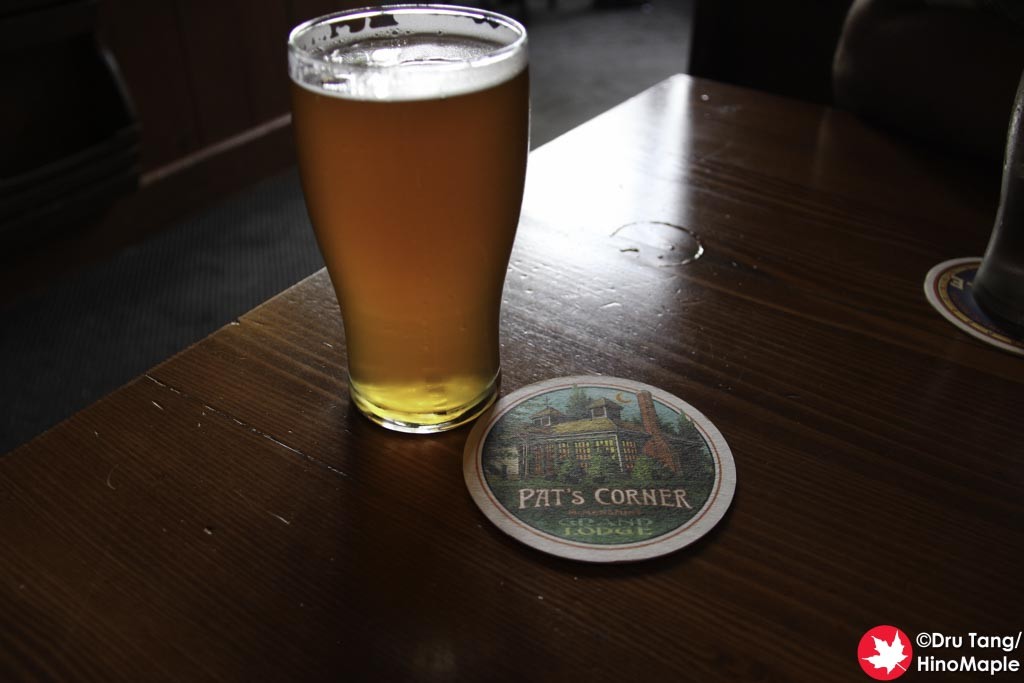 The school also has a theatre and a music hall.  You can buy beers in one area and walk around with a beer in your hand at school.  It was a little weird to do so but a lot of fun at the same time.  I really enjoyed the local band that was playing in the gym but didn’t bother with the theatre. 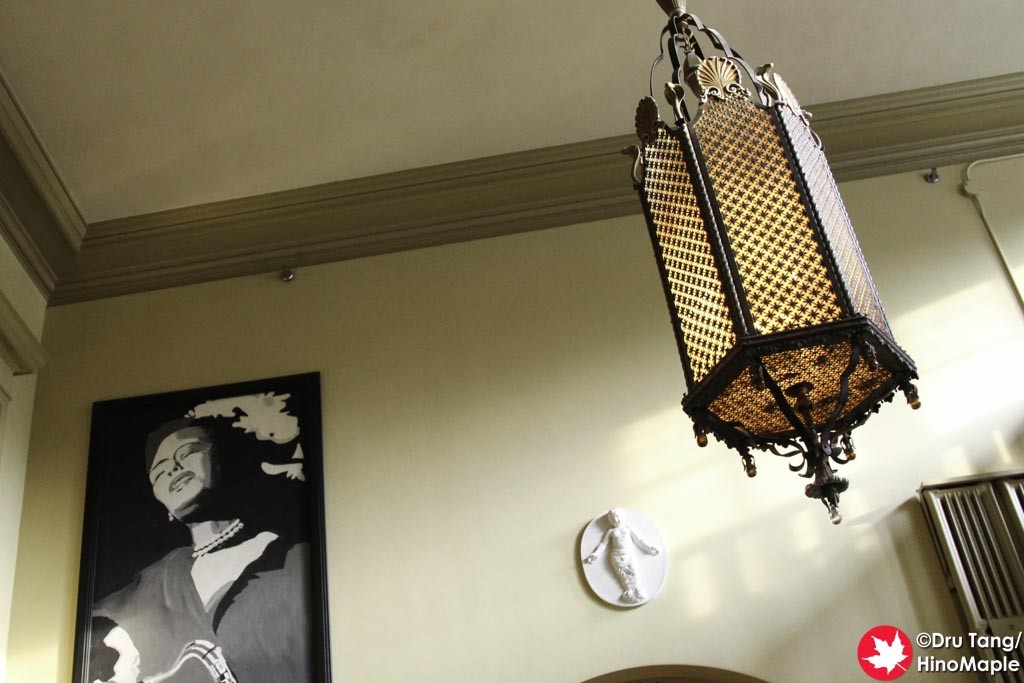 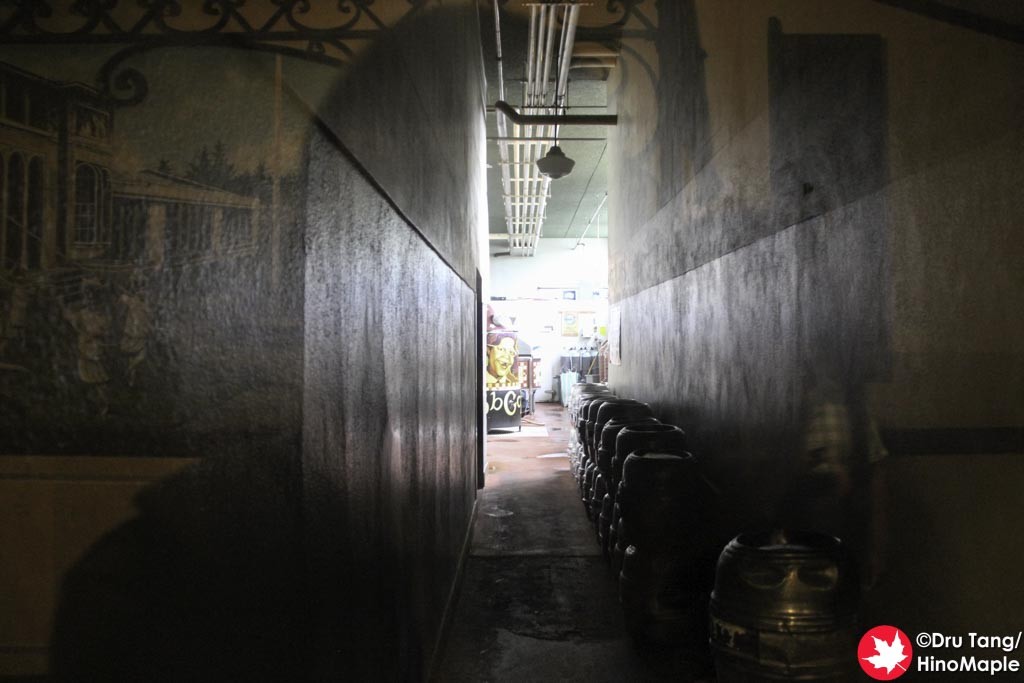 The food at McMenamins was really good.  “R” and I shared the Veg Garcia and a burger.  They were both really good and I was happy to see tater tots on the menu as well.  I couldn’t resist this childhood favourite of mine.  Obviously I had to get a couple beers and they were up to my expectations.  While they weren’t surprisingly different, they were definitely good and I felt that I should have stayed for more, but the Kennedy School had so many things that I wanted to see and do that I couldn’t spend all day in the Courtyard Restaurant. 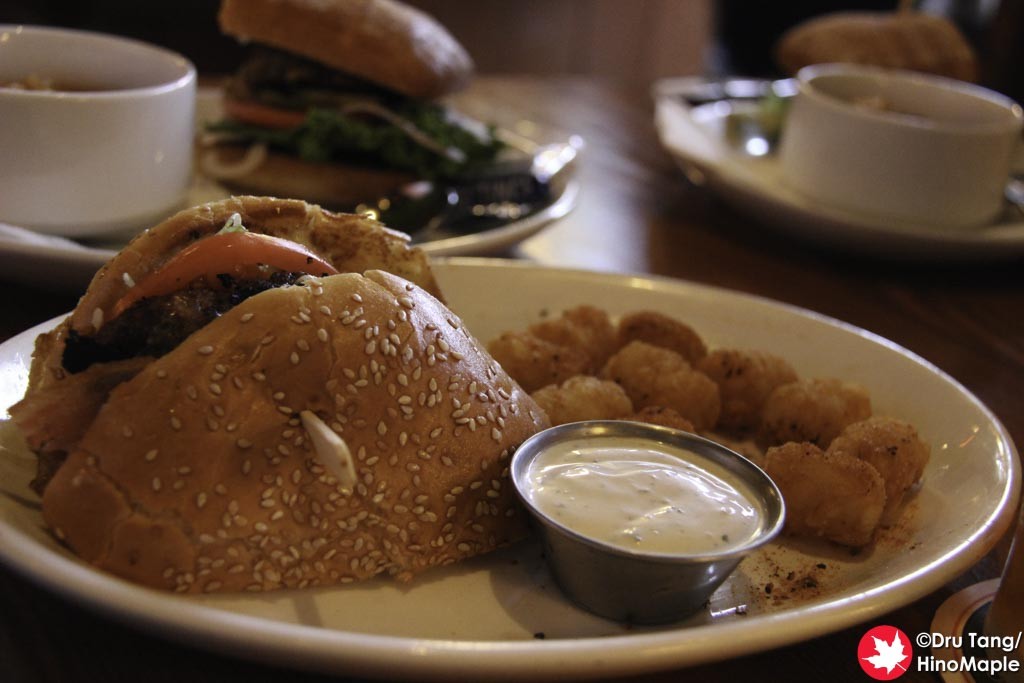 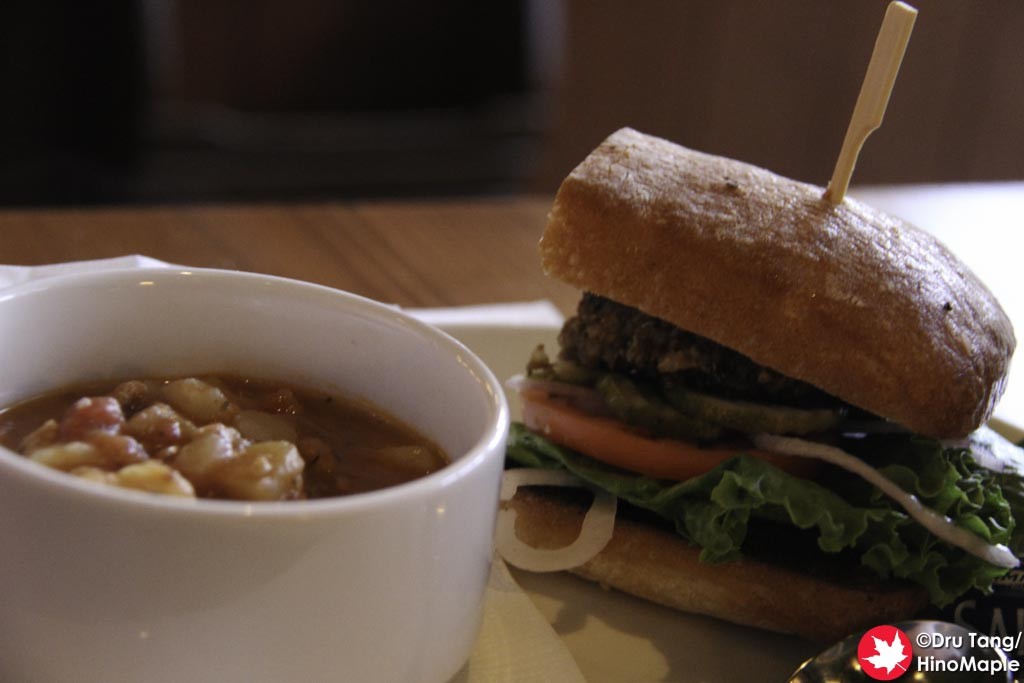 After eating dinner, “R” and I decided to go to the Detention Bar.  The Detention Bar is actually a cigar bar where you can buy cigars and enjoy a smoke in a dark room.  It was a great experience and while I didn’t care too much about what cigar I was smoking, the staff there was very informative and helpful in getting us sorted out.  She talked about the different cigars as well as helping me light the cigar.  I have never been good at lighting cigars but now I know and hopefully I can be better at it in the future.  Do note that I rarely smoke cigars so it isn’t something that I can ever perfect. 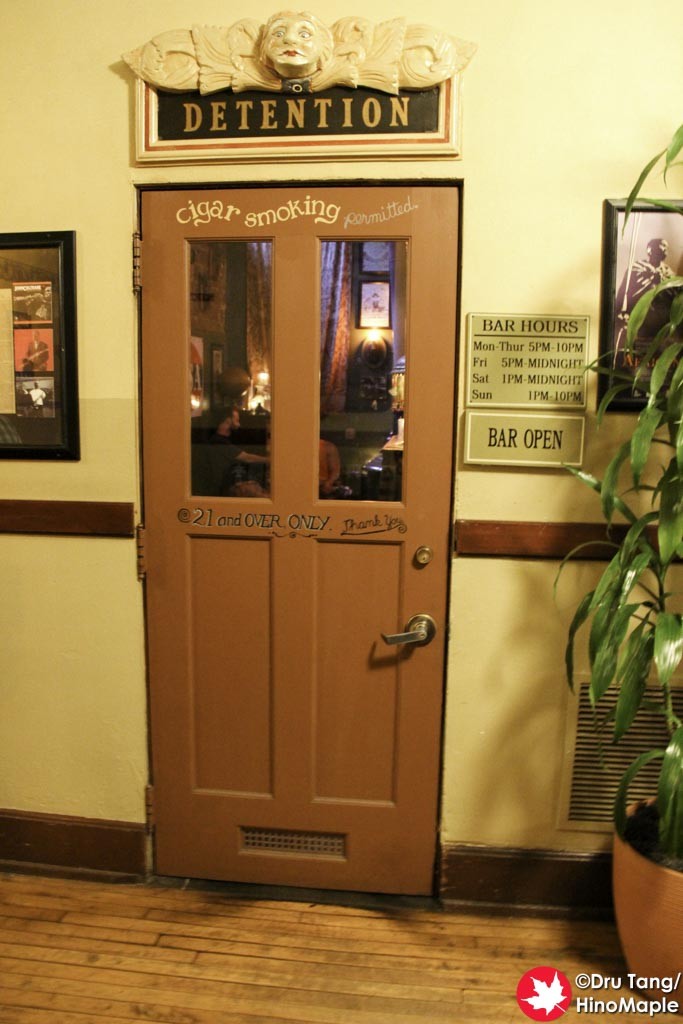 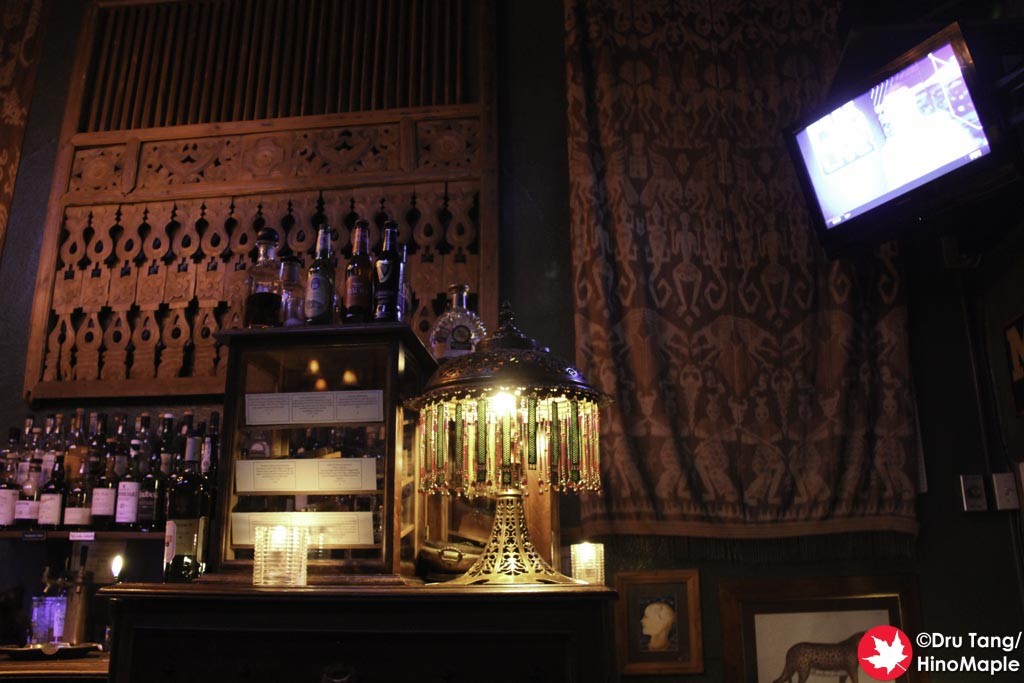 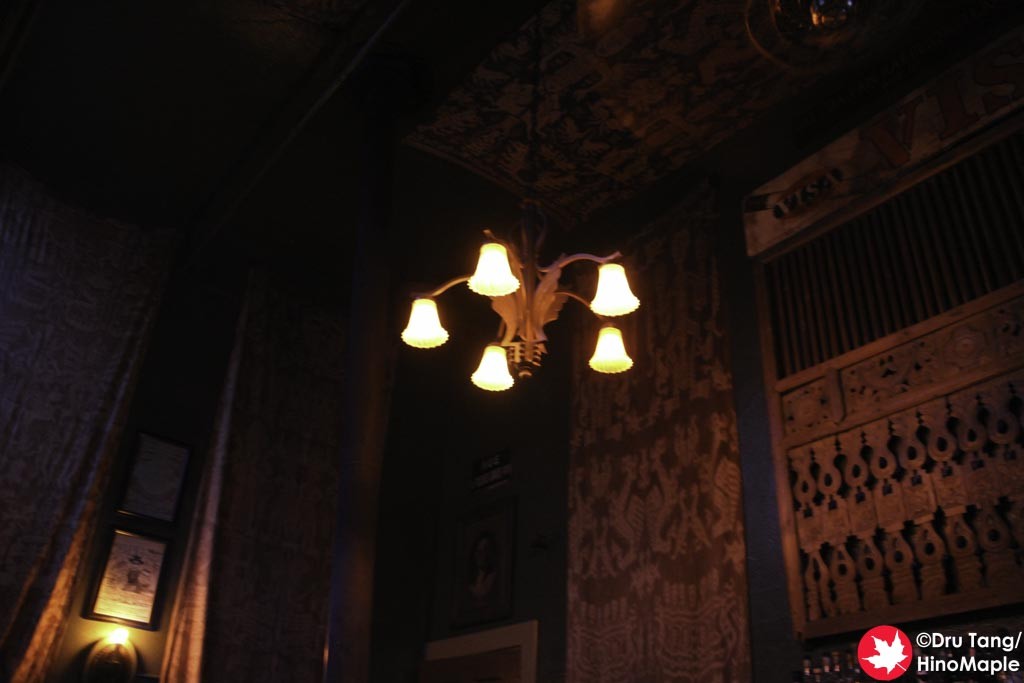 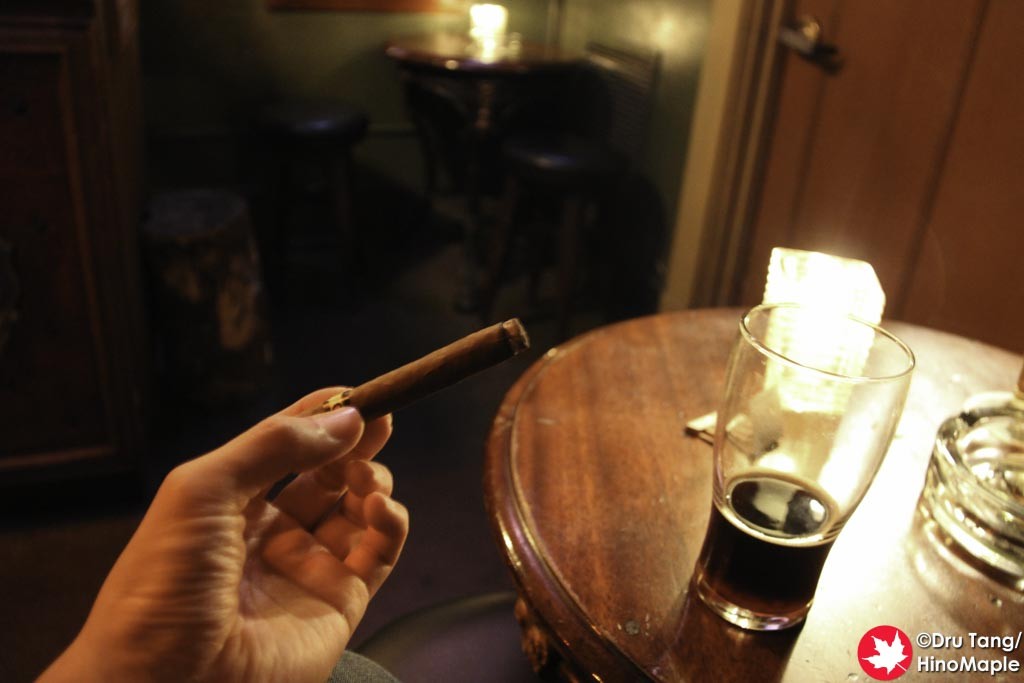 Unfortunately the Detention Bar closes a bit early and “R” still had a bit to go on his cigar, so we took my drink and his cigar outside to enjoy some fresh air.  It was really good to get outside in the cool evening air.  It wasn’t cold but just right for a nice relaxing time to catch up with a really good friend.  After we finished there, I made sure I bought a bottle of beer to bring back to the hotel.  While the main gift shop was closed when we left, the hotel reception was still open and they had a nice fridge with bottles as well. 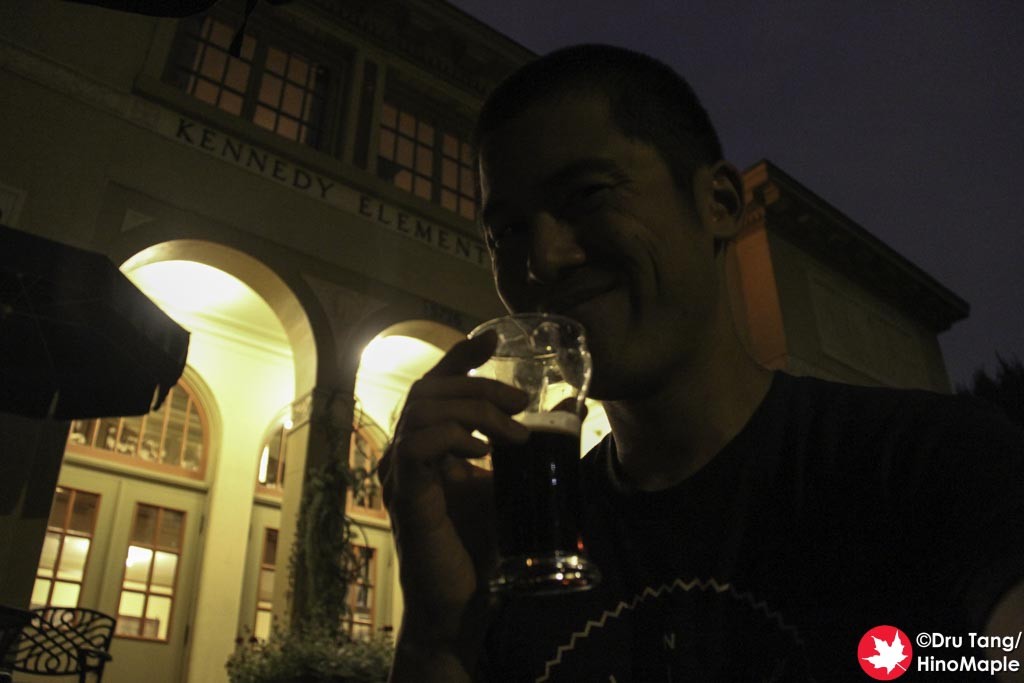 There are still a few places in the Kennedy School that I wanted to visit, such as the Boiler Room Bar and the Cypress Room.  It is something that I will have to visit in the future on my next trip to Portland.  I know I’ll be back to Portland in the future, but I can only hope it will be sooner than later.  McMenamins has a few places around Portland and you’d be remiss if you didn’t go.  You don’t have to drink beer to enjoy it as the food is really good and the atmosphere is crazy in a laid back way.  I’m still dreaming of my next visit to the Kennedy School, or one of the other McMenamins bars. 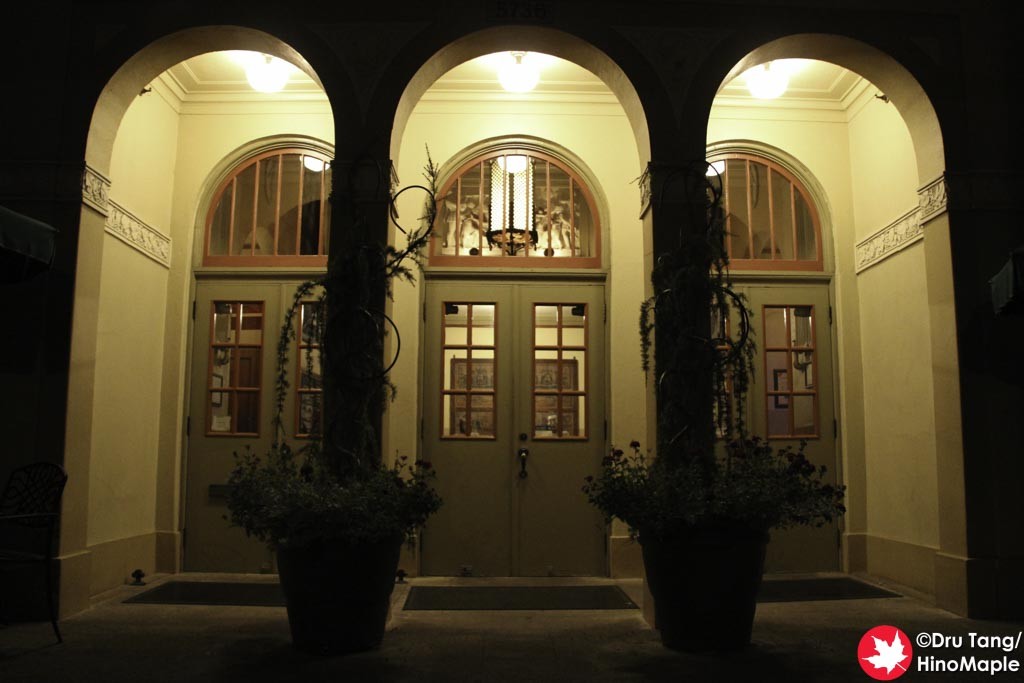