Merry Christmas to one and all!

I hope you are all enjoying the winter holidays and will all be safe.  Usually I focus on different areas of Tokyo but I I only really checked out the Christmas decorations in Marunouchi this year.  Most of the Christmas trees will be coming down within 24 hours of this post, so this is more of a review of the other decorations I did get to see this year.  If you want more detailed information on each area, click on the “Christmas” link in the Categories section under “Culture” on the right. 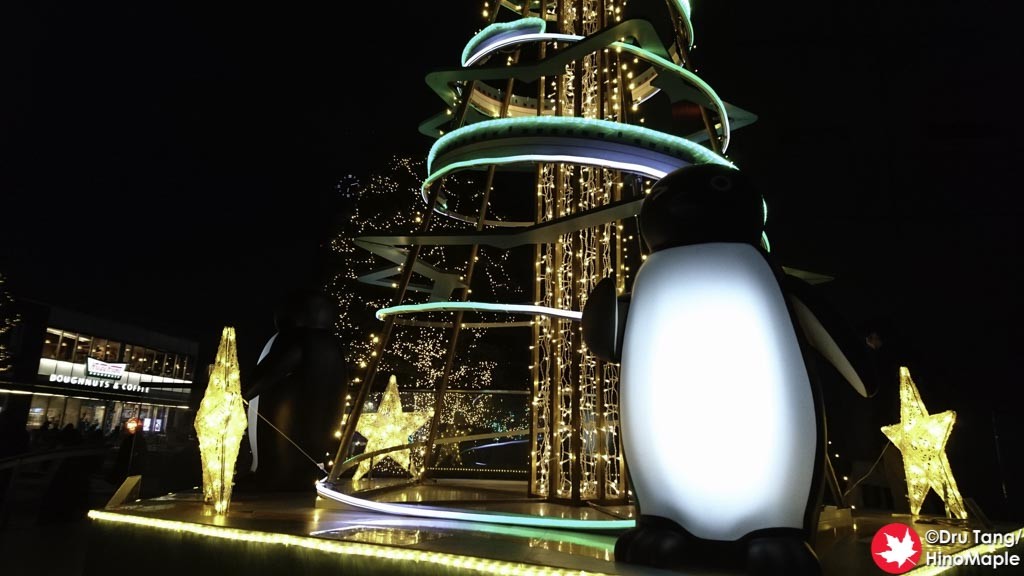 I wasn’t really impressed by the lights here this year as they were similar to last year.  I did check out the Suica Tree as I always do.  I didn’t get many good shots but I got a few. 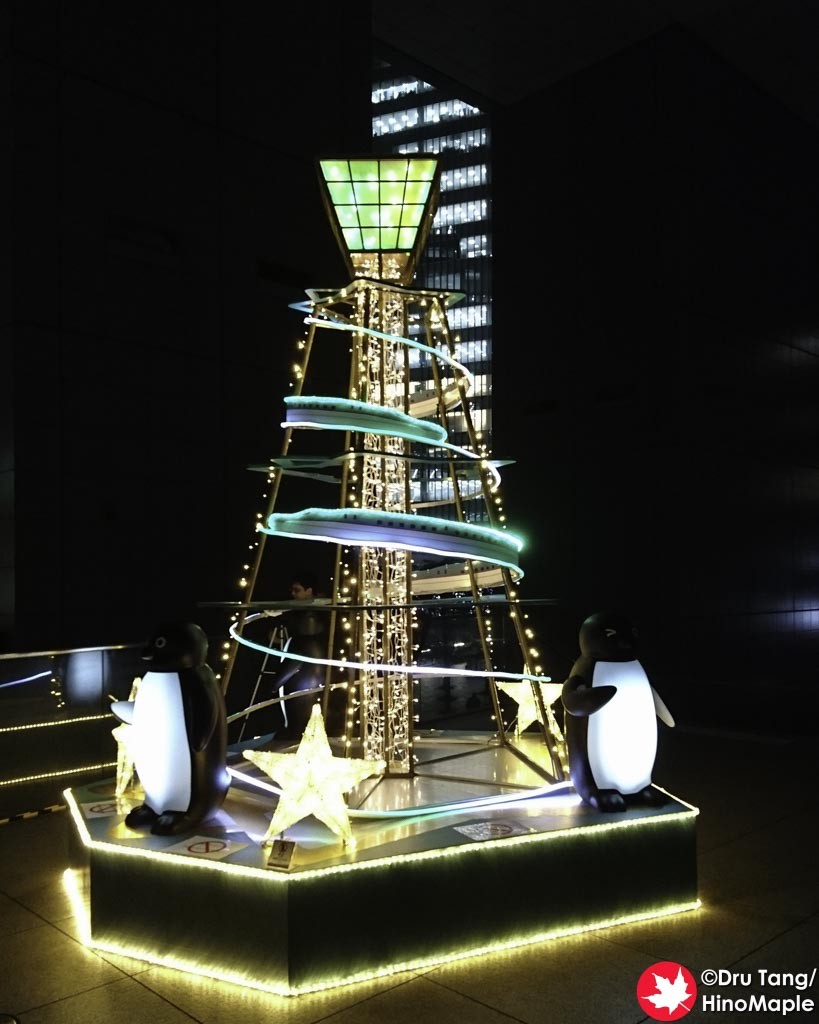 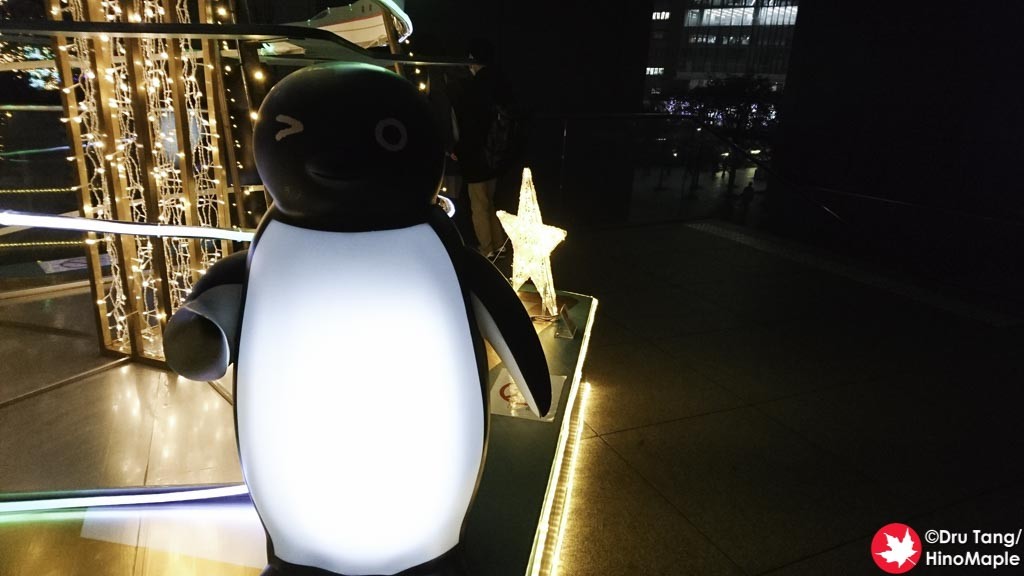 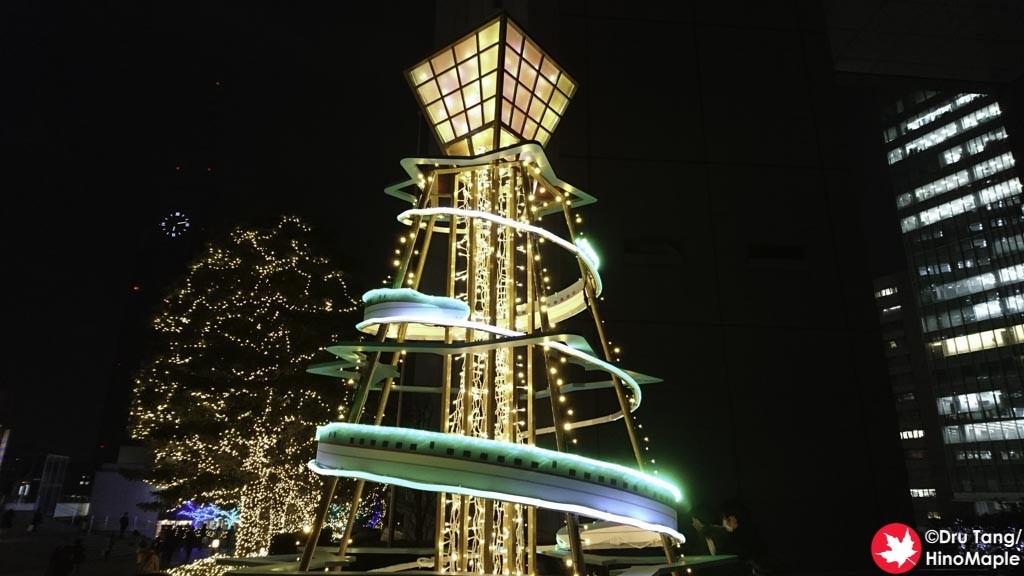 I walked through Ginza this year and I was happy to see Bvlgari is still shining brightly for Christmas.  Unfortunately the Mikimoto building is being rebuilt and they didn’t have their annual tree up, so I didn’t bother trying to see it.  Everything else looked the same in Ginza. 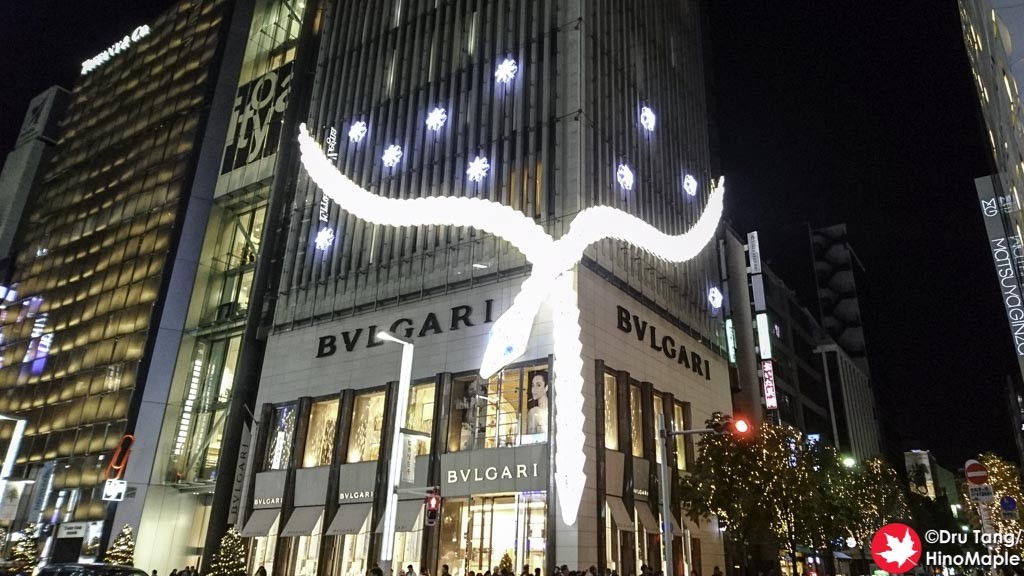 Working in this building means I can see the Christmas decorations every year.  This year was just as nice, but I was confused by the lighthouse in the middle of the plaza in front of Marui.  It was sponsored by a local radio station but looked like it could have been there at any time of the year.  It looked good with the Tokyo Kotsu Kaikan building. 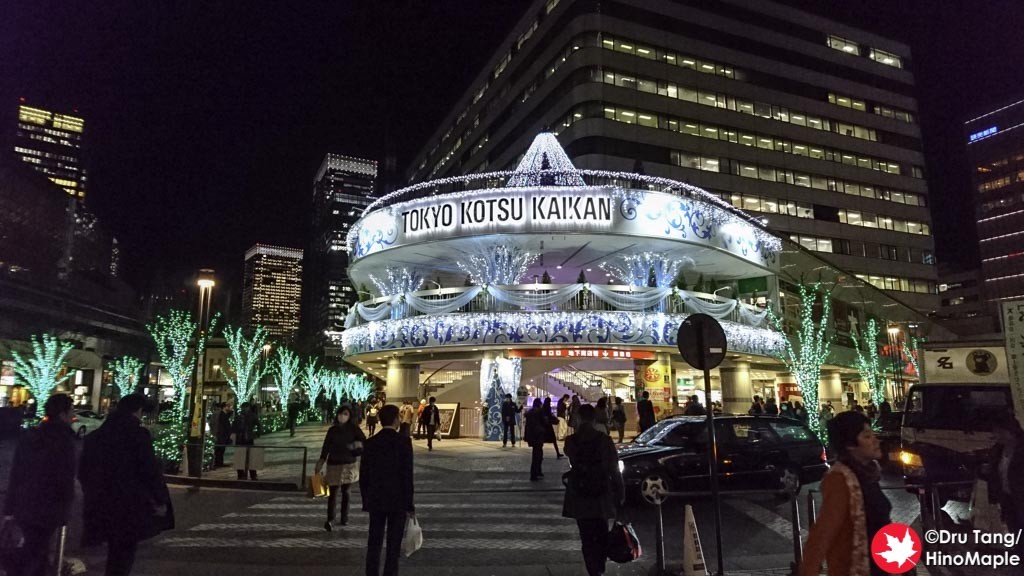 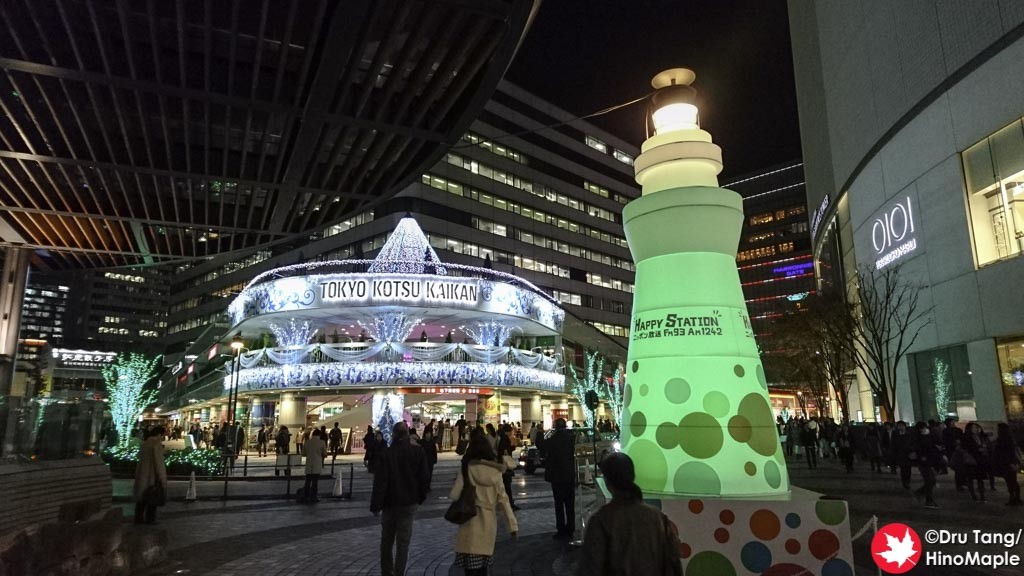 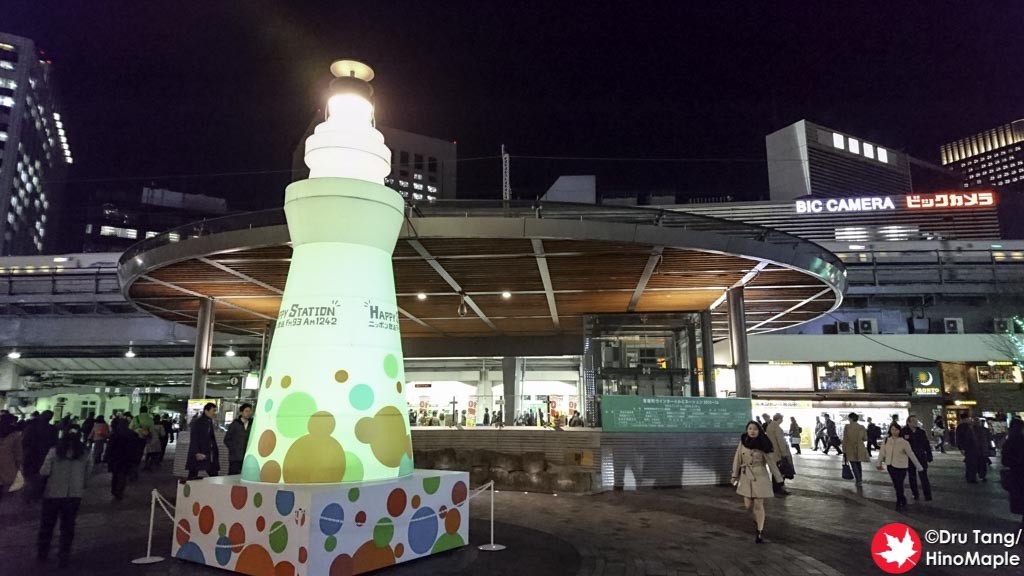 Seeing as I live in Kinshicho, it was a given that I took photos of this area.  Most of the decorations are the same as in previous years, so I won’t be adding any photos of the surrounding areas.  This year, Kinshicho has a really nice Edo Kiriko (cut glass) tree.  The tree itself isn’t very special but when they added some of these glasses to be lit up, it became pretty beautiful. 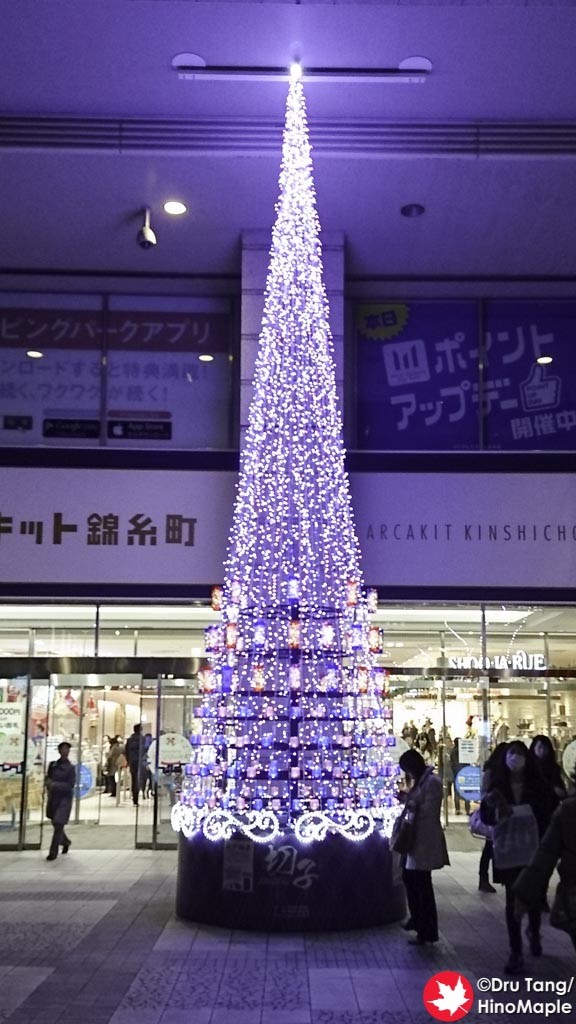 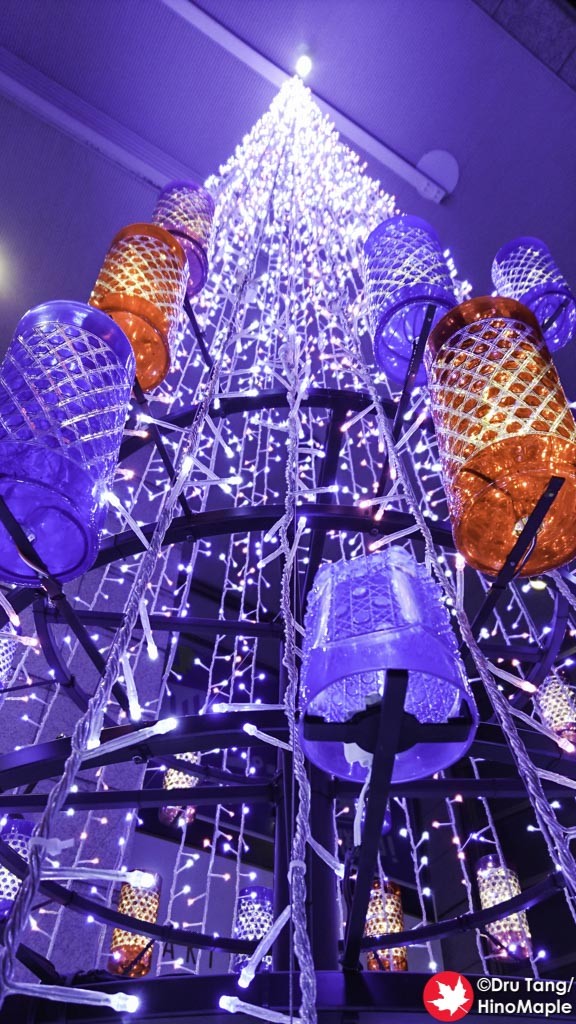 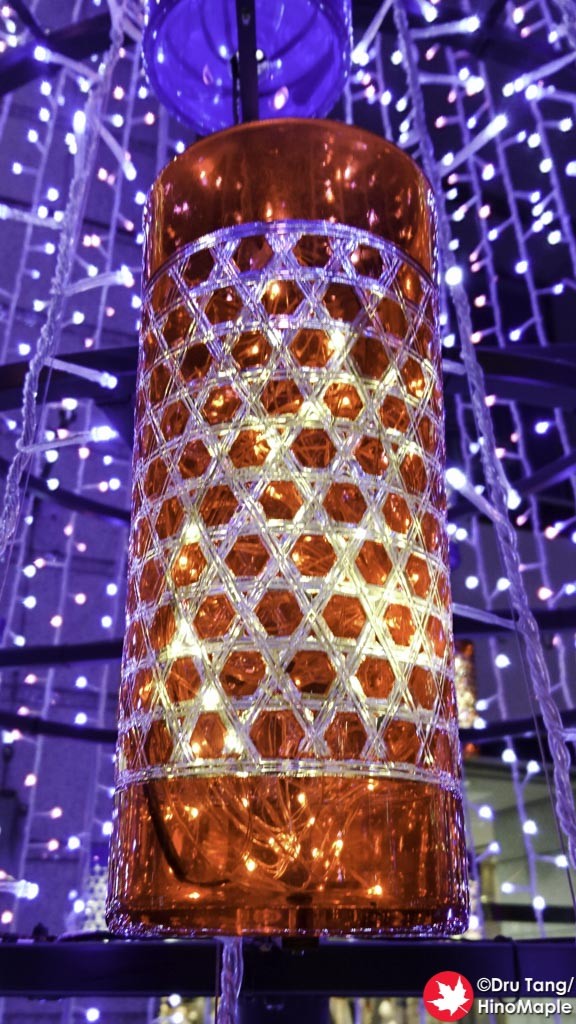 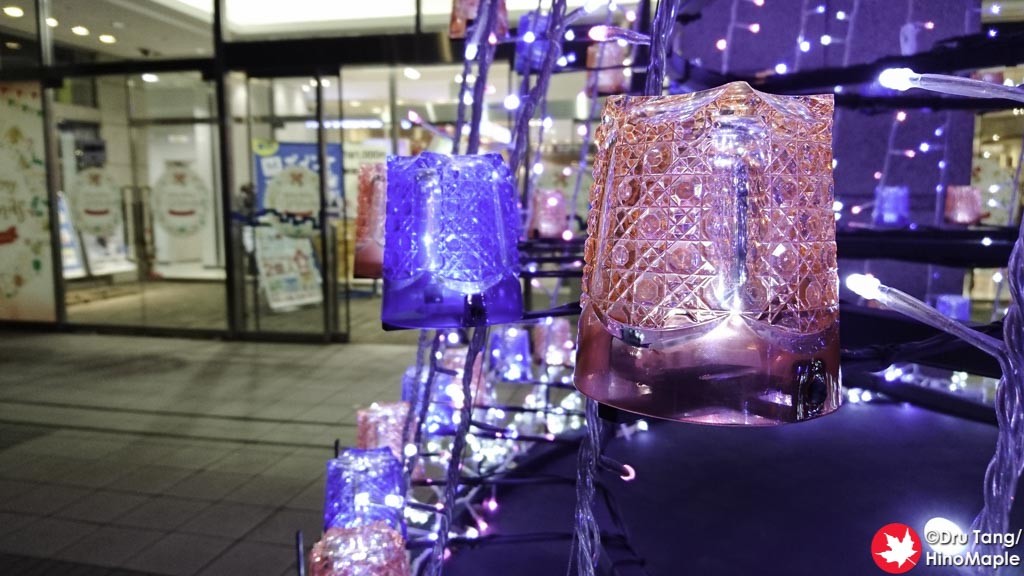 Hibiya isn’t really a big place to go and enjoy Christmas in Tokyo but I did think the lights at the Hibiya Chanter was nice and there are some nice Santas on the construction site entrance across the street. 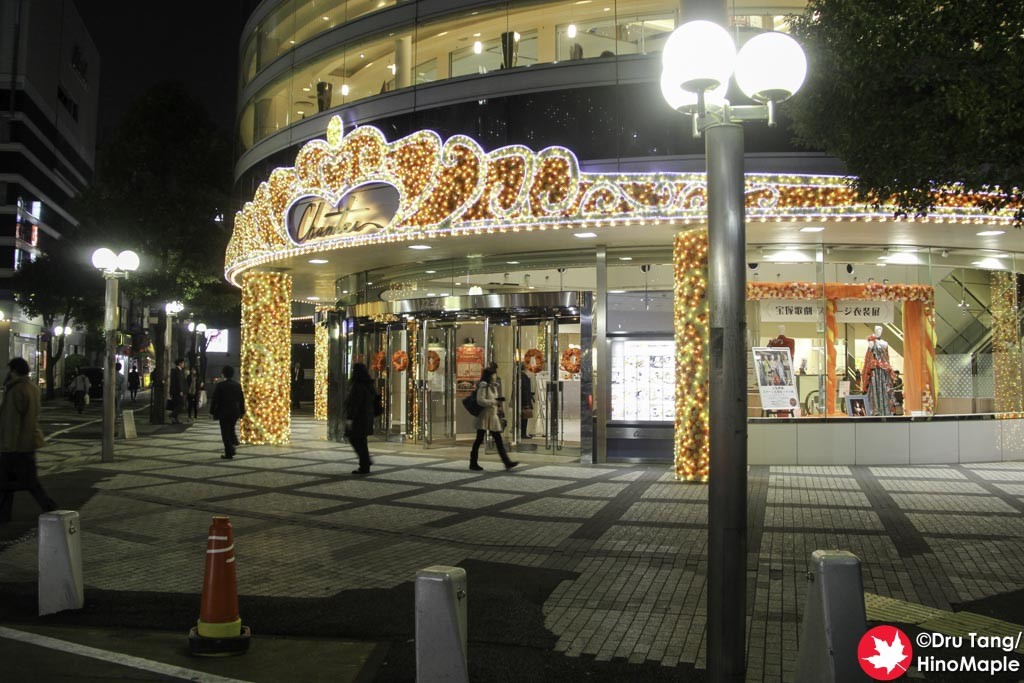 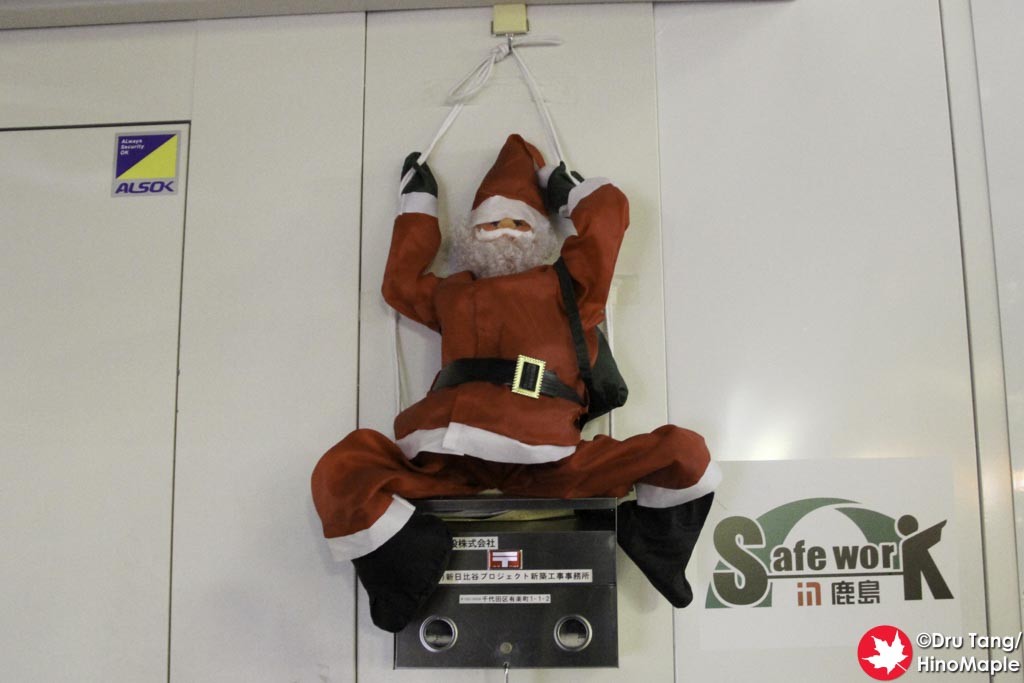 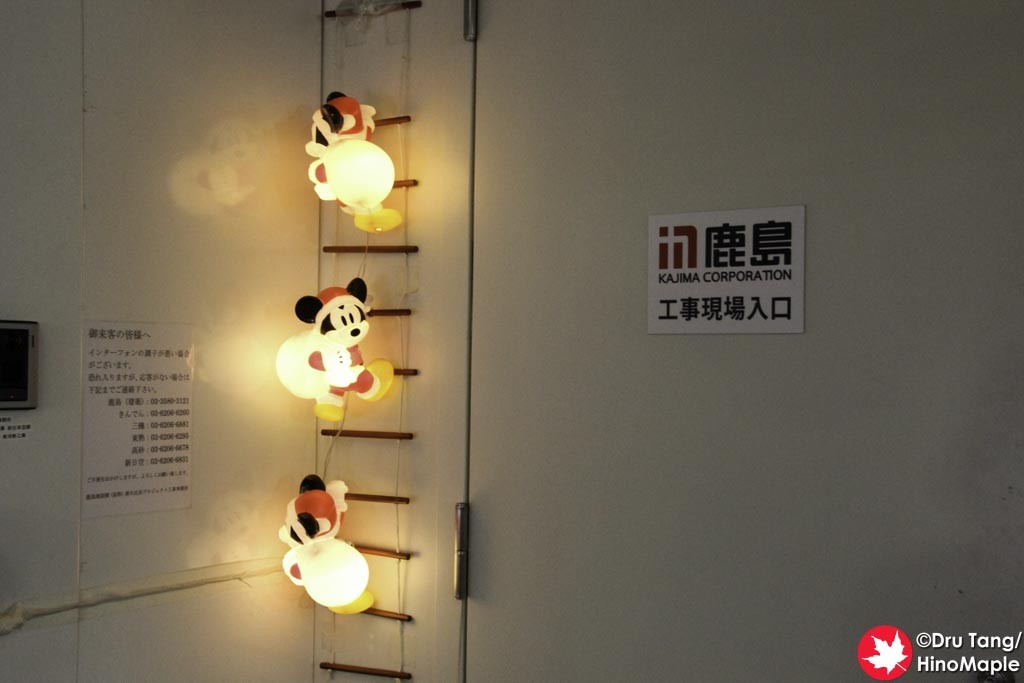 Nihonbashi isn’t an area that we think of when it comes to Christmas.  I just happened to be having a Year End party with friends and I just took a few snapshots of the place.  The Mitsukoshi Department Store, the building closest to Nihonbashi, has a large tree outside and a few of the shops featuring local items had a few Christmas themes.  It wasn’t really spectacular but if you are in the area it is nice to see a few things but not a destination for Christmas lights. 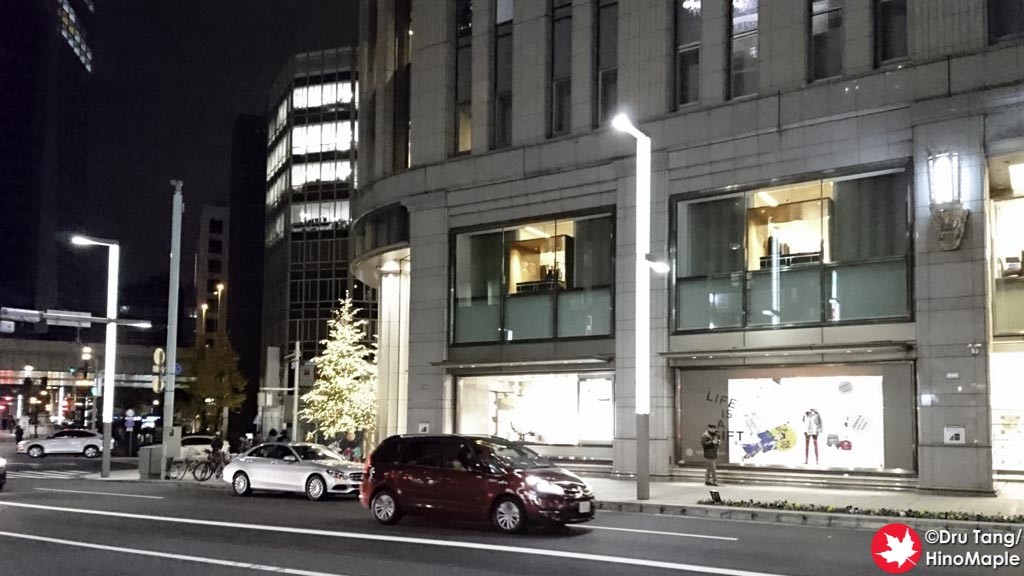 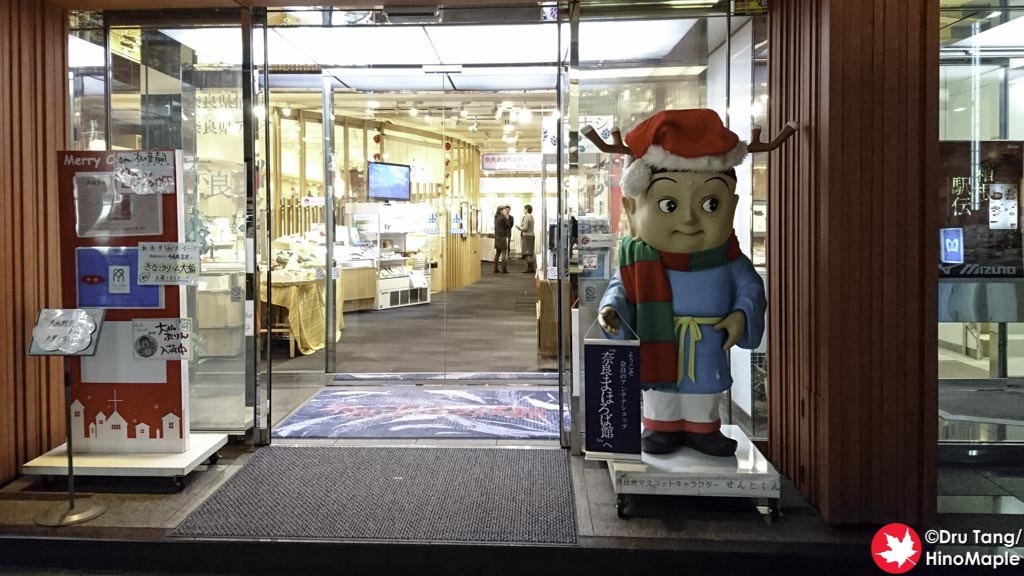 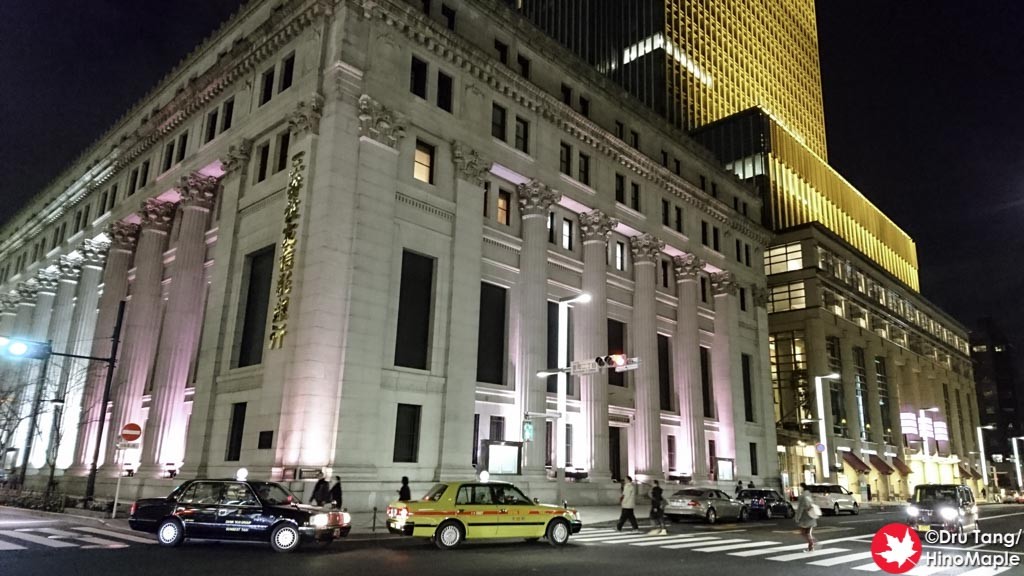 It has been an eventful year for me, for sure, and more will happen next year.  Stay tuned for my year end wrap up next week!