The Osaka Monorail is a rail line that many people won’t use, and probably won’t care to use.  It is a good way to access Itami Airport, which is Osaka’s domestic airport, but it is also a good way to get around the northern areas of Osaka Prefecture.  I had a chance to use the Osaka Monorail and to be honest it wasn’t that interesting.  It is a typical monorail and if you have ever used the Tokyo Monorail to get to Haneda, or most other types of monorails, there really isn’t anything interesting.  The stations are pretty standard but the views from the trains are really nice. 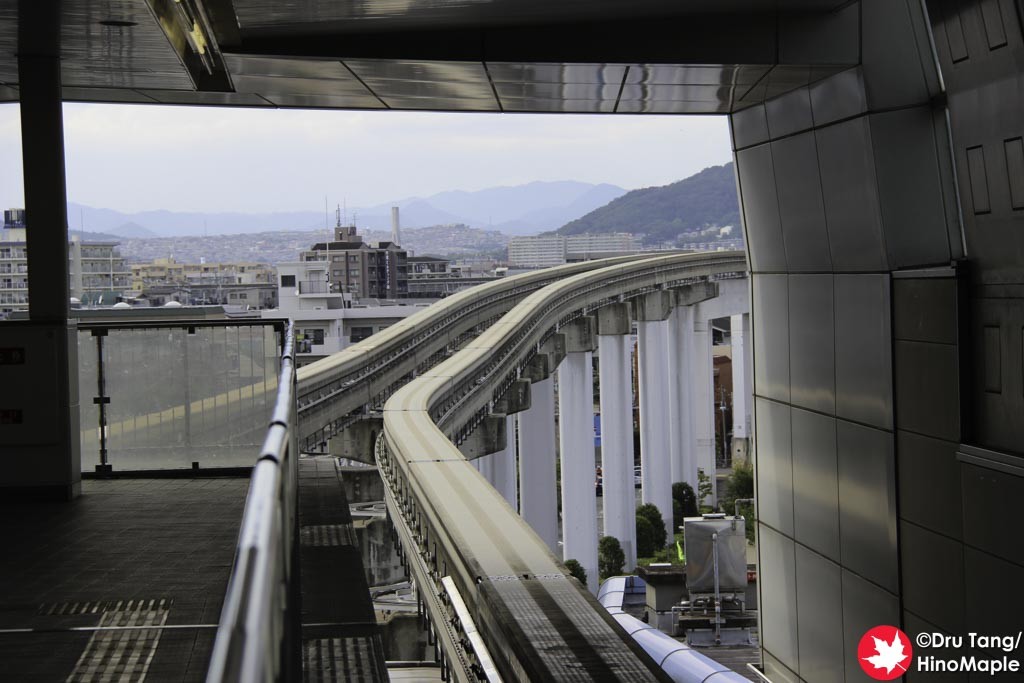 Most of the line that I travelled was along a major highway.  Because it was a monorail, you get a good view of the surroundings.  Unlike other elevated trains in Japan where you are generally in central neighbourhoods, the Osaka Monorail is a little suburban with good views everywhere.  You can really get a good idea of what the suburbs of Osaka are like. 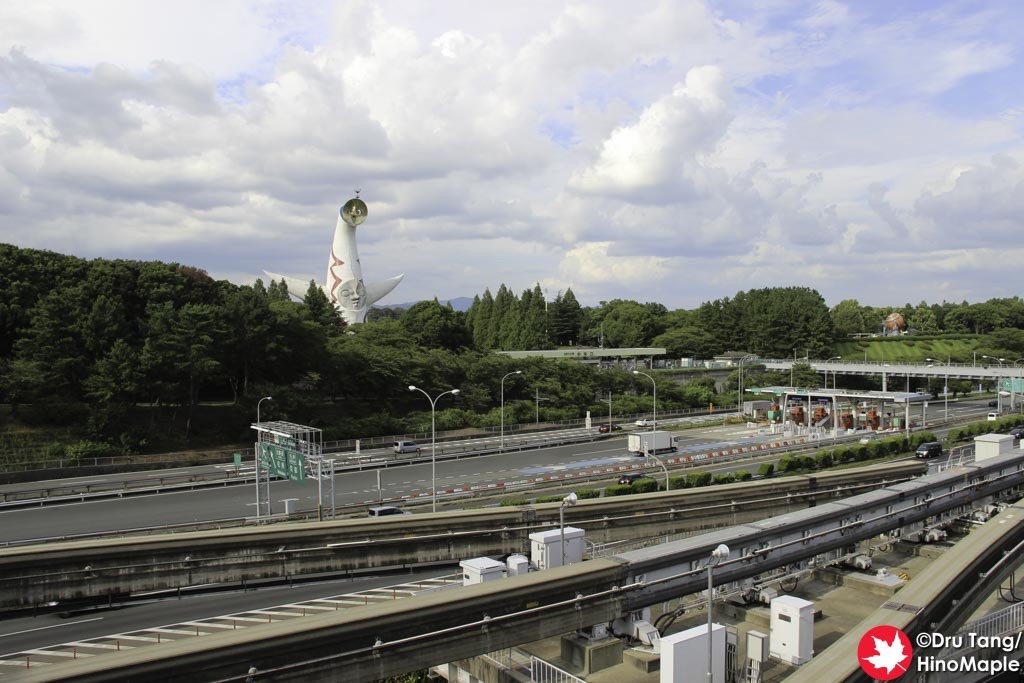 The most interesting aspect of the train line was when I was at Bampaku Kinen Koen Station.  It is the main station for the Expo ’70 Commemorative Park and also where the spur line begins.  As you walk to the Expo ’70 Park, you actually go under the monorail tracks and there is a switching station there.  Most of the monorail lines that I have ever seen in my life tend to be simple 2 track designs; the trains go along the track and that is it.  I rarely see the sections where trains can switch off to other directions.  Thankfully with Bampaku Kinen Koen Station, you can actually see the switching stations at work quite often. 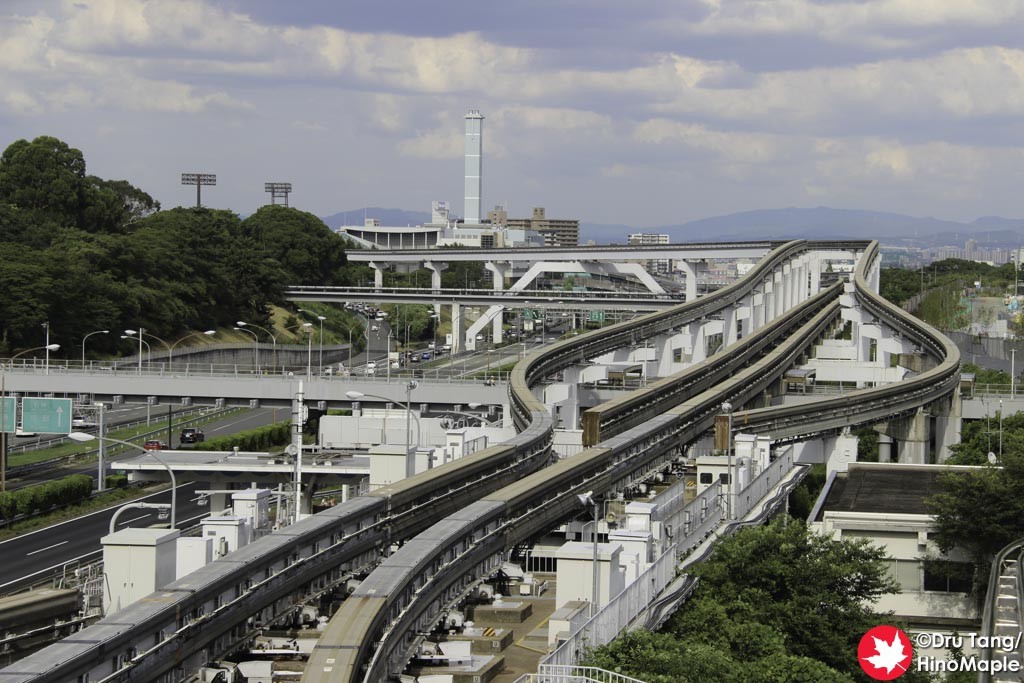 While the track change is pretty simple and a little brute in how they do it, it is also elegant.  I really thought it was pretty and a simple design, like a pretzel.  Honestly, there really isn’t too much to say other than I liked the look and wanted to show it to you.  If you do head up that way, be sure to just look out the window or if you are going to the Expo ’70 Park, take a longer look. 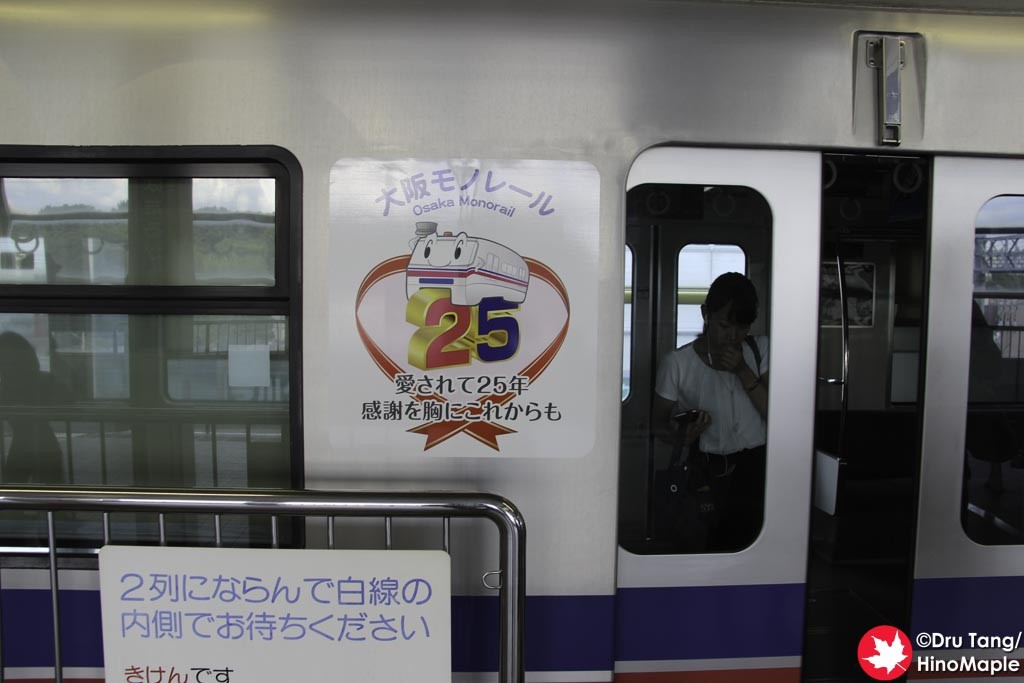