This year I took what may be my last opportunity to visit the F1 circus at Suzuka for a while.  Starting next year I am expecting to be too busy to really travel around and I expect that I won’t be going to Suzuka for at least 5 years or longer.  I had to take this opportunity to make my way to Suzuka for one last F1 race and enjoy myself as much as I could. 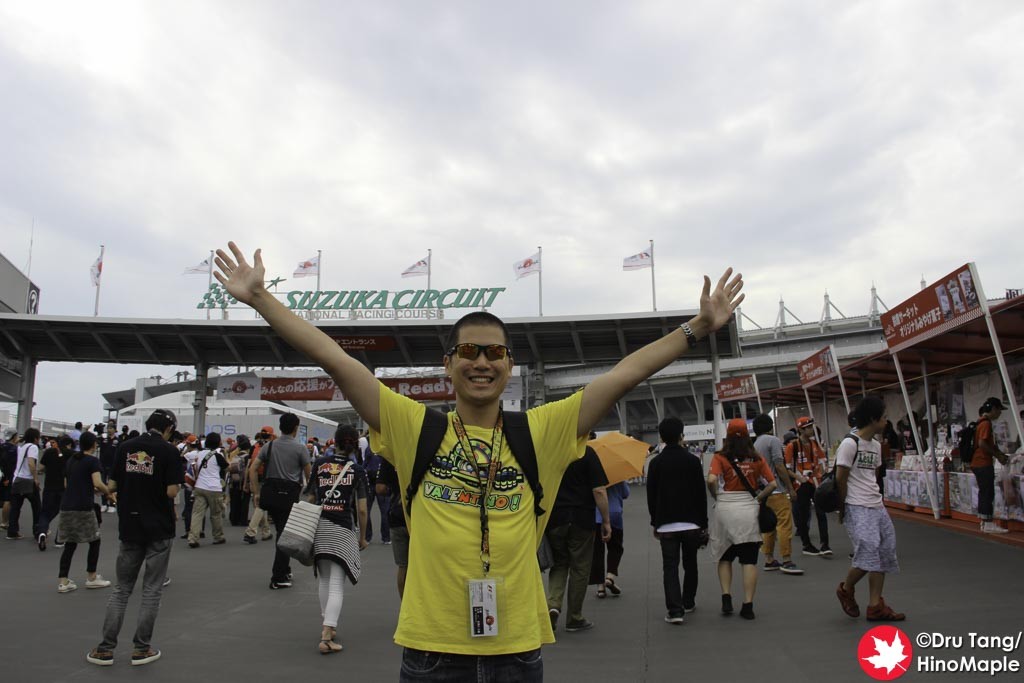 I had originally planned to visit Suzuka for 4 days, but that all came to a close due to laziness and I ended up going for only 2 days.  I originally wanted to go early and walk the East Course walk again but since I had been to the Craft Beer Festival in Matsumoto the day before, I decided that I would take the day off to relax and get packed for the trip to Suzuka. 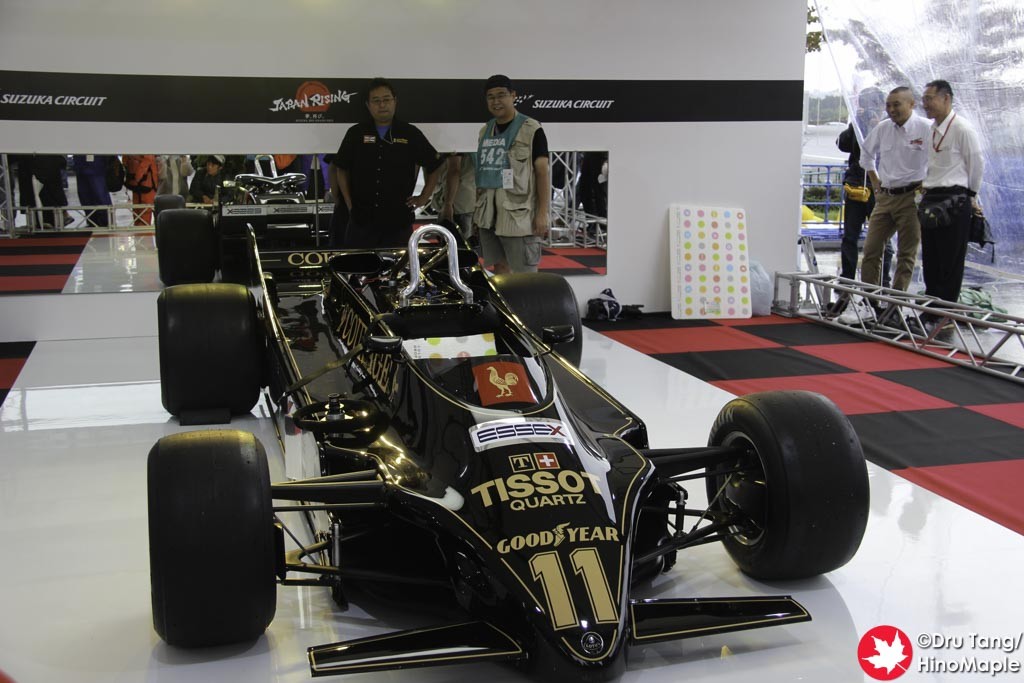 On Friday, I headed to Suzuka to get there in time for Free Practice 2 (FP2).  It is a long trip to get there and thankfully I wasn’t going there bright and early in the morning.  It wasn’t very busy so I was able to get a seat the entire way, and I was early for my transfers, which made things easy and smooth.  I then made the traditional trek to go from Suzuka Circuit Ino Station all the way to the track.  When I got there, everything was pretty typical.  Going on Friday meant that the main area wasn’t too busy and I could get a few nice photos.  On race day, I’m sure it was 3 times busier based on how many people I saw.  I just can’t enjoy shopping when it is so busy. 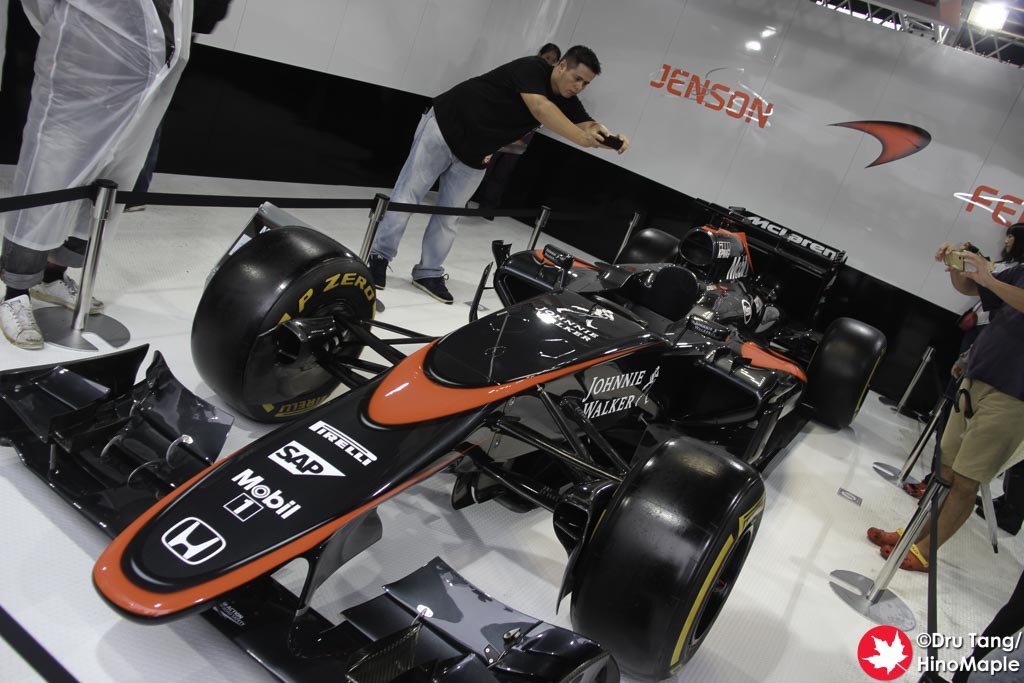 The main reason I enjoy going on Friday is because it is free seating.  If you have a seat, you usually give up your seat to whoever paid for it, but generally speaking you can sit anywhere you like.  I went to the last chicane and watched as the drivers tried to master Suzuka in the wet.  It was mostly dry at the start but during FP2 it did start to rain a bit heavier.  I took off at that time as I just didn’t want to sit in the rain too long. 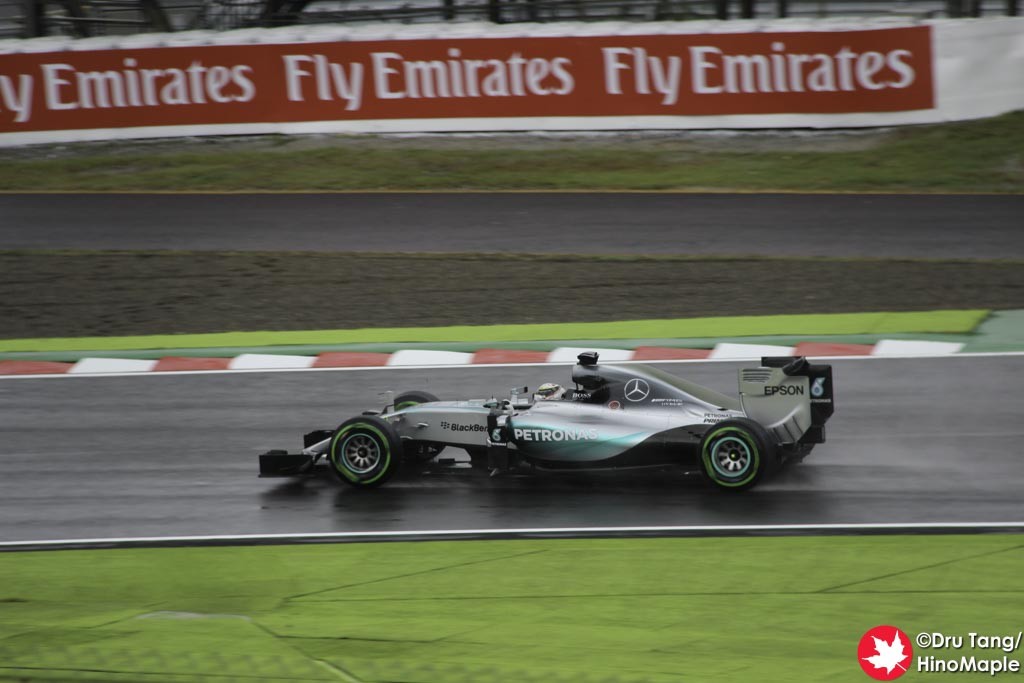 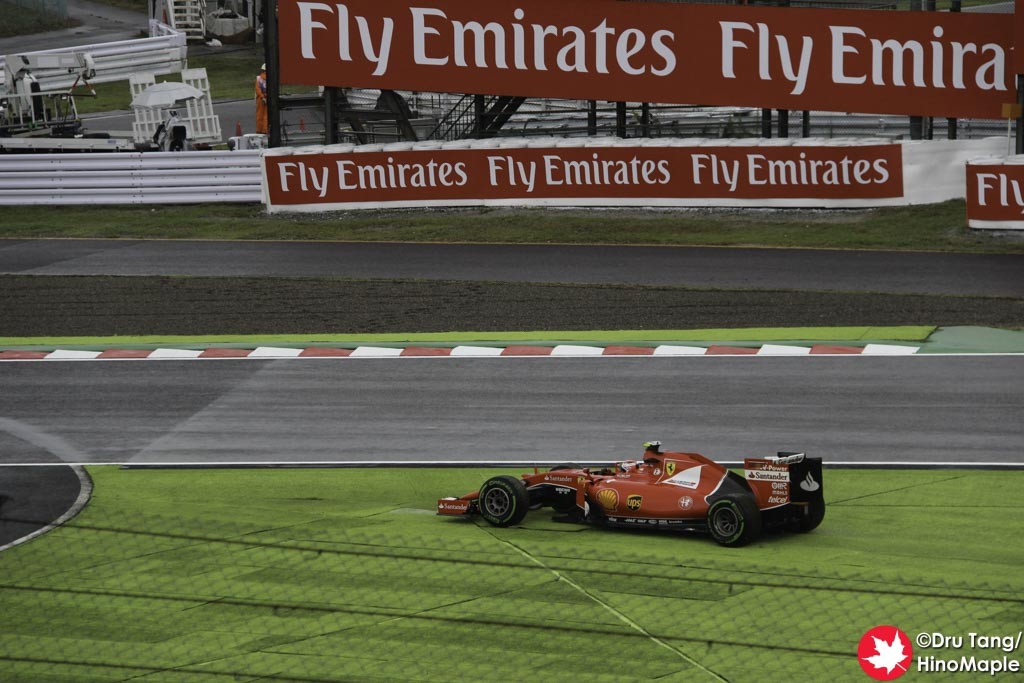 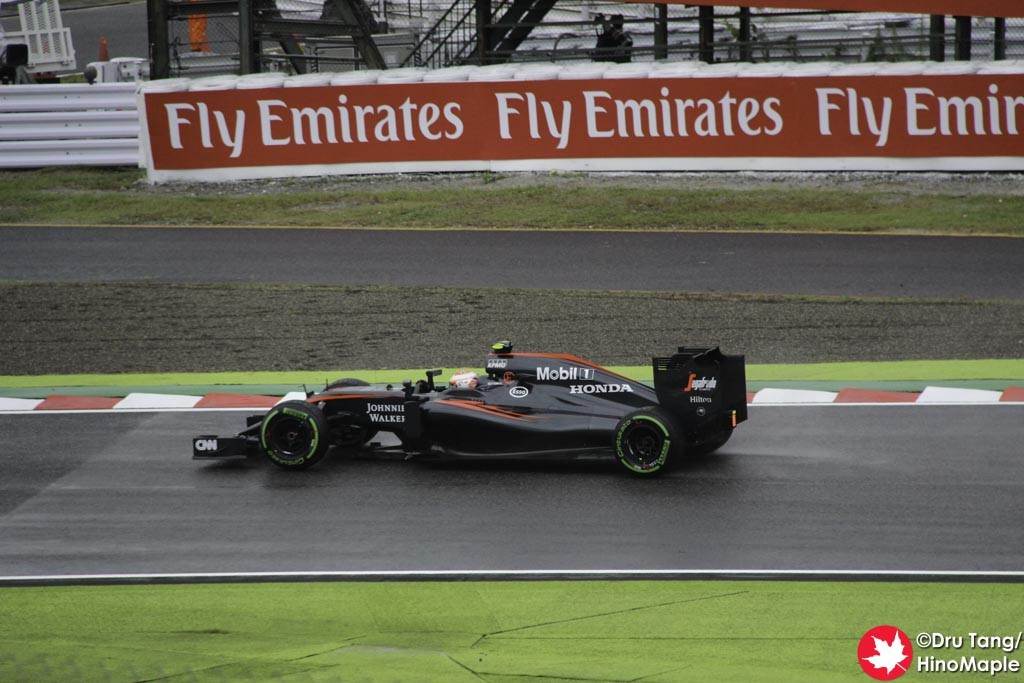 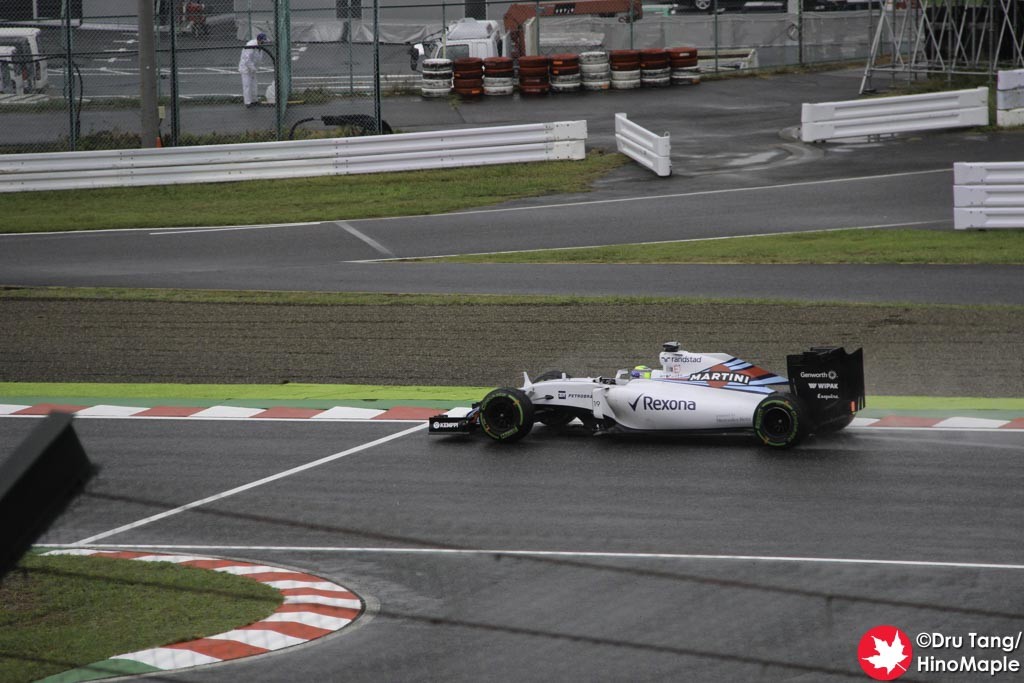 I felt a need to do a little motorcycle pilgrimage while I was at Suzuka.  At the last chicane, there is a small memorial to Daijiro Kato, a promising motorcycle rider who many tipped to be a world champion.  He unfortunately died in a crash at Suzuka at the final chicane and MotoGP racing has never returned due to safety reasons.  At the chicane there is a small memorial to Daijiro Kato and there are a lot of stickers there.  I originally looked for the memorial on a fence but it was actually on a guard rail.  It is easy to miss on Friday as there were no flowers but as I was there a young lady put a bottle of Pocari Sweat as an offering to Daijiro.  It was really nice to see but since I am not Shinto, I didn’t do anything but make a small prayer. 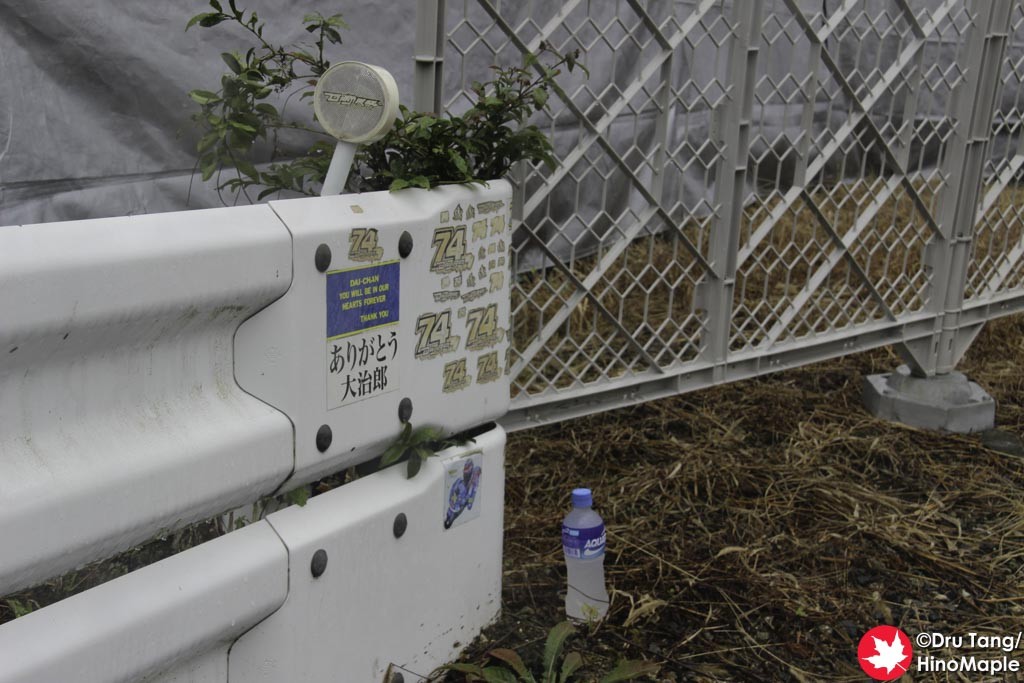 As always I decided that I wanted to stay south of Suzuka Circuit.  This is because it is not as busy and I can usually get better hotels that way.  I spent my first night in Matsusaka before spending Saturday in Ise.  I then spent a night in Tsu before returning to the track for the race.  I wasn’t really interested in qualifying but I did miss out a little on a big crash. 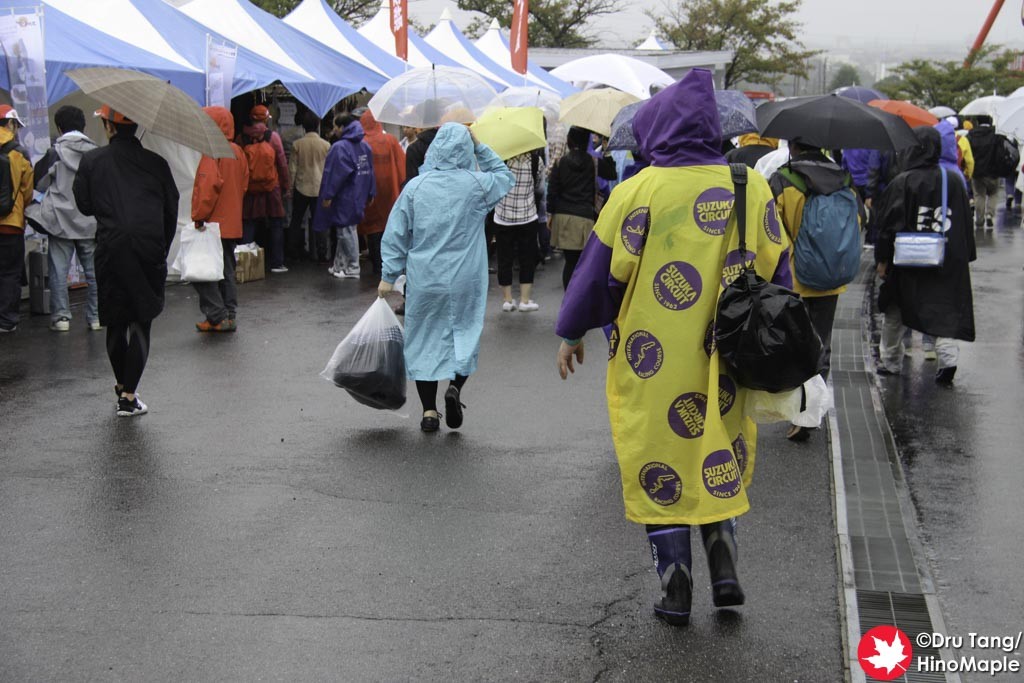 For the race day I got to the track by 1030, put my things in a locker and headed straight to my seat in the S Curves.  I was right at the end of the S Curves, under the signs, so the view wasn’t very good.  I didn’t mind as I was there for the race and the atmosphere and it was good. I basically had front row seats as the front row was empty; I was as close to the action as I could get.  The only problem was that the fence was in the way and I couldn’t get such good photos.  I did my best but I just enjoyed it as much as I could. 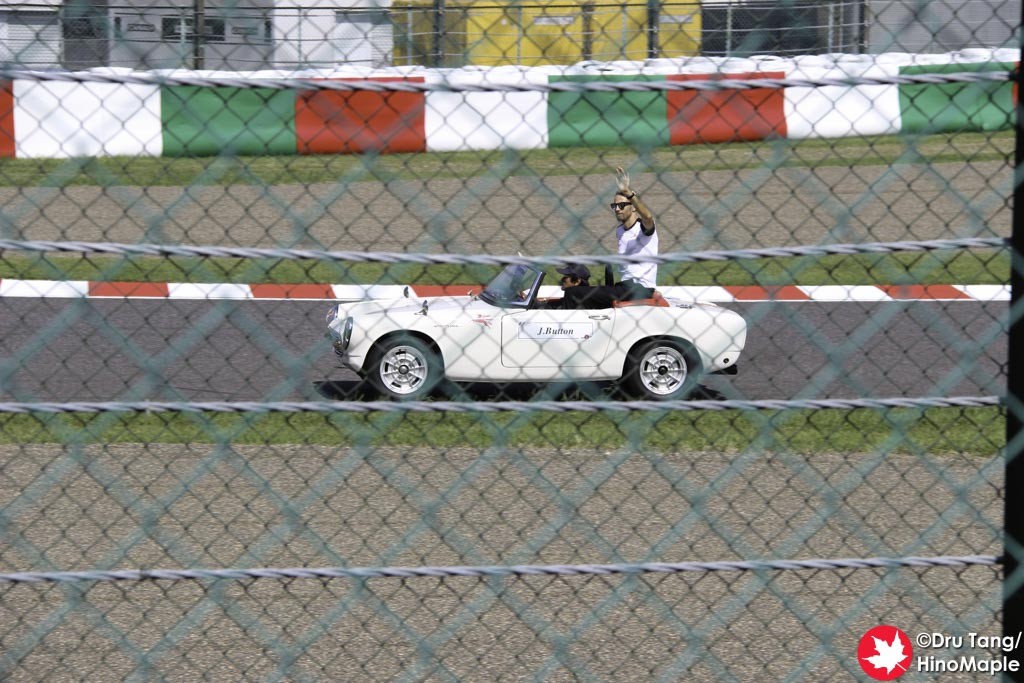 Jenson Button During the Drivers Parade 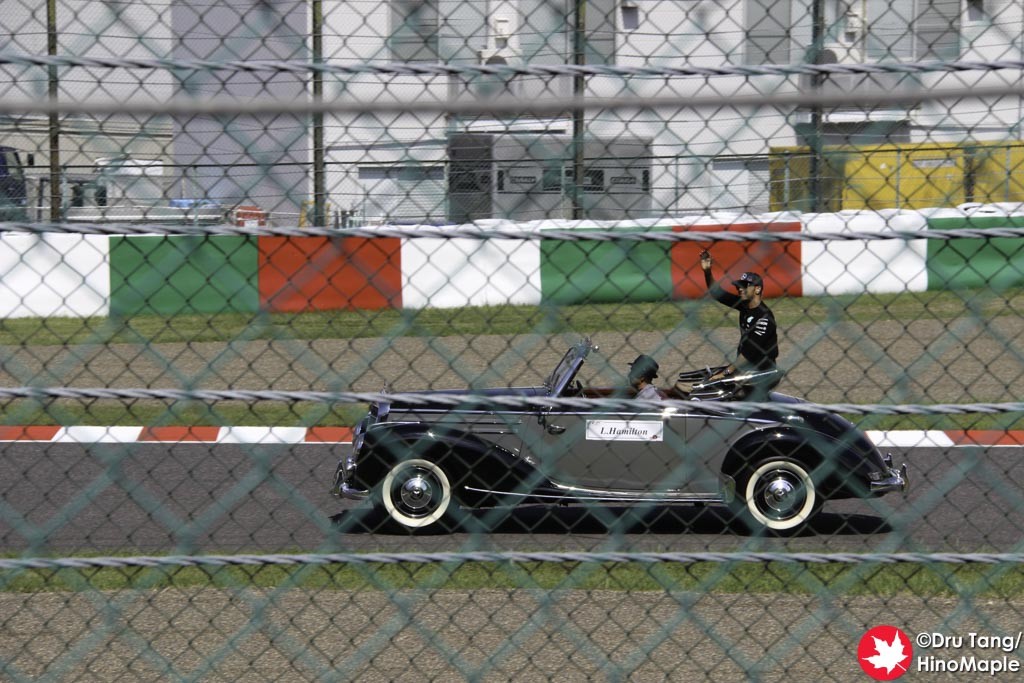 Lewis Hamilton During the Drivers Parade 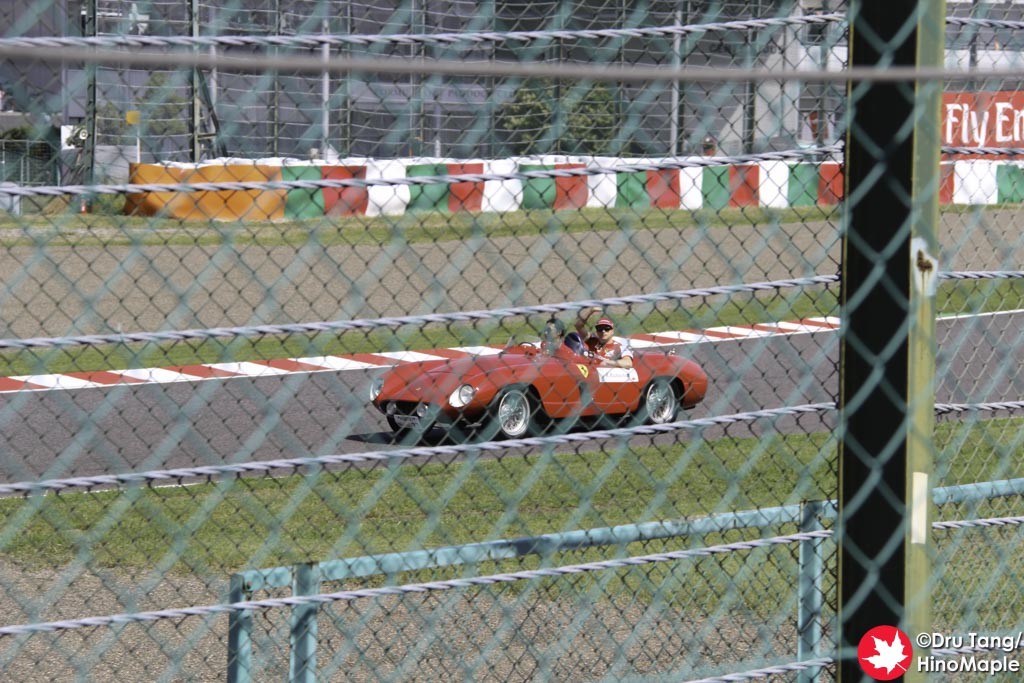 Kimi Raikkonen During the Drivers Parade 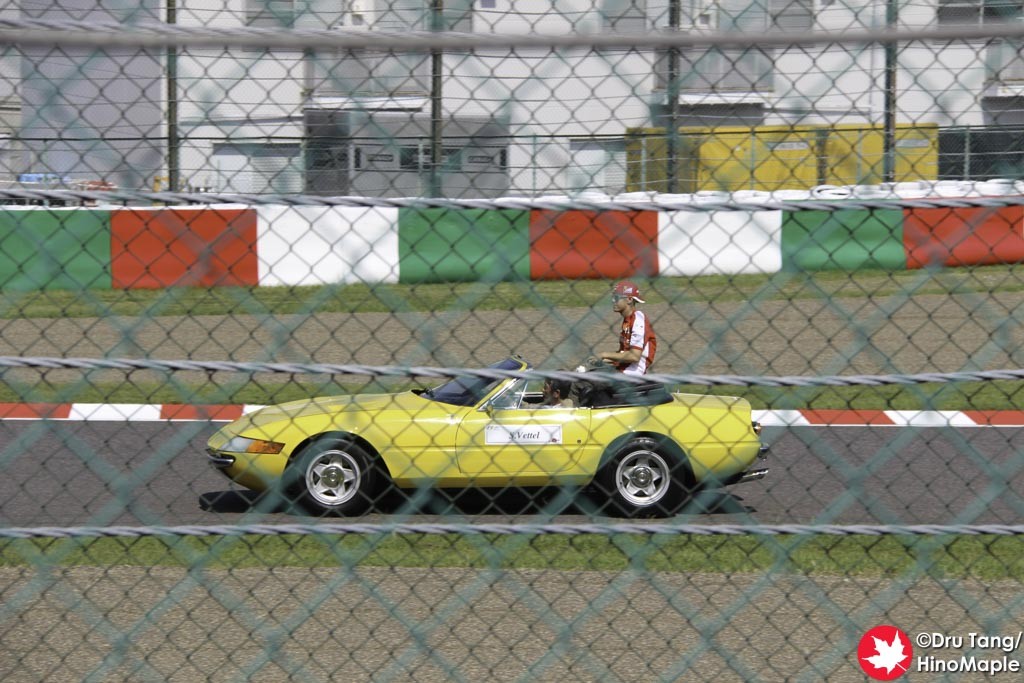 Sebastian Vettel During the Drivers Parade 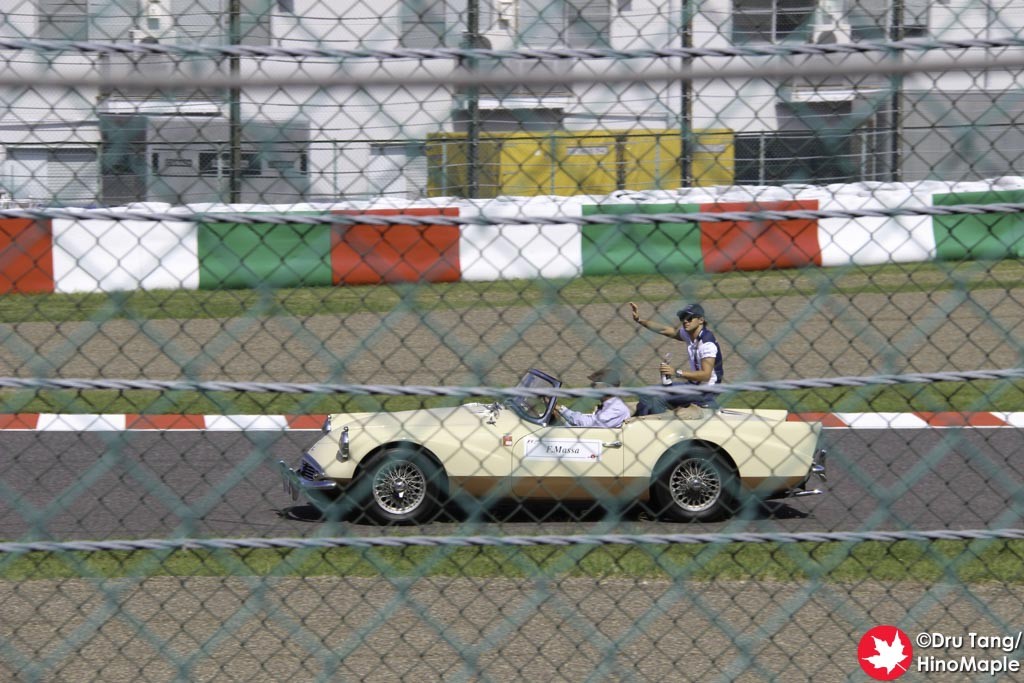 Felipe Massa During the Drivers Parade 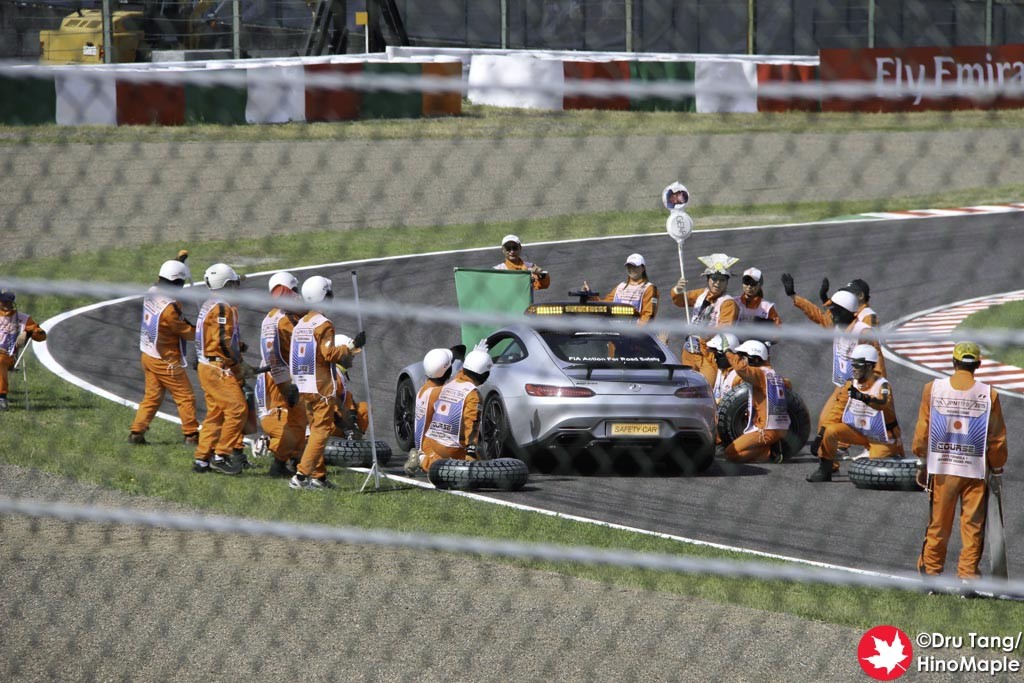 This year, instead of making the big rush back to the station, I decided to just hang out at the track for an hour or so in order to avoid the packed trains.  If you are ever in need of a place to chill at the track and not spend money, I do recommend heading over to the amusement park area across the street, which is free for ticket holders.  It is a great place as most people just go through that area to the main gate and skip all of the rides.  The rides are free during the F1 weekend and you can have a little fun before heading back home.  I just found a small table to sit down and relax until it was time to head back. 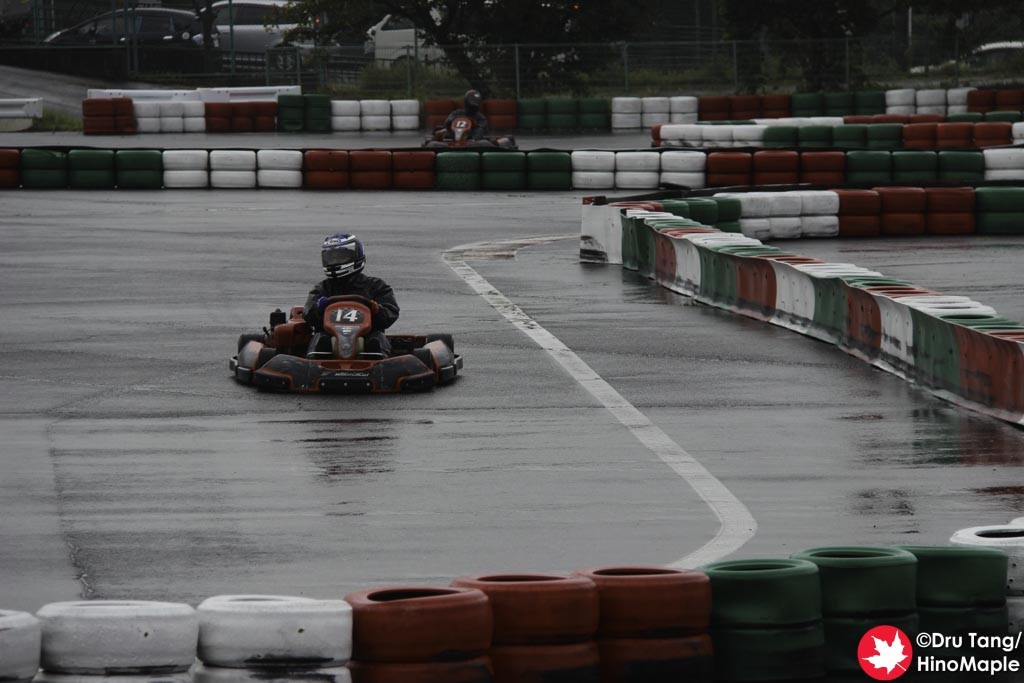 My trip to F1 was pretty standard.  I really didn’t feel anything special this year compared to past years.  I am probably just used to going and they don’t really do anything too different from year to year.  This year they did have some different booths for people to check out but compared to past years it was still very similar.  As the old adage goes, “if it isn’t broke, don’t fix it” and this is true of F1.  The system works and you only need a few tweaks to make it better and they keep doing that. 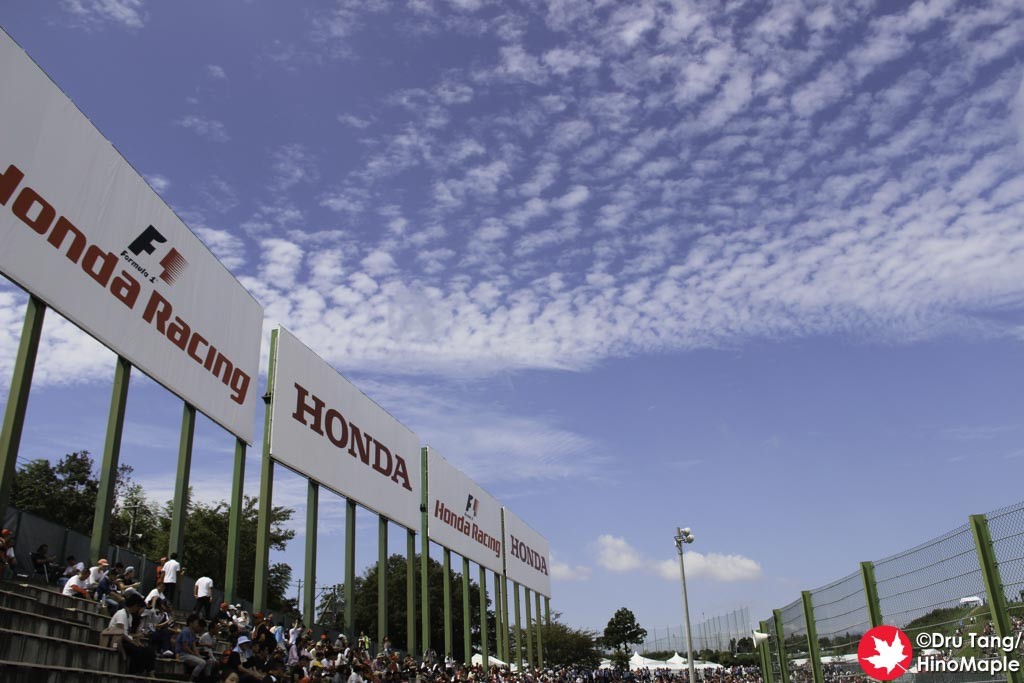 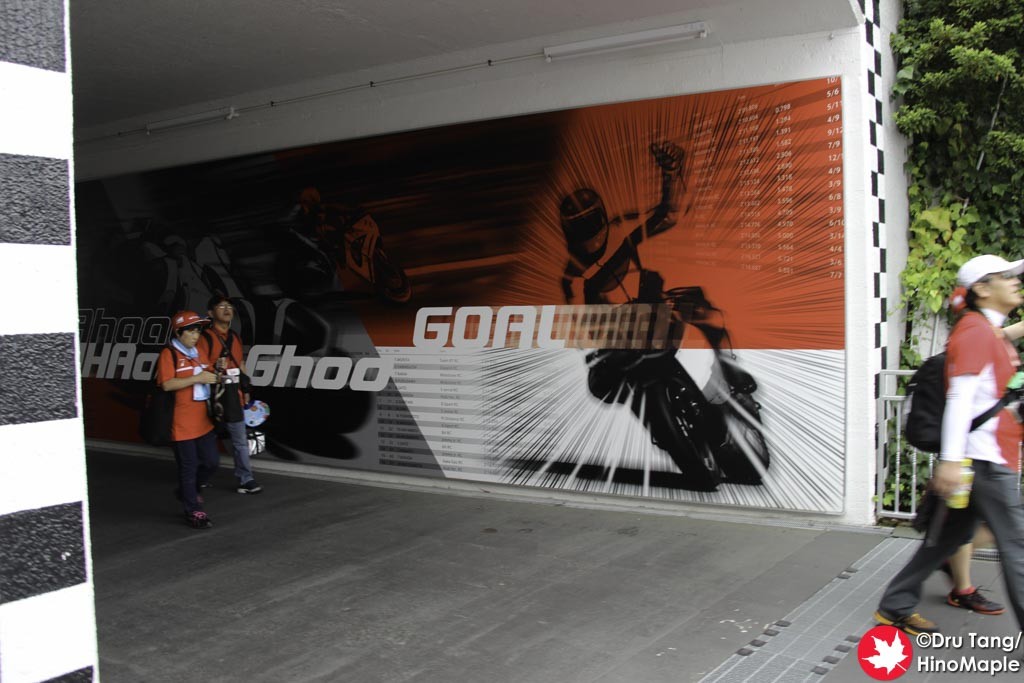 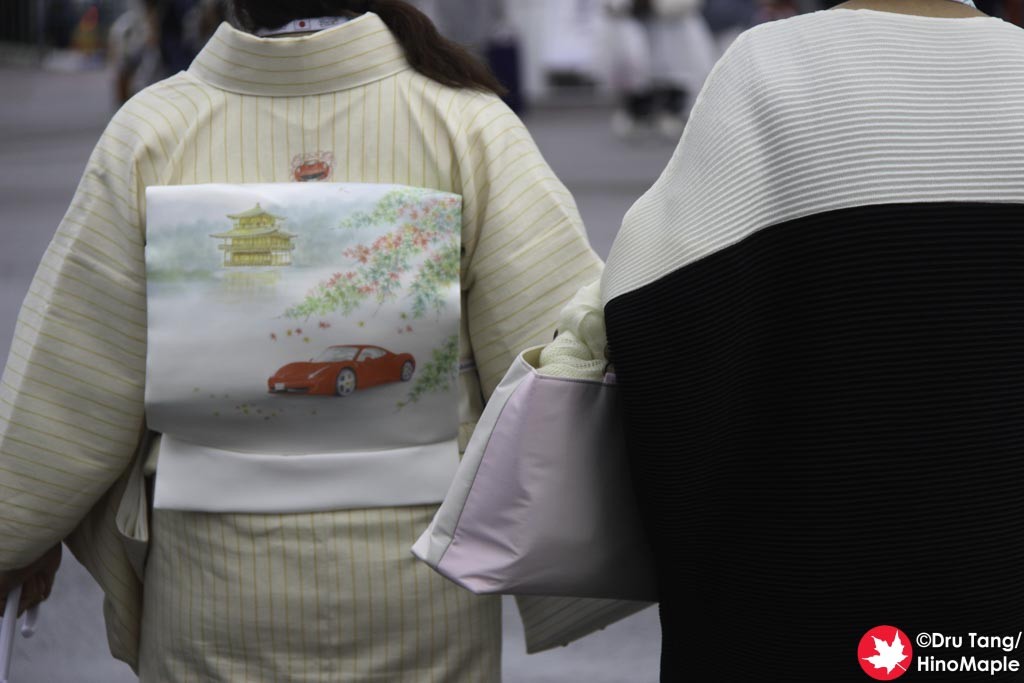 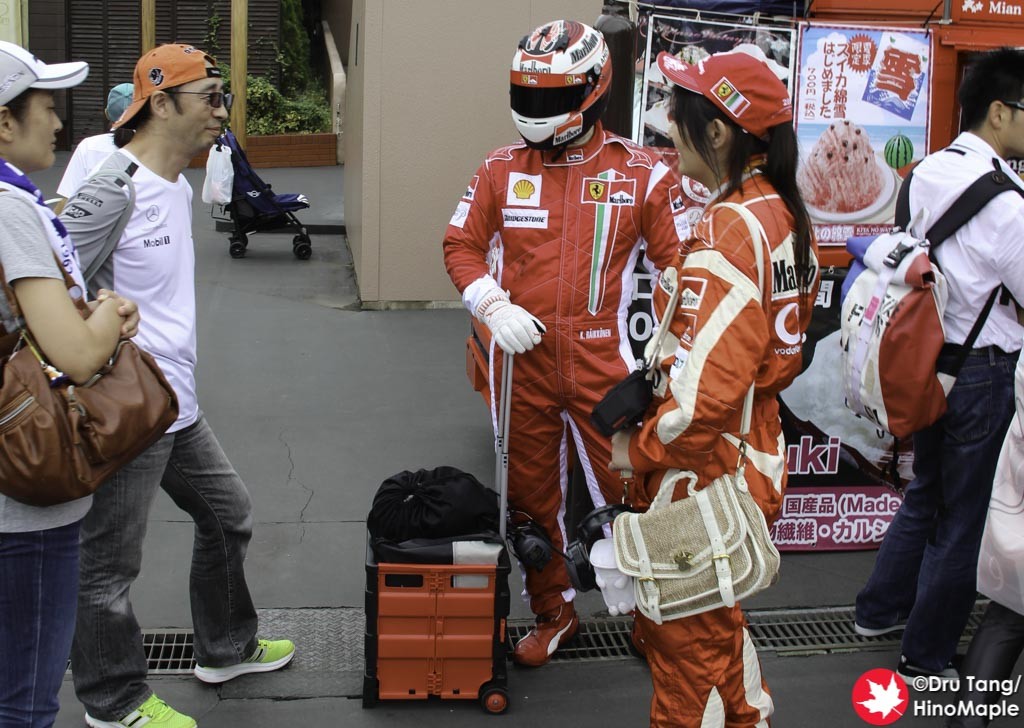 Kimi? What are you doing here? 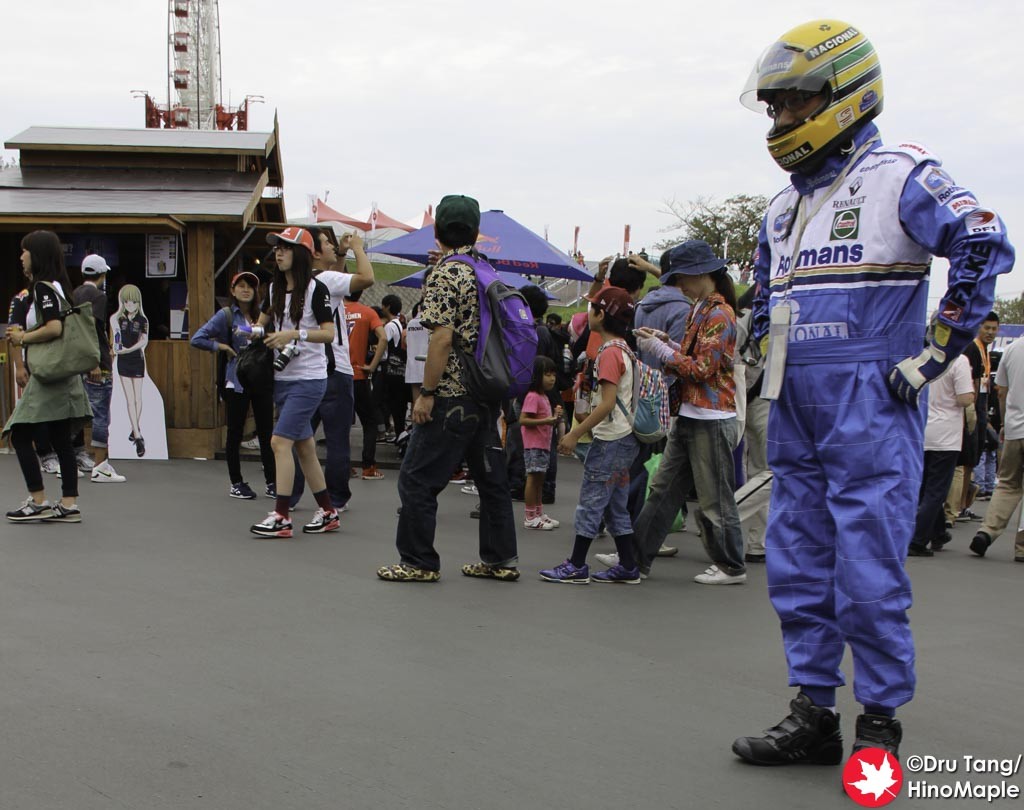 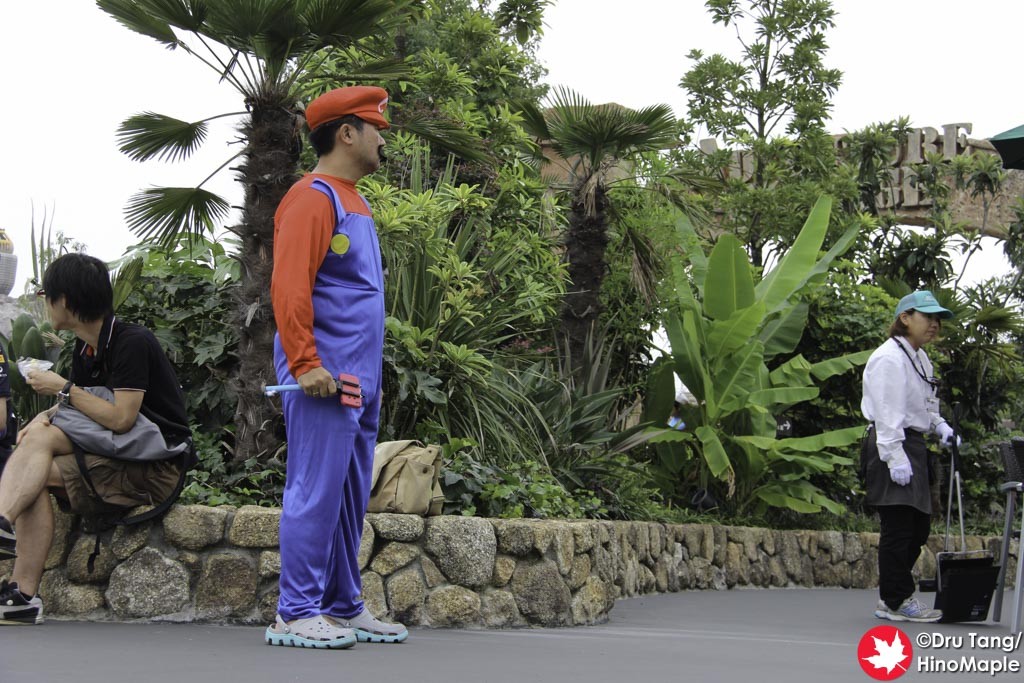 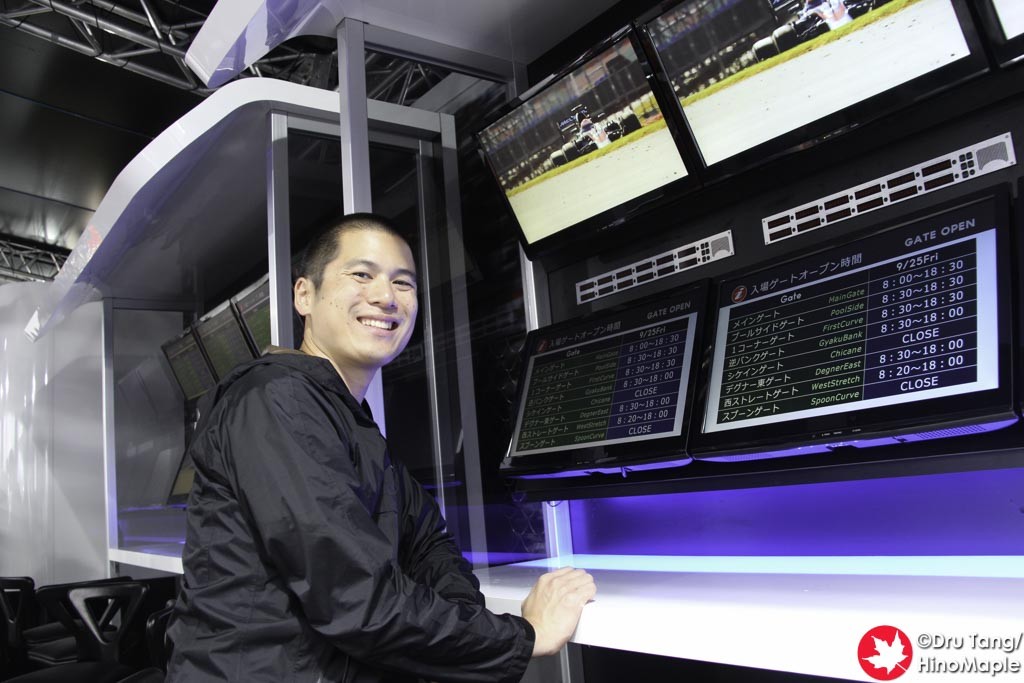 Who is this nut? 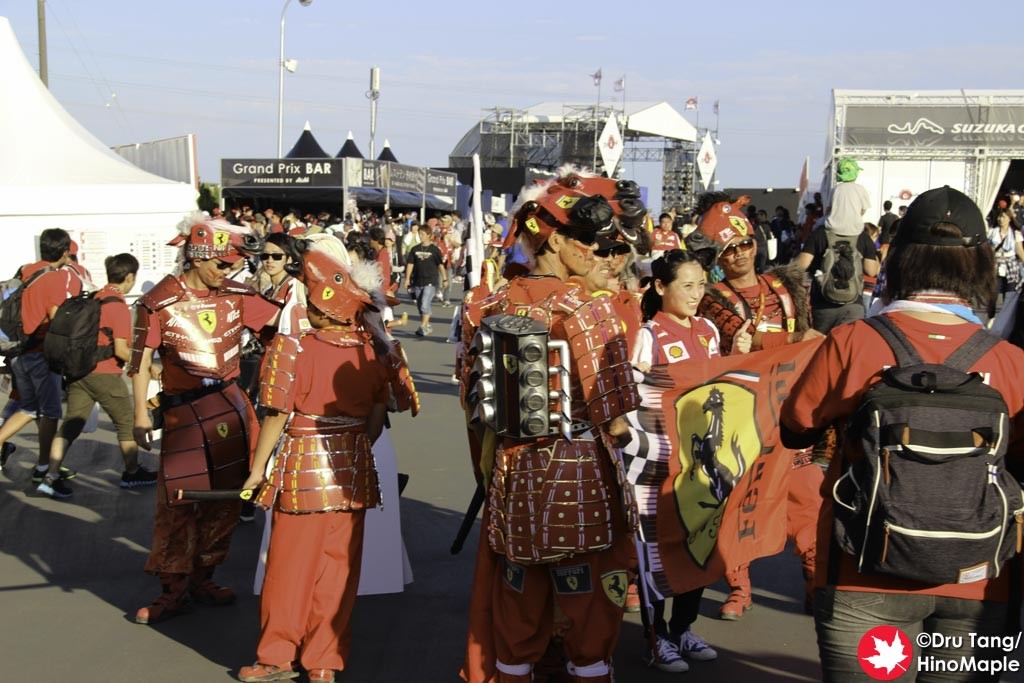