If you plan to ride on the Shimanami Kaido, you will need a bicycle.  While you can bring your own bicycle, there are many great options if you don’t bring one.  You have everything from cheap options to professional options.  I decided to go cheap, and I was more than happy with my decision.  You don’t need a professional road bike to go around the Shimanami Kaido, but if you want to do serious cycling and see a lot, you should consider it.  If you plan to do the main route, you may not need it. 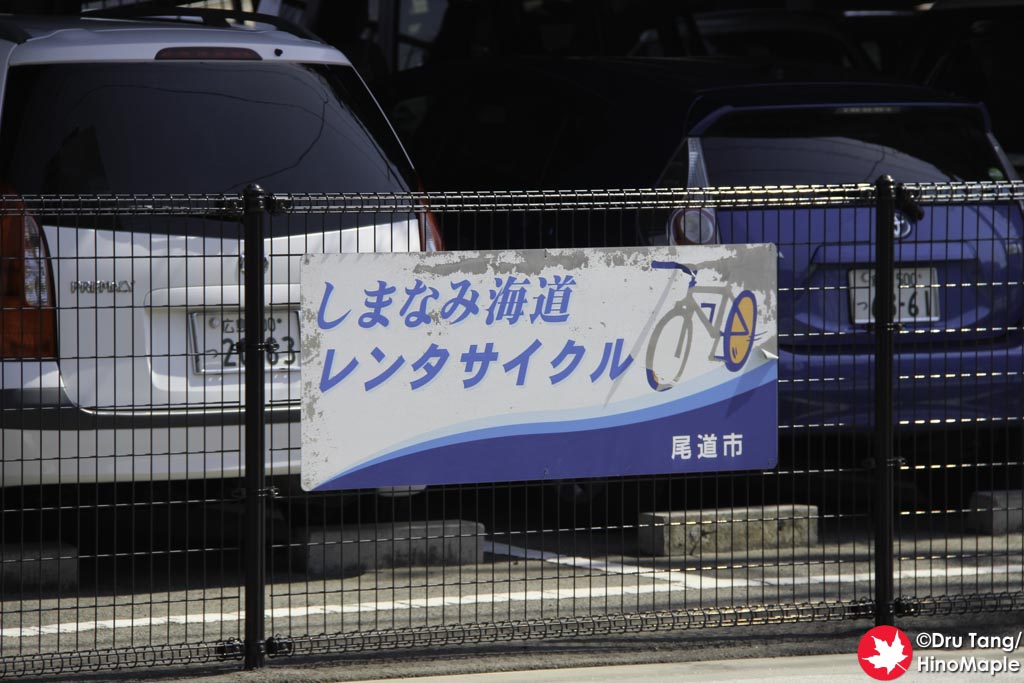 The most common option is to use the cycling terminals.  I believe these are run by the city governments, but they just say “Shimanami Kaido Rental Cycle”.  It is highly likely that they are run by the cities due to the low cost.  There are several locations to rent bicycles all over the Shimanami Kaido.  The main terminals are in Imabari and Onomichi.  If you are in Imabari, you can either get a bicycle at the station or at the Sunrise Itoyama Hotel; in Onomichi, the bicycle rental terminal a little east of the station. 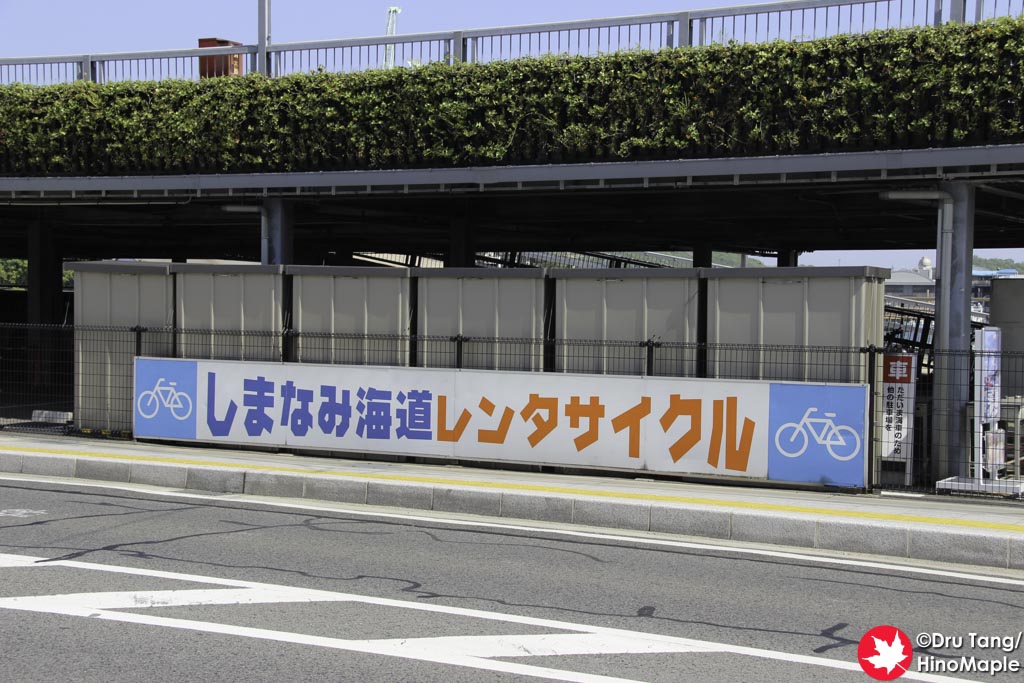 The Onomichi Bicycle Terminal is a little difficult to find if you can’t read Japanese.  It isn’t hard either but can be tricky.  The terminal is located in a small parking structure just behind the Green Hill Hotel.  It is just before the U2 complex, so it isn’t difficult to stumble on.  Once you enter the parking structure, the rental area is on the ground floor and easily recognizable by the small shack next to dozens of bicycles. 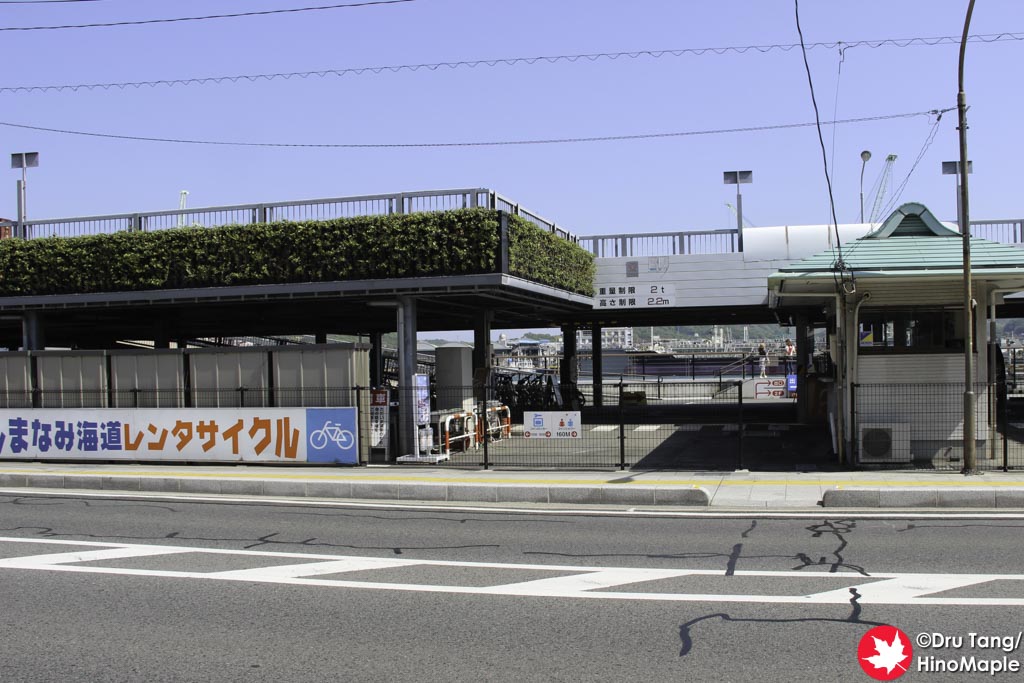 Once you get to the terminal, you fill out the top of order form before choosing a bicycle.  All bicycles come with a bike lock with the number written on it.  The bicycles vary, but they are generally a standard street bicycle, like a hybrid between a mamachari and a mountain bike.  Some have baskets, some have tail racks.  Some have nothing.  Some of the bikes had bars to help with climbs, and others didn’t.  My friend chose a bike with a rubber chain, but felt it wasn’t really a good one.  The seats are all pretty standard with no springs, so expect your butt to hurt at the end. 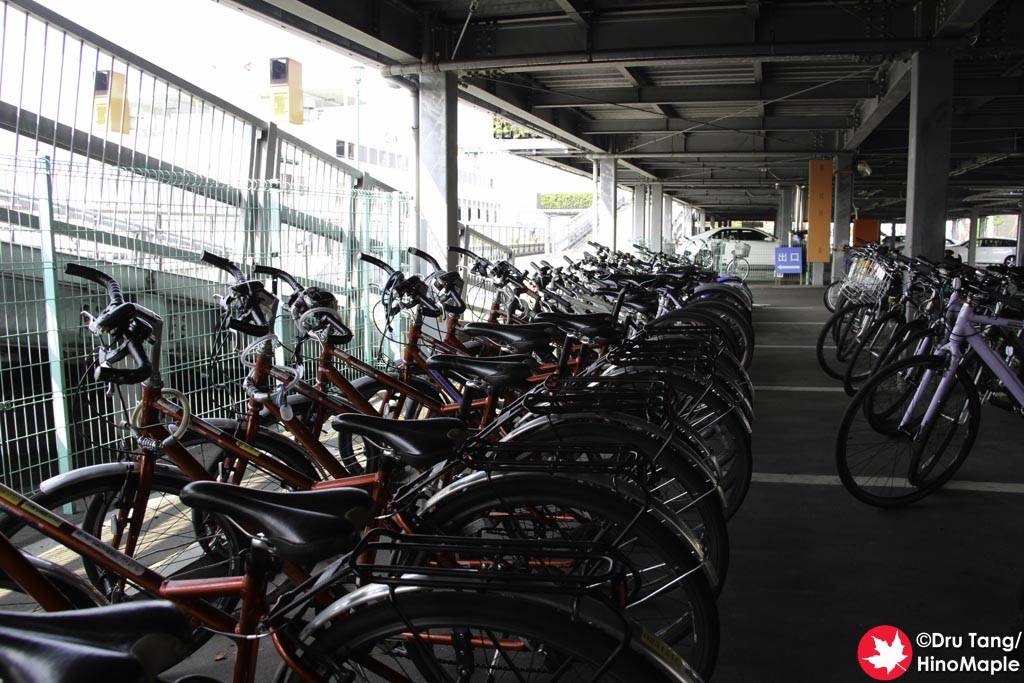 As you go along the Shimanami Kaido, you will run into the other stations at the major stops.  I skipped one of the main stations at the Itoyama Sunrise Hotel and went all the way to Imabari Station.  It was a lot easier as I was returning to Imabari, but if you are starting out from Imabari, I would consider starting at the Itoyama as you skip a long hill.  If you are in the middle of the trek and realize that you bit off more than you can chew, you can always stop at one of the intermediate locations and head to either Imabari or Onomichi by bus. 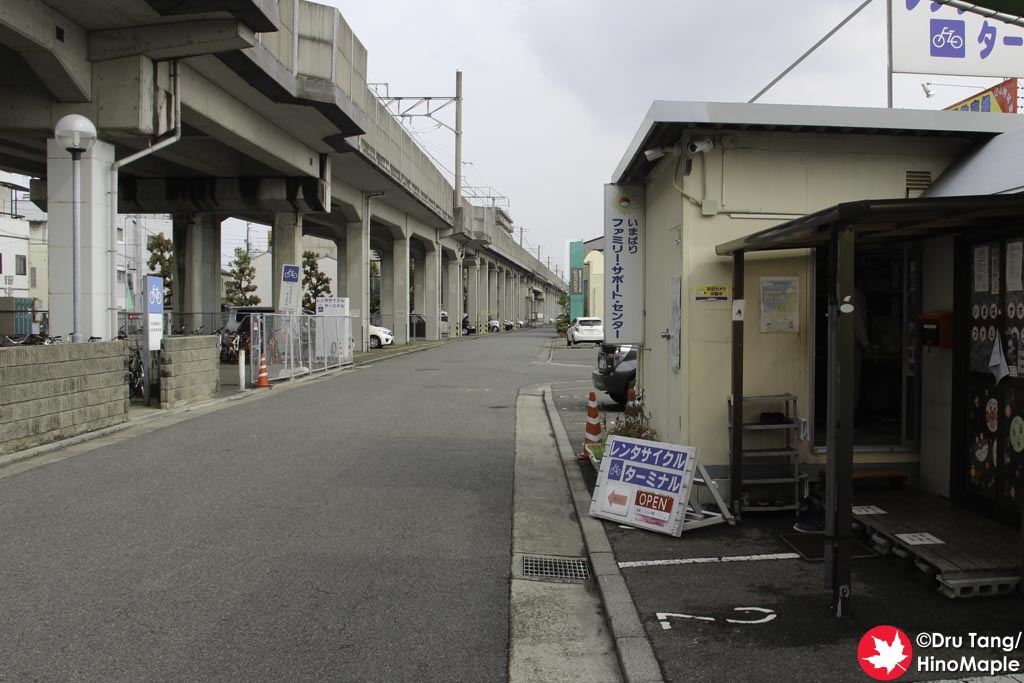 Imabari Station Terminal (Not the box to the right)

The Imabari Station Terminal was worse than the Onomichi one.  It was under the train tracks and the shack is not where you return the bicycle.  You actually go a few meters down and there is a table in a small fenced off area to do the paperwork.  When you return your bicycle, all you have to do is unload your stuff, make sure the lock is on, and hand in your paperwork.  Don’t forget the lock combination tag as I had a little trouble finding mine in my bag.  Once everything is done, they stamp the paperwork and hand you your forms. 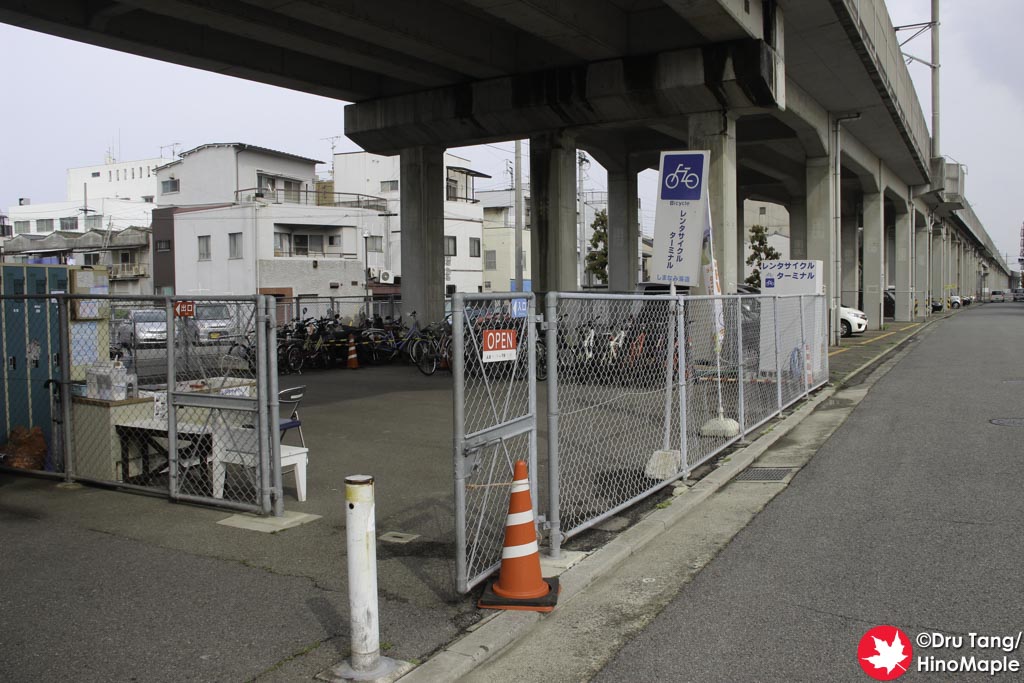 While the Shimanami Kaido Rental Cycle is basically one system, it is actually 2 different companies.  There is the Imabari one, and the Onomichi one.  They have a different selection of bikes, but the terminals are all the same.  If you do run into trouble, you are instructed to call either the main centre in Hiroshima or the Sunrise Itoyama Terminal in Imabari.  It depends on which city you are in: from Onomichi to Ikuchijima, you are in Onomichi City; from Imabari to Omishima, you are in Imabari City. 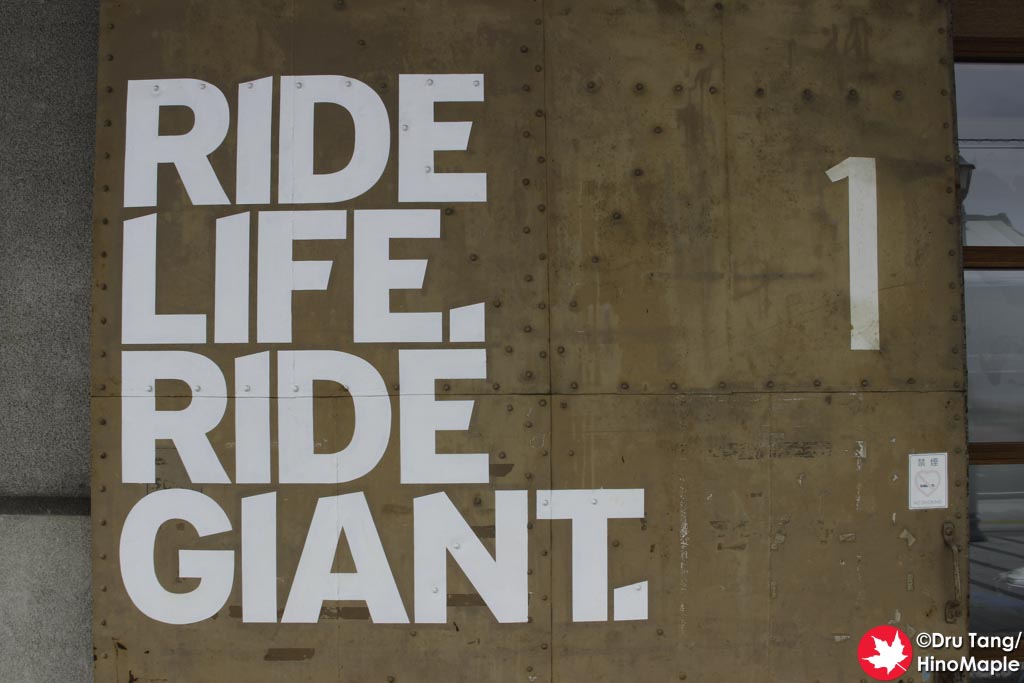 If you need a professional bike, Onomichi and Imabari both have Giant bike shops.  You can rent various levels of Giant road bicycles to help you get to your destination.  While I would have considered renting one of these, the lack of a luggage rack or basket made it impossible to use for my trip; my bag was too heavy to wear for the trip.  While you don’t have to go to the Giant shop if you aren’t planning to rent a bicycle, you may want to go there anyways as they do have showers in those areas.  The Onomichi one is a public shower and time based, but the Imabari one is inside the Giant shop and isn’t time based. 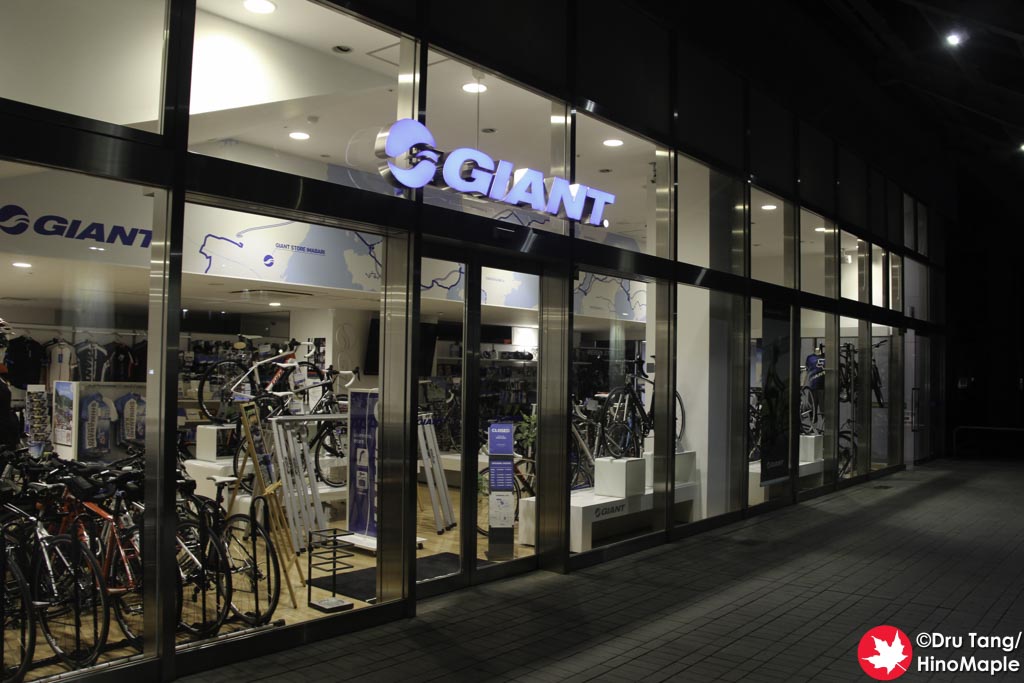 When going on the Shimanami Kaido, the options for bicycles aren’t bad, but it is advisable to make a reservation in advance if you are travelling on the weekend.  Renting on a Saturday may be difficult as the route is very popular.  Unfortunately the website is only in Japanese and for Onomichi only.  Imabari allows advanced rentals but you have to call them directly, and only a few days in advance, if I understand correctly.  You can follow the links below but be sure to get someone to help you make the reservation if your Japanese isn’t good enough.  Thankfully the Onomichi online order form is pretty simple that Google Translate can help you enough, and the e-mails are simple enough if you can get a reservation.