The Beer Keyaki is a popular craft beer event that is held in Saitama twice a year.  It is located at the Keyaki Hiroba (Square) next to Saitama Super Arena.  In the spring they hold the festival outside and in autumn it is inside the stadium.  I had heard about it a while ago but I just never had the chance to go.  I finally made the effort to go this spring as it may be the only time I can go this year. 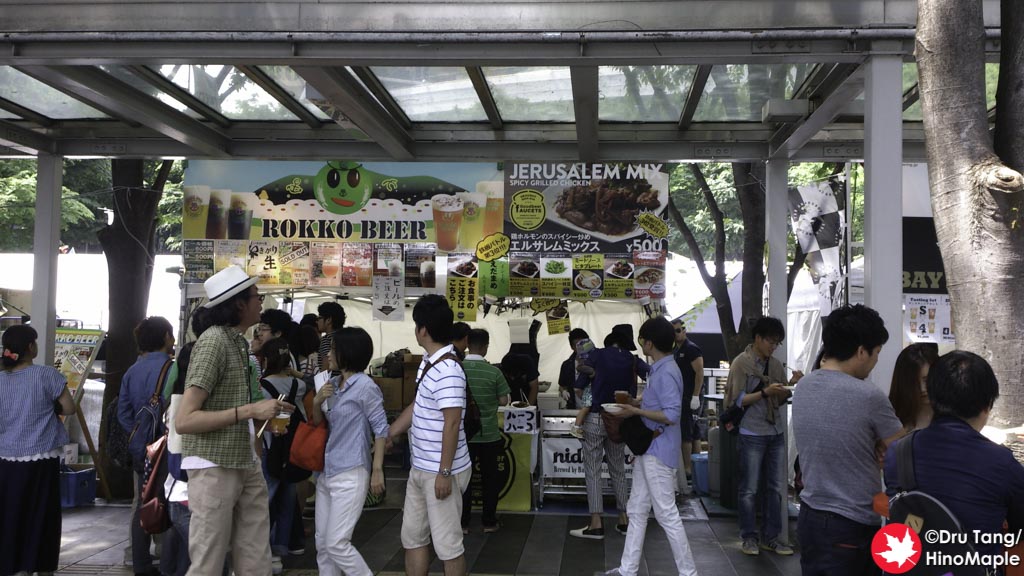 The Beer Keyaki is one of the largest, and cheapest, craft beer festivals in Japan.  Almost every brewery that is in Japan is at this festival.  It has gotten so big that they don’t have enough room for all of the companies to take part.  This was the first time that they had 2 seasons for the spring edition.  The event covered 2 weekends and each weekend had a different set of shops and breweries, but some of them stayed for both weekends. 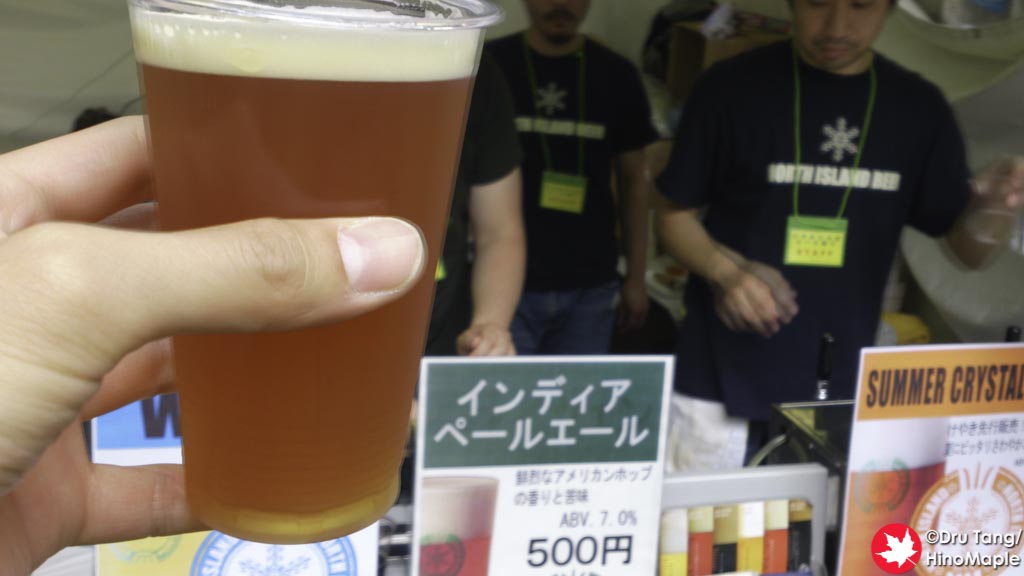 Getting to Saitama Super Arena is not difficult, but not so easy either.  There are 3 main lines that stop at Saitama Shintoshin Station, the Keihin Tohoku, the Utsunomiya, and the Takasaki Line.  It’s only about 30 minutes from Ueno Station so it really isn’t far at all. 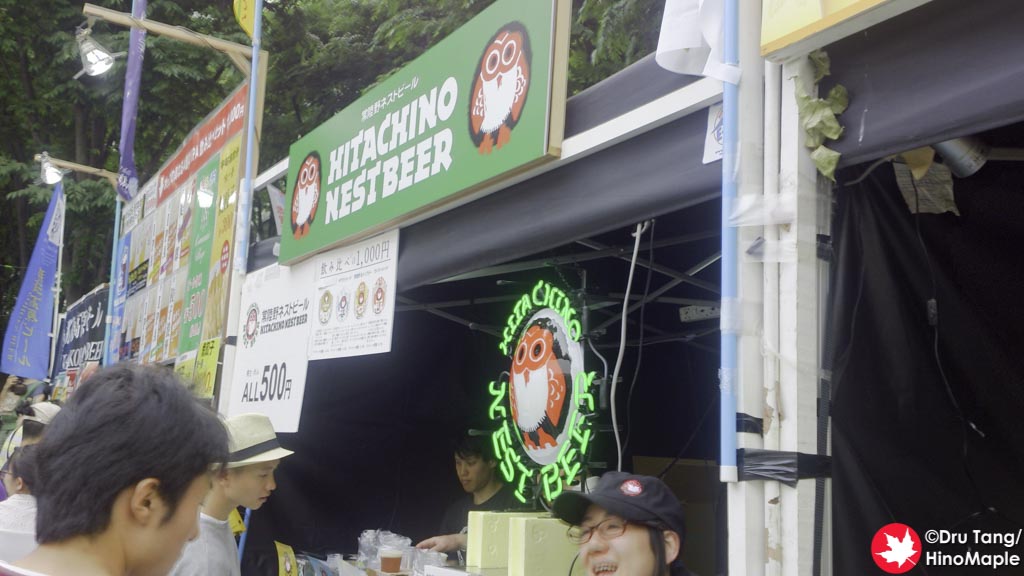 Once I got to the station, it was just a matter of waiting for my friends to show up before we headed to the Keyaki.  It is a little difficult to find if you can’t read Japanese as there were large signs in Japanese directing you to the Keyaki.  Thankfully some of my friends live in the area and helped me find the location faster than if I had been on my own. 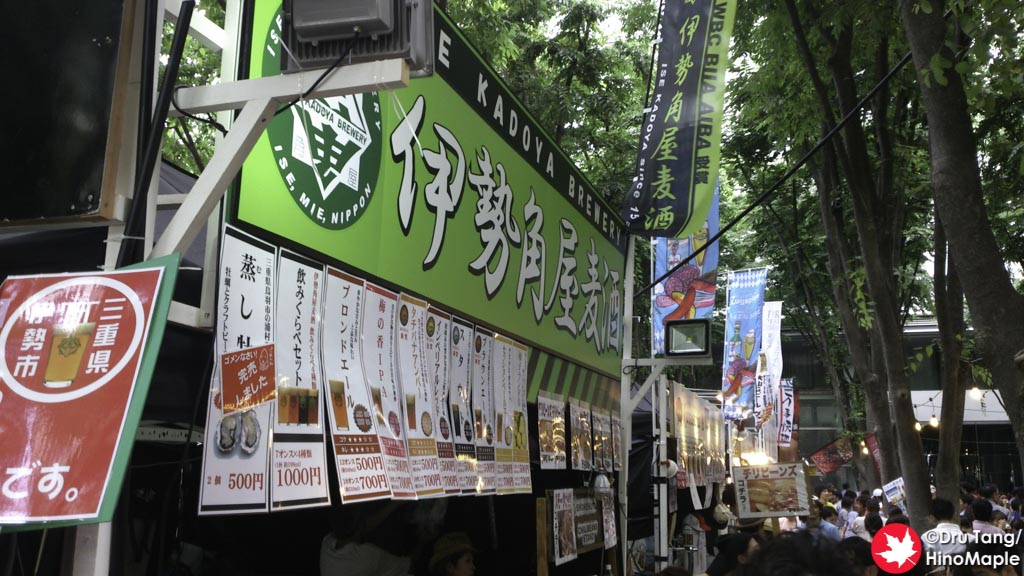 Once we got to the main area, it was packed.  There are these great tables set up around the trees, literally.  The tables were standing areas where you can put your beer there and just enjoy the scene.  People ended up setting up sheets on the floor and crowing the trees so that people who wanted to stand couldn’t do so.  We ended up holding an area and buying a plastic sheet at the Lawson’s nearby.  I’m sure you can do the same with any other convenience store in the area. 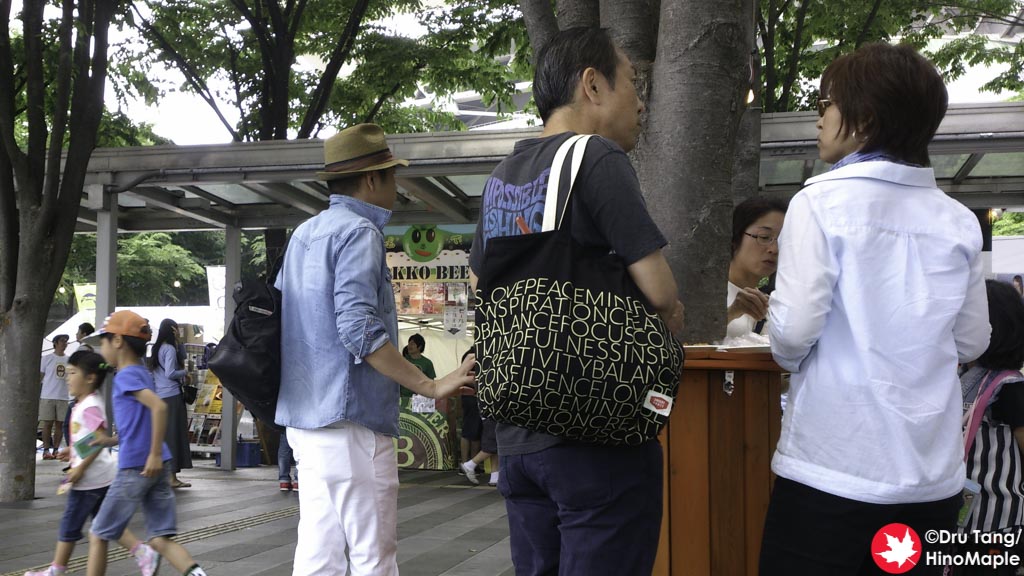 Trying to navigate everything is very difficult.  They do have a big tent area with tables and seats, but that gets full very quickly.  If you have a group, bring a sheet or buy one and just set up shop somewhere in one of the open squares.  The people at the shops are all very friendly and the price of the beer is very reasonable.  If you have ever been to the Japan Brewer’s Cup, it is very similar.  Tasting sets are generally 1000 yen for a 4 pack, and regular cups start at 500 yen.  Large, pint sized cups, are around 700-800 yen, so it is very reasonable. 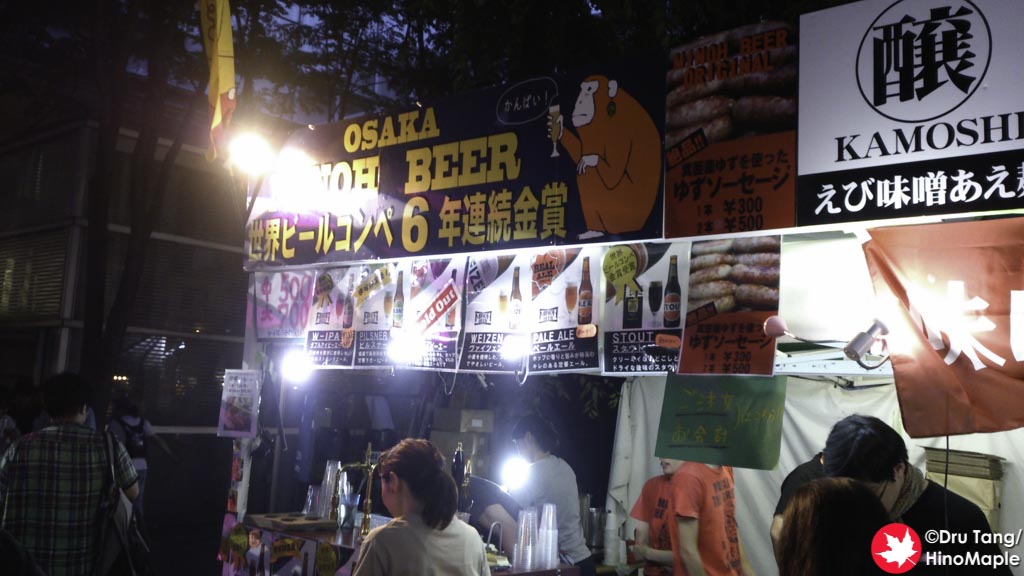 The food at the Keyaki was also very good.  Some of the craft beer restaurants in the area bring their own food.  Devil Craft was there again selling some foreign beers as well as some of their fries and chili.  Most of the breweries had their own snacks as well and some of them had great food.  I got a fish and chips set with beer for just 1000 yen.  While it sounds expensive, for a beer festival in Japan, it was reasonable. 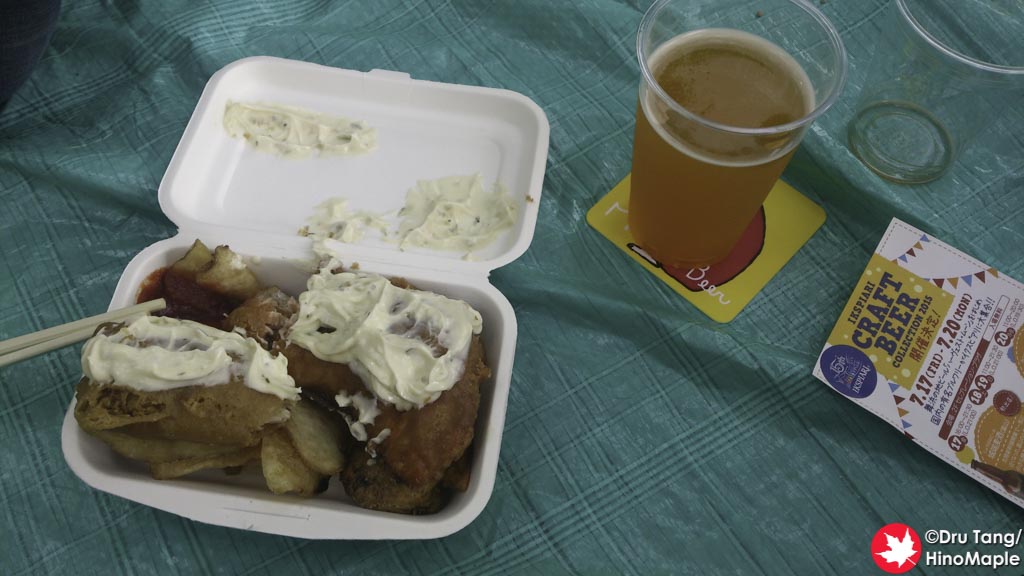 The Beer Keyaki was competing with the Oktoberfest in Hibiya Park on both weekends and I must say that the Keyaki is way better.  The Oktoberfest is a wonderful event and you can drink a lot of German beers, but you have to pay a 1000 yen deposit and the beers are expensive.  In contrast, you can still get German beers at the Keyaki, along with Belgian and American beers.  The highlight is definitely the Japanese beers but there is something for everyone.  You can even buy umeshu, wine, and other types of alcohol.  If that doesn’t do it for you, just go to the convenience store and buy the regular Kirin and Sapporo. 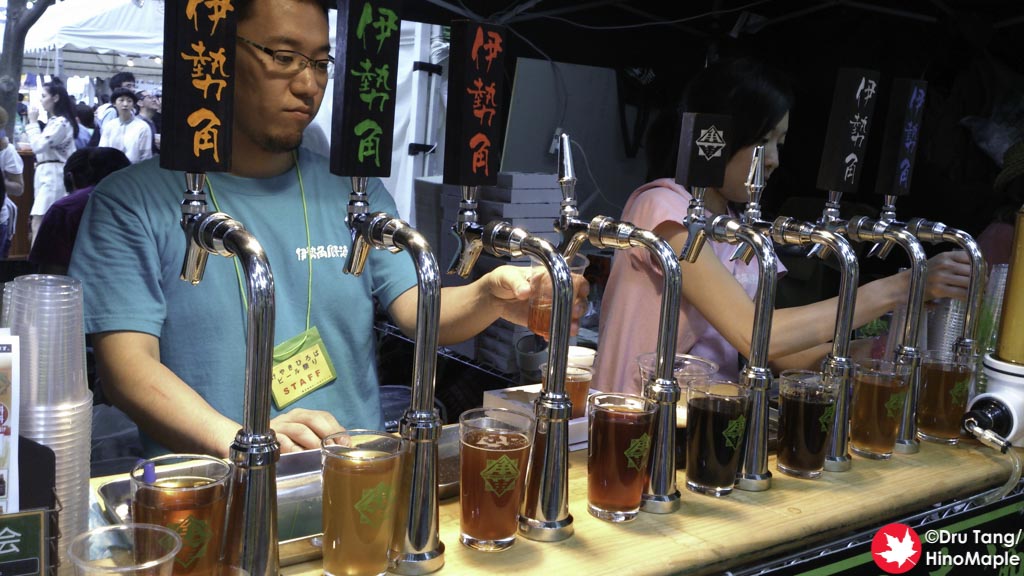 After my first experience at the Keyaki, you can be sure that I will be back again.  I really enjoyed it, and probably drank too much.  I did make it home safely, so there is nothing to worry about there, but my wallet is a different story.  Somehow, I must have bought a lot of beer as my wallet was much lighter than when I started.  😉