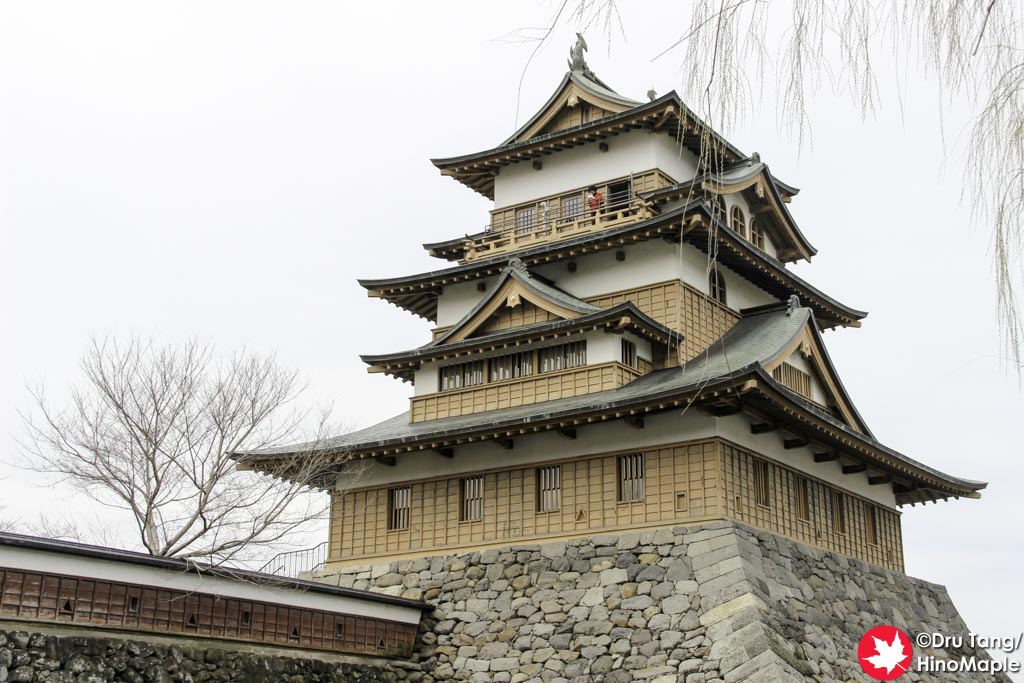 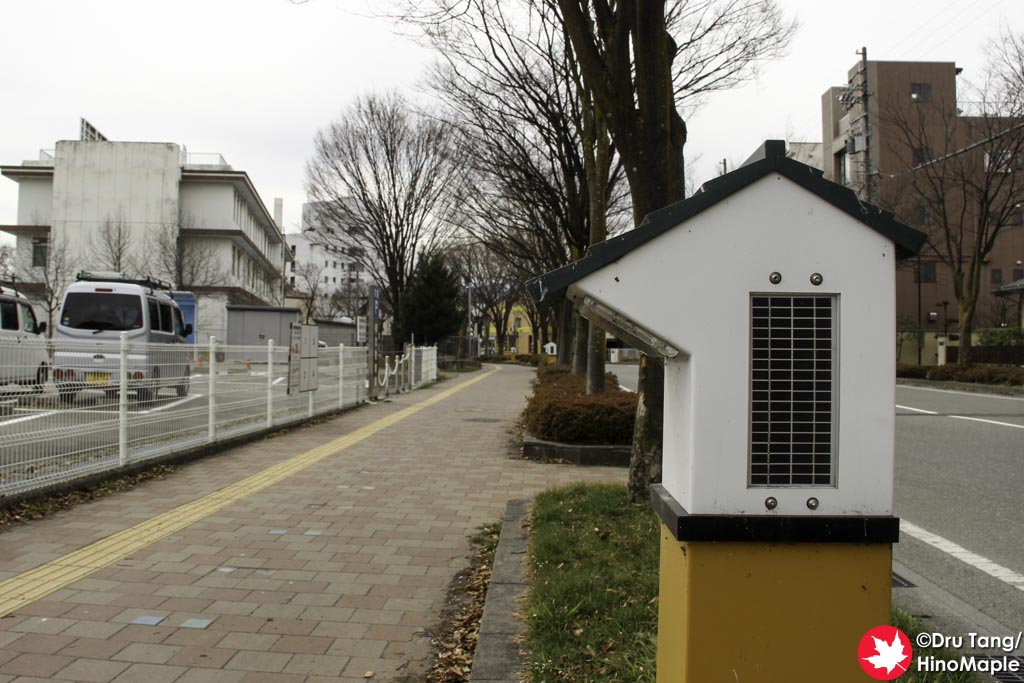 The walk to Takashima Castle is really nice in the morning.  It wasn’t busy and I only ran into a few other people. I passed an old Soy Sauce factory but didn’t have much time to look around.  I took a few pictures and just continued to Takashima Castle.  When I got to the castle, I was greeted by the main keep and the outer moat.  Takashima is famous for its colour; it has a brown exterior making it look golden in the morning light.

The first thing I did was enter the castle grounds.  The castle grounds are actually very simple.  There are a few entrances, but if you follow the directions from the station, you will enter from the main original entrance.  The other entrances are not as “historical” as you have a simple modern pedestrian overpass, and a tunnel through the castle wall.  I walked over the main bridge which offers the best photos of the castle from outside the castle grounds. 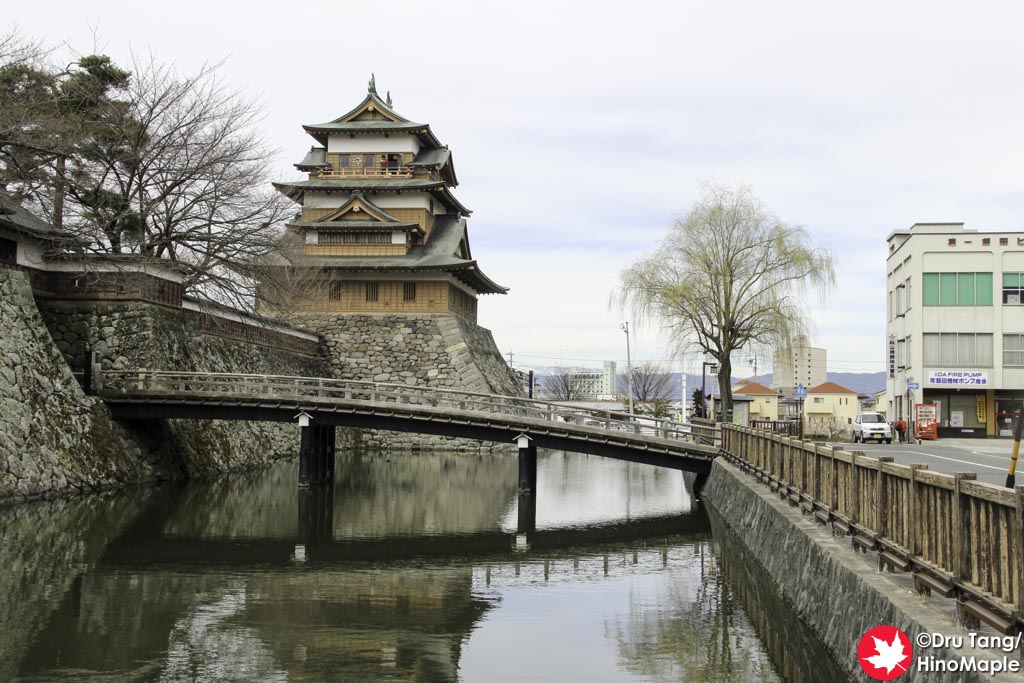 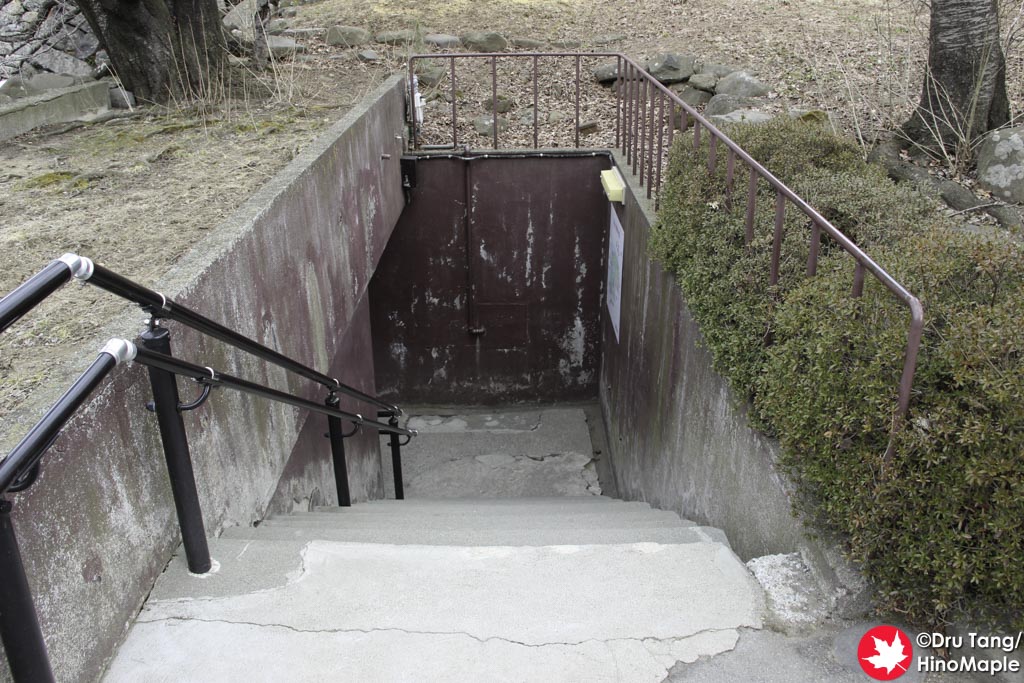 The castle grounds were not particularly special for me.  It was just a simple Japanese garden.  If you have seen dozens of gardens, this will not be special.  I think it could have been a lot better had I been there later in the year.  It was still early spring, so most of the trees were still bare.  The main focus point in the garden is the wisteria tree.  There is a lovely wisteria tree in front of the castle, but it was too early to enjoy it properly. I’m sure it is beautiful in May. 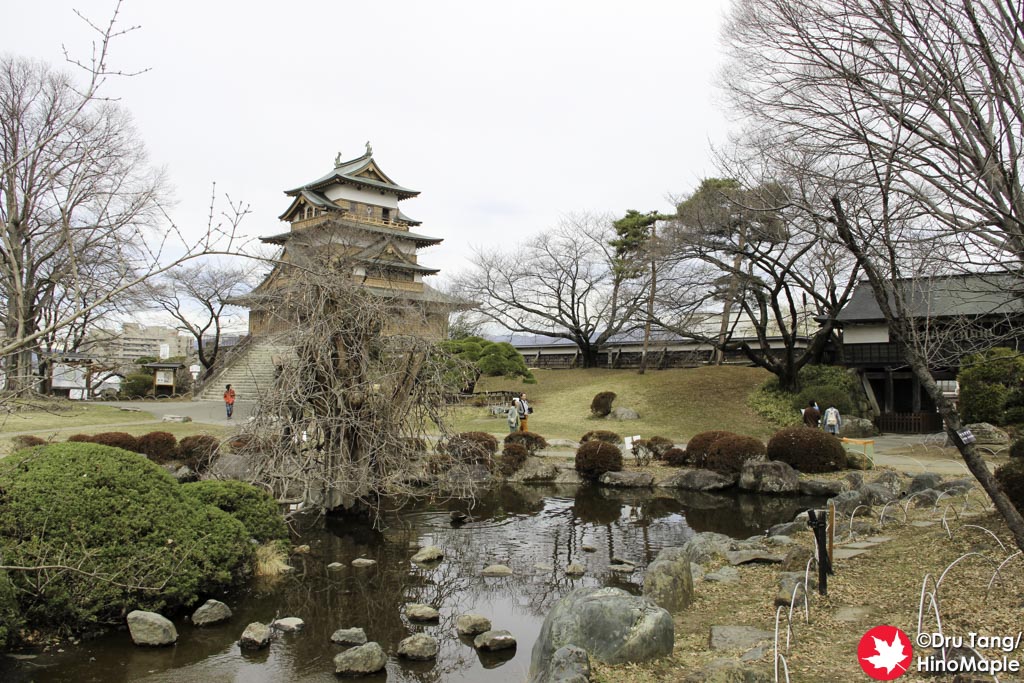 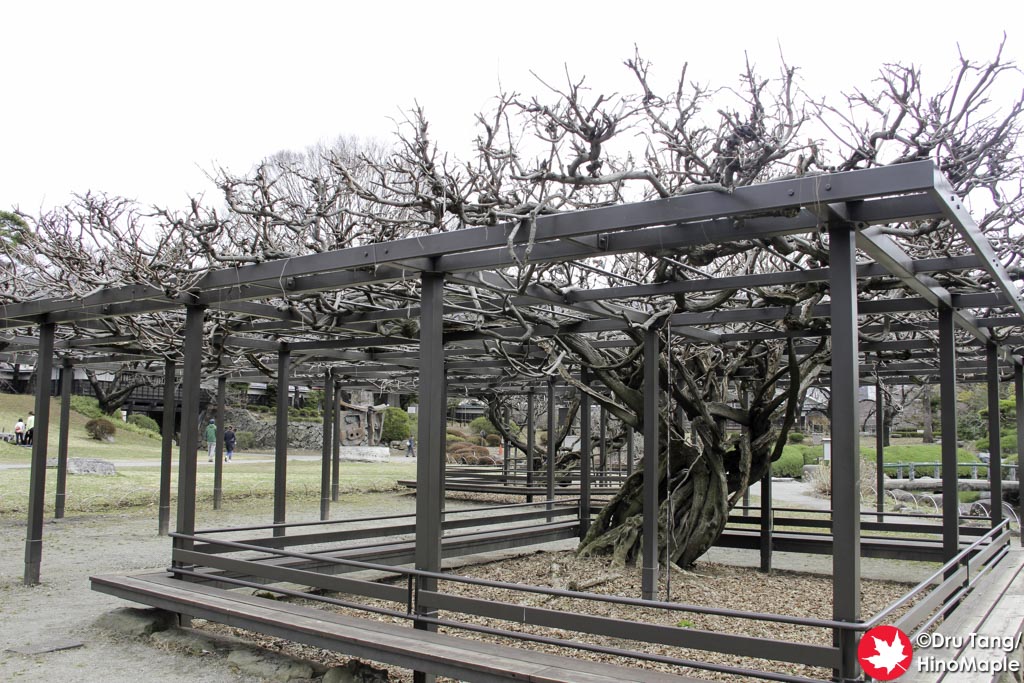 There is also a small shrine located in the castle grounds.  It was deserted but still lovely to look at.  I was more interested in the children’s playground that was located next to the shrine. While I didn’t play there, the kids who were there seemed to be having a great time.  It was nice to hear the kids playing. 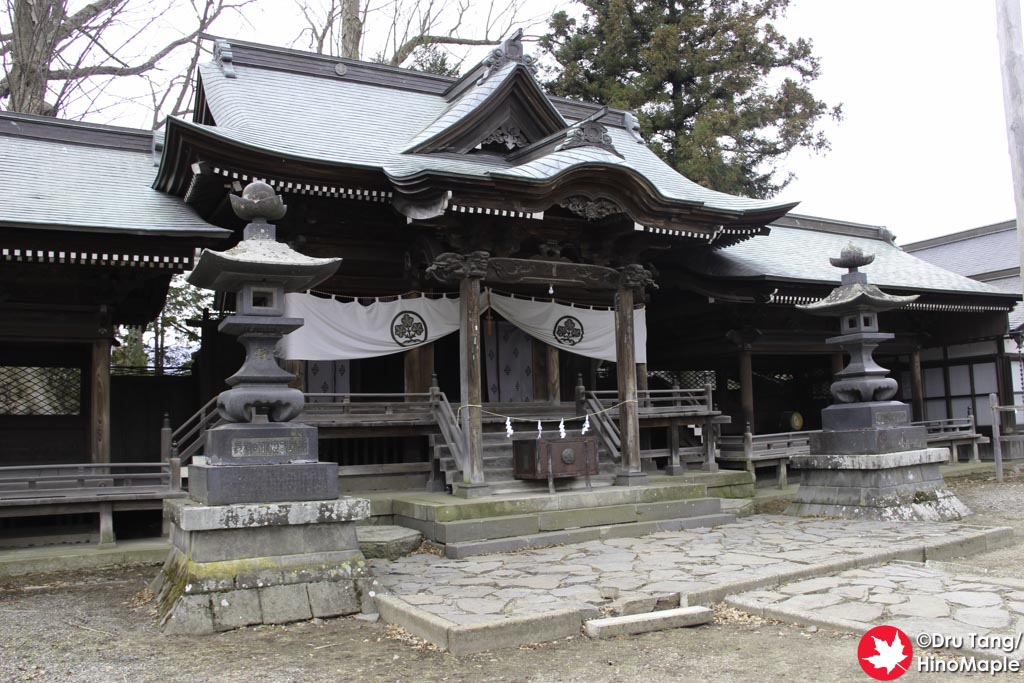 Having visited as many castles as I have, it takes a lot to amaze me when it comes to Japanese castles.  I was not amazed when I visited Takashima Castle.  The outside is beautiful and it is something that I do recommend people should see when in Suwa.  It is peaceful and the view from the top of the castle is nice.  Inside the castle, there really isn’t much to see or do.  If you have a good grasp of Japanese, especially reading, you can definitely enjoy it a lot more.  I usually just cruise through it as I can’t read enough to appreciate it properly. 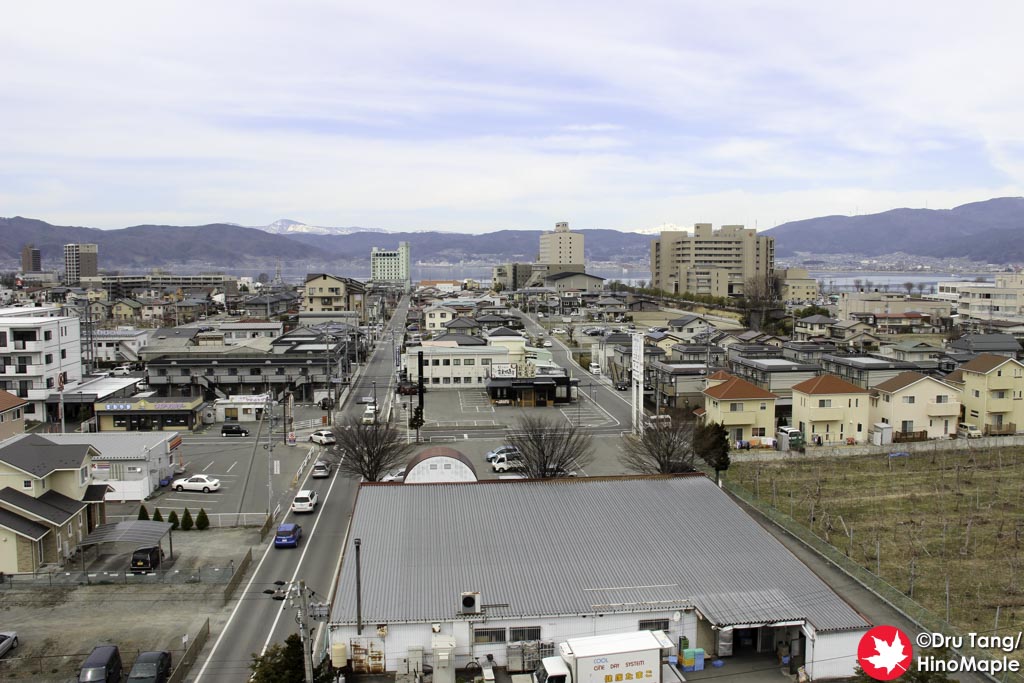 The cost of admission to Takashima Castle is 300 JPY, and while it isn’t steep, it isn’t cheap either.  For me, I looked at it as admission for the view point.  The view outside was really nice and you can see most of Suwa.  The view of Lake Suwa was good and the surrounding areas were as well.  I was the only person up at the top when I visited so it was really peaceful and relaxing.  I really enjoyed it but I wouldn’t pay to go back. 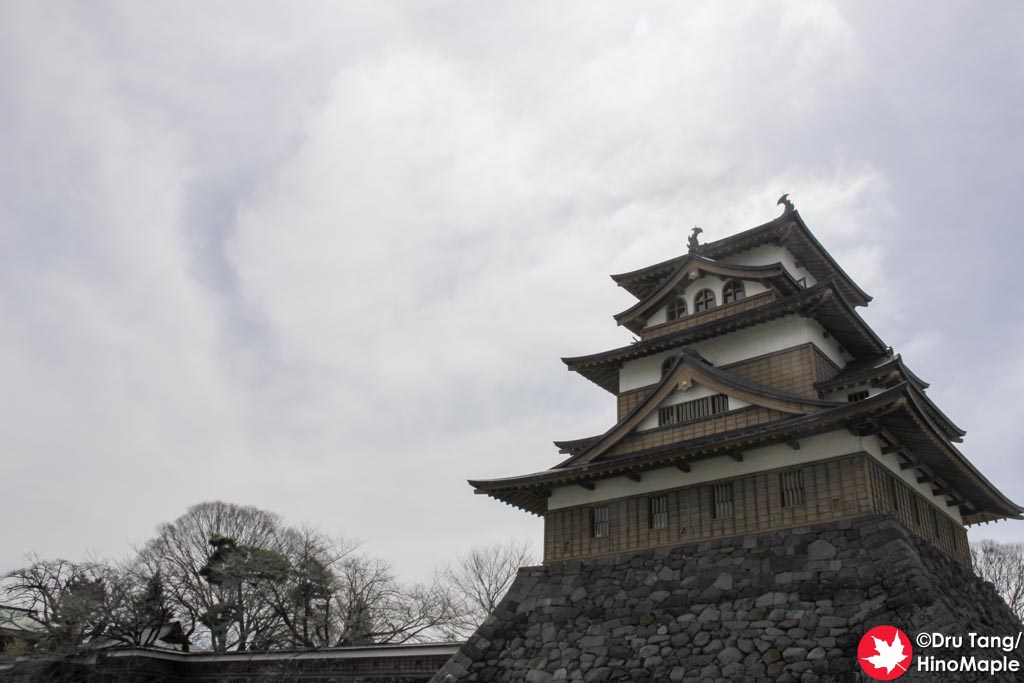 Takashima Castle is a lovely castle and I would love to go back again.  I don’t think I will as there really wouldn’t be anything for me to see.  Unless I am going specifically for the wisteria or I have a little time to burn, I doubt I’ll be back at Takashima Castle again.  If you happen to be in Suwa and have some time, it is definitely worth a visit so make sure you check it out at least once.