IBREW is a bar that I had wanted to visit for a long time.  It is located near my work but I just haven’t had the time or the opportunity to visit.  I finally made time but on two separate occasions, I went and couldn’t get in.  For some reason, this little bar is very popular among craft beer lovers and not being able to go made me want to go even more.  I was thankful that I was finally able to go there and see what it was all about. 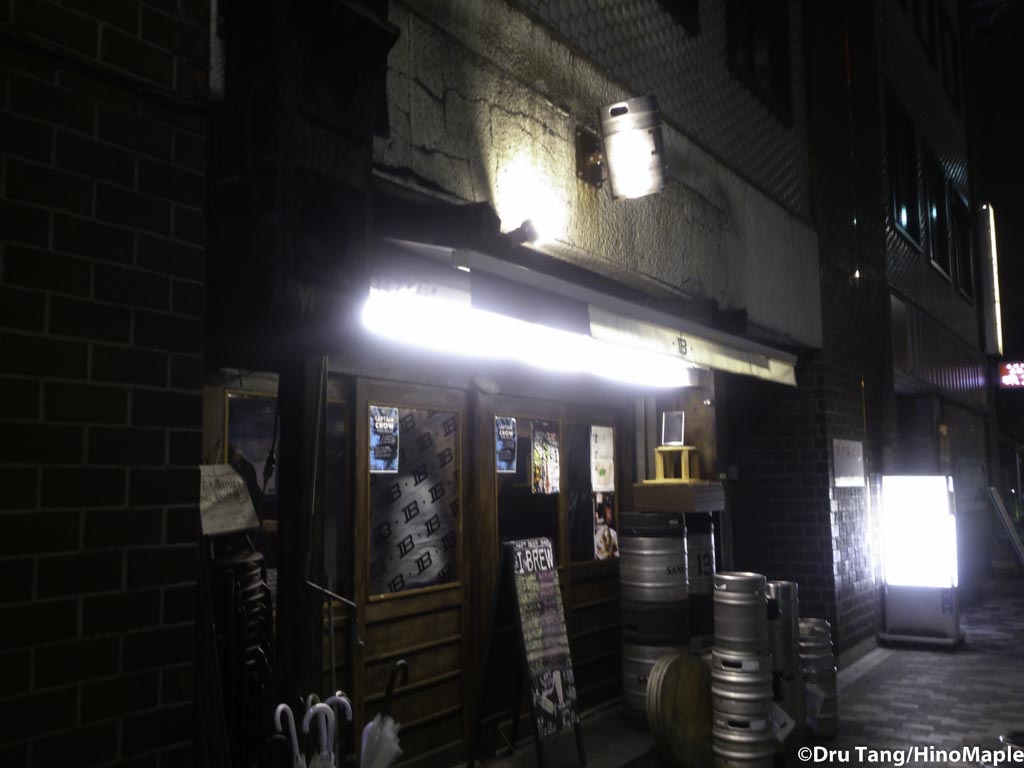 Finding IBREW is not an easy task unless you know where to look.  It is located on the border of Tokyo Station’s Yaesu side, Ginza, and Yurakucho.  You can actually go there from either: Tokyo, Yurakucho, or Ginza Station.  The bar itself is a little hard to find as it is on a small side street next to an elevated highway.  It is very easy to pass it as the signage isn’t very good from the sidewalk.  Thankfully, if you have a good map, it isn’t difficult to figure it out. 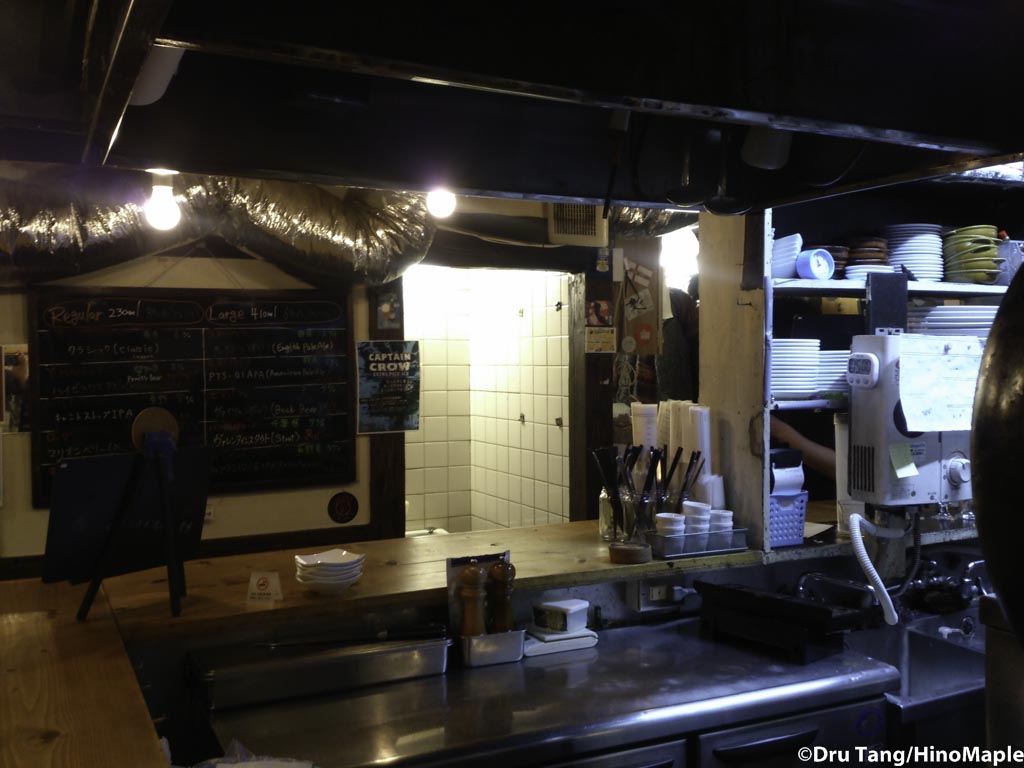 When you get to IBREW, you feel as if the place is packed, and it almost always is.  As I mentioned before, I tried to go twice and both times they were full.  When you look inside, it looks bigger than it really is.  The place is actually really tiny and most of the area is actually the kitchen area.  The bar surrounds the kitchen and you don’t even have enough seats for everyone in the bar as they have a standing area as well.  When I went, I started in the standing area but got a seat as people started leaving. 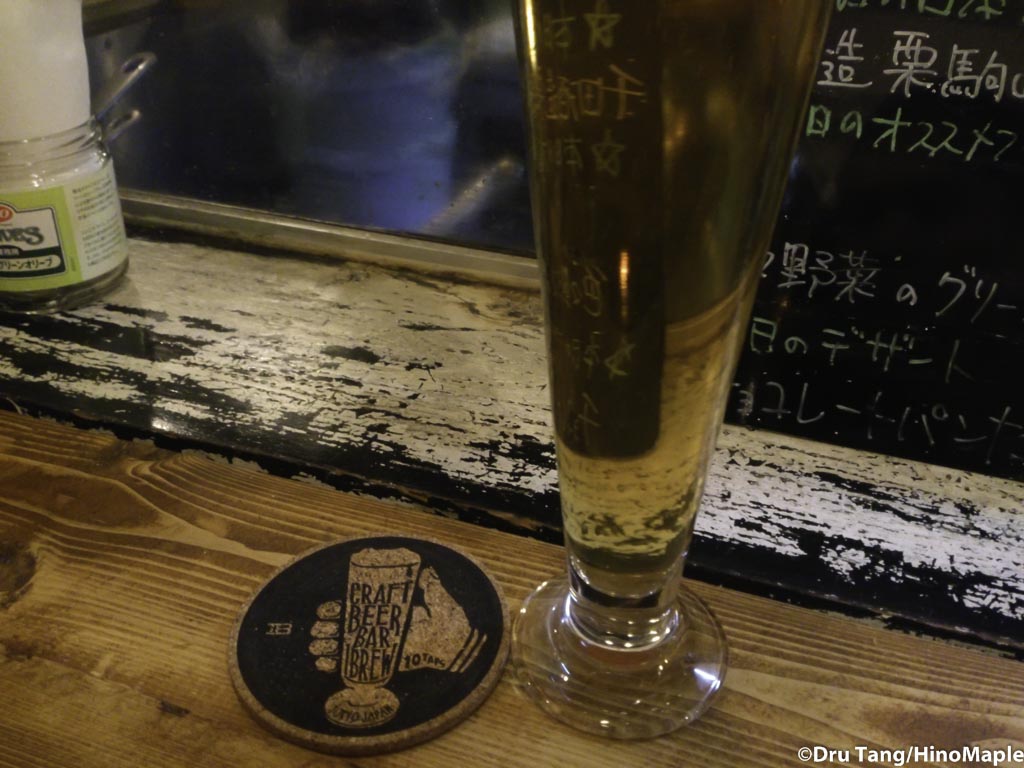 IBREW has a lot of nice beers on tap.  They average about 10 beers on tap and they are all affordable.  This could be why they are usually busy.  I think they also have seats outside the bar in the summer, but since I had been going there in the winter, they didn’t have seats out there.  The selection was really good too as they had some rare brands that I only see in the better beer bars around Tokyo. 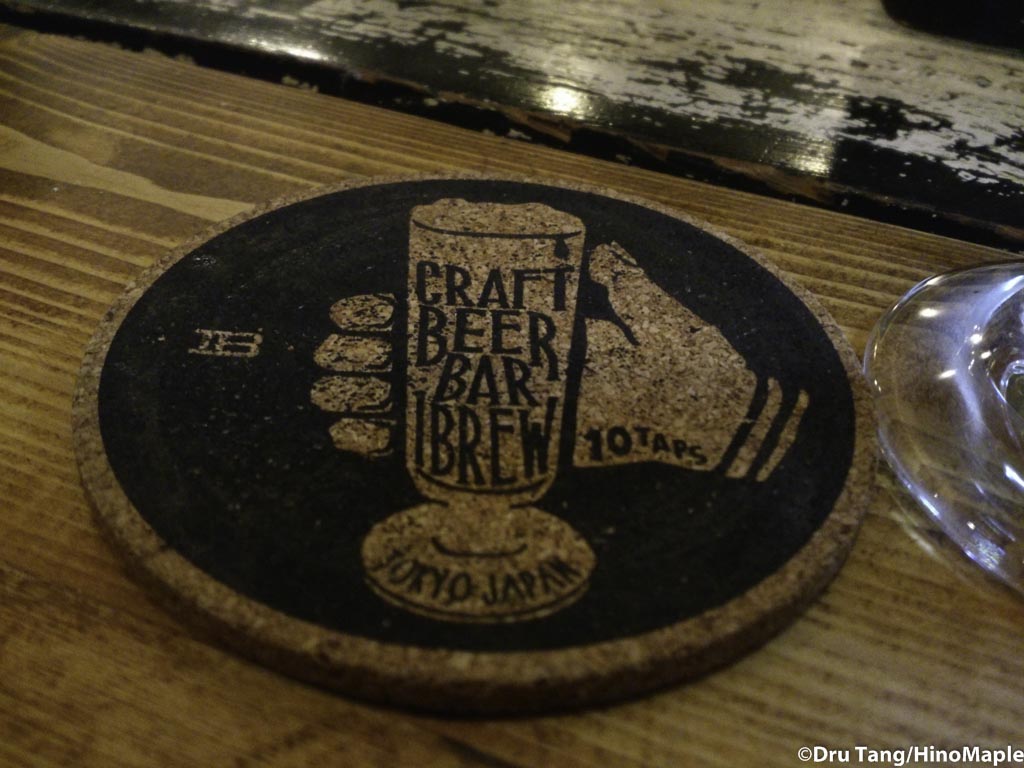 The atmosphere is pretty relaxed.  You just chill at the counter and order your beers.  You can order a little food but I had dinner before going there so I didn’t need to eat.  I did find the music to be a little awkward for me and my friend as we were two guys and they were playing a lot of 90’s R&B.  It was good music and I do enjoy it, but I wasn’t on a date so listening to a little Babyface and Boyz II Men while drinking beer with a buddy was not what I would call good music.  We did have a fun time reminiscing about the old school songs so it wasn’t THAT bad.

IBREW is a great place and I will be back again.  I really enjoy going to the beer bars around Tokyo’s Yaesu area as they are never too expensive and the staff are friendly.  I just wish they weren’t very popular as I always go without a reservation and end up having to change my plans because there are no seats left for me.