When I first arrived in Tokyo, there were bicycles EVERYWHERE.  Bicycles and Motorcycles parked on the sidewalk as if it was a parking lot.  It was pretty normal to see.  Even cars would park on the side of the street and no one would even bat an eye. That was about 9 years or so ago and things have changed a LOT. 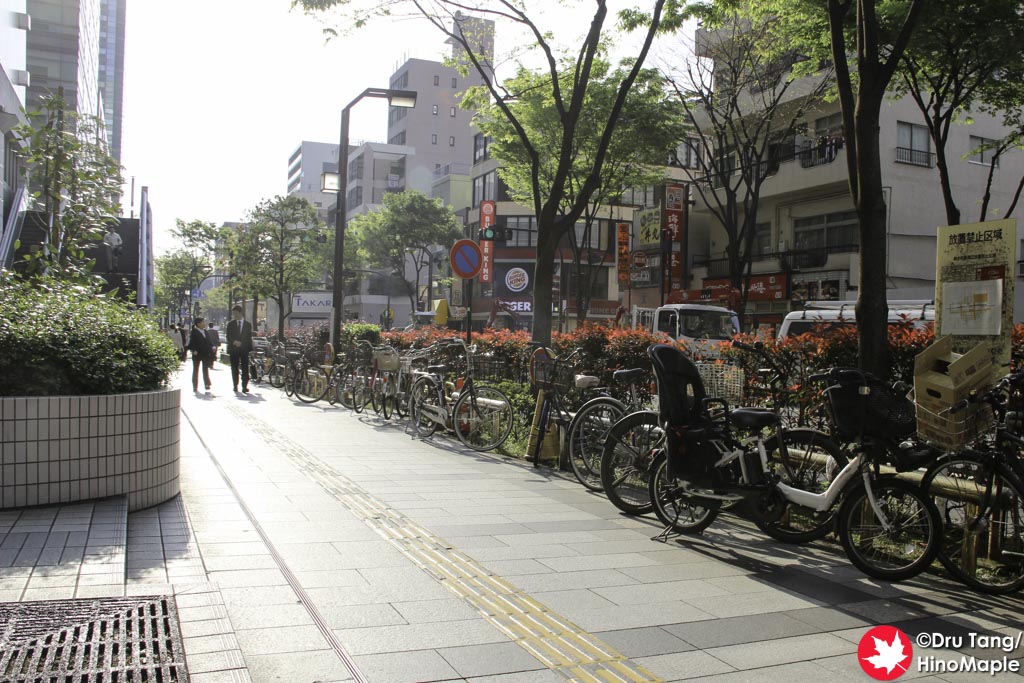 All Bicycles are Illegally Parked

Today, cars are being ticketed by for profit city parking enforcement.  They started slow but now people are actually afraid of getting tickets in Tokyo.  Most of Japan has followed suit too.  The goal to remove bicycles from streets started as soon as I arrived in Tokyo and I think laws have made it easier to remove bicycles from the side of streets.  It is a lot better to walk around but it is never perfect.  Most high end areas have seen most bicycles removed from the streets with a lot of people losing their bikes, but it is not all sunny all over Tokyo. 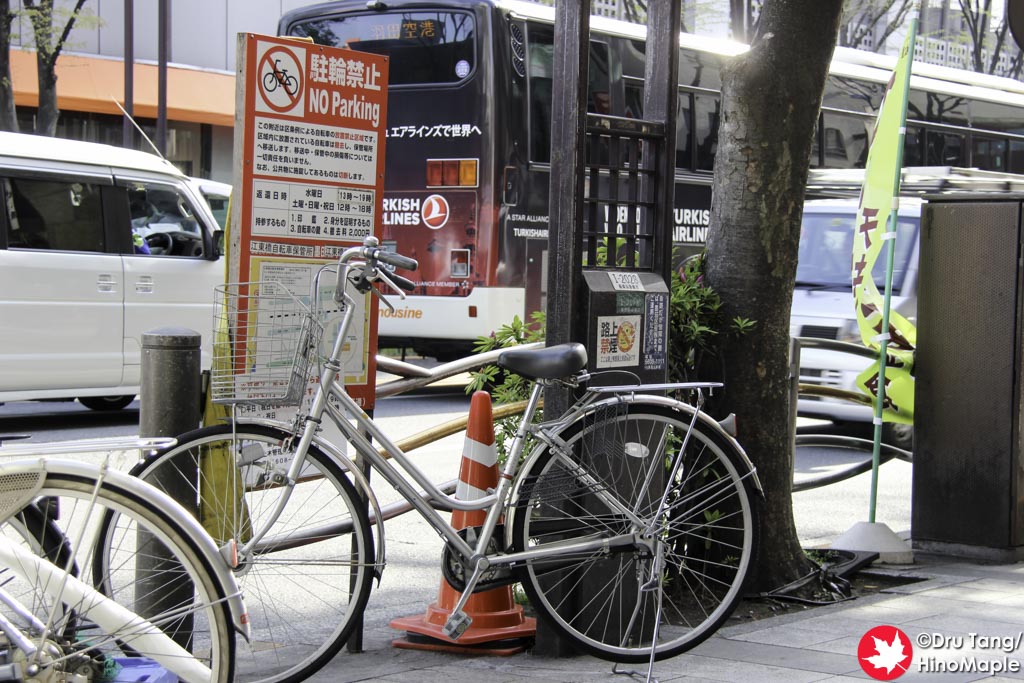 I was watching a program at the beginning of the year when I learned something bad about my neighbourhood.  I live in Kinshicho and I learned that it is the worst place for illegal bicycle parking in Tokyo.  Most stations in Tokyo have a 1-2 km no bicycle parking zone.  There is a several thousand bicycle parking spot area beneath Kinshicho station and yet there are dozens, if not hundreds, of bicycles illegally parked outside.  This is especially true at night and on Sundays when the bicycle enforcement team is not working. 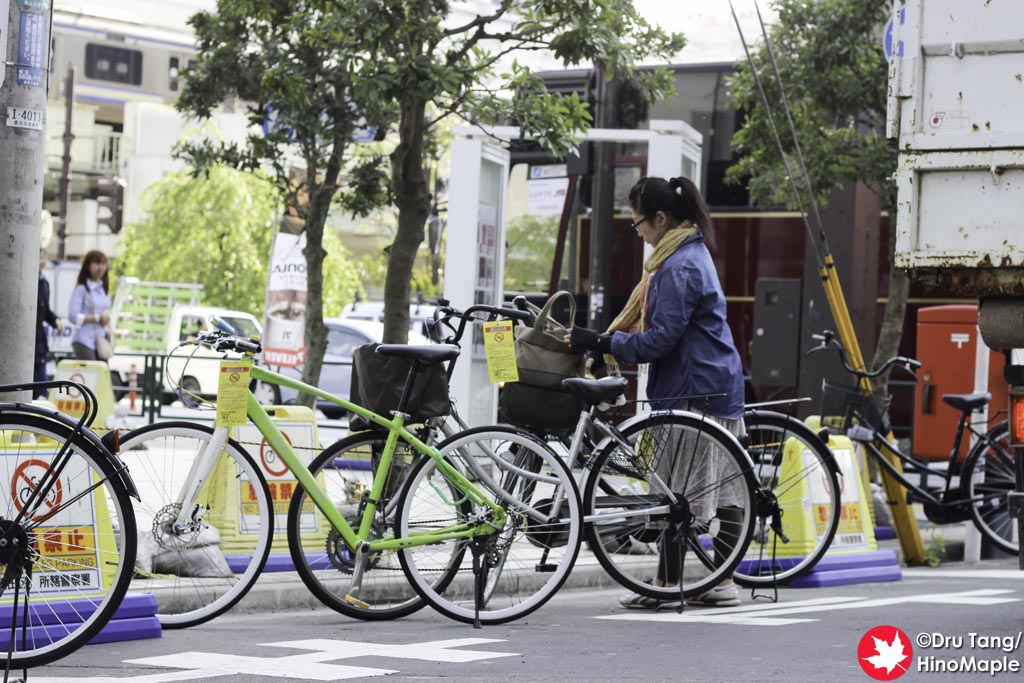 When I heard the news about Kinshicho, I was honestly not surprised.  Walking around the station, you can see bicycles everywhere, even in the day.  Most people have stopped parking their bikes within 100 meters of the station entrance but you can always see a couple just hanging out in the area.  I imagine they are there for just 15 minutes or so but you can always see them. 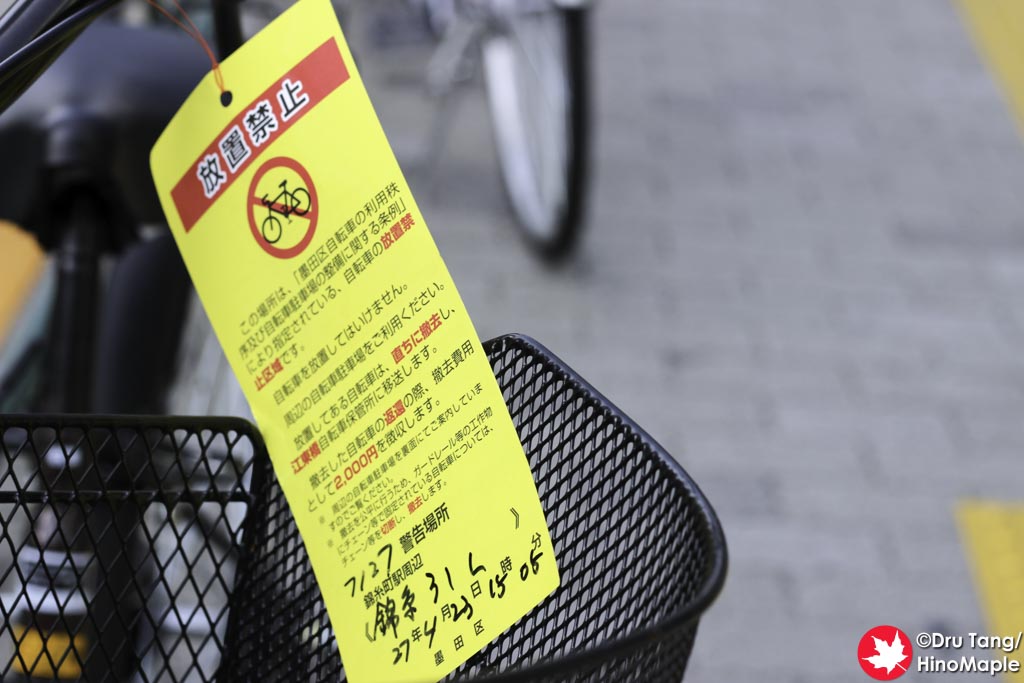 There are a lot of things people can do to remove bicycles from illegal parking and they are doing their best to do so.  I can often see ropes and signs saying that bicycle parking is not allowed.  This is usually used as a temporary measure and reopened within a year or so, although sometimes this is permanent.  They did this in front of the Lotte Building in Kinshicho.  When the building first opened, people would park their bicycles in front and it became a problem.  They roped the entire area off and after about 5 months it was opened again.  While people still park their bicycles on the street, they don’t do so in the area immediately in front of the building. 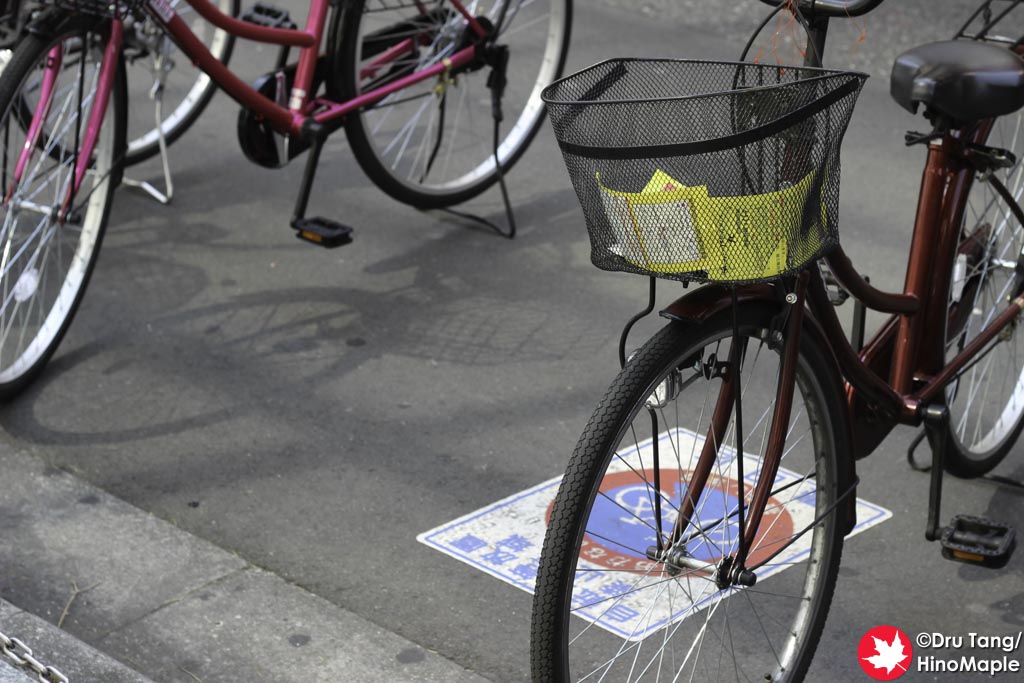 This doesn’t always work as there are areas where people just ignore the signs.  I have heard that in some areas they use crayons and draw like kids so that people are chided into thinking that kids are telling them they are doing something illegal.  To be honest, I don’t think anything can really happen.  There will always be illegal bicycle parking as people are lazy. 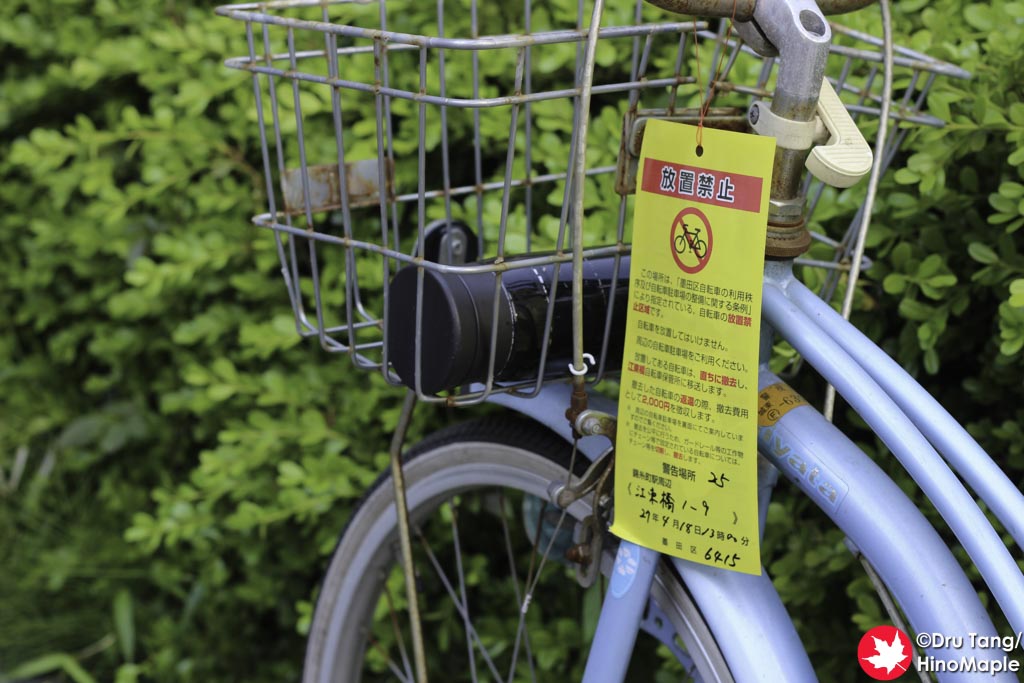 I learned of Kinshicho’s problem on a TV show.  It was an informative show on how they were trying to combat the problem but the best part of the show was that they actually had an actor who played yakuza bosses go around and ask people why they were parking illegally.  It was a small thing but funny to see people try to explain why they did things or just try to run away. 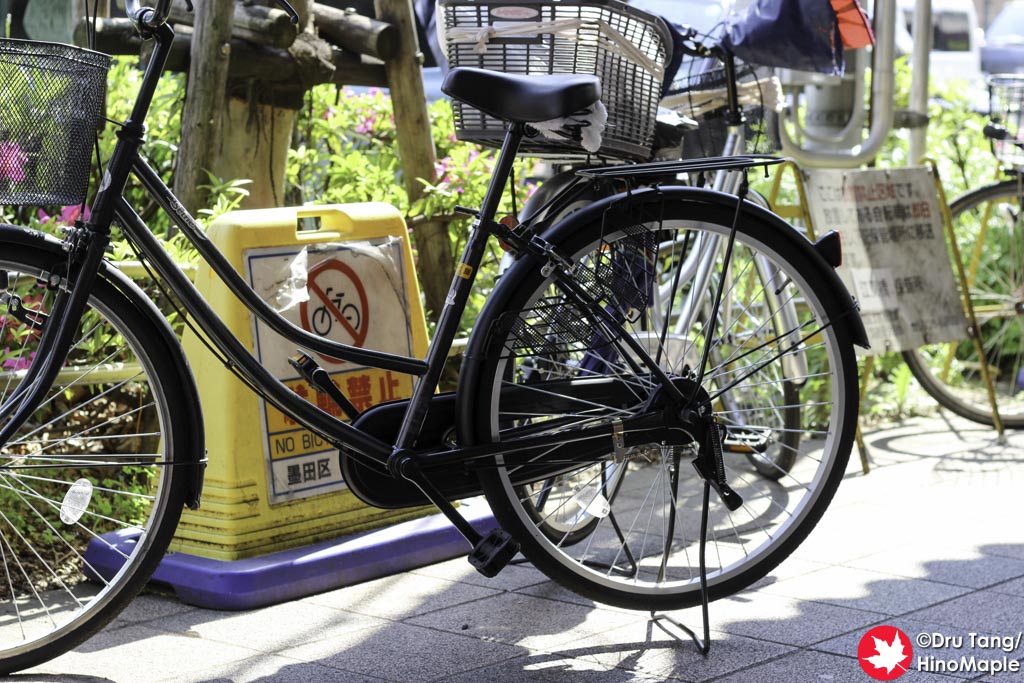 Illegal bicycle parking in Japan has gone down a lot since I first arrived in Japan and it will continue to go down.  There is a need for better parking facilities but who knows when that will happen.  They are trying hard but it takes time and hopefully in the future I won’t be tripping over illegally parked bicycles. 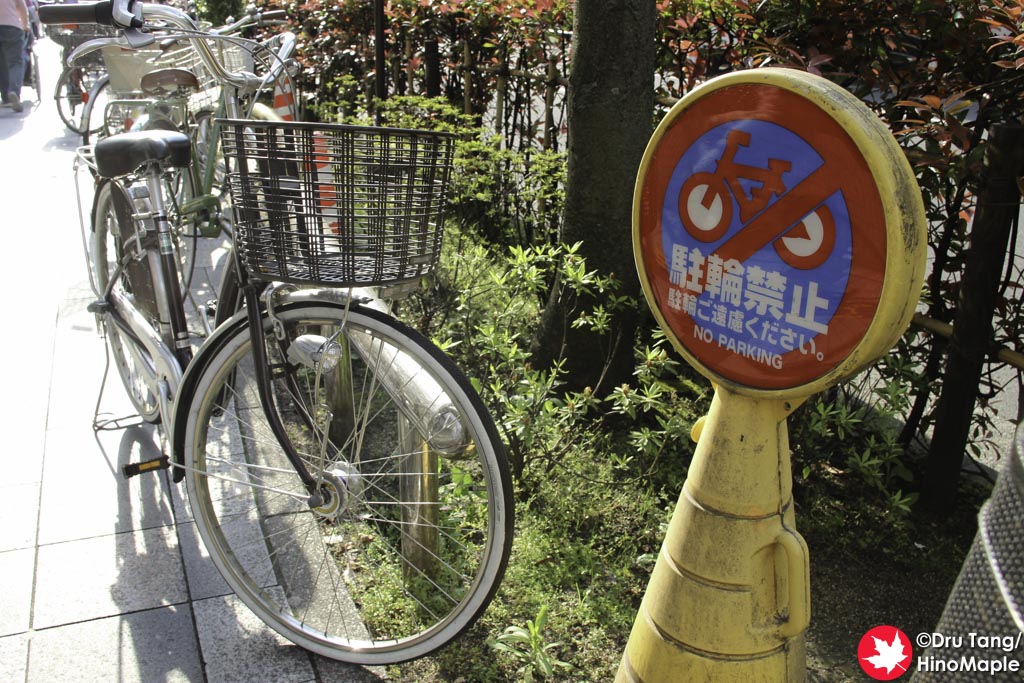 PS:   My favourite method of deterrent is to either move the bicycles to a gated area or flip them.  Small annoyance but it is fun.