On the last weekend of March, I ventured out to Suwa to check out the Nomiaruki.  Last year, I visited the Nomiaruki for the first time and I had a blast.  Of course, for this year, I had to try to go again.  It was a well-deserved break from work and a well needed adventure.  It was a little different than I remembered but it was still a fun time.  They had to change a few things as time moves on and the festival gets more and more popular.  If you want to learn more about the festival itself, check out the original post, link below, as this post will focus more on the changes that happened and what I experienced. 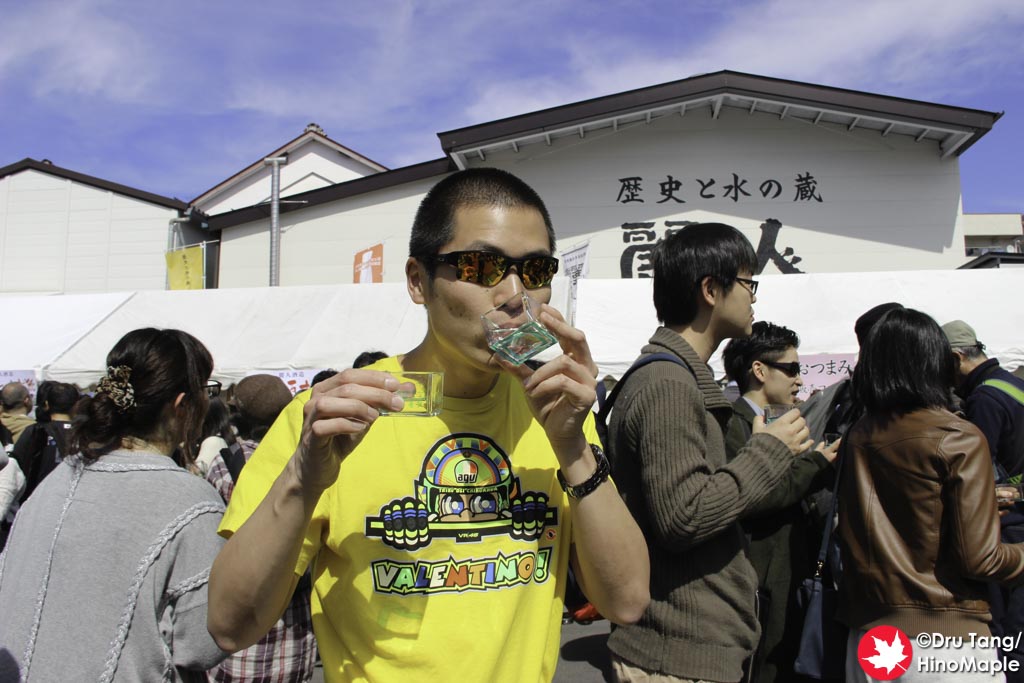 The first major change was they did was the system for getting tickets.  You really had to go early or buy your tickets early.  Up until last year, you usually paid at the event and they didn’t have any limits on who could go.  This year, they had to limit the number of tickets sold.  They had pre-sale tickets which sold out about a couple weeks before the event.  They also had 1000 tickets available on the day of the event as well.  Thankfully I got my tickets without problem and since I got pre-sale tickets, I was able to save almost 1000 yen on my ticket. 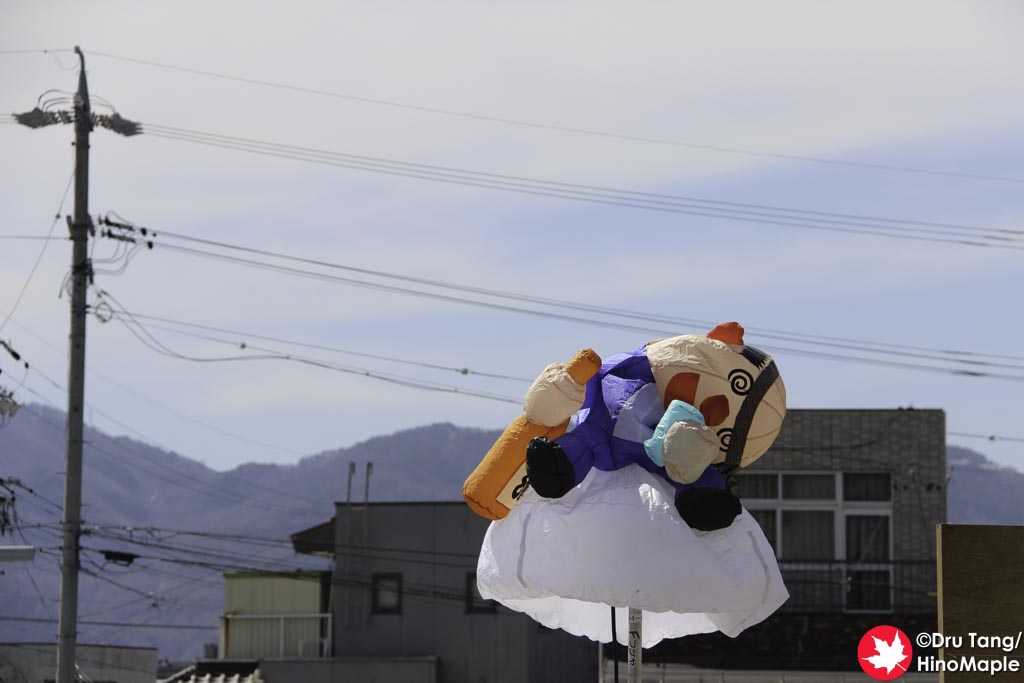 Like last year, when you arrive at Kami-Suwa Station, you head out and get your ochoko, the sake cup.  As the trains started to arrive around noon, the station started to get extremely crowded.  It felt as if the entire train was full of festival goers and I was part of the chaos.  I decided that since I had an hour before the actual event started, I would head out and just wait near the station.  I thankfully remembered that if you had pre-sale tickets, you could go to other locations to exchange your ticket into an ochoko, so I headed towards the 5 kura, sake breweries, and exchanged my ticket for an ochoko at a secondary site.  It was far more relaxing than doing so at the station. 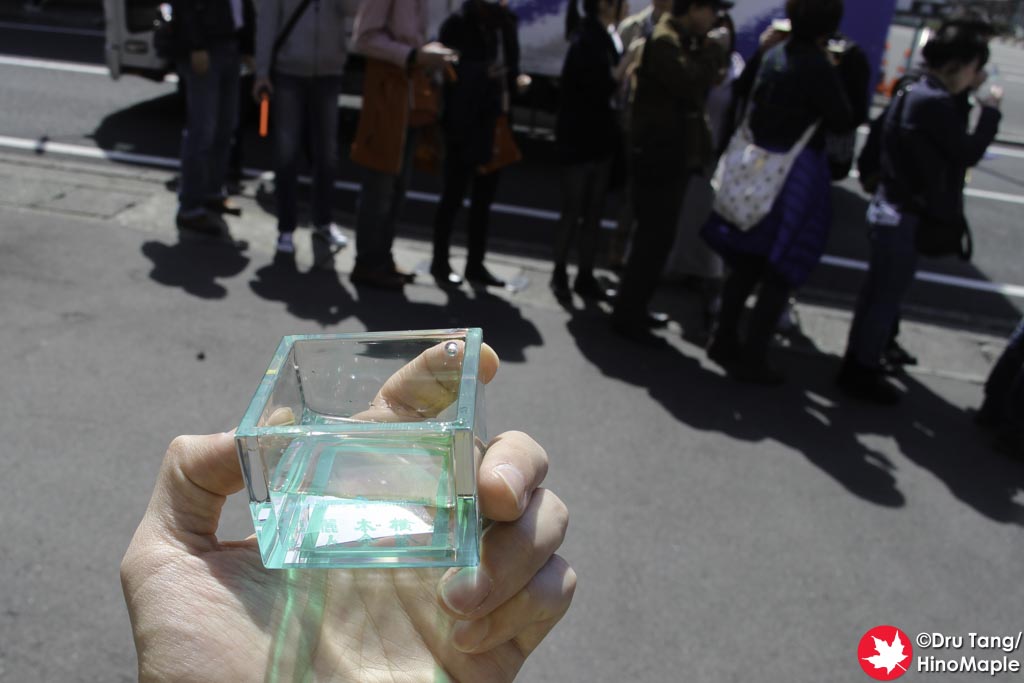 This year’s ochoko was the same as last year, except the design of the logo was different, and green this time.  As a tip, try to bring a lanyard with a string as they have a small hole to help you carry it around, otherwise you’ll be holding it all the time. 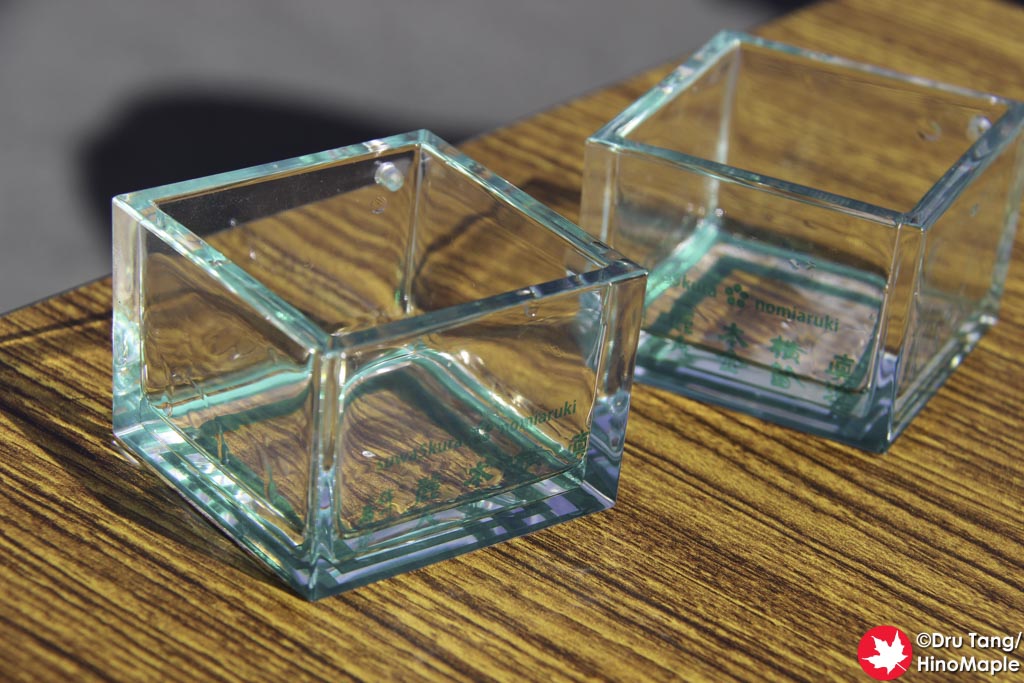 Like last year, I headed to Reijin first; it is one of the breweries with the largest places to relax.  They have a parking lot in front of the brewery where you can just lounge about and get some good drinks.  I did our customary first beer, but this year Reijin did something new, they brought new large sized cups!  They had their standard 3 beers: Kolsch, Alt, and Stout; but they also had an interesting Citrus Ale which used Yuzu. 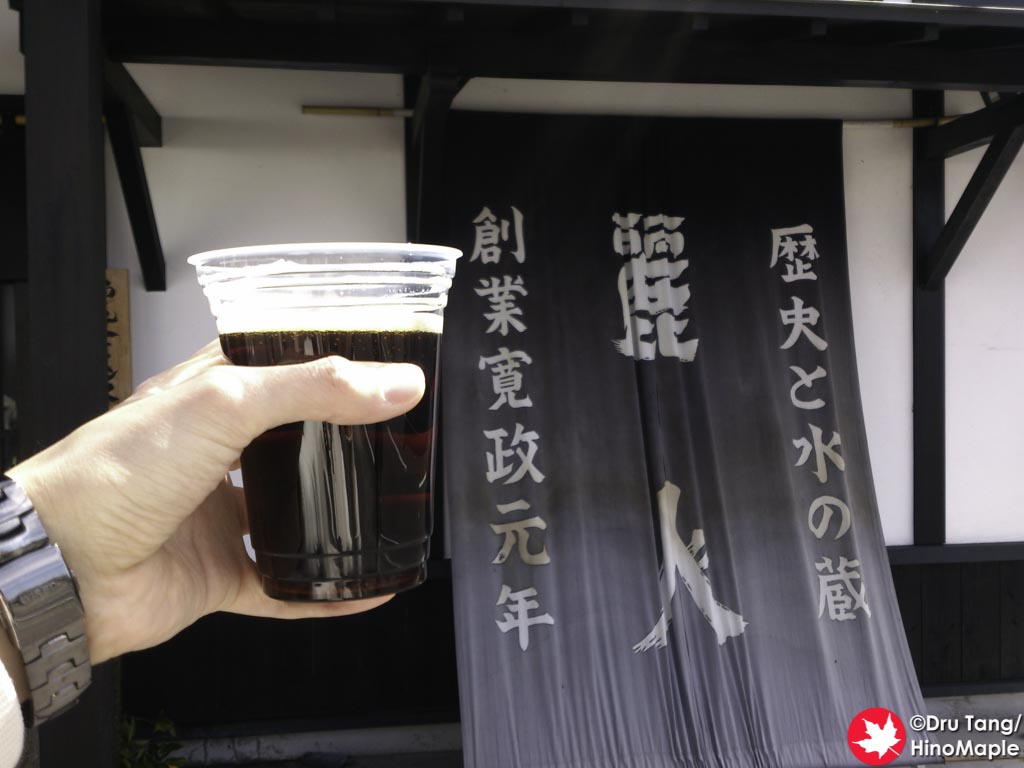 This year, since it was my second time at the Nomiaruki, I decided that I would go to the places that I wanted to visit and drink what I wanted to drink.  I didn’t feel obliged to go to every kura and to drink everything. I did feel a compulsion to go to Masumi, which last year was a drunken mess for me.  While I didn’t feel as drunk this year as I did last year, I was still not in the best shape possible.  I spent most of my time at Masumi this year because it offered the most comfortable place to relax.  Reijin is still a good brewery and I do enjoy their sake but Masumi has the best place to relax.  The area next to the brewery had lots of seats and I didn’t have to stand, which was a good bonus. 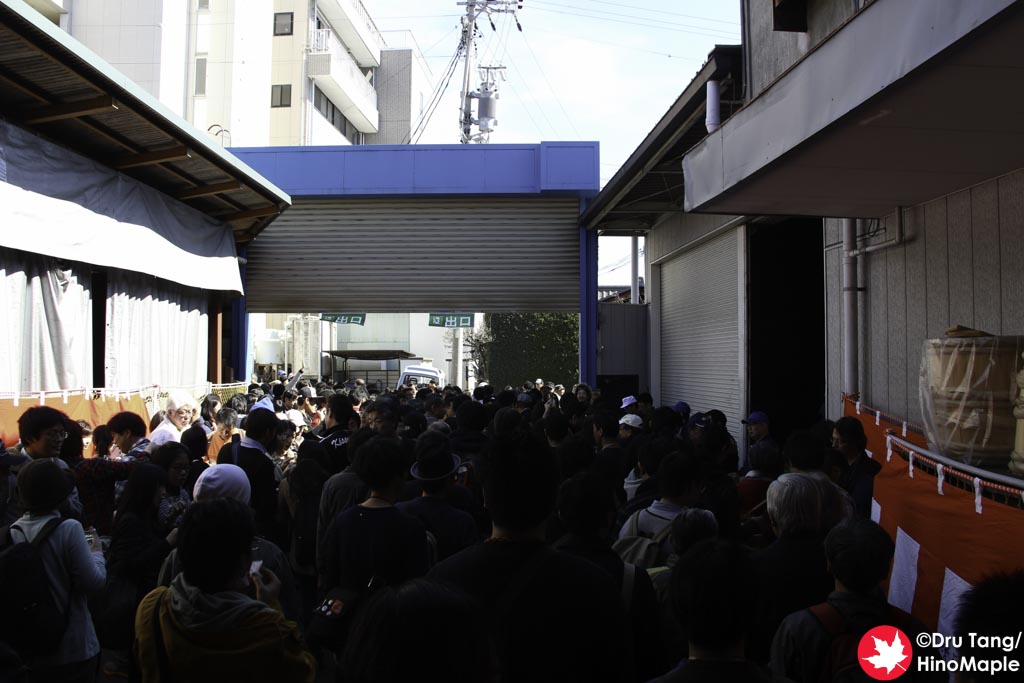 This year, I decided to take the back roads a bit to see if I could escape the crowds to get from brewery to brewery.  It was a LOT safer and a lot quieter.  You need to walk farther to get from brewery to brewery but since there are less people, you can do so a lot quicker.  It is also safer as you aren’t walking along the main road.  The main road’s sidewalk is really only about 2-3 people wide.  You have to be aware that it is not part of the official area and the local residents may get angry if you are drunk and making a lot of noise, but if you are respectful, you’ll have no problems getting around. 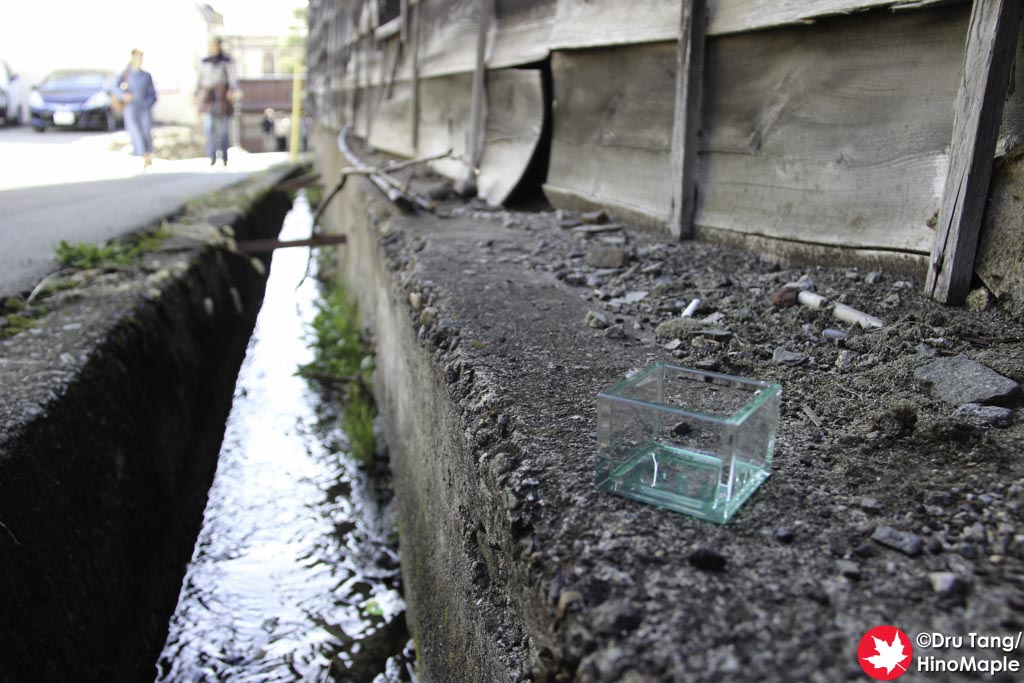 Quiet Moment at the Nomiaruki

There are a couple breweries that are just ill equipped to handle the number of people visiting.  Honkin is the worst as they have a very small area inside their shop and people were spilling out onto the street.  I can’t blame them for the logistical problem as they don’t have a parking lot or a side street adjacent to their brewery.  I think they’ll need a lot of help from the other breweries to find a solution to help them as it was a bit dangerous and not as comfortable as I know they’d like it to be.  I didn’t actually go to Maihime as I was a bit too drunk to drink their sake this year, but I do remember they had similar problems; not as bad as Honkin but not as welcoming as the bigger breweries. 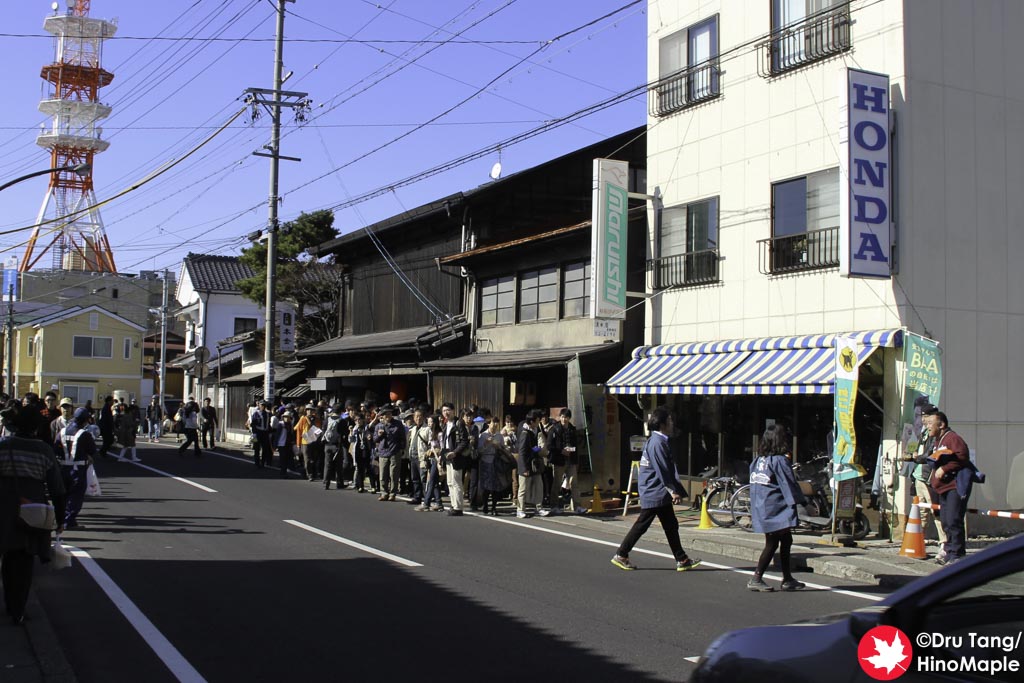 Yokobue is a good brewery with some interesting sake.  I felt that they were a lot busier than last year and they needed to fix the system of getting sake.  It was a bit disorganized but they did their best and they were friendly as ever.  I discovered a small side street that was not large enough for people to mill about but they had just enough space for about 8 people to huddle next to the building and not get hit by cars.  I’m sure the locals were not as happy but for a single day event, I’m sure they weren’t too upset either. 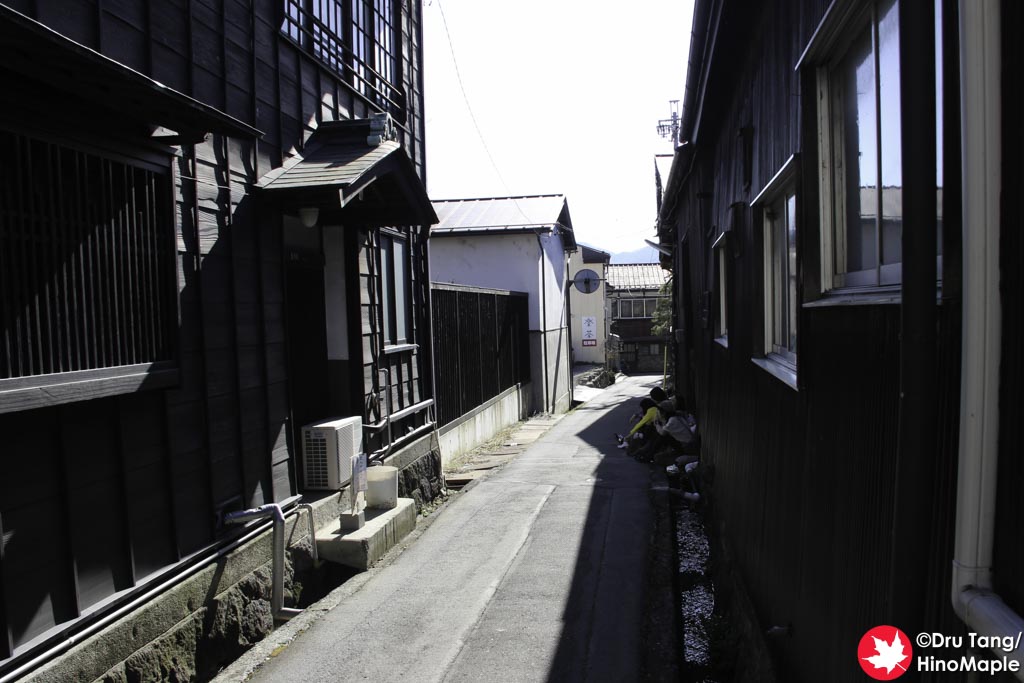 Overall, the Nomiaruki is an event that I want to visit again in the future.  I can’t wait for the next one but I am worried that it will suffer under its own success.  It is a great event but it is getting too busy.  You can easily walk around the area and notice the overcrowding.  The logistical problems need to be handled better and they need to consider better ways to deal with the crowds.  This will involve a joint effort of the 5 kura, the city, and the local business.  I’m sure they can overcome the problems in the future to continue their success and I do look forward to going again either in October or next spring!