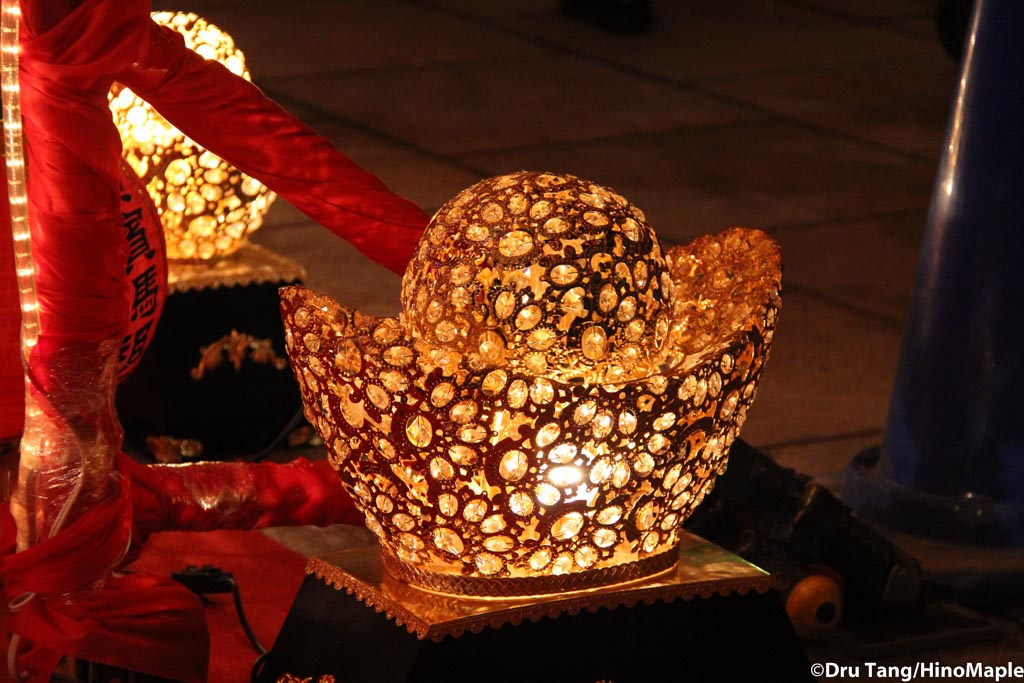 I figure many of you who are reading this are not Chinese, but there are a good number out there who are, or a good number who want to know more about what Chinese New Year (CNY) is like in Japan.  I usually don’t celebrate CNY in Japan because I have no family here.  Without family, I felt there wasn’t really much to do, but this year was a bit different.  I had a friend visiting from Vancouver and my Japanese/Chinese friends here in Japan were having a party to ring in the New Year, so I decided to join them. 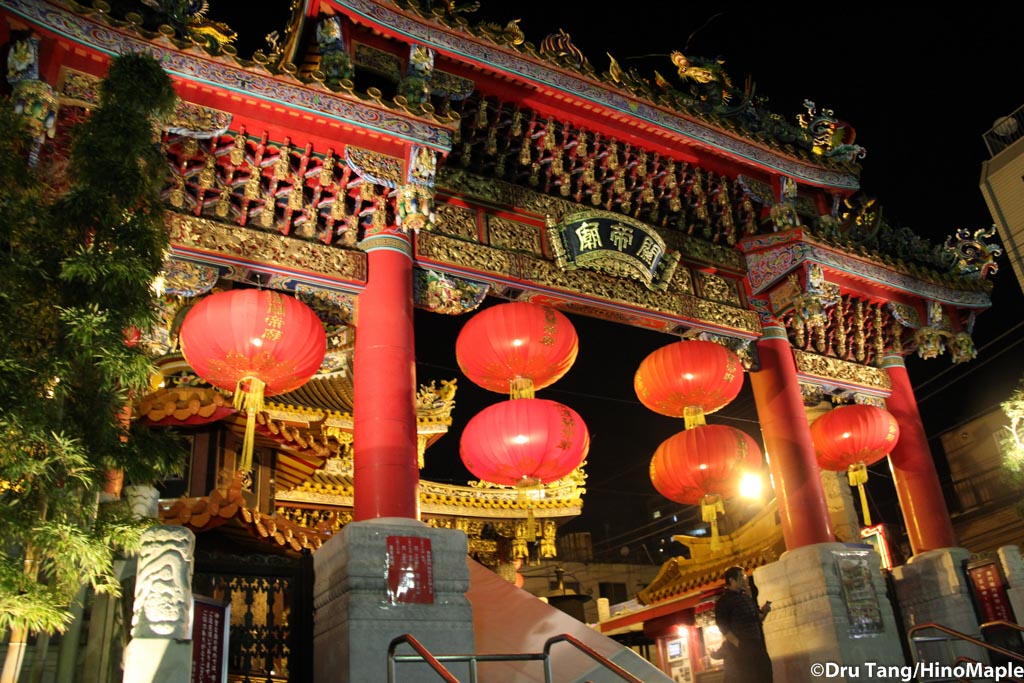 Kantei-byo During CNY in Yokohama

My friends have had parties in Yokohama for a few years now.  Yokohama is where the main Chinatown in Japan is, so it is pretty natural to want to have a party there for CNY.  The entire area was dressed up for the New Year with red lanterns and various activities happening throughout the night.  It was pretty beautiful to see and something you should go and see if you have never experienced CNY before.  Just be aware that if you go for the countdown, there is a low chance you’ll make it home as most last trains to Tokyo will end before midnight. 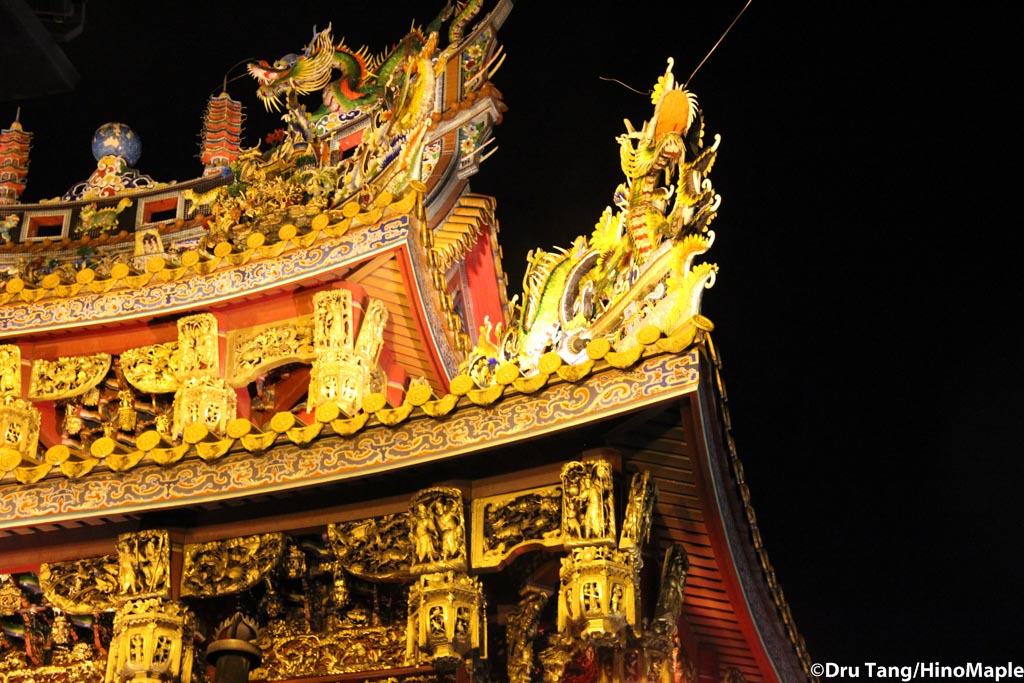 The festivities started off pretty normal, well normal for me.  We went to a restaurant and my friends booked the entire restaurant!  We had the entire first floor and were able to enjoy a small meal as well as a lot of drinks.  By a lot, I mean a lot of beer and a few bottles of Chinese rice wine.  I had never had Chinese rice wine before so it was interesting to have it.  I had about 2 or 3 shots, and my head was spinning.  I heard that Chinese rice wine tastes terrible and after drinking it, I can agree.  Somehow it came off as having a bit of a soy sauce flavour for me.  Either way, I was warmed up and ready to party! 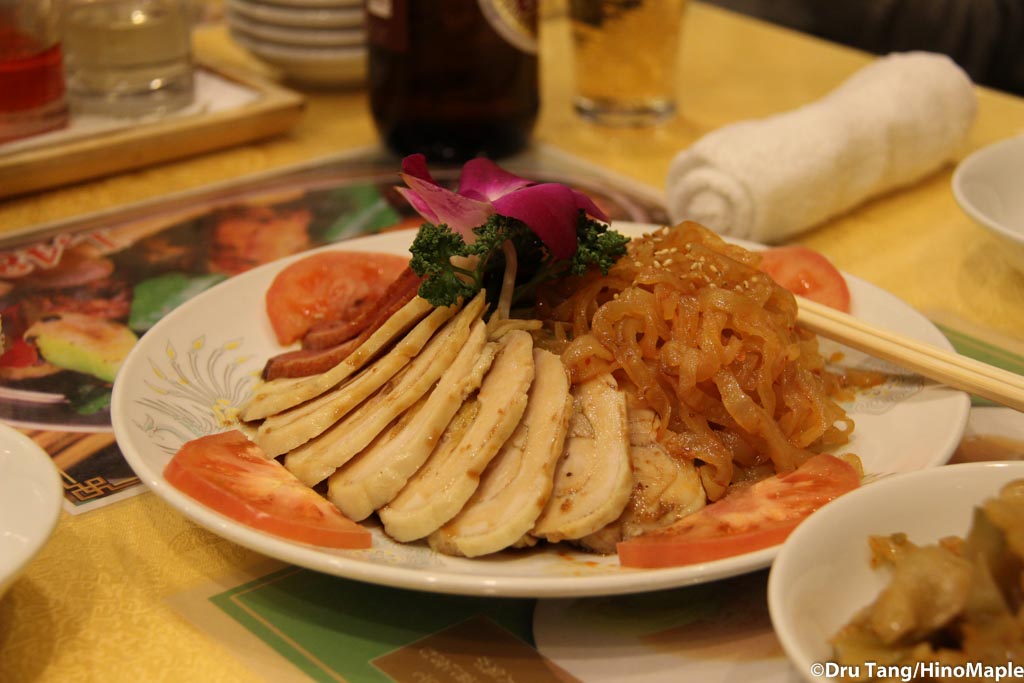 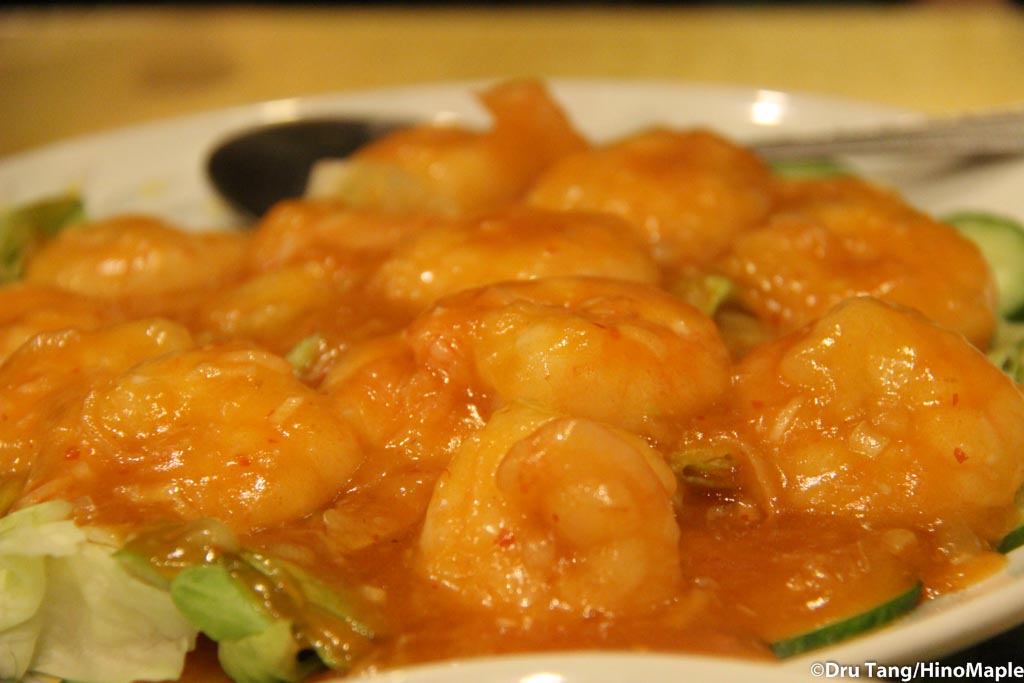 After dinner, we drunkenly headed to Kantei-byo.  It was just around the corner from where we were eating.  We headed there just before midnight and there were a lot of firecrackers going off in the area at the same time.  Being CNY, everyone was having fun lighting firecrackers. 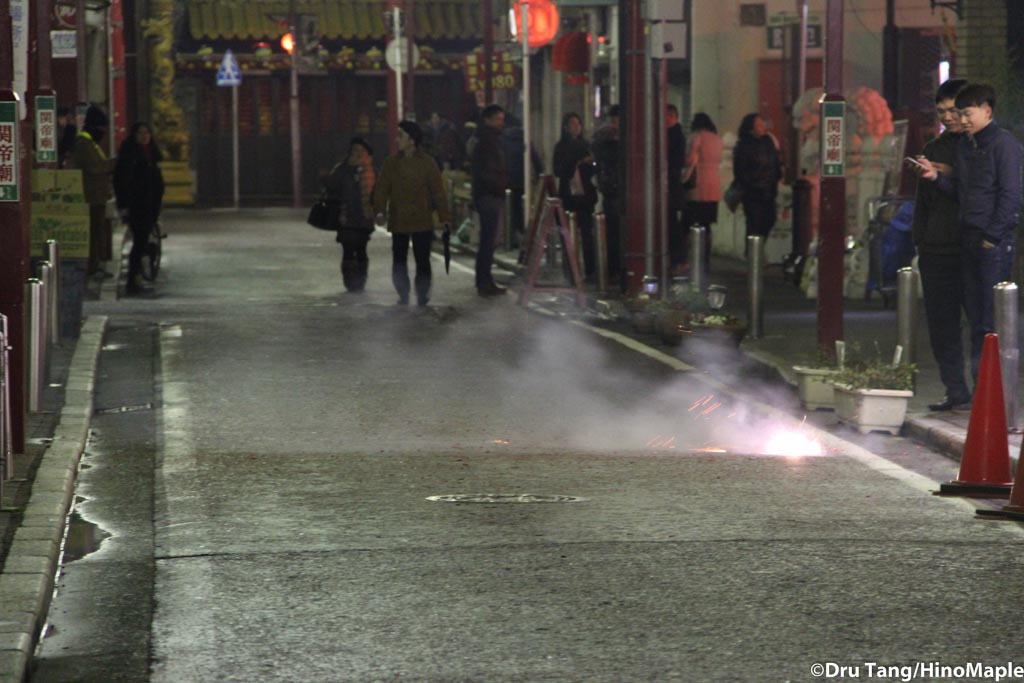 Once at Kantei-byo, we didn’t actually go into the temple.  We went around to the side to the school.  Every year they hold a small countdown followed by a lion dance.  It is fun and if you have never seen a lion dance it is a must see.  I believe they also do lion dances all day and around Chinatown during the New Year as well.  We didn’t actually pray at the temple, which I found out was a temple for business, but we headed to a different temple to pray instead. 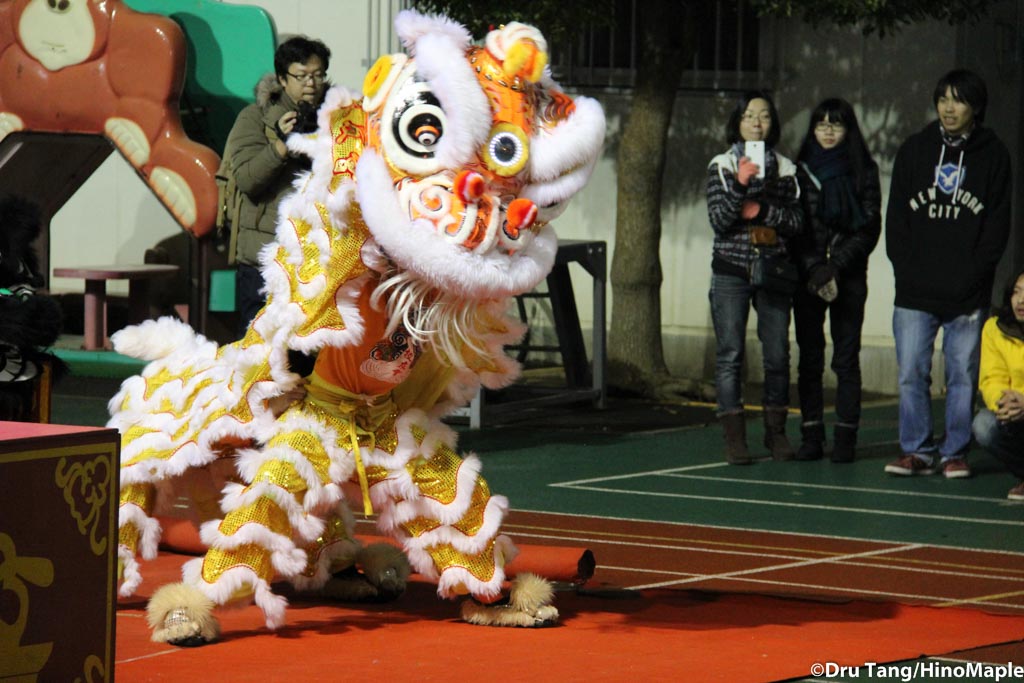 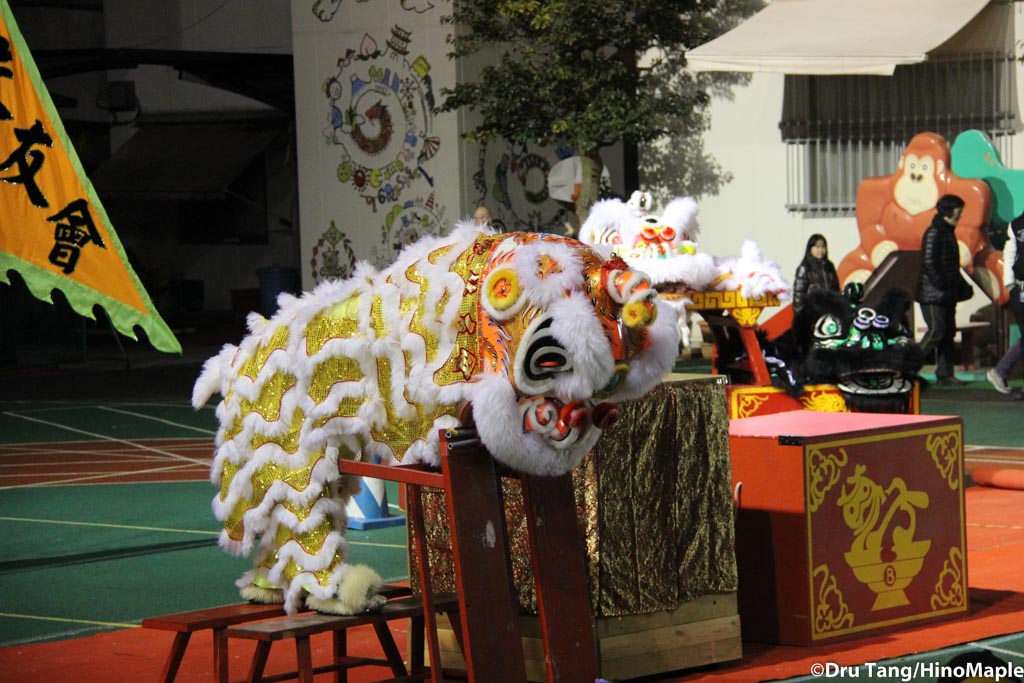 After Kantei-byo, we all headed to Maso-byo, a temple for Ma Zhu, the “Holy Mother of Heaven” as their official website calls her.  This temple was not as busy as Kantei-byo but it was still busy soon after midnight.  We went in and while I didn’t do too many things, I did take a lot of photos.  My friends started off buying the traditional charms.  There were incense sticks as well as “lucky money” paper.  Once they bought it, they headed under an ornamental gate that was erected just for the New Year before heading to the main prayer area.  They then proceeded to pray with the incense at the main temple.  Once that was done, some of them had the “lucky money” so they lined up to burn it so that they had good fortune for the year.  The “lucky money” is an offering to the gods and when you buy it, it is all bunched up together.  You have to separate them individually and then put them into the fire pit.  It was interesting to watch and I hope my friends get a lot of good fortune. 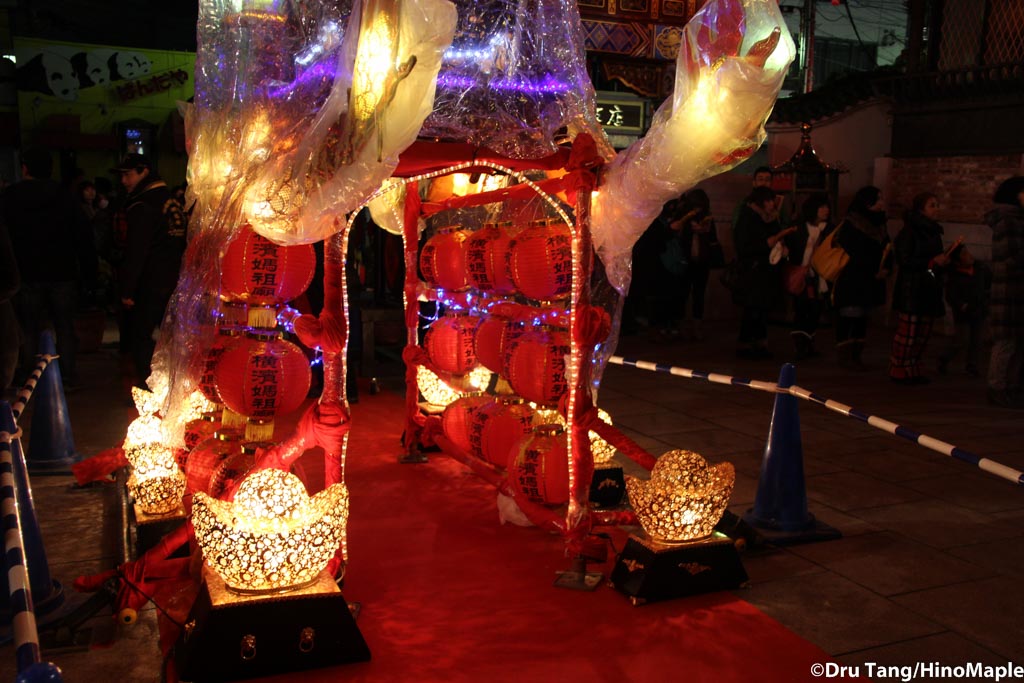 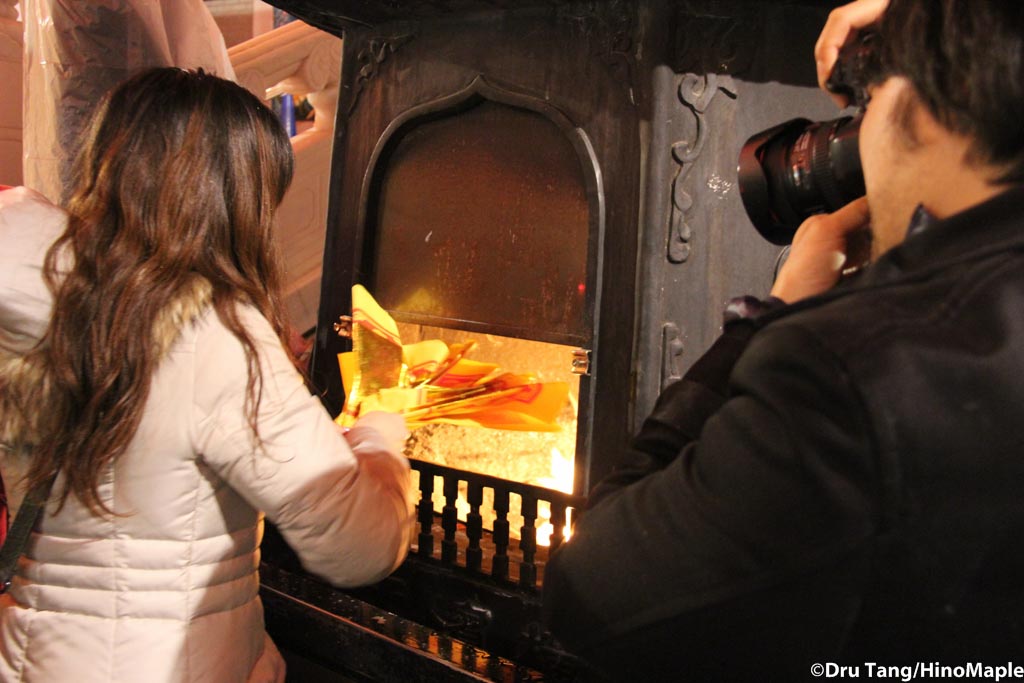 Praying for Good Fortune at Maso-byo

After we did our prayers, we had no choice but to keep partying till the morning.  We headed somewhat straight to the karaoke shop and got our room for the night.  We continued to party hard and sing even harder until it was before dawn.  We left around 4:30, slowly meandered to the station and I finally got home around 6:30.  I could have gotten home a little faster but I was trying to be responsible by making sure everyone got to their stop okay.  Since everyone was awake all night, most of my friends passed out on the train.  I had to make sure they got up for their stop.  I decided to stand all the way home because I knew that if I sat down, I’d wake up in Omiya. 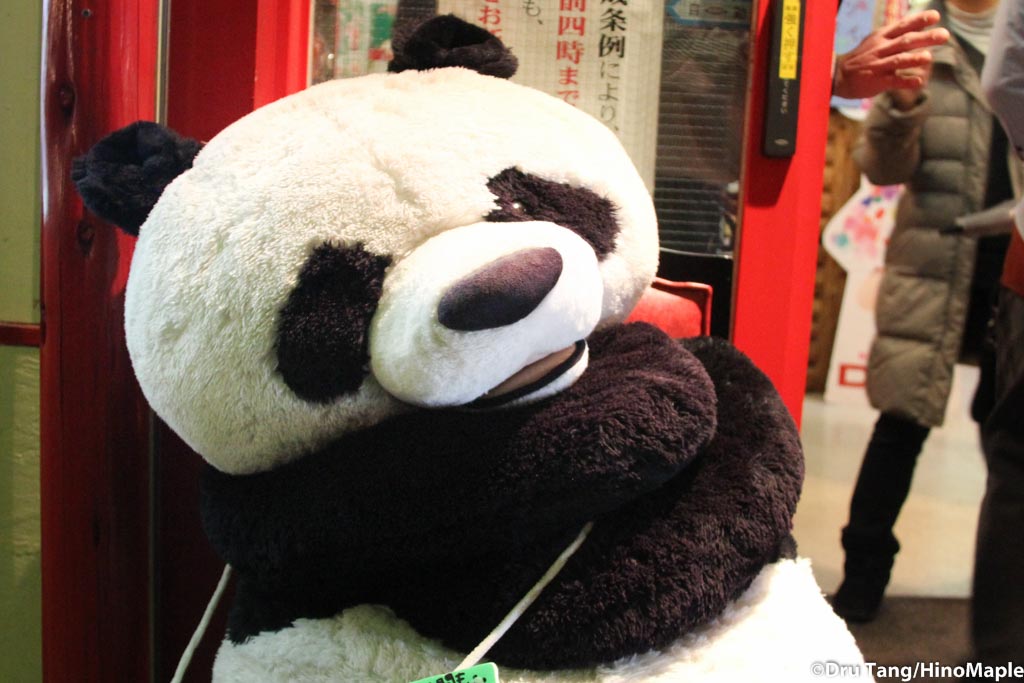 Cool Panda at the Karaoke Shop

The night was an awesome night and it was a lot of fun.  I don’t know if I can do it again next year as next year will be a Thursday night.  We’ll see how things go and if I have the time, I’ll definitely be sure to go again and celebrate a fun night with my friends and ask for good luck from the Chinese gods. 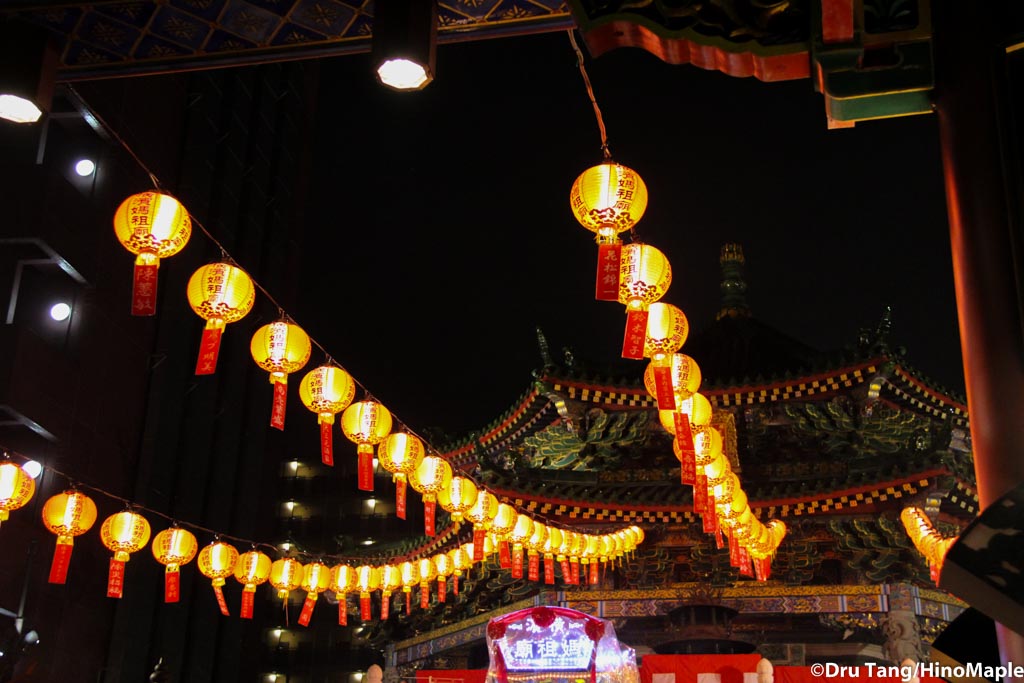 Maso-byo Decorated for CNY in Yokohama

PS:  If you are worried you missed the festivities, CNY goes for a long time.  You can still make it to Chinatown to see what is going on by March 5th.