Good Beer Faucets has been a beer bar that I had been meaning to visit for a long time now.  I learned about them when I was starting to learn about craft beer and thought that they would be a great place to visit.  They are located a short walk from Shibuya Station and just down the street from Don Quijote, it is just far enough from Don Quijote that the street is relatively quiet.  Once you get inside you are met with a really nice interior that makes you think of a western beer bar. 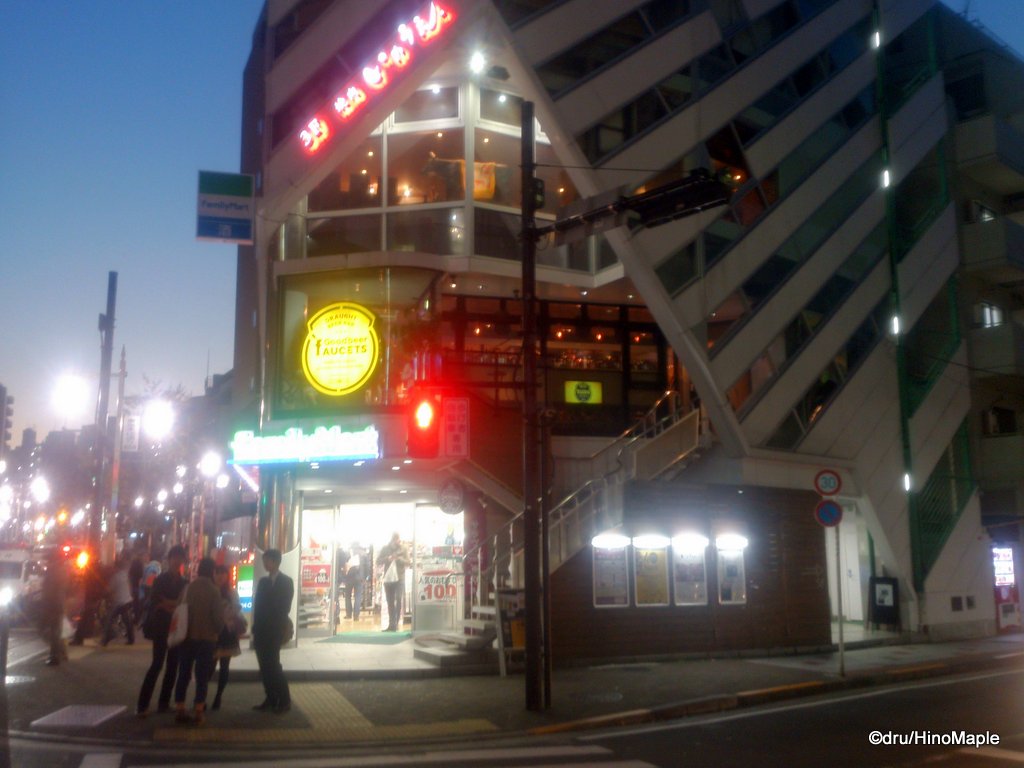 Good Beer Faucets focuses “mainly on Japanese and American” beers and with all of the beers on tap, I can see why.  They have a heavy reliance on only two breweries when it comes to the Japanese selection.  While they have a very nice range of beers, I was disappointed that they didn’t have some of my favourite company’s there.  With 40 taps of beer, the expectation was very high and I probably put them on a very high pedestal.  The two breweries that they favour are Brimmer Brewing and Baird Beer.  Both are breweries run by Americans who know how to make a good beer.  Good Beer Faucets even have their “own” line of beers that are contracted out to Brimmer and Baird respectively.  They are open about it and you can even see which beer is made by which company. 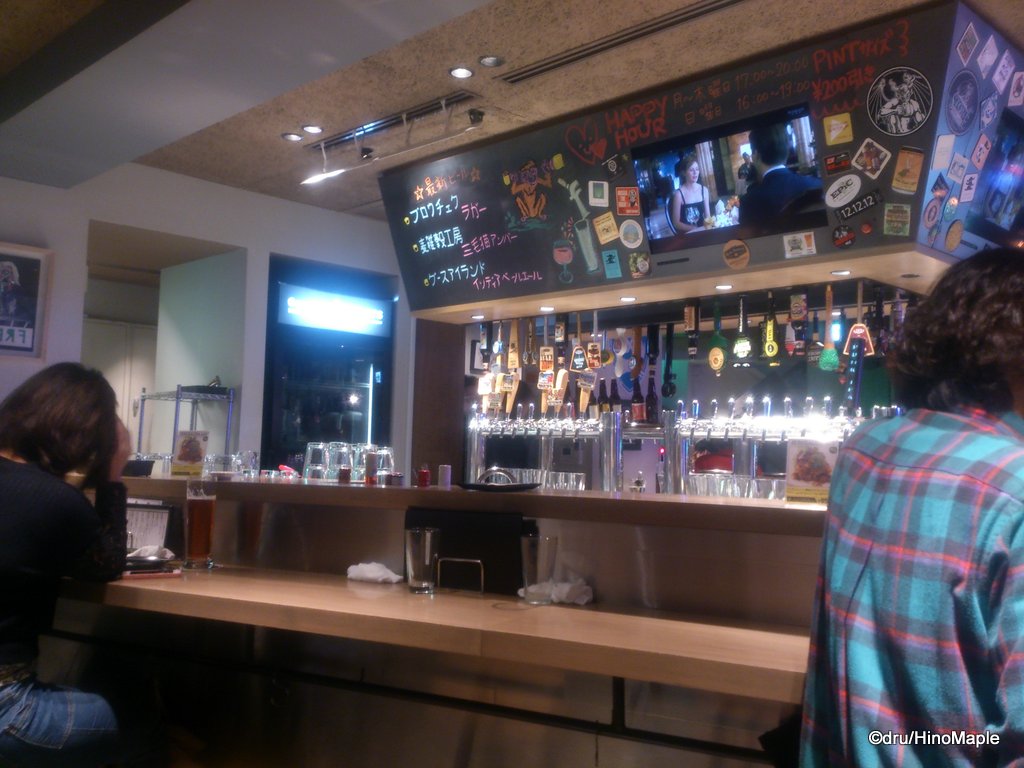 On my first visit to Good Beer Faucets, I had a couple of Nide beers and both were good.  On my second visit, I went for a party and I was happy that the all you can drink menu included Nide beers.  Some restaurants will only offer the cheap major brewery beers for their all you can drink menu, even if they predominantly focus on craft beers.  The selection I had was very good.  On my first visit, I had the Redneck Amber Ale.  It was pretty standard and nicely hopped Amber Ale.  On my second visit, I started off with the Yuzu Dream Ale.  It was a really good fruit beer but the Yuzu was almost too much.  I prefer my fruit beers in summer rather than in autumn but it was still a good refreshing beer.  I might have wanted more hops in it though.  My favourite beer from the Nide line is the Monster C IPA.  It is a well hopped IPA that isn’t too heavy either.  The colour is good and nicely balanced.  Because it was an all you can drink affair, I was also treated to the Endless Brown Ale and the Stout that was hand pumped.  The quality of kegs from both Baird and Brimmer were really good. 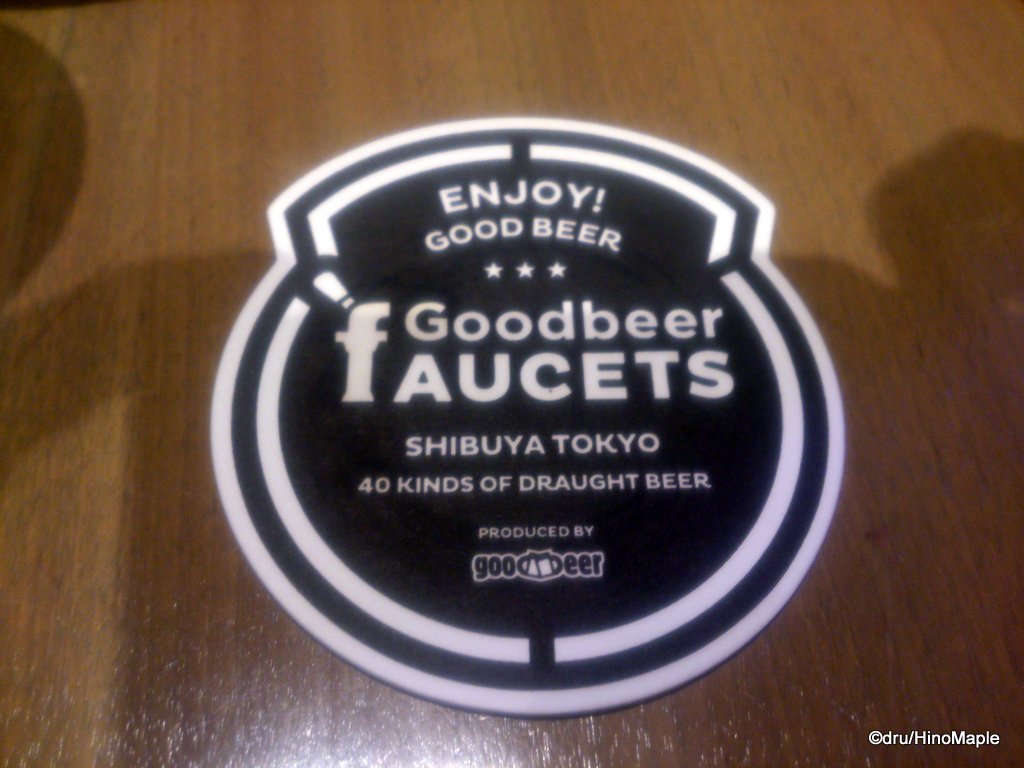 The food at Good Beer Faucets was also nice.  While I didn’t eat on my first visit to Good Beer Faucets, I did get a set dinner for the party I attended.  The food was really good.  They play the western card very well with a variety of western foods.  Compared to a few other places that charge a lot more, the quality of the food wasn’t bad.  It isn’t something that I would say is excellent but I would have no problems eating at Good Beer Faucets again in the future.  A good beer bar doesn’t always have great food but the food was still better than a cheap izakaya and worth the small premium due to the location in Shibuya.

If you are in Shibuya and in need of a good beer, Good Beer Faucets is a good place to go and I wouldn’t hesitate to recommend people to give it a try.  The variety of beers available, since they advertise that they have 40 taps, is decent, but somewhat narrow.  They have a lot of variety but the number of companies that they serve feels limited.  I’m a very tough person to please so don’t let this negativity affect your choice to go here.  As I said, I wouldn’t hesitate to recommend people to go here, and I would go here again in the future if I was in the area too.