After my post on the Nomiaruki, I decided to focus a bit more on the sake breweries themselves.  The 5 Suwa sake breweries are very interesting and surprisingly organized.  I’m not too sure how they are organized but the main website for the Nomiaruki suggests that the actual festival is organized by Masumi and I would have to guess that they are the ones controlling the flow of information on the website as well.  They may have their own board to control the promotion of the entire group and it appears that things are working out very well for them.  I do hope they continue to grow and be successful both in Japan and abroad.  From today and the next four weeks, we’ll focus on one of the breweries each week.  Let’s get started. 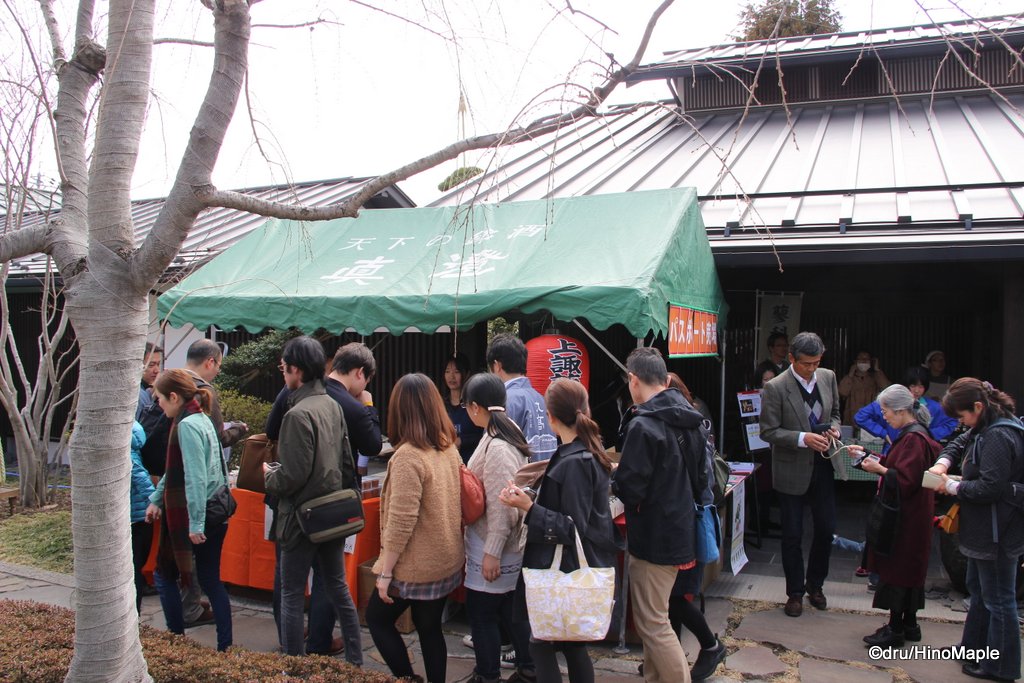 Masumi is probably the largest sake brewery in Suwa and they have two breweries.  Their main brewery is no longer located in Suwa due to size restrictions of the area but they still maintain their original brewery.  Started in 1662, this brewery has a very long history.  Named after a mirror in Suwa Taisha (Masumi Mirror) which means transparency or truth, the brewery pays homage to the famous shrine from which it got its name.  During the festival, Masumi is probably the busiest brewery due to its name and how the brewery is laid out.  The first part you will see is a small open area with the shop opening.  This area is good for a short rest but heading into the shop is the most important part, unless you are there during the festival where the sake tasting is the most important part.  Inside you will be greeted by high ceilings and very modern, yet traditional, looking fixtures.  Everything was carefully crafted and you could easily enjoy spending time looking at some of the local items and enjoy tasting the sake.  I didn’t get a chance but I believe tastings are free but you can also pay for larger servings of sake.  They had the largest public area out of the 5 breweries.  Next to the shop is the factory section.  During the festival time this area is open to the public for tastings and the exit is onto an adjacent street.  The factory section is extremely crowded during the festival and the outside street is also pretty busy as it is one of the few places where you can enjoy a place to sit. 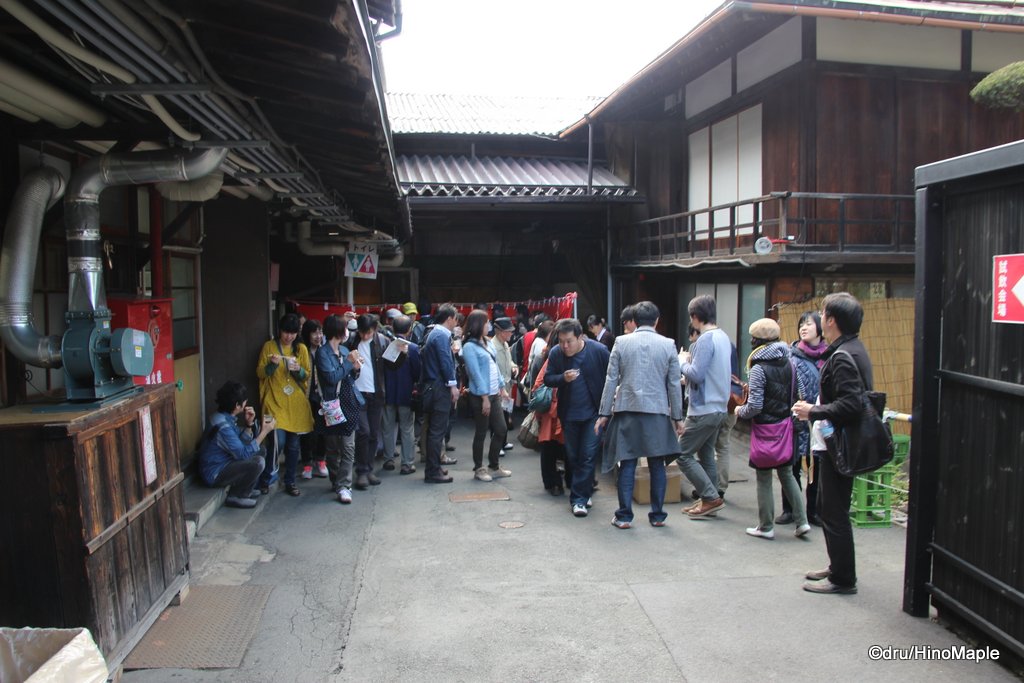 The sake from Masumi is pretty standard for the area, but that doesn’t mean it wasn’t good.  During the Nomiaruki, I couldn’t really comment on whether it was good or not as I was pretty inebriated when I got there,but I have tried it since and it is a very good sake.  If you are trying to get samples, you have to push your way a bit to get to the tables with sake and then ask for it.  It is hard to tell what you are drinking as there is a line and you feel rushed to drink it as fast as possible.  I didn’t get a chance to head back on the following day as they were a little too far and the rain was a little too hard.  I will be back again someday to make sure I try it properly and update this blog as well. 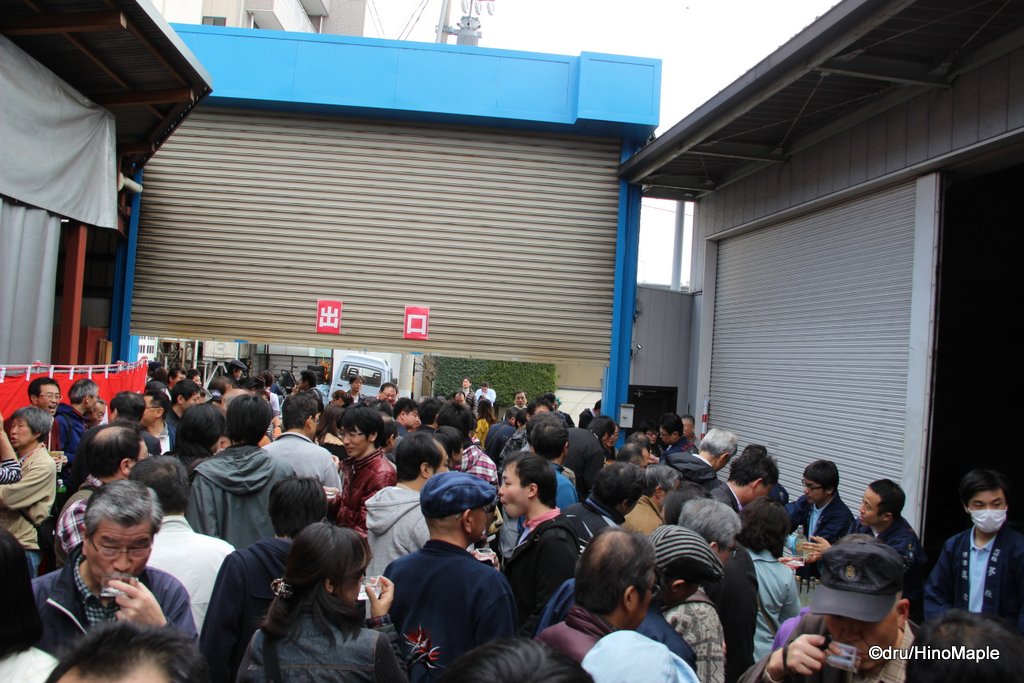