I keep trying to go to as many different beer bars as I can around Tokyo.  It is one of my new passions and I just can’t help it when I have a chance to visit one, even for just a single beer.  I had the chance at the end of 2014 to visit Vector Beer.  They haven’t been around for a long time, maybe about a year, but they are very popular.  I went on a weekend and thought I could just sneak in and get a quick beer before going to a friend’s Christmas party just down the street.  I was so wrong when I did go. 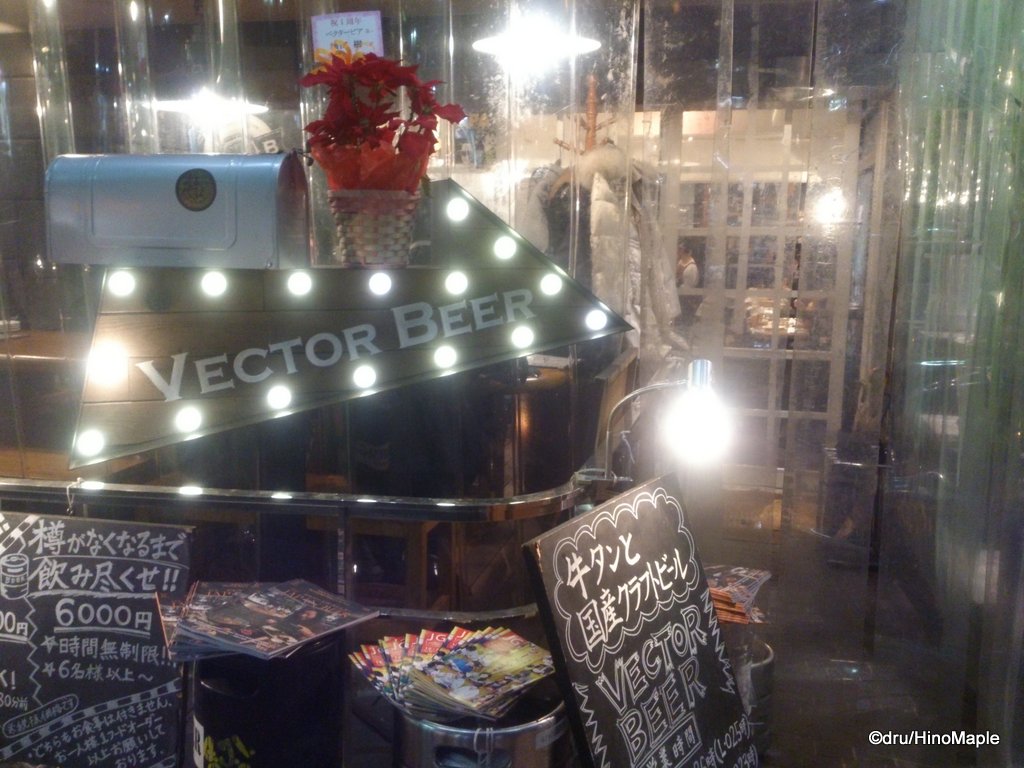 Vector Beer is not an easy place to find.  It is close to Shinjuku Gyoen so I walked from Shinjuku Station; a good 10-15 minute walk.  I couldn’t really find it at first as I was stuck walking around Shinjuku Nichome.  If you don’t know, Nichome is “infamous” for being the gay district of Tokyo.  It is full of nothing but gay friendly bars and some really interesting entertainment clubs.  I never really went into any of the gay bars myself but I have seen them on TV often.  I ended up having to look up the address again and found out I was on the wrong street.  I lost a few minutes just looking for the shop but once I got my bearings, I had no problems finding it. 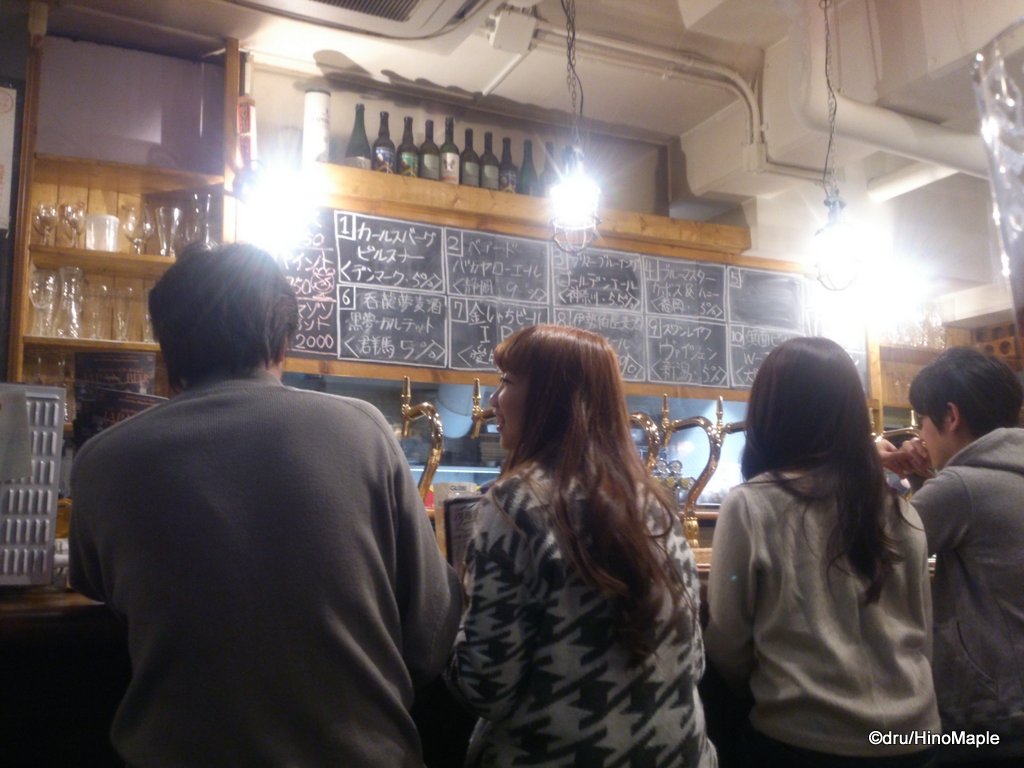 The outside of Vector Beer is pretty flashy.  They have a big bright sign but it is a little hard to read it.  The bright lights make it hard to read the sign but it is a very great concept.  Once I went inside I was shocked at how small and cramped the place was.  It was completely buzzing for a Saturday evening.  There were a few parties and a lot of couples.  I almost couldn’t get a seat but since I was only going to be there for an hour or less, I figured I could get a spot regardless and thankfully I was able to get a table. 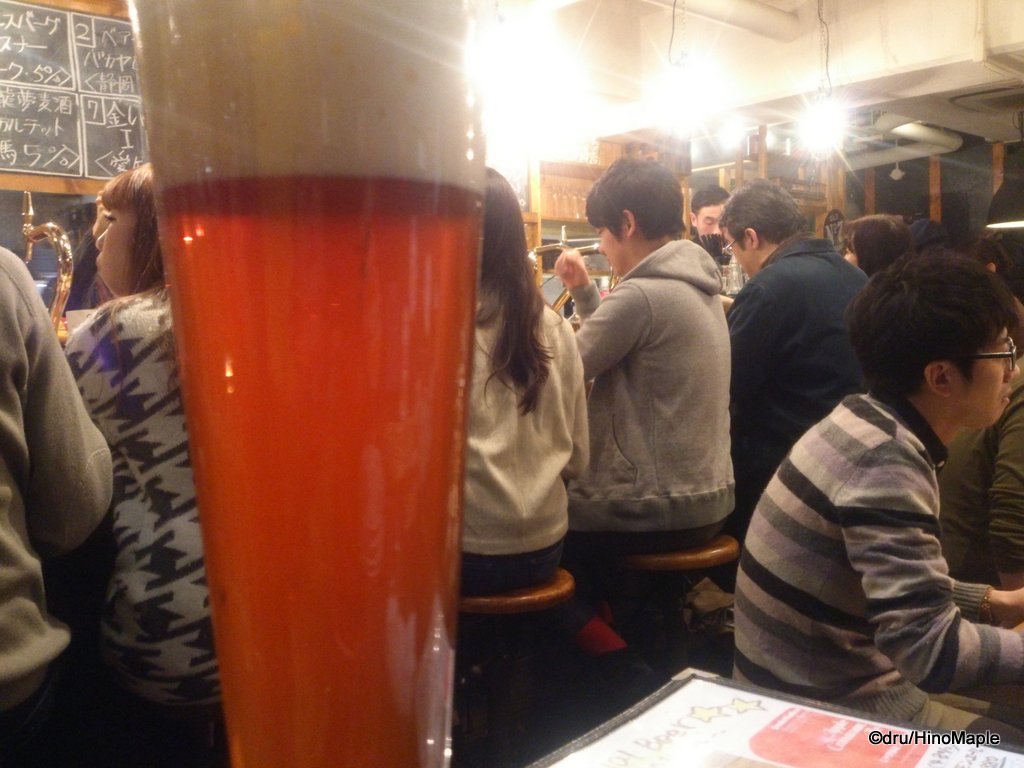 The place was so busy that I really couldn’t enjoy the bar, but if I was with a friend I know I could.  I really think it is a great place and they have about 10 taps and they were running out of beer pretty quick.  The prices were pretty reasonable for craft beer in Japan and the sizes were nice too.  The selection of beers available was quite good and they had a lot of my favourite breweries there too!  At first I was content with just a single beer but once I looked at the beer menu, I couldn’t believe that I could only stay for an hour.  I knew that I would have to be back another day. 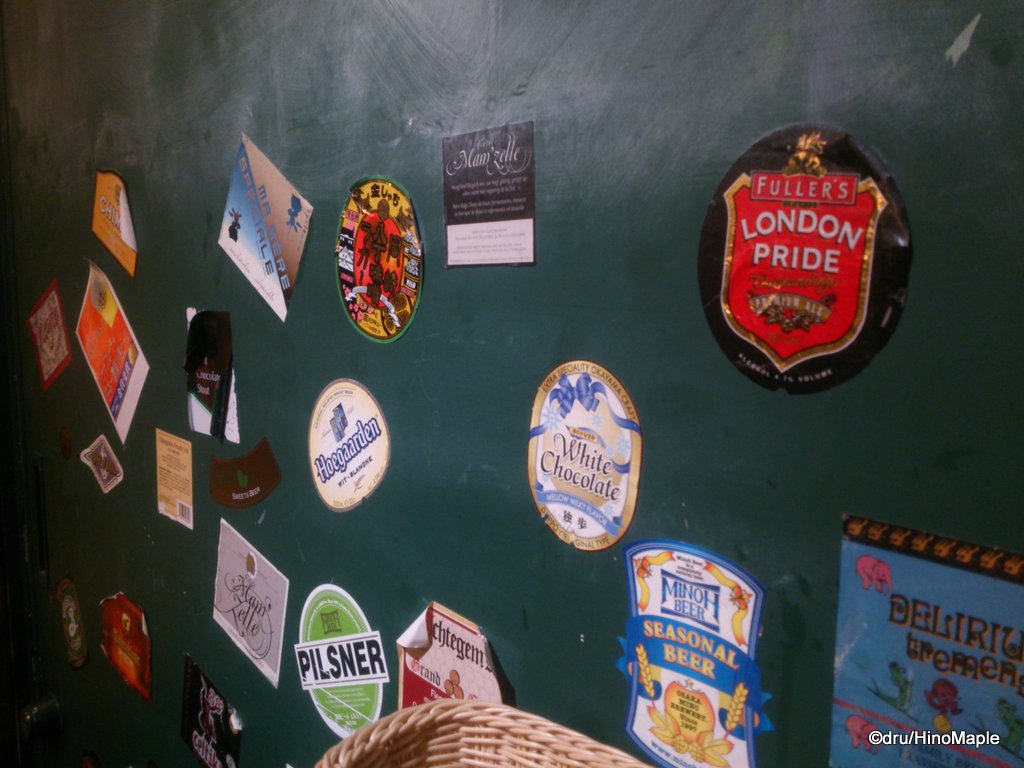 The food at Vector was pretty good too.  While I never ordered any food, I did have the customary seating charge snack.  They came out with some steamed clams that tasted great.  The food that I saw them bringing out for the other customers looked delicious too and the western style food with some Japanese accents looked delicious.  I can’t wait to go back again this year and try their food.  Do note that Vector has become so popular that they opened up a second shop, Vector Beer Factory, just down the street and I do plan to go there too.