Shonen no Mori is a mysterious place.  Well, not very mysterious but the entrance is very mysterious looking.  From the DL51 train, there was a sign at the mouth of a forest that said Shonen no Mori, basically translated as, Elementary (school age) Forest.  I was a little worried as the entrance was really dark and headed into what looked like a big forest.  It was a little worse to think of what types of pedophiles might be hiding in said forest, but E and I decided that an adventure is not had if we did not do stupid things like look for pedophiles to beat up in the forest. 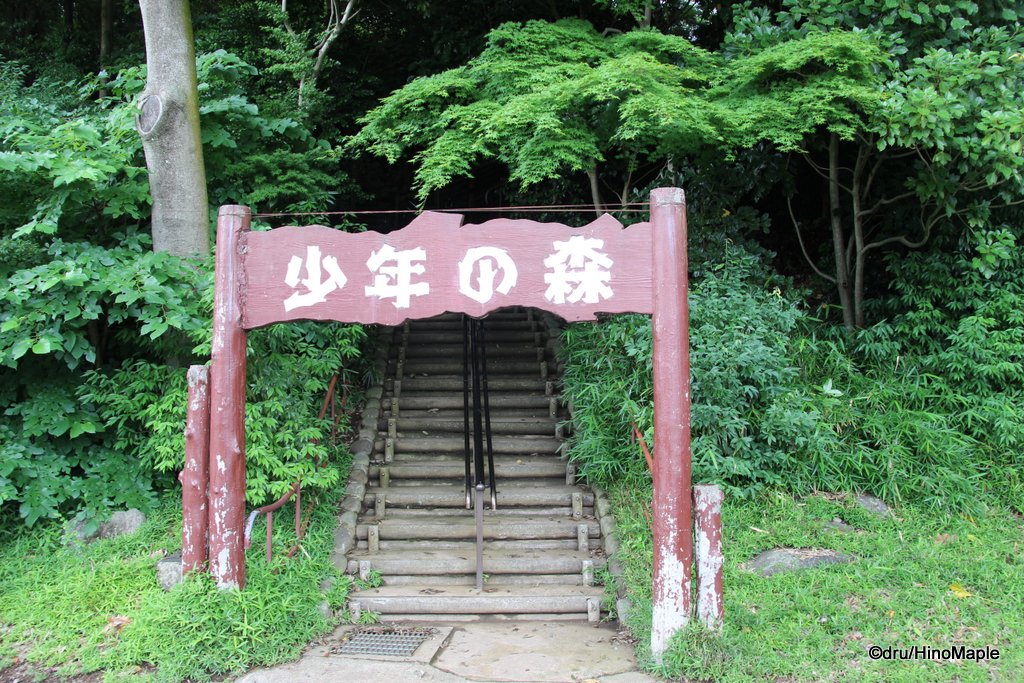 Once we entered the entrance, it was a straight staircase to the top of the hill where we were met with a nice open clearing.  At first we thought it would be a complete forest but like most of Japan, this was just on the surface.  The entire area was surrounded by the forest but not engulfed in it.  The main open field was not very interesting but as we progressed further into the “forest”, things got more interesting. 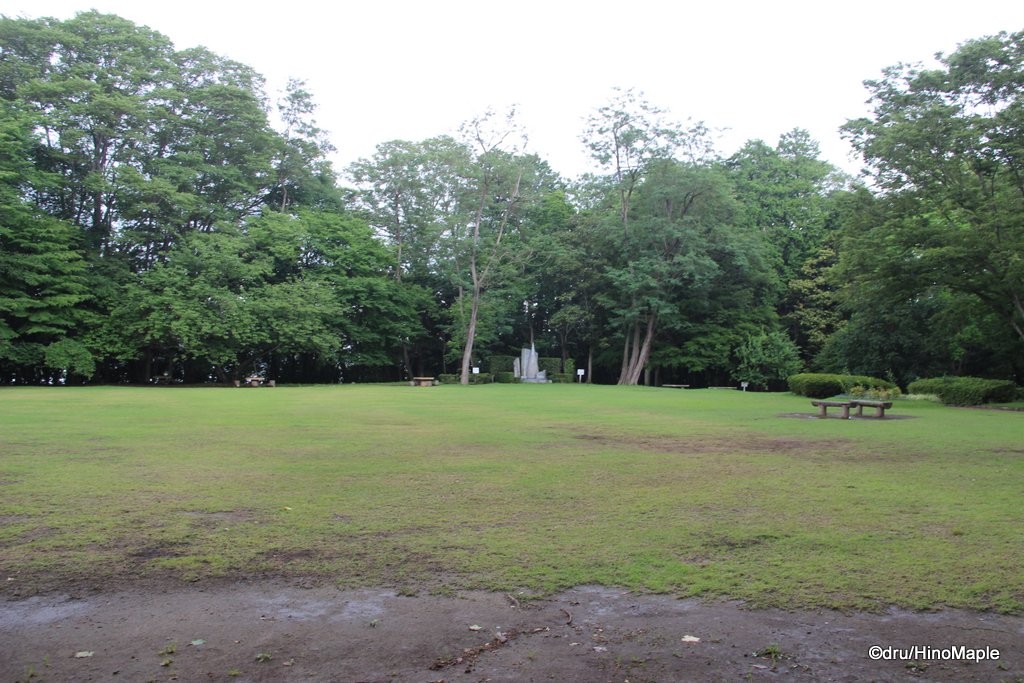 The entire area is actually a play forest for kids.  There were several different toys for them to enjoy and it looked like a hoot.  The few kids that were there was busy climbing on some of the toys but as the rain had started to drip from the sky we decided it was best to get moving.  That was until we saw the large slide.  Yes, a large slide.  The slide looked to be about 20 metres long and I was excited.  E dared me to go on it and being the fool that I am, I had to take him up on it. 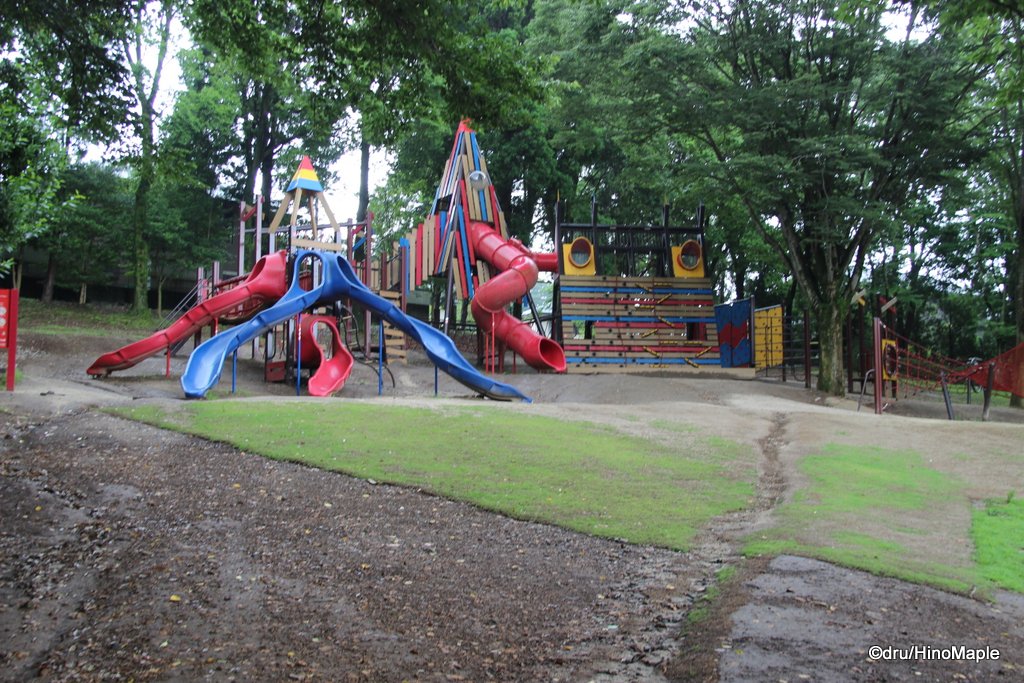 In Japan, not all slides are real slides.  This was one such slide.  It was a slide that had rollers rather than a smooth surface.  I had a little trouble as it had been raining and I didn’t want to get wet, so trying to figure a way to balance on my feet without falling over was a challenge.  It didn’t help that I was “over age” for the slide and I was technically breaking the rules. 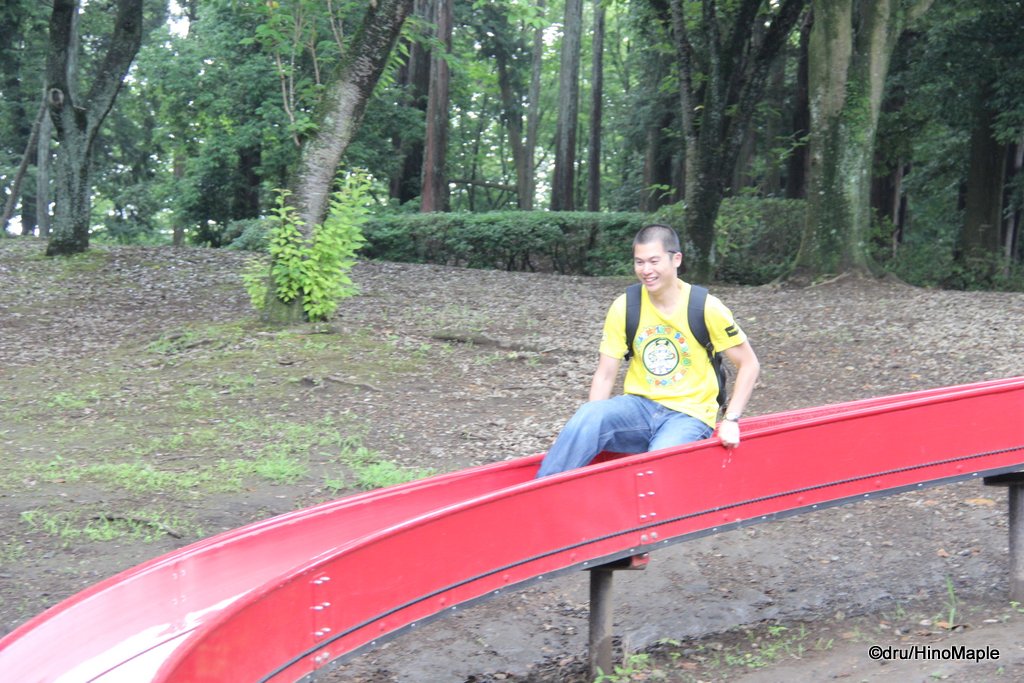 Sliding Down the Slide 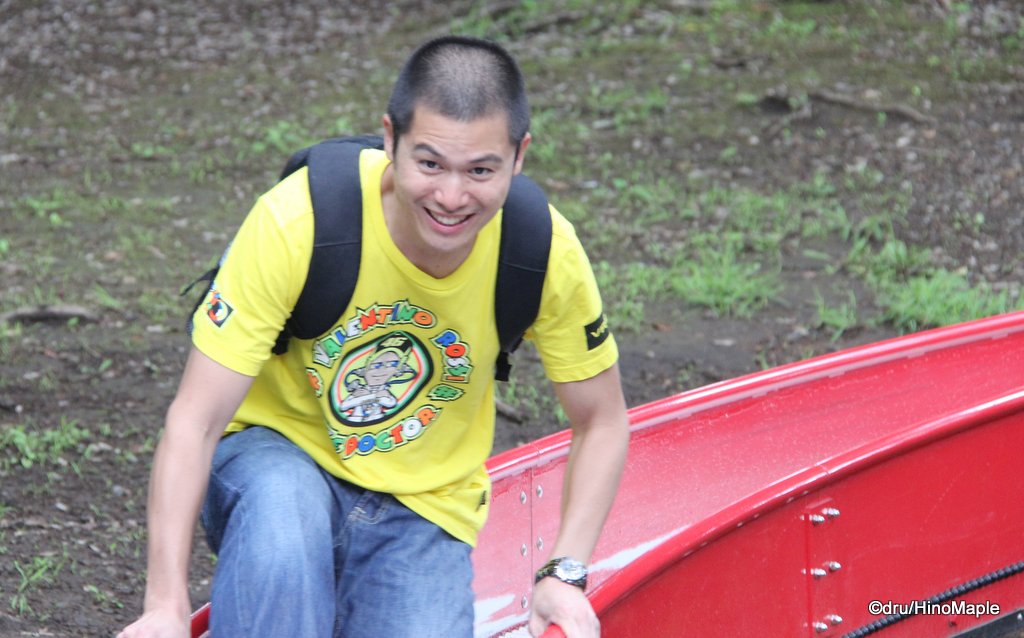 Realizing the end was Near

The terror in my heart as I kept speeding up down the slide, barely keeping my balance, was not very fun.  The sight of the approaching end of the slide and an inability to slow down was also playing in my head.  I had to figure out how to jump from the bottom of the slide and not fall flat on my face.  I’m happy to report that I safely landed at the bottom and carried my speed through to the path just a few metres away where I finally came to a stop. 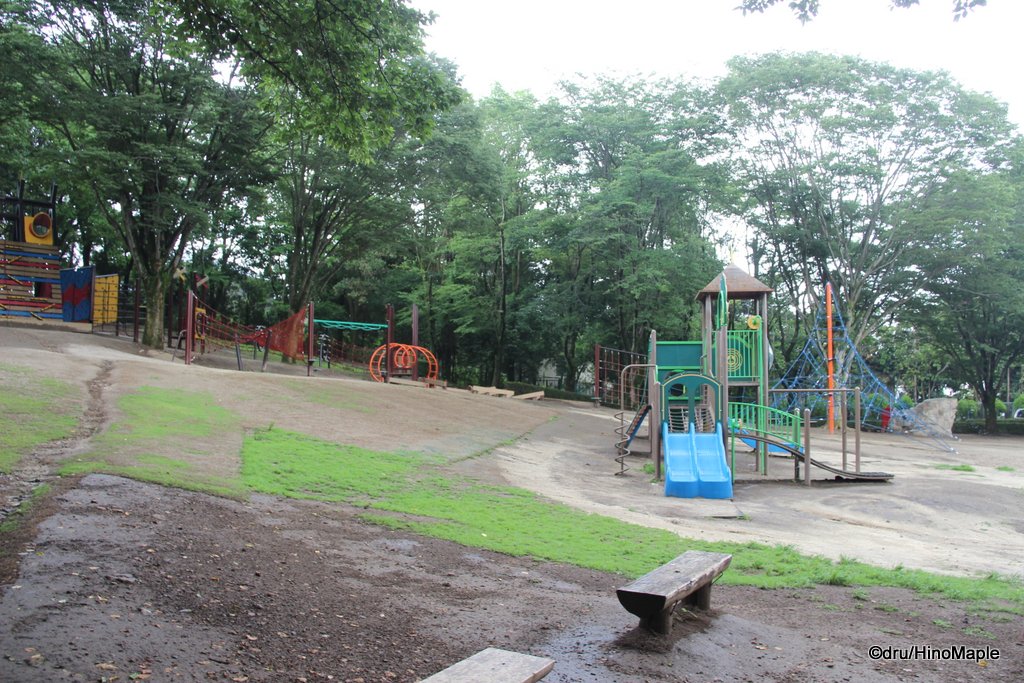 The inner child in me loves to play on big toys and slides.  With the right provocation, I’ll do anything that a kid should do and an adult shouldn’t.  I am childish like that.  It is a lot of fun to play around on slides in Japan and I don’t care what the signs say regarding age.  The slides are sturdy enough that I can cheat and not worry about breaking it.  If you are in the Shonen no Mori, take a trip down the slide, but be warned that it can be wet and your pants could be wet for an entire day.