Lake Senba is a large man-made lake in Mito.  It runs the length from Mito Station all the way to Kairakuen, and it is considered part of Kairakuen by some people.  It is about a kilometre in length and it is a very beautiful lake indeed.  It is pretty popular for people who are out for a daily walk or for runners.  To circumnavigate the entire lake, you need to run/walk for 3km but the path around the lake is wide enough that you don’t have to worry too much about being hit by others going faster than you. 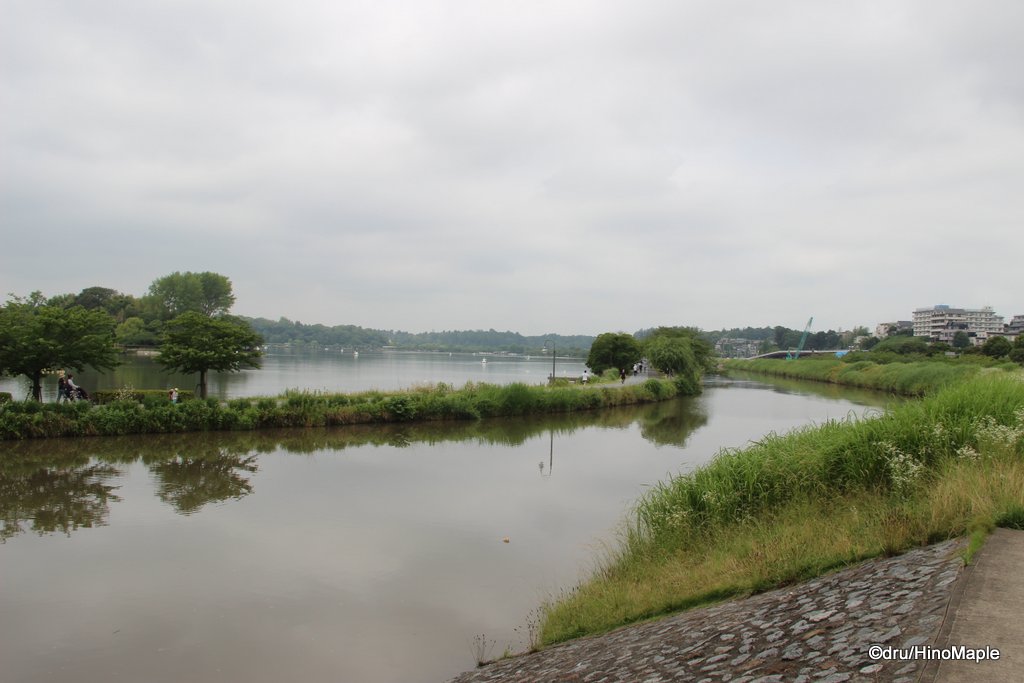 When I started the walk to Lake Senba, I started off at Mito Station, rather my hotel which was just a couple blocks away from Mito Station.  I enjoyed the nice path lined with tall grass that ran along a canal connected to the lake.  By the time I got to Lake Senba, things started to change slightly.  The grass got a little taller as I was on a small island next to the road rather than the path next to the Lake.  By the time I did get to the lakeside path I realized that things were very different. 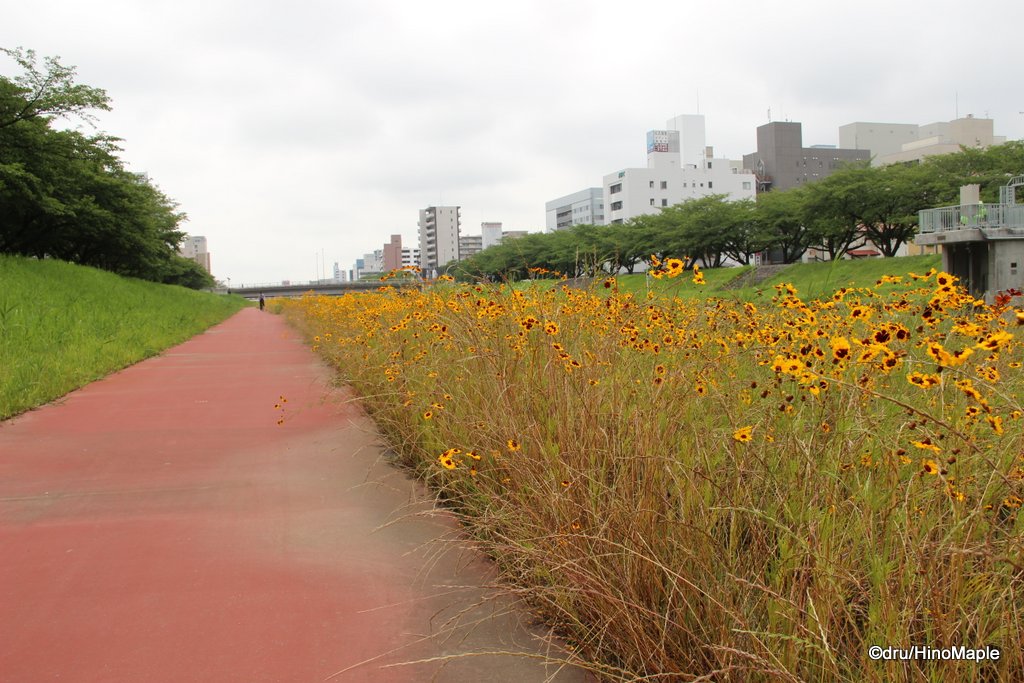 Lake Senba has a huge number of swans and ducks that make the lake their home.  As I was walking along the north shore of the lake, I couldn’t help but notice the large numbers of white and black swans.  They looked interesting but a little “dangerous”.  There were some ducks resting on the side of the lake but the swans were the most popular.  At the big end of the lake, you can even rent swan paddle boats if you’d like.  I’m not sure why the swans were brought into the lake but they did make an interesting addition. 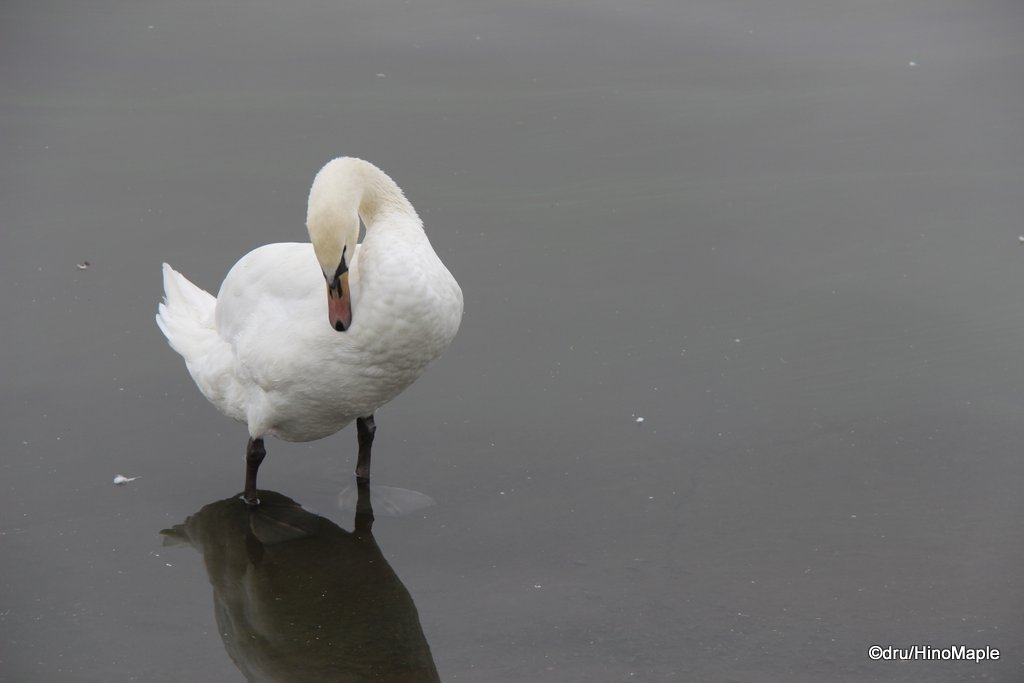 Once you get to the western shore, things start to get interesting.  The swan paddle boats are located in the northwest corner of the lake and there are various buildings to explore on the west side.  The most interesting part was a little dock that had a nice view of the large fountain.  The dock had an interesting feature; it had a fog or mist that came out of the bottom of the dock that almost made the dock look as if it was on fire.  It made a lot of people curious enough to want to check it out, including myself, and it was easily explained once I took a closer look at it.  Rather than being on fire, it was just a planned fog show. 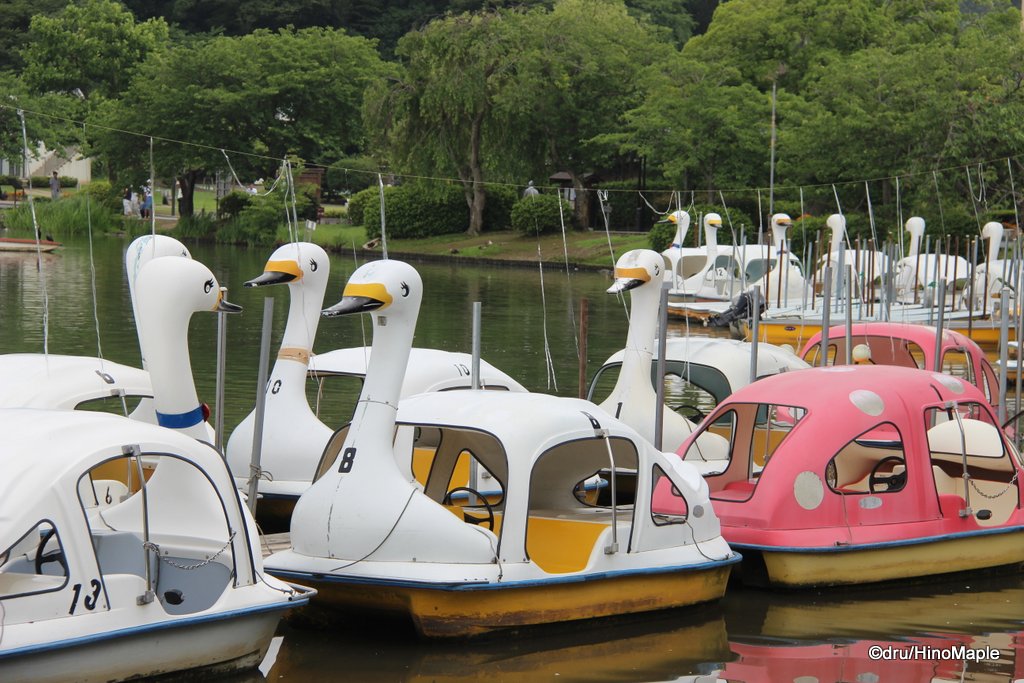 Lake Senba has 2 fountains.  The large fountain, as I just mentioned, is on the west side.  It is nice to look at and sprays at different times.  It wasn’t functional at all times, unfortunately, so I couldn’t get many photos of it.  On the south side of the lake is another fountain called the “small fountain”.  Obviously the designers were very creative in the naming process.  ;p 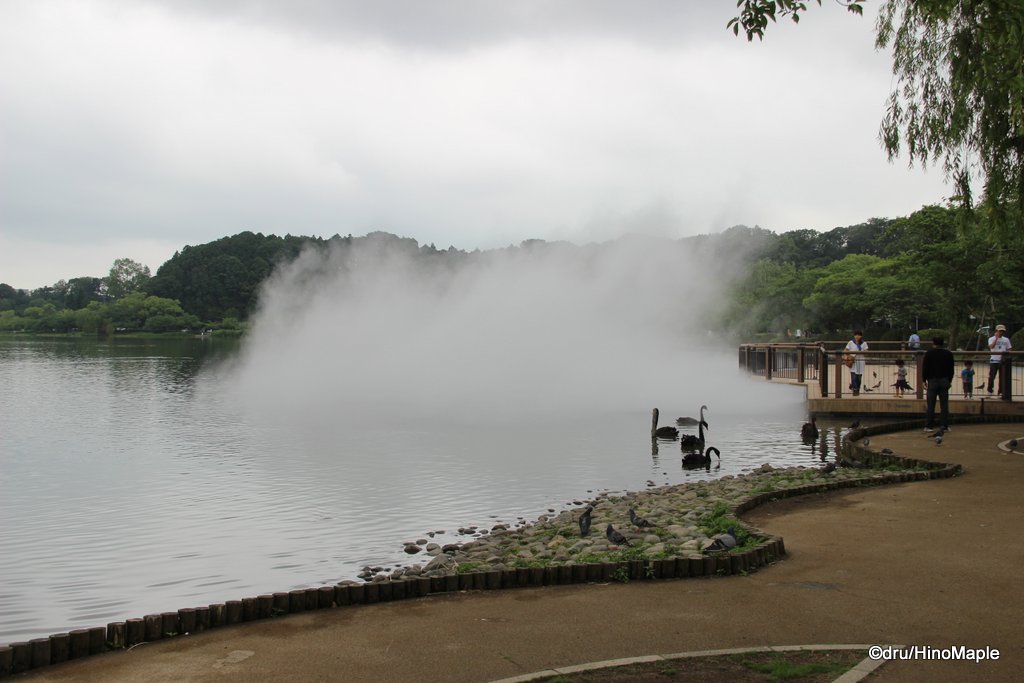 Lastly, on the west side, you can also enjoy a small prefectural building that promotes the local industry and omiyage but there is also a nice SL train.  The SL trains are pretty popular in Japan as they are some of the last steam engines left.  They are mostly on permanent display around Japan and on the west side of Lake Senba is a nice large train that you can scale.  I’ll elaborate a lot more in a future post. 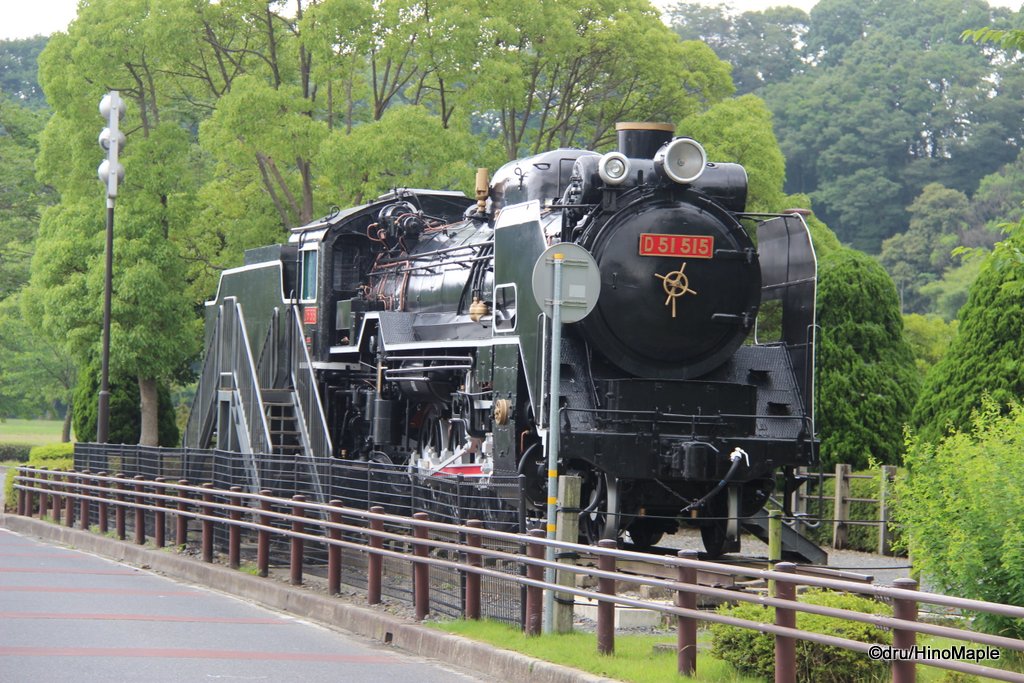 In my opinion, most of the northern side and eastern side of the lake are pretty boring.  It is beautiful to enjoy the peace and quiet and enjoy the nature but there really isn’t much else to see or do.  Most of the buildings and activities are on the west and south side.  I didn’t get a chance to really explore the entire area around the lake due to time and energy but it didn’t seem so interesting to me.  In the future, I might head out and check out the south side and more around the western side of the lake.