When I visited Ise, I wanted to take my time with the city and enjoy it as best as I could.  I decided that spending a night there meant I would be more refreshed and I wouldn’t be constrained by time by needing to return to Nagoya or somewhere in between.  There were places I could have stayed that were busier and more famous for an evening near Ise, but I decided that I would give myself up to two full days in Ise.  It was not easy trying to find a good hotel in Ise; many of them are old and many of them are ryokan.  I can see why the ryokan are popular in Ise as the dining choices at night are scarce, but I tend to stay in hotels rather than ryokan.  If you are visiting Ise, do consider a ryokan as the dinner included will probably be worth it as there aren’t too many restaurants that open at night, but if you are a single traveller, there are decent enough hotels that will serve your needs well. 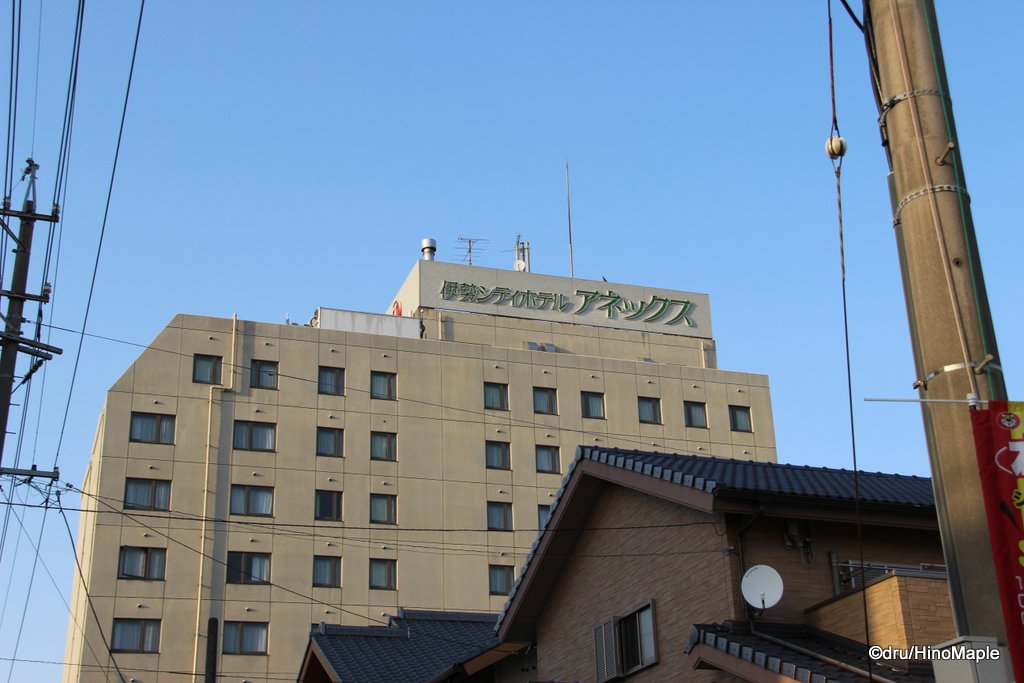 I decided to stay at the Ise City Hotel Annex because it was a newer building compared to the main building which was down the street.  It was farther from the station but the fact that it was newer also meant that it was probably nicer.  It isn’t easy to get to the hotel at first and I nearly got lost, but thankfully I had my smartphone to point me in the right direction.  When I finally got to the hotel, I quickly checked in and left my bags there.  I got all of the information I needed from the front desk and headed straight to Ujiyamada Station to catch a bus to the inner shrine.  The good point about this hotel is that it is slightly closer to Ujiyamada Station so getting a seat on the bus is pretty easy compared to the outer shrine stop.  Everyone seems to head to the outer shrine to catch the bus when in reality you can go anywhere.  Around the hotel there are a lot of conveniences.  There is a supermarket and a convenience store next to the hotel and a big drug store nearby as well.  I didn’t know about the supermarket and drug store at first but it wasn’t a problem. 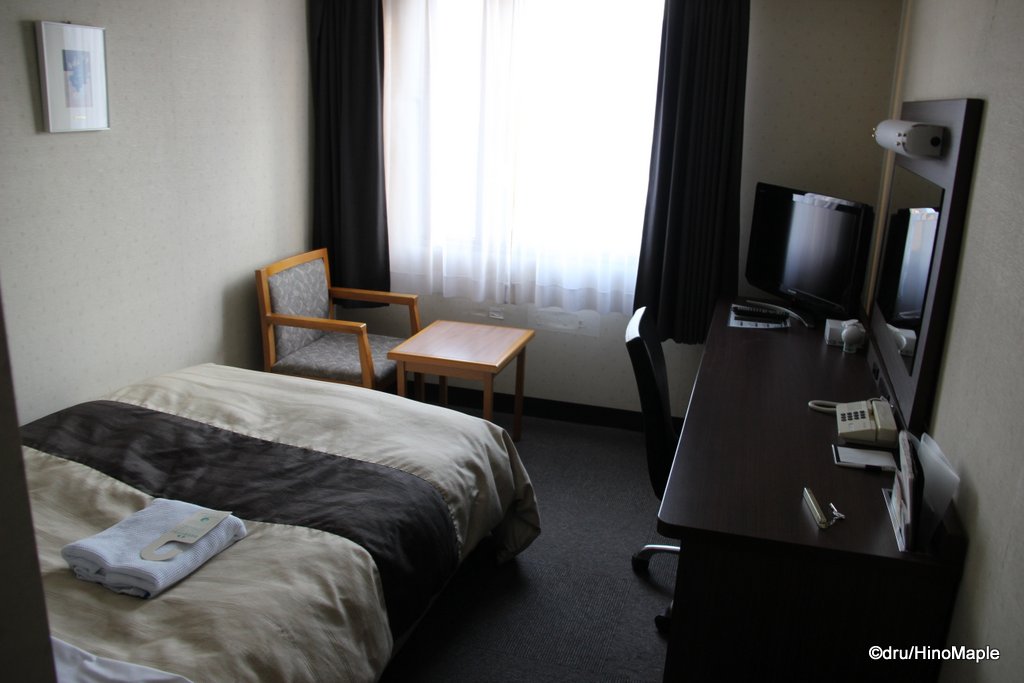 The Ise City Hotel Annex is just a block from the Kintetsu Railway and while the trains can be noisy at times, the trains stop early enough overnight that it won’t really bother you, even if you have a window facing the tracks.  My room was not bad either.  It was more spacious than I had expected and I even had space for an extra chair and table.  The only problem with my room was that I was just above the neighbouring house.  One floor down was someone’s kitchen.  I felt bad for the family but being in a small town I couldn’t complain.  I have had worse views, such as being immediately next to a building.  So close that I could literally touch the neighbouring building wall.  The room was still pretty standard with a TV and basic amenities.  There really isn’t anything to complain about. 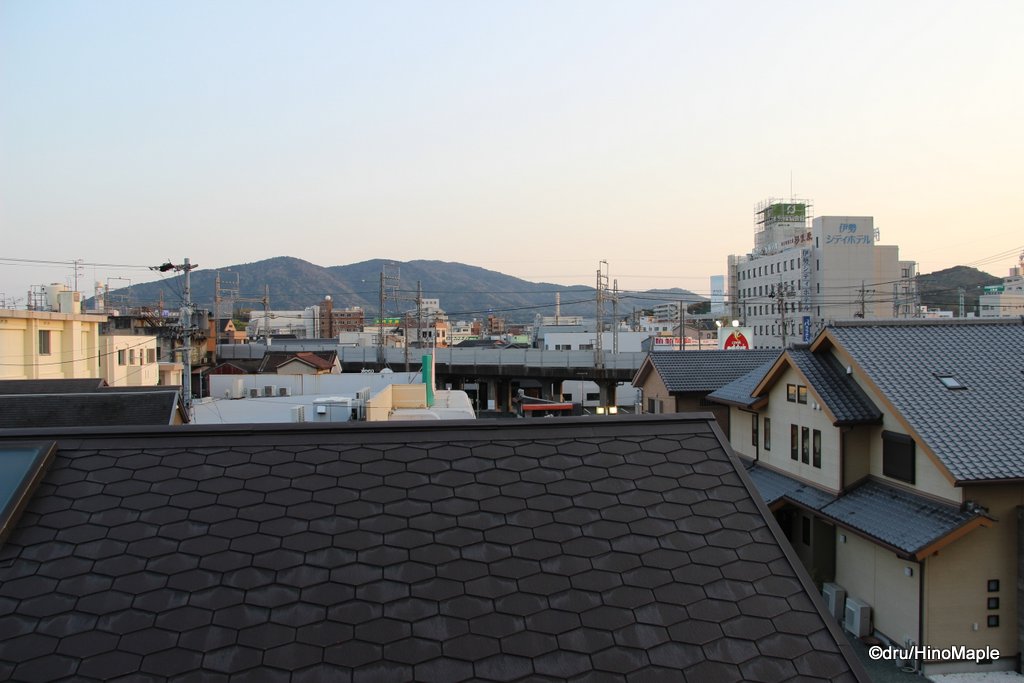 I did have a little trouble when it came to breakfast.  When I booked the hotel, I used jalan as always and the booking site was a bit confusing.  When I booked the room for my parents, I got a double and it said it included breakfast.  The details of the room didn’t mention breakfast but there is a little sign that said it was included.  When I booked my room, it said that breakfast wasn’t included, but in the description it said it was included.  This confused me a lot and I had to clarify things when I checked in.  They said that breakfast was included in the price for both rooms and thankfully I could eat breakfast with my parents.  There were three choices when I went.  An American style eggs and toast breakfast, a Congee (okayu) breakfast, and a Japanese style breakfast of fish.  We basically ordered each of them and you have to order it at check-in.  When visiting this hotel, it was important to speak Japanese as it helped make things a big smoother but it isn’t necessary.  They have limited English and usually one of the workers knew enough English to help most people. 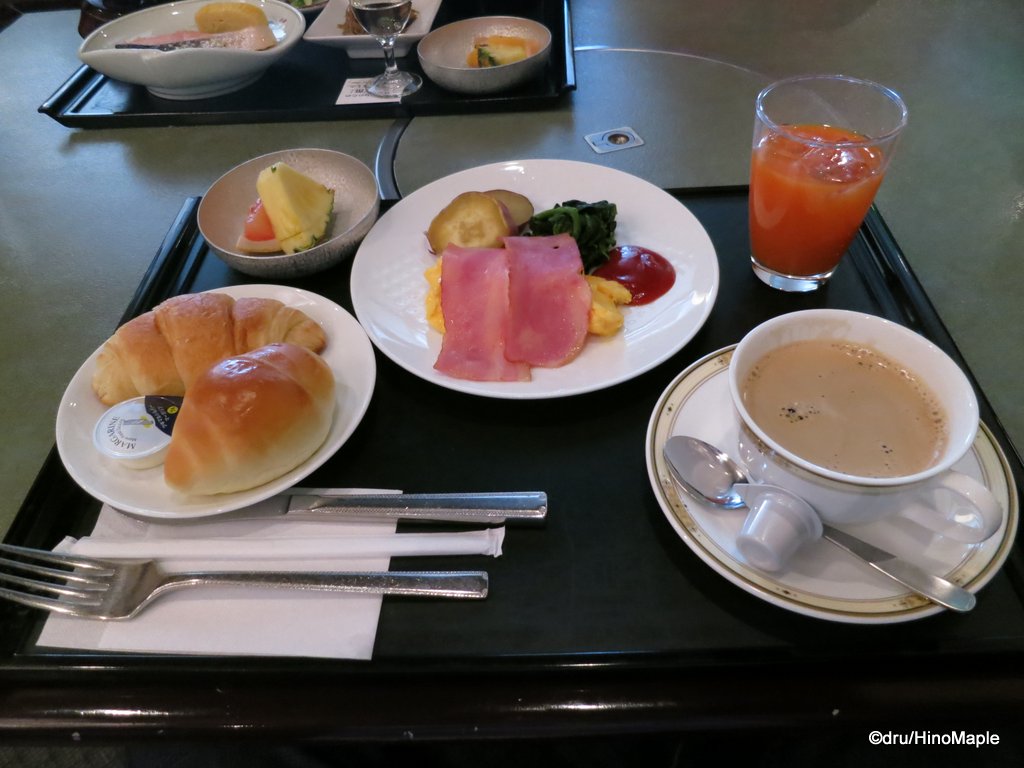 The Ise City Hotel Annex is a good hotel and I have no complaints.  Many of the problems were out of the hotel’s hands.  The fact that there were very few restaurants in the area is not their fault as it is a problem with the town itself.  The fact that we were next to someone’s house is also not their fault.  The need to find a good location can be difficult in an area that is essentially suburban sprawl.  They did their best to accommodate people and they were pretty helpful in suggesting things to eat.  I doubt I would want to stay in Ise again but I don’t like rushing through things.  I will probably spend a night in Ise if I am visiting the shrine but I would also try to get out of town a bit too.  One night is more than enough if you are a tourist and a ryokan might be better as you do get a nice dinner with your room. 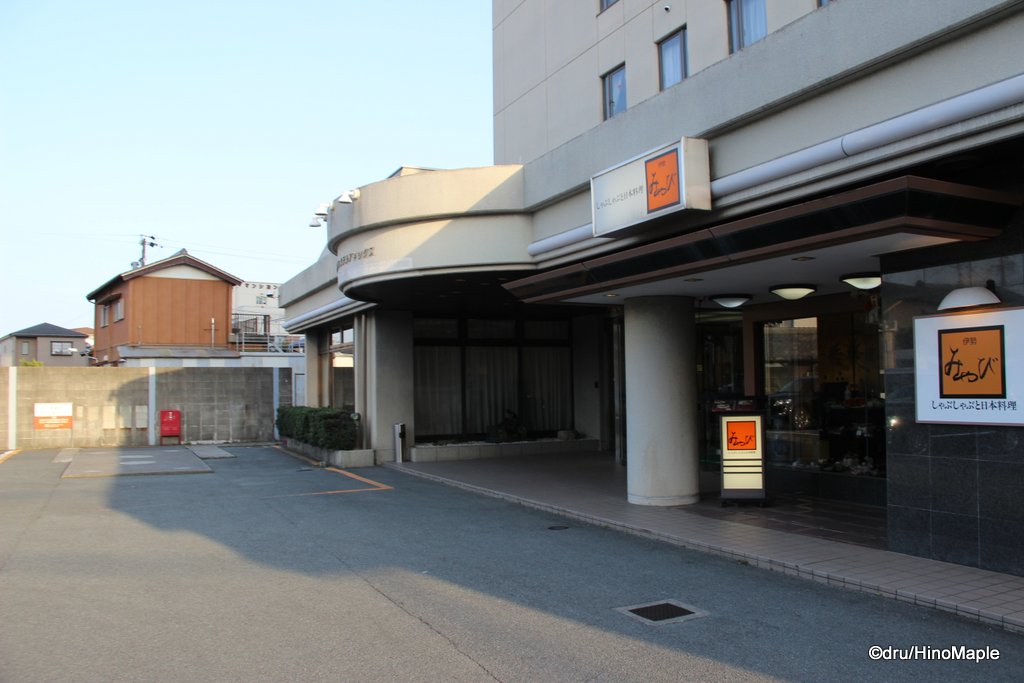